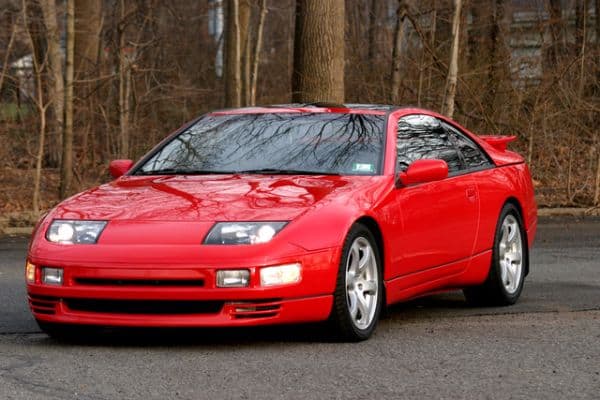 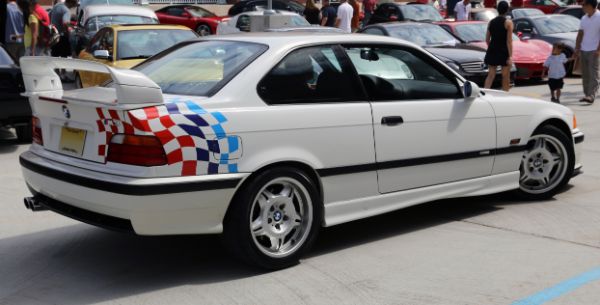 Many Nissan fans will say that Nissan stopped being a sports car company when the S30 line (240/260/280z) line of z-cars ceased production.  The first generation Z-cars caught the attention of collectors a long time ago and have increased in value.  Now, the time has come for the 300zx produced between 1990 and 1996.

Later generation Z-cars became more luxurious and some of the turbo cars produced notable performance.  With bigger turbos and other mechanical modifications, the 300zx turbo could be tweaked to produce amazing performance.

The z32 model that was first introduced in 1990 had a pioneering design at the time.  Available in a two-seater, coupe and convertible body style, the 300zx handled very well and had a gorgeous design.  While 1990 through 1996 300zxs can still be found in good condition at a reasonable cost, don’t expect this to be the case forever.

The BMW e36 M3 was the second generation of the legendary sport-coupe and the first to have a six cylinder engine.  The E30 M3 that the E36 replaced have skyrocketed in value over the past several years commanding six figure prices for low-mileage examples in good condition.

The E36 M3 put out close to 250 horsepower, was very balanced, and offered in a coupe, sedan and convertible body style.  The M3 was available in bright colors such as Dakar Yellow, Techno Violet, and Estoril Blue, colors that are sought after today.  The only E36 M3 model that has increased in value is the rare lightweight CSL model sold in 1995.

If you are looking for bargains among the air-cooled Porsche models, you have missed the boat.  Prices for the 911, 912, and 914 have all shot up in value in recent years.  It is the water-cooled Porsches that have caught the eye of collectors.  Prices for the sophisticated 928 have been increasing in value and it is the 968 that is being closely watched.

The 968 is much scarcer than its cousin, the 944.  The 968 had a large 3.0 liter four cylinder motor with variable valve timing.  It really moved in a straight line and was one of the most balanced and best handling Porsches of all time.  Only 13,000 were produced with 4,700 making their way to the United States.

Test marketed in partnership with Winnebago, the precursor to the first generation 4Runner was produced between 1981 and 1983.  Called the Toyota Trekker and sold in the United States and Canada, only 1,500 units were produced. The quirky Trekker basically made the business case for the 4Runner, which eventually shut down the Trekker.

It was rumored that Toyota built the 4Runner as a way to get around paying the “infamous” chicken tax.  By adding a fiberglass roof, rear seats, and seat belts, Toyota sought to reclassify the vehicle as a passenger car.  The chicken tax levied a 25 percent duty on imported trucks.

Early generations of Toyota trucks along with the 4Runner are looking like the 4-wheel drive vehicle of choice for those collectors who have been priced out of the market for Toyota’s legendary FJ40. 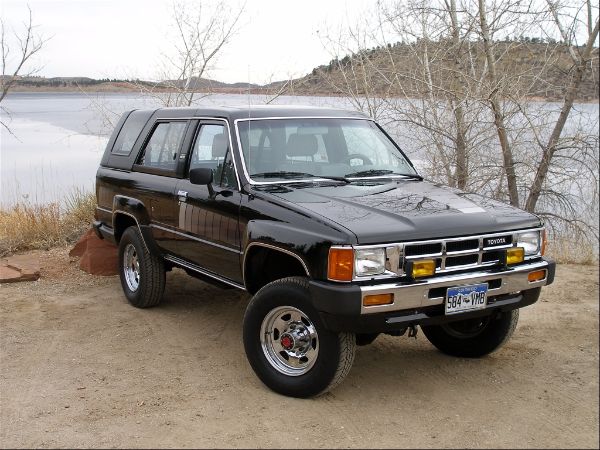 Replacing the legendary R107 series Mercedes-Benz sport coupe that was produced between 1971 and 1991, the R129 had some very big shoes to fill.  Available with a number of engine sizes ranging from a 3.0 liter V6 to 6.0 lite V12, the twelve cylinder model joined the line-up in its third model year.  Producing close to 400 horsepower, performance was lightyears of the previous SL that it replaced.  The new SL also came equipped with pioneering technology such as retractable roll-bar that pops into position in the event of a roll-over.

R129 SLs have been showing up recently in auctions, a sure sign that they have caught the attention of collectors. 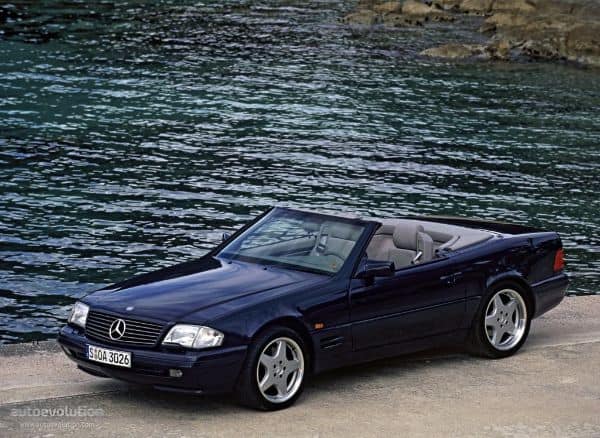 The Mondial and the V12 400i / 412 are amongst the last of the older Ferraris that have not increased in value.  However, that may finally be changing.  Ferrari Mondial prices in particular have been climbing.

Offered in 2+2 coupe and convertible body styles, the Mondial shared the same engine with the famous Ferrari 308 / 328 from the same era.  Likes its 308 / 328 cousin, it was designed by Pininfarina and was pretty reliable.  With two seats in back, owners were also able to take their kids along.  This, plus the sound of a Ferrari V8 mounted right behind you, the question is why have they not yet increased in value. 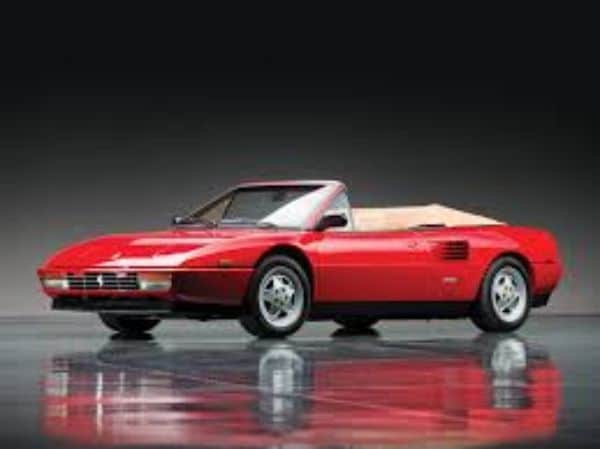 Replacement to the scrappy Volkswagen Sirroco from the 1970s and 80s that was at home in every high school parking lot, the Corrado VR6 was viewed as a potential collector even before production stopped.  With front-wheel drive and a narrow-angle V6, it addressed many of the shortcoming of every sporting Volkswagen that came before it.

If you find a low-mileage example in good shape, grab it because they are becoming very difficult to find. 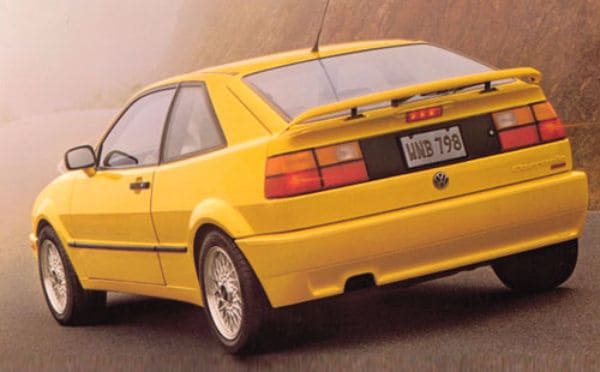 The first generation Audi TT with its unique styling and Bauhaus-like interior is coming up on many future collector radars. It is very similar to the classic 1950s Porsche 356.

The design of the TT started at the Volkswagen’s California Design Center and was shown as a concept car in the 1995 Frankfurt Motor show.  The small Audi two-seater takes its name from the famous British Isle of Man TT (Tourist Trophy) motorcycle race.

The design of the Audi TT was very progressive at the time and was nominated for the North American Car of the Year award in 2000.  It was also on Car and Driver’s Ten Best list for 2000 and 2001. 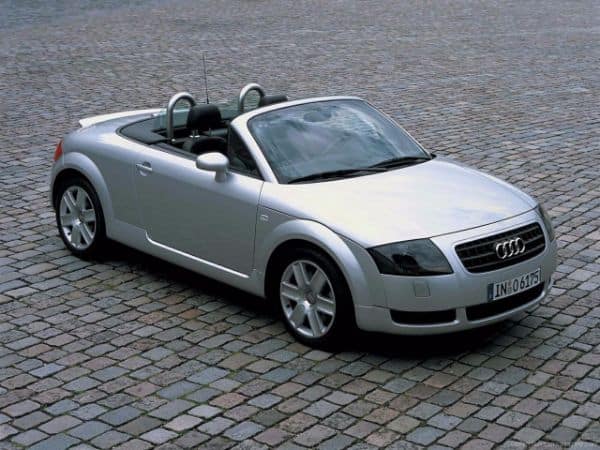 The giant Cadillac Coupe de Ville is making a comeback, believe it or not amongst Gen-Xers and Northern European collectors.  The Coupe de Ville set a record for interior width that would not be matched until the full size rear-wheel drive models of the mid-1990s.  The 1971 though 1976 Cadillac Coupe de Ville was a massive vehicle and consumed fuel as such.  In 1971, a stock Coupe de Ville placed third in the annual coast-to-coast Cannonball Run posting an average speed of just over 84 miles per hour, averaging 8.9 miles per gallon. 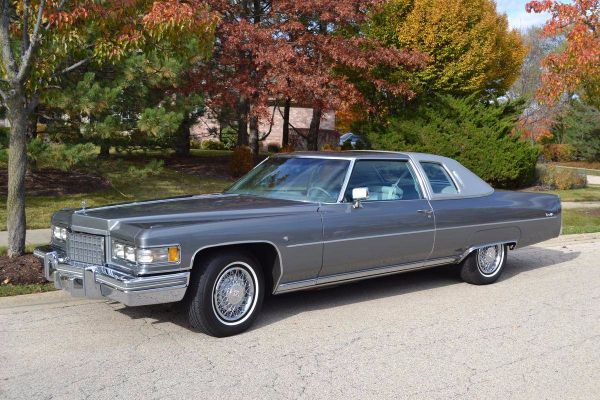 Previous generations of the Pontiac Trans Am like what was run in the Smokey and the Bandit movies are now sought after collectables.  Waiting in the wings, is the Trans Am made famous by the television show, Knight Rider.  Manufactured between 1982 and 1992, many of the fans of the show are now coming of the age where they have disposable income to burn.   As a result, these vehicles are pretty safe to appreciate in value. 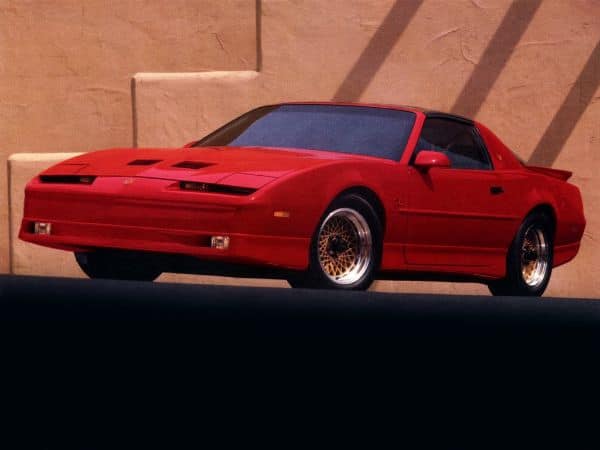 
Seven Very Cool '67 - '68 Mustang Restomod Creations!
10 Cool Sports Cars That Will Rock Your World
VOTE: Which Ride Are You Going To Take To The Polls? [Video]
25 Crazy Engine Swaps That'll Make LS Swap Look Like Kinderg...
5 Most Interesting Cars From 2020 Goodwood Festival of Speed
What Most Soccer Moms Drive