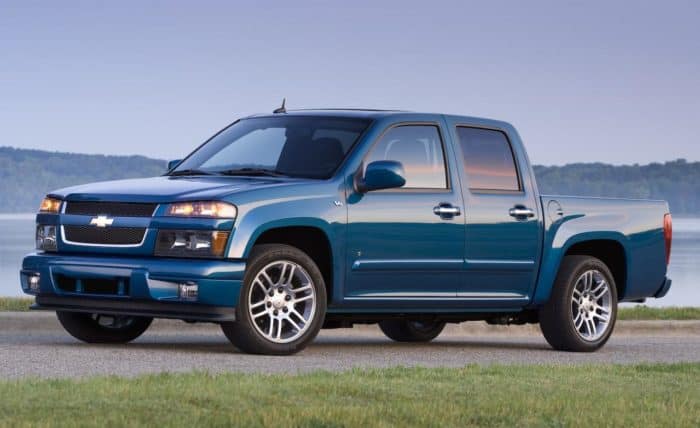 4-cylinder, straight-six, V6, V8, V10, V12, and even 3-cylinders are all more common than the 5-cylinder engines these days. It wasn’t that long ago that 5-cylinders were much more common than today when they’re basically on the margins of the automotive scene. They were first incorporated in 1974 by Mercedes-Benz, although Henry Ford experimented with them in the late thirties. 5-cylinder is a compromise between the 4-cylinder and a V6 in pretty much every sense of the word. It’s stronger than 4-cylinder, and physically smaller than V6 which makes it an interesting choice, especially for transverse mounting. Or at least that used to be the case. 4-cylinders today are more efficient and pretty much equally powerful which makes 5-cylinders obsolete. This is the reason why there aren’t many of them left, and their numbers are shrinking further with every passing day.

5-cylinder’s biggest advantage over 4-cylinders (apart from being able to offer more power) are its power stroke cycles and firing order. They occur every 144 degrees of a crank rotation (720/5=144), whereas 4-cylinders have a power stroke for every 180 degrees (720/4=180). To better understand the figures, 720 stands for two complete rotations of the crankshaft (360 degrees times 2 equals 720 degrees). 720 divided by 4 or 5 cylinders gives 180 or 144 degrees respectively, after which the power stroke occurs. This in turn makes 5-cylinders much smoother than 4-cylinders. Although straight-sixes are even smoother, and don’t require an additional balance shaft, discrepancy between them and the fives isn’t as big as the smoothness gap between the five and the four.

Back to the task at hand. Today, when most straight-fives are already phased out, we reflect on 10 great cars which used to have them. Whether diesel or petrol, it doesn’t really matter. What matters is the odd number of cylinders which many car enthusiasts will sorely miss.

The Best 5 Cylinder Cars That Ever Went On Sale!

The Mercedes-Benz W123 chassis was the first to fully incorporate a 5 cylinder engine into its lineup, although first version of the OM617 5-cylinder (the 910) first debuted on 115W chassis in 1974. OM617.912 made its debut with already mentioned Mercedes-Benz 123 in 1976, and it stayed there until the end overseas, and until 1981 in the US. It was a 3.0 liter five-cylinder engine capable of making 79 hp in 300D, 300CD and 300TD models (87 hp from 1979), or 123 hp in all three five-cylinder turbo iterations. Mercedes-Benz 123 was one of the most reliable cars available at the time, and it was one of the most popular choices as a result. It’s one of the reasons why Mercedes-Benz had finally managed to gain the US buyers’ confidence. Irony never ends, does it? For the diesel to make a boom in the states, I mean. 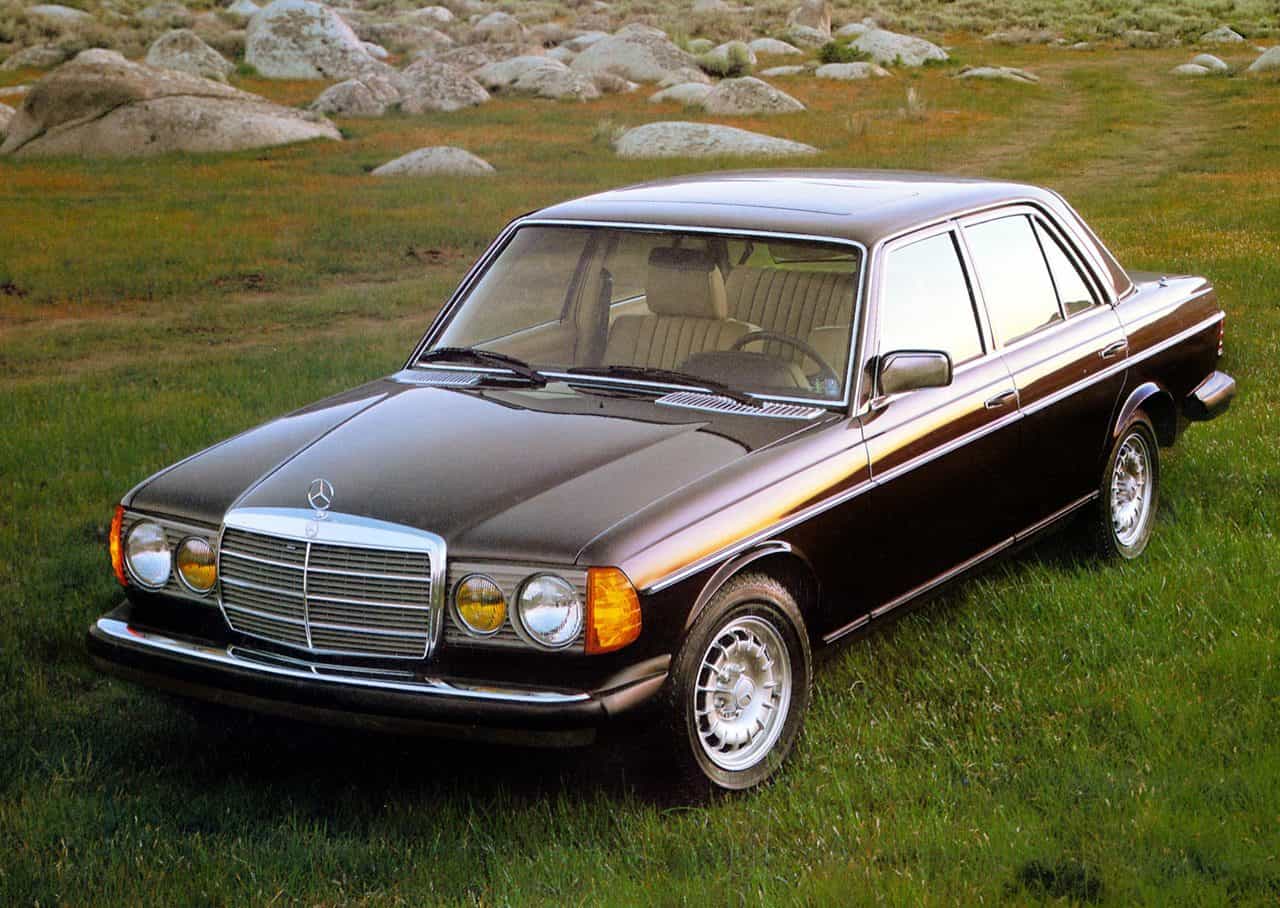 The Audi Quattro is still considered one of the most inspiring cars German manufacturer has made. Not only that rally car had the mandatory all-wheel drive, but it also had a host of 5-cylinder engines at its disposal. First it was the 2.1L turbocharged mill with 197 horsepower and 210 lb-ft of torque. Then in 1987, Quattro received 2.2L turbo in-line five with the same amount of power. Finally, between ’89 and ’91, it was powered by 2.2L turbo five with 217 horses. Throughout its 11-year long run, Quattro was only offered with the five-speed manual. Just the way it should have been. During its WRC career, it was driven by the likes of Group B rally masters such as Stig Blomqvist, Hannu Mikkola, Michèle Mouton, and Walter Röhrl. Unconventional sports cars – absolutely nothing like an Aston Martin or Porsche – but sporty nonetheless. 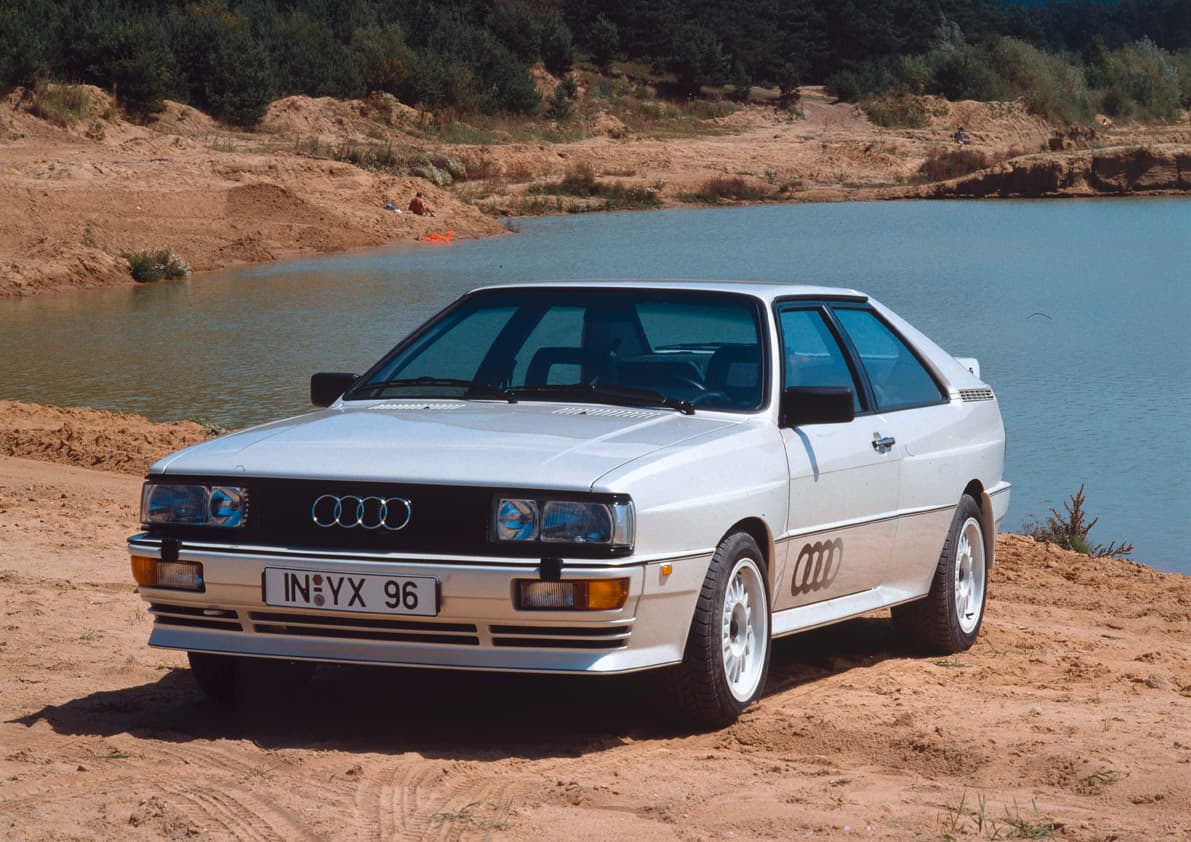 The third generation Honda/Acura Vigor made quite a jump over its predecessor in terms of available power. Its 2.0L and 2.5L G-series straight-five engines were able to put up 158 hp and 188 hp respectively. They were mounted longitudinally although Vigor was the front-wheel drive car. Of course, US market only received the stronger option between ’92 and ’94 from Honda’s luxury cars division. Smaller of the straight-fives was only available in Japan, but that was to be expected since Japanese models were built on a more compact platform. Many people don’t remember the Vigor anymore, but it was the upscale version of the Accord back in the day.

The Alfa Romeo 159 is one of the freshest models on this list, being replaced by Giulia in 2011. Upscale mid-size car was available as saloon or estate, and it came with a host of engines including 4-cylinders, V6s, and of course straight-fives. In fact, it only had one straight-five, but that’s enough for us. Alfa Romeo 159 was moved around by Fiat’s 2.4L Multijet common rail turbo diesel engine delivering 197 horsepower between 2005 and 2010, and 207 ponies between 2007 and 2010. It also generated 300 feet-pound of torque in both versions of the engine. It wasn’t the best car around, nor was it the fastest one, but it did collect more than a few rewards for its impeccable styling. A thing Italians do best. 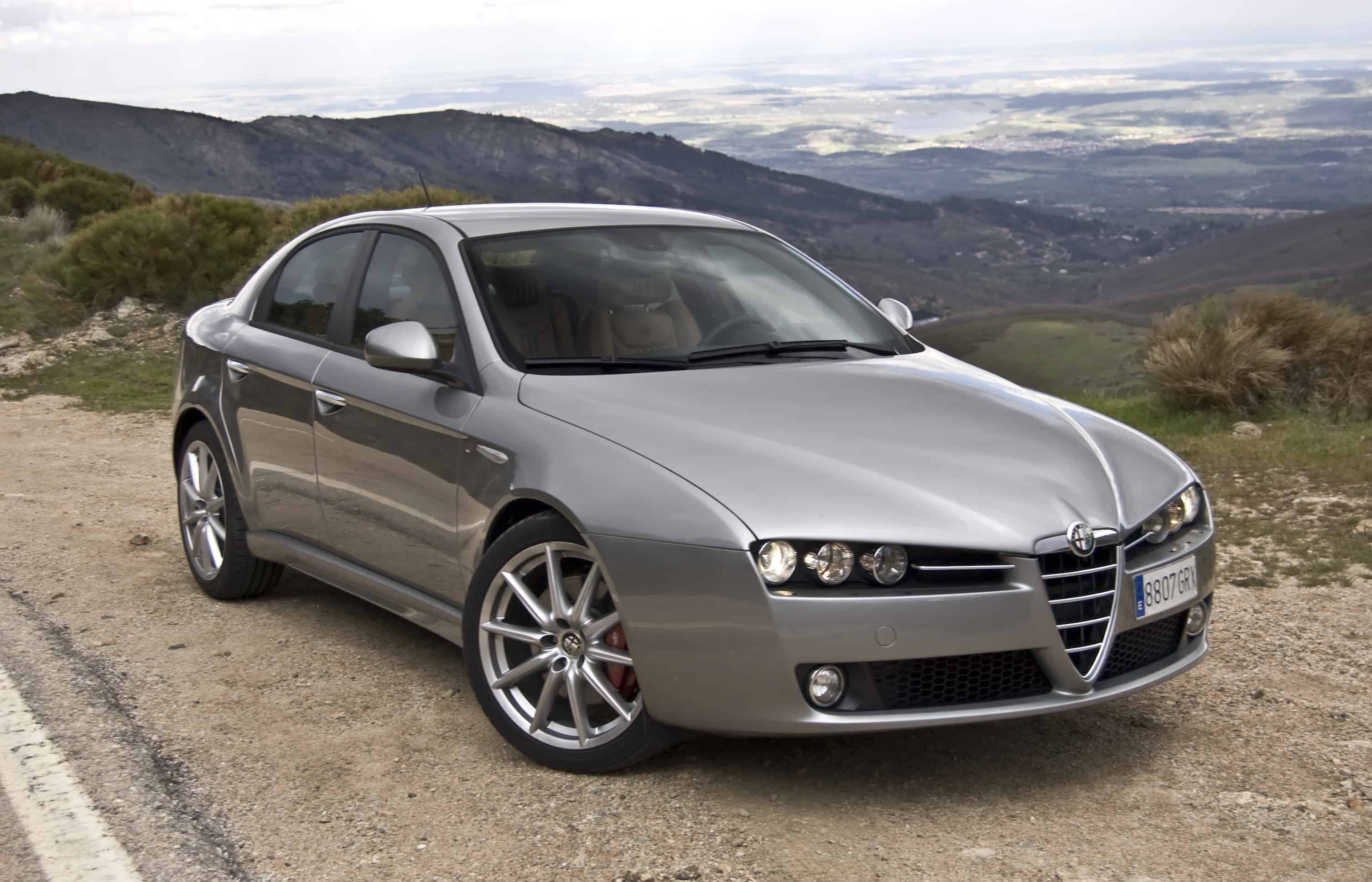 No matter what Volvo 850 you chose between 1990 and 1997, they all had the in-line five engine. Swedes fitted no less than six versions of their famous modular 5-cylinder with displacements ranging from 2.0L to 2.5L. Our choice for the day, however, has to be the 850 R. While it used to be available in the US, the most inspiring version of the car wasn’t. I’m talking about special overseas models fitted with M59 manual transmission and Torsen limited-slip differential. It allowed B5234T4 2.3L in-line five to unlock its full potential which read 250 horsepower and 260 lb-ft of torque. Volvo 850 R in this setup also offered a larger turbo, revised manifold and intercooler, and special ecu with Motronic 4.4 among other things. And don’t forget its boxy shape, especially in estate version of the car. 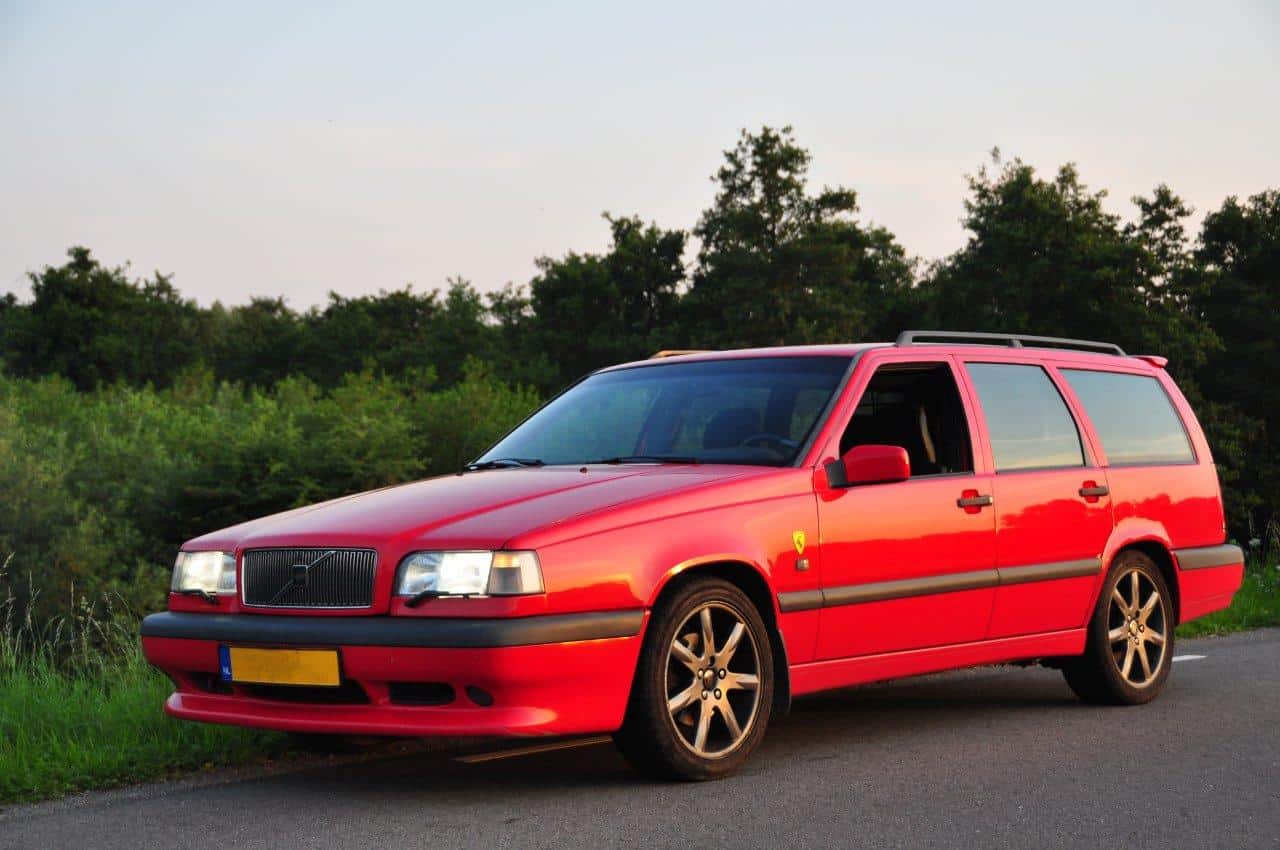 You might not remember this, but the second generation Jeep Grand Cherokee (WJ) used to have couple of 5-cylinder options under its hood. Of course, these weren’t available in the US. First of them was the VM Motori 3.1L turbo diesel making 140 hp and 271 lb-ft of torque between 1999 and 2002. In 2002, Italian diesel was replaced with the German Mercedes-Benz common rail diesel of the 2.7L displacement. German engine produced over 160 horsepower and 270 lb-ft of torque. All subsequent generations continued offering common rail diesel engines overseas, but five-cylinder was phased out in favor of a V6. 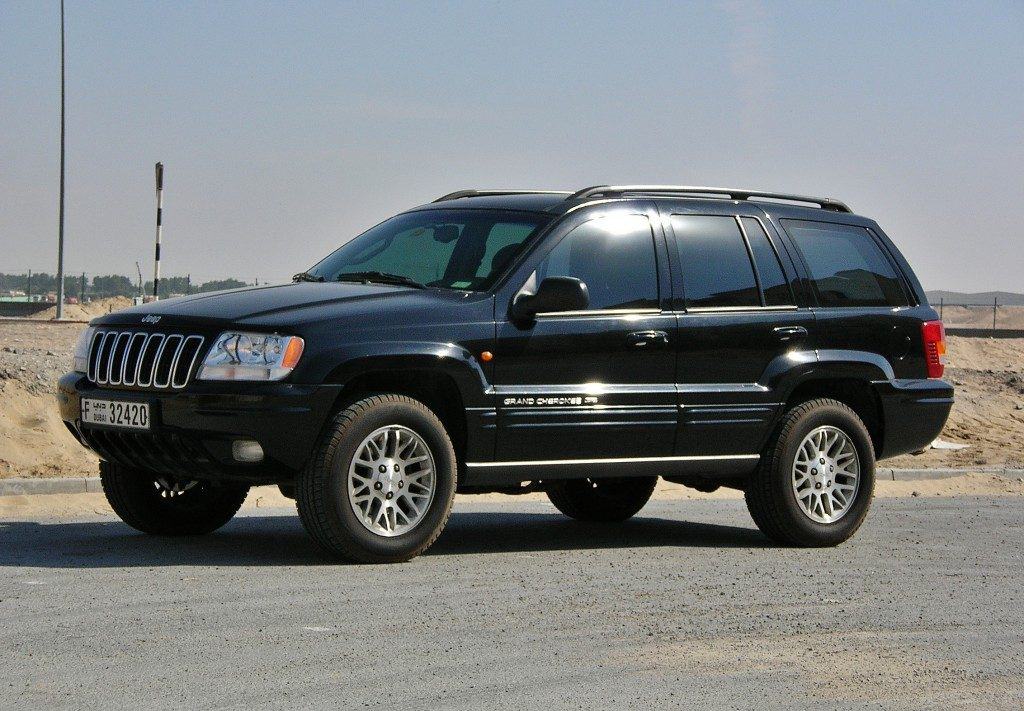 The 2.5L turbocharged straight-five engine wasn’t exclusively available in the Ford Focus RS Mk 2, but in the Focus ST as well. However, it only produced 225 horsepower in ST, so we decided to go with 301 hp and 325 lb-ft of torque RS. Mk 2 Focus RS was much better executed than its predecessor which seemed to have a will of its own on roads that weren’t silky smooth. That was never a good thing for a rally car. Apart from already powerful RS, Blue Oval also offered the special 500-units edition of the Focus RS500. It had the same Duratec 5-cylinder, albeit with even more power. 345 horsepower and 340 lb-ft of torque to be more precise. That was accomplished thanks to a larger intercooler, larger air filter box, and better fuel pump. Sadly, the new Ford Focus RS is an in-line four EcoBoost affair. While four-cylinder engines are ok, they lack the charm of these old five-cylinder cars! 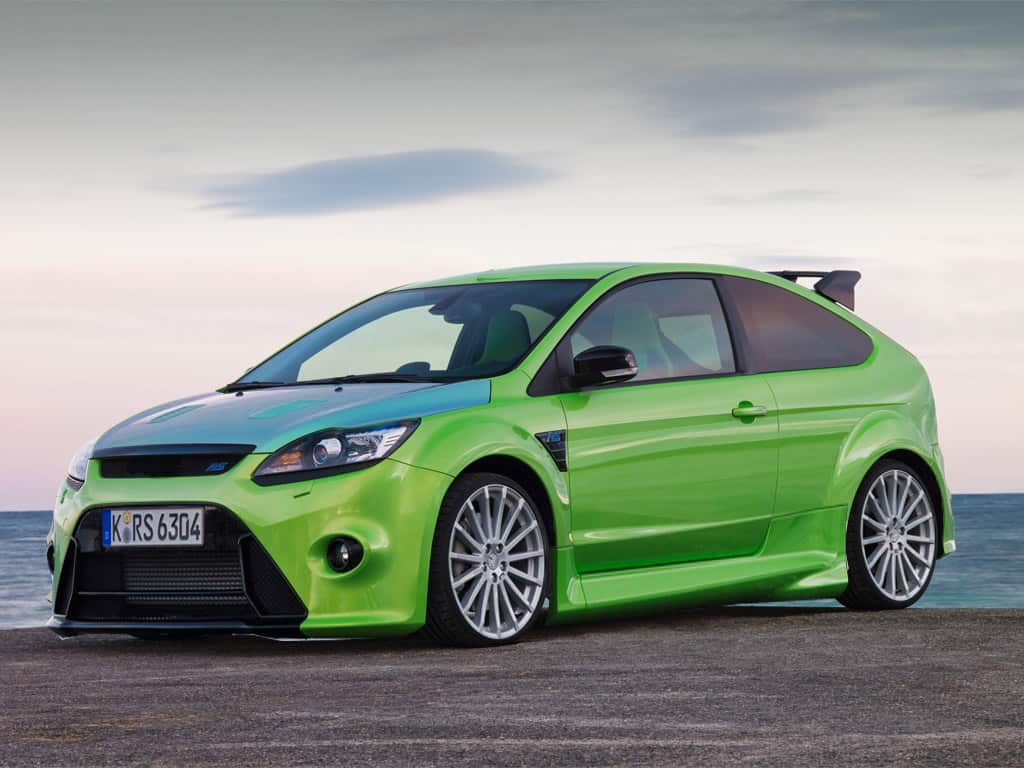 The new Chevrolet Colorado immediately scooped up Motor Trend Truck of the Year award for 2016 year model and there’s a reason why it won that car of the year award. It’s an efficient, capable and refined mid-size pickup and one shouldn’t be asking much more from it. The first generation, though, had much more engines to choose from. There were four-cylinder engine models, five-cylinder units, and burly eights readily available. Straight fives were the famous GM Atlas engines. First there was the 3.5L L52 version with 220 hp until 2006. Then from 2006 until the end of production, there was the 3.7L LLR engine making 242 hp. They weren’t as efficient as the four cylinders, but they offered much more power. At the same time they weren’t as thirsty as V8s, although being underpowered in comparison. Many car reviews rate the Colorado higher than the likes of the Ford Ranger, but that’s a matter of fierce debate. 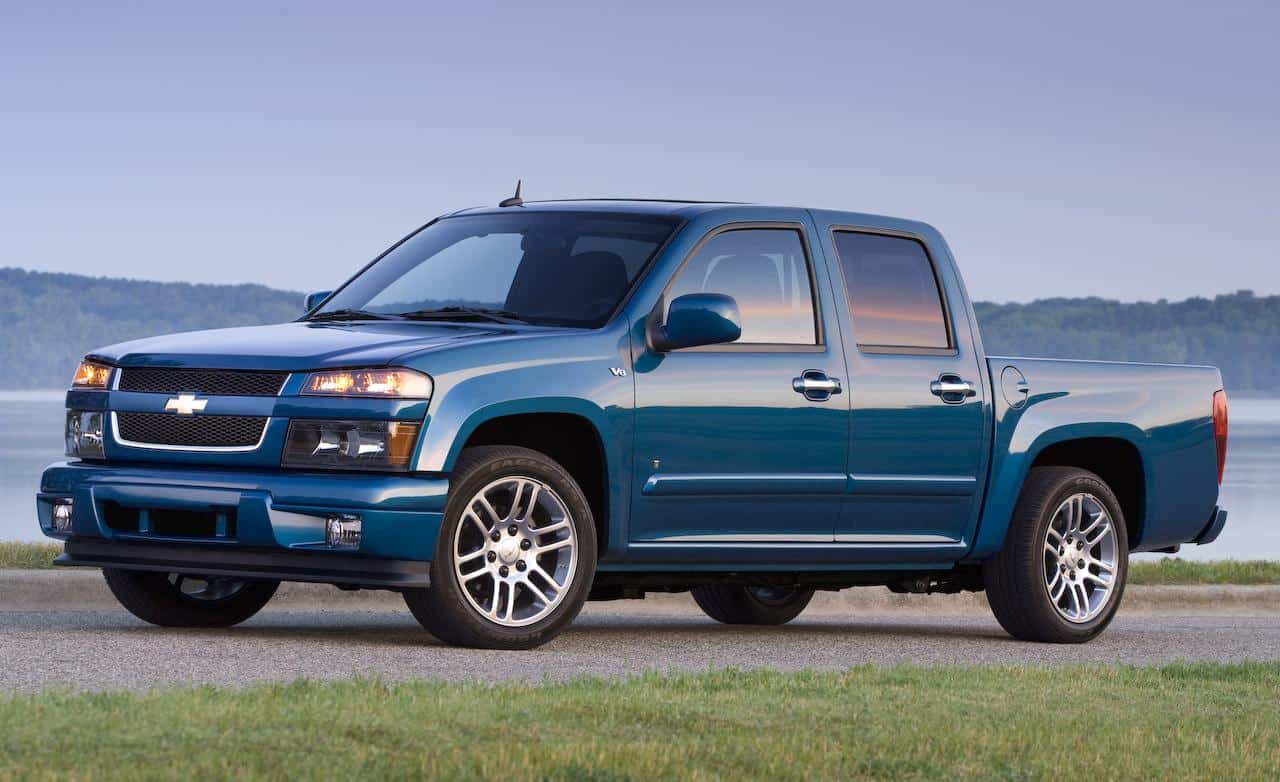 The Land Rover Defender was always considered one of the most reliable and rugged SUVs in existence, and it’s one of the most popular models in the category among car culture enthusiasts. Such was its 2.5L Td5 engine as well – specially introduced to help the model meet emissions regulations. It was the only Land Rover-built engine to remain in production after BMW took over, and it proved to be as rugged and reliable as the Defender name itself. Defender’s straight-five turbo diesel was capable of making 122 hp and 221 lb-ft of torque, although some tuning houses were able to squeeze as much as 220 ponies out of it. When it was phased out in 2007 and replaced by Ford Duratorq engine, the Td5 five-cylinder diesel engine was the last Land Rover-designed and built engine. 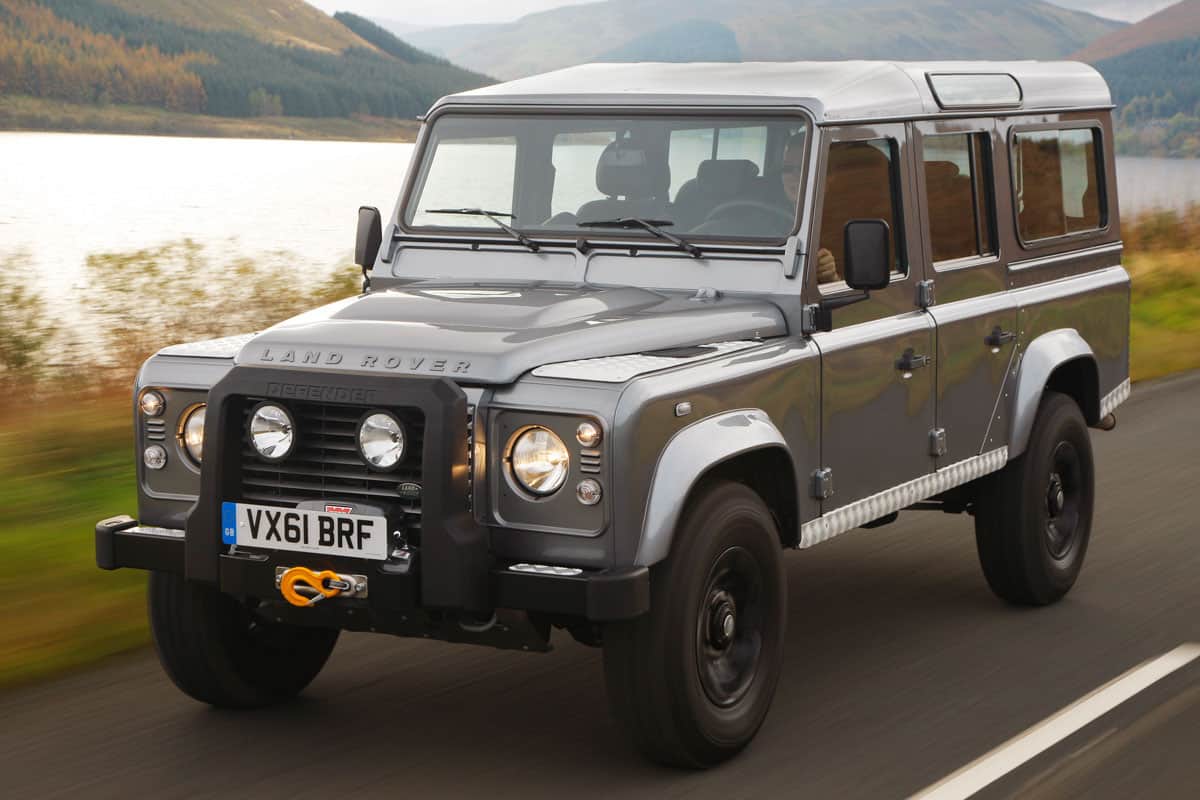 There were actually a lot of exciting Audi models with five-cylinder engines but we simply couldn’t list them all. goinf against the grain, the firm introduced their first five-cylinder engine in the second-generation Audi 100, and the rest is history. Apart from the Quattro and RS2 Avant, there was also the Audi RS3 and TT RS for example – all stupidly fast cars. RS2 Avant, though, is something we won’t be seeing for a while. 311-horsepower station wagon with more grip than many race cars was one of the things that were extremely fun to drive while also being practical. With a top speed of 163 mph and 0 to 60 acceleration time of 4.8 seconds were only part of the package. The 2.2L turbocharged five-cylinder was mounted longitudinally, and Avant offered the Quattro all-wheel drive with it (with a superb exhaust note, might we add). This was before the Audi “A” nomenclature time, and RS2 Avant was actually special version of the Audi 80. That’s the equivalent of today’s Audi A4. Audi Sport enthusiasts love playing around with these awesome cars. 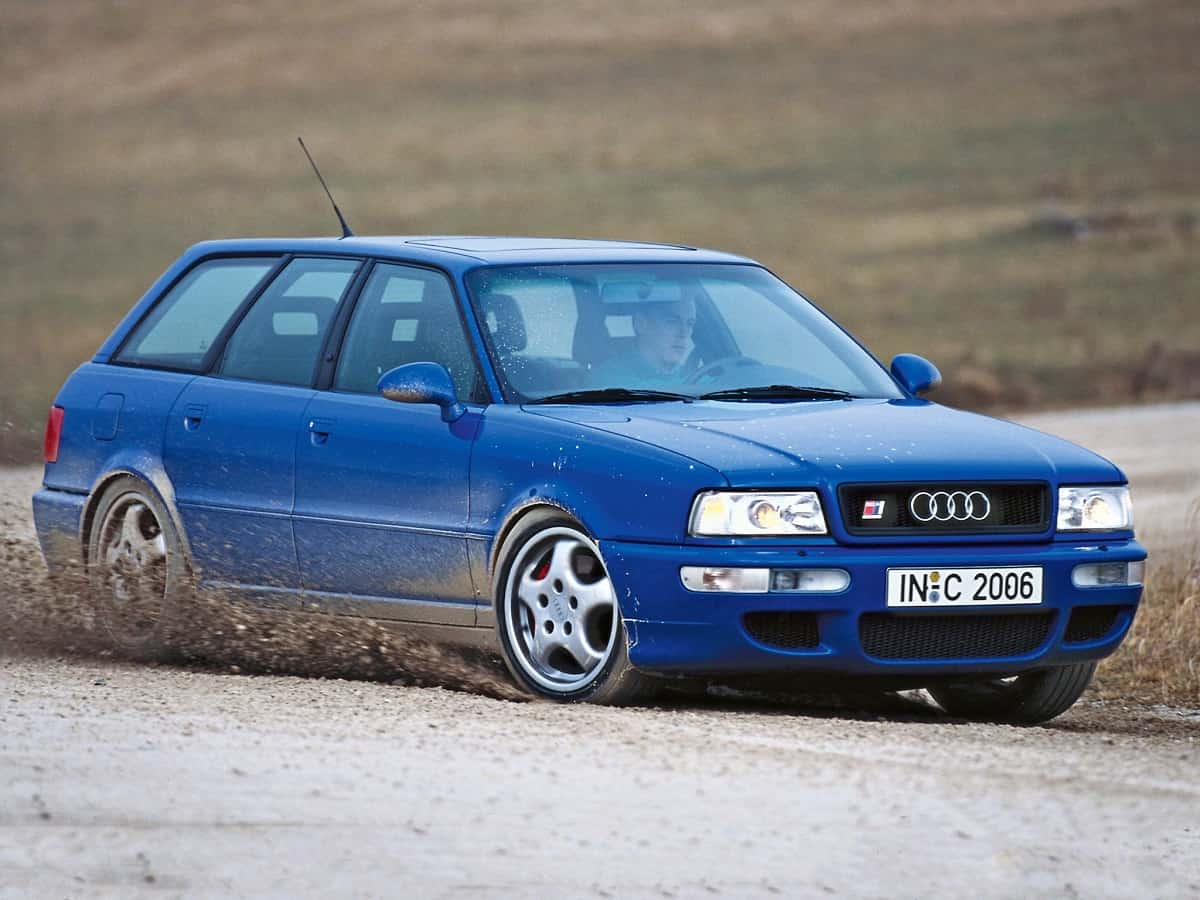