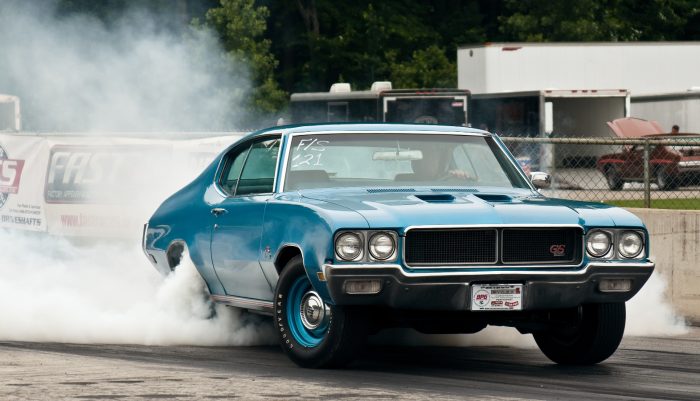 No longer rumor, it’s been established that 60s Muscle Car HP was under-rated. We explain how and why and how much horsepower these motors actually produced.

There have been two reasons given for the motivation of the factory to under-report the horsepower of their muscle cars: insurance and NHRA classifications.

The other reason is much more tangible. The NHRA placed new cars into Stock categories based on weight and stated horsepower. And in the 1960s, drag racing was as important to car sales as NASCAR is today. At that time, Indy was a one-time a year event, ther other events not receiving much coverage, and NASCAR was a regional series in the Southeastern US. Drag racing was where it was at – just a quick survey of music (409, Little Deuce Coupe, Little Old Lady from Pasadena, etc.) and TV shows – Grandpa Munster had a dragster and a drag-style custom car even appeared on Star Trek. As just a wild guess, it was probably 75% NHRA, 25% insurance as motivation for under-rating an engine.

So did the carmakers just lie? Not, probably not. One of the easiest ways to underrate an engine is to specific a maximum RPM below peak horsepower. As you’ll see in the analysis below, several of the most powerful engines had horsepower ratings published  at an engine speed below maximum.

The other way to do was was via the testing process itself. If you’re not familiar with the old style of Gross engine power ratings, the engines were measured on a dynamometer in what could be described as full-race trim. Intake air temperature, density, and volume were all controlled to provide maximum power, no restrictive air cleaner was required, carburetor and ignition were adjusted with watchmaker precision, and an open exhaust was used. Not really a good replication of the conditions in which the consumer will drive, which brought about the change to NET ratings in the early 1970s.

So, if you want to have your engine produce less horsepower than its capable of, you need only adjust one or two of the variables mentioned about and there’s an instant drop of horsepower.

That said, we’re relying here on the excellent research of author and automotive historian Roger Huntington who researched these classic muscle engines to determine, scientifically rather than hearsay and rumor, as to whether these monster motors were underrated, and if so by how much. By taking samples from many different areas – dyno tests of exact rebuilds of classic motors, drag race results, 0-60 times, and other test results and developed an algorithm by which he could compare claims to reality. For all his hard work, we thank him (and if you’re interested in this stuff, check out his books).

Scroll down to view the top 10 horsepower makers from the Classic Muscle Car era: 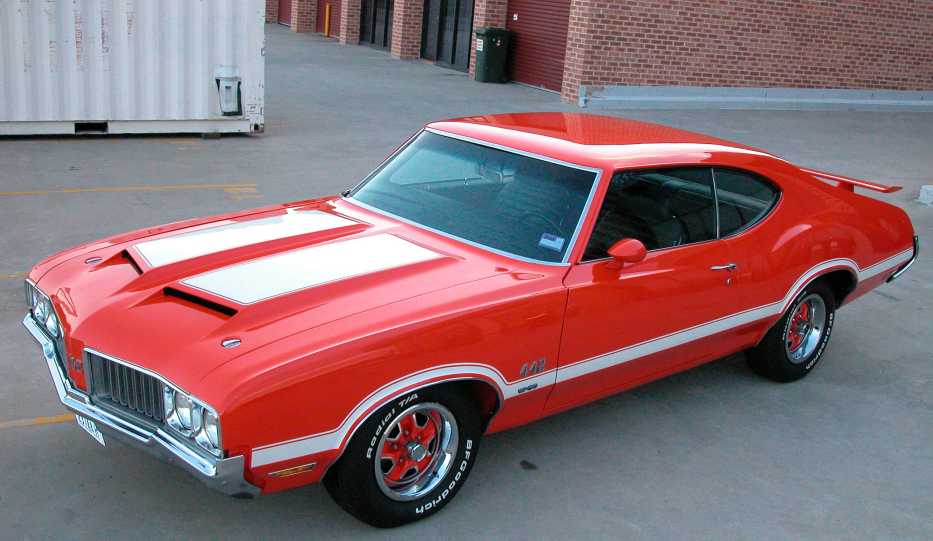 Huntington’s analysis identified the Chevrolet L-78 big block as installed in the Chevelle 396 SS as being under-reported by 25 hp, 375 hp at 5600 rpm in the sale literature versus 400 hp at 5600 rpm in his evaluations. 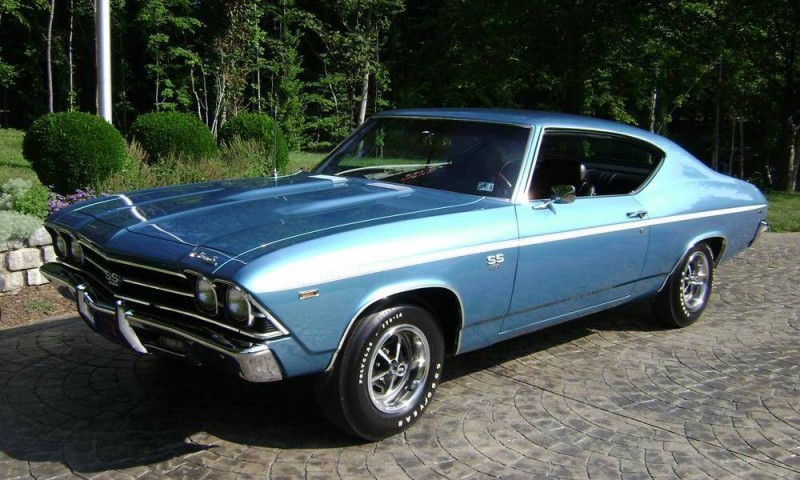 Here’s the most underrated engine in the group. Ford claim 335 hp at 5200 rpm for the 428 Cobra Jet versus Huntington’s analysis which determined output closer to 410 hp at 5600 rpm. Note the difference in engine speed between the two specs. Another clue this engine was underrated was the smaller 390 V8 with a four-barrel carb was also rated at 335 HP. 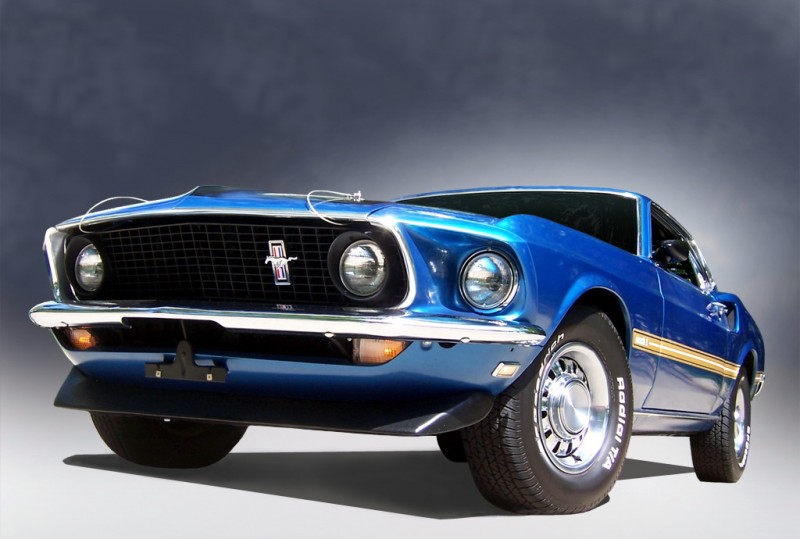 It appears that Chrysler engineers may have used the trick of underrating this engine by using a lower maximum speed. The result here is that the 440 Magnum was tested only to 4600 rpm, which produced  375 HP. When Huntington’s research found the engine to produce power reliability to 5400 rpm, he revised maximum power to 410 horsepower. 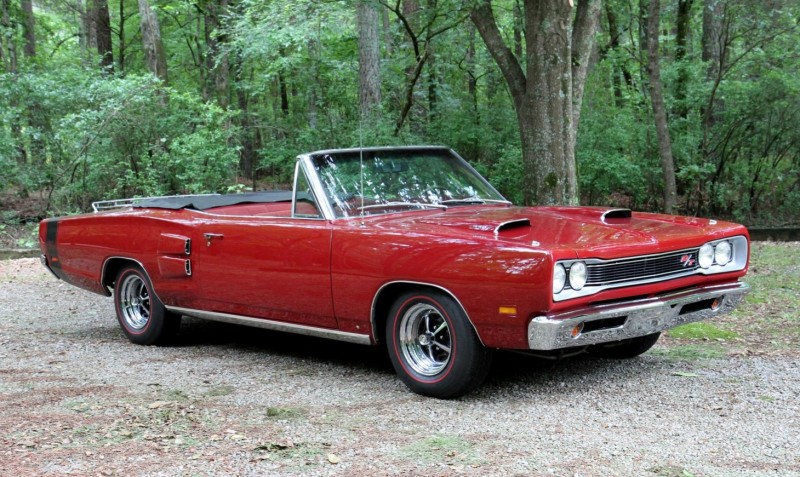 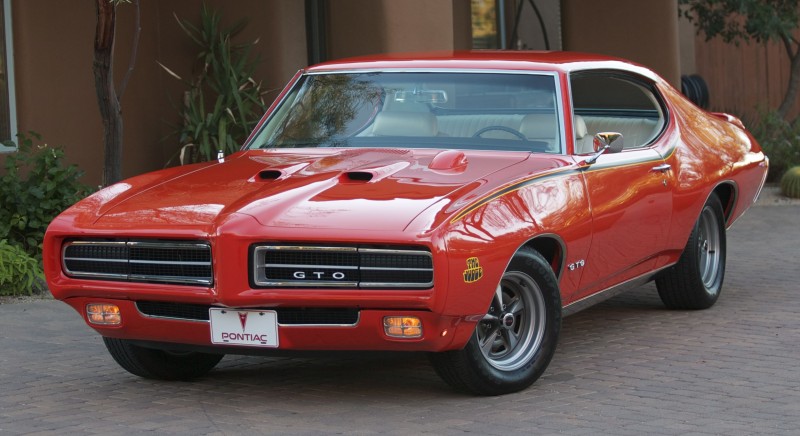 The Buick GSX 455 Stage 1 has recently been recognized as one of the great muscle car engines of the 1960s and early 1970s and is enjoying a revival of sorts. Back in the day, despite strong dragstrip performances, it was overlooked because of its lowish published horsepower of 360 hp at 5000 rpm. In reality the big Buick produced 420 hp at 5400 rpm, according to Huntington, explaining the difference between sales brochure perception and drag strip reality. 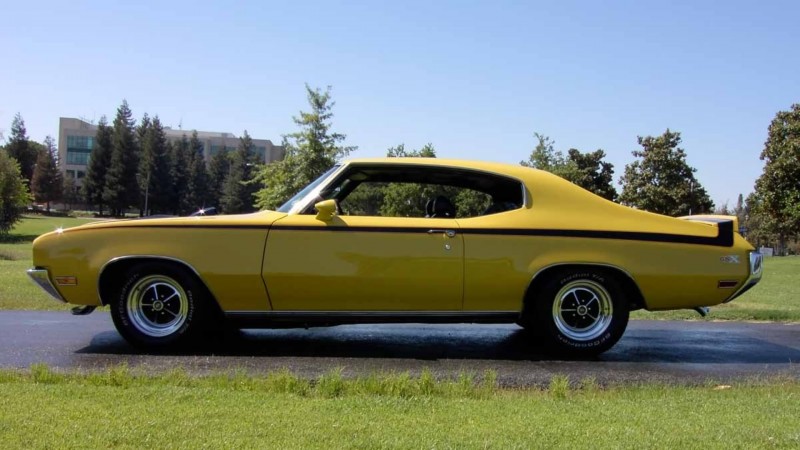 The Ford Mustang Boss 429 is considered by many to be the ultimate Muscle Car of the classic era, not just because of its engine output, but also its brakes and handling, was sold to the public as producing 375 hp at 5200 rpm while in fact the 429 produced closer to 420 hp at 5600 rpm. 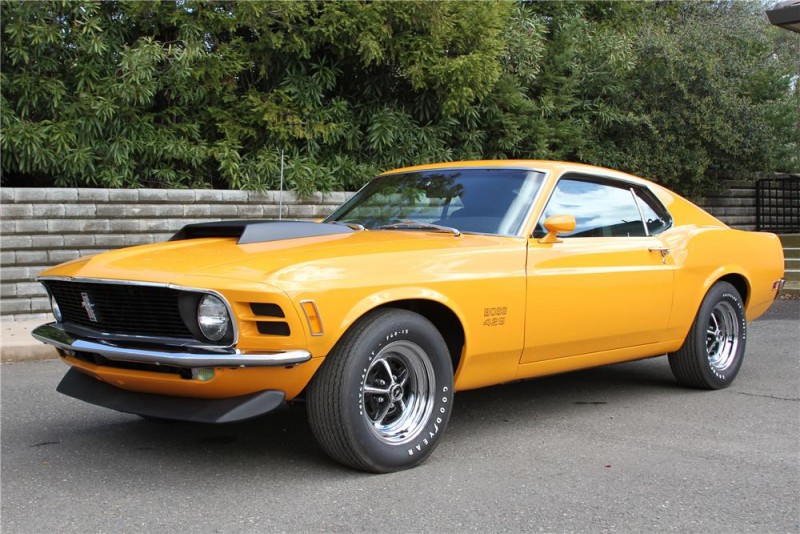 The formula was the 440 Six-Pack was simple, take a Chrysler big block, and top it was three two barrel carburetors with a total capacity of 1200 CFM. The beauty for enthusiasts was all this performance was available at a price of about 50% of the Hemi engine. At the time Chrysler told the public the motor was making 390 hp at 4700 rpm while in reality its actual capability was 430 hp at 5600 rpm. 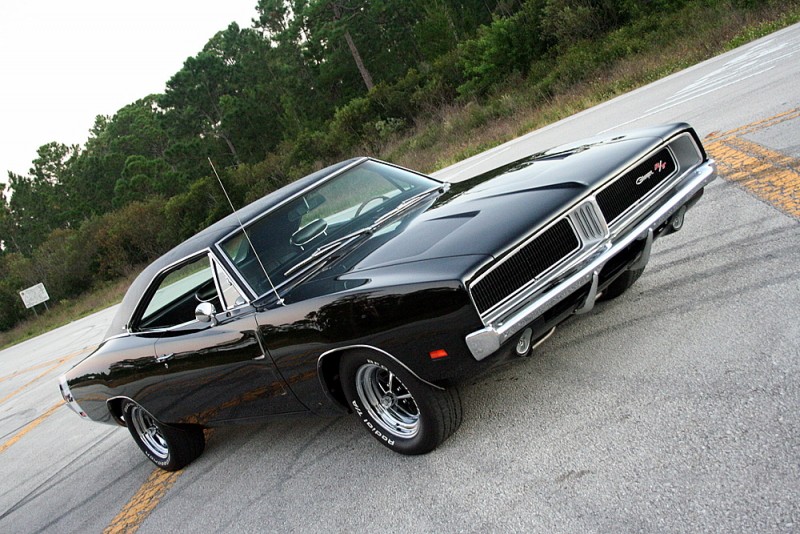 Who would have figured that out of the three B-O-P (Buick-Olsmobile-Pontiac) group that it would be mostly overlooked Oldsmobile who would have the most powerful engine of the group. While all three brands had 455 engines, there were literally completely different motors – no parts interchange except for some tiny parts and those were most likely by chance). At the time Olds told the public the 455 W-30 produced just 370 hp @ 5300 rpm, in reality the output at 5600 rpm was closer to 440 horsepower.

The Elephant Motor that Chrysler created for NASCAR racing that it was forced to sell to the public to remain eligible for competition became a legend on street and the strip. The Hemi engines powered Top Fuel and Funny Car dragsters, and even today, where there are ZERO Chrysler parts in these top-level NHRA motor, the architecture remains that of the 426 Hemi. The Hemi breathed extremely well, so more horsepower was easily gained with increasing engine speed. The spec sheet from Chrysler said 425 hp @ 5000 rpm but in reality the power keeps producing reliable power to 6000 rpm where the output is a whopping 470 horsepower. 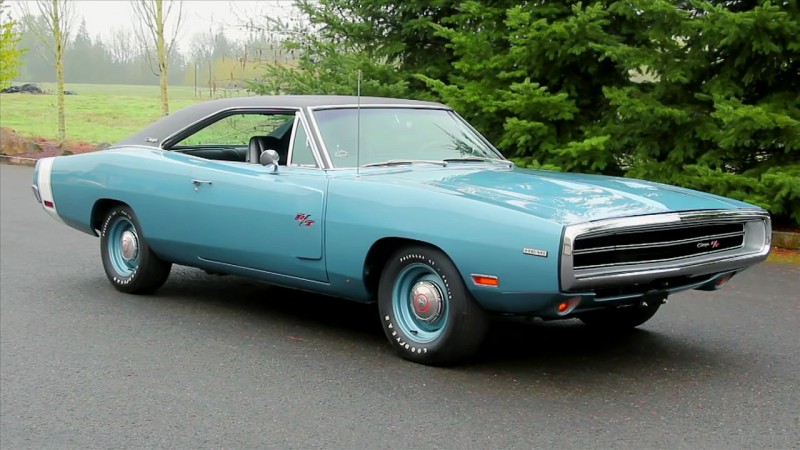 You probably saw this one coming. The L88 Corvette was really developed for racing use and even came delivered with a warning sticker on the center console that emphasized only racing fuel was adequate for the large valves and radical timing. The L88 became the ultimate example of the iron big-block: Can-Am spec aluminum heads with massive valves, a hardened crankshaft, 12.5:1 pistons, solid lifters, cold air induction, and an 850 CFM dual feed Holley carburetor (without a choke!).

Chevrolet most definitely wanted to keep the L88 out of the hands of street drivers and on the race track, so power was rated at just 430 hp @ 5200 rpm. Huntington calculated 480 hp at 6400 rpm, however when compared to the equivalent modern version of the ZL1, the Chevy ZZ427 crate motor produces 480 hp with a lower 10.1:1 compression ratio and pump gas. Based on that comparison, I’m going to suggest that Huntington’s numbers for the ZL-1 are too conservative and it actually produced something over 500 horsepower. 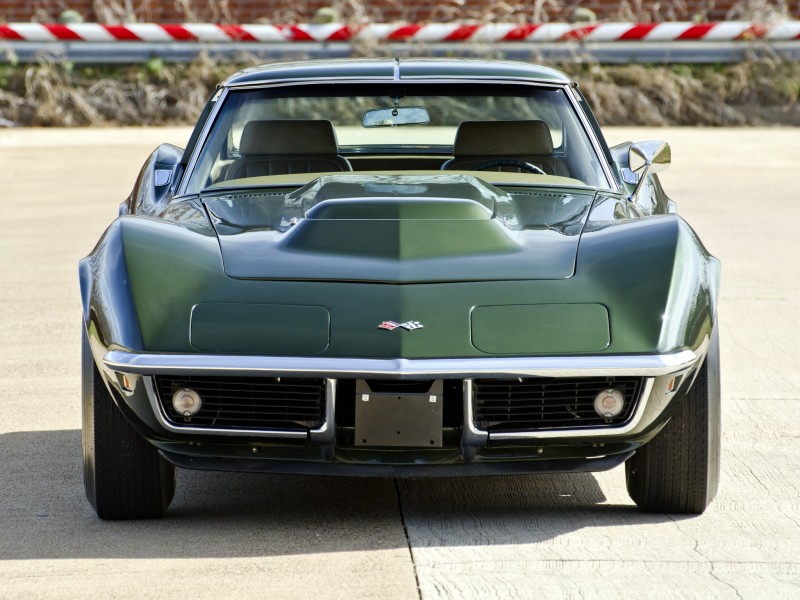 
Koenigsegg Agera XS Is The First Koenigsegg In The US And We...
V10 'Formula' Supra Build: Ryan Tuerck Is Turning Heads Agai...
The Best of 2021 Honda
8 Engines that Shaped Ford Diesel History
Nigel Mansell Collection Goes to Auction: F1 History Up For ...
The Best Volvo Models for 2020