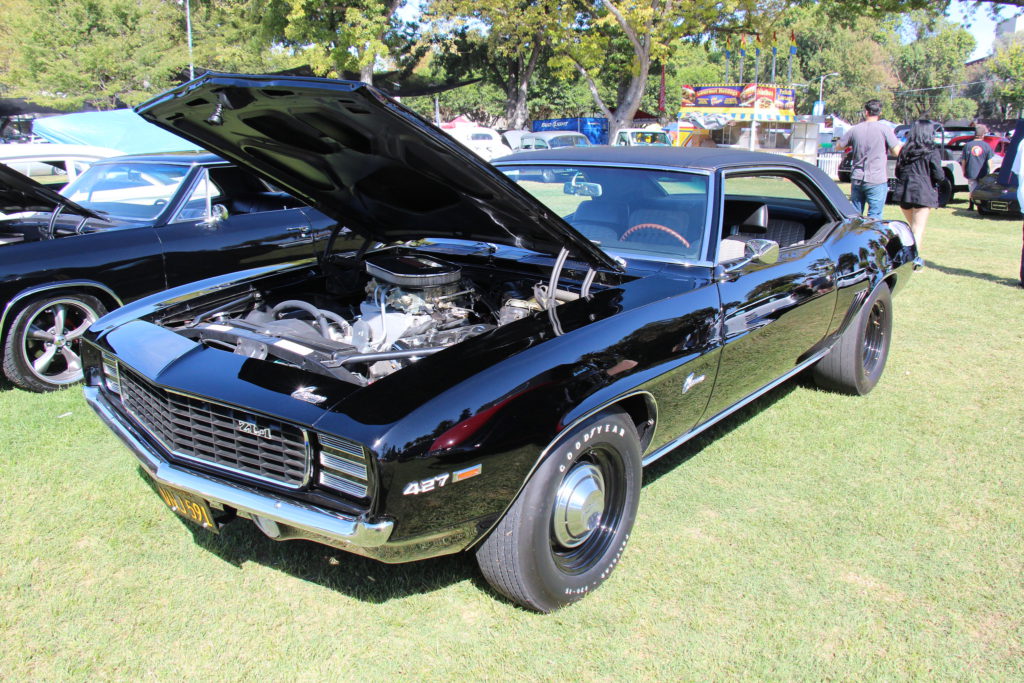 Back in the 1960s, a gallon of gas cost as little as 35 cents. No wonder that was the decade of muscle cars like the Mustang, Camaro, Challenger, and Charger. And in an era when gas was cheap and big-block V8s were the norm, the side effect was that many of the American muscle cars that debuted on the road during the ’60s now rank among the cars with the worst mpg that America has ever produced.

Not all of the American cars with the lowest mpg came from the 1960s, but a good number of them did. And though gas was cheap back then, you’d better be prepared to pony up at the pump if you decide you want to drive one of these gas guzzlers today. 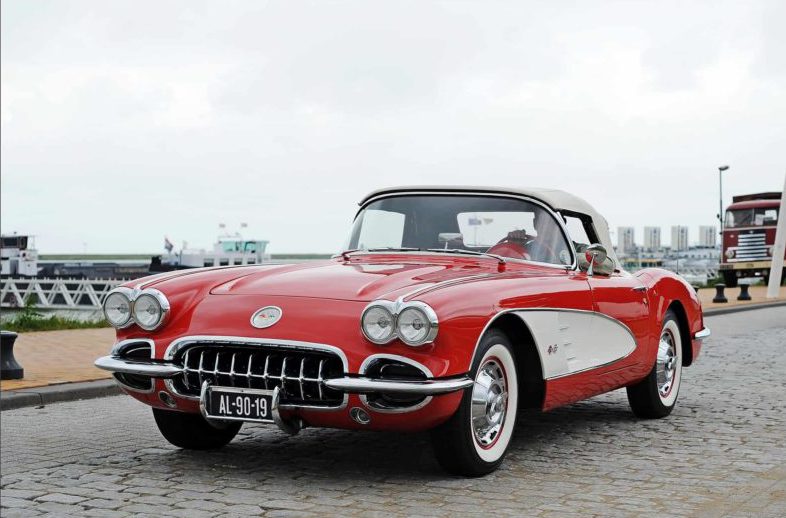 First introduced in 1953, the Chevrolet Corvette quickly gained legendary status in the 1960s. Initial annual production quickly rose from 1,000 vehicles each year to about 27,000 vehicles.

During that era, the second-generation Corvette was offered with a variety of engine options and several special performance editions were available as well. The 1960 model was equipped with a thirsty V8 which was rated to get around 13 to 14 mpg. 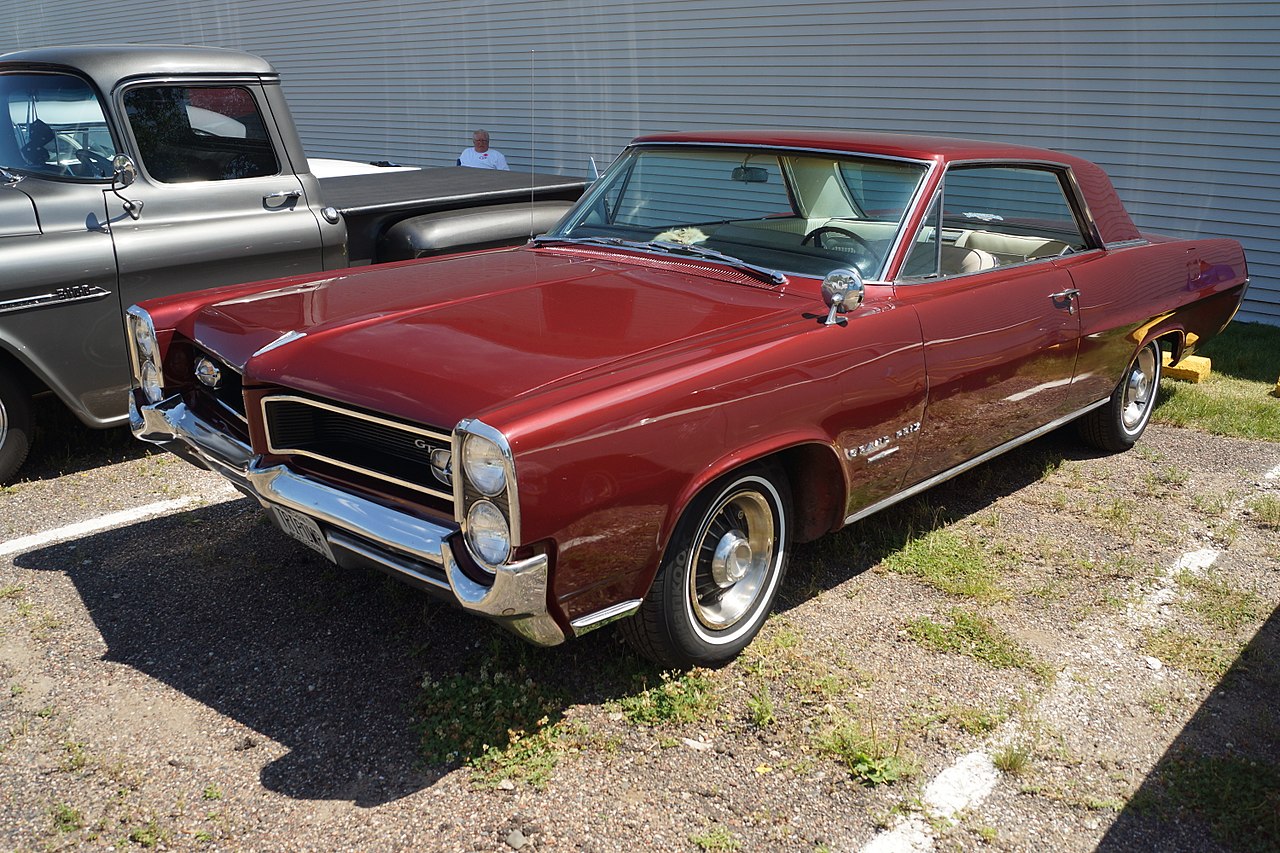 The Grand Prix was first introduced in 1962, and Pontiac produced the car through the 2008 model year. The first generation models were powered by a V8 engine that could be optioned in various sizes ranging from 6.4L all the way up to 7.0L.

The second-generation Grand Prix, which debuted in 1968, bumped the premium V8 up to a hefty 7.5L. Depending on your chosen engine, the Grand Prix was estimated to average around 10 to 14 mpg. 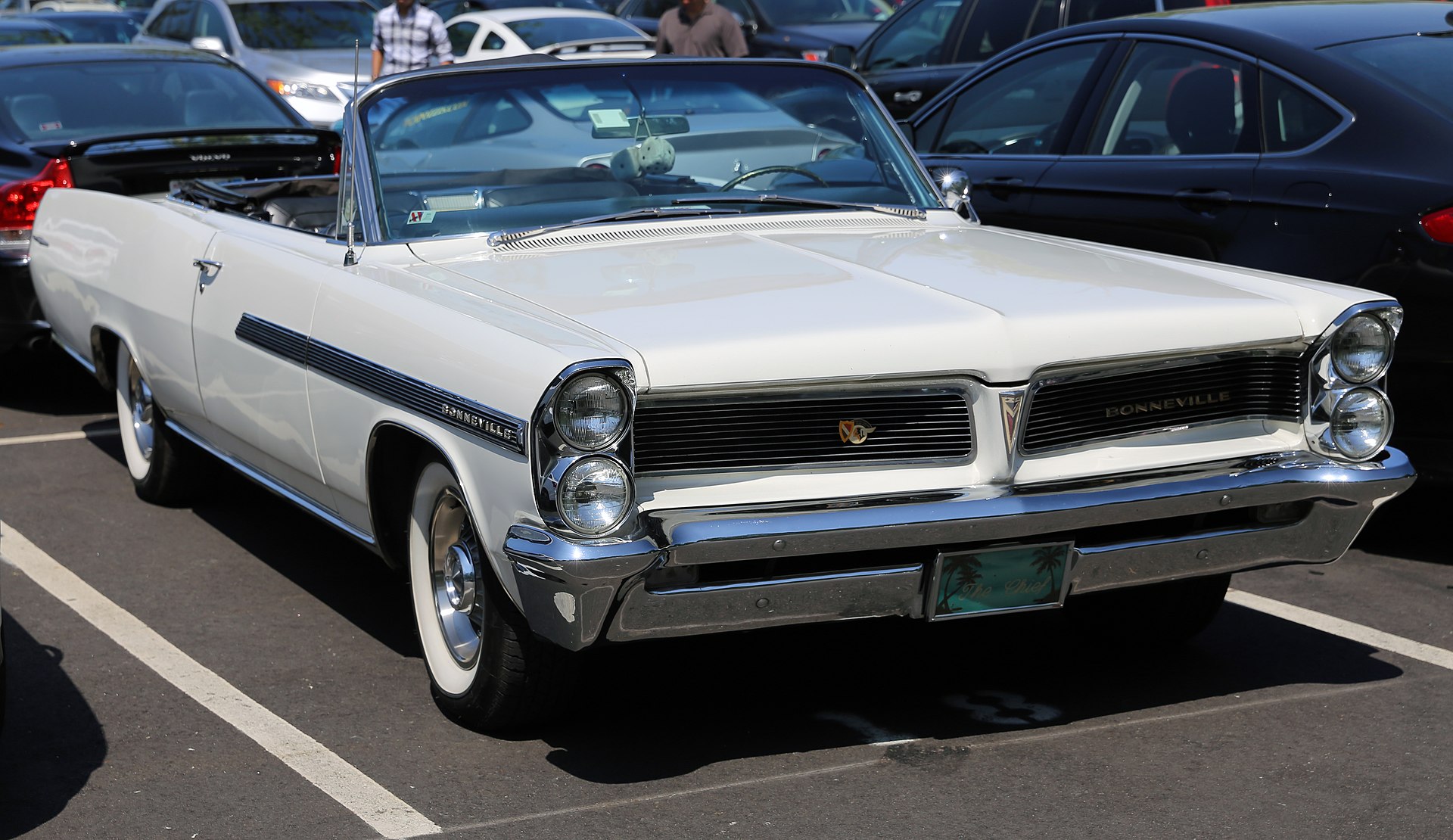 Introduced in 1957, this Pontiac model was named after the Bonneville Salt Flats in Utah where land speed records are made. The Bonneville was considered both luxury and performance vehicle because it was fitted with a muscle-car-era V8 engine (available in five different options ranging from a 6.4L to a 7.5L).

In the ’60s, that same V8 was rumored to get, on average, somewhere in the range of 10 mpg. Due to the gas embargo of the 1970s, Pontiac downsized the engine and made it more fuel-efficient in 1977 — though the reported 11.5 mpg for the 1988 model could hardly be considered big fuel savings.

The 8.0L V10 made 400 hp and was good for around 11 mpg in the city and 20 mpg on the highway. That means you’d be filling up the 22-gallon tank with some frequency, especially with any spirited driving which, let’s face it, the Viper was clearly begging to do. 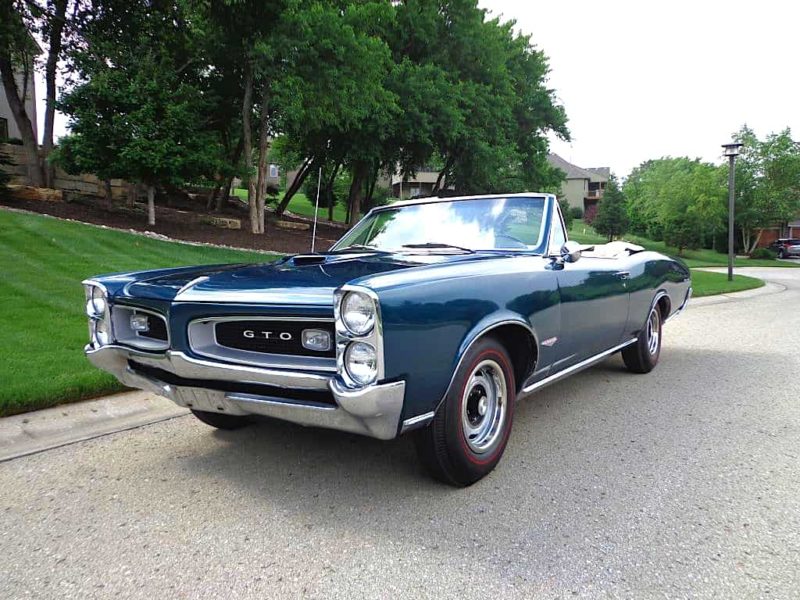 The Pontiac GTO was unveiled in 1963 and helped to introduce the era of the muscle car. It featured a V8 engine and was named after the European racing series. FIA racing fans were upset, but U.S. muscle car enthusiasts loved it.

Available as both a hardtop and a convertible during its production run from 1964-1967, the Pontiac GTO could be outfitted with either a 6.4 L or 6.6L V8 that made in the range of 335-360 hp depending on your options. One thing that didn’t improve with your upgrades was the fuel economy. In keeping with its racing-inspired heritage, the GTO averaged an abysmal 10.3 mpg. 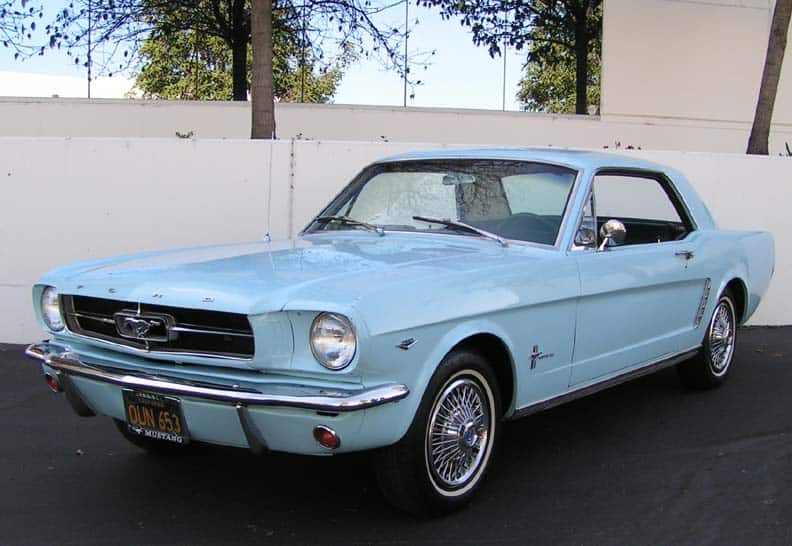 First introduced by the Ford Motor Company in 1964, the Ford Mustang drew on the heritages of the intermediate-sized muscle cars of the 1950s to become the coveted sports car of the ’60s. The highly-anticipated Mustang did not disappoint: 22,000 Mustangs were sold on the first day and one million were sold in the first two years.

Since then, the Ford Mustang has evolved through 12 distinct eras over the past 30+ years. And while the Mustang’s technology and fuel efficiency have improved (marginally), the ’60s era pony cars were not exactly prime examples of economy, clocking in on average at 10 mpg. 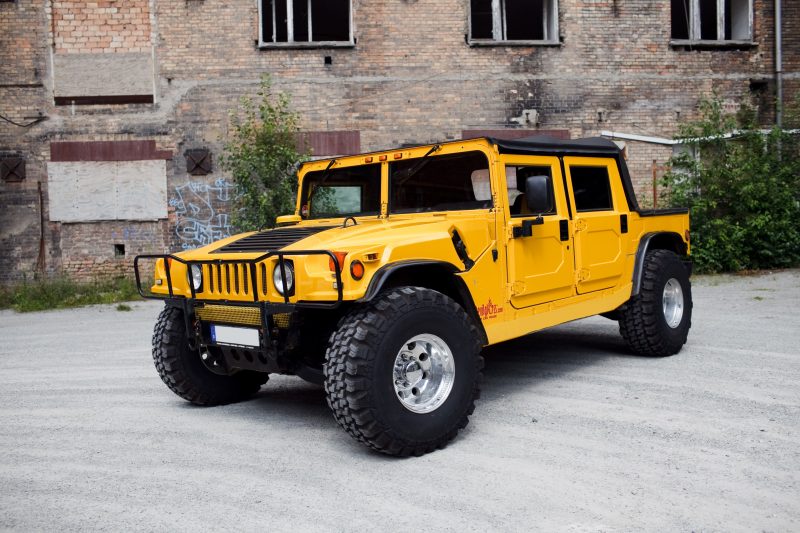 The Hummer is an exception to the ’60s era muscle car rule — taking top honors as one of the more recent cars with the worst mpg. Originally made by AM General for the United States Army, the Hummer was introduced to the civilian market in 1992. In 1999 the company sold the Hummer name and rights to General Motors.

GM introduced three Hummer models – the H1, H2, and H3. Production numbers were never high on any of the models, and gas mileage was notoriously bad regardless of the year model. For example, the 2002 model was rated at 9.6 mpg. We can only hope the new EV Hummer makes up for these gas guzzlers’ shortcomings. 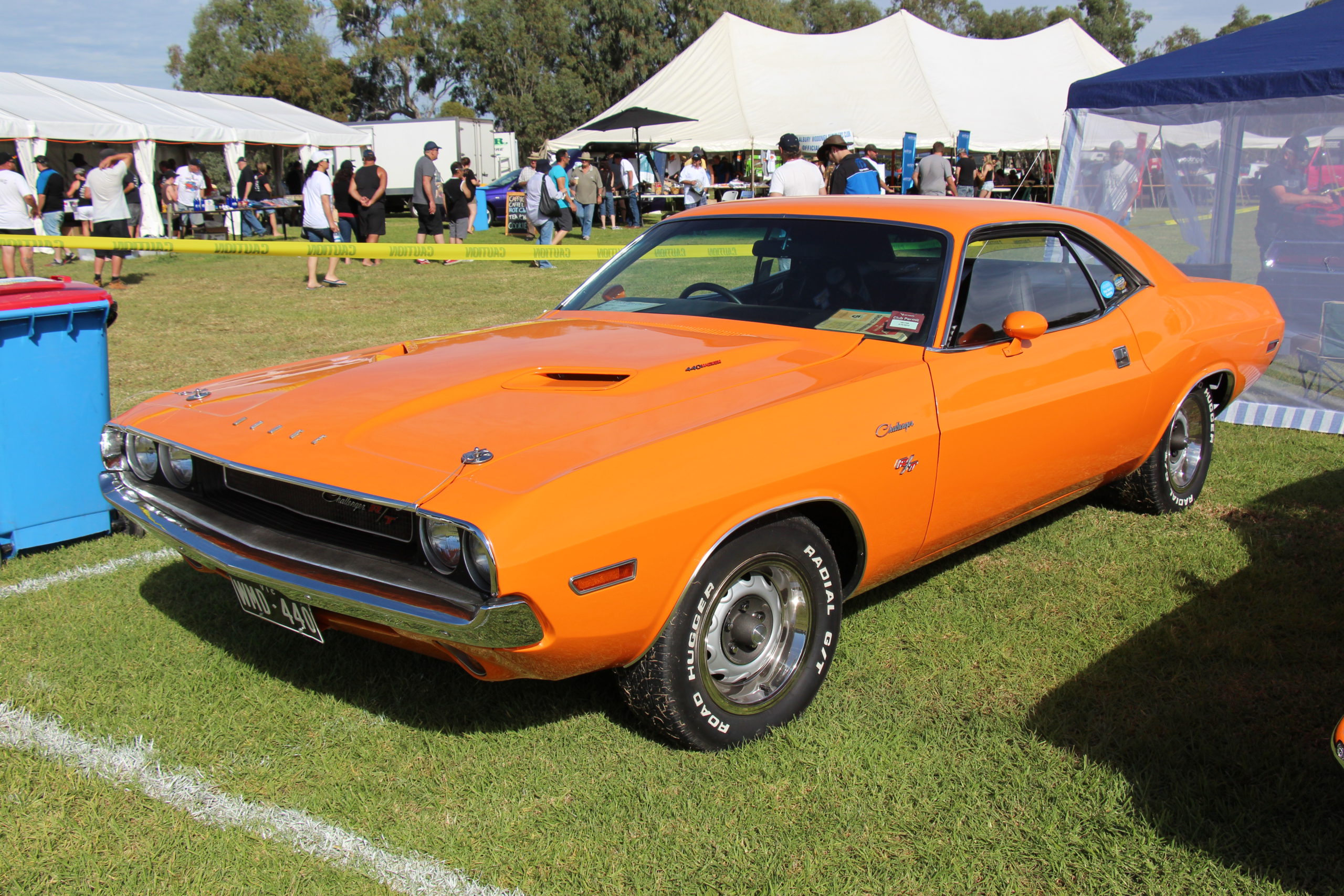 Dodge introduced the Challenger in 1970 as its answer to the Ford Mustang and Chevrolet Camaro. Though the Challenger missed the boat on the golden era of the ’60s, it did deliver on the same basic premise.

In keeping with the Challenger, when Dodge released the second generation of the Dodge Charger, they decided to go big with the V8. The second-gen Charger, which was available from 1968 to 1970, lived it up in the last golden years of cheap gas.

The 1969 Dodge Charger R/T came with a 7.2L V8 that made 431 hp. That big, brash engine certainly fit the look of the Charger, though it wasn’t exactly the model of economy. Drivers were lucky if, with some strategically light throttle use, they could break into double digits on their average mpg — the second-gen Charger is reported to clock in around 8.7 mpg. 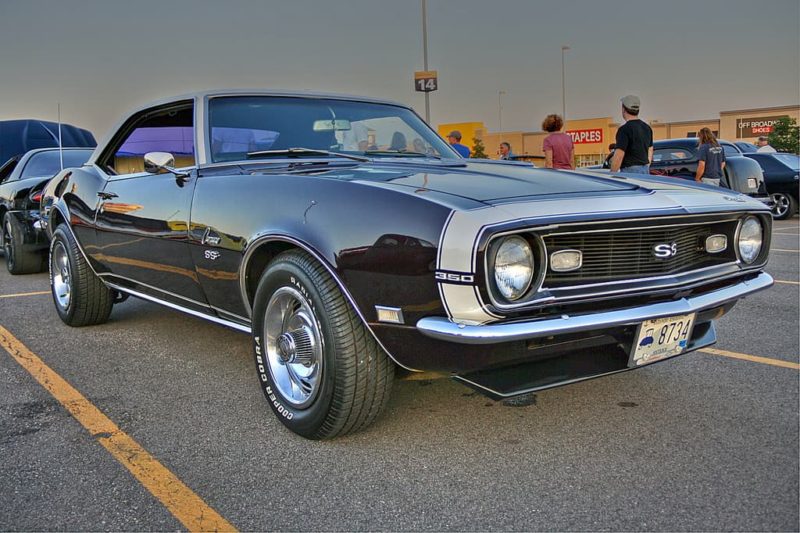 The Chevrolet Camaro was originally introduced as the answer to the Ford Mustang in 1966. The first generation of the Camaro, which was made in the U.S. from 1966 to 1969, embodied everything that a ’60s era muscle car later became known for — including terrible fuel economy.

The base Camaro was powered by a 140 hp, 3.8L I6 engine mated to a Saginaw three-speed manual transmission. As drivers moved up the performance package ladder to the SS and Z/28, that engine got bumped to a (very) thirsty V8. Owners of the original generation Camaro have reported mpgs ranging from 5.5 mpg on the low end to 9.2 mpg on the high end.

American Cars With the Worst MPG Still Have Appeal

Sure, these cars with the lowest mpg aren’t going to do you (or your wallet) any favors at the gas pump. But for muscle car enthusiasts or any drivers prone to nostalgia, many of these models have an appeal that transcends practical considerations. Whether you’re taken by their curb appeal or you simply love the sound of those guttural, gas-guzzling V8s, there’s something about these American cars that keeps them on the roads today — even if it’s only for a short trip with frequent stops at the gas station.