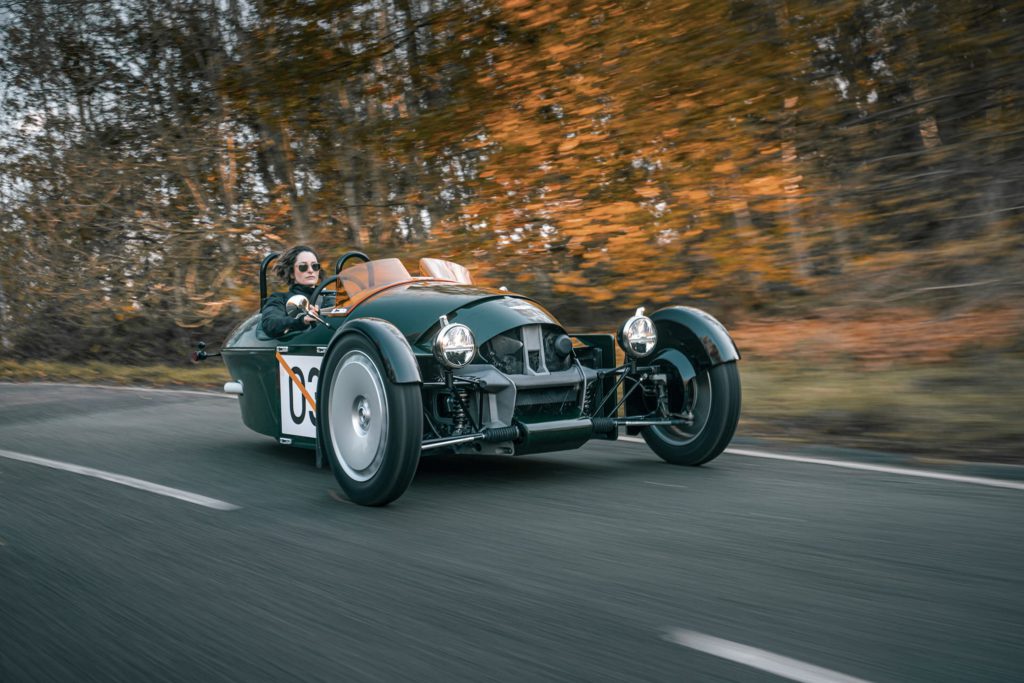 Trading a frame made of ash and a motorcycle V-Twin for an all-aluminum monocoque and a 3-cylinder from a Ford, the Morgan Super 3 marks the rebirth of the brand’s classic motoring oddity. The all-new Super 3 continues the boutique British carmaker’s 113-year tradition of building vehicles with 3-wheels.

The Morgan Super 3 looks like nothing else on the road. Except for the Morgan 3 Wheeler it replaces, that is.

The Morgan Super 3 has undergone some serious styling changes compared with its predecessor. Sleeker than before, it no longer looks like it was built from a bathtub someone pilfered from a house while the owners weren’t looking. It has also dropped the engine hanging from the nose and put it in a more conventional position. 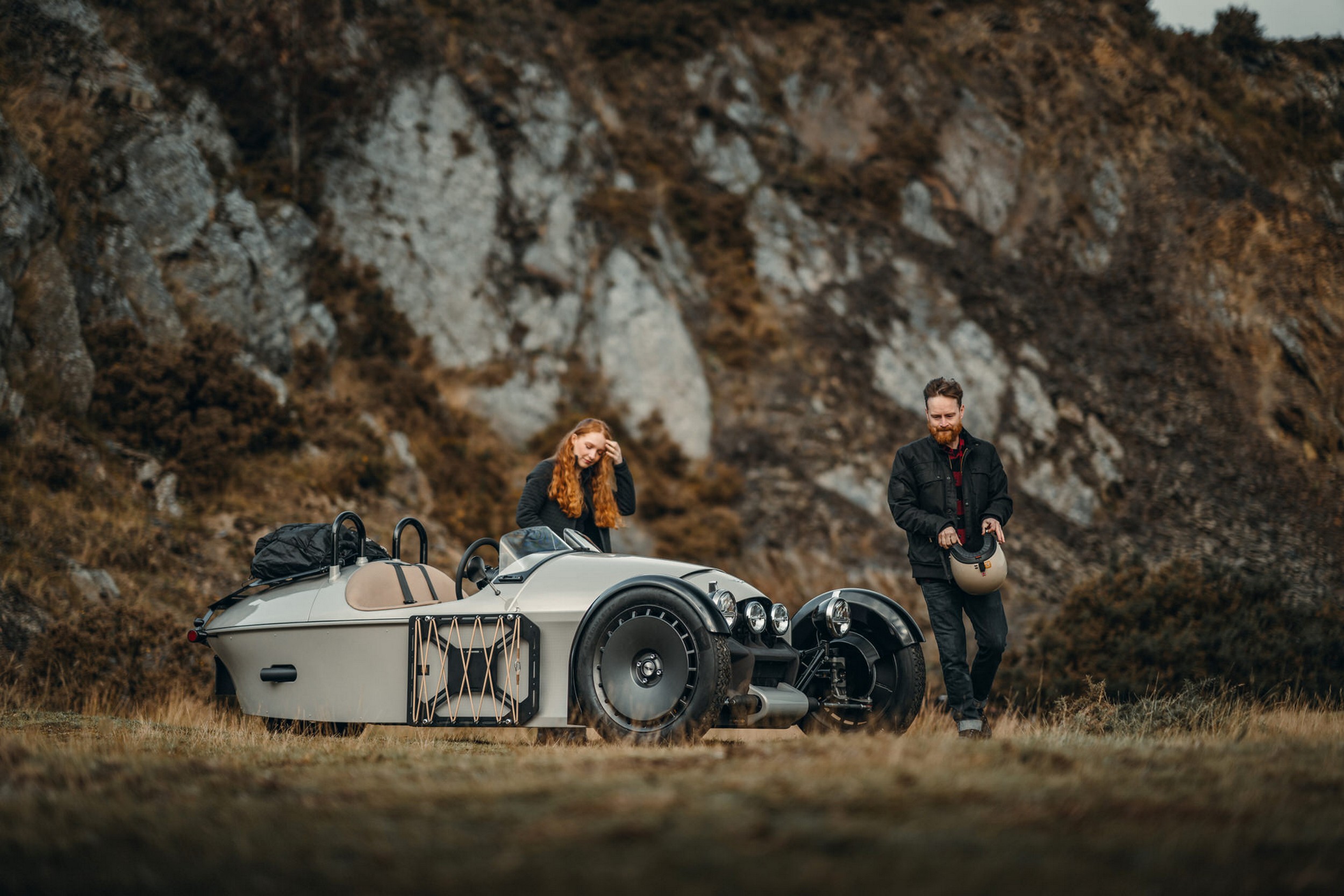 Morgan has picked a 5-speed manual taken from the Mazda MX-5. It’s the same gearbox used in the old 3 Wheeler, but the mounting is less complex and lighter thanks to the new engine. A bevel box sends drive to the rear, and since there is only one drive tire, Morgan uses a carbon-reinforced drive belt instead of a differential. 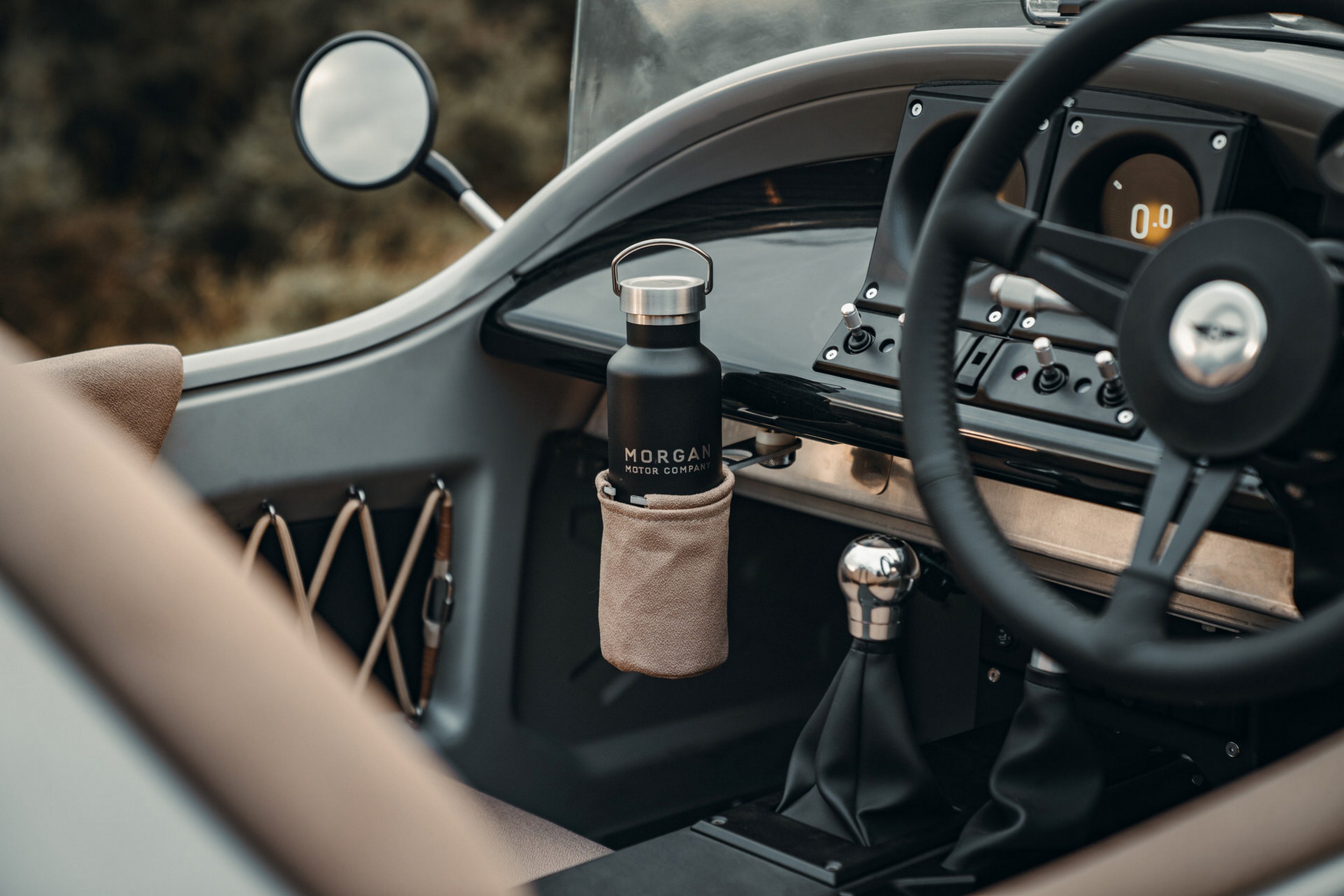 Moving to a car engine instead of a motorcycle V-Twin pays off several ways. It moves the engine’s weight back behind the front axle for better balance and can meet stricter emissions standards, allowing it to stay in production. It’s also more refined than the old twin, though it depends significantly on the buyer if that’s a plus or a minus.

The Morgan Super 3 is the automaker’s first clean-sheet design in more than 20 years. The bonded aluminum chassis is the automaker’s first monocoque design. That means the body panels are part of the stressed structure of the car. The move makes the chassis lighter and stiffer to enhance handling while also giving the car more space for driver and passenger.

Instead of a more conventional strut front suspension, pull-rods let more air pass to the radiators. The suspension layout also cuts unsprung mass and moves mass inboard, both of which help improve handling and dynamics. 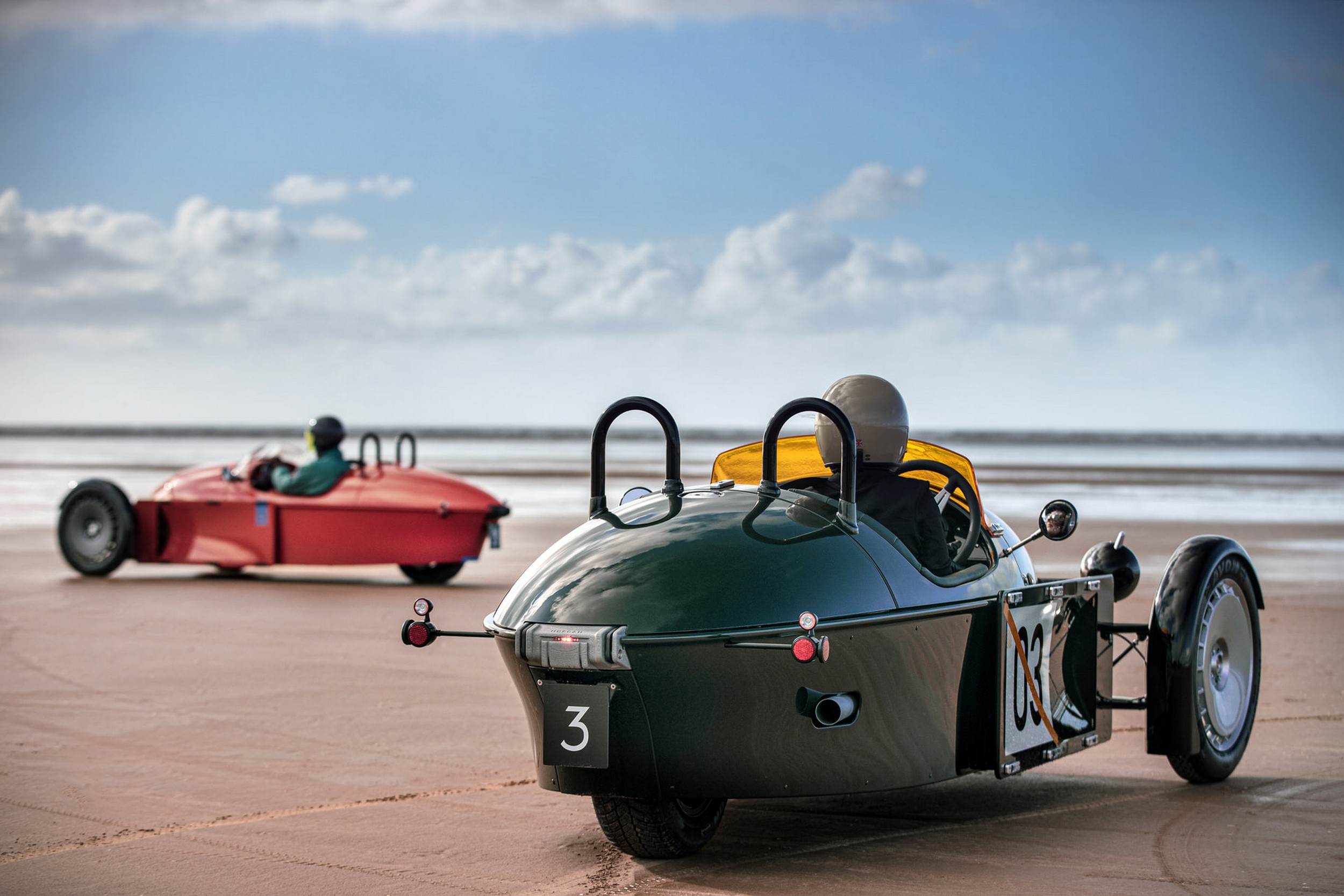 Tire (make that tyre) company Avon has made 20-inch diameter rubber for the front of the Morgan Super 3. Developed specifically for this vehicle, they look like classic ballon-style motorcycle tires but are designed to be more like a car tire. The rear rubber is a standard Avon all-season tire picked to give an optimum slip angle when driving.

With reliability a concern, Morgan says that the Super 3 has gone through the company’s most comprehensive development program yet. New durability simulations and more real-world all-condition testing have been done on the car. Morgan says its engineering practices are in-line with larger automakers and “far exceed motorcycle standards.” 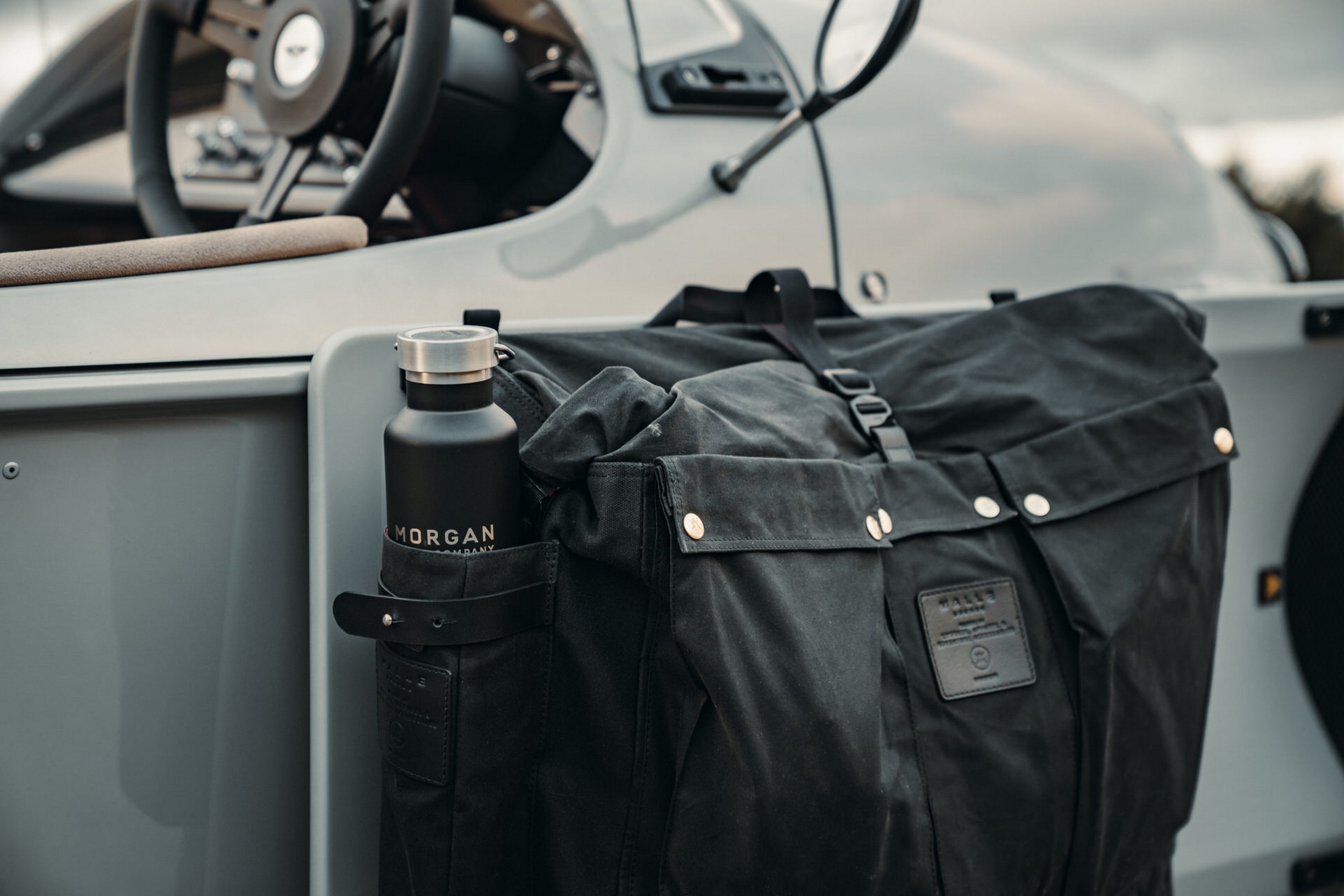 Morgan has made this more customizable than any of its prior models. This includes paint and sticker packages and new accessories, including luggage, a navigation system, and even hard-shell pannier cases.

The Morgan Super 3 is now available to order at Morgan dealers in Europe and the US and on the company’s website. UK customers get the first deliveries, starting in mid-2022, with US deliveries later in the year. Pricing starts from £34,958.33 before taxes, or around $47,000.