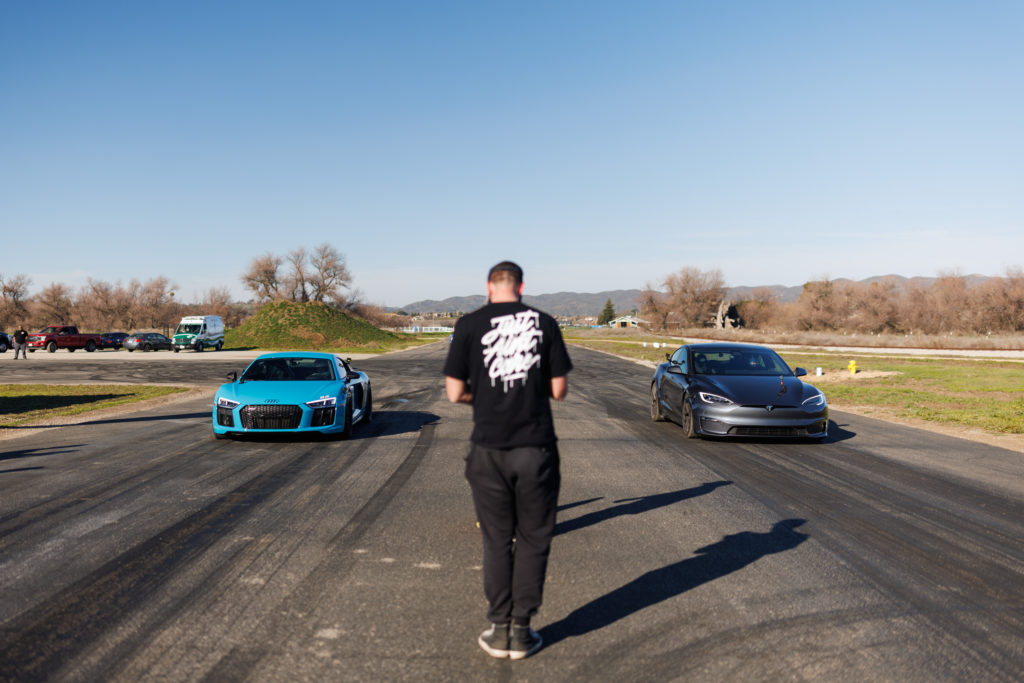 The Hoonigan crew is back at it again with another VS. showdown — this time pitting the epitome of electric speed against a bright blue gasoline monster. How this Hoonigan “This Vs. Plaid” drag race plays out might tell you a little something about the future — or have you nostalgically holding on to the past.

Episode 1: This Vs. Plaid 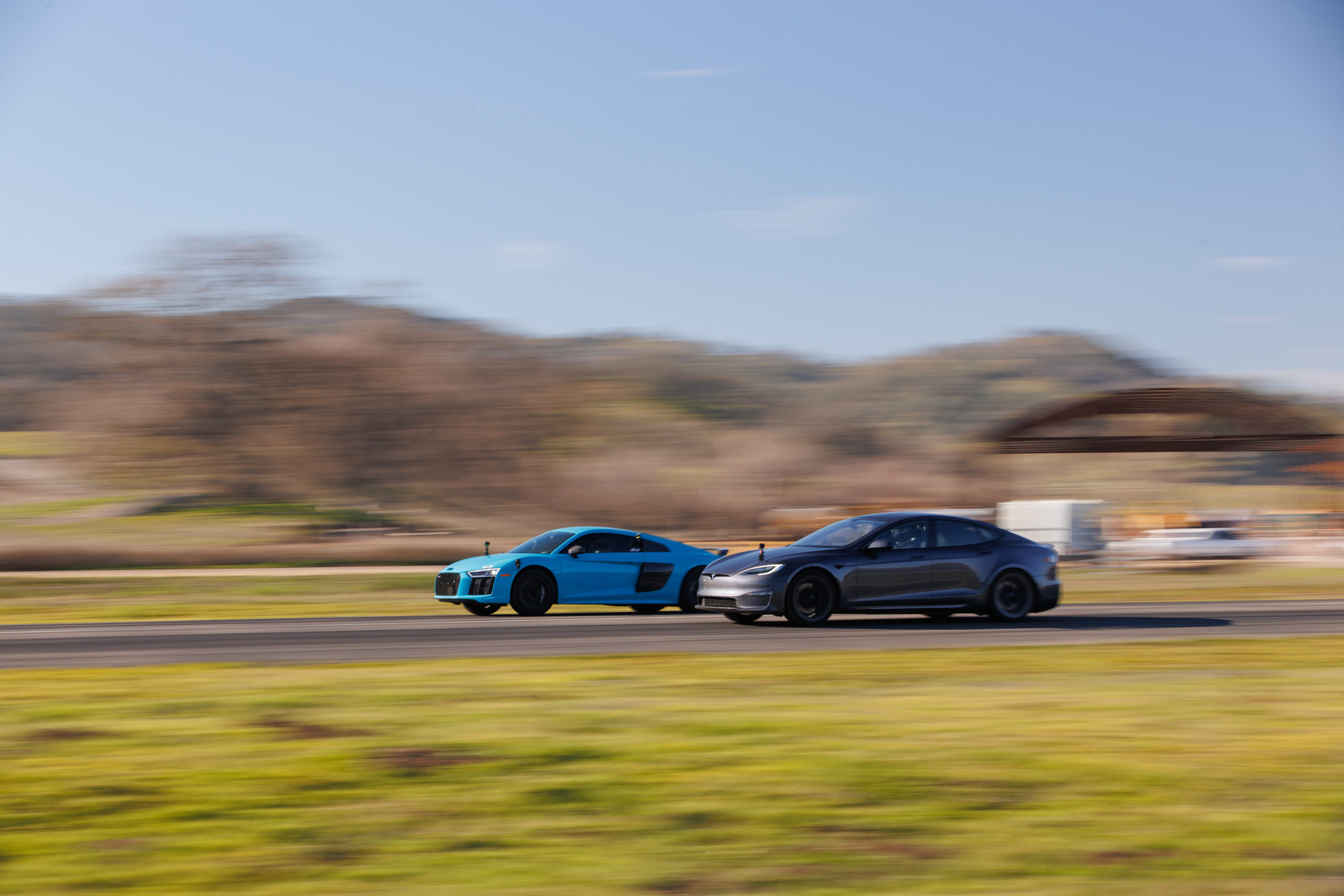 In episode 1 of “This vs. Plaid,” the Hoonigan crew lines up two kinds of performance cars for a drag-off. The head-to-head competition starts with a spicy pairing — an Audi V10 R8 Plus versus a brand new Tesla Model S Plaid.

This is the first episode of several to come in which the Hoonigans test the Tesla Model S Plaid against some seriously heavy competition including domestic muscle, modified exotics, tuned imports, and even a dedicated drag Banshee.

With all the buzz about electric sports cars, they aim to get to the bottom of the hype. Or more realistically, because this is the Hoonigan crew, after all, to stack the Plaid against some stupendously modified and stupidly unpractical drag monsters.

As Brian Scott of the Hoonigan crew notes, the Plaid is polarizing — you’re either here to see it win or see it lose. 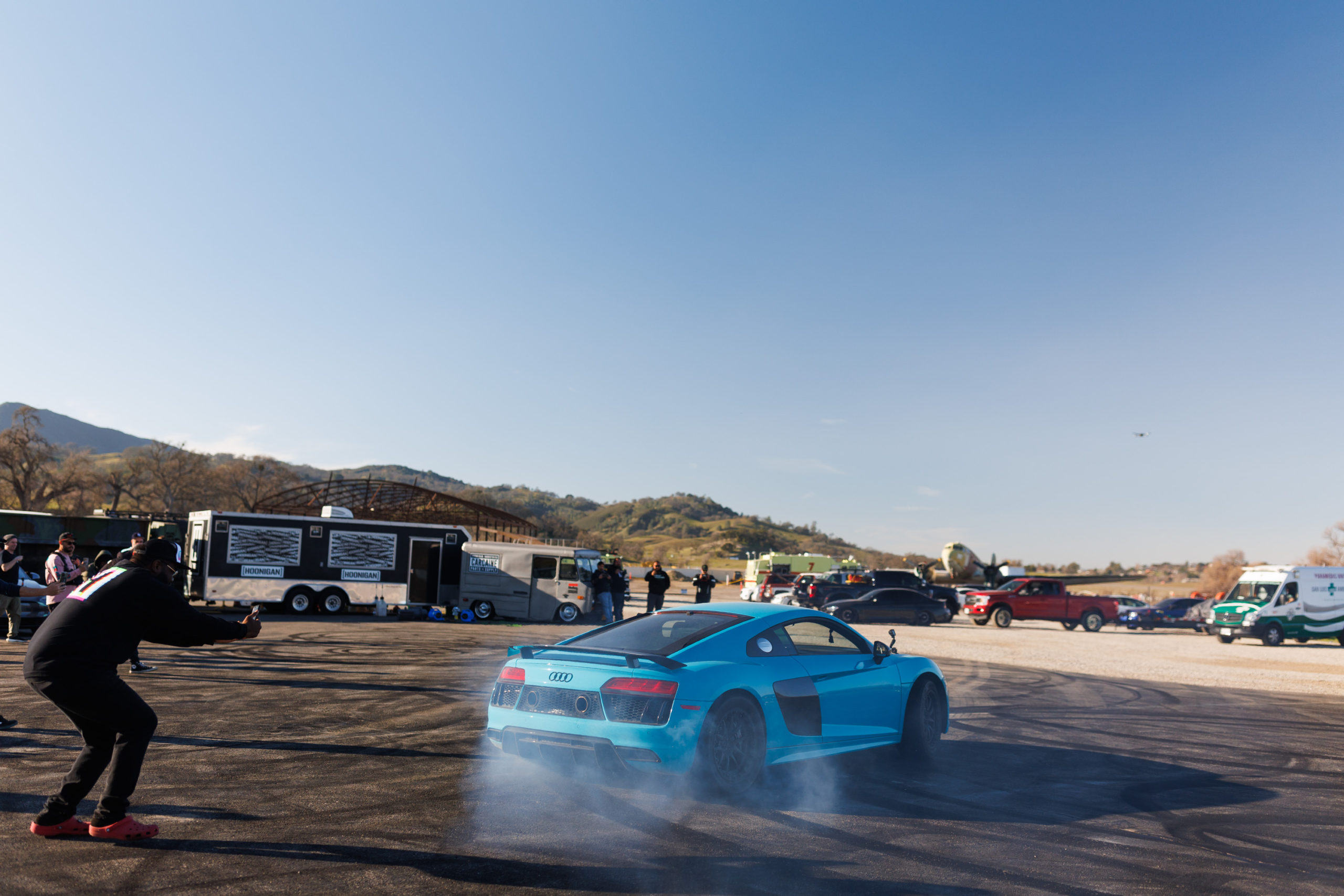 Let’s be clear that this isn’t any old stock V10 R8 from the Audi factory. Hank Iroz has been building and maintaining specialty cars at Iroz Motorsports for years (he even took on Ken Block’s Hoonicorn in his deceivingly subdued-looking Audi RS3). This 2018 Audi R8 got some special treatment, too.

The twin-turbocharged 5.2L V10 now makes up to 1,700 hp and redlines at a whopping 9,200 rpm. Iroz notes that while the long-block engine’s bottom end is (miraculously) still stock, the driveline did get some big (likely custom) upgrades. These include a heavily built transmission and a big clutch to keep the R8 from tearing itself to shreds as the DCT rips through the gears.

The R8 also sports drag radials, with 245s in front and some meaty (though worn) 345s in the rear. 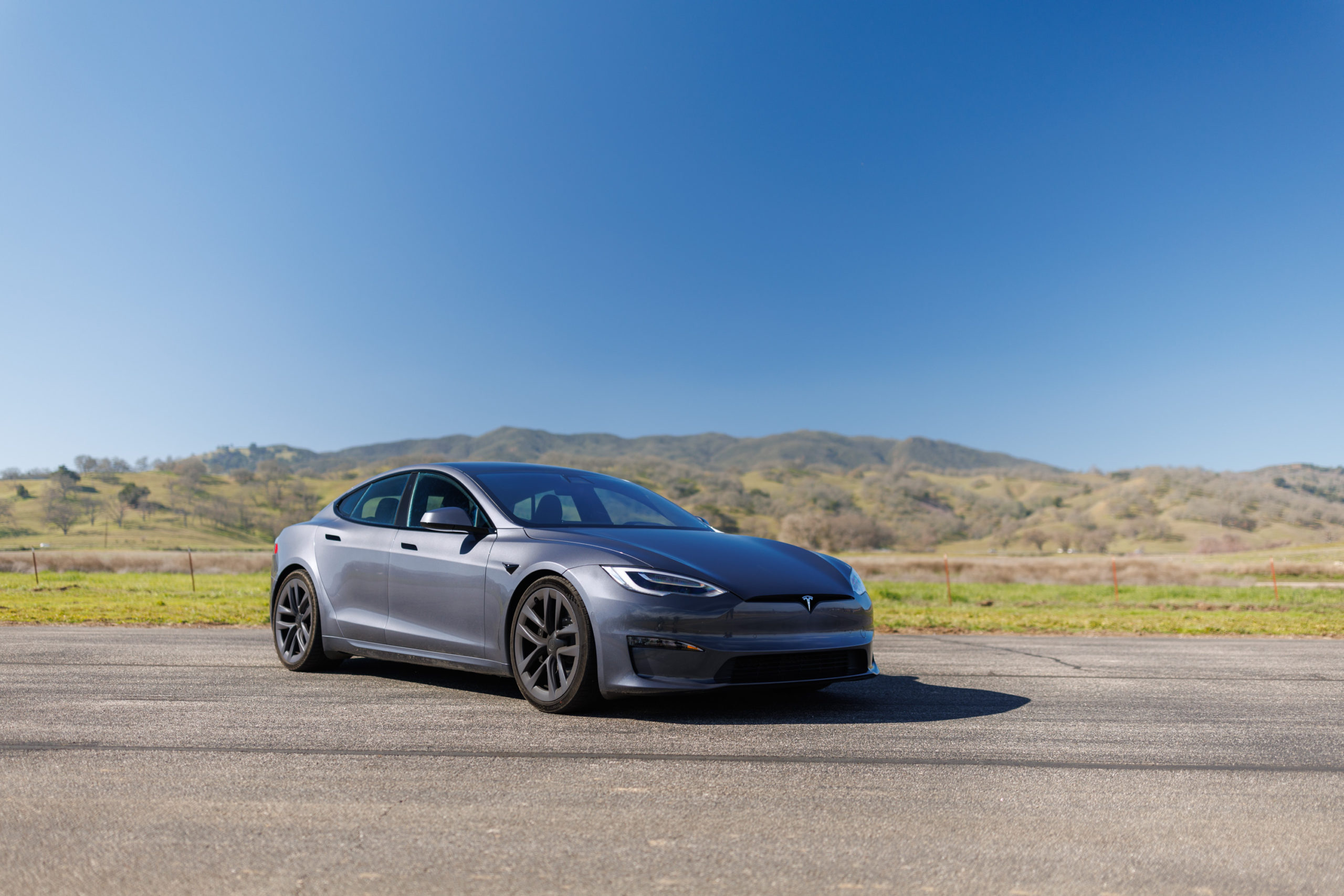 By contrast, the 2021 Tesla Model S Plaid, piloted by Jonathan Parzivand, shows up to Hoonigan start line stock. Of course, stock for a Plaid means a “modest” 1,020 hp and face-shattering amounts of torque. Remember, that’s in a family sedan that can drop a sub-2 second 0-60 and tops out at 200 mph.

On paper, the R8 has the Plaid beat in terms of horsepower and also in terms of weight with the Plaid weighing in at 4,828 pounds and the R8 tipping the scales at a more trim 3,700 pounds. Both sport all-wheel-drive, though the Plaid puts down power through a single-speed automatic transmission versus the Audi’s DCT.

But in the brave new world of electric vehicles, does total wheel horsepower still mean you get to play the trump card? Add to that the fact that Iroz’s R8 can’t unleash its full 1,700 hp thanks to the pavement surface of the chosen drag strip and, well, the playing field might be looking a little bit more even.

Can the R8 deliver and prove we are still in the golden age of gasoline? Or will the Plaid make the ostentatious Audi look as old-fashioned as the dinosaur juice it runs on? You’ll have to watch to find out.