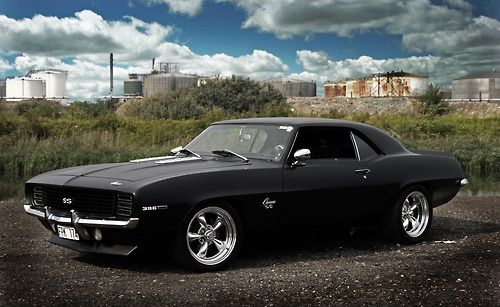 Classic cars retain their status as unique, beautiful and cool regardless of their age, and are as popular today as when they first rolled onto the scene. Fantastic to look at, to listen to, to poodle around in, these cars are some of the finest examples of what it takes to be truly distinctive.

Sports cars, muscle cars, trucks, and more! These are the coolest classic cars – real production car models – that money can buy. Which of these auto show stoppers would you most want as a collector car?

The Best Classic Cars For Collectors! 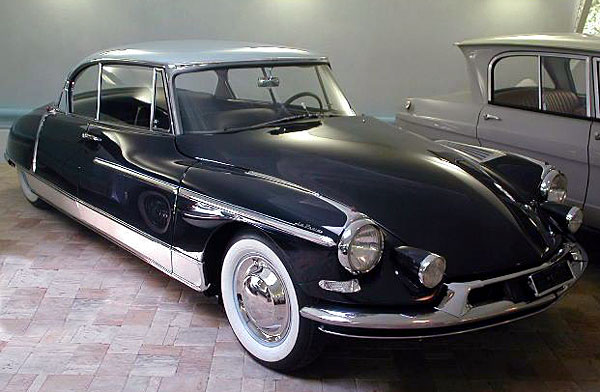 This futuristic-looking car was the brainchild of Italian designer Flaminio Bertoni and French aeronautical engineer André Lefèbvre in 1955, and was celebrated at the time for its innovative technology as well as individual design. Manufactured by Citroën until 1975, nearly 1.5 million of these cars were sold during the two decades and the model is still considered one of the most beautiful cool old cars ever made. 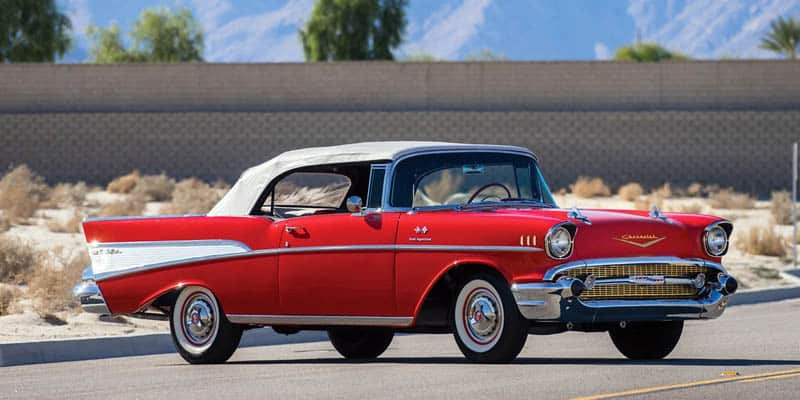 This one is arguably the most important Chevrolet model of all time. More or less, it launched the Chevrolet name into the stardom of coolness. With a comprehensive lineup of cars and a Bel-Air sitting at the top of it all, it was only logical for it to introduce new tech to the market. In this case, the Bel-Air brought in the famed, indestructible Small Block Chevy V8.

Hemmings did comprehensive research regarding the model and the results are quite curious. The Bel-Air proved to be the most sought-after classic car in Alabama. Today, the “Tri-Five” models produced from 1955 to 1957 are the most valuable cool classic cars with prices of more than $100,000. 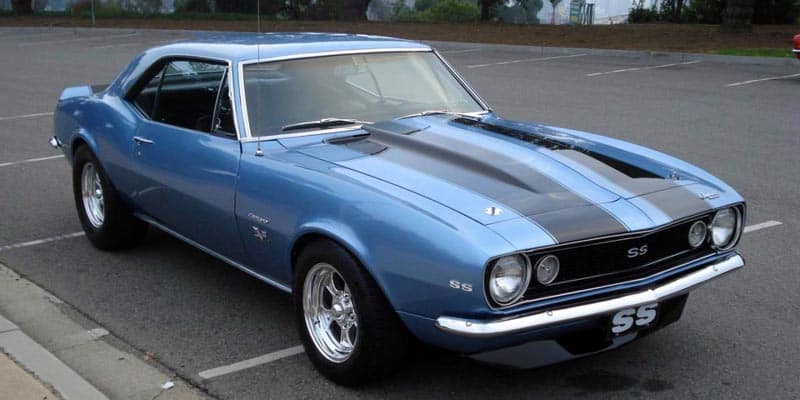 The Ford Mustang may be second on this list, but the Camaro seems to be an icon of the same competence. This iconic muscle car definitely influenced car culture in the US as only a handful of other cars. Now, it is a part of the Hemmings list of classic cars Americans love. As it turns out, the Camaro is a favorite muscle car in eight states. 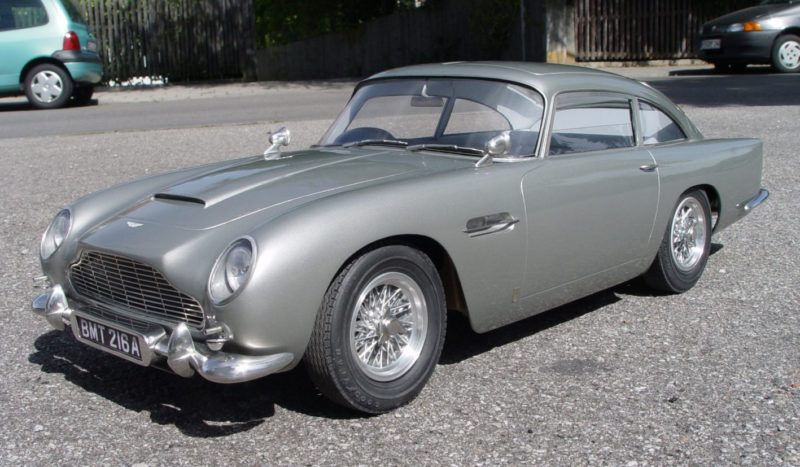 This 1964 classic oozes cool and was the first James Bond car, appearing in the 1964 film Goldfinger. The DB series is named after David Brown who was the head of Aston Martin between 1947 and 1972. When it comes to the question of just how stylish this car is, let’s just say if it’s good enough for Bond, then it’s good enough for you! These are some of the best classic cars money can buy. 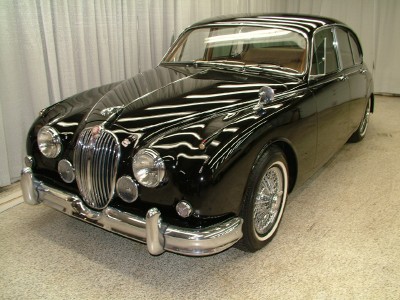 Manufactured in Coventry between 1959 and 1967, this car has a beautiful design. The car of choice for the distinguished TV detective Inspector Morse, this Jaguar not only looks majestic but is fast too – the 3.8 litre version has a top speed of 125mph. 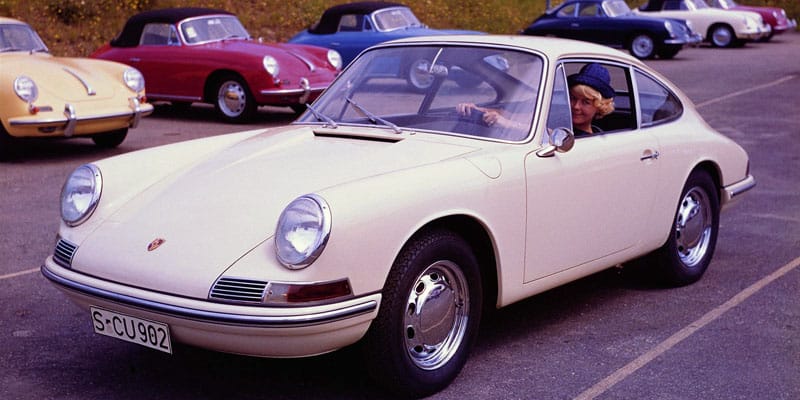 Although highly praised, the Porsche 911 is not among the top five classic cars Americans love but that doesn’t mean you don’t need one in your garage! Lately, the cars – especially earlier editions – skyrocketed in value. For the last five years or so, the value of pre-nineties models tripled. As Hemmings analyzed, only a decade ago one could find a classic pre-1989 Porsche 911 in a not-so-perfect condition in the $10,000 range. Now, even the most fatigued models are selling for $30,000+.

The car is still in high demand in Washington and in California. Of course, only if we factor out the Corvette and the Ford Mustang from the equation 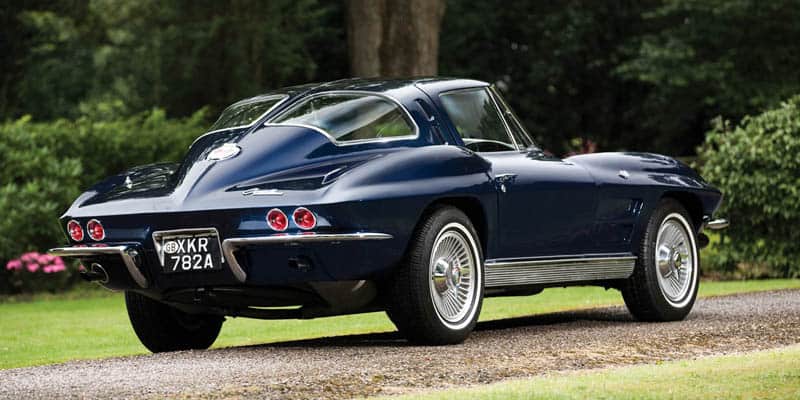 Yes, the Corvette. It is America’s most beloved classic car. Surprised? Well, don’t be. After all, in an adventure called the Corvette history, GM crafted a variety of different versions definitely picking the brain of all drivers.

The Corvette is one of only a handful of sports cars that survived for several generations and for more than six decades. That said, Hemmings found that the Chevrolet Corvette was the most sought-after classic car in 40 states. 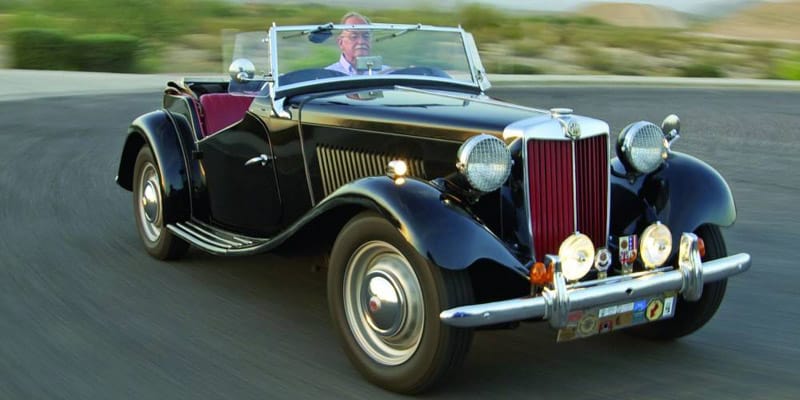 While it does look rather unremarkable, the MG TD is one of the most important cars that ever set its wheels on American soil. Becoming popular with American soldiers in Europe after WW2, who then imported them back to the US, the MG TD was the first proper sports car which popularized sports car craze in our country. Sure, there aren’t many of them on the streets right now, but it seems that everyone wants one. Hemmings reported that this classic car is the most popular in Wyoming. Arguably, this was the car inspiring American engineers and business moguls to develop and produce cars such as the Mustang and the Corvette. Although the Corvette and the Mustang are properly fast, the MG TD, produced from 1936 to 1955 in four or five different versions, wasn’t. Actually, with 50-something hp engines, the Midget needed more than 20 seconds to reach 60 mph. 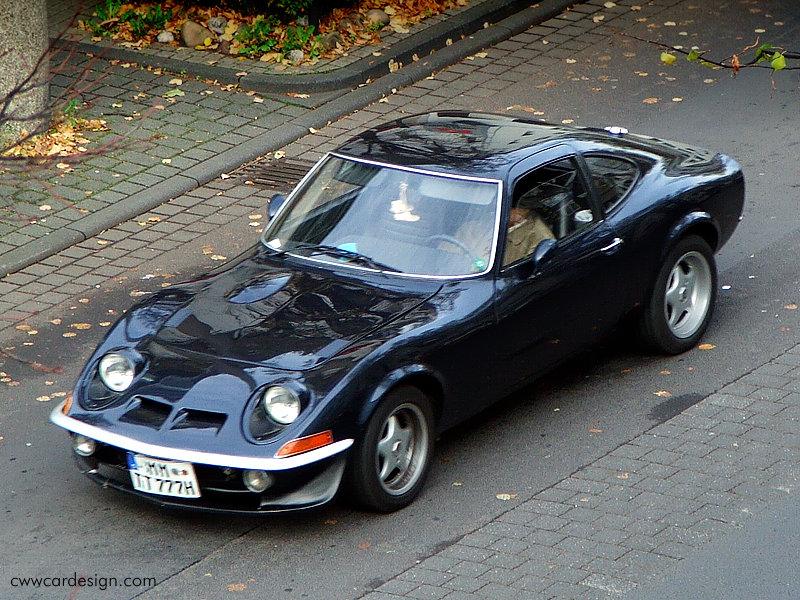 Cool vintage cars don’t get much sweeter than this! This two-seat sports car was manufactured between 1968 and 1973 and its design resembles a miniature Chevy Corvette. This was the first car to feature pop-up rotating headlights. As far as cool cars from Germany go, this beast is an absolute beauty. 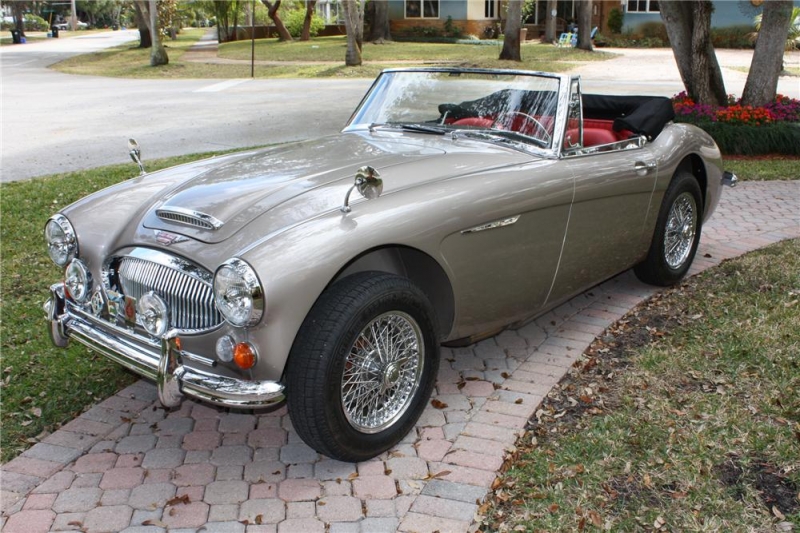 This pretty British sports car was manufactured between 1959 and 1967 yet still looks fresh and current today. 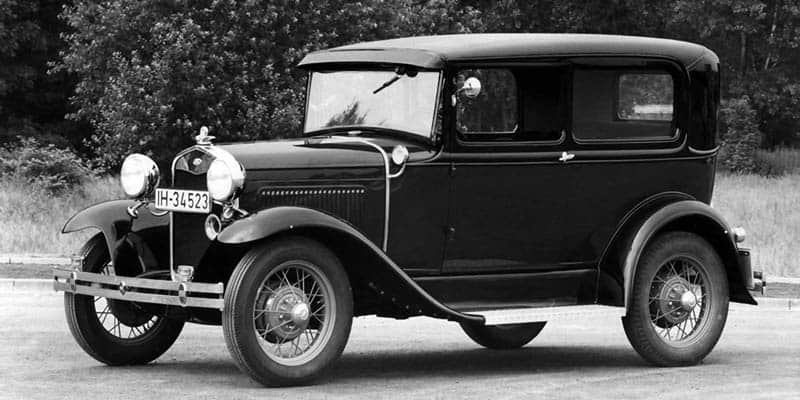 Although produced for just over four years, Ford production lines churned out 4,858,644 units of the Model A. As a major improvement over the Model T, the Ford Model A took mass-production to next level integrating brakes at all four wheels, some rudimentary safety systems and an engine making the car powerful enough to reach 65 mph. 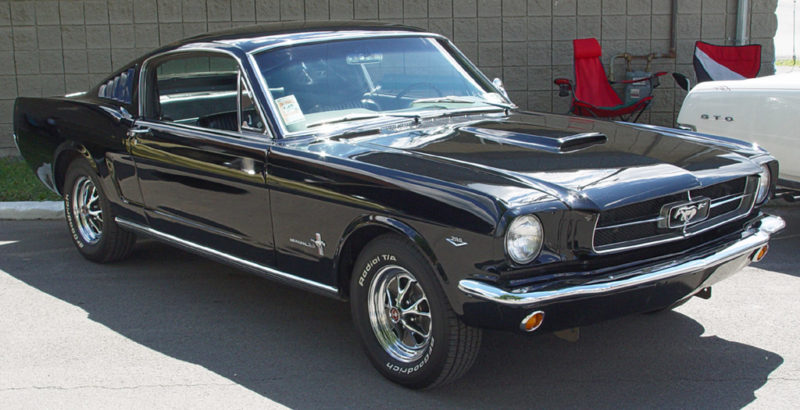 Sleek, muscular and super-cool, this 1964 classic still turns heads today. The 1968 Ford Mustang GT390 model shot the car to fame by starring in the film Bullitt. 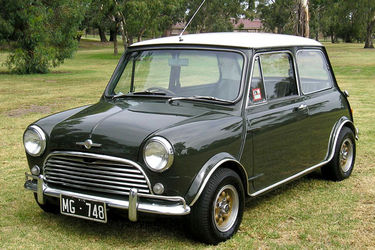 Britain’s answer to the VW Beetle, the Mini Cooper was first manufactured in 1959 and became an icon of the 1960s. Considered one of the best cars of the last century, this design classic featured a space-saving front-wheel-drive layout that meant that 80% of the floor space could be used for passengers and luggage. Loved by many, the Mini has also starred in many classic films including The Italian Job. 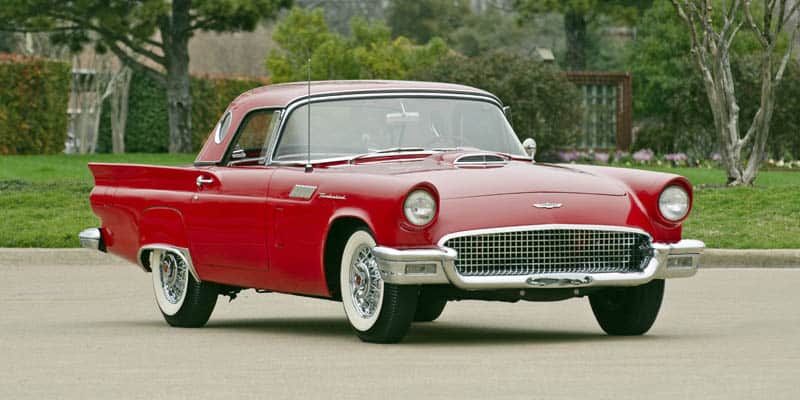 As some of the older Ford Thunderbirds are rather rationally valued and straight cheap, this car has been known to be a perfect classic car for all the gearheads of today. However, the first generation is where the gold is. With just over 53,000 units produced, classic retro styling and fifties luxury amenities inside, the 1955-1957 Ford Thunderbird proved to be quite a looker.

Some even say that the Ford Thunderbird was the one to start all that luxury car era. Interestingly enough, the T-bird had the same wheelbase as the Corvette of the time although Ford noted it was not a sports car, but a luxury personal vehicle – and today it’s one of the best old cars you can see out on the roads. 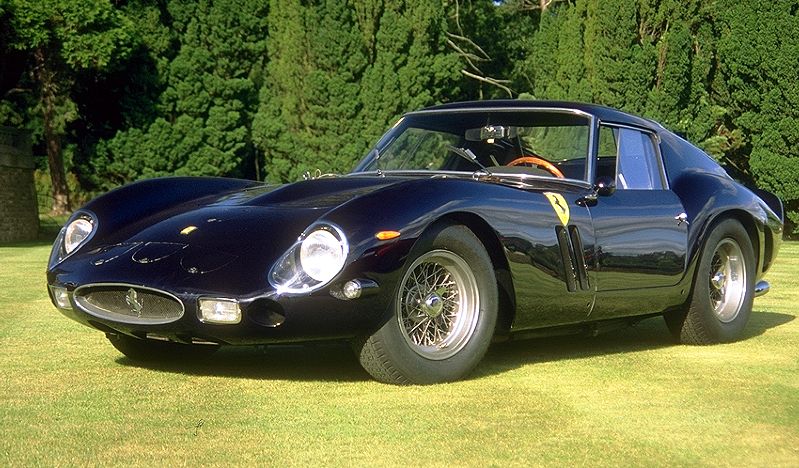 Truly unique, only 39 GTOs were ever made – 36 in the years 1962 and 1963 with a further 3 of the Series II model which has a slightly different design being made in 1964. A real design classic, the car’s exquisite style is matched by its seriously cool price tag, with sales of the Ferrari 250 GTO hitting the tens of millions of pounds. 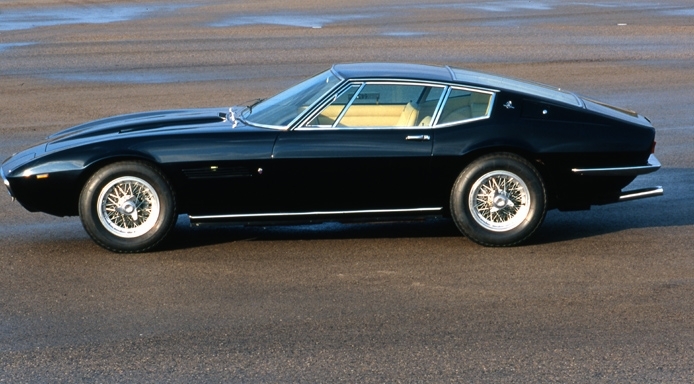 Glancing at those lines and shark-like nose tells you all you need to know – it’s easy to see why this 1967 Maserati is considered an absolute classic. 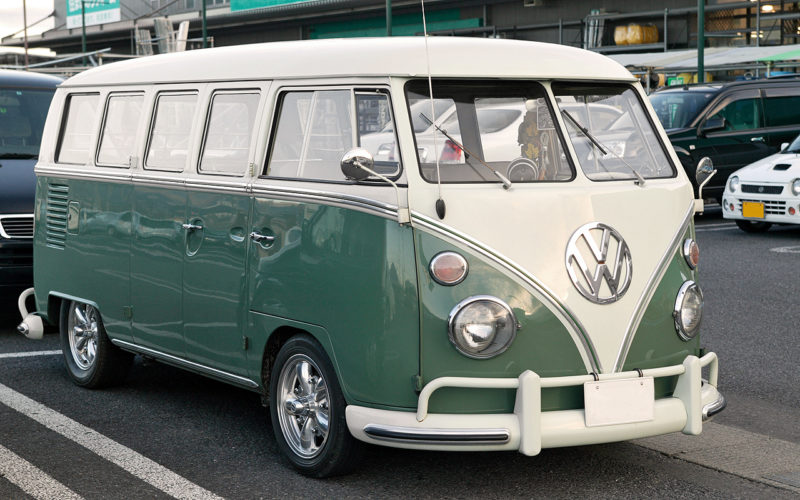 Since the 1960s, the VW Type 2 has been informally known in the UK as the VW Camper and has been a must for every traveler and surfer thanks to its simple good looks.

What’s missing? There are plenty of other vehicles that could be added to this list, like a Dodge Charger, a Ford F-100, a Pontiac GTO, anything from Alfa Romeo. However, we’ve just added the vehicles that we think are awesome in our personal opinion, cars that we would love to have in our collections. Let us know what you would’ve included!