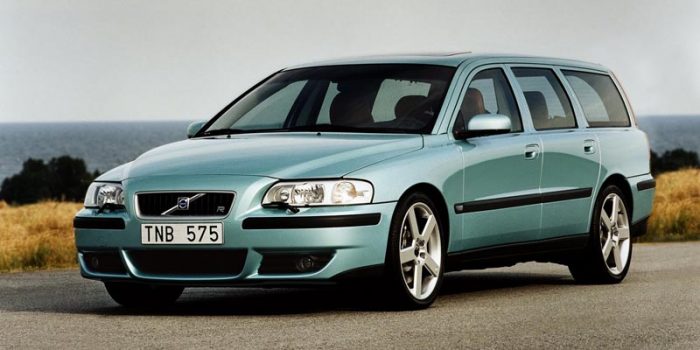 Volvo may have “granddad-car” curb appeal, but throughout history, the Swedes really did provide some exceptionally well balanced sporty cars and sleepers that are actually really cool. Sure, the latest Volvo cars do flirt with an ostentatious design more than before, but this list of 7 Sleeper Volvo Cars may change your perception of the brand.

Dig in and find something that would surprise people at the traffic lights. 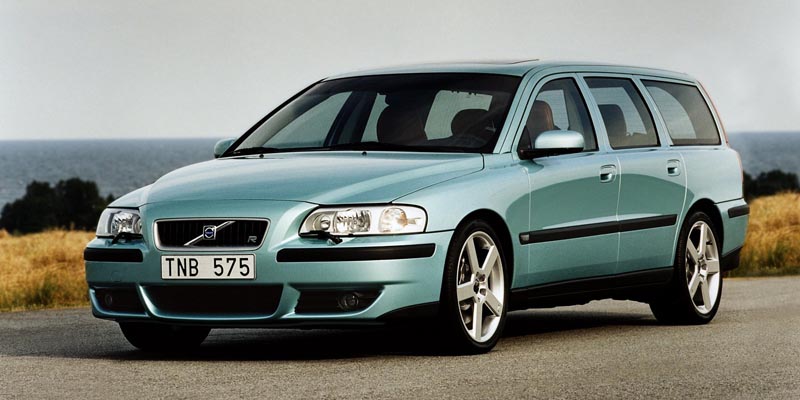 I am starting with this car for a reason. While Volvo did produce faster cars than the V70 R, the truth is that this one may be the epitome of a sleeper Volvo car fitting any budget. Back in 2002 when they introduced it, the Volvo V70 R brought a number of important novelties that none of its predecessors had. For example, it received a Haldex all-wheel-drive system, Brembo brakes, and three-mode suspension designed in conjunction with Ohlins. 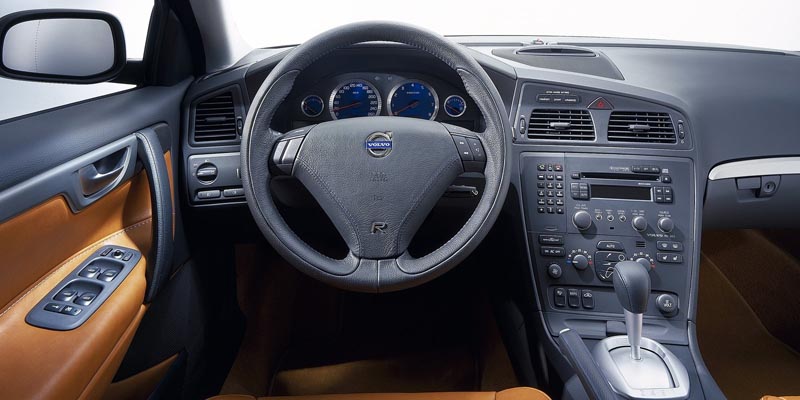 These additions transformed a family Volvo into something curiously fast, but still stylistically restrained. Sure, Audis and Bimmers of the time were a dash more shouty than this one, which made the V70 R possibly the best sleeper car out there.

Complementing such fine suspension and sporty hardware additions was a newly massaged 2.5-liter turbocharged engine. Developing 296 hp and 295 lb-ft of torque, it was a proper screamer that launched the Volvo wagon to 60 mph in just 5.9 seconds.

The Volvo V70 R was available with a six-speed manual or five-speed automatic transmission. It is still considered to be one of the most appealing Volvo cars on the market. 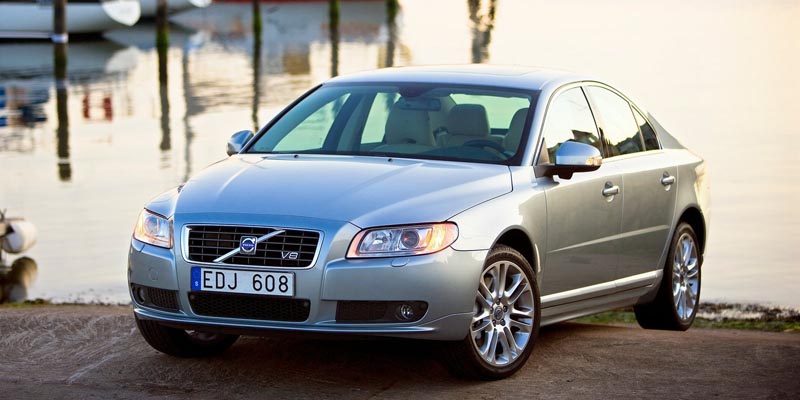 As an ultimate expression of the S80 architecture, the 2007 Volvo S80 AWD V8 is definitely one of the best moments for the company. The AWD setup and sublime engine are the centerpieces of this car. Volvo and Yamaha actually co-developed the 4.4 V8 which Yamaha actually built it in Japan, then shipped to Sweden for installation. 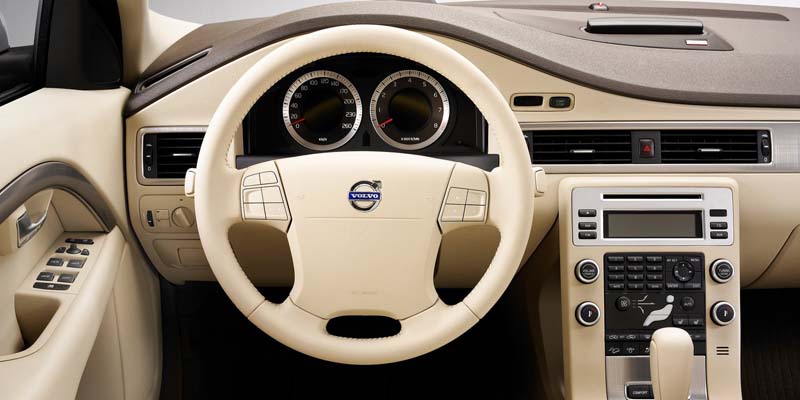 With a power output of 315 hp and 325 lb-ft of torque, the S80 V8 was the most powerful one on offer. Loaded up with comfort features, safety equipment, and driving aids, the 2007 Volvo S80 AWD V8 became something like a gentleman’s sleeper. It could do 60 mph in 5.6 seconds and easily reach 155 mph. Interestingly enough, the Volvo S80 is based on the Ford EUCD platform, and it is the only car sporting a V8 based on this platform. 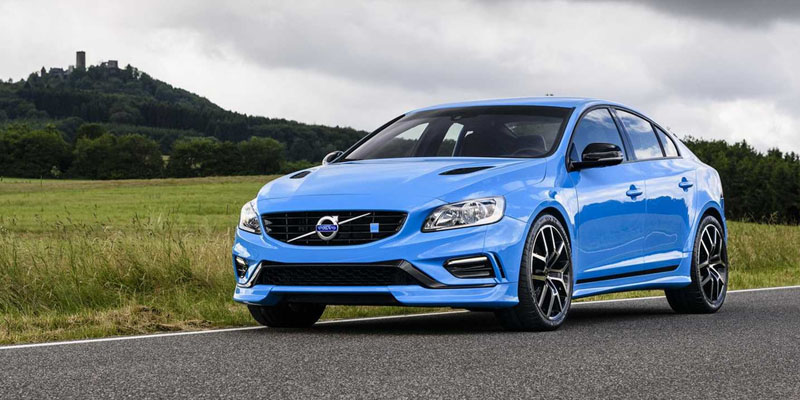 The Polestar definitely revolutionized Volvo street cred. Some of the newer cars look rather astounding after they got touched up by the Polestar division. Furthermore, their first dedicated Coupe may be one of the best-looking cars out there. However, their work on the S60 and the V60 is the most intriguing. It all started with the Polestar Performance concept in 2012. It grew to a full-on sports S60/V60 using a cool inline six-cylinder with 350ish hp.

Fast? For sure. The first version of the S60 Polestar was rather capable of making a 60 mph run in 4.7 seconds. 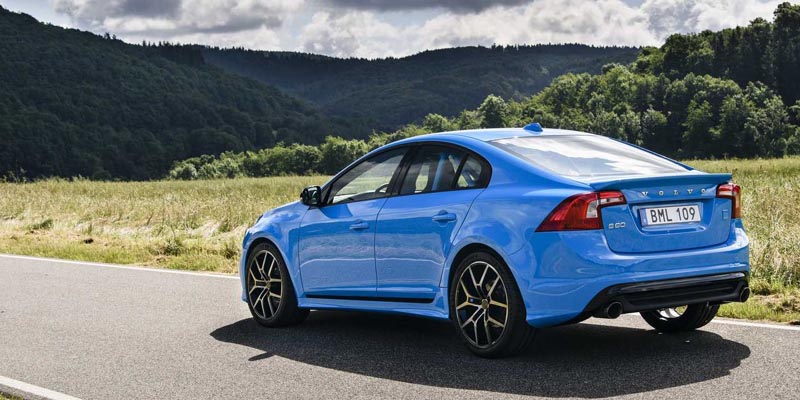 The new version, produced from 2017 onward, makes use of a two-liter engine. The turbocharged motor develops 362 hp and 347 lb-ft of torque (something like 15 torques less compared with the inline six). Also, the latest version gained an Aisin eight-speed automatic and some other suspension changes. In that regard, the 2017 Volvo S60 Polestar seems to be quite the performer. You cannot argue with 4.4 seconds to 62 mph.

Awesome. Is it a sleeper? I think it is. As long as it’s not in the dead frickin’ giveaway Polestar Blue… 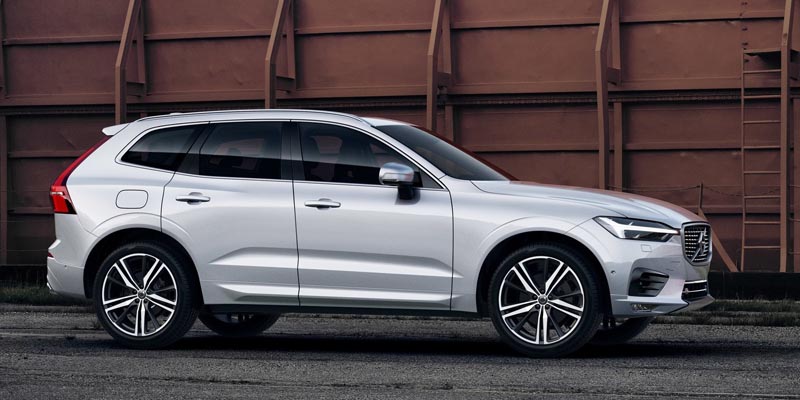 This one is not affordable, but it definitely is a sleeper. Who would expect that a compact SUV with a Volvo plaque is able to accelerate to 60 mph in much less than 5 seconds?

As the most extreme interpretation of the latest XC60, this car comes with a two-liter twin-charged four-cylinder developing 320+hp. However, the engine, which is much the same as in the S60 Polestar, is assisted with an 87 hp electric motor. 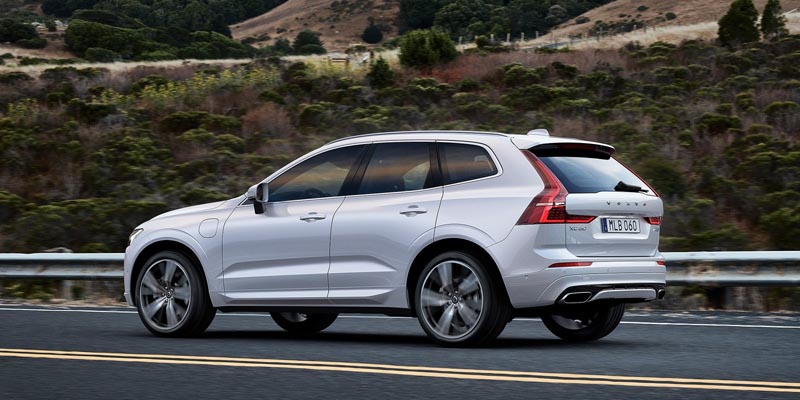 You are looking here at a $70,000+ car. That is a lot of money for a compact SUV. Let’s not forget about the turbo AND supercharger, though, and in concert with the electric motor? 421 hp! That’s not bad for a glorified grocery-getter. Hell, that’s not bad for a muscle car. 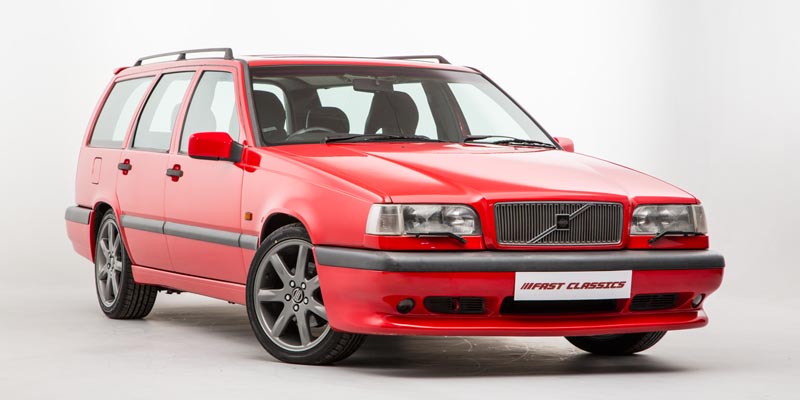 Just before Volvo revealed the magnificent V70R, the Swedes already felt the pulse of the performance market with the Volvo 850R Wagon. This one was introduced in 1996 as a continuation of the 850 T-5R. Of course, the V70R was the swan song for the 850 series Volvo cars, but Volvo cars made it a worthwhile effort really. In its fastest version, this Volvo Wagon sleeper featured a manual transmission linked with a 250 hp and 260 lb-ft engine. 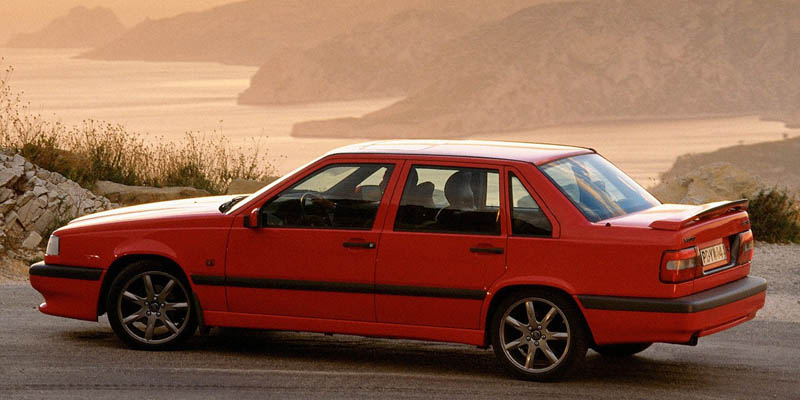 2.5-liter 5 cylinder was able to accelerate the car to 62 mph in 6.5 seconds and achieve 158 mph at the top end. Obviously, it’s quite a fast car. Apart from offering the model with a Wagon body style, some buyers chose the saloon version instead. 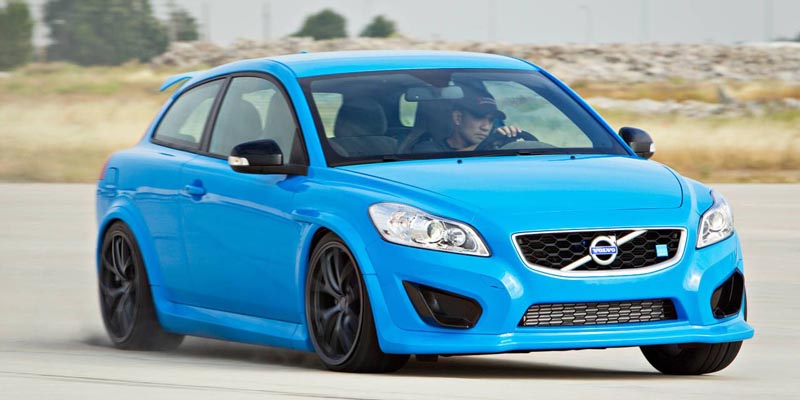 Yes, Volvo has a hot-hatch. It is called the C30 Polestar – a small car with a 2.5-liter turbocharged engine giving out a fantastic 250 hp and 273 lb-ft of torque. Considering that such a massively powerful engine landed in such a small car as the C30, I can only assume it was a real performer on the streets. The 3,211-lb car with front wheel drive and a six-speed manual could do 60 mph in 5.9 seconds and achieve 140+mph. 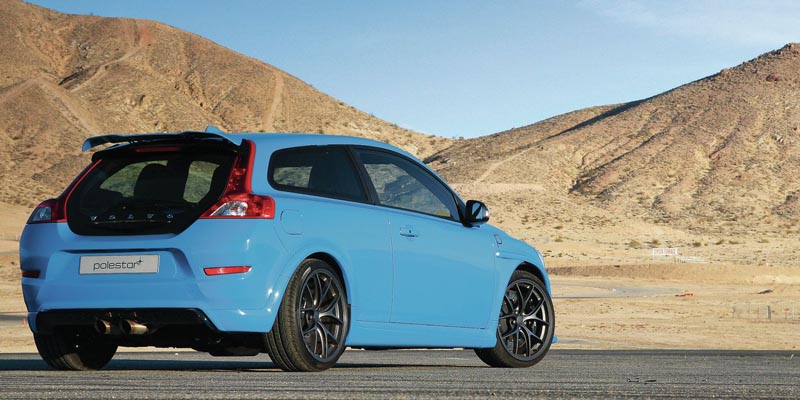 This Volvo car has to be a sleeper too. Volvo’s latest models may be far more plush and refined, but this one was sort of raw and sincere in its madness. Google Volvo cars for sale and you should find one or two on offer. Worth a look for sure. 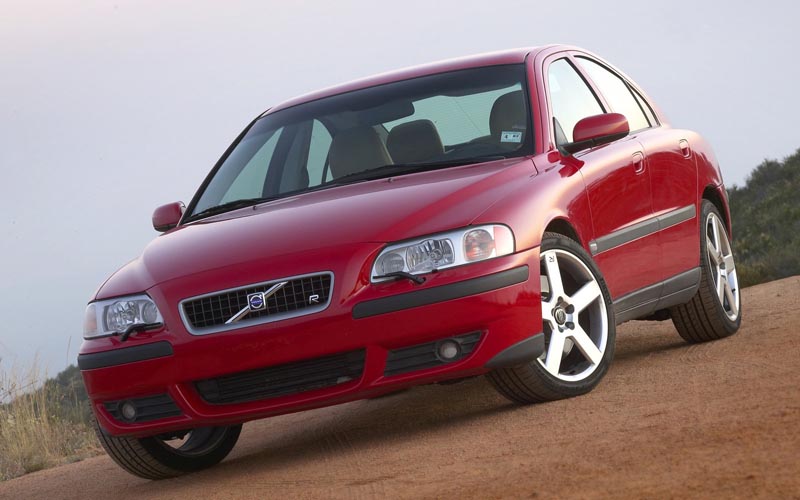 Before the latest Volvo S60 Polestar come to be, real sports saloon lovers had a great Volvo cars opportunity too. This is the 2004 Volvo S60R – an astoundingly well-executed saloon with Haldex all-wheel drive, automatic or manual transmission, Brembo brakes and  “Continuously Controlled Chassis Concept” suspension setup. 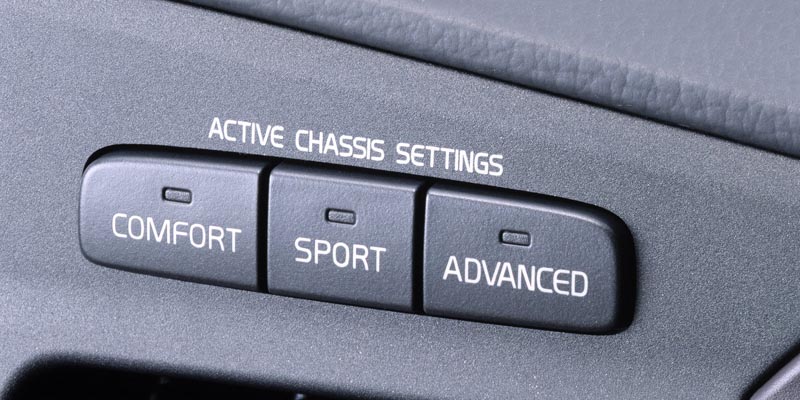 This was the main hardware differentiating the S60R with other S60 cars. That is, before the engine. An inline five-cylinder with a turbocharger was offered with 300 hp and 300 lb-ft of torque (260 lb-ft for the automatic). This was easily enough to accelerate the car to 60 mph in 5.5 seconds.

If a sleeper is what you are after, you cannot go wrong with this one.

Sleeper Volvo Cars for Any Budget

There really is just something special about a sleeper Volvo car; fast cars are great and all, but fast cars that look like slow cars are just so much more fun. There’s a good bit of character that’s hard to pin down and impossible to replicate, but one thing is for sure: if you wind up in any one of these great cars, you’ll be smiling ear-to-ear the whole way home.


17 Iconic Cars Matched With Photos Of The Animals They Are N...
7 Easy Ways To Reduce Car Repair Costs
10 Cheap Trucks that Feature Amazing Power
The Best of 2021 Dodge
Ranking The Best Spray Wax To Keep Your Auto Paint Looking F...
8 Best Diesel Trucks You Can Buy & 4 Of The Worst