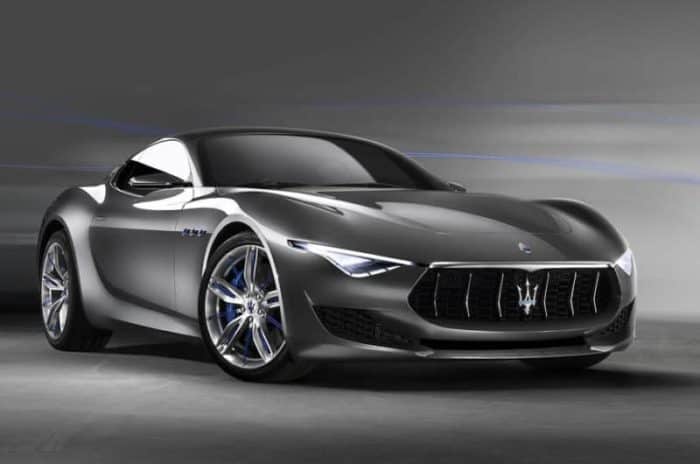 Meanwhile, company’s global sales also went up in 2017, reaching an all-time high at 46,238 sold vehicles. Furthermore, the Italian automaker has enjoyed one of the industry’s highest CAGR (Compound Annual Growth Rates) of 95 percent for the period between 2010 and 2017. Almost half of their global 2017 total falls off on then-introduced Levante SUV (22,189 units).

Region-wise, Asia has exhibited the largest growth rate of 39.6 percent, but Europe and North America follow suit with 21 and 15 percent respectively. Moreover, every single region has been kind towards the Italian brand in 2017. A feat they can’t really say has repeated in 2018. This temporary setback is something they hope to counter with the next-generation of electrified models which will start arriving in 2020.

Speaking of 2018, company’s fortunes took a sharp turn for the worse as their U.S. sales totals came to a stop at 11,255 units which is a 20 percent decline compared to record-breaking 2017. This trend translated to other overseas markets as well with downturn being particularly bad in China where Maserati’s sales had dropped by 35 percent. In total, they’ve sold 36,500 vehicles across the world which is a 21 percent loss compared to 2017.

Without further ado, let’s take a closer look at what’s to be expected from the 2020 Maserati lineup, and which of their models to pay special attention to – in both the positive and negative connotation.

You can also take a look at what the Maserati’s exclusive partner Ferrari is planning to do in 2020, as well as their German-owned competitor Lamborghini.

The 2+2 grand tourer was first revealed as a concept car at the 2014 Geneva motor show, and after more than five years of adaptation for mass production, it’s finally ready to rise and shine. Maserati CEO Harald Wester said that Alfieri is finally scheduled to drop the wraps in May 2020, this time at company’s headquarters in Modena.

The 2020 Maserati Alfieri will serve as the luxury Italian company’s new flagship model available in both coupe and convertible forms – both likely to be priced well over $100,000 with the latter probably available later on. It’ll ride on an aluminum spaceframe platform which promises to be a great base to build upon.

Being a six-digit sports car with the Italian luxury pedigree, the new Maserati Alfieri is also expected to sport some sort of active aerodynamics. Needless to say, it’ll also boast a number of advanced driving aids. When it finally arrives to dealerships (and this will likely happen later in 2020), it’s expected to be pitted against the most powerful Tesla and Porsche models.

That brings us to another one of Alfieri’s defining moments. It’ll apparently be available in both the plug-in hybrid and EV guises. Before both these electrified versions arrive, however, the trident badge will first reveal a good-old-fashioned internal-combustion-powered Alfieri, likely motivated by a Ferrari-sourced 3.8L twin-turbo V8 capable of putting up 590 horsepower. After all, they do possess exclusive rights to partnership with the Maranello company and they’d better use it to the fullest extent for their own good.

The EV version of the Alfieri should be next in line. Dubbed the Alfieri Blue EV, it’s expected to combine three electric motors (one for each rear wheel and one on the front axle) with a large battery pack for an undisclosed net output. The company did state that the EV should be capable of hitting 60 mph from a standstill in around 2 seconds and maxing out at 185 mph. It’ll also support ultra-fast 800-volt charging – just like the recently revealed Porsche Taycan and many other upcoming nameplates.

Finally, the plug-in hybrid version of the new car will apparently arrive last – probably around 2022 – and add an electric motor and a small battery pack to the gasoline model’s powertrain. We’ll know more soon enough and no true car enthusiast can remain indifferent at the prospect of a vehicle of the Alfieri’s caliber. 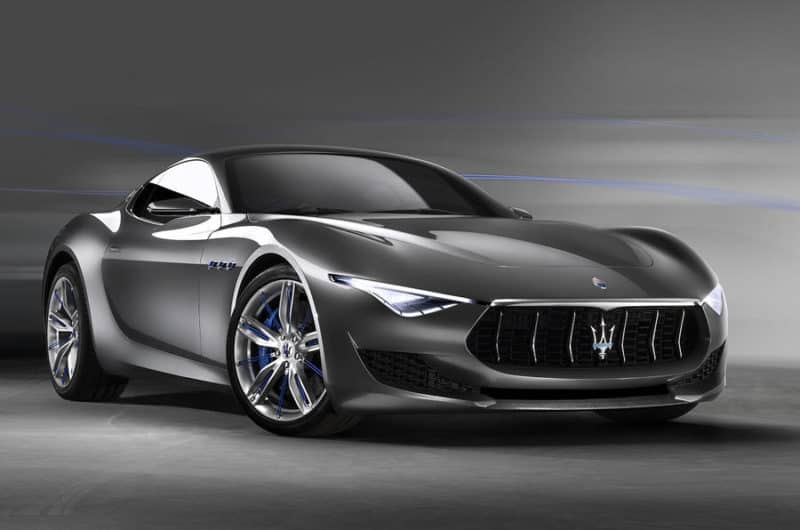 The company’s very first SUV is also the main reason behind Maserati’s newfound success in markets across the world. As already mentioned above, the Levante’s sales account for almost 50 percent of company’s global totals and the U.S. market follows that trend. However, the exotic SUV is also the reason behind their slump in 2018 as the initial excitement was short lived.

This is one of the main reasons behind the introduction of the performance-oriented Levante GTS and Trofeo. Apart from packing more heat than their more basic counterparts, the GTS and Trofeo also cost more – $120,000 and $170,000 respectively to be more precise. The entry-level Levante starts from around $77,000, while the Levante S costs $88,000.

All models offer impeccable luxury and sublime styling both inside and out. They’re also fun to drive – especially the more powerful models – and their ride is smooth. However, we have to mention their quite pricey options – especially when it comes to advanced safety gear and driving aids.

The Maserati Levante starts its journey as a 345-horsepower, somewhat tame luxury SUV that becomes a 424-horsepower beast with the addition of the S badge. Both models share the same 3.0L twin-turbo V6 engine mated to an 8-speed automatic transmission.

Likewise, the GTS and Trofeo models also share their engine – a 3.8L twin-turbo V8 sourced from Ferrari this time around. It generates 550 or 590 ponies respectively while throwing in 538 pound-feet of twist at the same time. An 8-speed ZF automatic is a mandatory option with this engine as well, and so is an all-wheel drive configuration.

These specs allow the most potent model of the bunch to accelerate to 60 mph from a standing start in only 3.7 seconds. What’s more, the Italians even sell the diesel-powered Levante, but not in the U.S.

Although The Levante is expected to continue drawing the most new customers to the brand, the Italians will still have to do a lot more in order to keep its sales on the current level. The news that they had to resort to a severe 59-percent reduction in working hours on the model’s lines due to lower demand isn’t exactly encouraging. 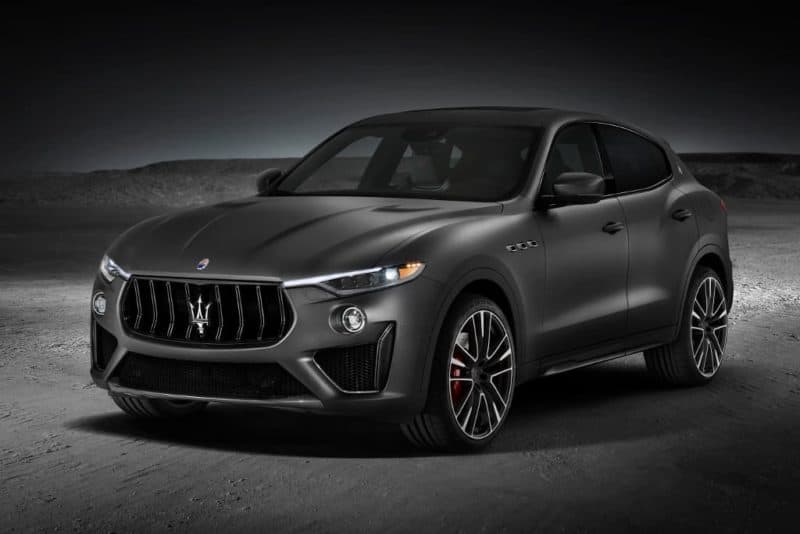 What’s Not in the New 2020 Maserati Lineup

The iconic nameplate’s latest iteration was first unveiled at the 2013 Shanghai Auto Show and hasn’t been properly updated since. A recent facelift saw some of the Levante Trofeo’s exclusives like unique leather upholstery and a redesigned gearshift migrate to the Ghibli, but overall, the luxury sedan has remained virtually intact.

Busy on the all-new Alfieri and electrification process for the future, the Italians will let the Ghibli soldier on for a while yet (most likely until model year 2023). This means that the 2020-year model basically carries over mostly unchanged once again. However, it does get an all-new hybrid powertrain but we’ll get to that later.

Although the 4-door sedan looks and feels stunning, it doesn’t come without shortcomings of its own. For starters, it can quickly become expensive as the $76,000 entry-level models don’t really come with as many features as have come to be expected for its class. Also, at a full 11 inches shorter than the Quattroporte, it’s not exactly inviting for larger rear-seat occupants. Furthermore, the Ghibli weighs in at more than 4,000 pounds and that’s easily felt.

Although the company offers a diesel alternative overseas, the U.S.-spec Maserati Ghibli comes with only one available engine. The Ghibli’s 3.0L twin-turbo V6 is good enough for 350 horsepower and 369 lb-ft of torque which are routed to the rear wheels via an 8-speed ZF gearbox. The $81,000 S version, however, serves as an alternative by providing 424 ponies and 406 pound-feet of rotational force which can optionally be routed to all four corners.

The above-mentioned Ghibli plug-in hybrid will be the first of many upcoming electrified Maserati cars and will likely use the same internal combustion engine paired with electric motors and a battery pack as the remainder of its conventional lineup.

Other than that, nothing new is expected on this front – at least not for the time being. The next-generation Ghibli will likely utilize some sort of an all-electric powertrain but that’s a story for another time. 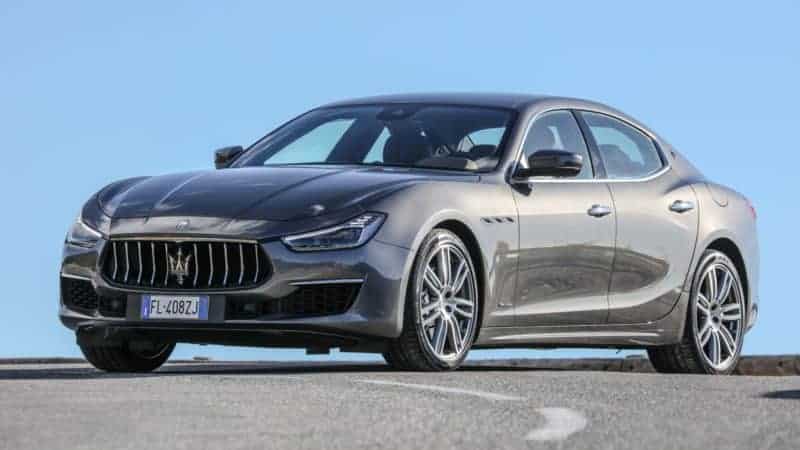 The current generation of the full-size 4-door luxury sedan was also introduced in 2013, and apart from some minor changes, hasn’t been properly updated so far. Recent changes to its frontal fascia were, however, slightly more substantial than those conducted on the smaller Ghibli.

The next-generation Quattroporte is still far away and the current models are slowly but steadily beginning to show their age. Although it’s considerably larger than its Ghibli sibling, the Quattroporte still sports a cramped rear seat that limits its versatility.

Speaking of engines, the base 3.0L twin-turbo V6 is only available in a higher state of tune which yields 424 ponies and 406 lb-ft of twist. It’s standard in a rear-wheel drive config, but the optional all-wheel-drive model is also available for an extra $6,000.

The range-topping Maserati Quattroporte GTS develops a whopping 523 horsepower and 524 lb-ft of rotational force thanks to a 3.8L twin-turbo V8. The optional V8 engine is exclusively available in the rear-wheel-drive configuration, however, but shrieks a nasty exhaust note to compensate. It also helps the 4,650-pounder to a 0 to 60 time of 4.7 seconds in the process.

As good and powerful as it may be, the Quattroporte finds it hard to justify its hefty sticker and sales reflect that. 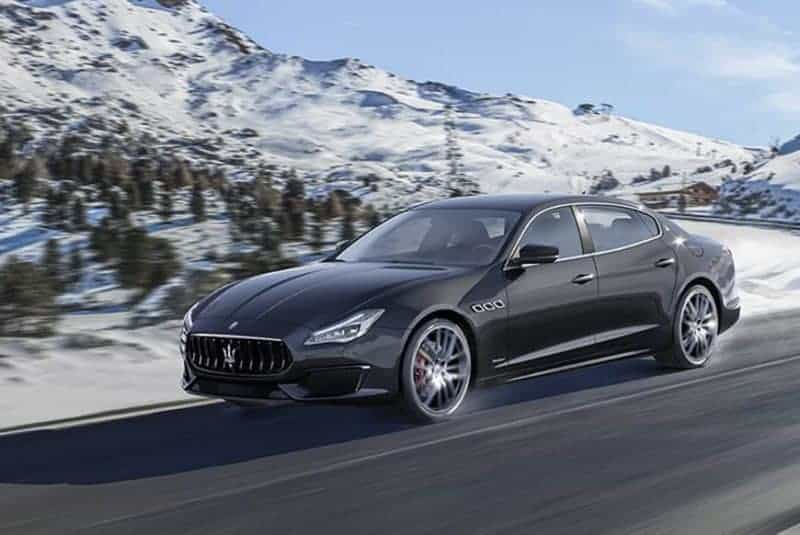 The Italian automaker’s grand tourer aptly named GranTurismo has been around since 2007 and company is still undecided about what to do with it. Not that the current model has lost any of its charm, but it’s seriously showing its age despite looking great even after more than a decade on the market.

Maserati’s flagship model that costs $135,000 in its coupe configuration and $151,000 in its convertible form is finally getting axed after 2020 in spite of company’s initial plans to actually give it a full makeover. To commemorate the occasion, the Italians have introduced the special edition named Zéda which sports a unique gradient paint job which transitions from blue, over black, to white.

The current-generation GranTurismo uses a naturally aspirated Ferrari-sourced 4.7L V8 mill as its centerpiece and the GranTurismo Zéda will be no different. This engine is more than capable of putting up 454 ponies. Also, one can’t simply understate the sound of its exhaust note which is slowly but steadily becoming extinct in the era of forced induction.

Long story short, the Maserati GranTurismo has been left to die on the vine and most 2020-year models will probably be from a leftover 2019 stock. 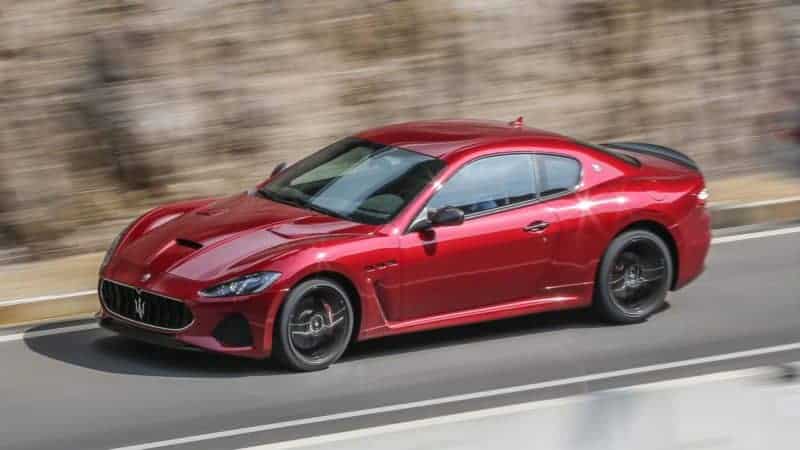