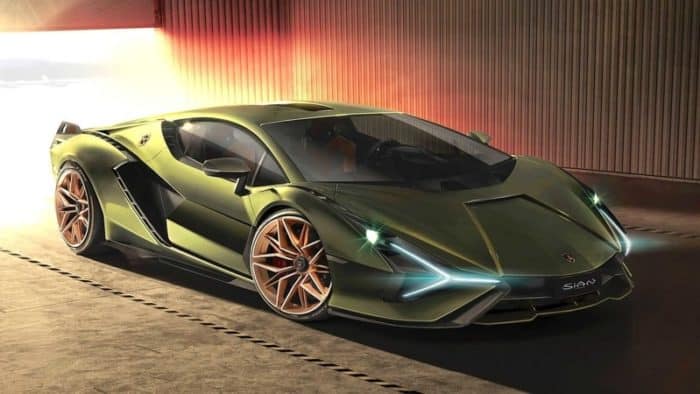 The Italian supercar manufacturer has officially embarked on the Ferrari hunt considering how 2018 has become their eighth consecutive year of growth in terms of overall sales. Lamborghini first achieved record figures in 2017 with 3,815 vehicles marketed across the globe but their 2018 full-year numbers are through the roof. With 5,750 deliveries worldwide, their total sales have soared by almost 51 percent in only a year.

The Huracán and Aventador supercars have managed to achieve quite a result on their own and that’s something that needs to be mentioned. However, driving force behind their success in 2018 is, of course, the Urus SUV of which 1,761 units were delivered. The fastest SUV in the world was always expected to become the company’s best-selling model, and it’s safe to say it has delivered.

By the time 2020 arrives, Lamborghini will most likely have found a way to increase their sales and profits even further and that’s what we’ll try to focus on here.

Without further ado, here’s what to pay attention to when it comes to the 2020 Lamborghini models that’ll be available by then. Looking back at some of the fastest Lamborghini cars ever created also looks like a good idea in my book.

The Urus can’t boast with being the company’s first SUV ever as that honor belongs to the awkward LM002 a.k.a. Rambo Lambo from the mid-eighties. It can, however, boast with being one of the best SUVs in the world right now, at least until proven otherwise.

Don’t let its sensitive Italian supercar frame fool you! The Lamborghini Urus relies on German engineering and sports superb off-road capabilities unparalleled among exotic car makers thanks to no less than six available driving modes (three of which are off-road-oriented). It shares its MLB Evo platform with the likes of Bentley Bentayga, the largest Audi crossovers, and Porsche Cayenne if you’re looking for a model to compare it with.

The $200,000 price tag, however, provides more pizzazz than its distant in-house siblings. Not only is it capable of traversing any terrain with ease, the newest Lambo is equally capable on the pavement as it is on the track, but that’s something we’ve come to expect from Lambo’s over the years. Add to that Level 2 driver assistance features and you can easily see why Urus is one of the most advanced Lamborghini vehicles ever devised. Oh, and it has a real trunk.

The power (and lots of it) comes from a 4.0L twin-turbocharged V8 shared with the Panamera and Cayenne Turbo. The Urus manages to squeeze extra juice from it, however, since the engine cranks up 641 horsepower and 627 pound-feet of twist in this exotic application. Power is routed to all four corners via a ZF-sourced 8-speed auto, a Torsen center differential, and an electronically controlled torque-vectoring differential at the rear.

Cross-drilled carbon-ceramic discs are standard from the get-go, and so are Pirelli P Zero PZ4 tires. The fastest SUV to date can accelerate from 0 to 60 mph in a little over 3 seconds while maxing out at 190 mph. These are obviously supercar figures, but again, that’s the least we’ve come to expect from a Lamborghini.

Although conventional 2020 Lamborghini Urus models (if one can regard them as such) remain virtually unchanged, Italians will be offering the all-new track-focused Urus ST-X which will be used in the new one-make racing series scheduled to take place on FIA-accredited circuits in Europe and the Middle East during 2020. A side-exit exhaust system, 21-inch center-lock aluminum wheels, a large rear wing, and more aggressive air intakes are some of ST-X-exclusives. 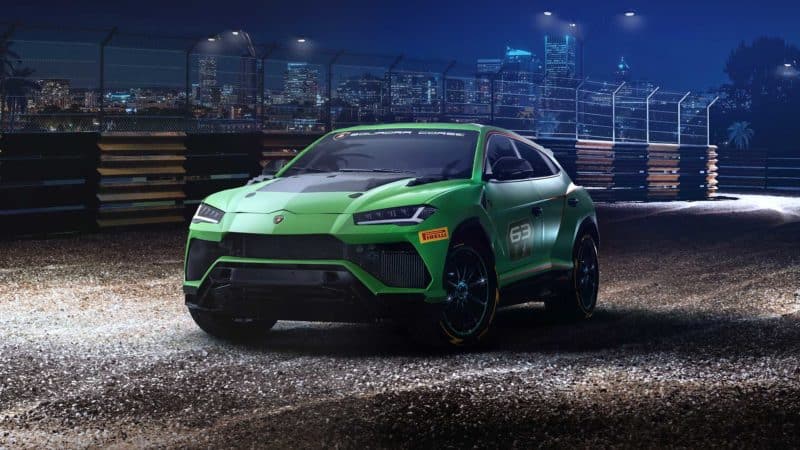 The more affordable of the two Lamborghini supercars has been a huge success for the company ever since it made its debut in 2014. The time has now come for a major overhaul and the second-generation Huracán Evo comes out as a result.

The Huracán Evo ups the ante by practically making the pre-facelift Performante models standard-spec. Not only does it make the Performante engine standard from now on, but also the former top tier model’s technology, including a recalibrated four-wheel steering system and torque vectoring.

The exterior changes are mostly cosmetic with a new front diffuser, new wheels, a repositioned exhaust, and an integrated rear wing sticking out. Inside, the redesigned models benefit from a new 8.4-inch touchscreen display on a center tunnel. The 2020 Lamborghini Huracán Evo doesn’t get the Performante’s aero package, however, and it weighs exactly 88 pounds more in coupe form (3,134 pounds). This, however, doesn’t impact its performance.

Speaking of which, the Huracán Evo’s 5.2L V10 generates 631 horsepower and 443 lb-ft of torque which is routed to all four corners via a 7-speed LDF dual-clutch transmission. Much like its pre-facelift Performante role model, the all-new Huracán Evo accelerates to 60 mph from a standstill in just 2.9 seconds and maxes out at 202 mph.

The company claims downforce efficiency has been improved by 500 percent compared to the original LP 610-4 Coupe from 2014. The new model includes something called Lamborghini Piattaforma Inerziale which consists of accelerator and gyroscope sensors that eventually help keep the coupe in the optimal setup for the given road and situational conditions.

All this costs, however, as the Evo starts from $261,274. That’s not all as the Spyder version of the Huracán starts from $293,000. It weighs around 250 pounds more than the coupe but the Evo Spyder suffers no performance losses. 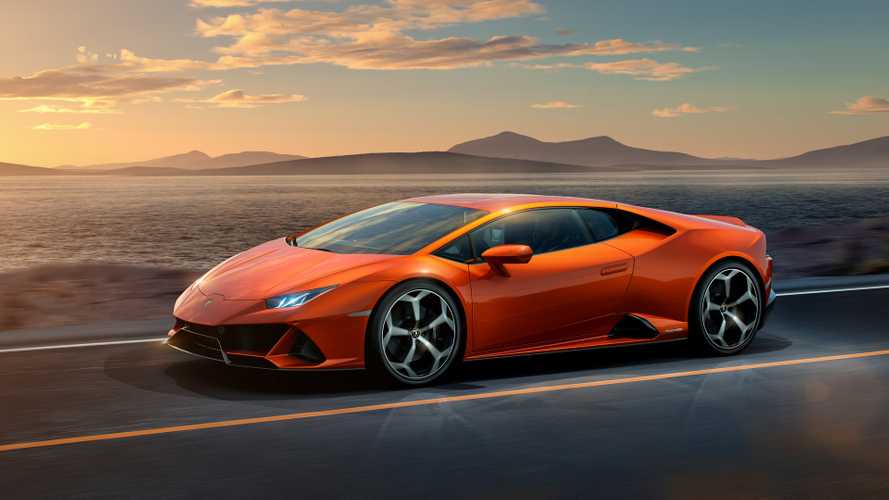 The long-serving Aventador is going into a well-deserved retirement after 2020 and Lamborghini has found it appropriate to honor the supercar with one last bang. Enter the Aventador SVJ which stands for Superveloce Jota with the first word translating to superfast while the Jota suffix denotes the supercar’s track focus. Considering the SVJ broke the Nürburgring Nordschleife lap record for the fastest street-legal car upon its arrival by circling it in 6:44.97, the track superiority suffix is well-earned.

Compared to the already track-prepped Aventador SV, the Superveloce Jota sports titanium intake valves with crankshaft and pistons and more aggressive cam profiles. It also gets the ALA (Aerodinamica Lamborghini Attiva) active aerodynamics system that debuted on the Huracán Performante. Despite the technological advancements, one can’t fail to notice the Aventador’s interior is beginning to show its age, which is hardly surprising considering the model debuted in now-distant 2011.

The ultimate version of the sports car costs a little bit over $520,000 and only 900 units are to be produced. There’s also a special 63 Edition which commemorates the company’s foundation year and is limited to, well, 63 units, of course.

The Lamborghini Aventador SVJ uses the same 6.5L V12 engine as any other model in the family. The mentioned J suffix, however, adds 19 more ponies to the already-intimidating Aventador SV’s output, bringing the final figure to 759 horsepower. It also produces more torque which amounts to 531 lb-ft and comes to life at 6,750 rpm.

The Lamborghini Aventador SVJ accelerates to 60 mph from a standstill in just 2.6 seconds and, as described before, eats corners for breakfast. It also reaches the top speed of 217 mph while creating 1,100 pounds of downforce – 40 percent more than what the Aventador SV manages.

These are all quite remarkable figures for a car weighing 3,868 pounds. What’s more, a “dry” SVJ tips the scales at 3,362 pounds which clearly shows how much fluid of all kinds it’s been pumped with. All things considered, the SVJ is a worthy send-off for arguably the best Lamborghini supercar ever produced. 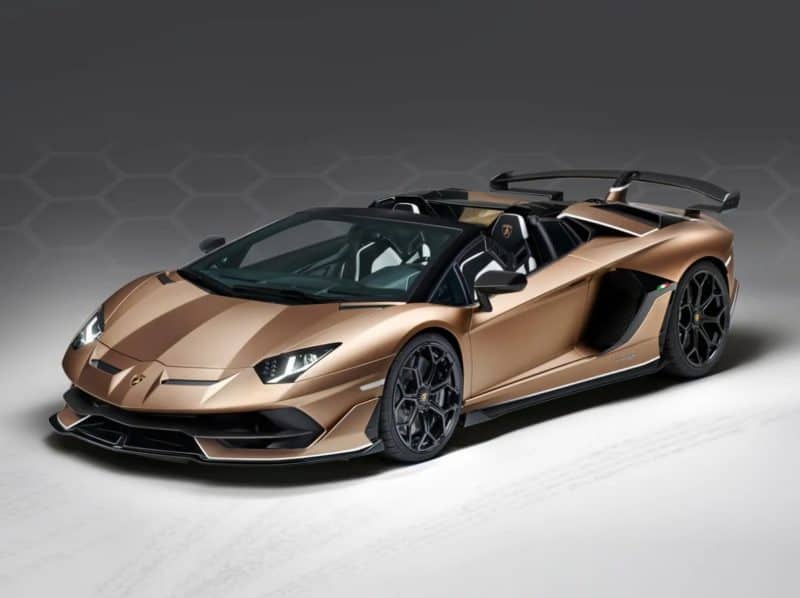 Although the Aventador is heading into a much-deserved retirement, as stated before, the Italians are already working on its replacement which is scheduled to appear sometime in 2020. Codenamed LB48H, the limited-run prototype, which draws inspiration from the Terzo Millennio concept hypercar, has already sold out behind closed doors. 63 units have been made and each commanded an exorbitant price tag of around $2.5 million.

The next-gen range-topping Lamborghini supercar will feature hybridized technology for maximized output and improved fuel economy, but it’s still uncertain what level of hybridization we can expect. Lambo’s chief technical officer Maurizio Reggiani also stated that the Aventador replacement will likely use an electric motor to drive the front axle. He also said the Aventador replacement will use supercapacitors, but to what extent, we still don’t know.

The hybrid system will undoubtedly add more mass (maybe as much as 440 pounds) even with weight savings elsewhere and it’ll be interesting to see how the combined engineering prowess of Italians and Germans aims to remedy that.

Although the Aventador successor will sport a hybrid powertrain, a naturally aspirated 6.5L V12 should remain as its centerpiece. The aforementioned LB48H prototypes reportedly generate as much as 838 horsepower thanks to a hybrid-assisted version of that mill.

Unveiled at the 2019 Frankfurt motor show, the Lamborghini Sián looks to be even closer to the final product than the aforementioned prototypes. The first hybridized production car by Lamborghini ticks almost all the boxes except name which translates to lightning in the Bolognese dialect. The 2020 Lamborghini Sián certainly is fast as lightning as it provides a combined 807 horsepower and gallops from 0 to 60 mph in 2.8 seconds.

Prices can also only be speculated upon, but expect the new flagship supercar to start from north of $400,000 which was the Aventador’s starting point as well. We hope that the Italians will release more details at one of the upcoming major car shows in early 2020.

What’s Not in the New 2020 Lamborghini Lineup

The remainder of the Lamborghini Aventador lineup won’t be as cool as it used to be throughout the years. The venerable supercar is beginning to show its age – mainly on the inside where it’s lacking a contemporary infotainment setup that’s almost mandatory these days. In spite of all of its strong points, fewer and fewer people are prepared to splash north of $400,000 on an outdated supercar, and the fact the Italians are working on Aventador’s replacement should serve as another detrimental factor to the 2020 Aventador’s sales.

Apart from the track-oriented SVJ which we deemed cool enough, the remainder of the Lamborghini Aventador range will consist of LP 740-4 S coupes and roadsters. Capable and sharp-looking as they are, they’d have otherwise found their way to the “cool” part of our list here. However, given the aforementioned circumstances, we had to list them as less desirable despite their recent sales successes. It’s the end of an era, after all.

The “conventional” LP 740-4 S Aventadors manage to squeeze 730 horsepower and 509 pound-feet of twist out of Lambo’s naturally aspirated 6.5L V12 powerplant. That’s 39 ponies more than what discontinued standard non-S versions of the supercar was able to make, with the torque curve remaining intact.

Thanks to that, the coupe is able to hit 60 mph from a standstill in just 2.9 seconds, while the roadster accelerates insignificantly slower due to its added weight of 110 pounds. They’re still miles apart from the original Aventador models which bowed down after 2016, and they owe it mostly to technological advancements instead of a few additional horsepowers.

We expect their sales will remain strong in spite of the end of the line being just around the corner. Some Lamborghini faithful will likely bide their time waiting to snatch a replacement model, but then again, Lambo owners are a peculiar bunch. A number of them might just decide to do both. 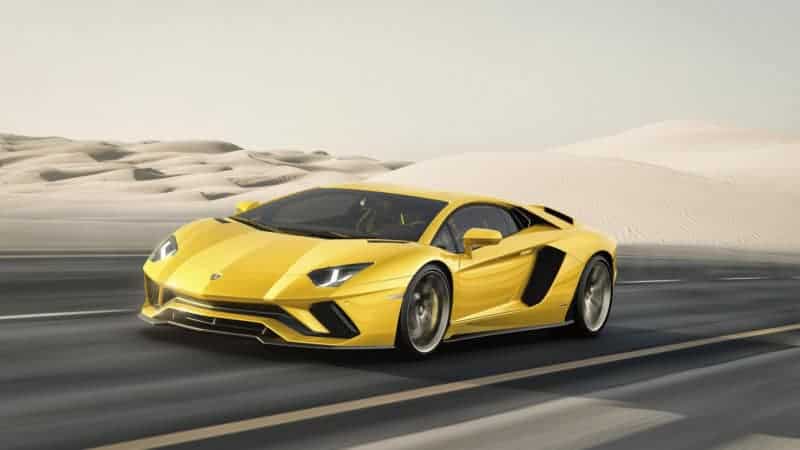 
Seven Fabulous El Camino Resto Mods
Crazy Traffic Laws From the U.S. and Around the World
DRIVEN: 2022 Chevrolet Bolt EUV [Review]
Live In Latvia: Watch All The Action From World's Largest D...
Car Overheating? What To Do When Your Engine Temp Spikes
2015 Toyota Supra