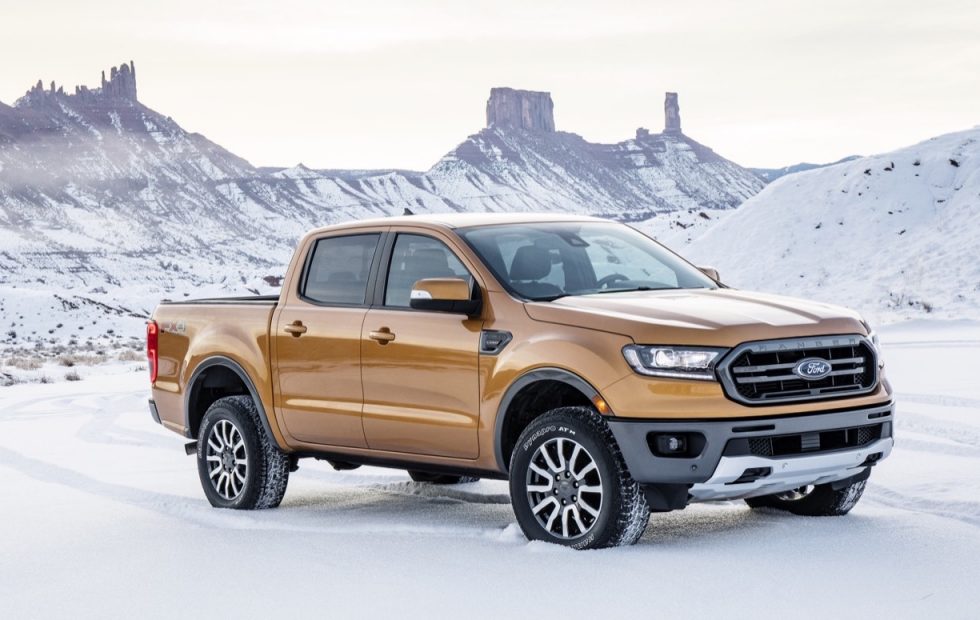 After last years list of most anticipated cars for 2018, it’s time to move on beyond that time frame. Listing the best cars 2019 has to offer will be a tad bit more complicated. The 2018 models are mostly already announced and confirmed, but the 2019 ones are still far down the line. This creates a considerable margin for error due to numerous factors. An automaker might decide to prolong its introduction or even scrap the project altogether, and these are only a couple of potential problems when predicting the future of the automotive industry. However, these few gems should be fine and ready to roll by the time 2019 comes knocking at the door. In no particular order, here are what we consider the most anticipated cars of 2019. You can now jump forward to view New Cars for 2020. 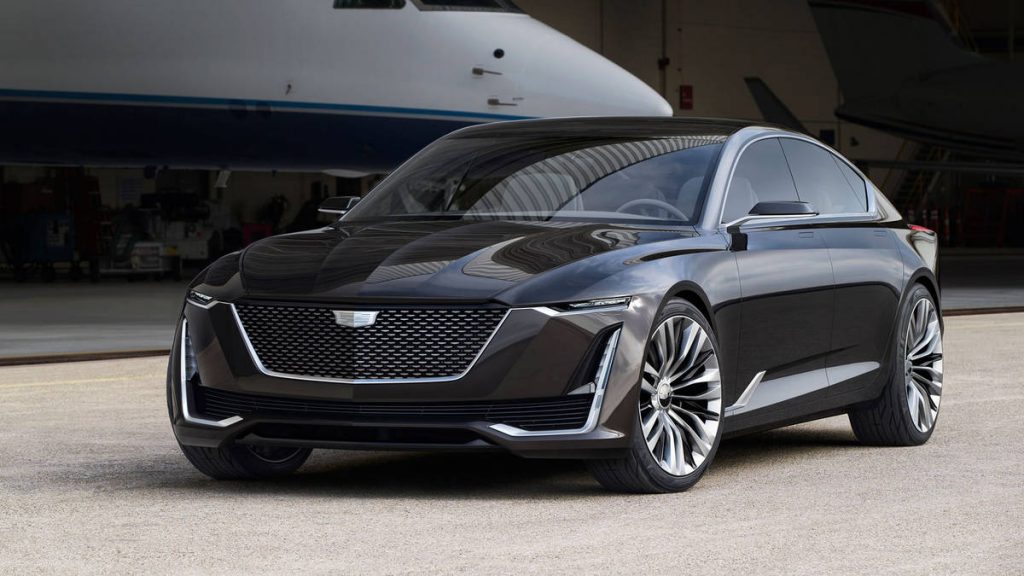 As you might have expected, the laziest design department in the automotive history has done it again. The next-gen Porsche 911 will look, well, like any other Porsche 911 ever has. But that hardly surprises us after more than 50 years of stubbornness on the German automaker’s part. The changes, as always, will be hidden by the 911’s timeless body. Biggest and most important difference is the new platform shared with the Audi R8 and Lamborghini Huracan. Although the 911 will remain rear-engined, new underpinnings should allow for more contemporary powertrain options to be used. Read plug-in hybrid powertrain. That one, however, certainly won’t arrive during the next-gen 911’s initial year. If it arrives at all.

Apart from the new platform, the next-gen 911 should receive the Panamera’s 8-speed PDK automatic gearbox. Whether the engine lineup will be revised, it’s hard to say this early. After all, the current 911’s 3.0L twin-turbo horizontally-opposed six-cylinder has only just debuted in 2017. Only thing that’s certain, is that it’ll receive a slight bump in the final output figures. That and the fact it’ll remain one of the best sports cars on the market. Period. 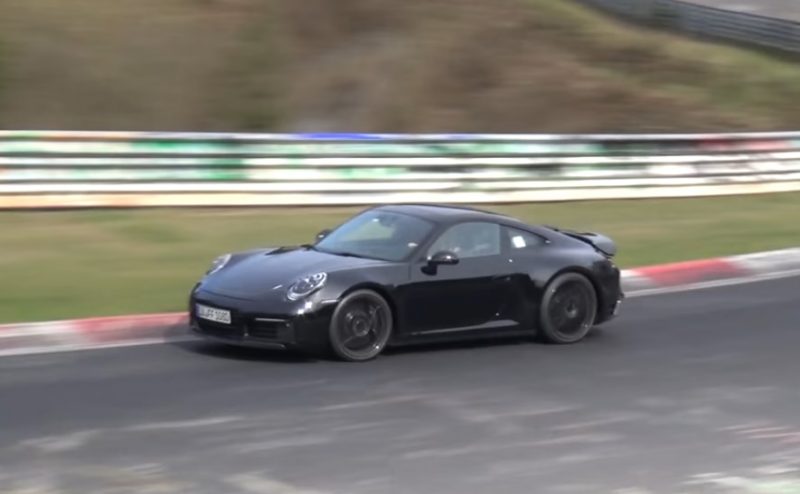 Although the original Land Rover Defender got axed after 2016 model year, the iconic nameplate is making an almost instant return. The boxy old school SUV should arrive sometime during MY 2019 with much more contemporary design than its predecessor. The Jaguar Land Rover brass are promising that the new mellow body won’t impact the new Defender’s off-road capability, however. In fact, they’re saying it’ll be better than ever when things become rough. Furthermore, the 2019 Land Rover Defender should lose plenty of weight. Aluminum body and chassis are something that’s slowly becoming a trend among workhorse and off-road utility vehicles, it would seem.

The JLR brass are still being rather secretive about the new Defender, but its mules, they say, are already out there. As it’s usually the case with the Landy’s, the new Defender will sport more than one model straight from the gates. Even the performance SVO (Special Vehicle Operations) models could be in the mix from the get-go. That should finally spawn a worthy competitor for the Mercedes-Benz G63 AMG. After all, the luxury off-road market practically only consists of AMG’s version of the G Wagen. 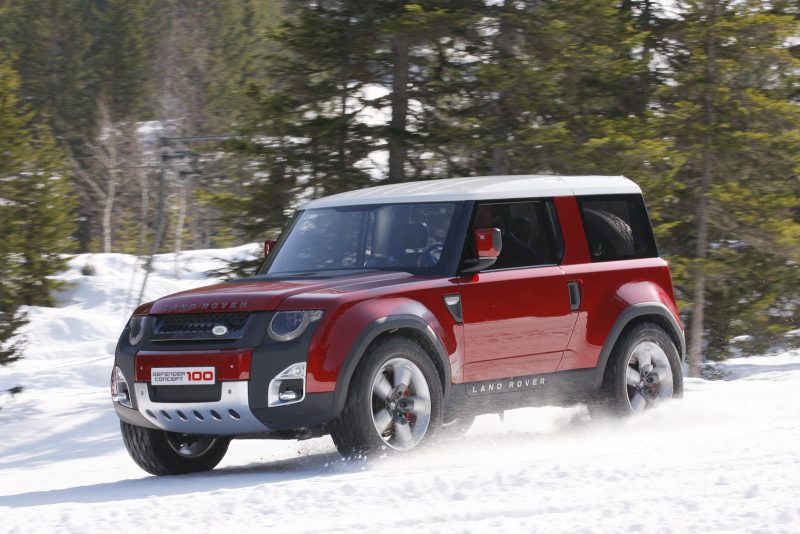 A few short years back, the Ford Ranger for the U.S. market was something that was hard to imagine. In fact, the Ranger was axed in 2012 due to mid-size pickup market’s sterility. But the ute continued being helpful to thousands of people across the seas. And, now, when the mid-size pickups are popular again, it’s finally making a victorious comeback to the U.S. shores. Widely anticipated as one of the best cars 2019 will bring, the new Ford Ranger will also be American-made.

Body-on-frame construction will be carried over from overseas models into the Michigan Assembly Plant. Unlike its overseas siblings though, the American Ranger will feature a host of new engines and a different front end fascia among other things. The EcoBoost engine(s) are perfect for it, but a diesel option doesn’t sound bad at all as well. The mid-sizer isn’t that small after all. The Crew Cab Ranger will actually be longer than the base F-150. By the time Ranger arrives, the mid-size pickup truck market will be one of the busiest American vehicle markets overall. How the things can change given a little bit of healthy competition. 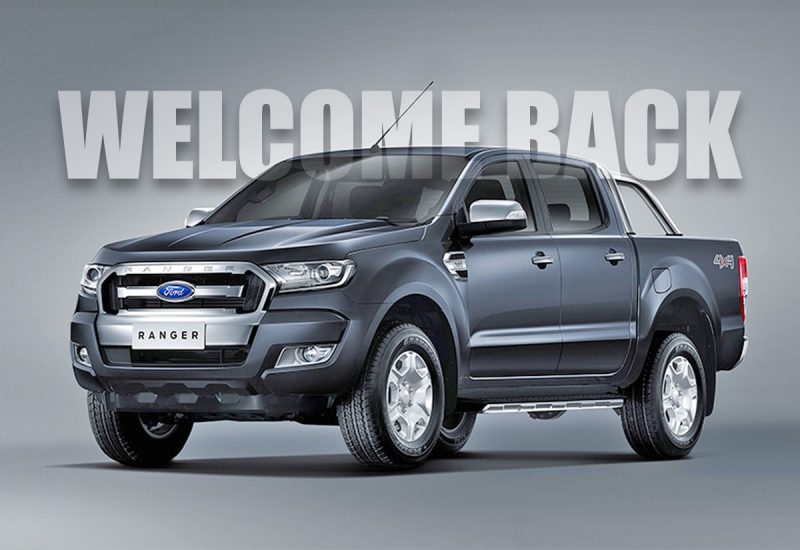 The Bentley Bentayga might have started the trend of highly unusual exotic SUV’s, but it’ll soon get company. Apart from the Lamborghini Urus which debuted in 2018, there’s a new Rolls Royce high-sided car coming for MY 2019. Unlike the Lamborghini who has already experimented with high riders (remember the LM002), this is the British luxury automaker’s first foray into the SUV market. Understandably, it’s very tough to assume what kind of ride and handling it’ll bring to the table because of that. The only thing that’s certain is that the Cullinan, whose name is derived from the largest diamond ever found, will be as luxurious as they come.

Moreover, it shouldn’t be as heavy as people first expected. The Rolls Royce is making the Cullinan out of aluminum and they don’t exactly have to worry about aluminum’s high cost. The Rolls Royce Cullinan will be exorbitantly expensive anyway, and it’ll likely be powered by the Rolls Royce’s twin-turbo V12 engine. 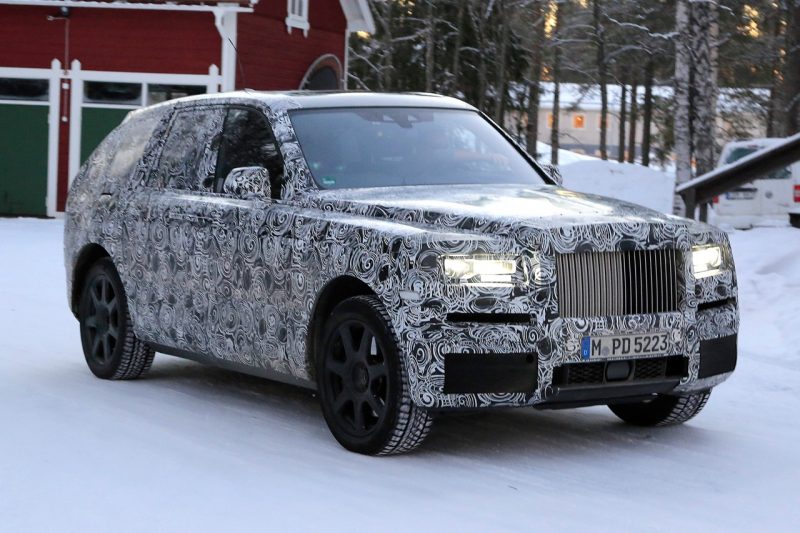 With all the “Ban the internal combustion engines” talk, it’s no surprise more and more automakers are developing their own electric car lineups. One of the latest such diesel and petrol engine ban gossips is coming from the U.K. Hence, it’s not surprising the Jaguar is marketing their very first all-electric vehicle for 2019 model year, and, as you may have imagined, it’s a crossover.

The Jaguar I-Pace won’t just be another electric car with contemporary design language out there. The Jag’s electric crossover is utilizing all the advantages the electric powertrain brings. In other words, it’s coming with unconventionally short nose. Why do electric vehicles need internal combustion car’s design language is beyond me? The I-Pace, however, isn’t at all short. All the savings up front have been transformed into more interior room. Concept came with a 90-kWh battery pack in the floor pane and the Brits are saying the production model will generate 395 horsepower and 516 lb-ft of instant torque. That’s good enough for 0 to 60 mph in 4 seconds. Moreover, the I-Pace should be able to cover north of 220 miles on a single charge. Expect it to start from just south of $100,000 before the tax rebates. 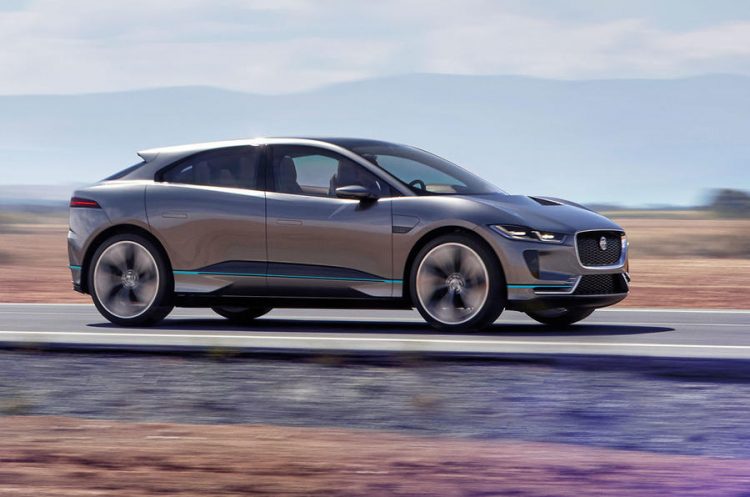 Long has the 918 been Porsche’s only supercar although everyone knows the Germans are more than capable of building ultimate performance machines. One of the best cars 2019 will bring us aims to change that. The mid-engined Porsche 960 should be slotted above the conventional lineup, yet below the still reigning king 918.

Little is known at this point, but Porsche’s tradition of using flat engines won’t be abandoned here. However, flat-six simply won’t cut it for a $200,000 plus supercar which means the Germans’ll use a flat-eight instead. Unusual as it is, a flat-eight engine will lower the Porsche 960’s center of gravity, allowing it to handle and perform in a way we’ve become accustomed to from the German auto giant. An all-new platform with the all-wheel drive layout only awaits the Porsche 960’s arrival. Things are definitely becoming more diverse and interesting in the auto world. 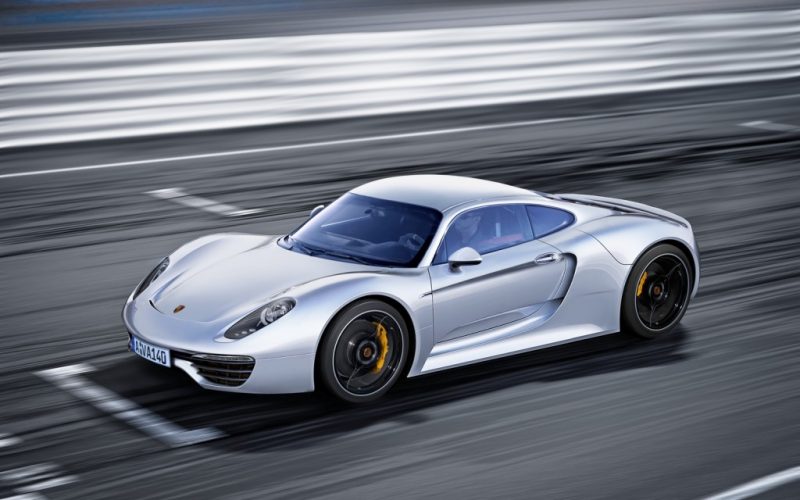 Although quite large and luxurious as it is, the Cadillac CT6 simply doesn’t adhere to the standards set by the brand decades ago. It’s just not large enough. And there’s only one way to fix that. By introducing an even larger, flagship sedan code named the CT8.

The CT8’s introduction should put the Cadillac at the top of the premium luxury food chain. Yes, the Germans will still be more luxurious and technologically advanced, but neither one of their models will be able to compete with the CT8’s spaciousness. Just like in the old days of personal luxury cars, the Cadillac CT8 will be coveted by many, yet owned by a handful. Hints of the CT8 have already been showcased in the Cadillac Escala concept car from 2016. The engine department will have to be sufficiently powerful in order to motivate such a car. Expect a twin-turbo V6 or V8 mills (likely both), with potential hybrid models arriving later on. Prices should start from $80,000 to $90,000, but a six digit mark for fully stacked models shouldn’t come as a surprise. 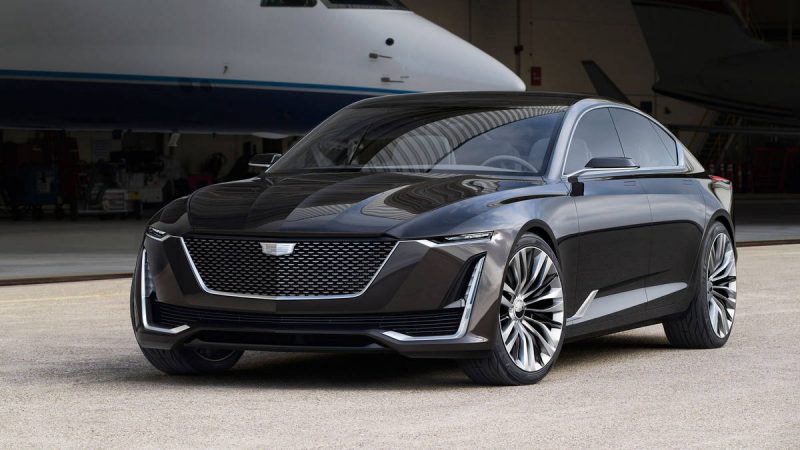 Deadline for 2018 year models has been broken which means we’ll have to wait a little bit more for this one. Then again, we’re in for a real treat. As recent leaks would suggest the most iconic Shelby Mustang badge, the GT500 is making a comeback. It was only a matter of time, really, but a severe lack of information in recent months didn’t suggest the meanest of Mustangs would make it anytime soon. Competition from the Chevrolet Camaro ZL1 and Dodge’s Challenger duo (Hellcat and Demon), is what’s probably pushed Ford into hyper mode. Maybe the Mustang Shelby GT500 is coming ahead of schedule, but that doesn’t mean it’ll be a disappointment. The Blue Oval simply can’t afford that at this moment.

Expect the GT500 to be worthy of its badge. As an apex of the Mustang lineup, it’ll beat the GT350’s 526 horsepower in a heartbeat. Since the former GT500 packed 662 hp, the next-gen GT500 will become the most powerful production Shelby Mustang ever. How does more than 700 horsepower sound as this is precisely what it’ll make? Only question that remains is: which powerplant will be chosen for this momentous occasion? Will that be a Voodoo V8 bolstered by a supercharger, or will Ford opt for a similar EcoBoost setup? What we do know, is that the 2018 Ford Mustang Shelby GT500 comes with an independent rear suspension. The first one in the GT500’s history. 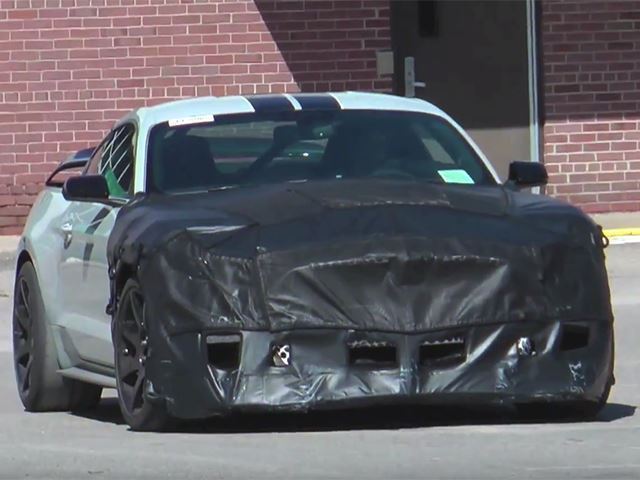 It’s been a while, but the FCA finally decided to listen to their customer base for once. What came out from such a turn of events, is the long-awaited Jeep Wrangler-based pickup truck. Jeep hasn’t had a pickup in their lineup since the Comanche was axed quarter of a century ago. As of 2019, however, that won’t be the case anymore.

Actually, the Jeep is updating the complete Wrangler lineup, and the JL-generation SUVs are already available alongside their JK predecessors. The new, aluminum structure should help with weight savings, and ultimately increasing the fuel mileage. The powertrain lineup should consist of a 4-cylinder and V6 engines with possible diesel option as well. A steel frame will remain, and so will body-on-frame architecture. Although changes are numerous, the end product shouldn’t visually differ too much from the current models. The pickup, of course, won’t have any real competition, being the only such visually rugged unit in the market. However, it’ll still compete with other mid-size options currently available, and their numbers are slowly but steadily growing. 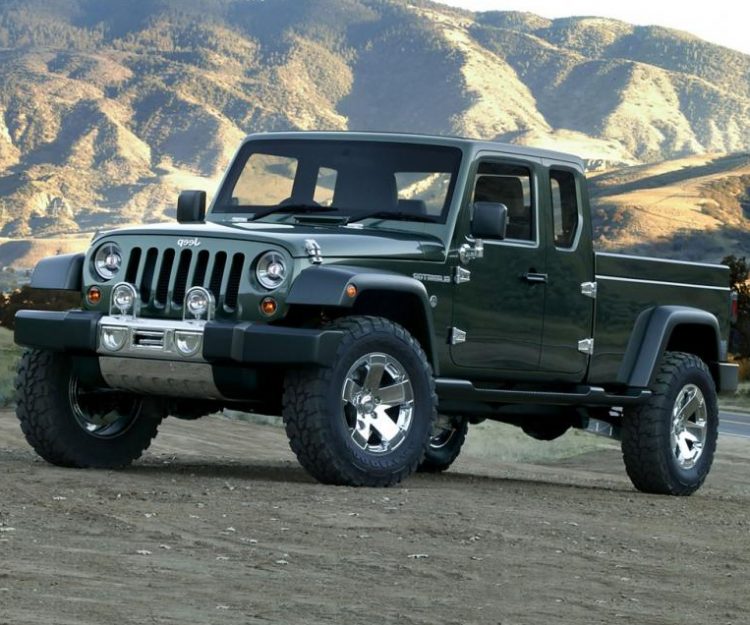 
The Top 10 Motorcycle Chain Lube Products!
The Top 6 Biggest Cars in the World
The Fastest, Heaviest, Longest, Slowest, Tallest, Lightest 2...
15 Of the Best Looking Digital Gauges Ever Offered in a Car ...
SV Bespoke Brings Us The Limited Edition 2021 Jaguar F-Type ...
6 of the Best 2020 Muscle Cars