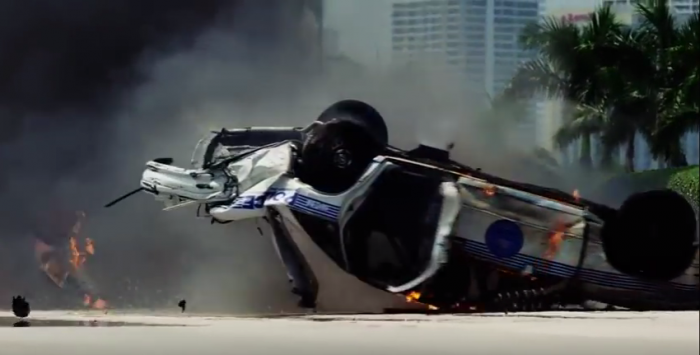 Unforgettable car movies are made of scenes featuring cars doing things you’d least expect them to do in real life. Stunts are the lifeblood of car movies. They serve to actively engage the viewer with the high adrenaline action in scenes featuring spinning rims, grinding gears, screeching brakes and the life-threatening jump just to mention a few. Stunts are not just about car jumps and daredevil maneuvers, but about car chases too. 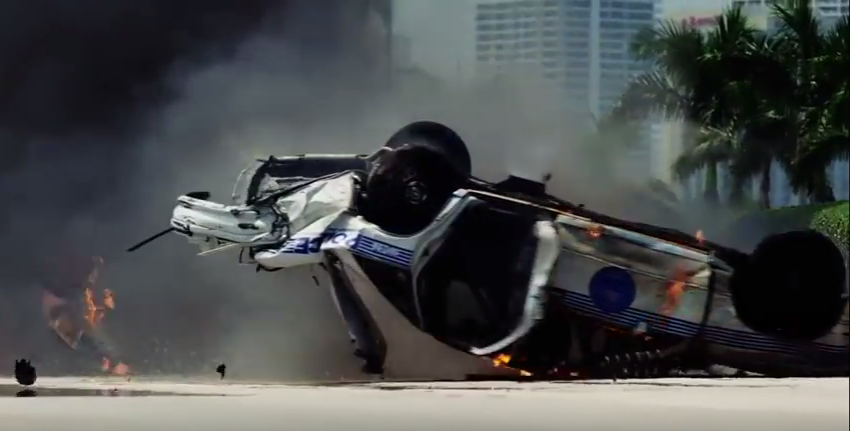 A semi-truck is always a spectacular addition to any movie action. This one went a notch higher by actually driving off a bridge. Word has it that the semi featured in the Terminator 2 stunt was destroyed beyond repair, but all in all, it gave us one awesome edge-of-the-seat show.

The movie Bullitt probably gave us the most renowned driving scenes on screen but Ronin too comes quite close. One thing that can be said of Ronin is exceptional driving skills.

8. The Man with the Golden Gun

Car jump scenes are quite common in action movies, but if there is one movie that took an auto jump several steps further, it is definitely The Man with the Golden Gun. The movie featured a scene where Roger Moore gives his car a 360 degree spin airborne, complete with slide whistles for additional effect. That was awesome.

Gone in 60 Seconds can as well be considered as one seemingly endless car stunt. There are plenty of car stunts in the movie to keep you on edge, but the most spectacular scene is where they make one car act as a rump so they can jump over another car. Super-awesome cool unless you take a moment to think about the poor Ford Mustang.

Stopping a guy who has stolen an entire train is not your everyday job. Just like Bullitt, this movie features awesome car chases like the scene here which was actually shot without the benefits of CGI or, as they said, without permits, much less closing off the streets.

Dom and his crew have definitely used some CGI in this scene but nevertheless you just have to give the Fast 5 respect for the insanity of towing containers with a pair of Dodge Chargers across the city. Come to think about it, who else but the Fast and Furious franchise can come up with such an insane but spectacular idea?

The only way to describe Bullitt is as a classic show of actors, drivers, cars, and action. The driving in this movie was simply epic, especially when you consider that they actually put together the classic car stunts without using CGI. I bet that wouldn’t be possible in this day and age.

The scene featuring a classic Mini going down the stairs is not a car chase but it is pretty cool, which makes it a memorable stunt in its own way.

You may ask, why Blues Brothers? Well, the movie stunts are simply absurd if not hilarious which is why we just love them. Honestly, who hasn’t ever dreamed of driving into a mall and wrecking everything on your way?

It may not be an award-winning movie but the ridiculous freeway scene in Bad Boys 2 actually won the Best Work for Vehicles in the 2004 World Stunt Awards.