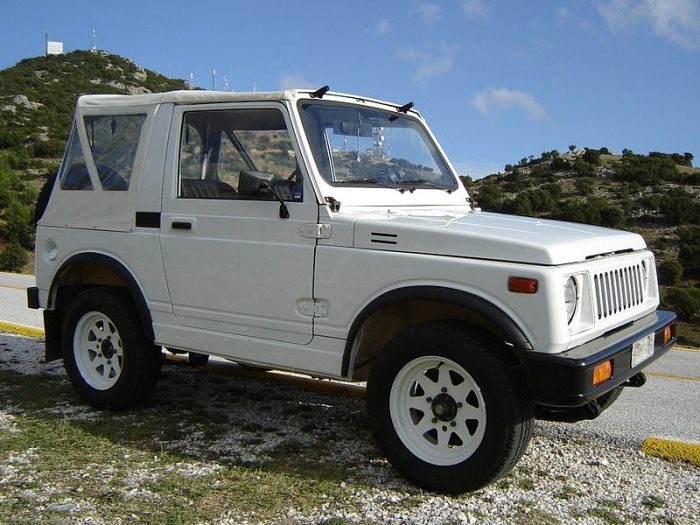 For generations, people have thought the only options available for offroad vehicles in dense forests were side by side ATV’s or quads. Awesome SUV’s and trucks like the Toyota 4Runners, Ford Broncos, Chevy K5 Blazers and Hummers were great in rough terrain, they weren’t exactly “happy meal” size. So, people became inventive.

What followed was beyond anyone’s imagination. 2 door four by four’s became the norm and builders started modifying them to their liking. For some, tearing off the doors was enough. But others started welding push bars, skid plates and so on.

So, where does one start off his dream of building a dream buggy? Well, unless you’re really good at welding (like seriously good) then you’re gonna need to pick out a chassis. Here are your options. 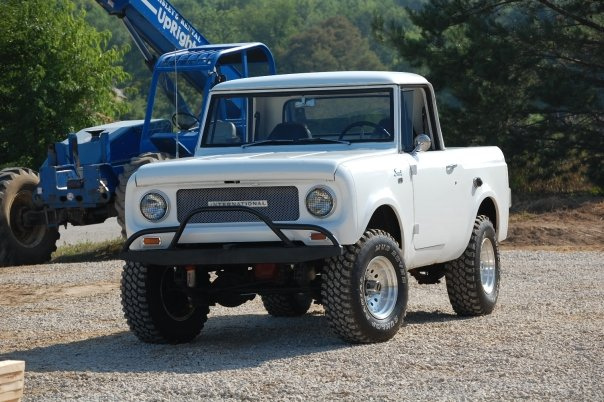 Coming from a company that started off making farm equipment and tractors, you would hope that this little truck could handle some light offroading. Surprisingly enough, it does. Certain models even have a pretty decent sized bed which can carry and haul around pretty much anything you can fit in it. With engines varying from a small 2.5 litre inline 4 to a behemoth 4.4 litre V8, the options were varied. But, this truck is from the 60’s, so peak performance numbers are blurred and most likely not all there after such a long period of time. None the less, still a solid base for anybody who’s looking for a small truck with turning a radius that’s the width of a coin. 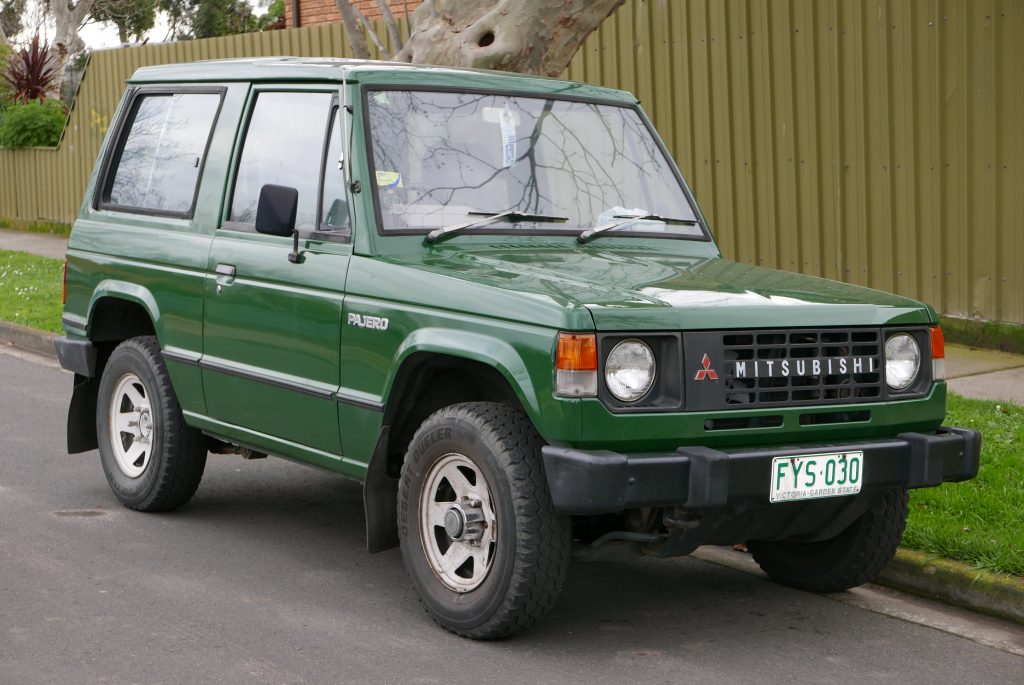 The Mitsubishi Pajero started off as an idea for a small SUV that could handle off road abuse. It did just that and more. Released in 1982, it started winning the Dakar rallies back in 1985 and has the most wins for a vehicle of it’s class (15 wins out of 32 total races). It’s compact size, four by four system, suspension seats, power steering and range of engine options (2 litre gas to 2.5 litre turbo-diese) make it a natural go-to when it comes to building a bush beater. I said bush beater. hehehe. Anyhow, it’s awesome. 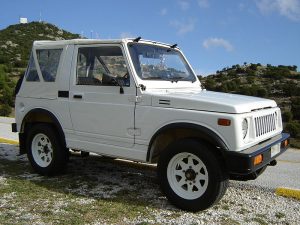 Don’t even act surprised. We all knew it was coming. The Suzuki Samurai is pretty much one of those black sheeps that no one believes in. Then, outta nowhere, it just shocks you. Everything on this damn thing can be modified, swapped, changed or redone. It’s a lego on wheels. Under the hood, it’s a different story. The stock engines aren’t as powerful as the other trucks on the list, the most powerful ones never going over 80 horses. However, this is the smallest truck on the list and is easily the most affordable and best handling vehicle on here. 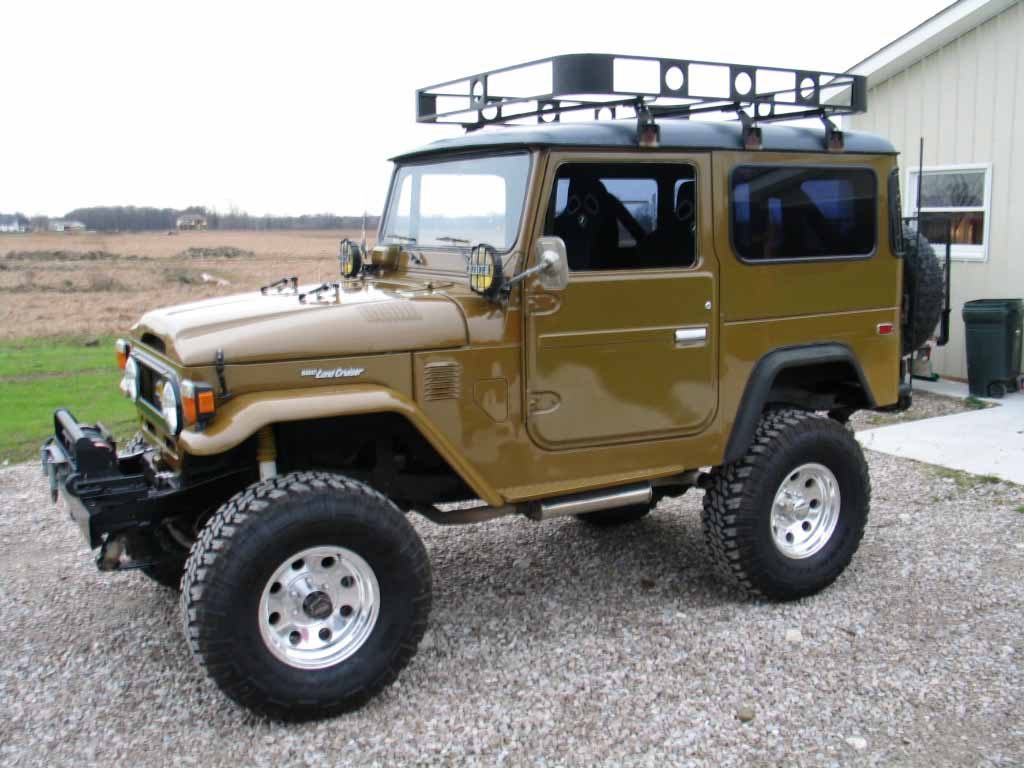 One of the most tried and tested vehicles on the list. The short-wheelbase Landcruisers are some of the best, if not the top, of the off road food chain. With so many different engine options and the most reliable internals you can get, grabbing an old Landcruiser is anyone’s best bet at a solid mud buggy. You can mod them easily and the frames are solid enough to chop off certain panels and do any rewelding to achieve your dream setup. Also, the fact that it has some of the best cabin space on the list makes it a go-to if you’re looking to drive off for a few hours or even a few days and need the space. 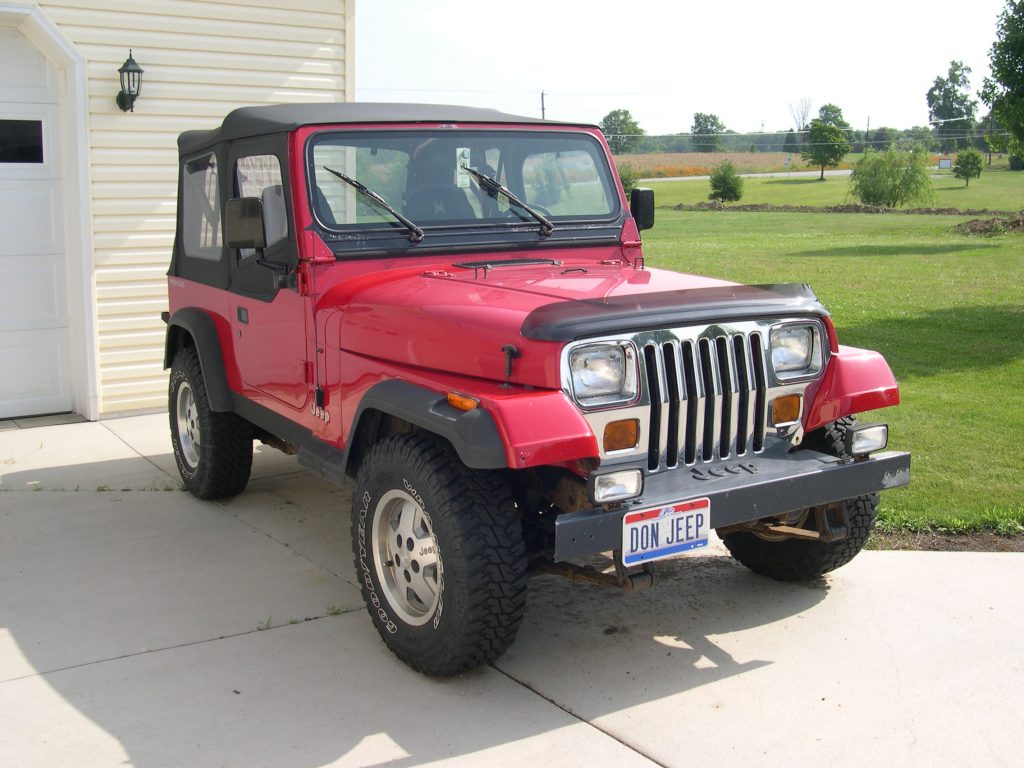 The only offroader to edge a Landcruiser on this list would be the Jeep Wrangler, specifically the TJ/YJ series. No other four by four has been modified, cut apart, rewelded, remanufactured, built, changed or redone as much as this truck. With so many options from 2 door soft top models to 4 door hardtop models, easily removable seats, roll bars, never ending tire and suspension options and a solid drivetrain, this is one truck that you can count on. Prices are cheap here (in Canada) and you can get a solid base for as low as 800$. Optional four by four options and an array of different models and engine options make it the best all around affordable truck. Being that it’s a cheap Jeep, parts are very readily available at literally any scrap yard or parts store and some are interchangeable in between generations.

So if you’re looking for a good base to build a nice mud buggy or even a weekend hunting four by four, these trucks are all up to the task of handling dense forests but, as with any vehicle, preventative mods are best to avoid any failures and minimum maintenance is key if you don’t want to get stuck out there. Have a fun trip and keep mudding!