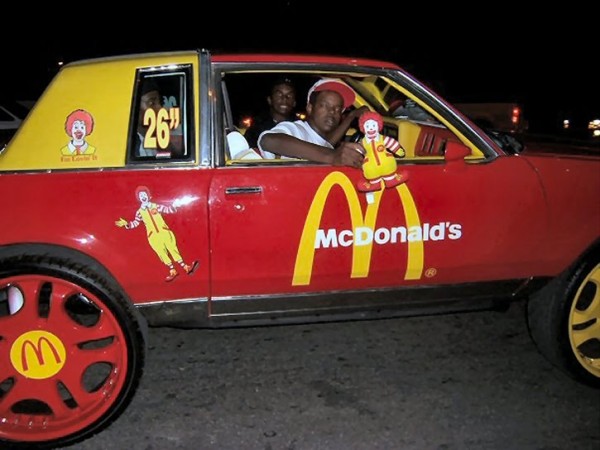 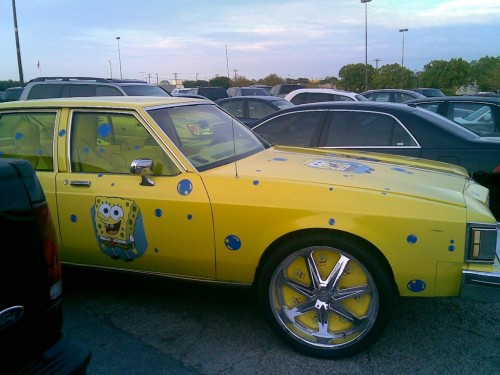 What vehicle needs to live under the sea

Any POS late 80’s or early 90’s American heap (preferably an Impala) that has large enough wheels installed until it resembles (and rides and handles like) a Conestoga wagon. This is done so it sits up high enough so as to be at the same eye level as the Playas with real juice ridin in their Escalades. Adding in a bad candy paint job and Wal-Mart sub box completes the transformation.

With no money left over for necessary suspension and brake upgrades, the lifespan is limited to a few drug runs or the first Police chase, whichever occurs first.

I’m not loving it

That donk is fly and ridin high and is probable cause

My god man what have you done. It seems that the horrible cars of the 80’s and 90’s malaise era have become the grotesque work of mentally insane people. It seems as though car owners are advertising things with the vehicles and delivering a free mobile POS billboard as well as one hell of a copyright infringement. The vehicle starts off the process by molesting the vehicle suspension and raising the vehicle high enough in order to slap some insanely awful wheels on the vehicle. Now with much more spinning inertia as well as the vehicle that is setting up to a roll over friendly height we see that many of these vehicle owners are not doing anything to improve their brakes therefore successfully building themselves a deathtrap. 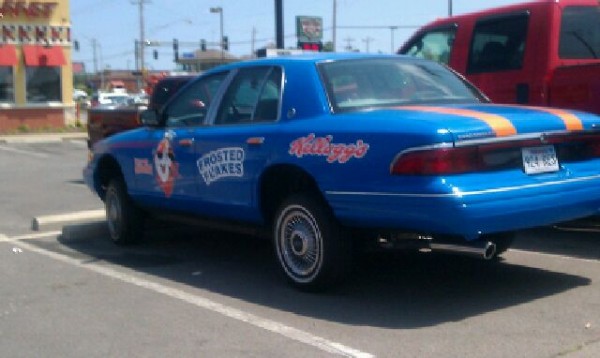 Tony the Tiger – Their Ghetto!

The reoccurring nightmare that I have

These vehicles seriously make me laugh so damn hard every time I see one. But with laughter also comes a sense of fear as I’m sure that zit-faced white kids that want to be future inmates will be impressionable and start chopping up their vehicles. The problem is that the white kids won’t do it right and will have sponsors such as Tampax, Depends, and Monistat 7. These vehicles are certainly easy targets for police officers to know that the driver is completely stupid and has either drug paraphernalia or warrants out, but mostly both. I have a dream that one day a Donk gang and Ricer gang will face-off in a bloodbath of shitty cars and guns and will result in the destruction of many of these asinine vehicles. It would also make the greatest YouTube video of all time as unpainted fiberglass and big wheels would be exploding all over the place. And on that note I just started the script for the next Fast and Furious movie. Donk you very much. 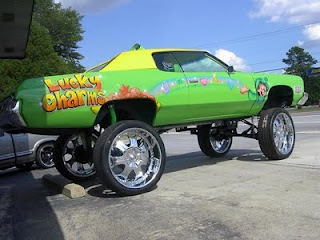 
10 of the Fastest and Most Powerful Mopar Cars of Their Time
The Bigger and Faster 2021 BMW M440i xDrive Coupe
10 Best Cheap Used Sports Cars And 8 To Avoid!
Van Life: Evolution Of The Mercedes Van Cockpit
Virtual Car Museums Offer Online Adventures for Automotive E...
The 2022 Nike One. Fiction to Fruition?