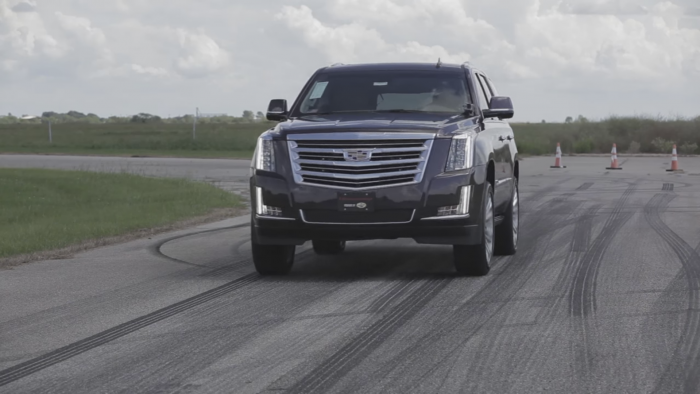 We’ve already been surprised by Hennessey Performance multiple times. In fact, we’ve been surprised so many times that nothing actually surprises us anymore. They’ve been known for beefing up muscle cars like this HPE800 Ford Mustang or even full-size SUVs like this HPE650 GMC Yukon Denali. This time they’ve gone even further by tuning and pimping up a Cadillac Escalade. Step into the world where 842-horsepower propels more than 200 inches and almost 7,000 pounds of steel from 0 to 60 in just 3.9 seconds. Yes, you’ve read it right. The Hennessey HPE800 Cadillac Escalade is effectively faster than numerous cars that are five times lighter than the SUV itself. 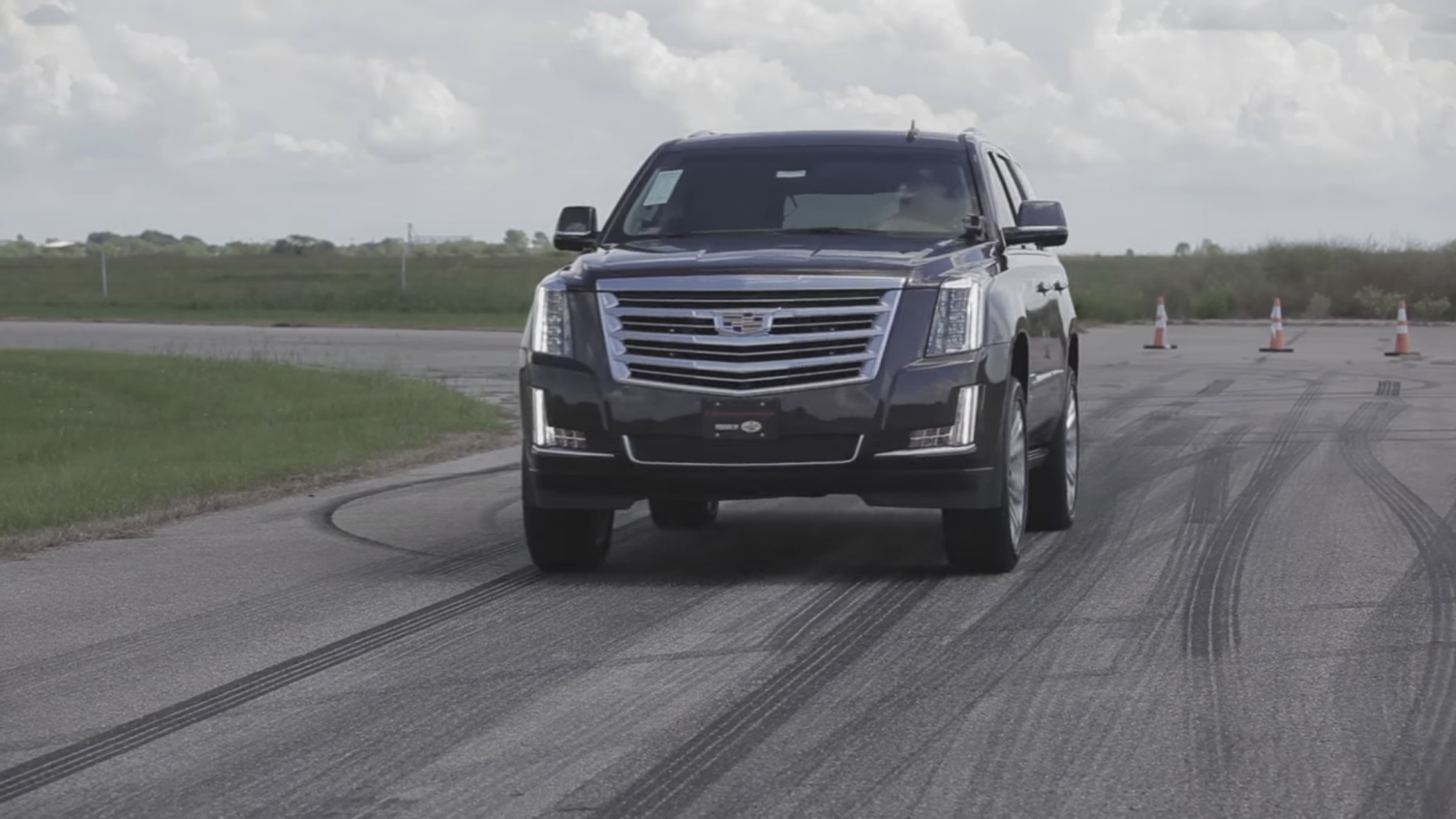 As if the Escalade wasn’t cumbersome enough already, People down at Hennessey Performance have decided to give it a few more pounds via all of the included performance upgrades. For starters, there’s the heavy supercharger, and then there are wheels, brakes and tire upgrades. Latter trio of corner upgrades can be left out which could save you no less than $25,000. However, even without special wheels, tires and brakes, HPE800 upgrade alone costs at least $55,000. That’s without the donor car of course. If you don’t already possess the latest generation Escalade, the whole package should cost you at least $128,000 or thereabouts. The price includes already mentioned base HPE800 package for $55,000 and entry-level Cadillac Escalade which starts from $72,970. 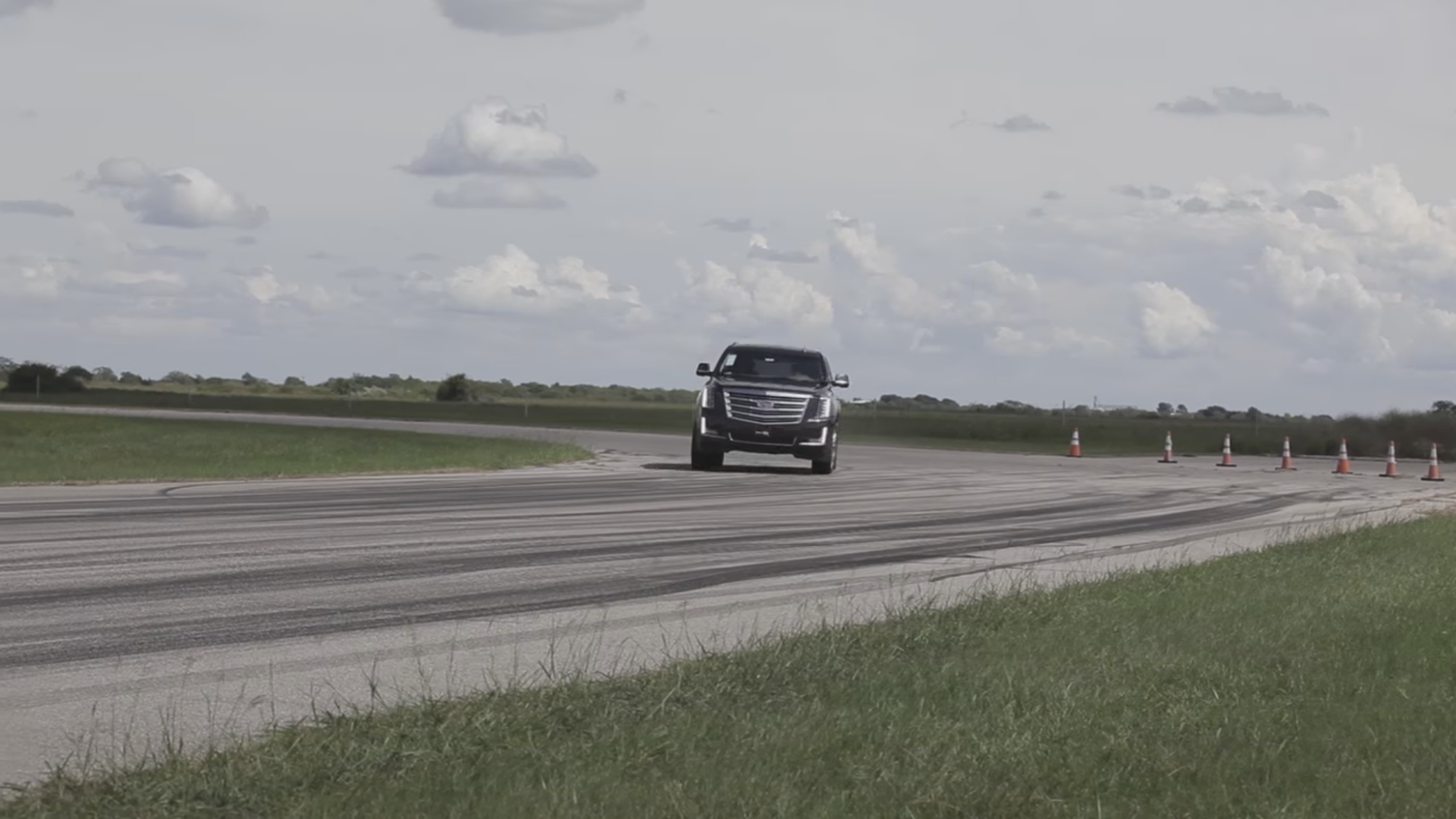 All things considered, Hennessey’s Escalade is something you’ll be hard-pressed to find anywhere else. After all, how many full-size flagship SUVs you know are capable of hitting 60 mph from standstill in 3.9 seconds and posting quarter mile time of 12.3 seconds? 842 horsepower and 855 feet-pound of torque are supposed to cost more than a 100 grand anyway. In addition, the video below proves HPE800 isn’t only a sight for sore eyes, but quite a screamer as well.


Arizona Auction Week 2021: Big Changes At Iconic Auto Event
BMW i8 Protonic Red Edition Is A Whole Lot More Expensive Fo...
10 Best Italian Cars (And 10 Actually Powered by American V8...
RECALL: 1,478,000 Harbor Freight Jack Stands Could Be Deadly
The Jeep Grand Wagoneer is Back!
10 of the Most Powerful American Cars Ever Made