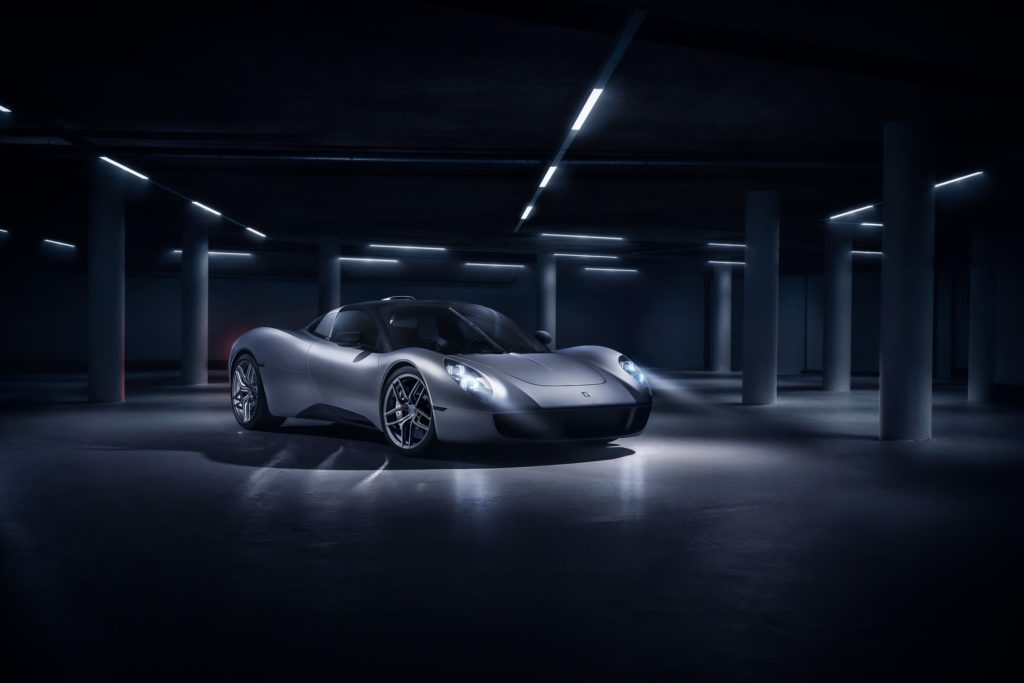 It’s not even the end of January, but this is the leading candidate for the most amazing supercar reveal of all of 2022. Called the GMA T.33, it has a V12 that can spin to 11,100 rpm, wears carbon-ceramic brakes, and doesn’t need more wings than a Boeing plant to keep it tethered to the pavement. Plus it comes from the designer of the legendary McLaren F1.

The GMA T.33 is the second vehicle from Gordon Murray Automotive, following the even more hardcore T.50. It’s meant to be less extreme than the GMA T.50, so has a slightly milder V12 and doesn’t have that car’s rear fan, which literally sucks it to the ground.

Still heavy on driver focus, Murray says that “this is a car where comfort, effortless performance and day to day usability are even more front and center in its character.” 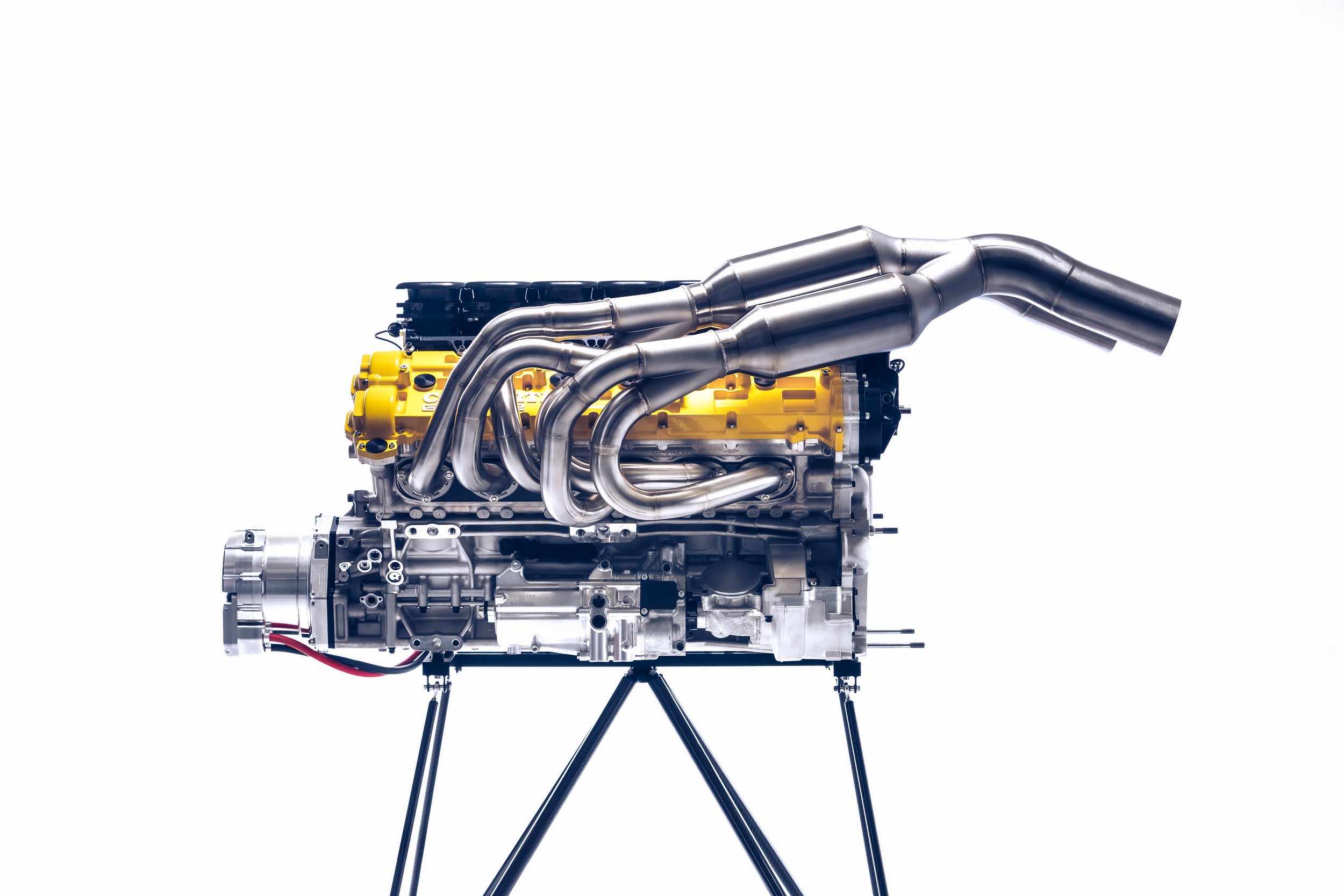 Start with the engine, a 3.9L V12 that’s like the T.50’s engine but significantly revised. The specs are astounding, with the gear-driven camshafts helping it spin to 11,100 rpm.

GMA says the engine isn’t as high-strung as it sounds, delivering 75 percent of its torque from just 2,500 rpm and making at least 90 percent of its max torque from 4,500 all the way to 10,500. GMA says that means improved low-speed drivability. The extra-light V12 tips the scales at just 392 lbs. 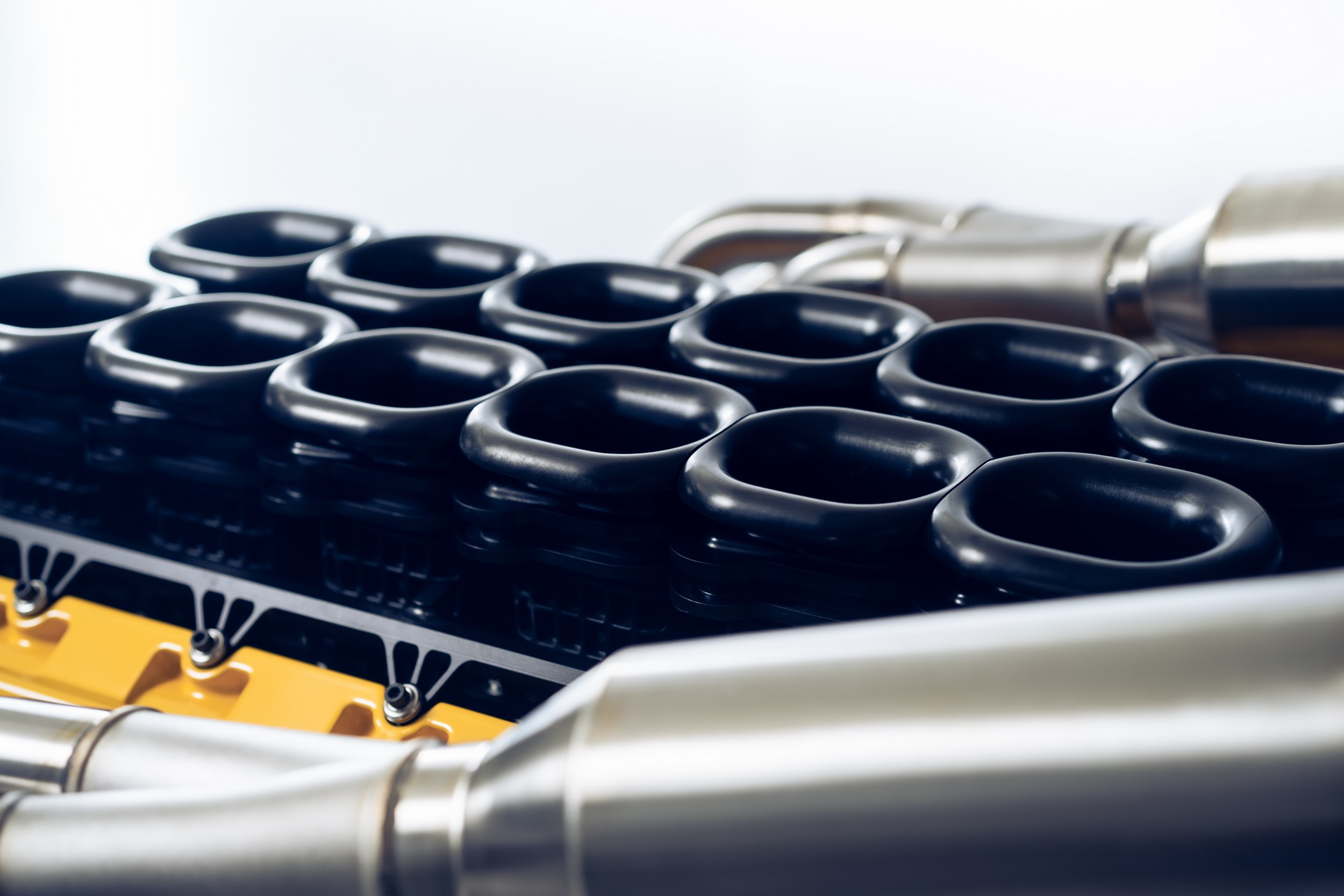 Two gearboxes are offered, both from British transmission experts Xtrac and both are the lightest available (of their type) for a supercar. The six-speed stick is the default pick, but a version of the company’s Instantaneous Gearchange System paddle-shift automatic can be fitted. Both are semi-structural, meaning they handle all traction, braking, and cornering forces from the rear suspension like they would in an F1 car. 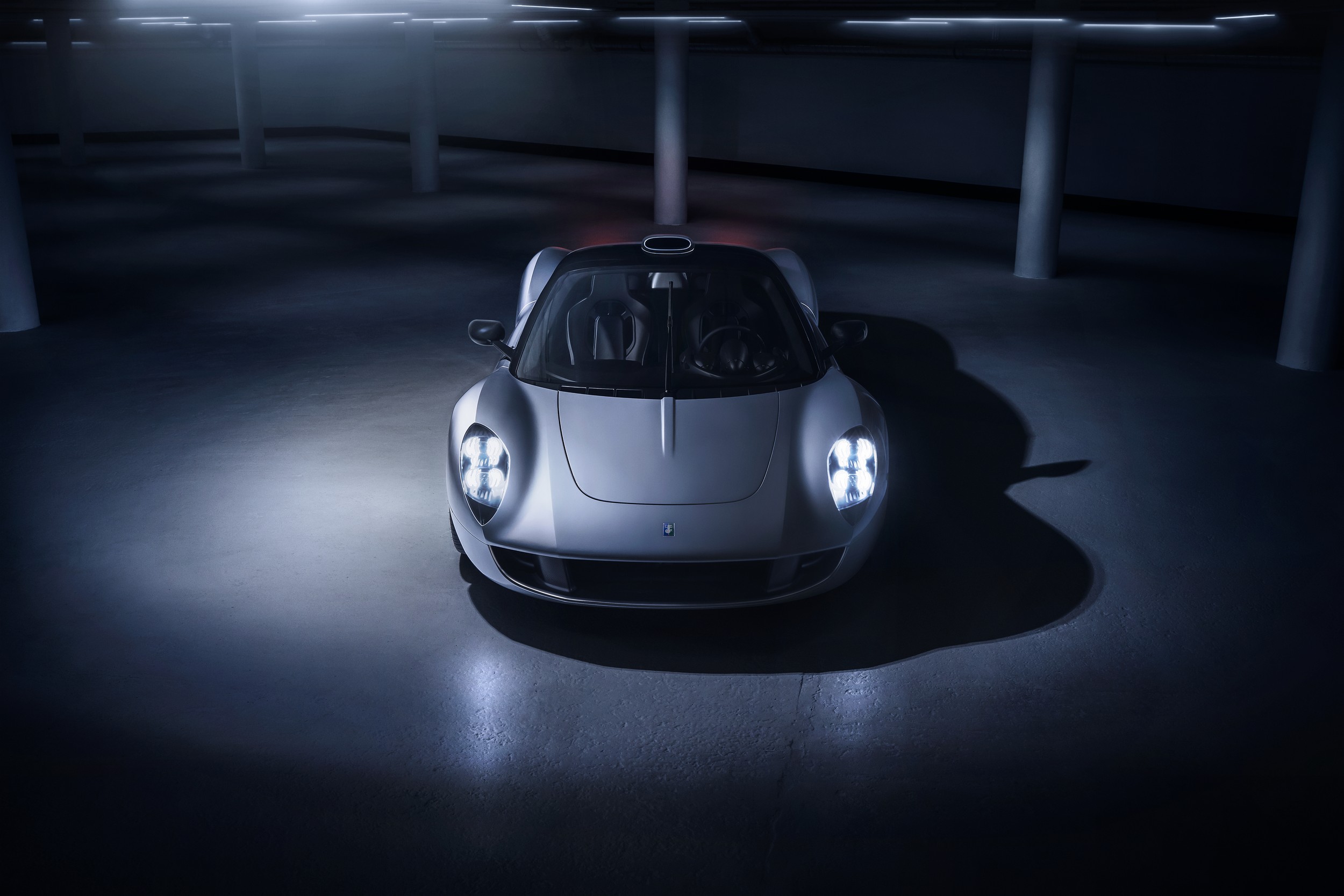 The tub is a carbon fiber monocoque design with the company’s trademarked iFrame and cored carbon panels. Extremely light – 600 lbs lighter than the average supercar says GMA – it’s also strong. Beyond improving dynamics and adding weight savings, GMA says the design is quite safe, with a safety cage inspired by a Formula One car.

Gordon Murray knows his way around an F1 car. The engineer’s name is on more than 20 F1 cars including the Brabham fan car of 1986 and his designs for McLaren won four consecutive constructors’ and drivers titles from 1988 through 1991. He then put that knowledge to use designing the McLaren F1 like we already mentioned, but also the Mercedes-Benz SLR McLaren. 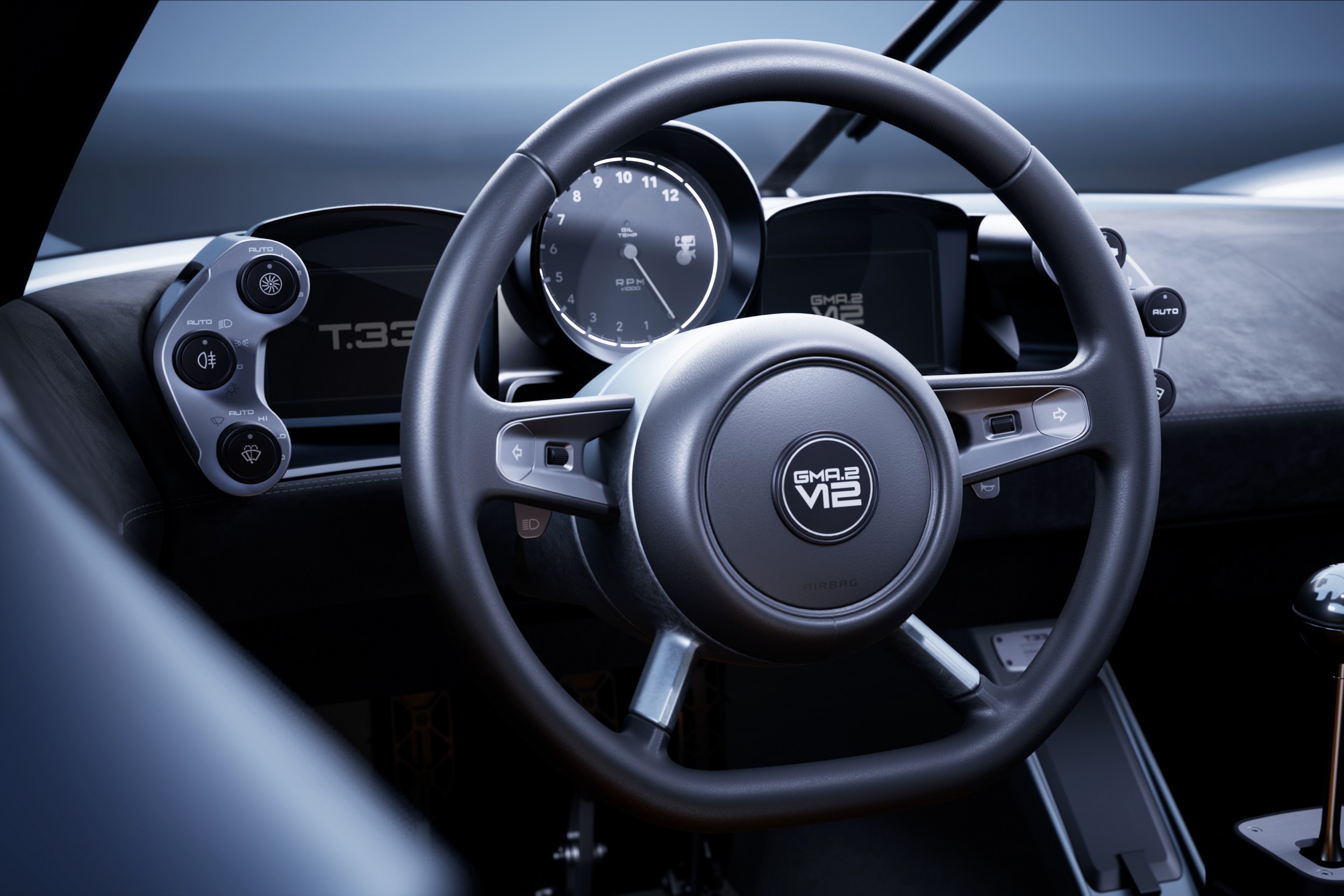 The suspension design of the GMA T.33 is unusual for a supercar, using standard dampers instead of adaptive units. Even more unusual, the car doesn’t get a rear anti-roll bar. Instead, it has double wishbones in the front and suspension direct to transmission mounting in the rear called Inclined Axis Shear Mounting.

Brembo carbon-ceramic brakes handle the stopping. 370 mm front rotors get six-piston calipers while the 330 mm have four-pot units. Michelin Pilot Sport 4 S tires, 235/32R19 in the front and 295/30R20 in the rear give the car its mechanical grip. The rubber is small by supercar standards, a run-on benefit of the GMA T.33’s light weight. 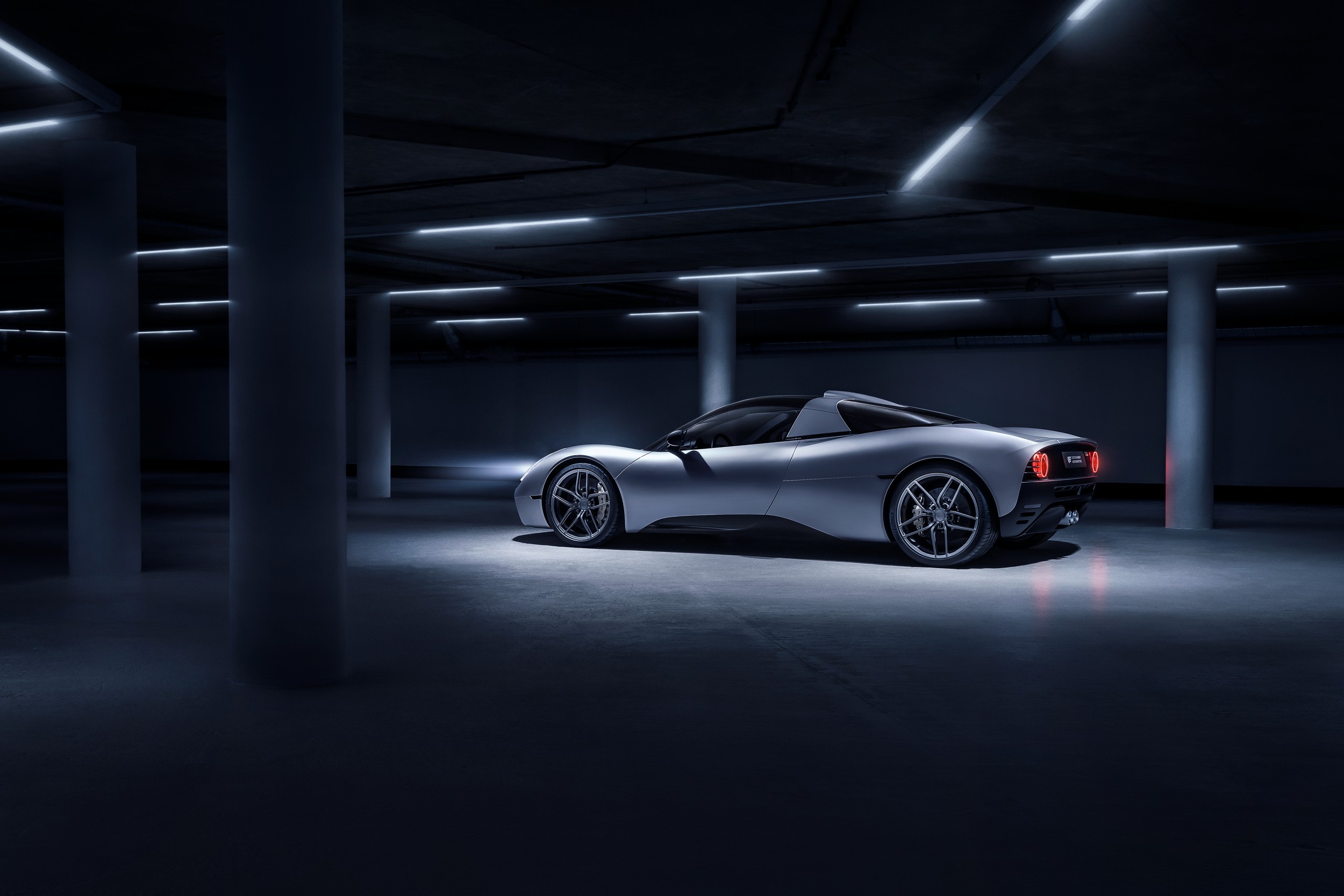 “Like its T.50 and T.50s predecessors,” said Murray, “the T.33 is all about the driving experience. We have engineered the T.33 to provide exceptional levels of highly tactile and deeply immersive involvement to elevate the driver to a higher plane behind the wheel. Of course, safety is equally paramount, as is everyday usability in all weather conditions. Our judiciously calibrated, non-invasive traction and stability systems are designed not to detract from the driving experience but are there to provide an additional level of confidence when called upon.”

Though it doesn’t have the T.50’s fan, the GMA T.33 uses many of its predecessor’s same aero techniques. A ground effect inlet channels air under the floor to pull the car to the road. At the back, a diffuser is activated by the suction behind the car, adding 30 percent more aero efficiency than conventional supercars, says GMA. That aero work means no wings, skirts, or vents, with only an active rear spoiler marring the shape, and only at speed. 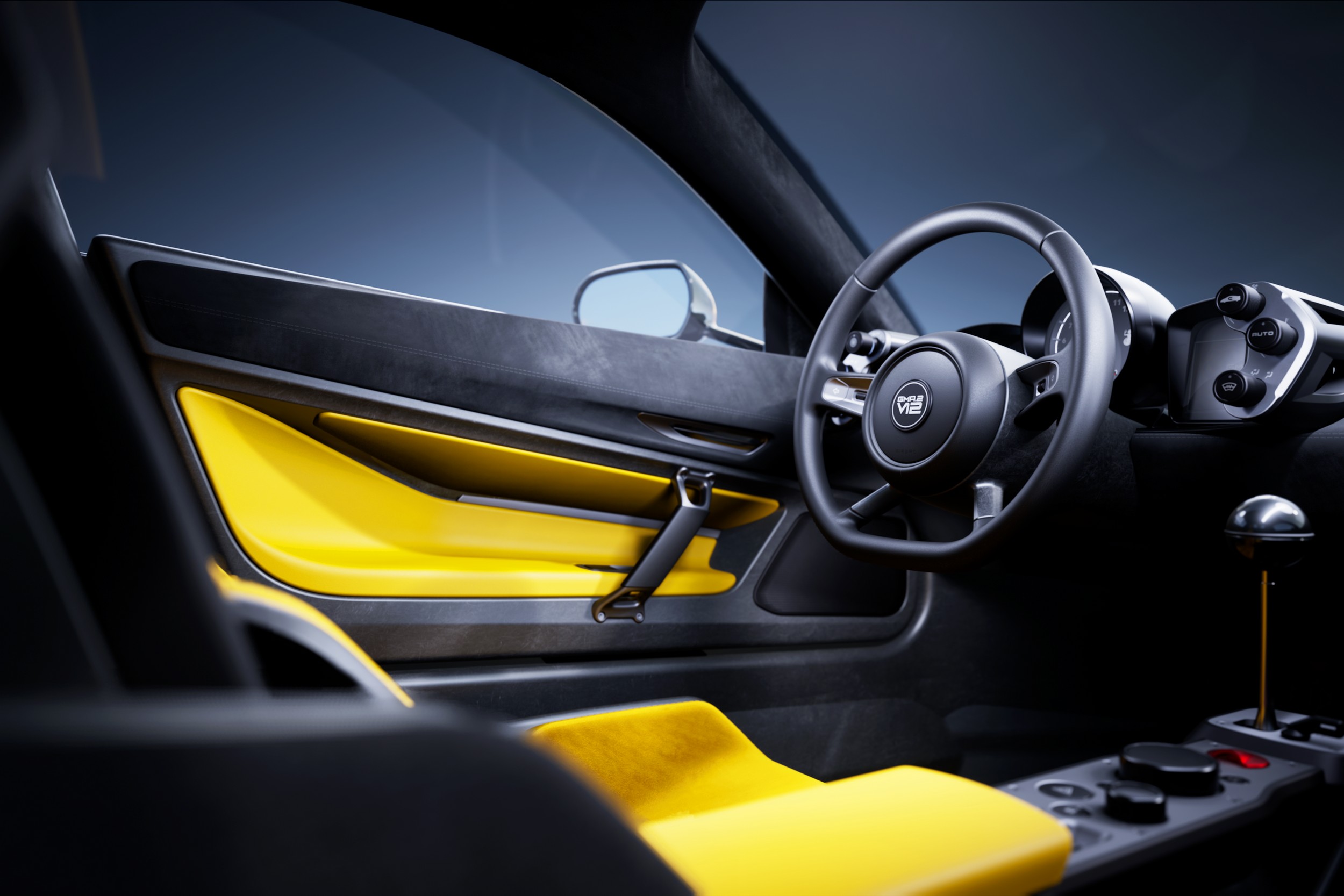 The cabin is touchscreen-free, with the company saying “nothing is included unless it serves a purpose.” There is still a screen, with a modern system running Android Auto and Apple CarPlay, but control happens through a rotary dial on the center console. Adding long-trip practicality, the GMA T.33 has a combined 10 cubic feet of cargo space. The front compartment and two side lockers are meant to give it better continent-crossing ability and can hold up to six suitcases. 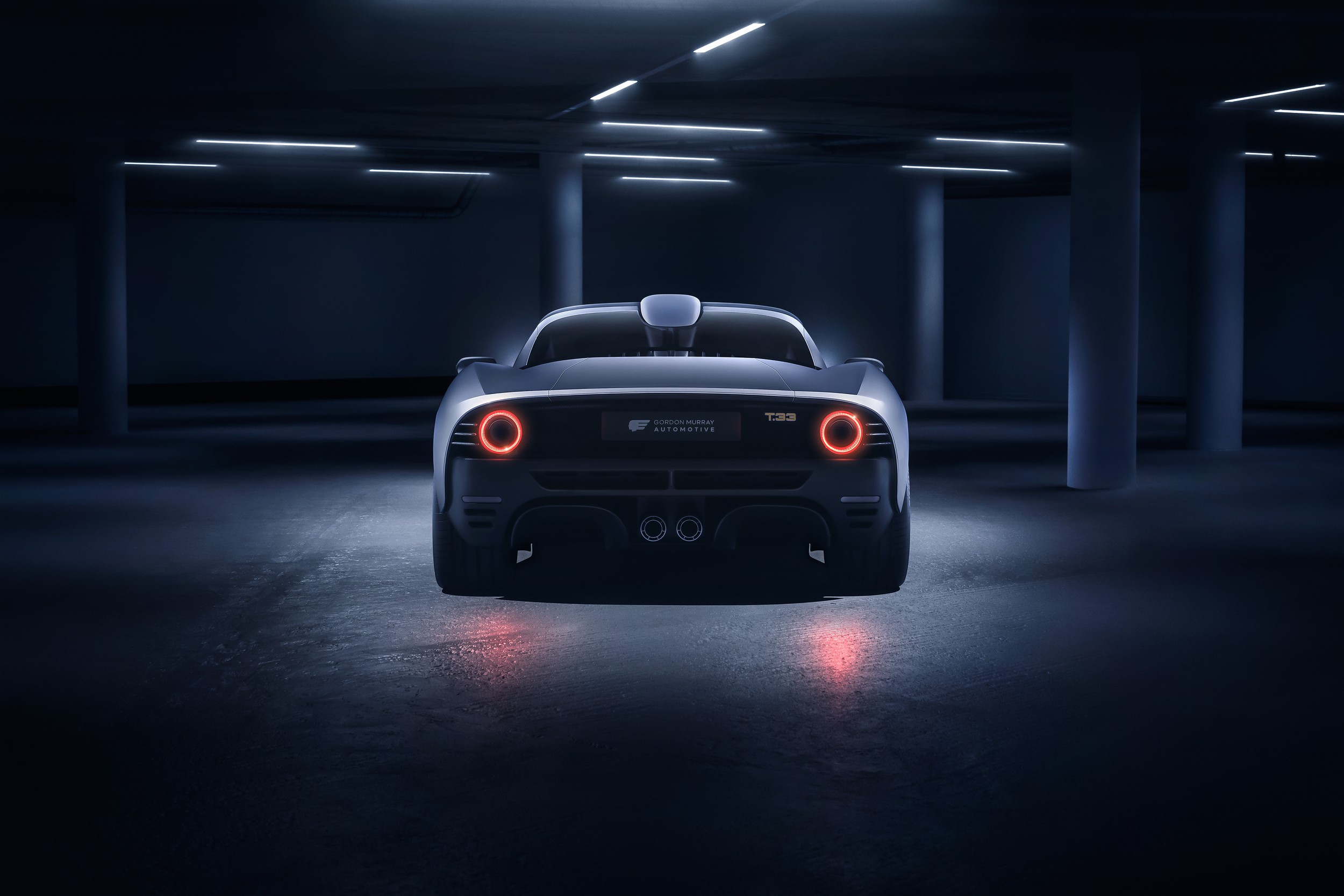 Pricing starts from £1.37m before taxes, or about $1.8m at current exchange rates.