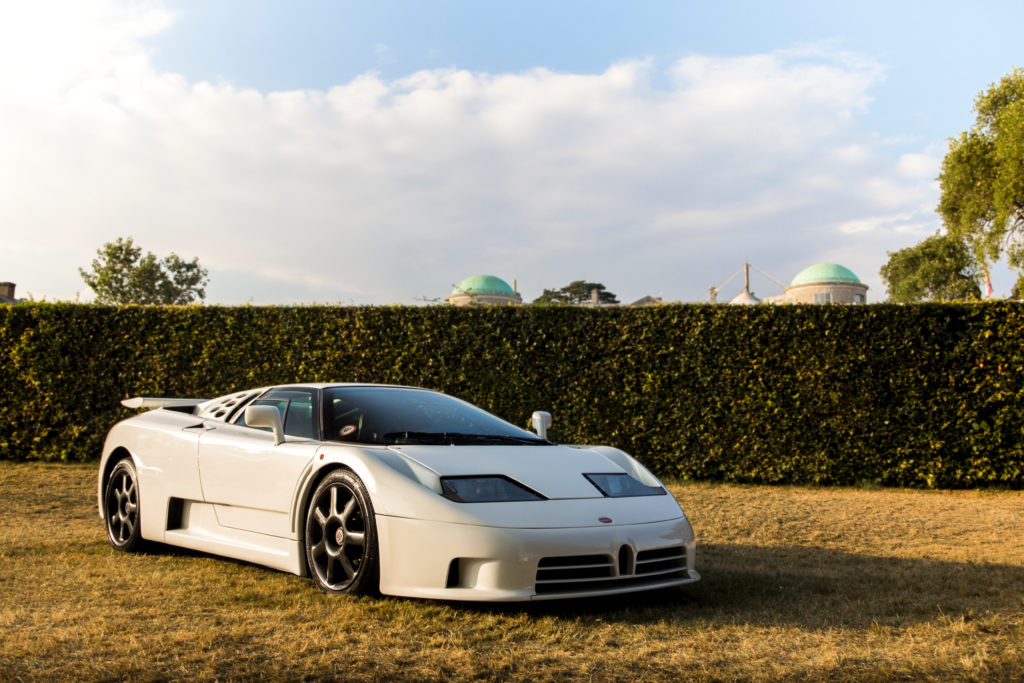 In the 1990s, cars were just starting to pull themselves from the deadly grasp of emission regulations. Manufacturers were coming up with creative electronics which allowed them to increase output while still playing by the rules. And as mainstream automobiles started seeing output increases, so did the best 90s supercars.

Like all cars, some ’90s supercars were better than others, so we put together a list of our 10 favorite 90s supercars — plus a few more you may never have heard of. All supercars had to be road-legal to be eligible for this list, even if only one was ever produced. 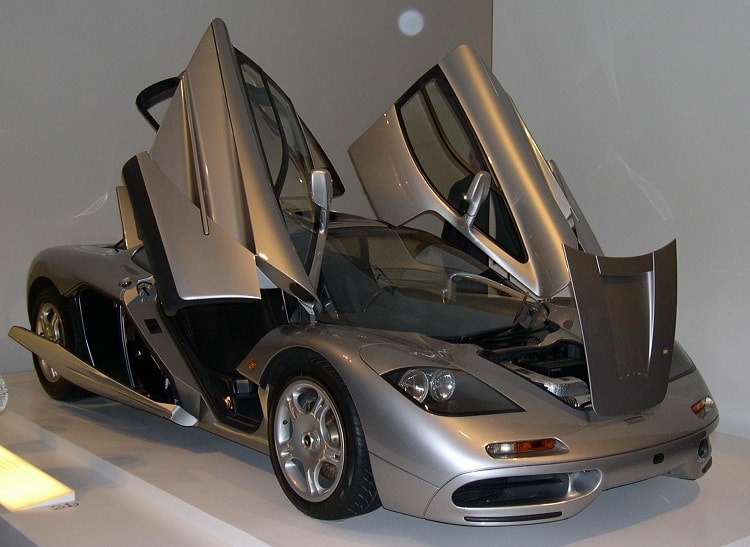 McLaren manufactured the F1 between 1992 and 1998, and it remains one of the best supercars ever to grace our roadways. Thanks to a 6.1L V12 that produced 627 hp and 480 lb.-ft. of torque in its road-going variant, the F1 accelerated to 60 mph in just 3.2 seconds. At one time, it held the world record for the fastest production car with a top speed of 231 mph. 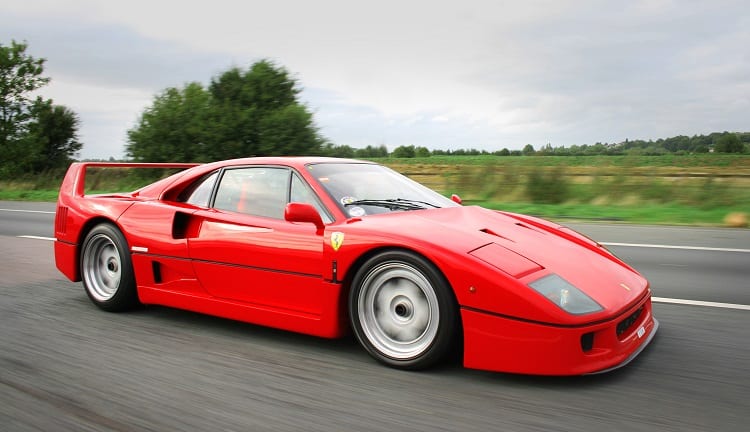 Though Ferrari was already on the map by the time the F40 debuted in 1987, the legendary supercar is responsible for boldfacing the name and putting a massive star next to it. The F40 rolled in boasting a temperamental 472-hp 2.9L twin-turbo V8 that would go from timid to bonkers with the flutter of your right foot. What’s more, this was a proper supercar, as it had exposed seams with visible adhesive and limited sound deadening. Though it debuted in the late ’80s, the F40 qualifies for our list because its final year on the market was 1992. 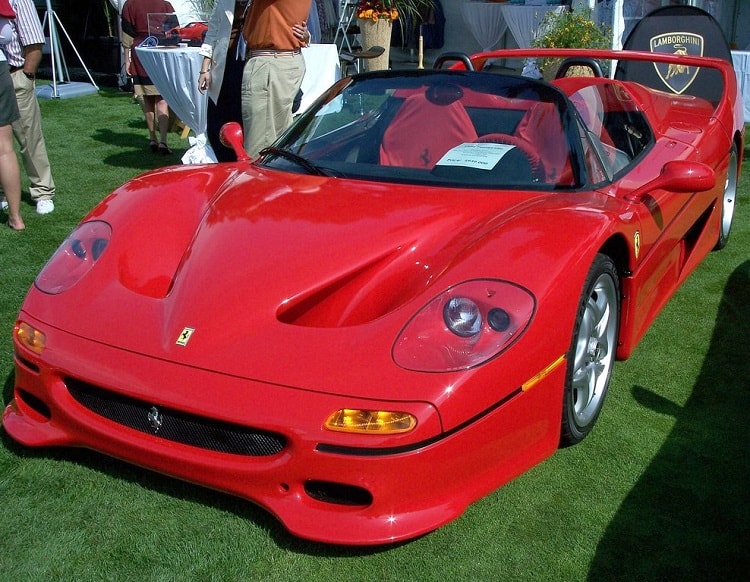 The legendary F40 was a hard act to follow, and when the F50 originally debuted, buyers and enthusiasts believed that Ferrari had lost its edge. In today’s world, however, we can see that this wasn’t Ferrari losing its edge; rather, it was the brand massaging its image to better cater to its upscale clientele, though the F50 is still relatively simple by today’s standards. The under-hood bits were less temperamental than the F40, as its 4.7L V12 produced 514 hp and 347 lb.-ft. of torque. This resulted in a 3.7-second sprint to 60 mph and a top speed of 194 mph. 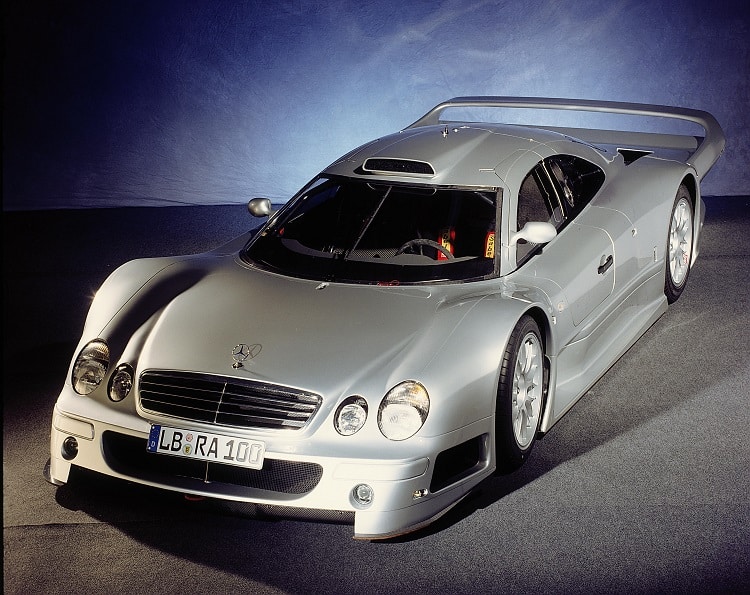 In 1998 and 1999, Mercedes built one of the best supercars ever — the CLK GTR. This model was the result of Mercedes entering the FIA GT1 class, which required the automaker to build road-going units to be eligible for competition. This powerful Benz came equipped with a 6.9L V12 engine that cranked out 604 hp and 572 lb.-ft. of torque. It hit 60 mph in just 3.8 seconds and topped out at 199 mph. When it was new, the CLK GTR was the most expensive production car at the time with a price tag of $1,547,620. 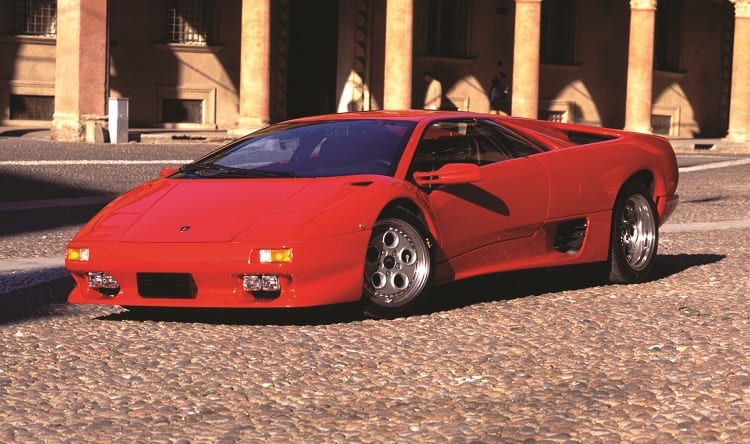 If there was one ’90s supercar that became the icon of that era, it was the Lamborghini Diablo. Teenagers slathered posters of this supercar on their bedroom walls, and for damn good reason. The standard Diablo came with a 5.7L V12 that produced 492 hp and 428 lb.-ft. of torque, allowing it to hit 60 mph in just 4.5 seconds and top out at 202 mph.

In 1993, Lambo introduced the Diablo VT, which added all-wheel drive to handle its power more effectively. The best Diablos came in 1994 and 1995, which marked the introduction of the SE30 and its 523-hp engine, and the Diablo SV with 510 hp, extra handling bits, and reduced curb weight. 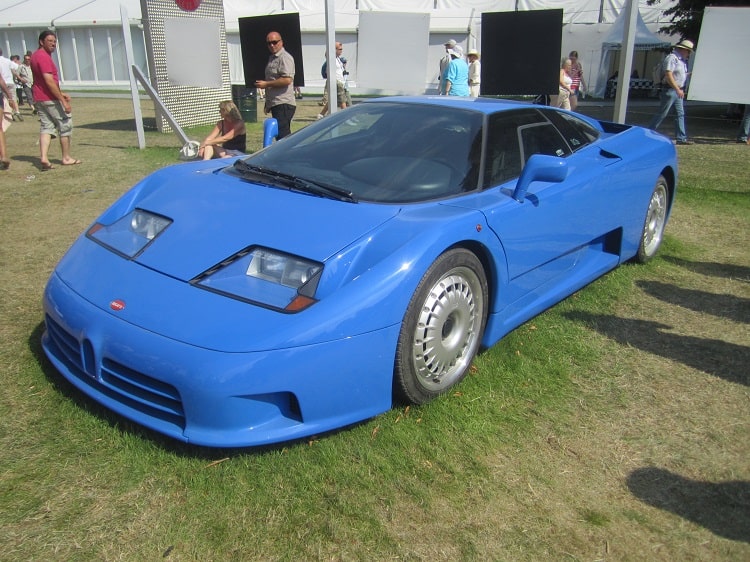 An oft-forgotten member of the best ’90s supercars club is the Bugatti EB110. It was funky looking, it was expensive, and it was super fast — which fits the 1990s like a well-tailored suit. Under its hood was a 3.5L quad-turbo (yes, four turbos) V12 engine that had 552 raging horses daring you to push that accelerator a little further. Things got even more insane with the release of the EB110 SS, which was lighter and cranked out 603 hp. This hotter EB110 hit 60 mph in just 3.2 seconds and topped out at 216 mph. 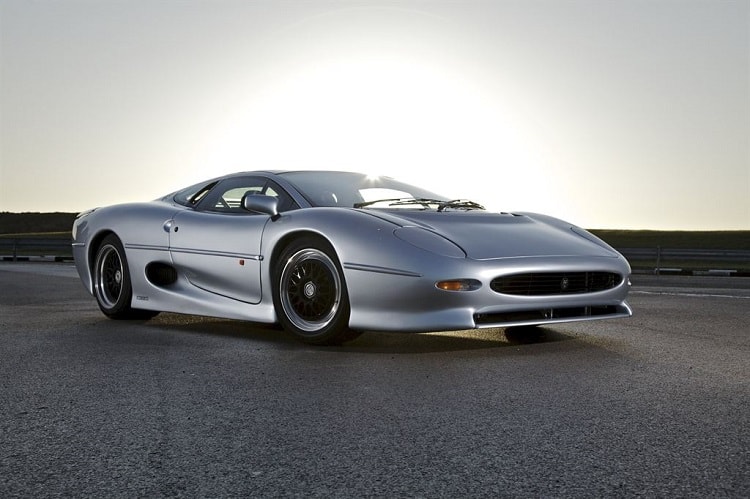 Though general automotive enthusiasts may not know it, any Jaguar fan will remember the XJ220 that the British manufacturer built from 1992 through 1994. Though Jag limited it to just 275 units, its impact was massive, as no one really expected this sort of machine from the brand.

Powering this beast was a 3.5L twin-turbo V6 that produced an incredible-for-its-size 540 hp and 475 lb.-ft. of twist delivered to the rear wheels via a 5-speed manual transmission. The result was a supercar that could hit 60 mph in just 3.6 seconds and top out at 213 mph, all while getting 27 mpg highway. 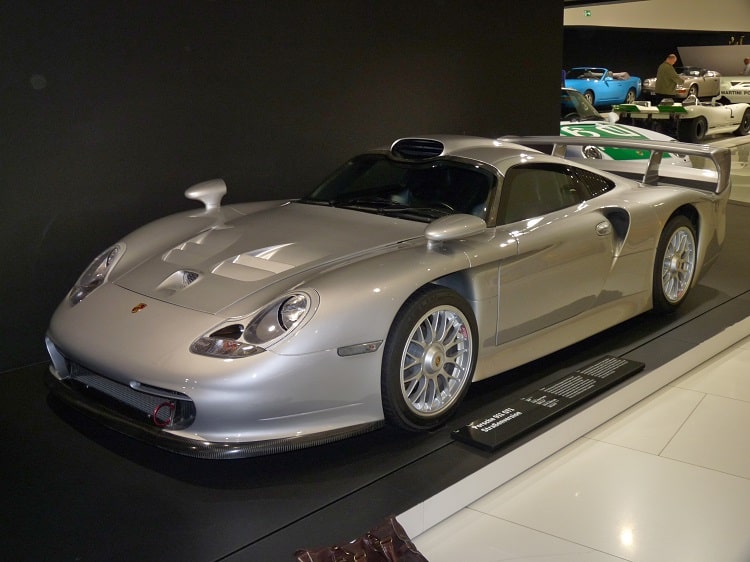 The homologation requirements for manufacturers to enter various racing series have resulted in some awesome supercars over the years. One of the best in the ’90s was the Porsche 911 GT1 Straßenversion (Street Version). This 911 arrived with a 3.2L flat-six twin-turbo that produced 537 hp.

This huge amount of power paired with a svelte 2,535-pound curb weight to deliver insane performance numbers, as the 911 GT1 Straßenversion hit 62 mph in just 3.9 seconds and topped out at 191 mph. Nowadays, the GT1 Straßenversion is a unicorn of sorts for Porsche enthusiasts, as the German automaker manufactured just 25 of them.

Supercars of the ’90s were often looked upon as space ships, but the Vector W8 took that idea to a whole new level. Its angular design and wild interior left mouths agape, but luckily its 6.0L V8 engine, which produced 625 hp, was there to close your jaw from the G-force it created at launch. That incredibly powerful V8 and the specially developed 3-speed transmission were capable of launching the W8 to 60 mph in 4.2 seconds and on to a top speed over 220 mph. 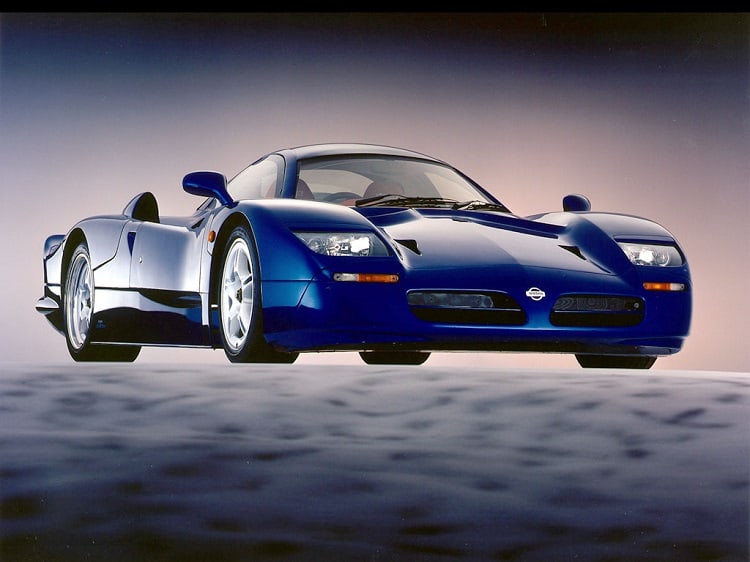 Another product of homologation rules, Nissan’s contribution to the ’90s supercars was the R390 GT1. Unlike other GT1 competitors, which typically saw 25 or so production units, Nissan built only two road-ready versions of its racecar. One of the production models sold at auction and the other is sitting in Nissan’s Heritage Collection in Zama, Japan.

9 More ’90s Supercars You May Have Forgotten

Not all of the supercars of the ’90s were instant icons — but these lesser-known models still fit the bill for cool, crazy fast cars that we’d love to have in our collection. 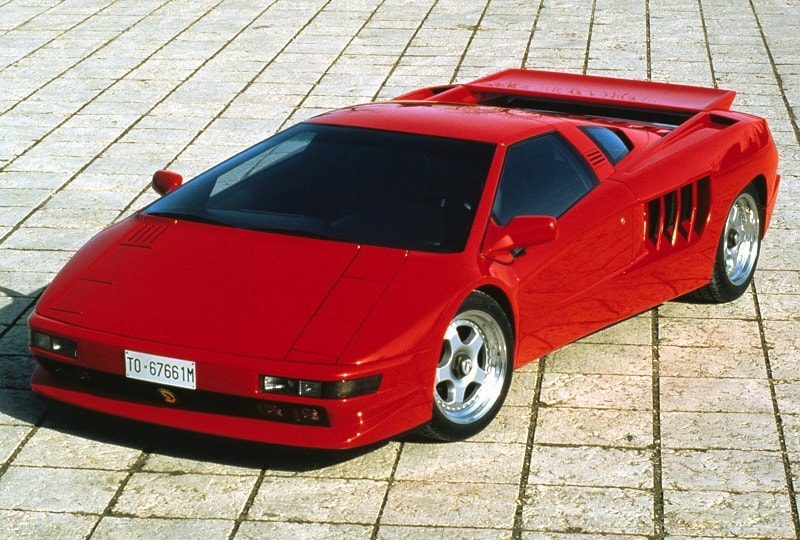 Early ’90s supercars often came with mad pop-up headlight designs, but none is perhaps more memorable than the Cizeta-Moroder V16T which was available between 1991 and 1995. Cizeta was initially produced in 19 units. Subsequently, the company made three more models in 1999 and 2003, and here’s the thing: Cizeta is actually still available on a made-to-order basis. 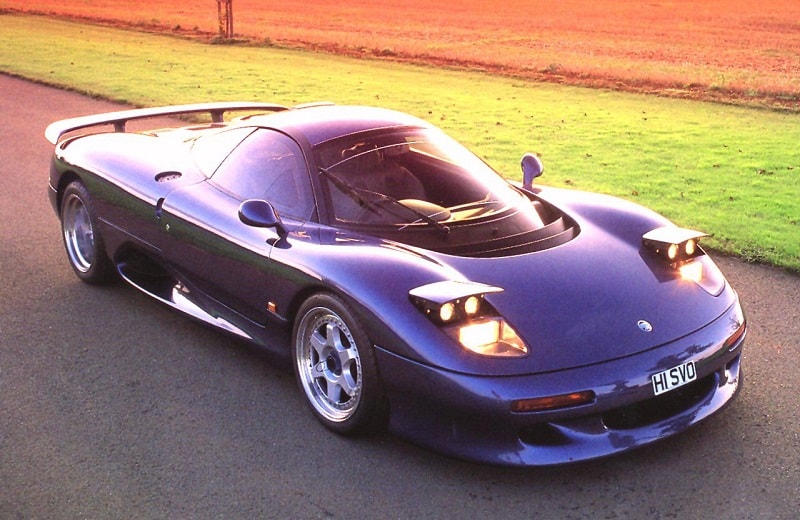 Though the Jaguar XJ220 certainly deserved more acclaim, its predecessor of which only 53 copies were made between 1990 and 1992 (five times fewer than the XJ220) is the one that we have picked here. Powered by a Jaguar 6.0L V12 powerplant, the XJR-15 was able to produce 450 hp and 420 lb.-ft. of torque. There were supposedly five limited LM versions of the XJR-15, all sold in Japan. They were fitted with a 7.4L V12 similar to the XJR-9 race car’s engine and were capable of making 700 horses. 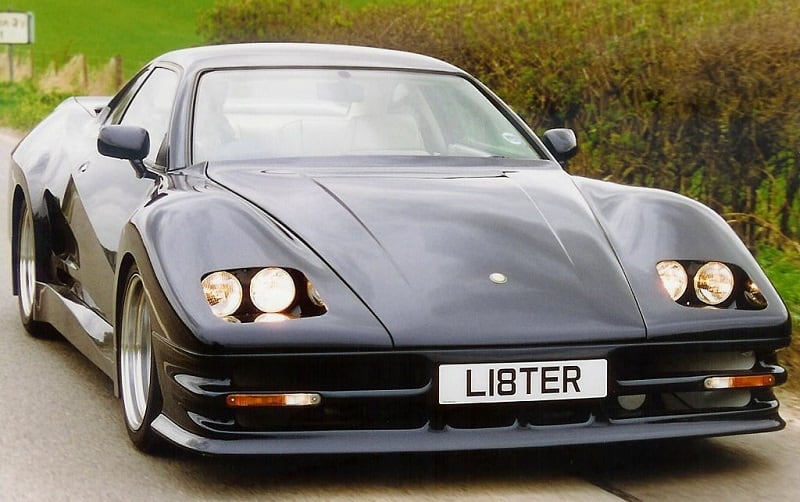 The Lister Storm also utilized Jaguar’s 7.0L V12 mill. Here the engine made 546 hp and 583 lb.-ft. of torque which was enough for a 0-to-60 acceleration time of 4.1 seconds. That made it the fastest accelerating 4-seater saloon in the world until the Brabus Rocket toppled it from that spot in 2006. The Lister Storm was only built in four units, three of which survive today. The hefty $350,000 price tag back in 1993 probably didn’t help it pave the way for more buyers. 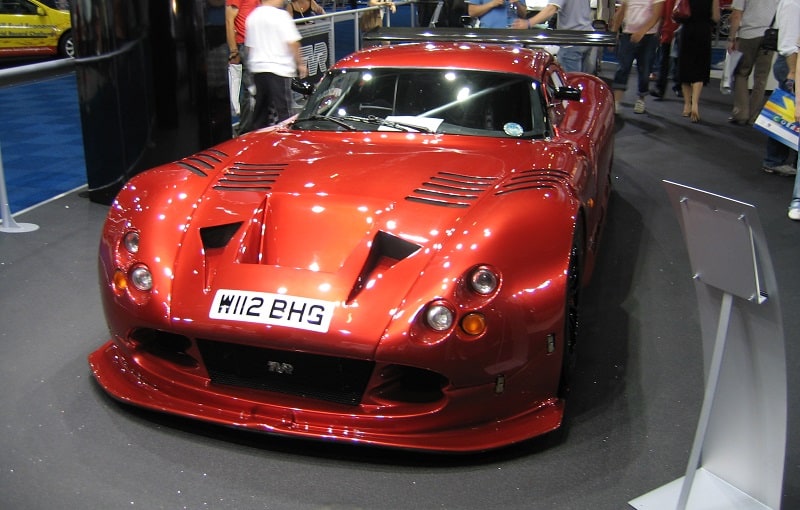 The TVR Cerbera Speed 12 never moved on from the prototype phase, although the prototype car itself was road-legal. That’s because a 2,425-pound car with 900 hp was simply way too fast for the general population back in 1997.

Furthermore, the in-house 7.7L V12 engine was underrated and probably produced north of 1,000 hp. It was intended for the 24 Hours of Le Mans but never made it to France. It did, however, compete in the GT1 class of the FIA GT Championship where it was restricted to the more “conventional” 660 horses. 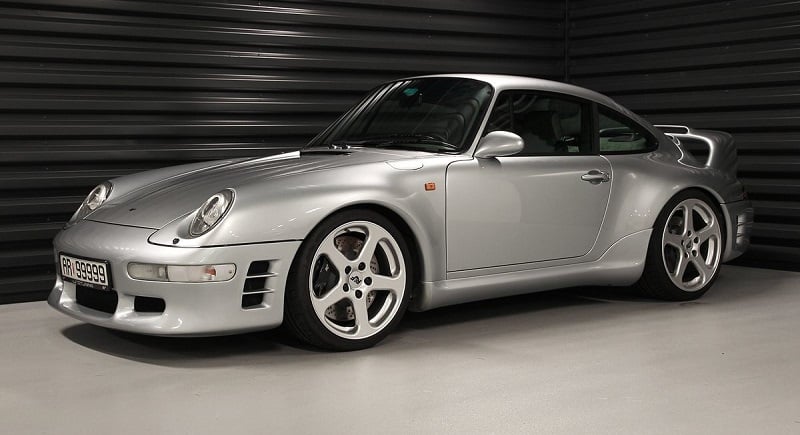 Don’t let its looks fool you. This isn’t a Porsche 911, although it’s based upon it — or type 993 to be more precise. Ruf isn’t your typical German automaker and tuner known for their high-performance Porsche knockoffs. The CTR2 is probably the most famous of their cars, but still obscure enough for most people to think it’s a Porsche. 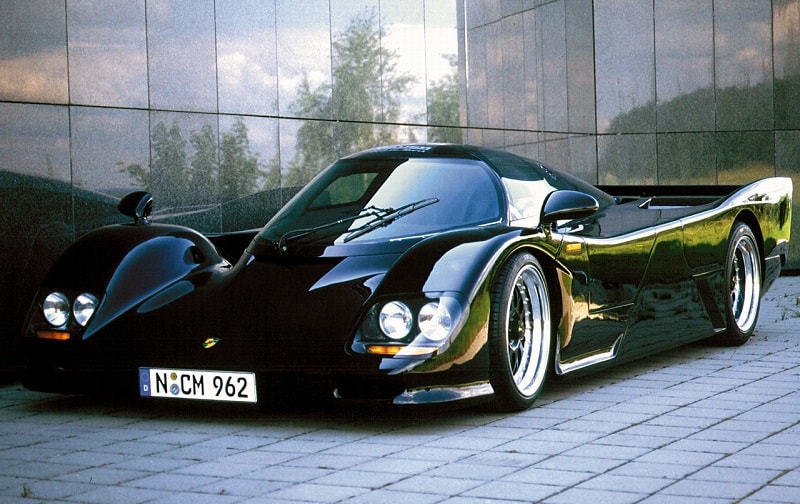 Another rare German car and another Porsche-derived one, the Dauer 962 was based on the Porsche 962. As its name suggests, this ’90s supercar was specially designed for 24 Hours of Le Mans, and it did its job in a thoroughly professional fashion — winning in 1994.

The Dauer 962 was in production between 1993 and 1997, but road-legal cars only came after the aforementioned Le Mans victory. Only a dozen or so were produced, and they were fitted with Porsche’s well-known flat-six mill capable of putting up 730 hp. Needless to say, these supercars were hellishly fast with a 251 mph top speed and a 2.8-second sprint to 60. 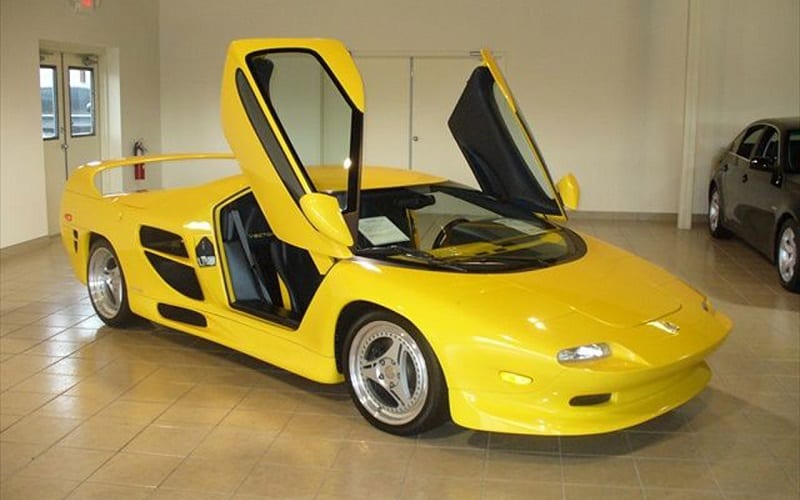 Vectors were always underrated. And while we have done the W8 some justice recently, we haven’t done the same with the M12. The Vector M12 was neither that expensive nor that flashy, compared to other ’90s supercars. Yet for a car that was essentially a rebadged Lamborghini Diablo, it originally sold for “only” $184,000, and you can get it for much less these days. If you manage to find one, that is. After all, only 18 were made between 1995 and 1999, and 14 were production models.

The 5.7L Lambo V12 produced 492 hp and 425 lb.-ft. of torque which wasn’t enough for more than 189 mph top speed and 4.8 seconds 0 to 60. Maybe it was the fact that it wasn’t one of the better supercars or that there was a hostile takeover and mismanagement of the company, but the Vector M12 never achieved much success. 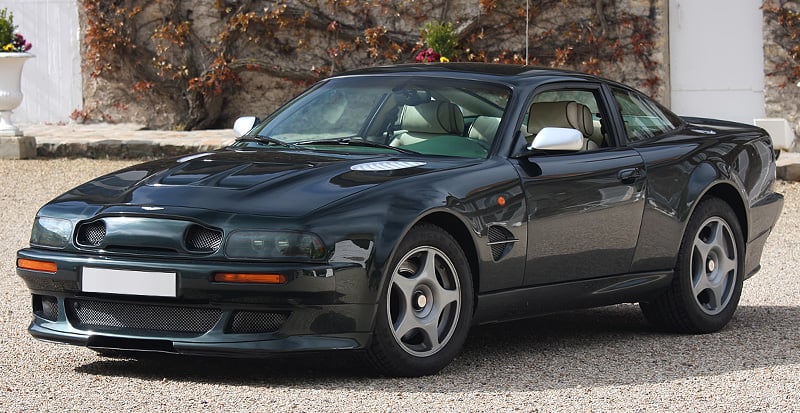 There was a time when Aston Martin built the Virage instead of its predecessor and successor, the Vantage. However, close to 300 Vantages were produced during the mid-nineties. They were supposed to be cutting edge but ended up being beefed-up, cumbersome supercharged V8 4-seat coupes. Proudly named Le Mans, V8 Vantages came in a 40-model limited run back in 1999. They were made for two reasons: To commemorate Aston Martin’s Le Mans victory from 40 years ago and to kill off the then-current generation of Virage/Vantage which would never have passed the new regulations.

Unlike regular 550 hp Vantages, the Le Mans models were capable of producing 600 ponies and 600 lb.-ft. of torque. A 5.3L V8 with dual superchargers was quoted to have a top speed of 200 mph top speed and a 4 second 0 to 60. However, the Aston Martin V8 Vantage Le Mans was never able to achieve those figures. That’s what happens when you try to make an extremely heavy, mahogany-stuffed supercar. 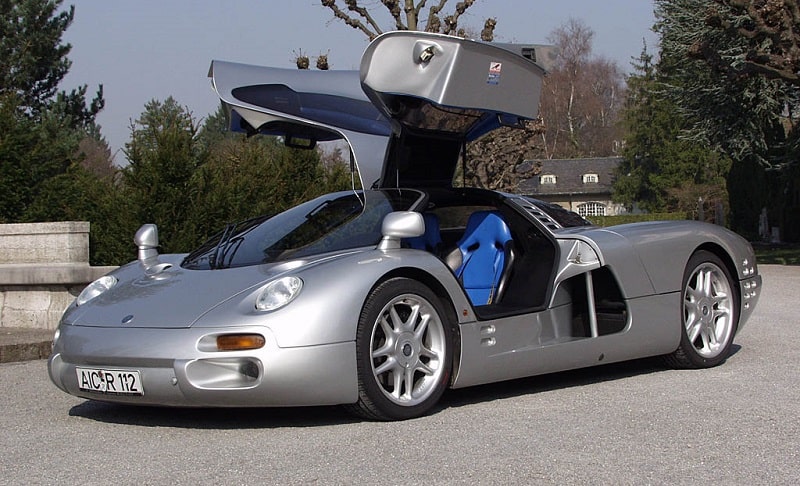 Do you remember this one? Of course, you don’t. Heck, who remembers any Isdera model? Still, of this little-known brand, the Commendatore 112i takes the cake. It was introduced in 1993 and came with a 6.0L Mercedes-Benz V12 mill which made slightly north of 400 horsepower.

That was good enough for the top speed of 213 mph and a 0-to-60 time of 4.7 seconds. Solid figures for a 3,200 pounder. It was supposed to be a limited $450,000 affair, but that idea never came to pass. Things didn’t move far from the road-legal prototype, turning the Commendatore 112i into one limited ’90s supercars affair.