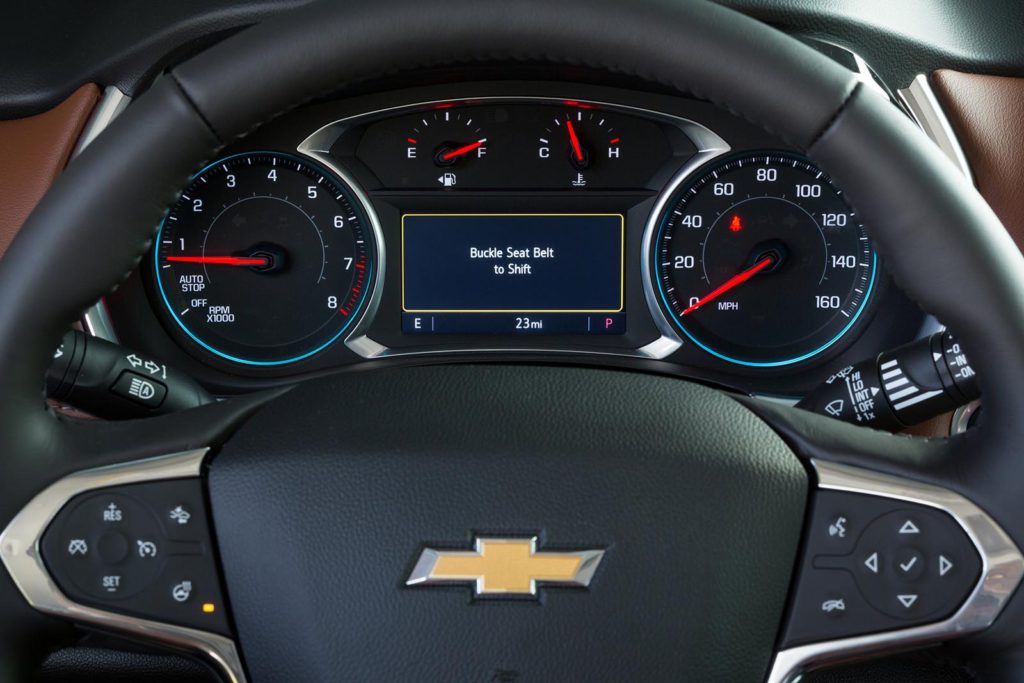 U.S. highway deaths jumped by more than 7% in 2020 – but the number of fatalities involving unbelted driving soared by more than twice that amount, reflecting a sudden dip in the numbers of motorists buckling up.

Experts are looking at a variety of ways to encourage more motorists to use click it, including chimes, buzzers, and bells that don’t turn off after a few seconds. But General Motors is betting the answer is to rethink an experiment from back in the 1970s. Instead of preventing an unbelted driver from starting up their vehicle, GM’s Buckle to Drive system prevents the vehicle from being shifted into gear until the driver is buckled up.

After a brief fleet test that showed a notable increase in belt use, GM launched the Buckle to Drive system for 2020 on several Chevrolet models – the Colorado pickup, Malibu sedan, and Traverse SUV – as well as on the GMC Canyon pickup. Other models have been getting the feature and it will be added to the updated full-size trucks GM is launching for 2022, including the Chevy Silverado and GMC Sierra.

Longer-term, “It will be going across the whole General Motors portfolio,” said GM Safety Strategy Engineer Tricia Morrow. And the system also will be tweaked to make it more effective.

GM is expected to extend the shift-lock system to cover not only the driver but the front passenger, as well, though Morrow would only confirm that this update is now being “discussed.” 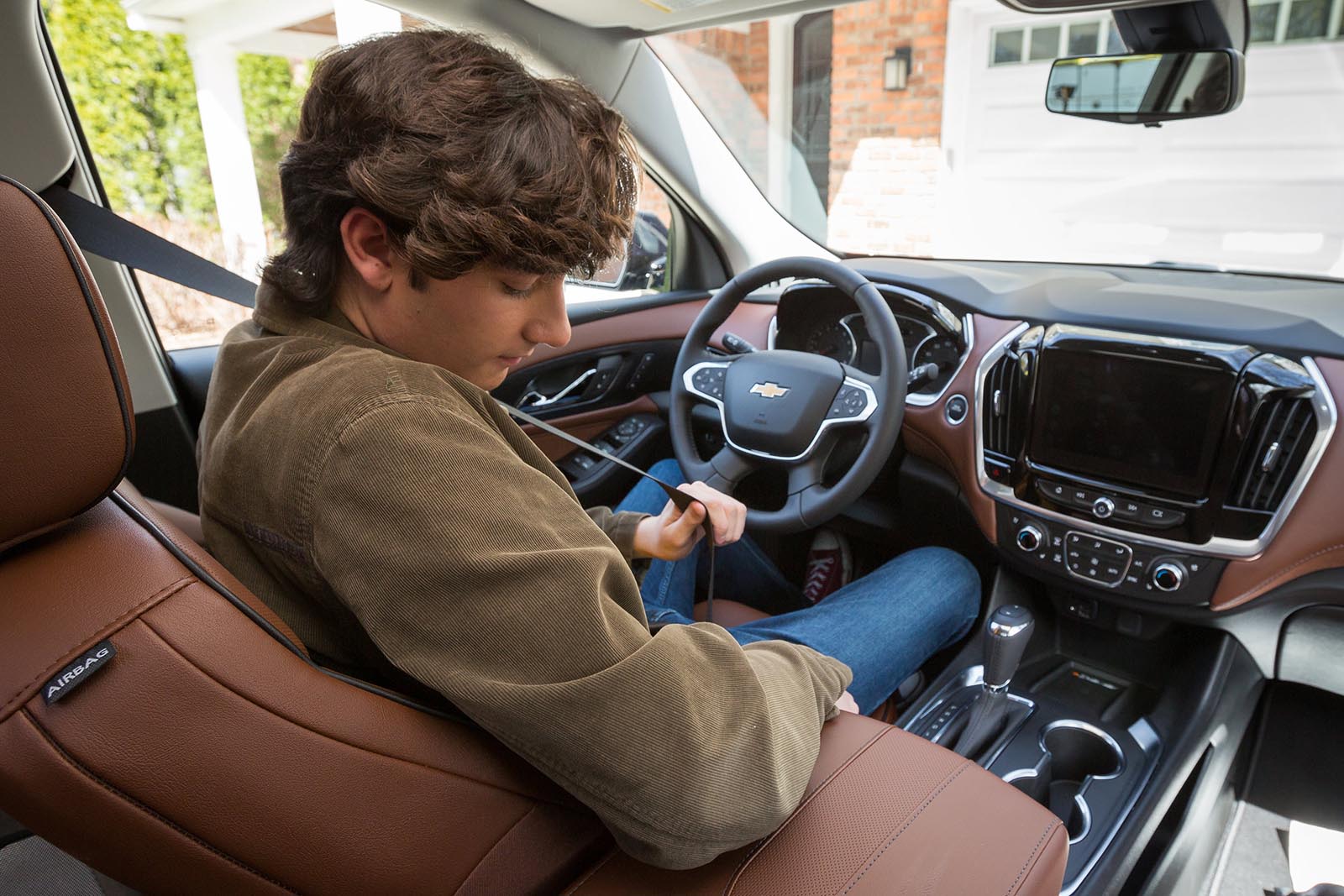 Currently, Buckle to Drive targets the young motorists whom, Morrow noted, are the least likely to buckle up. Parents can activate the feature by switching the vehicle to Teen Driver Mode – which also allows them to set a limit on vehicle speed and take other actions to keep them safe.

Always-On, But Has an Off Switch

Going forward, Buckle to Drive will be active for all motorists. When they start up the car without buckling up, the shifter initially will be locked into Park. For those determined not to wear a belt, they’ll simply have to wait until the function times out – which takes about 20 seconds – or go into the vehicle’s Settings menu on the infotainment screen.

(GM clearly wants to avoid the sort of backlash that followed the move back in the 1970s when the National Highway Traffic Safety Administration mandated the use of an ignition lock. It wouldn’t allow the car to even start unless the driver was buckled in. That triggered widespread condemnation of “government intrusion,” made worse by the fact that the interlocks frequently failed, leaving drivers stranded.)

Buckle Up For Safety

“GM deserves kudos for taking this step,” said Russ Rader, senior vice president with the Insurance Institute for Highway Safety. “Lack of belt use is one of our biggest unsolved safety problems.”

The latest data show just how serious the problem is. According to IIHS and NHTSA data, unbelted occupants account for about half of all traffic fatalities. Yet, after decades of steady increases in belt usage, the numbers appear to be declining. According to a federal “observational study,” said Rader, as much as 95% of drivers buckled up late in the last decade. That dipped to 90.3% last year, NHTSA found.

Perhaps not so coincidentally, highway deaths were up 7.2% last year compared to 2019, despite that the pandemic saw American motorists clock 13% fewer miles. But more telling were these statistics. The number of fatalities involving unbelted occupants climbed 15%, according to NHTSA. And the number of deaths involving occupants thrown from a vehicle rose 20% during that period. 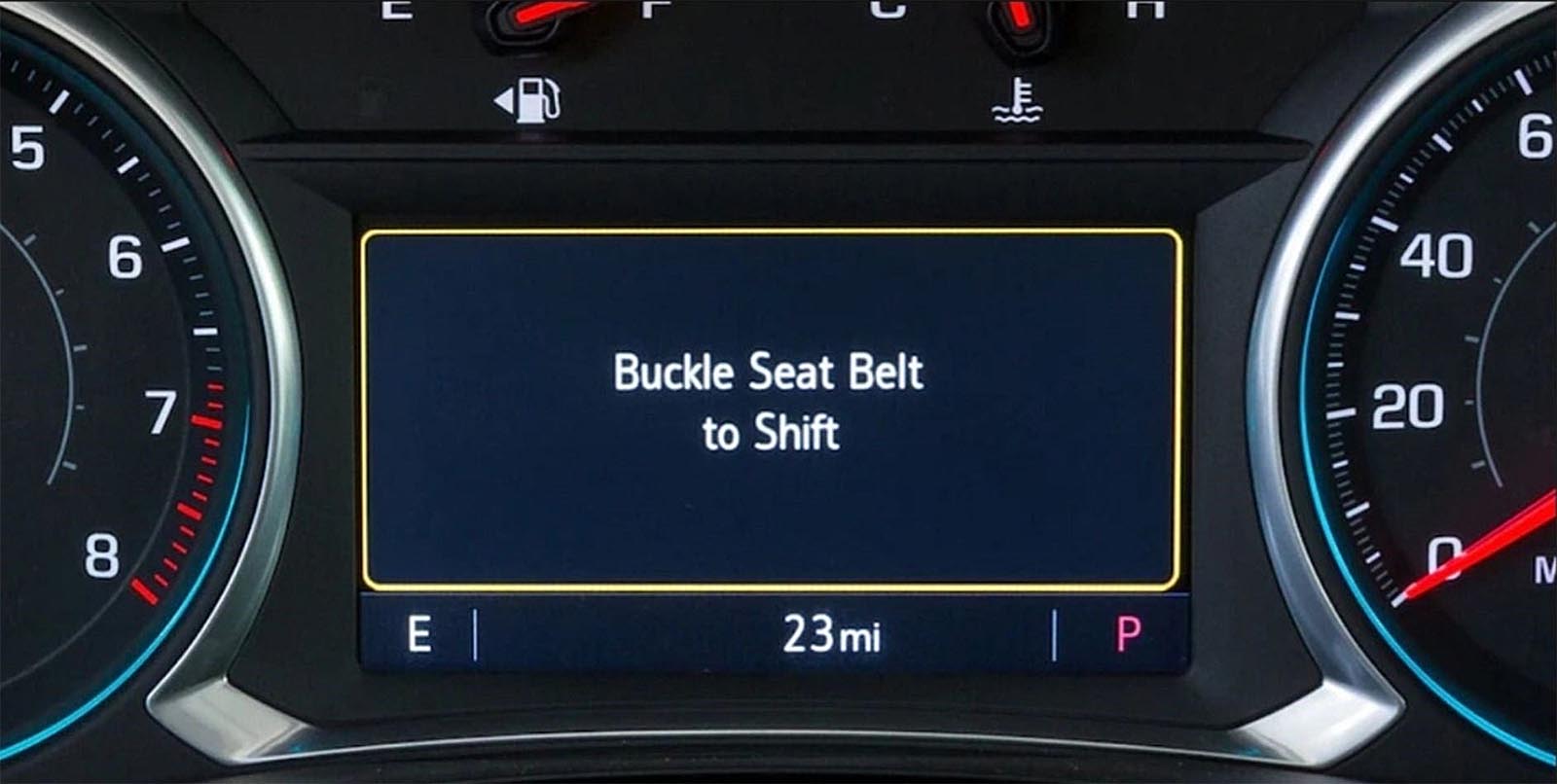 GM’s Buckle to Drive system “has the potential to save lives,” said Raider. While he doesn’t expect much change among seatbelt “refuseniks,” a study conducted in 2017 looking at a test GM did with commercial vehicles saw a jump among those who otherwise buckled up inconsistently.

The IIHS is pressing the industry to come up with solutions, and it has shown itself effective at getting manufacturers to adopt improved safety measures and technologies. Rader said the group also sees benefit with belt reminders that continue to chirp, beep, chime or buzz continuously, rather than just for a few seconds after a vehicle is started.

Seatbelt usage varies widely depending upon a variety of factors, including not only age but location. In Oregon, 94% of motorists regularly buckle up. That falls to a mere 59% in North Dakota, however, the lowest of any state.