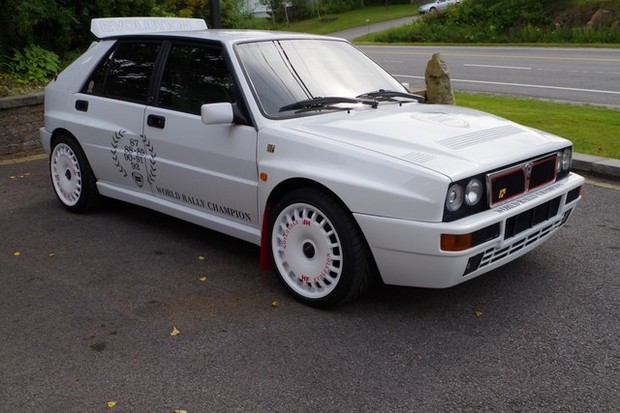 Scroll down to view these 10 Amazing cars built in 1991 (in no particular order) that you can now bring into the US. 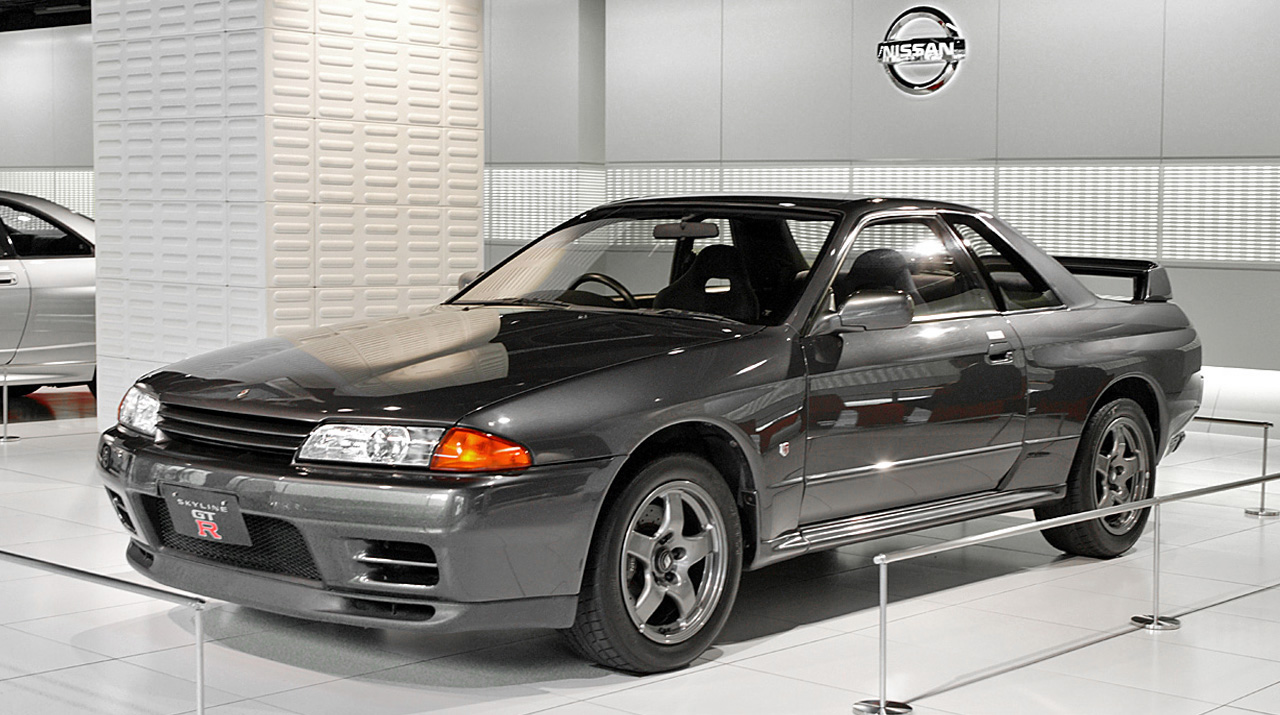 The Alpina B10 BiTurbo is a high performance version of the BMW 5 Series E34.  Alpina is to BMW what AMG was to Mercedes-Benz and what Ruf is to Porsche.  Basically, they take great German cars and make them better, a lot better.  Alpinas have been sold for only a few years now in the United States through BMW North America.  However, they have been around since around 1965.

The most incredible of all Alpinas in my mind is the B10 BiTurbo.  Based on BMW’s e34 535I, Alpina upgraded BMW’s legendary M30B35 engine, transmission, suspension and other systems to create a car that was much faster than BMW’s own M5.

Alpina dismantled the engine that came with the car, added Mahle pistons, two Garrett T25 water-cooled turbochargers and variable boost to control output.  This increased performance from 208 hp at 225 ft-lb of torque to 360 hp at 384 lb-ft.  A Getrag 290 5 speed manual transmission was added to control the additional power.

The Alpina B10 BiTurbo rocketed from 0 to 62 miles per hour in 5.6 seconds and kept accelerating to all the way to 180 miles per hour.  Keep in mind that this is 25 years ago.  At the time, this was Ferrari Testa Rossa performance.  The Testa Rossa was powered with a V12.

The Alpina B10 BiTurbo was priced double what it costs to buy a BMW M5.  At the time, the Alpina was the fastest 4 door production vehicle in the World.  This was Alpinas most successful car with only 507 units making it to production.

First introduced in 1988, the BMW E30 3-series wagon was placed into production five years after the E30 was first introduced.  The BMW E30 Wagon or Touring in BMW parlance nor its successor, the E36 touring never made it to the United States. 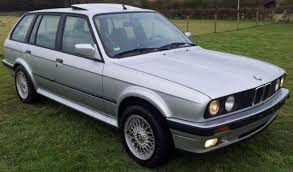 The BMW E30 Touring was never officially planned by BMW.  Rather, it was designed and built by a BMW engineer who wanted a station wagon to take his family on vacation.  Built using a wrecked E30, engineer Max Reisböck, modified existing parts to make the prototype that entered into production.

Engine options for the for the E30 Touring ranged from a 100hp 1.6 liter four cylinder 316i to the 168hp 2.5 liter six-cylinder 325i.  A diesel 324td was available as well in addition to a 1.8 liter and 2.0 liter gasoline engine option.  The standard drivetrain was rear-wheel drive and a five speed manual transmission.  However, a four-speed automatic transmission was offered as well.  The most desirable of all E30 Touring variants is the all-wheel drive 325Ix Touring.

One can still find many E30 Touring wagons on the roads in Europe.  However, finding a low mileage example in good shape is becoming increasingly difficult.  The BMW E30 platform was and continues to be a very popular platform to modify.

Introduced in May of 1991, the Honda Beat is a rear-wheel drive, mid-engined two-seat roadster.  The car was designed to take advantage of Japan’s kei car class.  Engine displacement was limited to 600 cubic centimeters of displacement, for which it received tax and insurance breaks. 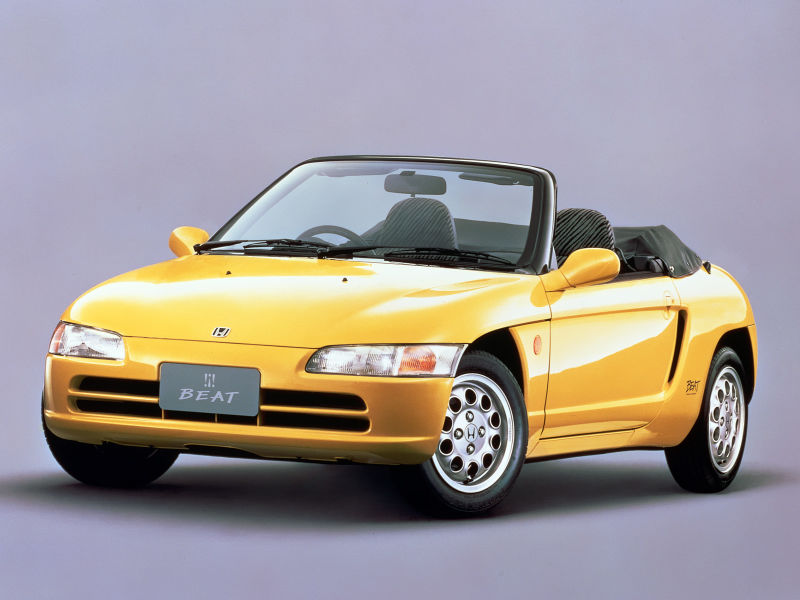 There were a total of 33,600 Honda Beats produced between 1991 and 1996 for the Japanese market.  The Honda Beat is notable in that it was the last car to be approved production by Honda founder Soichiro Honda before he died.  Additionally, the car was designed by Pininfarina, a leading automotive designer at the time who had his hand in many Ferrari designs in that era.

Since the beginning, Jaguar has had an illustrious presence in motorsports history.  To celebrate Jaguar’s success at Le Mans, Tom Walkinshaw Racing, an auto racing and engineering firm that worked in close collaboration with Jaguar at the time conceived of the idea for a road-going super car based on the Jaguar XJR-9 racer that was called the Jaguar Sport XJR-15. 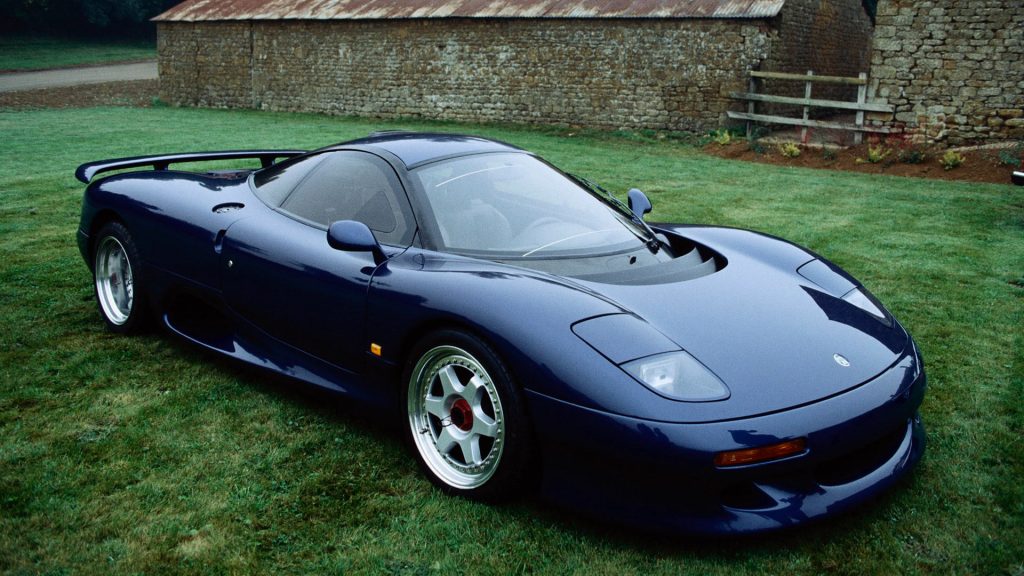 In response to a warm reception to the idea by wealthy racing enthusiasts, Jaguar Sport, a subsidiary of Jaguar and Tom Walkinshaw commenced production of the Jaguar Sport XJR-15.  A total of 53 examples were built between 1990 and 1992 at a cost of $960,165.

The Jaguar Sport XJR-15 is notable for several reasons.  It was designed by Tony Southgate and styled by Peter Stevens who went on to style the legendary McLaren F1.  It was the first road-going vehicle built entirely with carbon and Kevlar composites, predating the McLaren F1 by three years.

The Lancia Integrale is part of the Lancia Delta family.  In1991 and 1992, Lancia built the Integrale Evoluzione to satisfy final homologation for the Lancia Rally team in World Rally Cup racing.

The engine powering the Integrale EVO produced 210 horsepower.  Compared to earlier versions of the Delta, the Evoluzione I had a wider track, extended and rounded wheel arches, as well as changes to the suspension system.  The four wheel drive layout was retained from the previous generation.

Several changes were made to the bodywork of the vehicle to aid air flow around and through the vehicle.  Interior changes were minimal with alcantara-covered Recaros in addition to a leather-covered steering wheel.

First introduced in at the 1989 Toyota Motor Show, the Figaro was built by the Nissan special projects group which also produced niche automobiles such as the Be-1, Pao, and S-Cargo.  Based on the Nissan Micra/March, it was only available in four colors: Topaz Mist, Emerald Green, Pale Aqua, and Lapis Grey.  With each color symbolizing a season of the year, only 8,000 were initially available with an additional 12,000 added to production to meet demand.  All were initially sold in Japan. 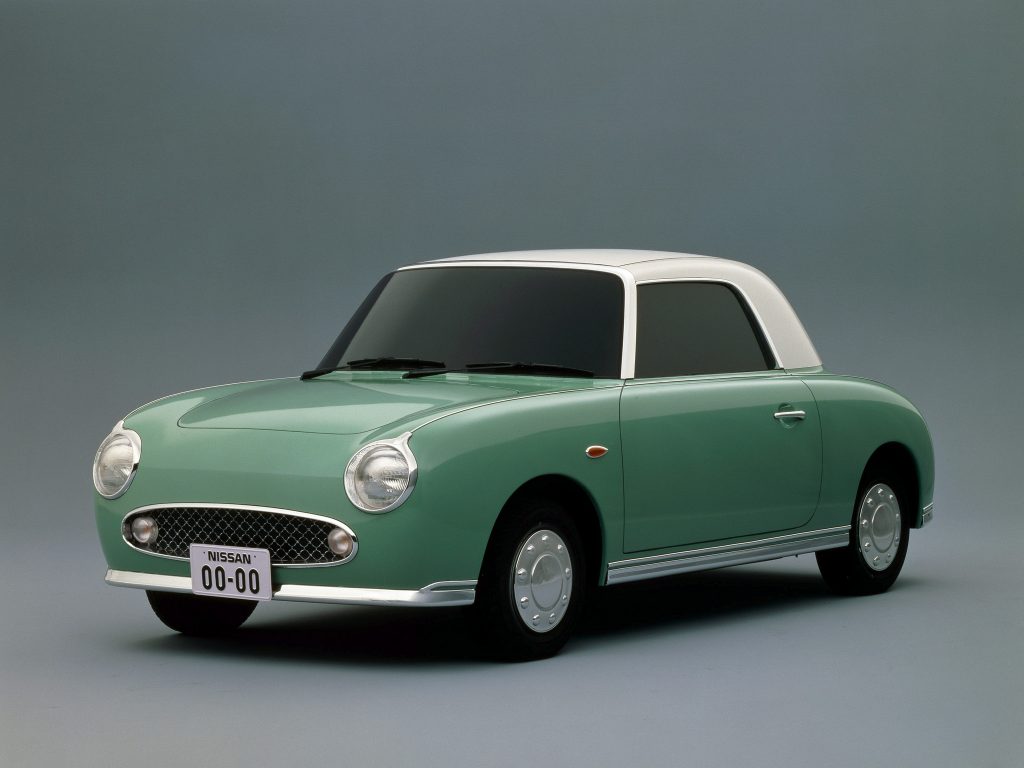 In the years since its release in Japan, the Nissan Figaro has since become popular with owners in the UK, Ireland and South East Asia.

While the Nissan Pulsar was available in the United States, there was one variant that we did not receive that was forbidden fruit.  Made for the Japanese domestic market, the Nissan Pulsar GTI-R three door hatch-back was a homologation special produced between 1990 and 1994 in order to enter the Nissan Pulsar into the World Rally Cup under Group A rules at that time.

Equipped with all-wheel drive and a unique version of Nissan’s SR20DET engine, the Nissan Pulsar GTI-R produced 227 hp and 210 lb-ft of torque.  With a power-to-weight ratio of 0.083, it was sufficient to get the GTI-R from 0 to 62 miles per hour in 5 seconds and cover the standing quarter mile of in the 13 second bracket.  Top speed is stated at 144 miles per hour.

Made famous by their legendary performance, the third year model run of the third generation Nissan Skyline is eligible for importation into the United States. 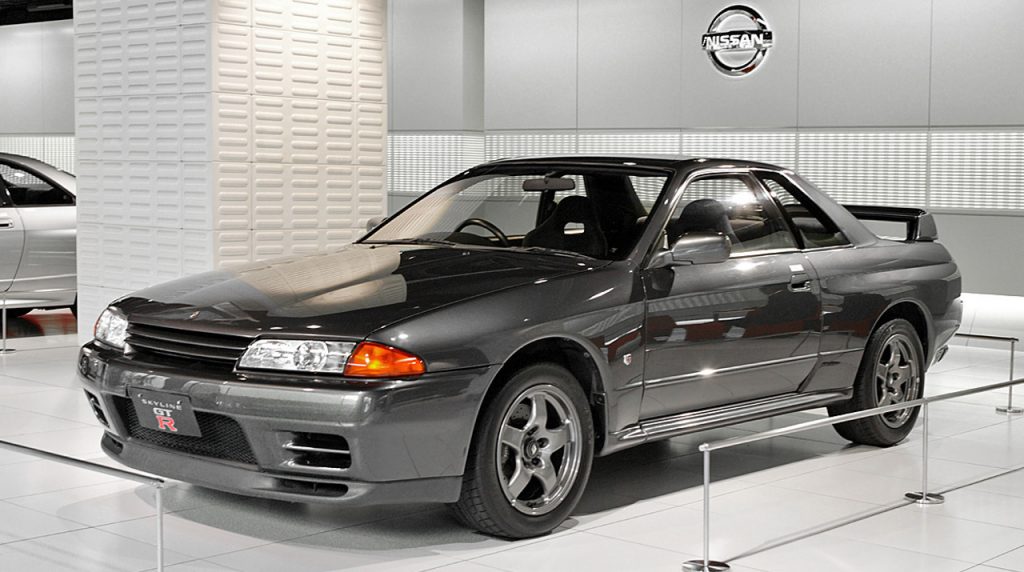 The R32 had a 2.6 litre RB26DETT twin turbo engine and five speed manual transmission.  Because of its larger size, Nissan developed a special racing oriented all-wheel-drive system which increased the weight of the vehicle by 220 lbs.

Nissan made an upgraded version of the RB26DETT engine called the RB26DETT N1.  While known for their reliability, it was not enough to race under Group N racing conditions.  The RBDETT N1 was strengthened with thicker cylinder walls, larger cooling channels, and other engine components.

The RB26DETT N1 engines did find their way into R32, R33, and R33 production vehicles.  The GTR with the N1 engine became known for their lack of amenities and light weight.

To satisfy homologation requirements to compete in the World Rally Championship, Toyota built the Toyota Celica GT-four.  A high performance version of the Toyota Celica, the GT-Four featured a turbocharged 3S-GTE engine and full-time all-wheel drive.

Launched in September 1991 in Japan, Toyota released a special rally edition of the GT-FOUR called the Toyota GT-Four RC.  In Europe, a version was sold called the Carlos Sainz (CS) Limited Edition to commemorate the WRC racer and in Australia, the vehicle was called Group A Rallye.  The RC contained several body mechanical parts that were better suited to racing conditions.


How often should I replace my car battery?
The 8 Fastest And 20 Best Sounding 4 Cylinder Cars In The Wo...
Do You Hear What I Hear? 2020 Hemi V8 Mopar Ugly Holiday Swe...
2002 Toyota Supra
50 Years of Range Rover Celebration at 2020 Goodwood Festiva...
Ranking The Best Spray Wax To Keep Your Auto Paint Looking F...