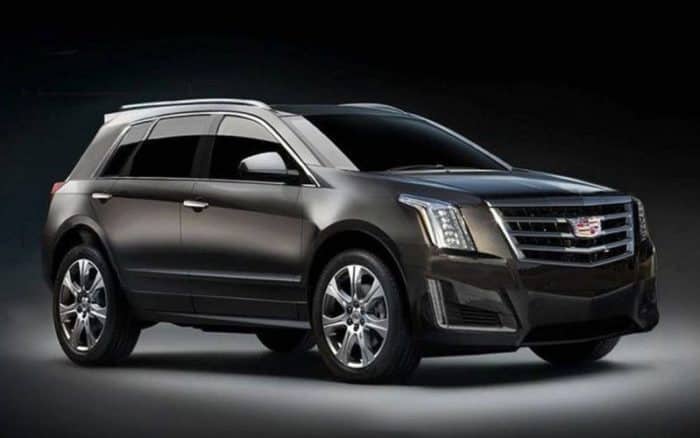 With SUVs and crossovers gaining larger and larger market share, it’s usually a good idea to pay special attention to the segment. It’s not only mid-cycle facelifts and full redesigns that can make one of them more or less appealing to the general public. All-new models play an important role as well. So, after covering 2018 model year, we now turn to the best SUVs 2019 is supposed to bring(You can also now look forward to our best suvs of 2020). It’s still a long way before we get there (especially in such an active and colorful segment), so we’ll strive to record any updates as they become more or less official. There are tons of new great features such as apple carplay and android auto but we’ll cover those technologies later. Here are the most anticipated 2019 SUVs and crossovers worth waiting for.

Although Mercedes-Benz GLE Class made its debut in 2016, if you remember, it was none other than renamed and slightly reshaped M Class of SUVs. Given the fact current generation M (GLE) Class actually debuted for 2012 model year, it’s high time it received a complete makeover. That’s exactly what’s being scheduled for 2019. 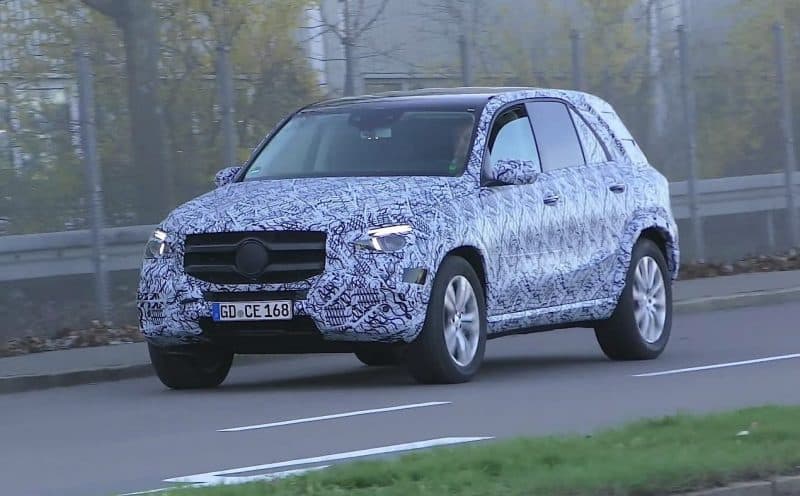 Rolls Royce is still very stingy on details about the Cullinan. Couple of things are known, though. It’s definitely arriving and when it does, precious few will be able to afford it. Although one could be disgruntled by Double R’s secrecy, we also have to understand them. Cullinan will be their very first SUV and potential game changer for the limited production company. That said, the pressure is obviously high and Rolls Royce brass, engineers and designers are likely doing all they can in order to present us with the best possible project.

Naturally aspirated V12 or twin-turbo V6? Your guess is as good as anyone else’s. Whichever of the two Brits decide to put under Cullinan’s hood, net power and torque ratings should easily surpass the 600 mark. As far as looks go, Rolls Royce won’t make too many dramatic changes. As you can clearly see from the mule below, it sports their conventional cues copied and pasted from the Phantom. 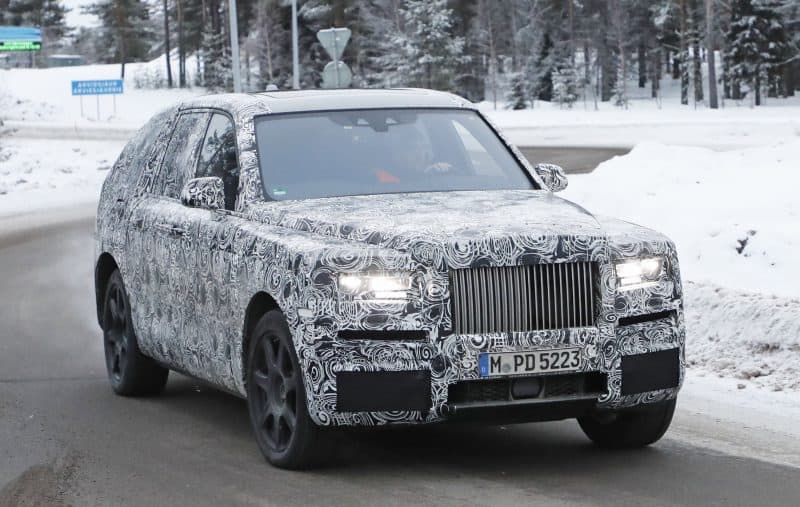 Lamborghini Urus scheduled to appear in late 2018 as 2019 year model, both is and isn’t your average exotic SUV. Market segment that only recently gained momentum with the introduction of Bentley Bentayga, mandates exquisite refinement above all else. Lambo’s newest addition will have that in abundance. What Urus will also have, though, is unparalleled sportiness that its competitors simply won’t be able to match.

Urus will be motivated by 4.0L twin-turbo V8 built especially for the occasion and sport front seats to match. Audi already offers something similar in R8, but Lambo’s mill will be developed in-house. Furthermore, since R8 generates 550 horsepower, expect Lamborghini Urus to at least surpass the 600 hp mark. What Urus will share with Audi is its platform. In fact, it’ll share the same platform as Audi Q7 and the aforementioned Bentley Bentayga. Although there’s still plenty of time for changes, everything you’ve read above has already been put in the bank. With that in mind, Lamborghini Urus should be able to accelerate from 0 to 60 in under 4 seconds, when it finally arrives. Not bad for such a heavy vehicle. 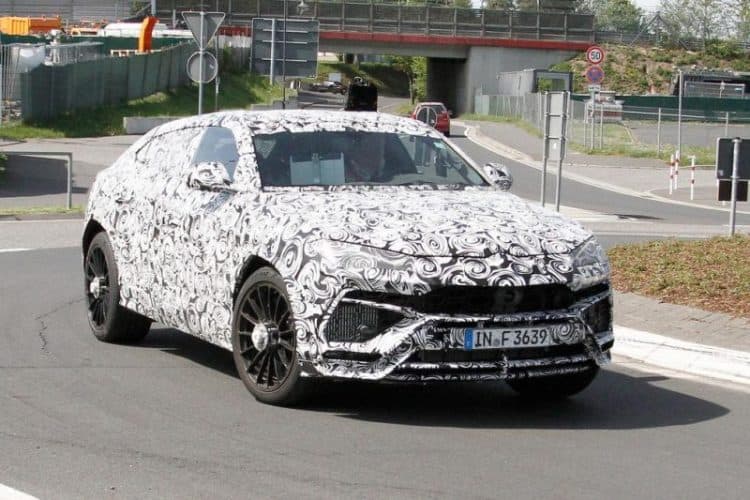 Take this compact SUVs name with a grain of salt. T-Roc was actually the name given to 2014 Geneva Auto Show concept car based on Golf hatchback, and was derived from Tall Scirocco which this model represented according to VW brass. With huge wheels and removable top, T-Roc was always dubbed a “one appearance only” show car. But, as it seems, T-Roc will actually make production. Minus the wheels, removable roof and likely the name. Given the lack of any tangible name thus far, we’ll have to call it T-Roc for now.

Underpinned by Volkswagen Group’s MQB platform, T-Roc will share parts with VW Tiguan, Audi Q2, and overseas only Seat Alteca and Škoda Kodiaq. It’s scheduled to appear in Europe for 2018 model year, in fact. US version, though, won’t be arriving before 2019. European list of engines should include diesels, 1.5L, and 2.0L 4-cylinder petrols, and even 1.0L 3-cylinder. US choice(s), however, will likely be limited to 2.0L petrol option that gets along easy with cruise control. If you can’t imagine how this affordable subcompact crossover will look like, just take a glance at newly introduced Audi Q2. You won’t be mistaken. Not by much, at least. 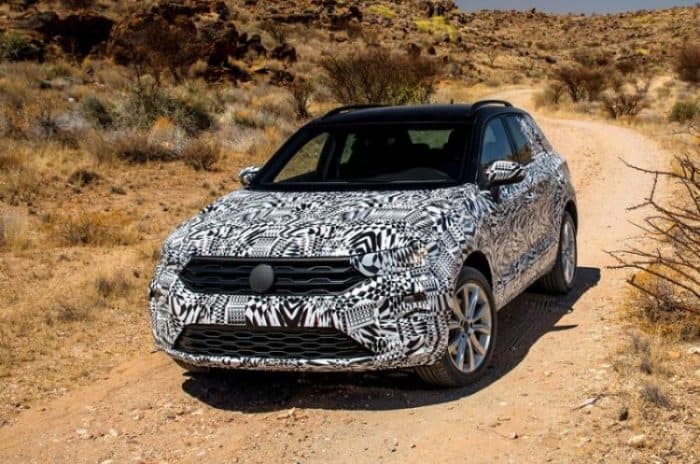 In accordance with their (not so recent anymore) strategy of attracting younger buyers, Cadillac was forced to enter the SUV segment. They did it with solid but not exactly award-winning mid-size XT5. After they, hopefully, polish their firstborn’s disadvantages for 2018 model year, Cadillac will likely scale it down and offer compact XT3 version of their first crosover. Will it be one of the best SUVs 2019 will bring? Likely not, but its sheer potential makes it so.

Cadillac XT3 should follow the same or at least very similar design pattern as its larger sibling. Moreover, it should take some cues from one and a half times larger Escalade as well. Shorter XT5 platform looks like the most likely candidate to underpin XT3. Especially since compact is set to be produced in Fairfax Assembly which already makes Buick LaCrosse and Chevy Malibu. The same LaCrosse and Malibu whose modified platform already underpins the XT5. While XT5 derives its power from 310-horsepower 3.6L V6 engine, smaller XT3 should be content with ATS’ 2.0L turbo four cranking a healthy dose of 272 horsepower. 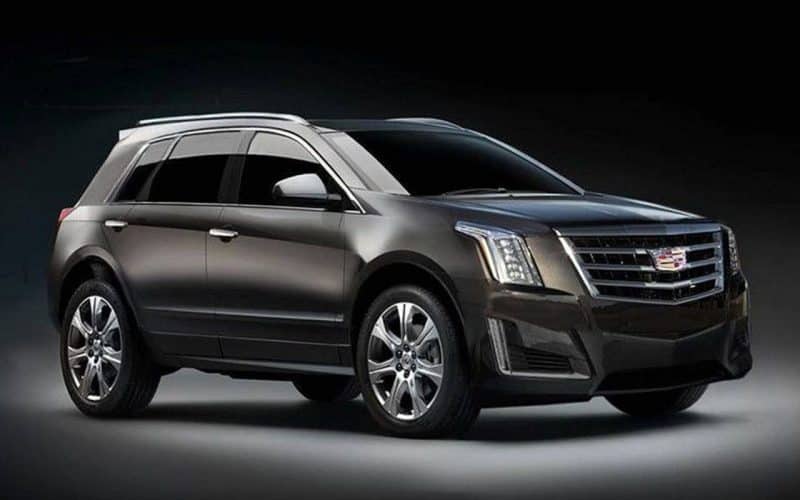 Iconic vehicle with over 70 years of history can’t just disappear all of a sudden. Although the Defender was axed in 2016 due to insurmountable obstacle called European emissions regulations, it was actually only put into short hiatus. Ready to emerge again and take its rightful place in Landy’s pantheon, new Land Rover Defender will instantly become one of the best sport utility vehicles 2019 has to offer.

Newest edition of the legendary 4×4 off-roader wil, however, be somewhat different than people were used for it to be. Although it’ll likely keep its size, new Landy will certainly lose its heavy angular steel panels. New curvaceous body made out of aluminum will help it shed some weight and improve efficiency in the process. Moreover, engines themselves might get downsized in order to further improve these figures and steer emissions into mandated zone. Other than that is anyone’s guess at this point. We can only assume there’ll be more than one model straight from the get-go and that prices will likely remain intact, more or less. 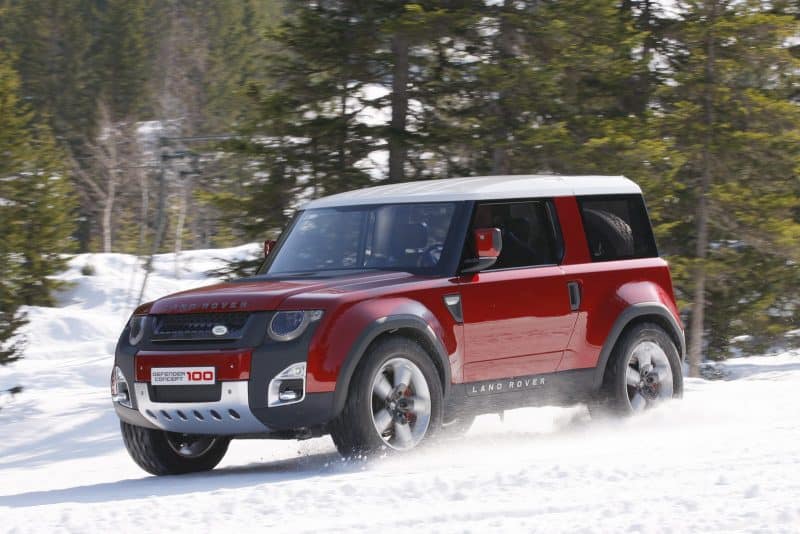 Long has BMW been trying to make things do without a proper three-row SUV. Not any more. Although X5 offers optional third row of seats, Bavarian automaker has finally decided to make that piece of equipment redundant. True full-size BMW X7 should arrive by 2019 and finally offer the amount of space one BMW flagship SUV deserves to have.

Although X7 is all-new vehicle for BMW, Bavarians won’t have to reinvent the wheel with it. New CLAR platform (short for Cluster Architecture) which mixes high strength steel, aluminum and carbon fiber has already made its appearance in new 5 Series. In future, it stands ready to underpin everything from 3 Series up, including X Series SUVs and crossovers like the upcoming X7. Design is likely already taken care of as well. X7 shouldn’t be much different than X5 and will of course include all-wheel drive. The engines, though, will have to be substantially upgraded. Don’t expect 4-cylinders here. In-line six will be the smallest available option with V8, diesels and hybrids completing the package. Even V12 might get called upon to power upscale models, and that would be a welcome sight indeed. 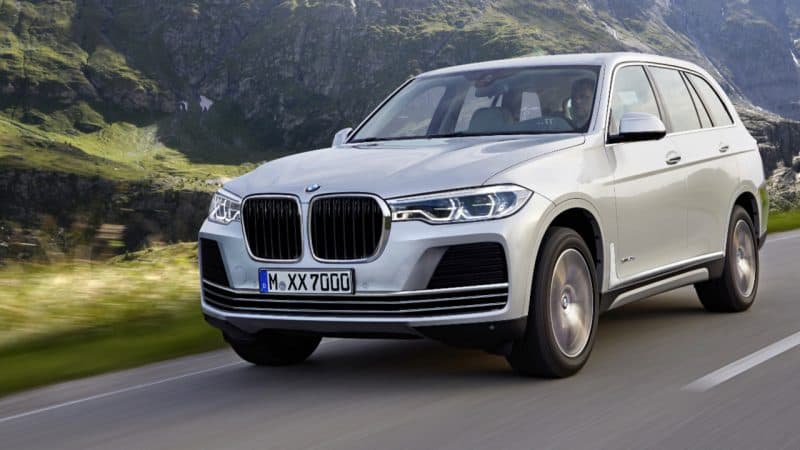 Much like most automakers do these days when it comes to SUVs and crossovers, Audi too is expanding its reach. New Q4, Q6 and Q8 models have recently been announced. One of the most anticipated SUVs for 2019 will certainly be Audi Q4 based on TT Offroad concept from 2014 Beijing Motor Show. It should complete German maker’s SUV lineup after recently introduced Q2 and soon to become reality Q6 and Q8. As you can probably guess from the name, it’ll slot between current Q3 and Q5 models.

And it’ll share its concept role model’s coupe style roof. It’ll also share the new MQB platform with numerous Volkswagen Group nameplates across German giant’s divisions. As far as engines go, Europe will yet again get the benefit of numerous choices. Petrols and diesels of all sizes, plus a plug-in hybrid. US customers, on the other hand, should be content with standard 2.0L turbo four and 3.0L V6 mills, and a plug-in hybrid later on. 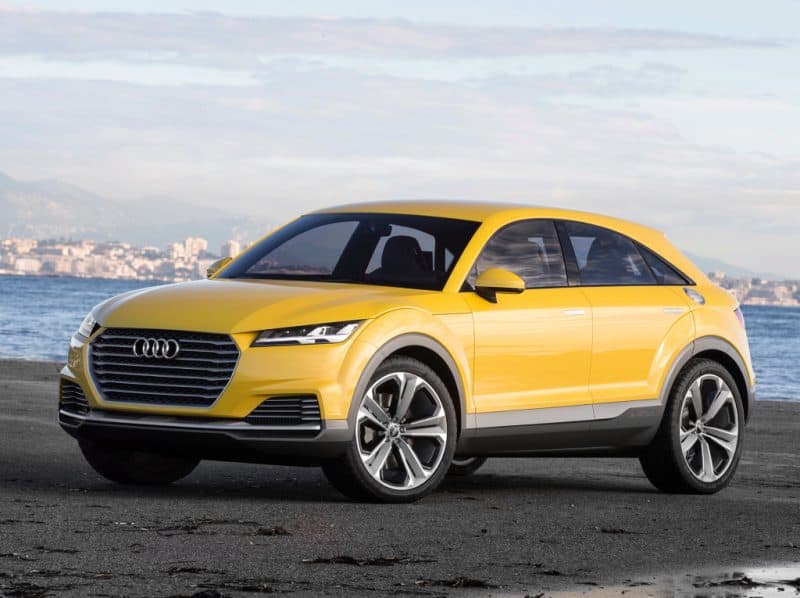