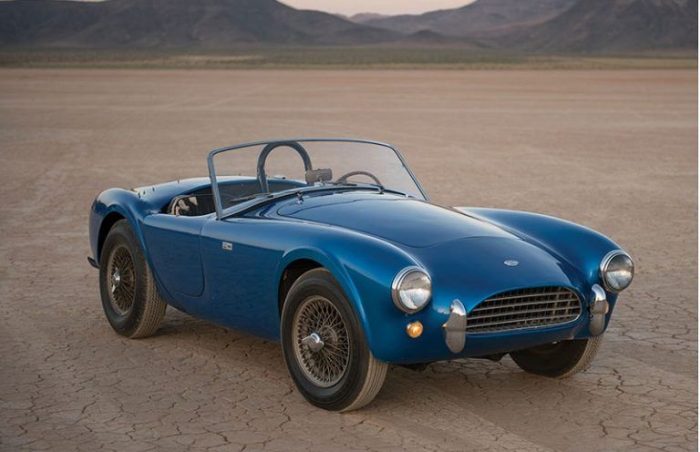 After throwing in a few options to our most expensive American cars list, the Model S P100D from Tesla can rack up to $140,000. Running through the accessories menu will see the Chevrolet Corvette Z06 hit $100,000. Also, the new GT might be doing $400,000 and above. To cut the story short, the three lovable specimens will cost you a fortune, but that’s all irrelevant when you compare their prices to the most desired American cars. 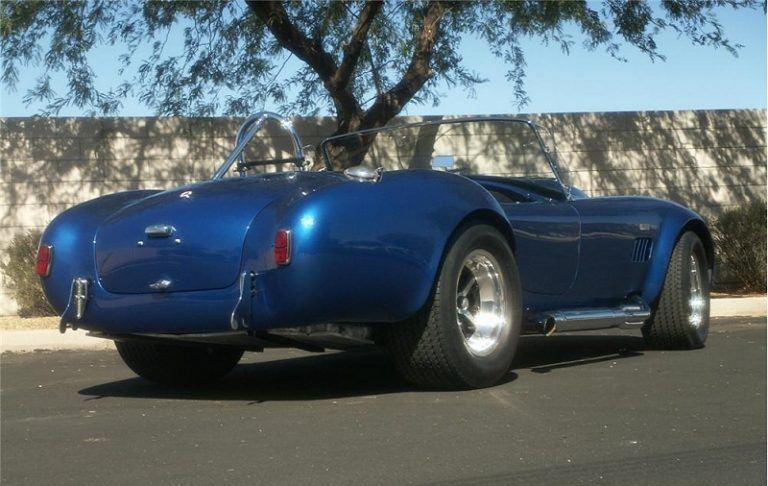 Counting from 2004, the best 12 had a $4 million minimum price tag which only continued to go upwards. When going through the legendary cars’ list, American symbolism of automotive capability, 1930 super-luxury vehicles, and also the Batmobile original, the worth of these American classics makes more sense. In the list of the most pricey cars ever auctioned is the Ferrari, but what is the current state of American cars?

Thanks to Autoblog, we can now have a glance at some of the most expensive auctioned American cars with our latest champion being added on to the list. Our list starts from the pricey to the priciest of them all. Many thanks go to the auctioneers for providing the background details on their stunning garages. 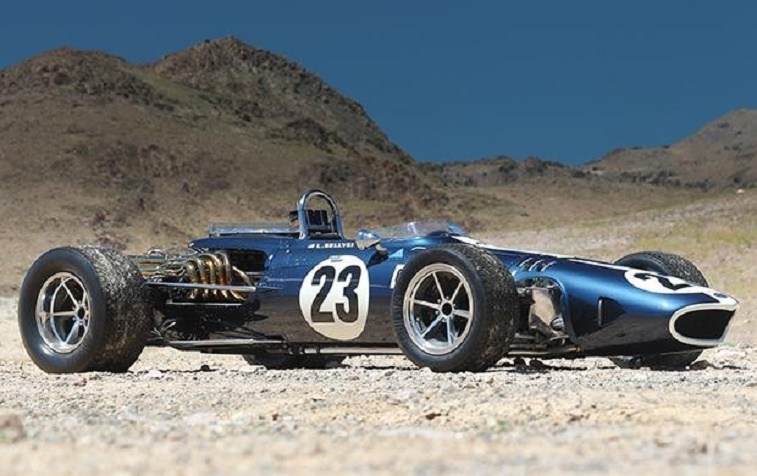 One of the only four to be built and the seven-time winner of world champion races, the AAR Gurney meant the whole world to a bidder who saw fit to part with $3.74 million in 2013. It is considered to be the most ravishing Formula 1 machine by many, and we have no doubt about that. It features a V12 engine and 4-wheel hydraulic disc brakes. 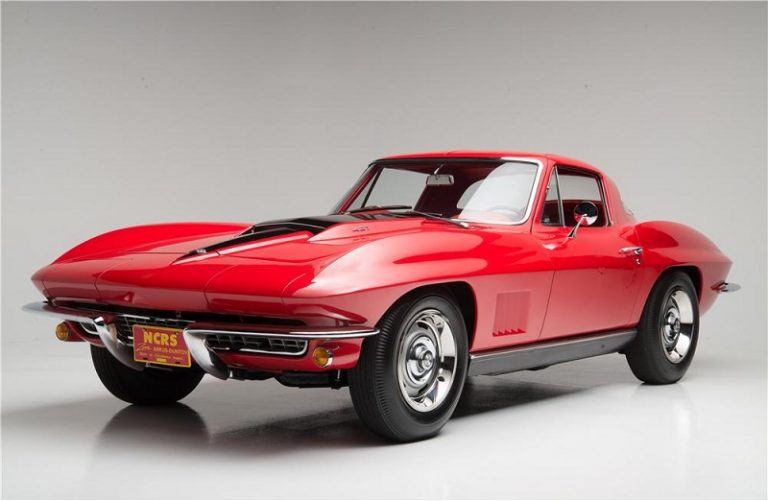 The ’67 Chevrolet Corvette L88 only saw 20 models come to fruition with only one of them wearing the red paint. The Barrett-Jackson witnessed the sale of this model at $3.85 million (inclusive of buyer’s commission) back in 2014. Stated to only have 430 horsepower by GM, dyno-testing by Barrett-Jackson saw some L88 models do 560 in horsepower. Built to race, purists would be best fit for this car. The package didn’t offer a heater nor a radio. 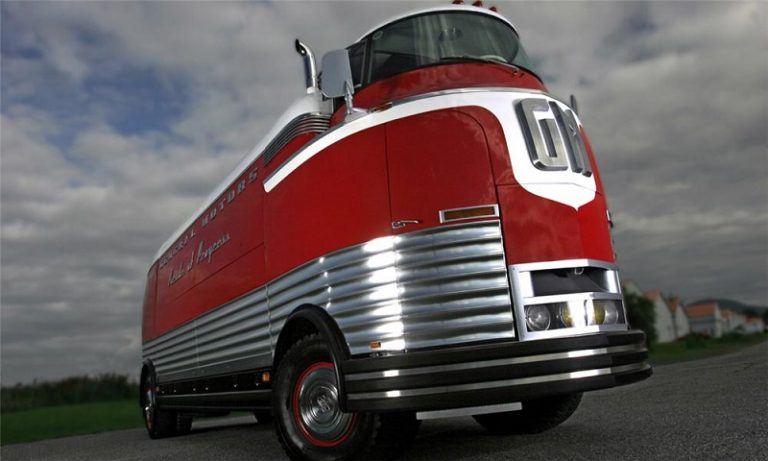 GM’s Futurliner buses were a success for the company’s road shows going back from 1940 to 1956. If we’re to go with Barrett-Jackson’s thoughts, from the 12 models that got built, this 1950 design comes in as one of the three Futurliners restored to its original glory (Parade of Progress settings). It went up for grabs at $4.4 million which included the buyer’s commission. 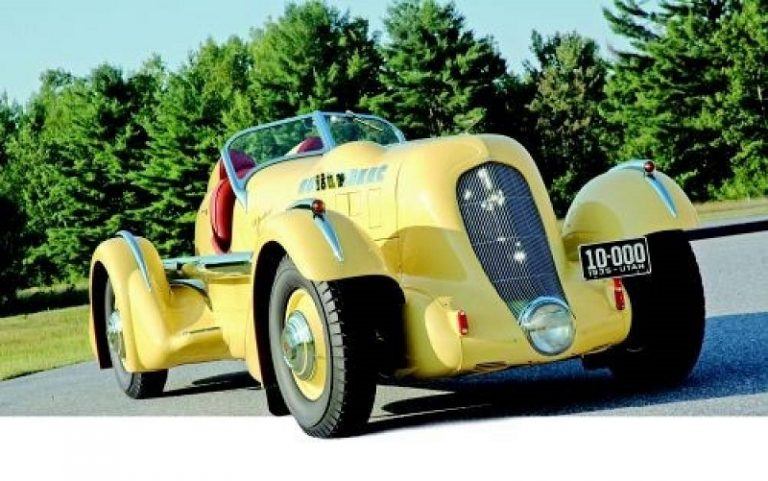 In the movie The Great Gatsby Leonardo DiCaprio boasts of his gracious ride, the 1929 Duesenberg. The automaker came up with magnificent hand-built creations for the notorious barons on the Gatsby and was also the first US winner to scoop the 1921 French Grand Prix title. Duesenberg’s elite cachet and performance mojo make its rides take top spots on every list of America’s priciest cars. 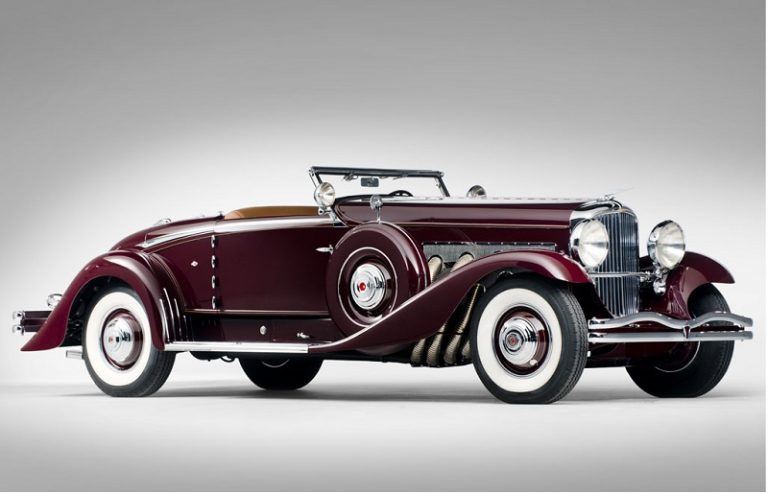 In relations to the Gatsby line, this 1935 SJ Coupe was one of the three to be created as well as the only one to feature the supercharged configuration. Steve Babinsky from Automotive Restorations gave this beauty a second chance by getting it back to form which happened prior to its $4.51 million sale in 2013. William Lyon is said to be the original owner of the vehicle according to RM Auctions. 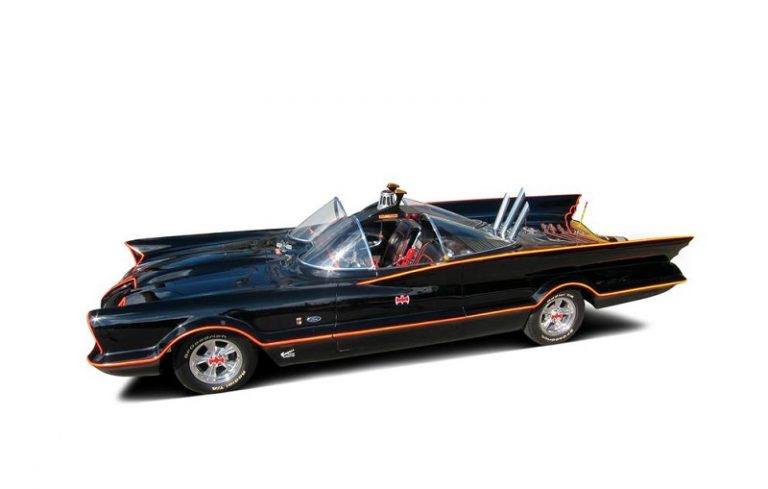 George Barris purchased the ’55 Lincoln Futura design for $1 adding it to his list of treasured collections; this is according to Baltimore Lore records. The Batman series producers gave Barris a 15-day deadline and $15,000 for the Futura to get transformed to a Batmobile. When Barrett-Jackson Scottsdale Auctions featured the 66’ Batmobile 1 in its listings in 2013, this marked the car’s first time being on sale.  It sold for $4.62 million. 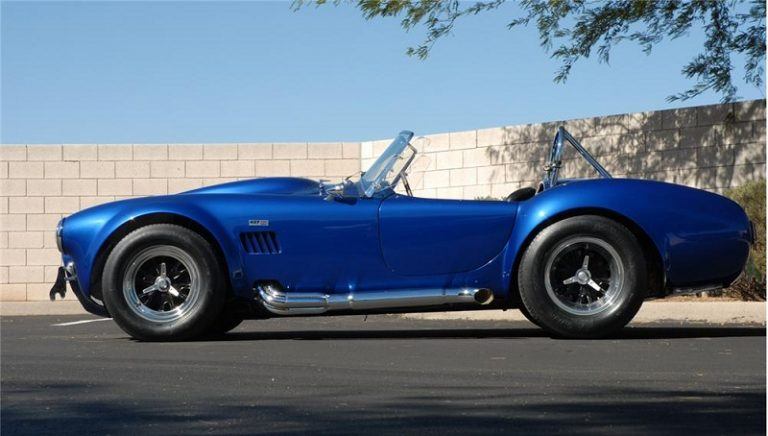 Also referred to as the “Super Snake,” the 1966 Shelby Cobra was branded a semi-competition following some renderings and is among the 23 originals to ever come to life with only two of them getting the Super Snake Cobra touch. With a label of CSX 3015, this model was the only survivor. This car has a special feel to it. In fact, so special that it commanded $5.5 million at the 2007 Barrett-Jackson Auction. 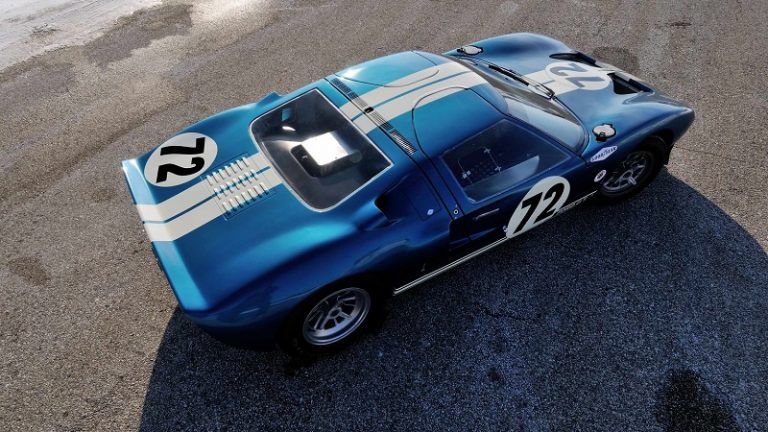 With a mission to give the fastest machines on Earth a run for their money, Henry Ford II unleashed hell. This marked the beginning of Carroll Shelby experiments, but the weight problems brought forth a need to produce cars with lighter bodies. The GT/104 (GT40) was number four on the list of the vehicles that the production geniuses came up with which featured a lighter hood. It was graced with the Cobra treatment of a 289 CL engine which saw it achieve the third spot in 1965 Daytona, making it an early success for Ford Racing. The Mecum Auctions held in 2014 saw this machine sell for $7 million. 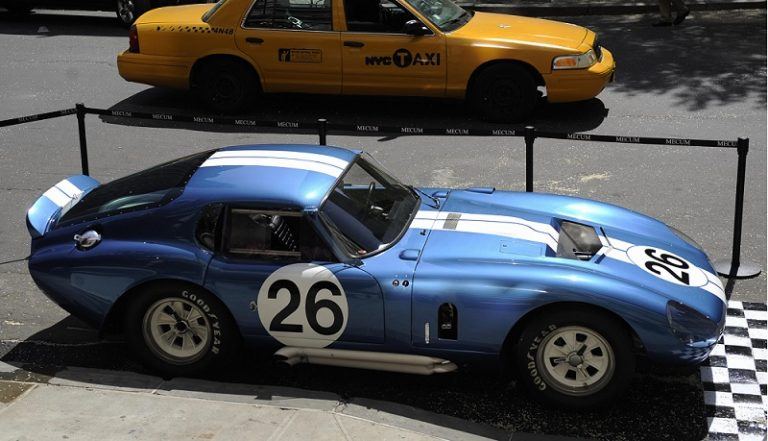 If you’re beginning to see this as more of a Shelby and Duesenberg dominated list, you’re right. The two non-jokers are casting a dark cloud over the auto industry when it comes to performance. Coming in the fourth position of America’s priciest machines, the Shelby Daytona Cobra Coupe (CSX 260) saw a bidder part with $7.25 million to get it at the 2009 Pebble Beach Concours d’Elegance. This car set the Ferrari lagging behind during the 1965 World Manufacturer Championship, which was viewed to be a top rated racing moment for any ride. 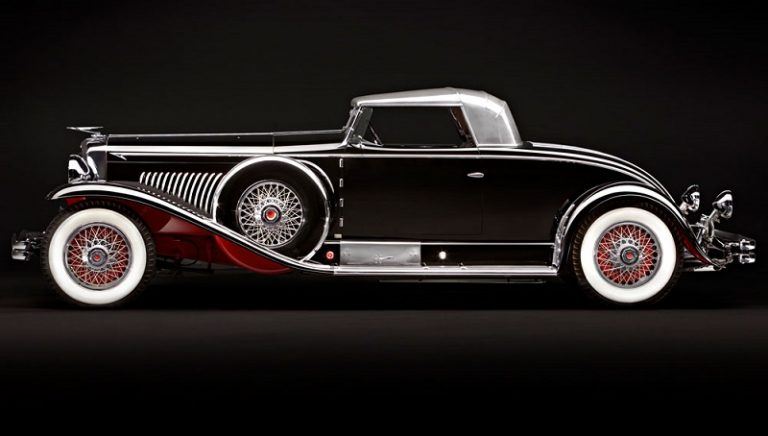 The long-wheelbase version of the Duesenberg Model J Coupe featuring the ultra-opulent look was something to marvel about in 2011. Gooding & Company described this 1931 bespoke creation from Frank Hershey as America’s most elegant automobile. We couldn’t describe it any better. The bidders couldn’t agree more, seeing it go for $10.34 million, making it the most expensive car to be sold in America during that period. 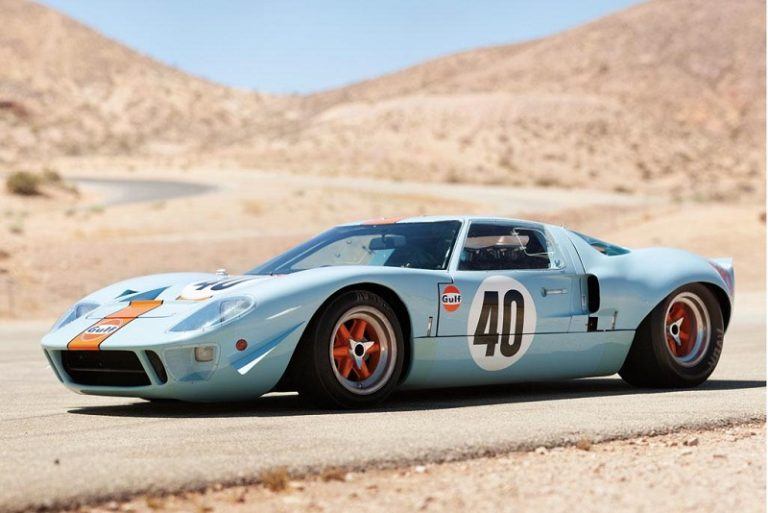 It was just a matter of time before a racing car from Ford got back to its rightful place as one of the priciest cars to scour the American tarmacs. This lightweight racer topped the charts at Spa during its launch in May 1967 after which it got rendered to get in line with the 1968 regulations and took back its medal back in 2013 from Duesenberg. Being the first from the three models to ever hit the road, this Mirage did incredible things on the racetrack.

All the praises aside, its Hollywood relations gave it the fame it now enjoys. The car featured in Steve McQueen’s movie – Le Mans in 1971 as the camera car. However, something very special is needed to come close to being the most expensive American car. Its Gulf decals quality saw it fetch a whopping $11 million at the RM Auctions. 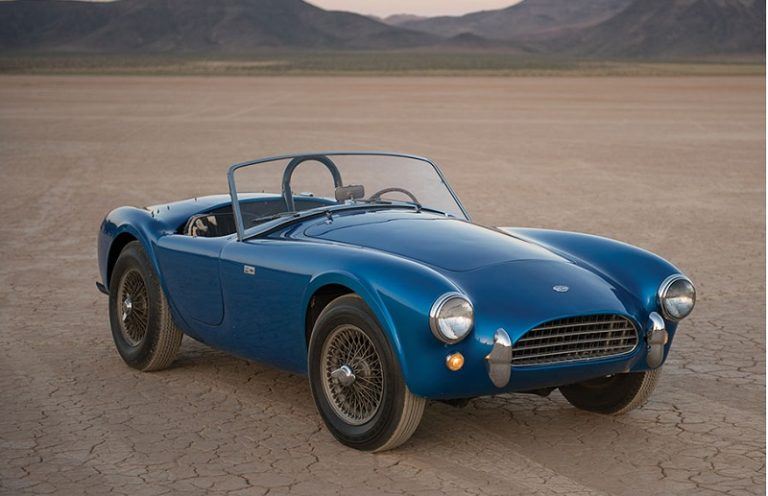 Having this Shelby Cobra outside the winner’s table is next to impossible. The 1962 Cobra CSX 2000 (First creation from Carroll Shelby) was a great start for the automobile creation as well as the racing world. Sotheby’s made a comparison of the Shelby to Edison, Henry Ford and the Wright Brothers for their 20th-century impact and we’re sure no enthusiasts would raise a finger to that. At the end of the bidding game, the winner paid $13.75 million for it which puts it at the top of our list for most expensive american cars of all time.