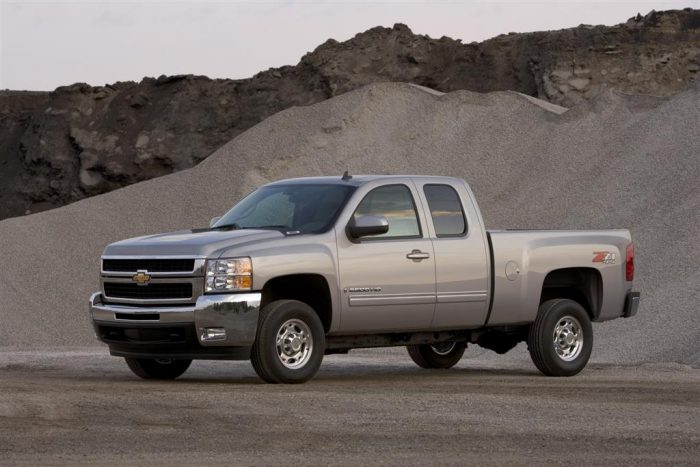 Car buyers have a lot to consider. After budget, there is a long list of style, comfort, safety and reliability concerns. The first three to four years of a vehicle’s existence give testing agencies the data they need to determine a lot about it. While most people tend to use that to determine the value, and whether it’s worth purchasing first, the data can also tell a lot about actual safety. In this case, if it’s one of the deadliest cars on the road.

Safety issues should always be a top priority, especially if you’re getting a car for your family. Every four years the Insurance Institute for Highway Safety reveals the cars that have led to the most driver deaths in America. Even though cars are getting safer each year, improving the safety of an in-production model is difficult. When you go car hunting, it’s important to know which vehicles are the most lethal choices on the lot.

The IIHS’s numbers are based on the deaths of drivers per million cars registered. The total doesn’t include any passenger deaths. The Organization conducted the study from 2006 to 2012. In their study, they collected data on high-volume vehicles built after 2005. These are the top 25 deadliest cars on American roads. 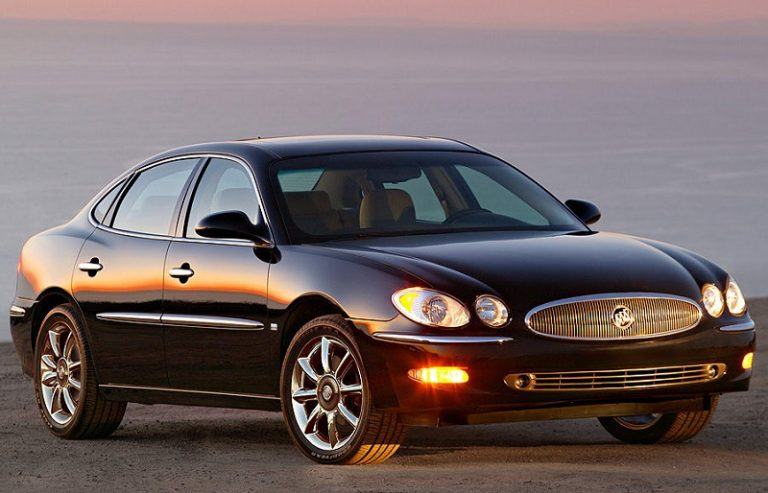 For the last decade the Buick LaCrosse was a car most shoppers would have loved to own. However, its safety milestones reveal a terrifying picture. The study indicates that the number of drivers behind the wheel of a LaCrosse who met their deaths was 76 per 1 million registrations. Among the large premium cars, these statistics were as horrible as they could get. Fatal accidents were almost equally divided between single-vehicle wrecks and multi-car crashes. 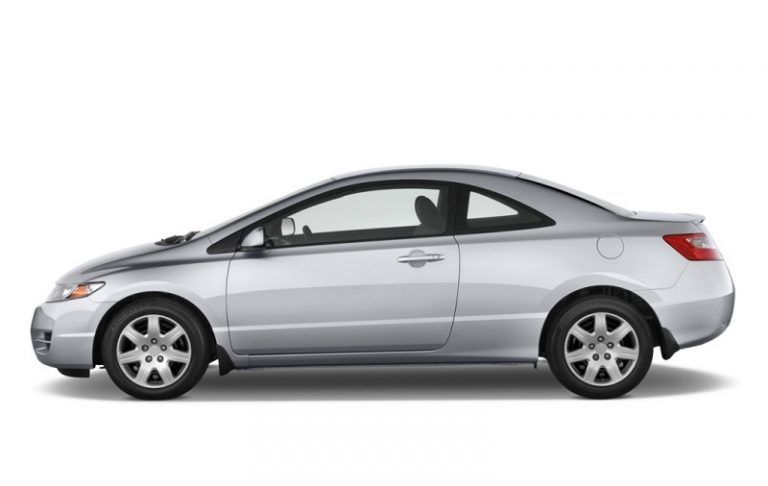 The Honda Civic, which is one of the most popular cars for the brand, recorded the worst driver death statistics in its category. It totaled up 76 driver deaths per 1 million registrations. Multi-vehicle crashes took over half of this number (46), while single-car accidents accounted for 29 deaths. But, after its redesign in 2013 the Civic has attracted multiple Top Safety Pick Awards from the IIHS. 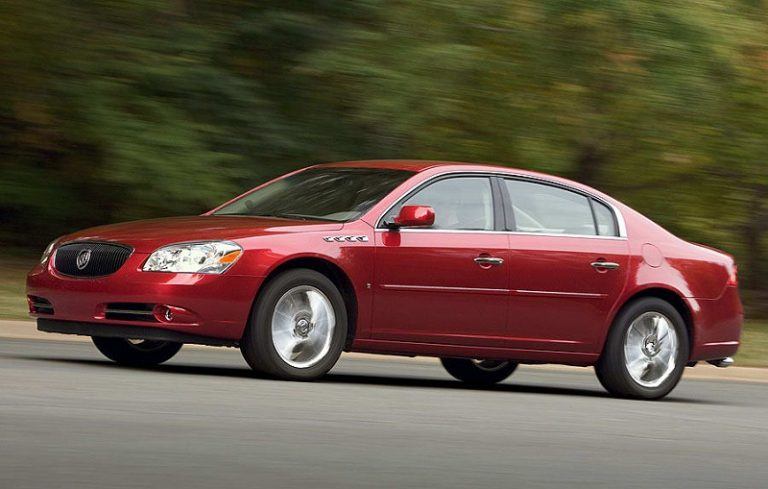 In the deadly list of pickup trucks and small cars, Buick’s big vehicles are some of the most dangerous around. If we’re doing a comparison with the LaCrosse, the bulky Lucerne claimed more (77) drivers per million registrations from 2006 to 2009. The crash data indicated that while it was safer in single-car crashes, most fatalities were multi-car. Some of the weak points of the Lucerne revealed in crash tests were the seat safety and head restraints. 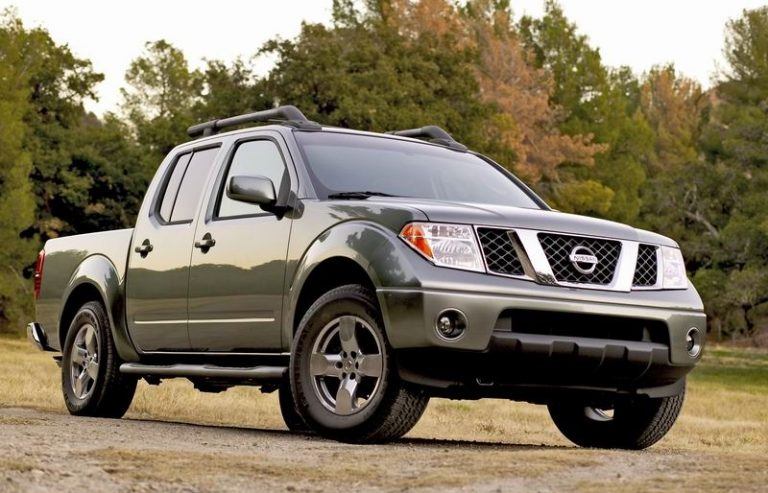 Although SUVs are making large strides in safety, pickup trucks are having a hard time catching up. The 2005 to 2008 Nissan Frontier designs are examples of the class’ shortcomings in the second-hand car market. According to the study, the Frontier driver death rate reached 77 per 1 million registrations. The majority of the deaths were single-car crashes. Unsurprisingly, the Frontiers also received poor ratings when it came to driver protection. 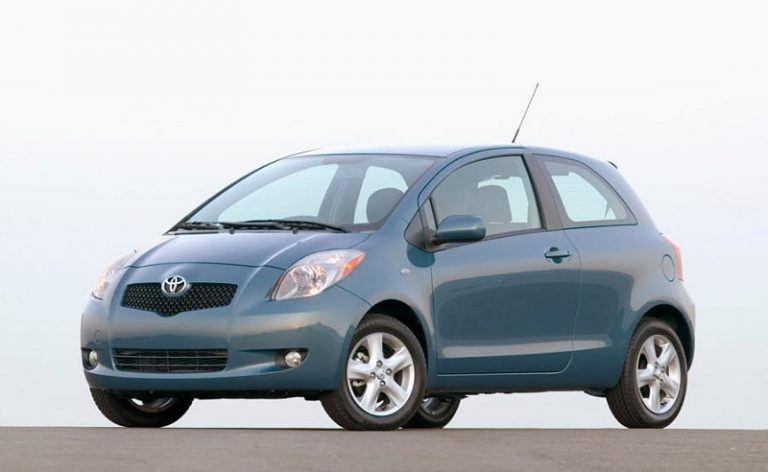 A single glance at the Toyota Yaris is enough to let you know the tragedy that awaits a driver in a collision. Fittingly, the 2005 to 2008 models took the lives of 79 drivers per 1 million registrations. 60% of the fatalities happened in multiple vehicle accidents. This was the era where side airbags were an option for the Yaris. 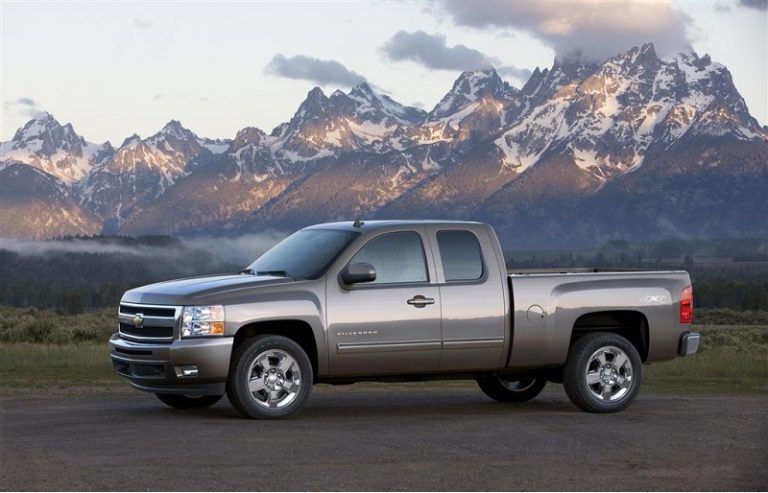 The Chevrolet Silverado pickups (late-model) are well-represented on the roads of America. But they also rack up some high numbers when it comes to driver deaths. The four-wheel drive Silverado 1500 Crew Cab models had 79 driver deaths per 1 million registrations according to 2015 IIHS’s study. These deaths are almost split in half between multi-vehicle crashes and single-vehicle accidents. In crash tests, the 2009 Silverado was rated very poorly. 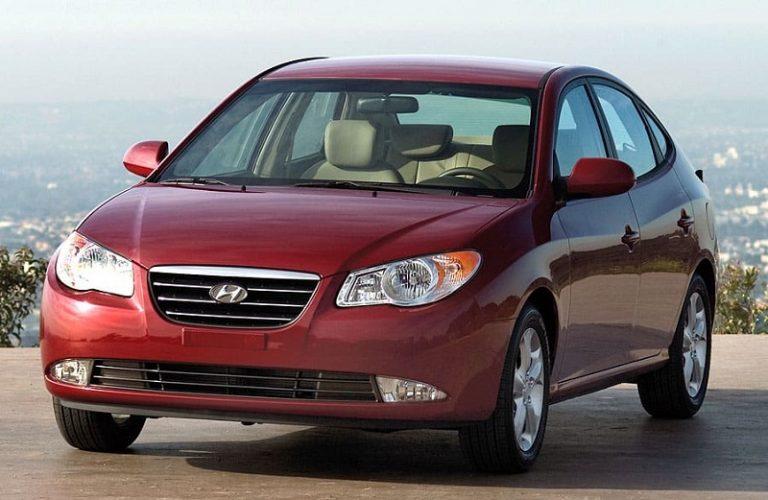 If you’re looking for a vehicle that went from the worst to exceptional in car crash tests, look no further than the Hyundai Elantra. In their endeavors, IIHS unearthed that the 2005 to 2008 models were some of the deadliest offerings on the American market. In 2011 Elantras claimed 80 lives per 1 million registrations. However, in IIHS’s 2015 reports, the Elantra had found its way out of the list. Nowadays, the modern Elantra is branded as a Top Safety Pick. Used car buyers should steer clear of the last decade models. 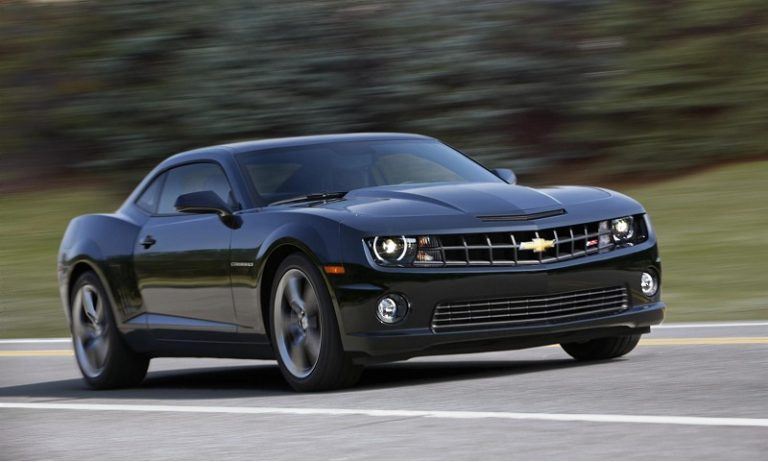 The Camaro is the only tough car that found its way into the list. To take its place, it claimed 80 drivers per 1 million registrations. The IIHS’s findings indicated that three-quarters of the deaths came as a result of single-car accidents. The stats revealed that Camaro drivers were less than vigilant while on the road. Either way, neither the Ford Mustang nor the Dodge Challenger made it to the list of deadliest machines going back to 2005. 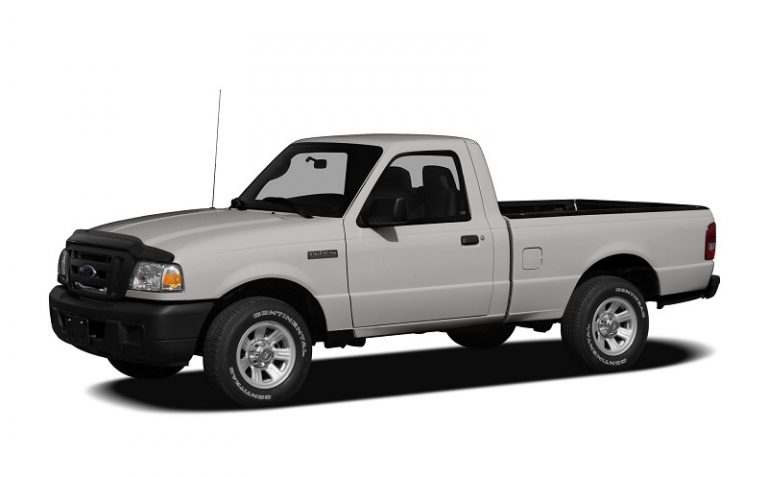 Ford is planning to make a comeback for the Ranger in the US market before the decade concludes. Our hope is that the latest model will show improvements. The driver protection ratings for 2005 to 2008 models were poor and the numbers prove it. 81 drivers per million died on the road with 60% of the deaths arising from multi-vehicle crashes. 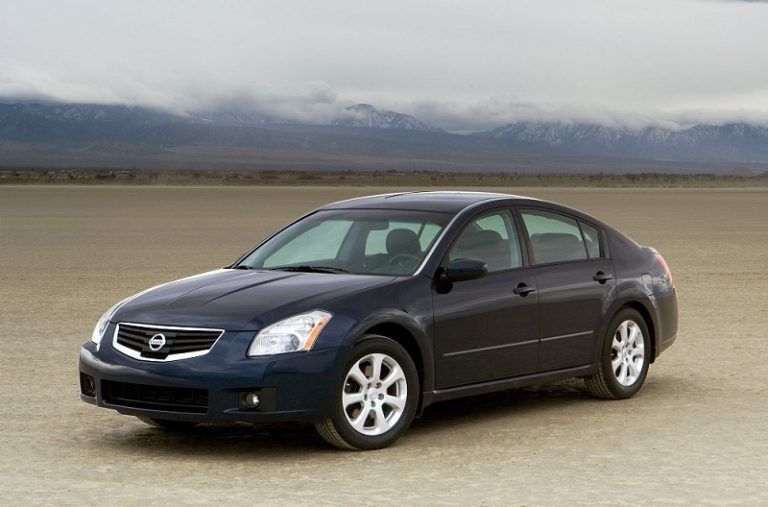 The Nissan Maxima is one of the models that did well over the years. During the last decade the Maxima only offered “marginal” driver protection in crashes. Going from 2006 to 2009 models, 81 driver deaths per 1 million registrations happened in America. But, if the 2016 Maxima performance is anything to go by, they are currently some of the safest models to cruise around. 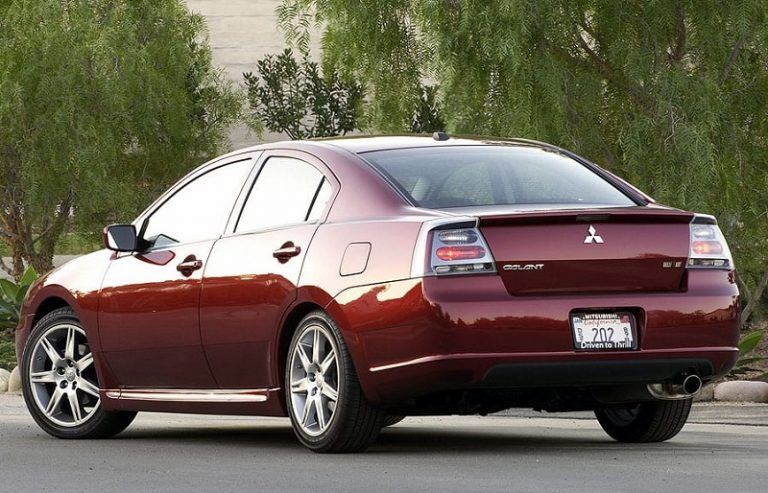 By 2012, the Mitsubishi Galant was hard to find on a dealership lot. Before that, the Galant had posted horrific crash test ratings. 82 per million Galant drivers lost their lives leading up to 2009. Two-thirds of these fatalities were single-vehicle crashes. The bottom line: Leave pre-2009 Galants alone. 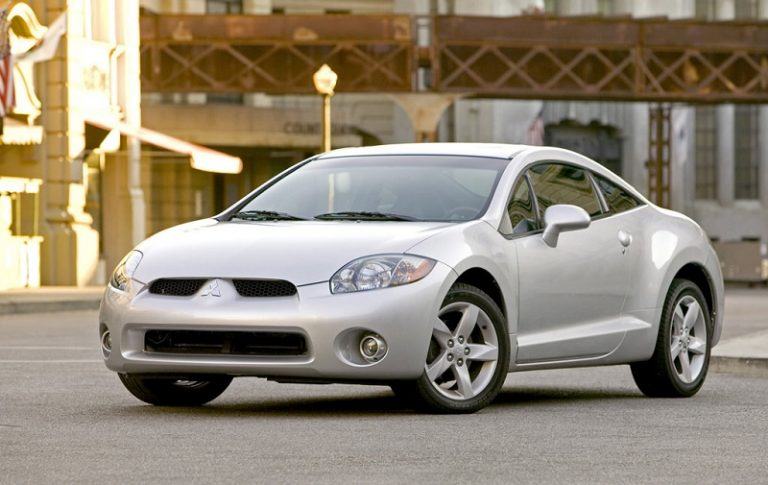 The Mitsubishi Eclipse’s production run ended in 2012, but you will still find these sporty cars on American roads. IIHS’s final generation car crash tests indicated that the driver’s head area was especially vulnerable. Later, the crash statistics reported 82 deaths per 1 million vehicles in America. Single-car accidents resulted in two-thirds of the deaths. 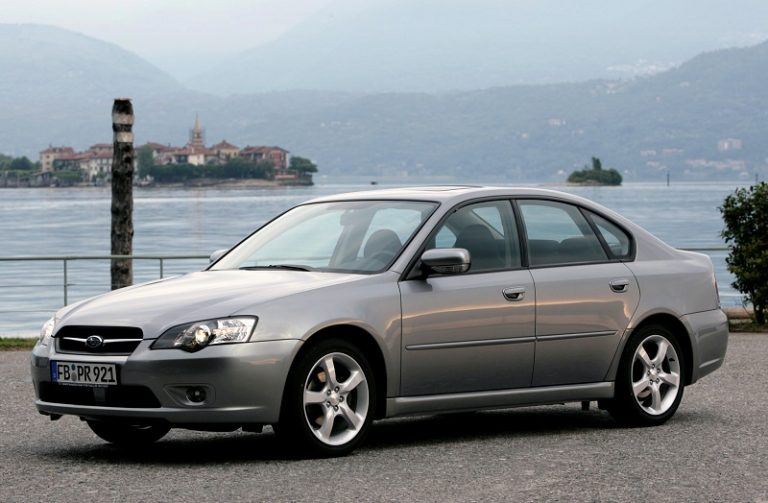 These days it’s next to impossible to come across a Subaru Legacy that doesn’t maintain the top safety ratings from both the NHTSA and the IIHS. But that was not always the case in the early 21st century. That was particularly true in the first decade as the 2005 Subaru Legacy model failed to reach the required marks for safety rankings. According to IIHS’ findings, that model offered “marginal” driver protection in crash tests. Data gathered after 2009 showed the Legacy to be one of the most deadly vehicles of that decade. It lead 83 drivers per million to their deaths. But from 2006 models onwards, the Legacy is ranked higher with the IIHS for safety. That includes the run through 2017. 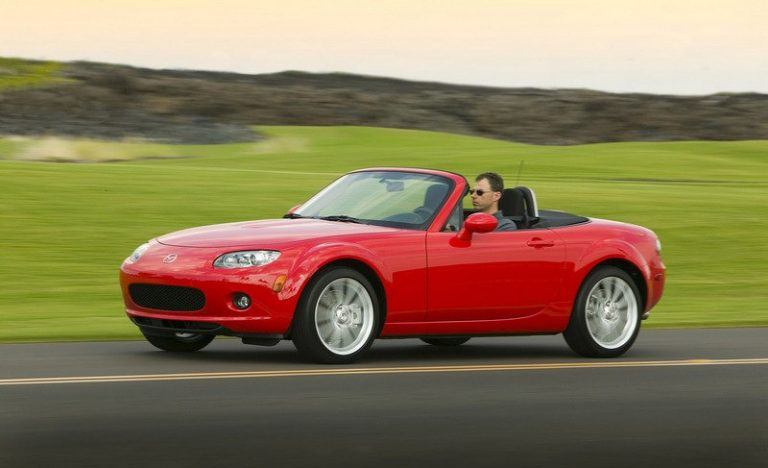 You might think that a sporty, light, and small, vehicle like the Mazda MX-5 would be at the top of the list of dangerous vehicles on the road. But there isn’t enough data to prove it. No tests have been conducted by the NHTSA regulators on the model in any year from 2011. The same goes for IIHS data. Even so, studies done in 2009 concluded that the Miata was one of the deadliest cars on the roads. It took up the 14th spot at that time. Miata driver deaths totaled 83 per million vehicles. Multi-vehicle crashes taking 75% of the deaths. 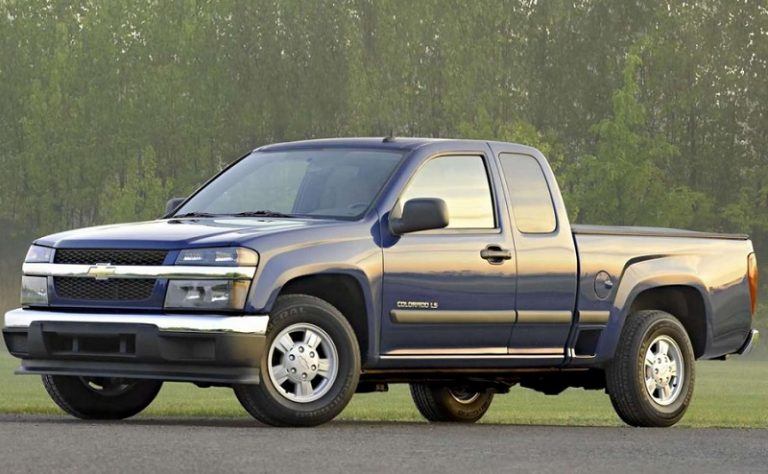 While most of the driver fatalities came from smaller cars, the Chevy Colorado pickup (GM’s late-model) proved to be just as deadly. The two-wheel drive Colorado registered 93 driver deaths per 1 million vehicles between 2006 and 2009. 54 deaths resulted from standalone crashes. 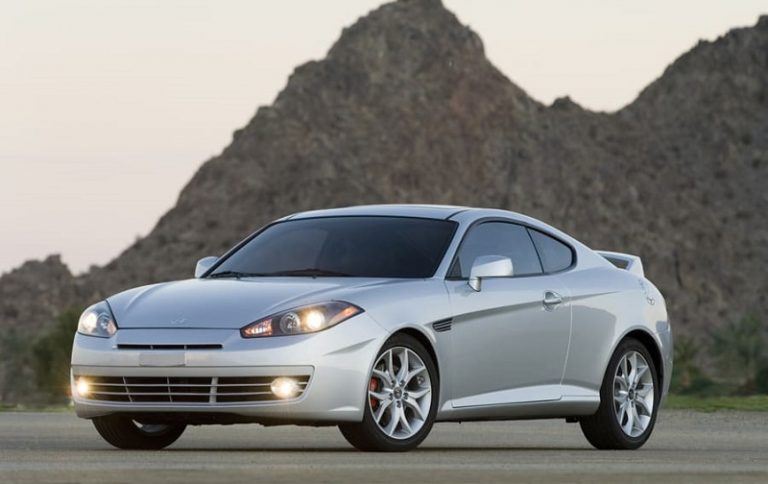 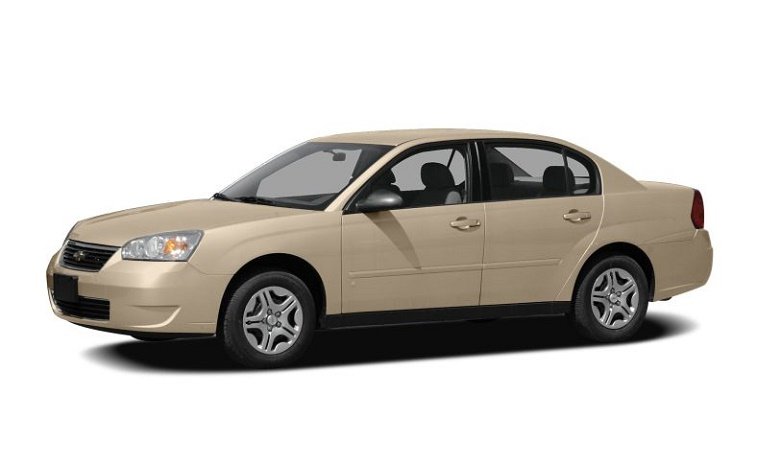 In style and performance benchmarks, the 2005 to 2008 Chevy Malibu and Chevy Malibu Classic models weren’t amazing. The models were best in rental fleets. The IIHS reports that this might have been as a result of the death rates the model recorded. Those deaths totaled up to 99 driver deaths per 1 million registrations. Out of them, 67 fatalities per 1 million registrations came from multiple-car crashes. Also, the poor crash tests for the Malibu Classic didn’t help at all. 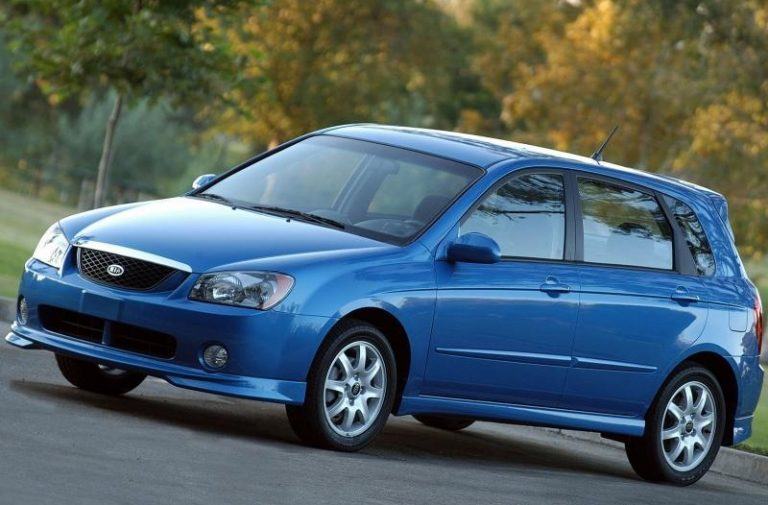 The 2005 to 2008 Kia Spectra Wagon models were horrifying vehicles, to say the least. When the IIHS did tests on it in 2004, it landed the worst scores compared to any of the cars that IIHS had tested in years. On the road, it was a beast in claiming lives. It racked up 102 driver deaths per 1 million registrations. Most of these deaths (63 per million) happened in multiple-vehicle crashes. No matter the “deal” you’re offered, run for the hills if it’s for a Kia Spectra Wagon. 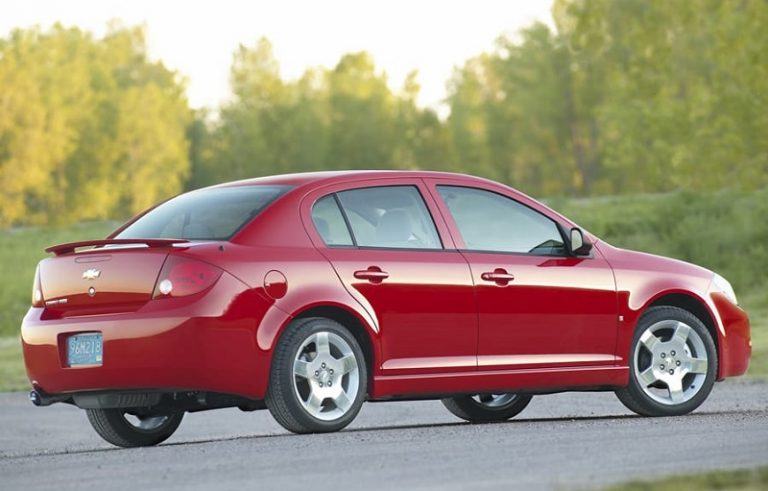 Way before GM’s ignition switch scandal, the Chevrolet Cobalt had already earned a spot in the list of the most dangerous cars around. The 2005 to 2008 four-door sedans had a death rate of 117 per 1 million vehicles. Following the Malibu’s fate, Cobalt found its way into rental fleets. Most of these deaths were loaner deaths. Only the 2010 Cobalt models hold favorable crash ratings. 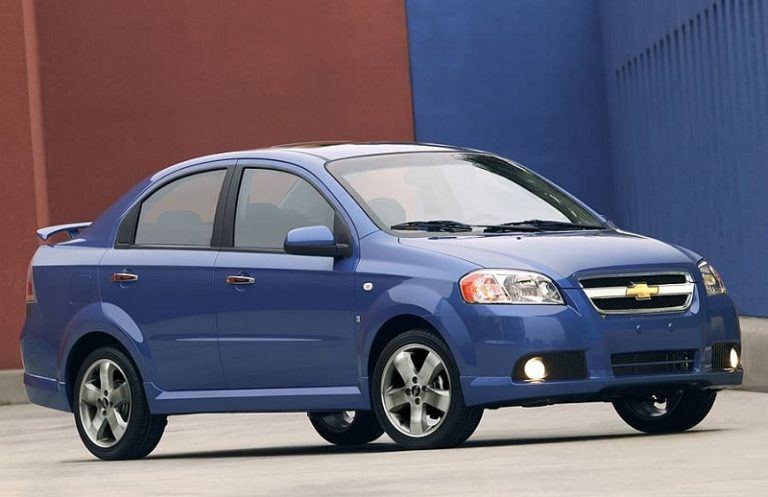 If by now the pattern is still blurry to you, let’s be blunt: Cars from the GM’s pre-recession era were road hazards. Two studies conducted by IIHS in 2005 marked two vehicles as the most dangerous in that era – the Chevrolet Aveo was one of them. After the deaths of 119 drivers per 1 million registrations in the 2011 study, the Aveo continued with 99 drivers per 1 million vehicles in 2015. Within that period, multiple-car wrecks were the most fatal. 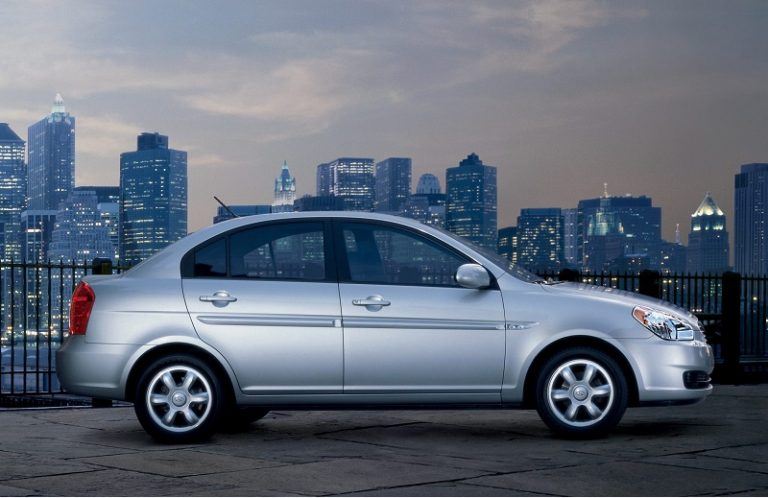 Even if your reputation isn’t already on the line for driving the Hyundai Accent you can be sure your life is. Both the four-door (120 driver deaths) and two-door sedans (86 driver deaths) were lethal between 2009 and 2012. The deaths were distributed equally between multiple-vehicle crashes and single-vehicle crashes. The pathetic crash-test ratings proved that both models were dangerous to drive. 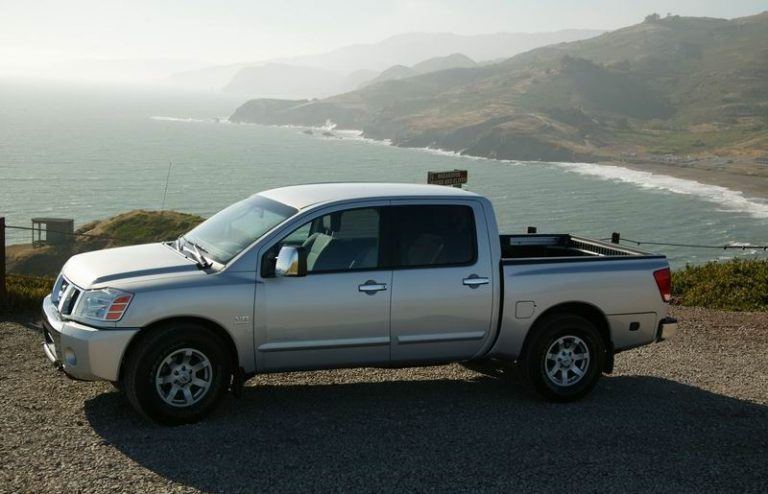 2006 to 2009 Nissan Titans are still considered one of the most dangerous cars on American roads. Side airbags were optional, but crash test results showed they weren’t effective at protecting the driver. This two-wheel drive claimed 126 drivers per 1 million vehicles throughout the four-year analysis. Single-vehicle deaths took the biggest part of 94 deaths. The Titan’s rollover deaths totaled up to 81, making it the highest number recorded in that era. 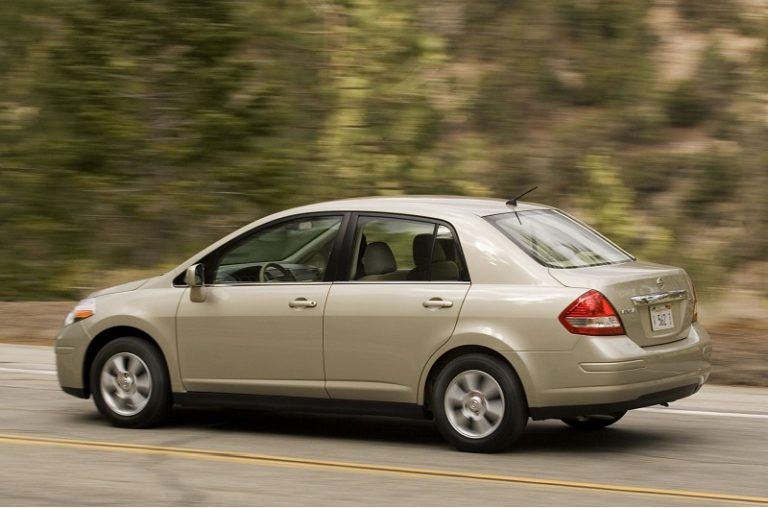 Between 2011 and 2015, IIHS studies saw the Nissan Versa leap seven places toward the top. The Versa claimed 130 driver deaths per 1 million registrations. 87 of the deaths were from single-car wrecks making it the highest ever in the recent tallies. Rollover crashes totaled up to 51 which involved no other cars. 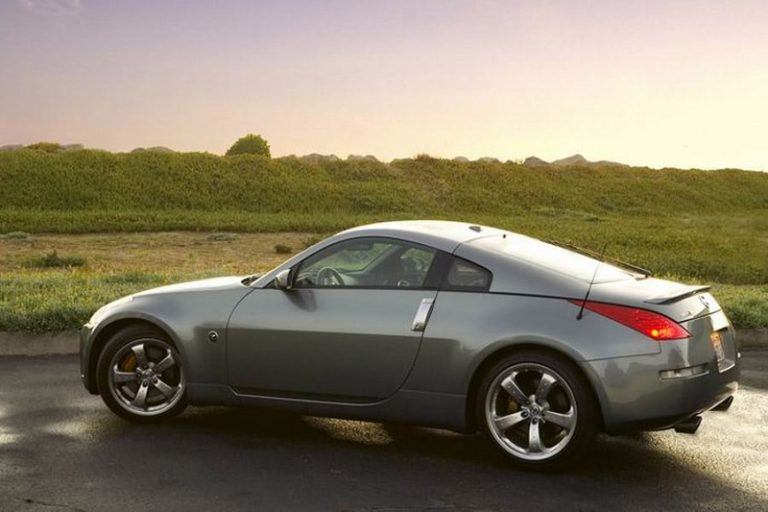 During the period from 2006 to 2009, the Nissan 350Z topped the charts when it came to driver deaths. IIHS’s reports showed that the sporty car claimed 143 lives, with single vehicle wrecks accounting for 90 of them. Being so close to the ground, the Nissan 350Z was a recipe for rollovers. And given its speed performance on the tracks, the sports car didn’t have safety as its priority during production. This car is a no-go. 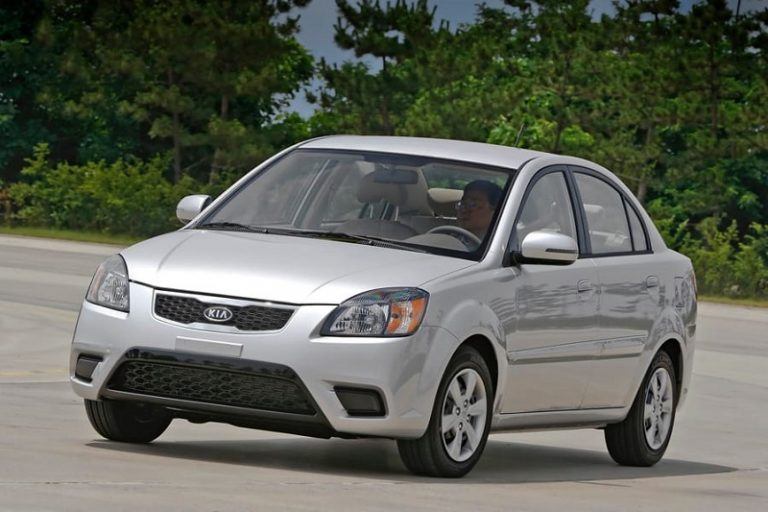 This is the rental car that refuses to die. It has been considered the deadliest vehicle on American roads for the most part of the 21st century. After taking an 11th spot in the 2011 study, the Rio shot up to the first place when IIHS did its study again in 2015. This high leap is attributed to the 149 driver deaths per 1 million registrations. Multiple-car wrecks totaled to 96 from the figure.