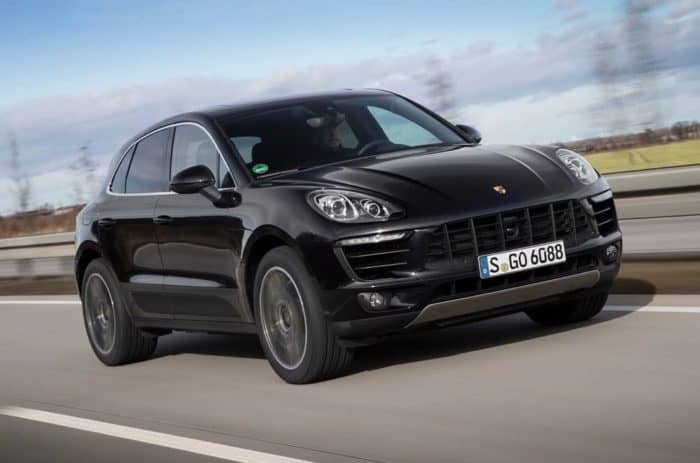 We love speed. So much that even our kids play games like Need for Speed. Some of us keep this need for fast driving hidden like a secret, but others are quite open about it. They simply love driving fast. Hardly a day goes by without hearing about a car that has been redesigned to go faster than before. Some of our neighborhoods are always filled with sounds of revving machines as if everyone is working on their cars day and night. It is the pursuit for speed and more of it.

Fortunately, we have a good number of companies helping us quench our thirst for fast cars. These are companies renowned for making the best and fastest cars worldwide. The biggest downside is that fast cars come at such a high cost that not everybody can afford to have one. Many of us are left to suffer the envy of seeing our neighbors zoom past in cheaper but noisier upgrades.

For the lucky few who can afford these fast drives, there is an endless range of options to choose from in the auto market. The following list has cars that you can get for around $52,000, some with upgrades costing more than you would pay for an average Chevy or Ford. This is a list of the top ten fastest SUVs you can either own or simply dream about. 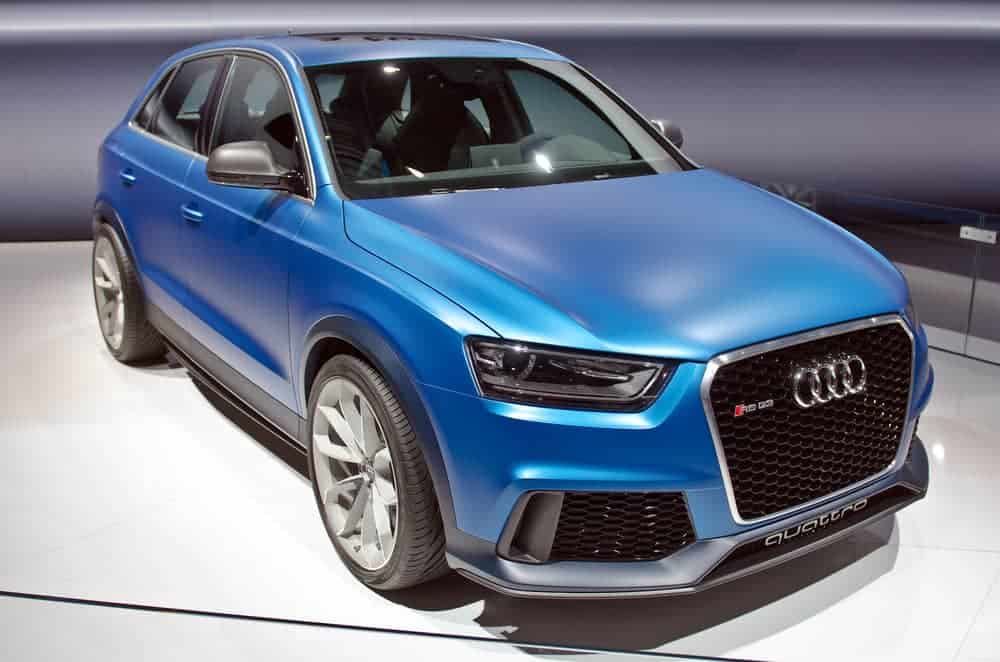 The Audi RS Q3 was launched in the European market in 2013. Car lovers from all over the world were amazed by the sheer power and beauty this car presented. American fans have waited for the car to hit our shores for three years, but reports indicate that this may never happen. So, if you really need to see it live, you may have to hop over to Europe and probably bring one home too, if possible.

The RS Q3 has a turbo charged 5-cylinder 2.5-liter engine capable of making the swift ride go from zero to 62 mph in 4.8 seconds. It is a powerful car with a top speed of 155 mph. It is lightweight, well balanced, and features the best of Audi Quattro all-wheel-drive power transmission system. Its interior is quite impressive too. The seats are all leather. Its front LED headlights ensure safe and fast driving even in the dark.

The car has a price tag of approximately 46,000 Euros. If you are thinking of making that European trip to grab one, just make sure to carry along a little bit over $52,000 for the car. 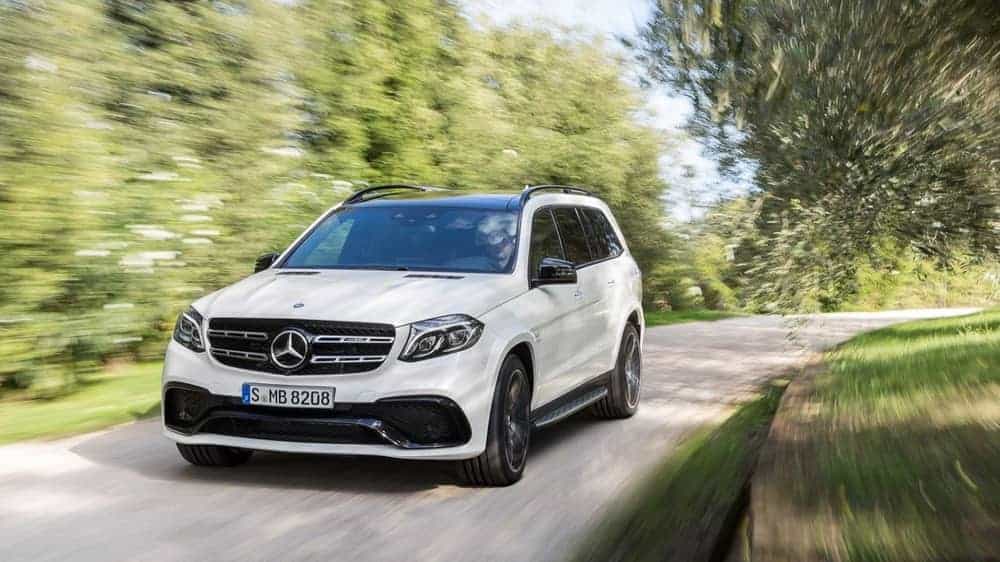 The Mercedes AMG GLS63 is a classic luxury car. It has one of the best aerodynamic designs and wide wheel arches that give it a mean broader look. Its twin-turbo V8 5.5 liter engine has an output of 580 horsepower. It has an all-wheel drive system that gives you fast speeds and better handling as you cruise both city and country roads.

The car’s interior is quite luxurious too. It features three rows of seats that can comfortably accommodate six people. Other useful options that come with the AMG GLS63 include blind spot assist, active lane keep, crosswind assist, collision prevent assist, active cruise control, and much more. It has one of the best safety standards in the market. You can add this beauty to your car stable for just about $125,000. 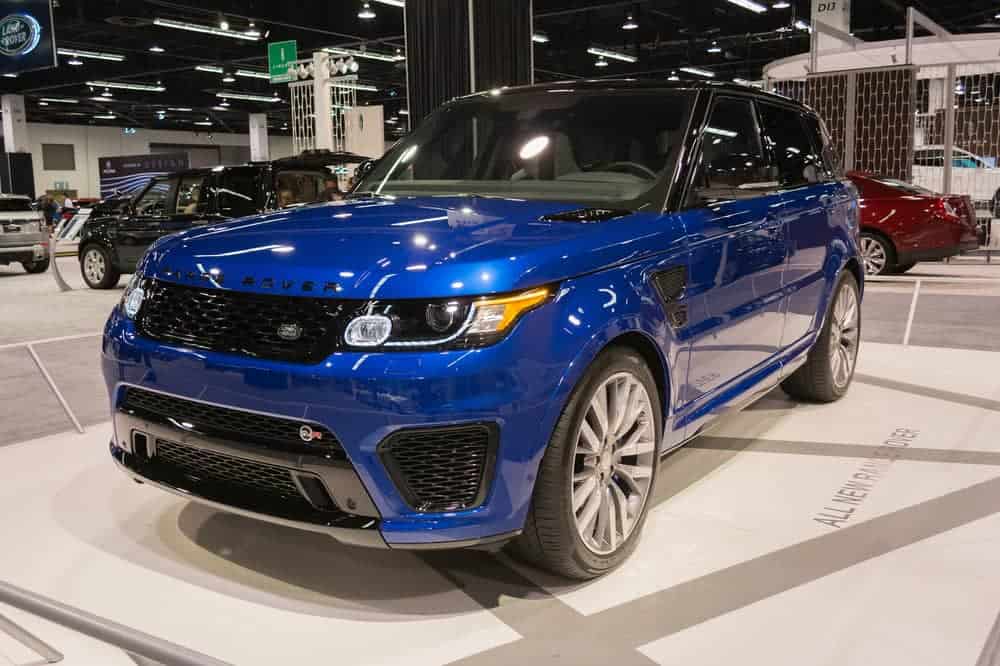 Range Rover is a household name when it comes to top-of-range SUVs. The Sport SVR is a fine example of Range Rover’s perfection. It is a powerful car with a supercharged all-aluminum 5.0 liter V8 engine that delivers 550 horsepower.

The engine is designed for top performance. It has cast iron cylinder liners guaranteed to give you nothing but reliably strong performance. It is no surprise that the Sport SVR was the first model to receive the Land Rover’s SRV badge.

The SVR is indeed a fast car but it’s not for you if gas mileage is your primary concern in a car. It is a fuel guzzler that does between 14 and 19 miles per gallon. However, if you can pay over $110,000 to own this car, then you definitely aren’t the kind of person to worry about gas prices. 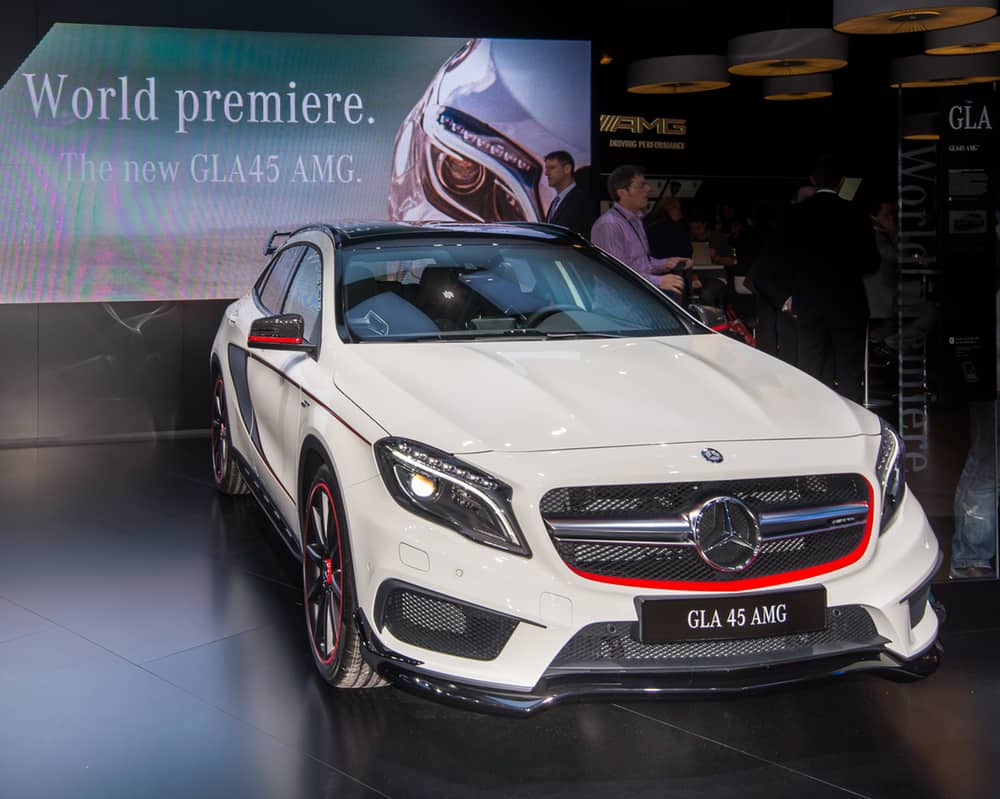 Here is another SUV beast you are likely to see cruising along your roads. It is a piece of mechanical art too. Its 2.0 liter 4-cylinder engine has an output of 375 horsepower that makes a strong, fast, and luxurious ride.

The all-wheel drive car has a seven speed AMG dual clutch transmission system that ensures you get the best power transmission for better performance. An exhaust bark and sticky wheels are standard in the AMG GLA45. Other optional features of this ride include a sports steering wheel and sporty seats among others. You can easily grab one whenever you have around $50,000 to spare. 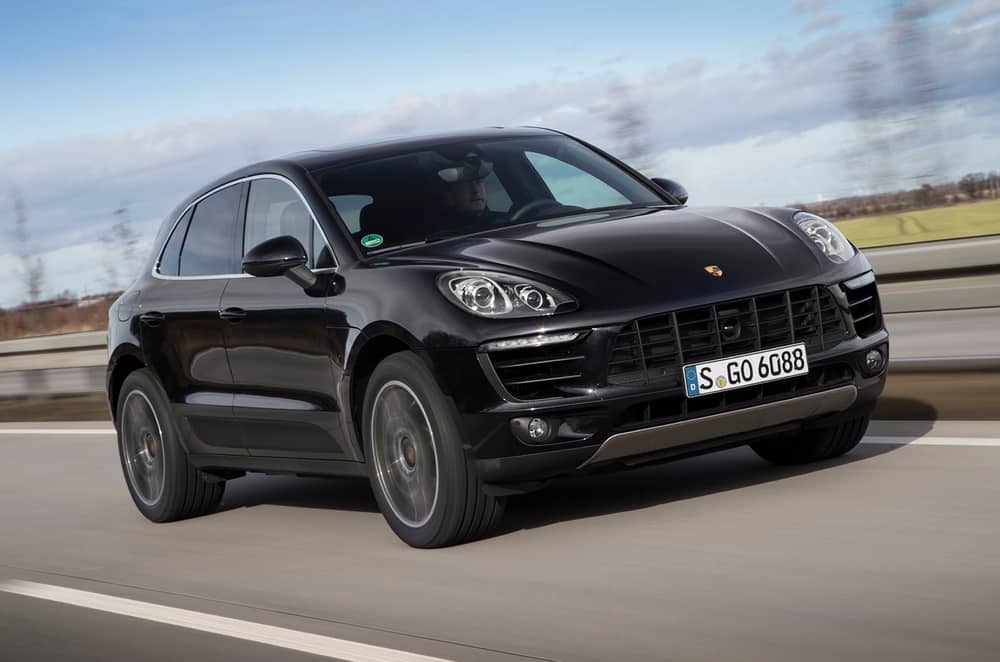 Who doesn’t know the name Porsche is synonymous with luxury cars? The Macan Turbo is no exception. It has often been ranked among the best Porsche models in car circles around the world. It is a spacious car that can comfortably carry 5 people and easily cruise at 164 mph any time you want to rush the family to grandma’s for her birthday party.

The Macan Turbo comes with a twin-turbo V6 engine capable of delivering 400 horsepower to get you wherever you want any time you feel like. Its all-wheel drive is reliably controlled by a 7 speed transmission system. If you hope to make it to grandma’s place on time for that birthday, then you had better keep this car well fueled at all times. It gives you between 17 and 23 miles per gallon. If grandma lives close enough you can still make it as this car really does travel fast. Keep in mind that owning the Macan Turbo will take you back $76,000. After all, it is a Porsche. 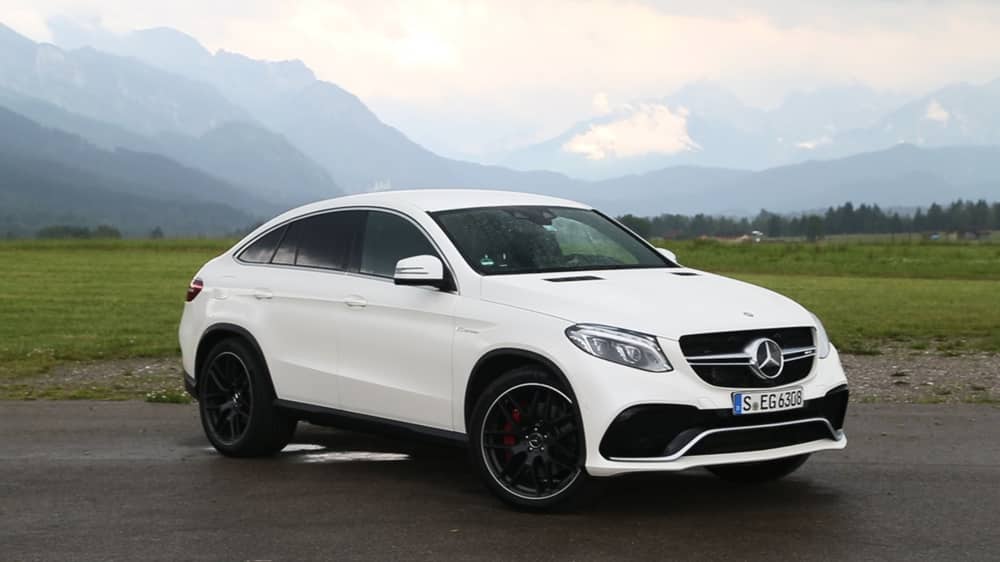 Similar to its sibling, the AMG GLS63, the Mercedes AMG GLE63/ Coupe is a powerful and luxurious ride. However, the Coupe is faster than its sibling and has a more aerodynamic design too. Both cars share many attributes nevertheless. The GLE63 Coupe features a twin turbo 5.5 liter V8 engine with an output of 577 horsepower. Like its twin, it has one of the best all-wheel drive systems you can get in a Mercedes complete with a seven speed automatic transmission.

Talking of speed, the car has been reported to hit 0-60 in 3.9 seconds although that record is still pending confirmation. Its official record is 0-60 mph in 4.2 seconds. What we are sure of however is the fact that the car has a nice looking steering wheel with mounted puddles to help you shift by yourself if that’s what makes your driving experience more enjoyable.

The Coupe does between 14 and 18 miles on the gallon, meaning it is not very kind to fuel. Nevertheless, fuel cost should not be a major concern if you can afford to part with $110,000 just to own one of these.

The German car maker is a well known name in production of high performance cars. Each new model that leaves their assembly line comes out with more improvements in design and performance. When they released their X5M and X6M, they really did hit the jackpot, at least in luxurious and high performance driving terms.

The two SUVs boast of unrivalled performance provided by turbo charged 4.4 liter direct injection V8 engines that can comfortably deliver 567 horsepower. The usual six speed transmission system was replaced with a new 8 speed system. The exhaust system also benefited from major improvements and so did the car’s cooling system. If you are the type of person who gets the thrills from top speeds of no less than 155 mph, then you had better start thinking of how you can add one of these BMW SUVs to your car stable.

The car features top-of-the-range braking system and a leather interior that costs around $3000. The interior ambience has not been left behind too. The car has an option for the very best Bang & Olufsen surround systems available for about $4000. Serious buyers can take advantage of BMW’s Executive package that comes with a heated steering wheel, ventilated front seats, and back window shades among other features for an additional $4,500. It’s a piece of auto technology and innovation from BMW guaranteed to impress friends and turn enemies green with envy. 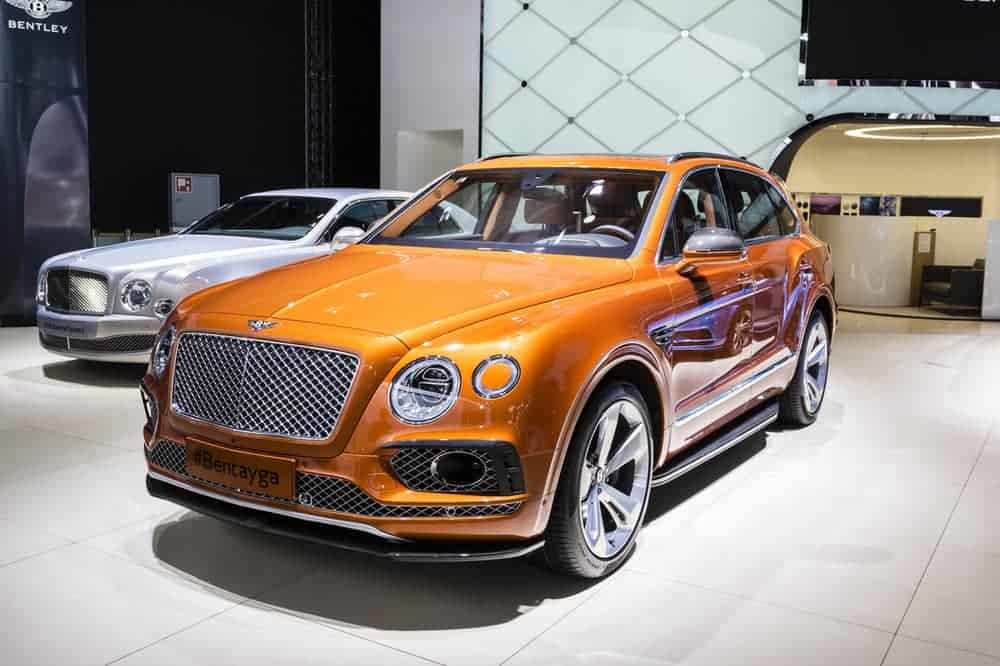 As far as Bentley is concerned, their Bentayga is the fastest Sports Utility Vehicle so far in the whole world. There is some validity to their claim given that the Bentayga’s 6.0 liter twin-turbo V12 engine delivers 600 horsepower, 664 pound –feet of torque, and a top speed of 187 mph. Well, that is not the speed you’d want to drive your family to the mall in, but it is quite impressive for an SUV. Its automatic transmission is reliably handled by an eight speed system.

It is a very comfortable car too. Bentley has incorporated the finest leather for its seats to give that luxurious feel you aspire to have in a high-end SUV ride. Word has it that Bentley will soon release diesel and hybrid versions of the Bentayga soon. Meanwhile, you can grab one of these beauties for “as little as” $230,000. 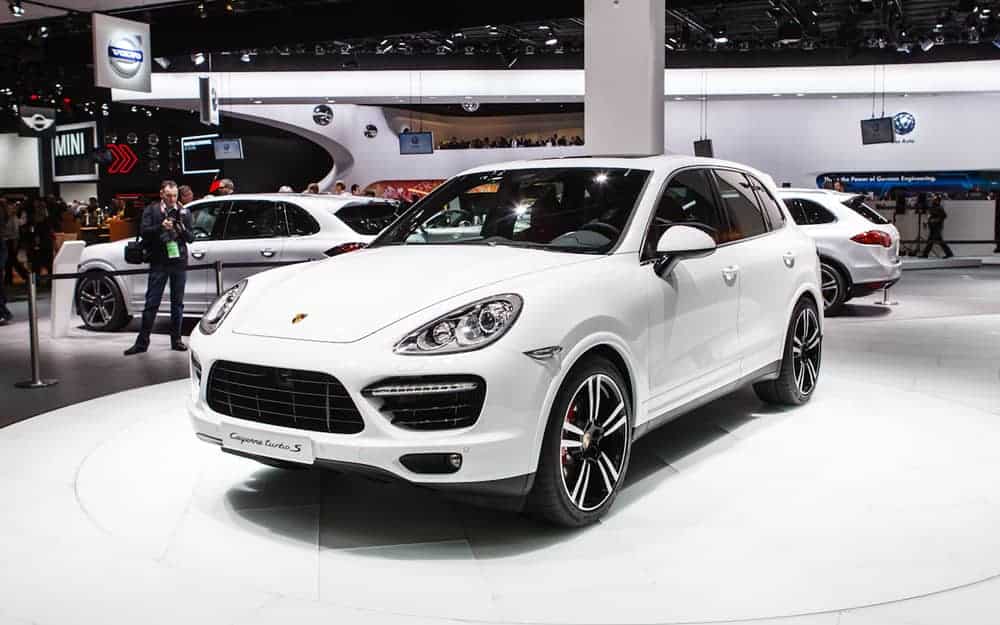 The Cayenne Turbo has two versions, the Turbo and S models. As with everything Porsche, the two models are without a doubt the best SUVs you can ever land your hands on. For instance, the more powerful Turbo S has a top speed of 176 mph. It has a 4.8 liter twin turbo V8 engine capable of producing 570 horsepower. The Turbo gives 520 horsepower. Each of these mean machines has an eight speed transmission system and is well equipped with the best braking system to handle all that power. The Turbo S features ceramic brakes on 21 inch wheels.

Both Turbo and Turbo S are fitted with adjustable suspension systems that make handling these cars a breeze both in city or off-road terrains. The cars however perform dismally on fuel economy with around 14 to 21 miles per gallon, but what fuel concerns would anyone capable of parting with $118,000 for the Turbo or $160,000 for the Turbo S ever have? 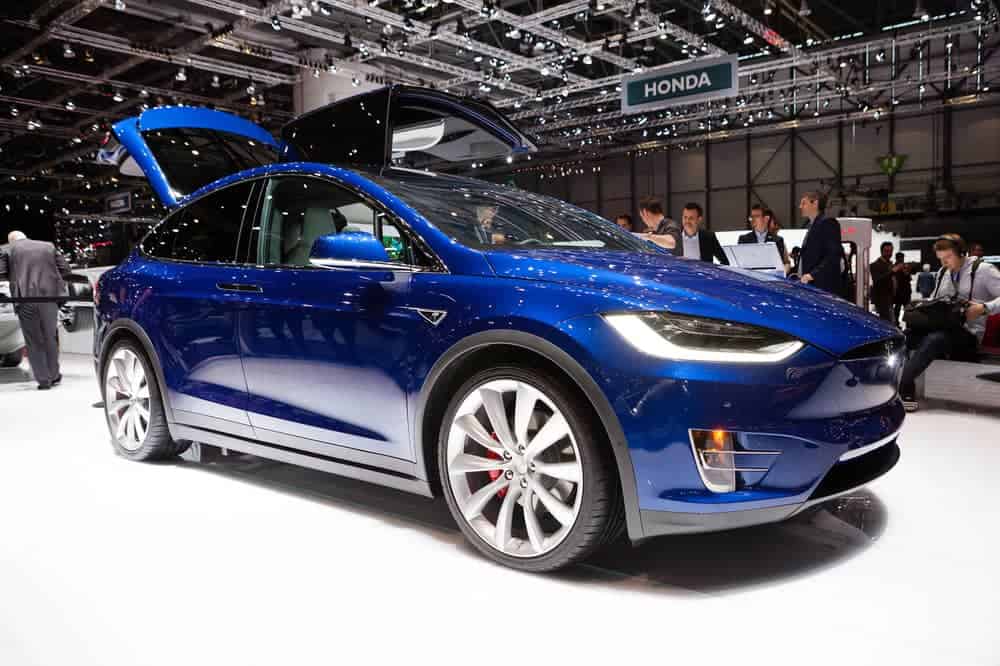 If you were asked to check every car enthusiast’s wish list, you would definitely find the Tesla Model X in each list. The basic version of Tesla gives you a 0-60 mph in 6.2 seconds which is not really fast but if you choose to upgrade to the P90D Performance All-wheel Drive plan you get a Tesla SUV that is not only faster but more comfortable too. Like everything else in life, you get what you pay for.

Model X is amply spacious. It can comfortably seat up to 7 people. It is fully electric, making miles per gallon issues irrelevant. It is our best pick in this list of top ten SUVs in terms of speed. Its Falcon wing doors are quite impressive, but a few users have claimed the doors do not work as beautifully as they look. This is probably the only drawback we see in this cool ride. According to the manufacturer, Tesla, the Model X is the fastest and safest SUV in the market today. For $81,000, you can easily have one parked outside your home with your name on it.