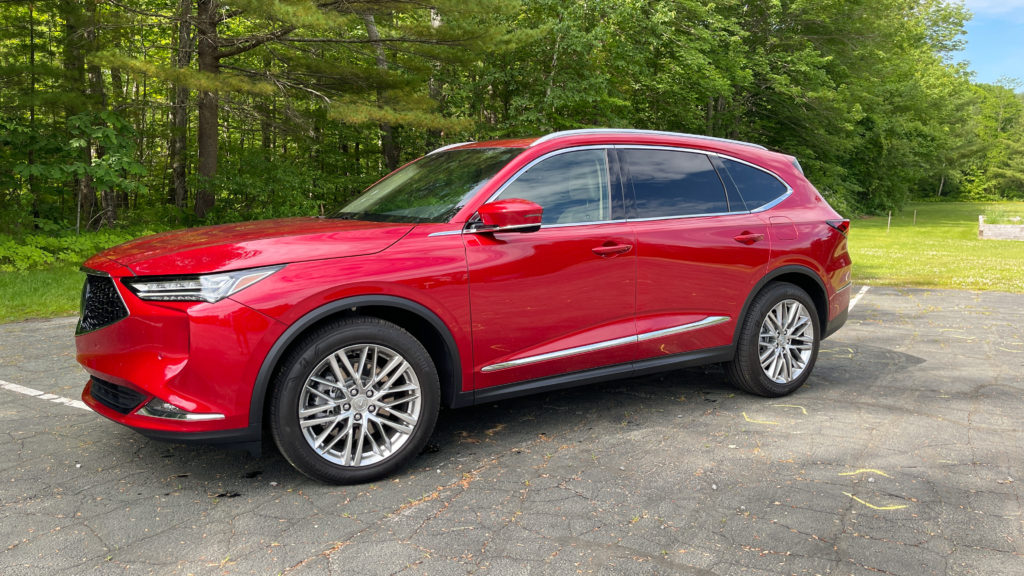 Acura is an interesting company. Its vehicles have long seemed like an afterthought when compared to Japanese automotive luxury heavy-hitters like Lexus. But the brand offers a sporty yet upscale alternative to the other plush rollers on the market. The MDX is Acura’s flagship vehicle, and though it skipped the 2021 model year altogether, the 2022 Acura MDX that has landed is nothing to be sneezed at. 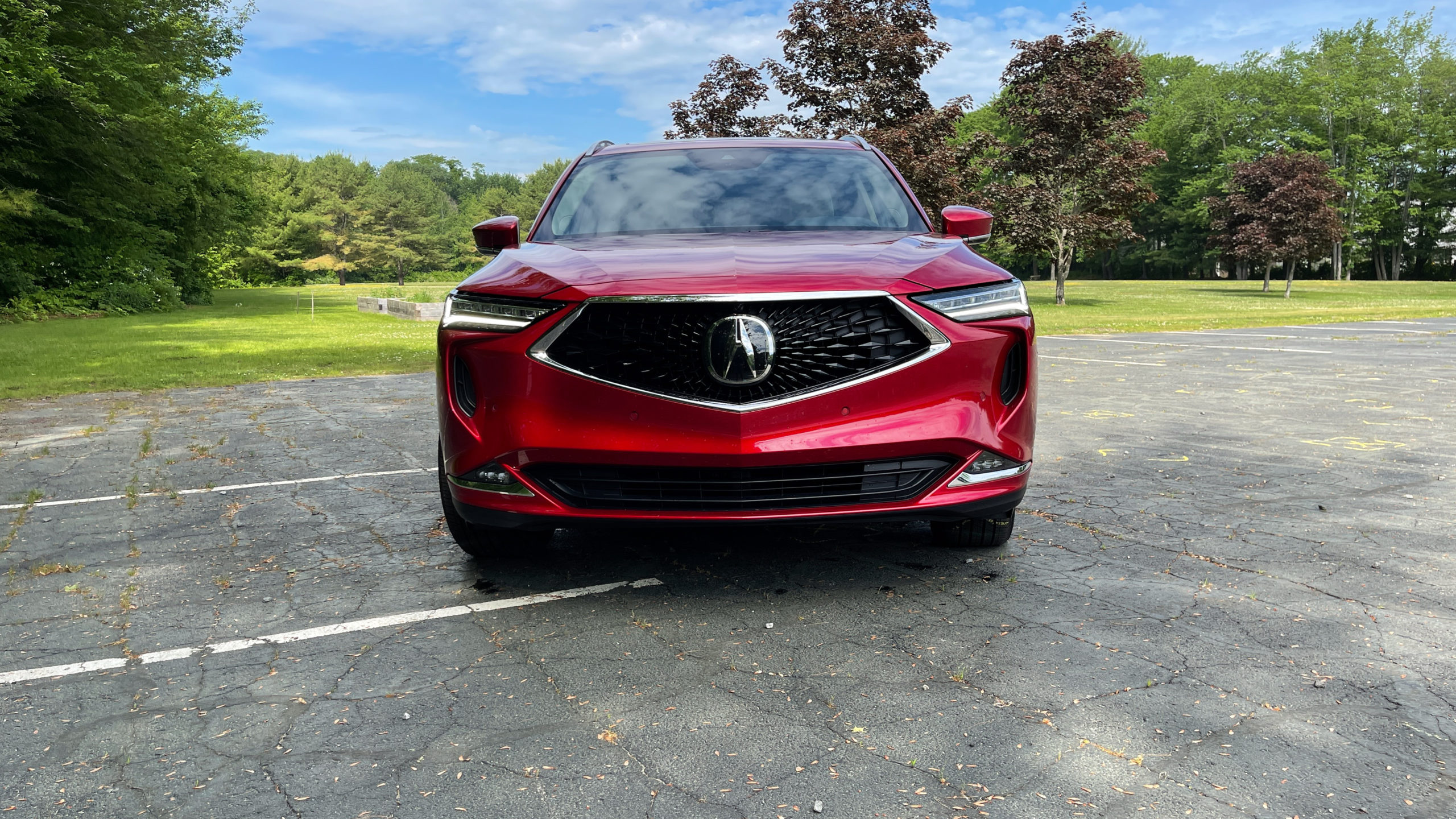 The MDX starts at just under $47,000 and tops out over $60,000 with its range-topping Advance Package. My test vehicle landed at the top end of that spectrum, but the base MDX comes with a list of features that will likely be enough to make most drivers happy. The standard 12.3-inch infotainment screen, digital gauge cluster, extensive advanced safety equipment, and spacious interior make the entry-level MDX quite a compelling vehicle.

I spent a week testing the 2022 Acura MDX, putting it through its paces, first as a family SUV and second as a sporty alternative to other traditional luxury options. I liked the previous MDX but found its infotainment system too complicated and its third-row seats too cramped. The SUV’s latest iteration addresses those problems and others — at least partially. Let’s take a look at what’s what. 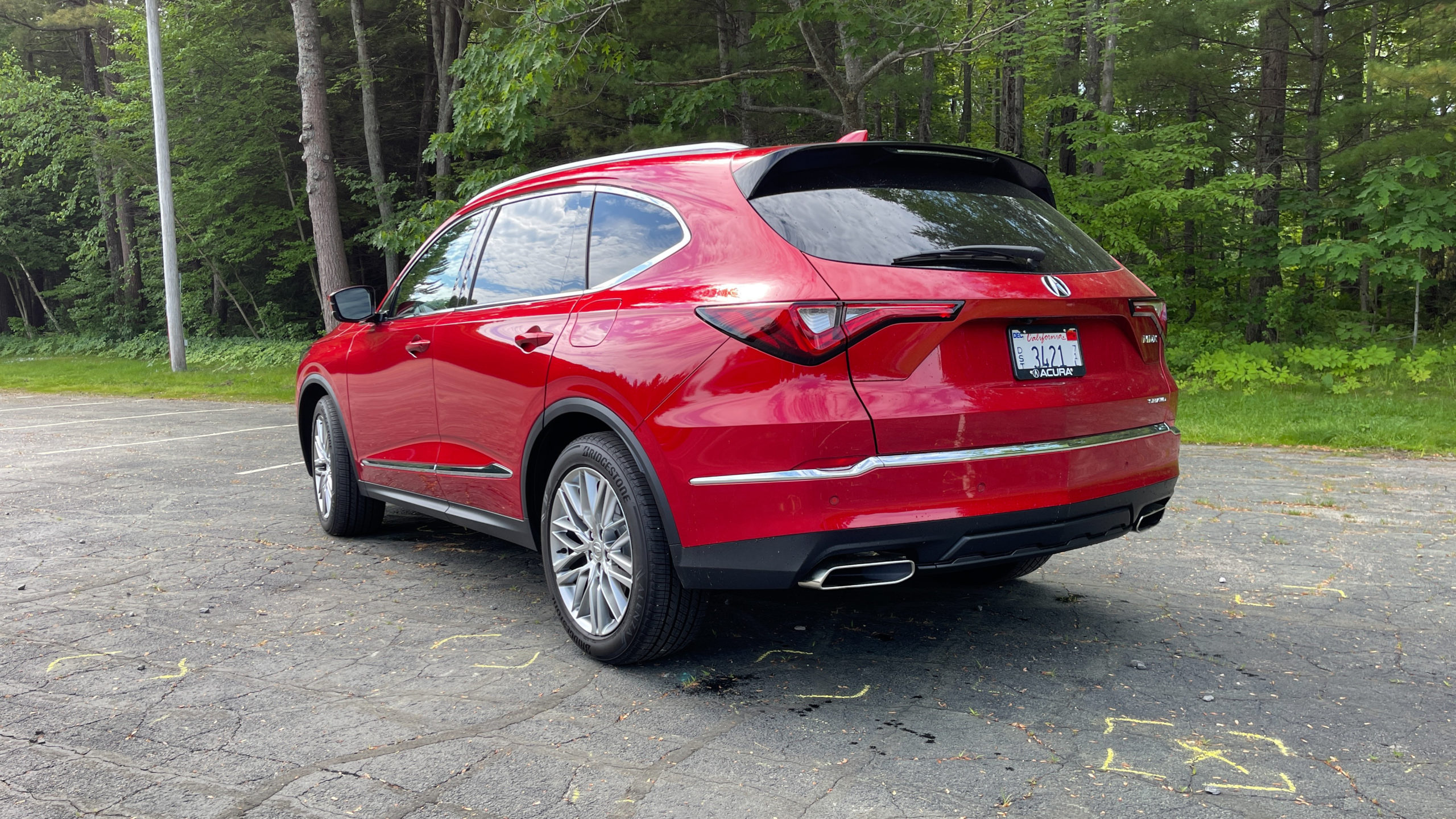 Though the 2022 Acura MDX is technically a brand-new SUV, Acura opted to leave the previous model’s engine in place. The tried-and-true 3.5L V6 makes 290 hp and 267 lb.-ft. of torque, but now comes with an impossibly smooth 10-speed automatic transmission instead of the 9-speed seen in the 2020 MDX.

The engine, while unimpressive on paper, was strong enough to pull the three-row MDX to 60 mph from a standstill in 6.4 seconds — quicker than I, or anyone else, should really hope to go with a family in tow. Additionally, the engine was so smooth and so well in tune with the MDX’s chassis that it was nearly impossible to want more. Of course, the world being what it is, Acura will give you more. If you’re willing to wait, the MDX Type S will hit the streets later in 2021, boasting 355 hp from a turbocharged 3.0L V6.

It’s easy to assume that the 2022 MDX is just another frumpy family hauler, but that’s not entirely the case. Acura gave the vehicle an all-new chassis that the brand says is actually based on a light truck platform that has been tuned to target the driving dynamics of a sports sedan.

That, combined with a double-wishbone front suspension and a multilink rear suspension system, helped the new MDX handle like a much smaller vehicle while retaining a family-friendly ride in most circumstances. Steering assist was noticeable, but not to the point of feeling too light or disconnected. 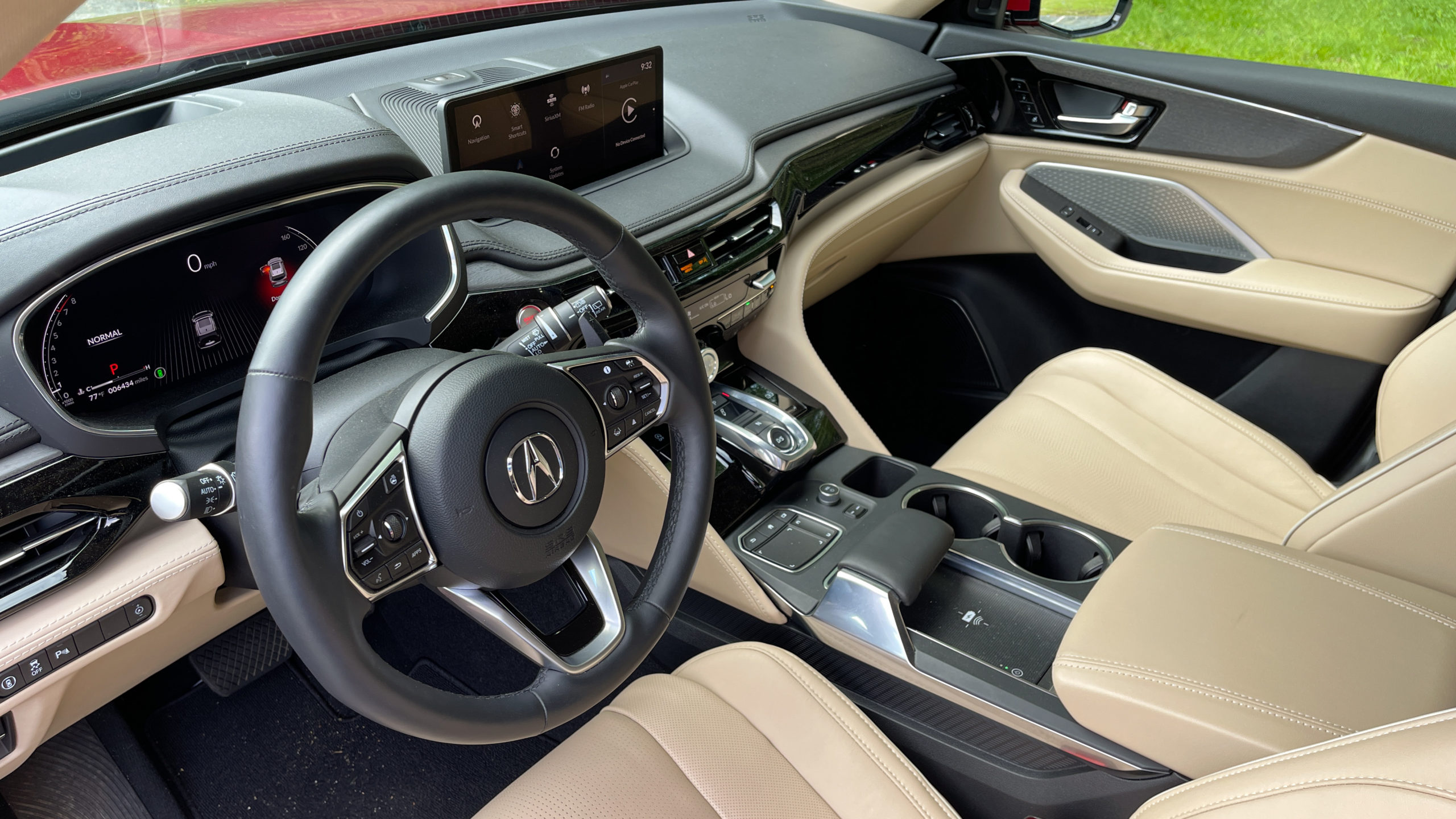 On the inside, Acura bumped up the MDX’s cabin materials’ quality. The SUV’s interior felt premium and looked the part from nearly every angle. The standard heated seats were a nice touch, and my tester’s ventilated front buckets made the early summer weather easy to deal with.

The supportive front seats were deep and wide enough for my work-from-home physique. Behind the wheel, I was able to find plenty of comfortable positions, and the MDX’s armrests were positioned well to be useful for drivers of all sizes.

In the absence of a physical gear shift lever, Acura placed the wireless smartphone charging pad smack in the middle of the center console, which was fine, except for the small padded cover that ran across it (is it a palm rest? a small armrest?) which made it difficult to position a phone on the charger.

The second-row seats were spacious and had better-than-expected levels of padding and support for a bench. Loading car seats was easy, thanks to the MDX’s family-friendly ride height. The last version of this SUV had a third-row seat accessible by adults but only really comfy for children on any long drives. The same was true for the 2022 Acura MDX’s third row, but it’s hard to complain too much when the rest of the cabin was so comfortable. 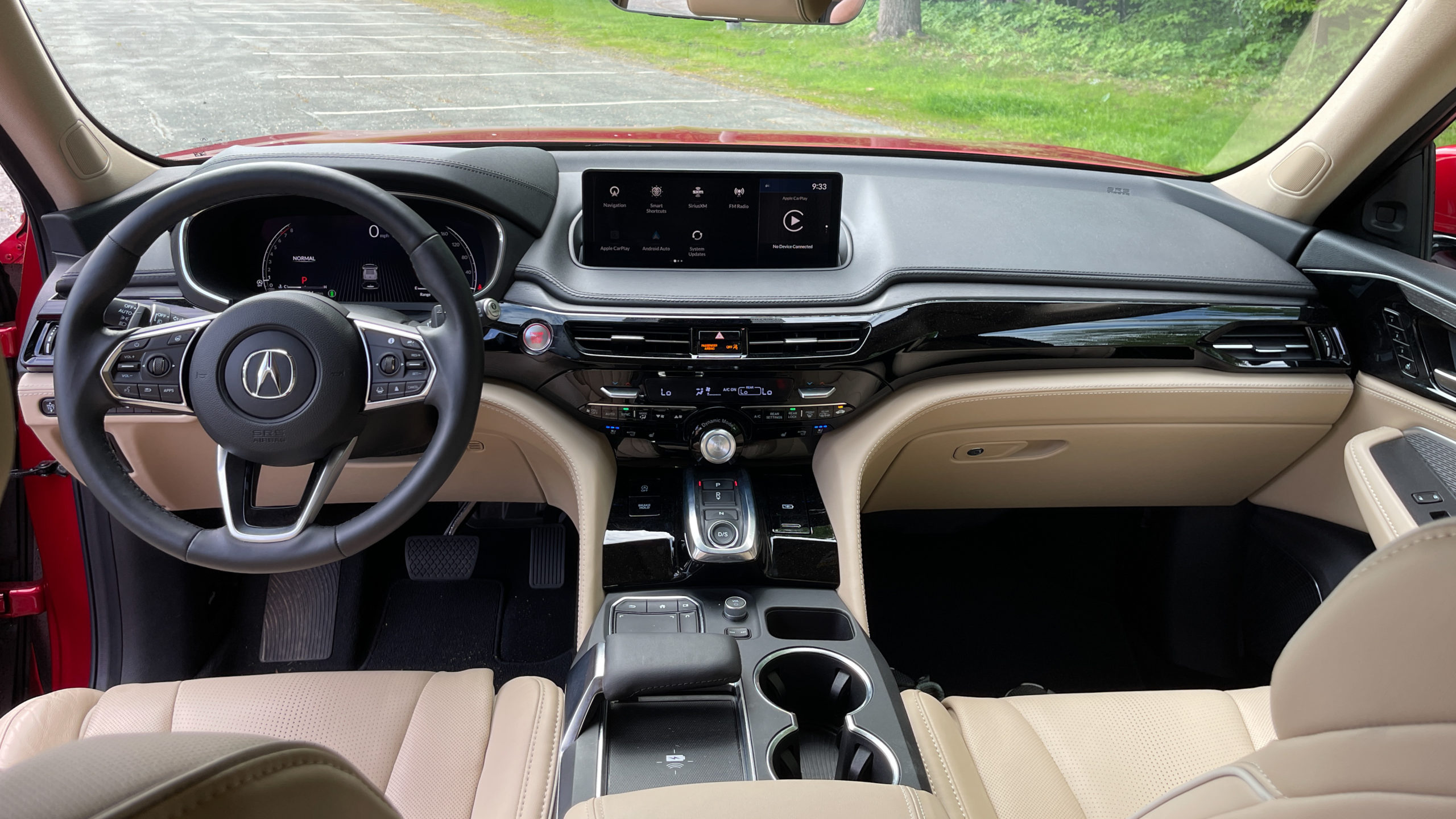 Acura ditched the overwhelming dual-screen infotainment setup seen in the previous MDX models for a single screen and touchpad controller, similar to the system that comes in the smaller RDX. Though it was easier to use than the screen-on-screen system, the touchpad took longer for me to learn than it should have. Over time, however, it would likely have become more intuitive than I could give it credit for in my short week of testing.

The 12.3-inch unit runs wireless Apple CarPlay and Android Auto and comes with a wifi hotspot, Amazon Alexa capabilities, and Bluetooth. A Qi wireless charging pad is standard, but depending on how you like to charge your smartphone, you might end up with a confusing pairing situation. My preference was to charge my phone with a cable, which caused wireless Apple CarPlay to disconnect my iPhone in favor of a wired connection, but this didn’t happen all the time. The sometimes-connected-sometimes-not situation was frustrating and confusing, so it’s probably best to charge with the wireless pad if you choose to use wireless CarPlay. 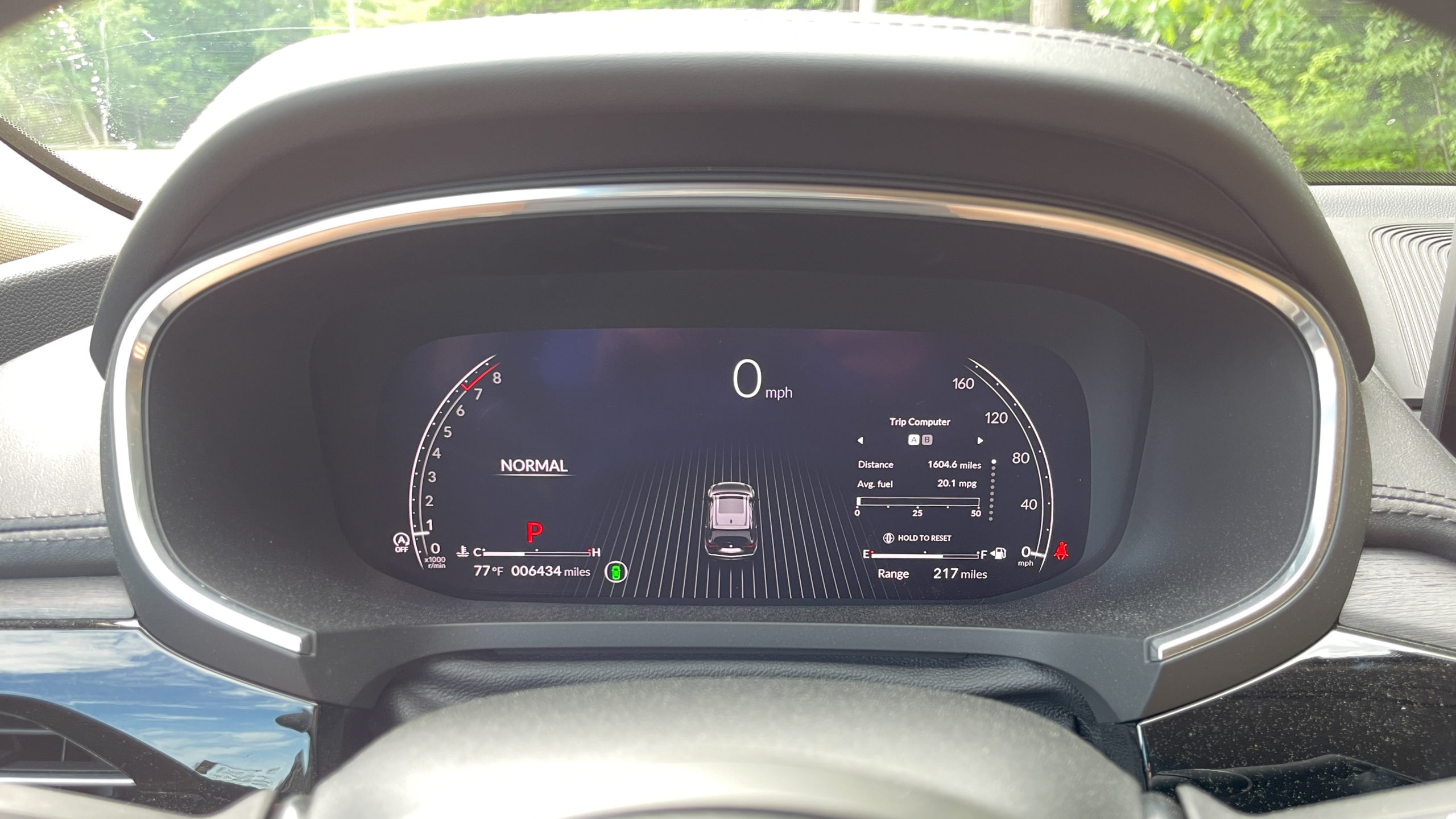 My tester’s Advance Package meant that I had access to even more tech. There was a 10.5-inch head-up display, an ELS Studio 3D premium audio system with 16 speakers, and charging ports in the second and third rows.

That list of features and stellar crash test scores helped the MDX achieve a Top Safety Pick + designation from the Insurance Institute for Highway Safety. The agency scored the 2022 Acura MDX “Good” in all crashworthiness categories and “Superior” in vehicle-to-vehicle and vehicle-to-pedestrian crash prevention with the standard safety systems.

Give the 2022 Acura MDX Another Look 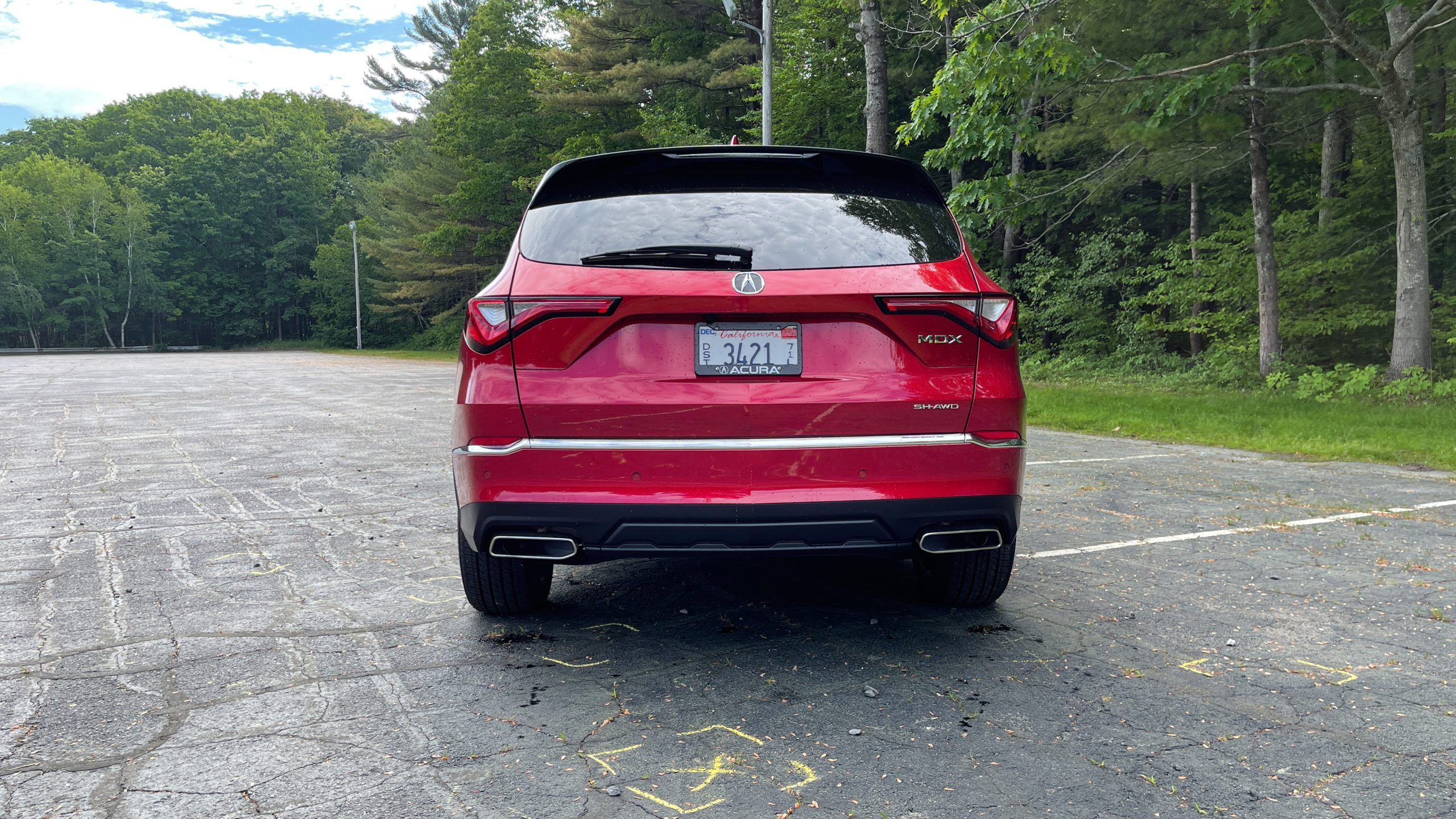 The MDX was already a compelling vehicle with great standard features and attractive styling, and the updates have only made the case stronger for the 2022 Acura MDX.  The new 10-speed automatic transmission and chassis tuning have made the family-hauler an engaging vehicle to drive, but it didn’t compromise the ability to do the boring “SUV stuff” well.

On top of that, the MDX matches or beats many of its competitors on fuel economy, returning up to 26 mpg on the highway. And let’s not forget about the IIHS safety scores, which should always be top of mind for any family. The MDX is a solid SUV that should be on your radar if you’re looking for a family hauler that is functional but can look good getting the job done.