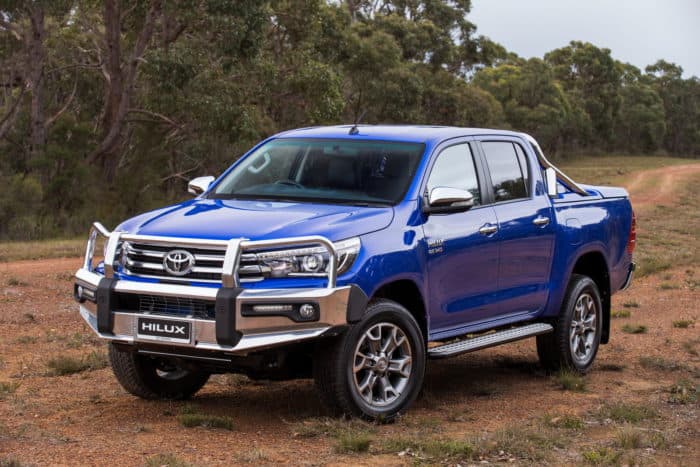 I know, I know: “They just don’t build them like that anymore.” Still, even though modern cars aren’t as sturdy and robust as those from the fifties, sixties, seventies, eighties and nineties, some of them still deserve to be considered tough. Furthermore, since they don’t really have too much of a competition, they can as well be considered the toughest production vehicles in the world. After all, they only compete against one another here. Just to clarify once more: only currently produced cars will be considered, so please don’t ask anything like: “Why’s there no FJ Cruiser, Landy Defender, Nissan Xterra, Hummer H1, XJ Jeeps or similar vehicles.”

Criteria are simple, really. Apart from the fact that prospective vehicle has to be in production for 2016 model year, it also needs to be able to take plenty of abuse. Furthermore, we have decided to limit the number of models per manufacturer to only one. We know that this might raise some eyebrows, but at least it’ll point out to some interesting choices which would otherwise remain beyond the margins. All of the vehicles from the list are highly capable, sturdy cars which promise a long lifespan in most extreme of conditions. Let’s take a look at them, shall we?

Are These The Toughest Cars On The Market?

Well, it’s not exactly the good old Defender which only required a hammer and some grease to run, but it’s pretty much the toughest and closest to Land Rover Defender option that British automaker offers today. While older versions were probably more capable off-road, LR4 still hasn’t lost the touch. Landy’s still represent the pinnacle of British engineering, especially when it comes to reliability, hence new models of Discovery certainly won’t let you down. 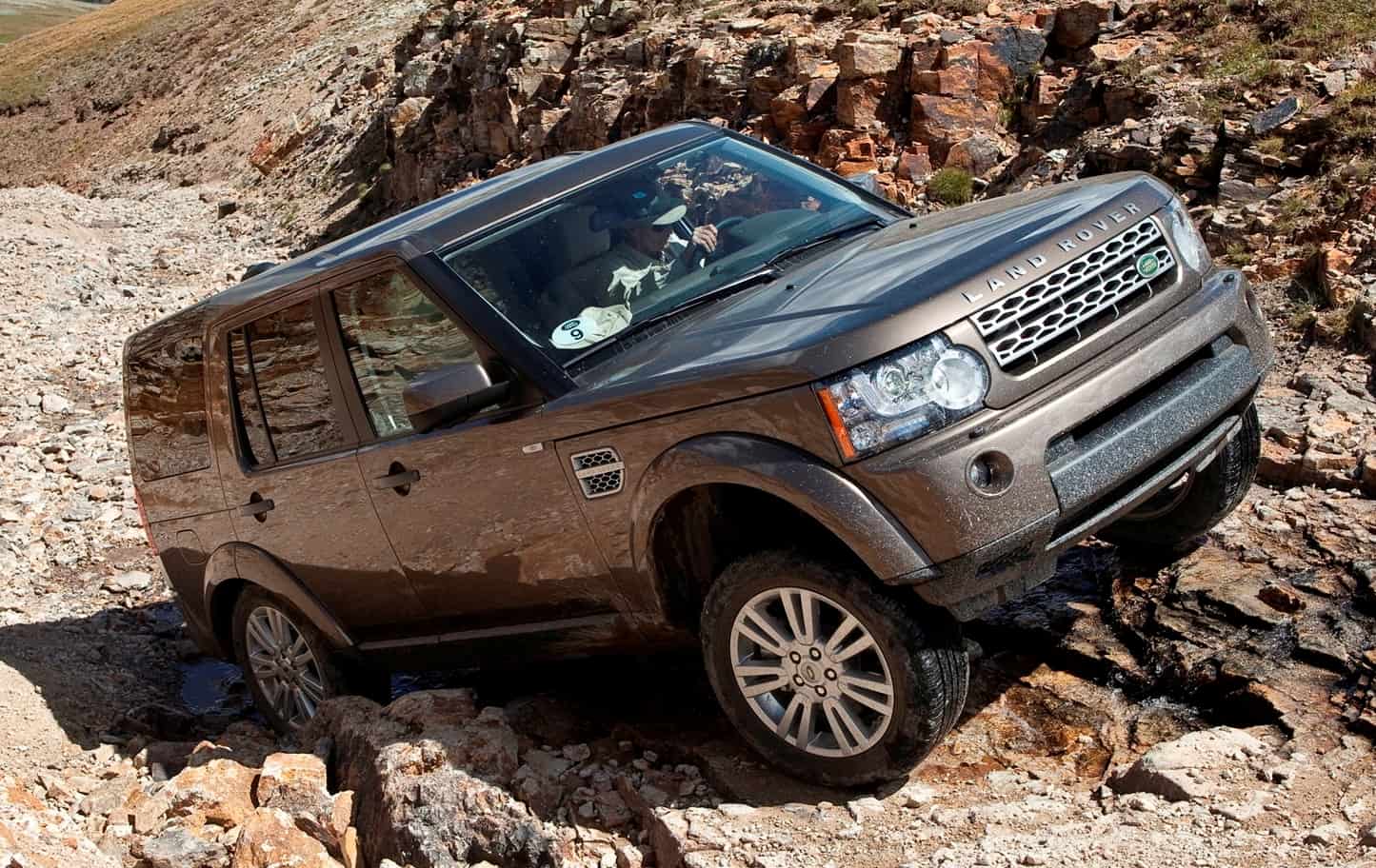 A Volvo just had to make this list, didn’t it? Of all Volvo‘s currently available, we have decided to go with the biggest. Much less chance to go wrong that way. Incidentally, XC90 had just switched generations for this model year, and it’s looking better than ever. It probably leads the luxury SUV market right now thanks to its practicality. Somewhat reserved Swedish luxury is more affordable, more efficient, and more sustainable. Couple that with extreme sturdiness any Volvo boasts, and you have yourself one good-looking car for the entire next decade. 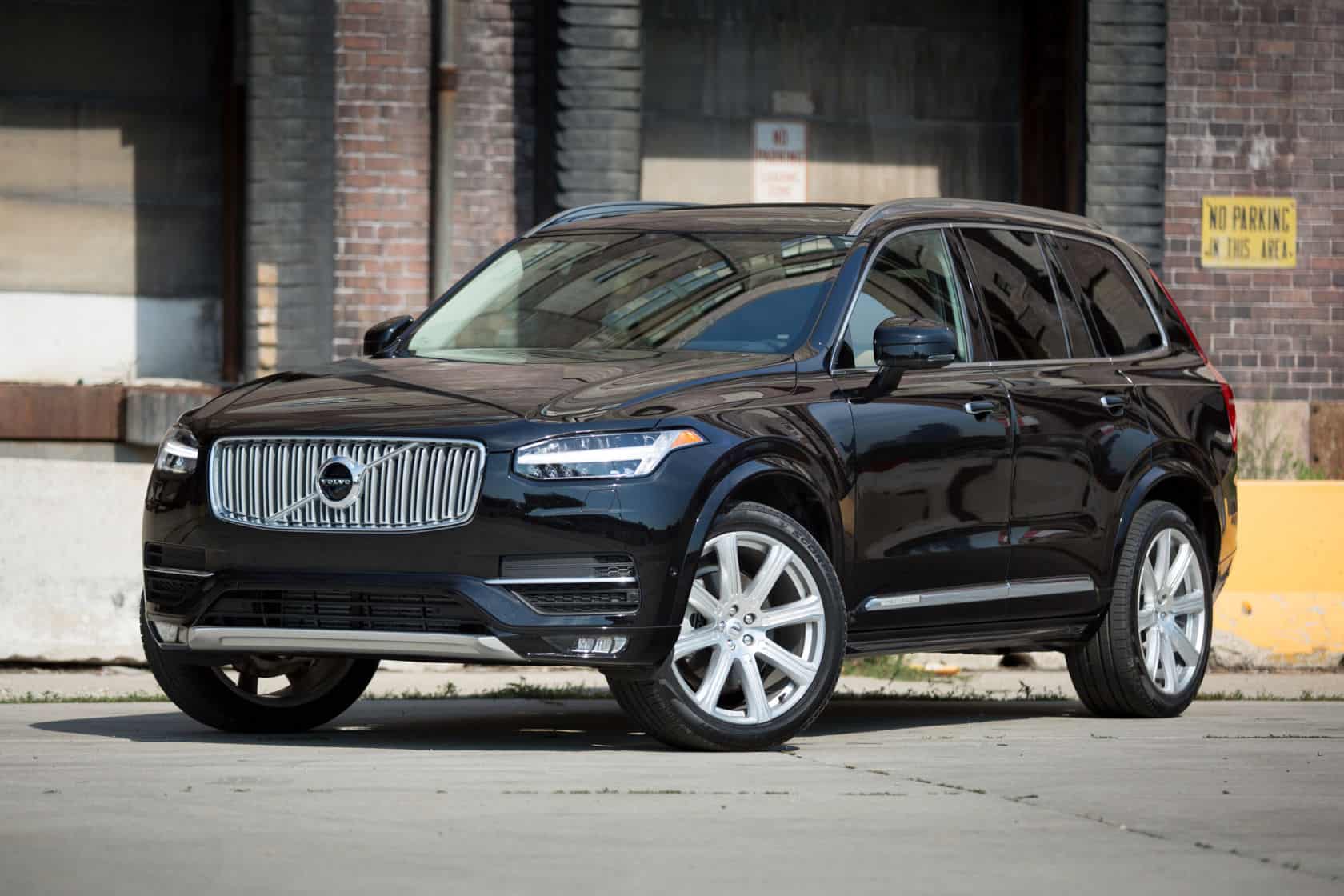 Dubbed the indestructible, uncompromising, unbreakable – the Toyota Hilux is one of world’s sturdiest vehicles. Pretty much any Hilux is your best bet for long-serving compact pickup. They don’t offer them in the States (Tacoma takes care of that in the US), but they can always be ordered for some extra cash. You probably won’t regret doing just that if you intend to put your truck through its paces on the regular basis. They come in abundance of diesel and petrol options, and 2016 year models are next-gen. What else could one wish from a truck? 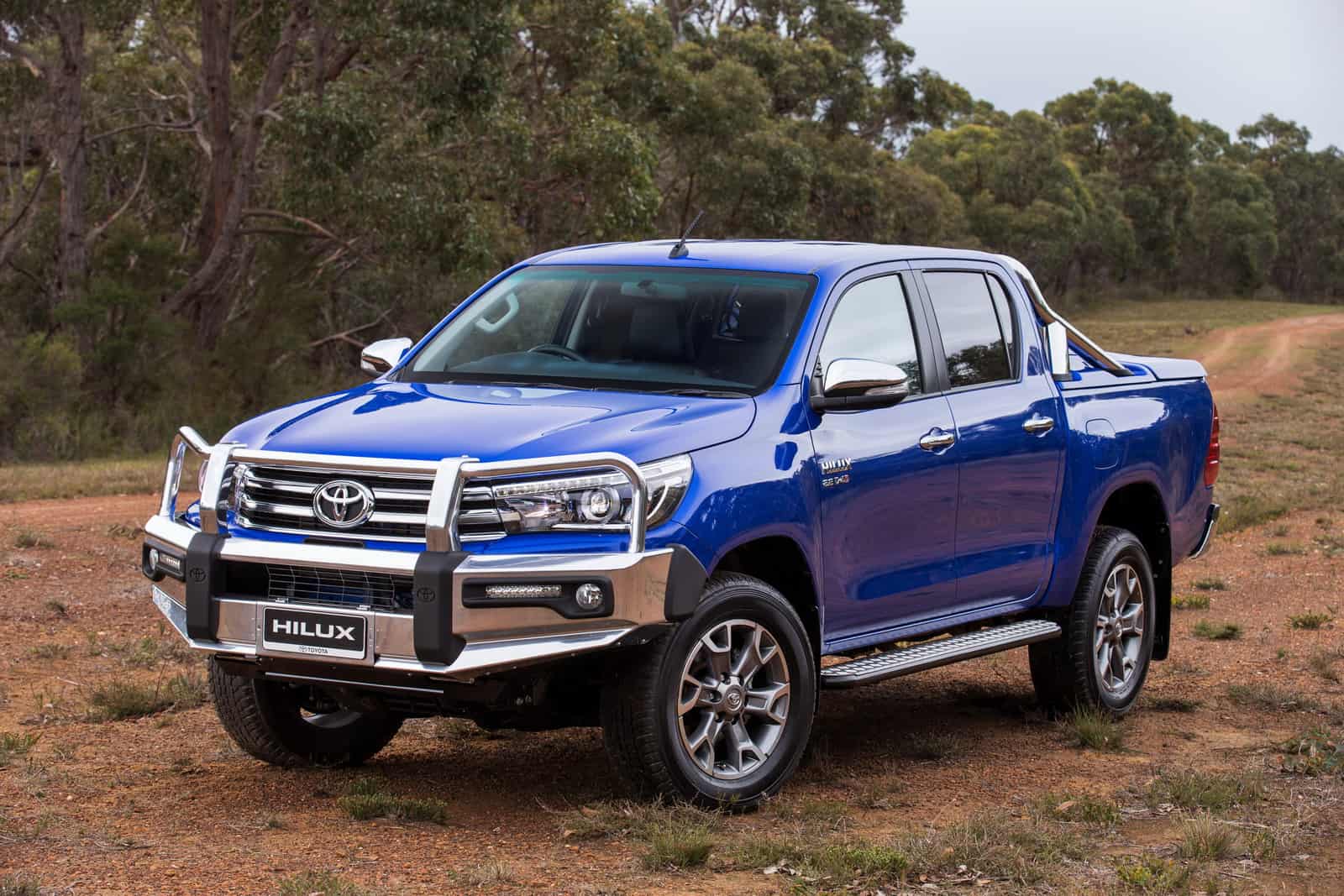 The Mitsubishi Pajero or Montero, depending on the market – this Japanese mid-size SUV still goes as one of the toughest vehicles that can take an abundance of abuse. Like the Hilux, the Pajero too is unavailable in the US ever since the Montero was pulled from the market back in 2006. This doesn’t mean it was a bad car. The Pajero is still going strong across the globe, and next generation will provide plug-in hybrids to complement currently available diesel and petrol models. 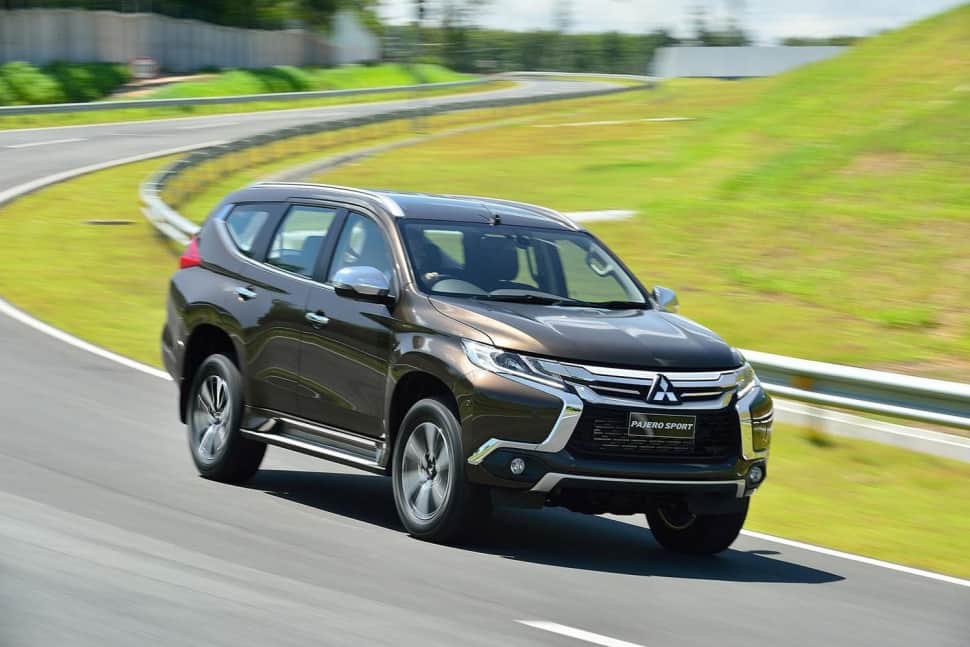 The Subaru Outback is one of those wagons that will serve you for years if you’ll have it. It will go with you through good and bad, through mud and rain, and all that with a smile – if car can have a smile, that is. There are very few Outback owners who had had bad experience with the car. Wagon is simply indestructible, and highly practical at the same time. Like any other Subaru, Outback too features mandatory all-wheel drive and either 2.5L 4-cylinder or 3.6L V6 engine. At least in the US it does. 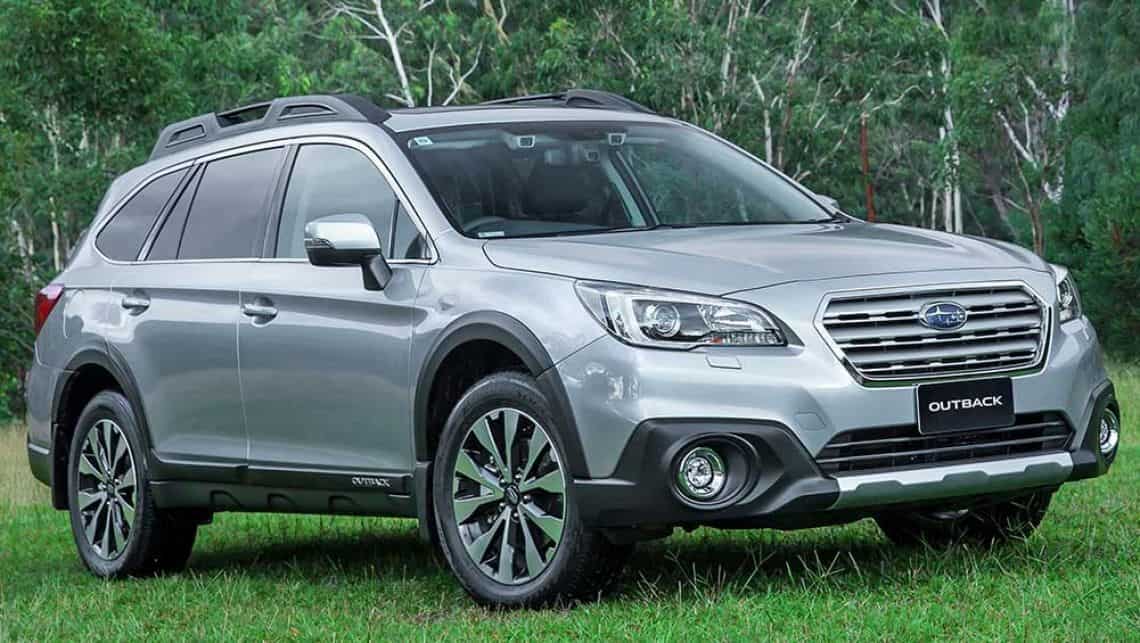 The Jeep Wrangler has been the epitome of off-road capability for almost three decades now. It’s currently the only retro SUV available in the market since FJ Cruiser was axed last year. This is one of the reasons it qualifies for this list of toughest currently produced vehicles. Other reasons are its capabilities. Wrangler can do what other cars can’t. It’s as simple as that. Needless to say, it probably won’t let you down as well, even after plenty of off-road abuse. 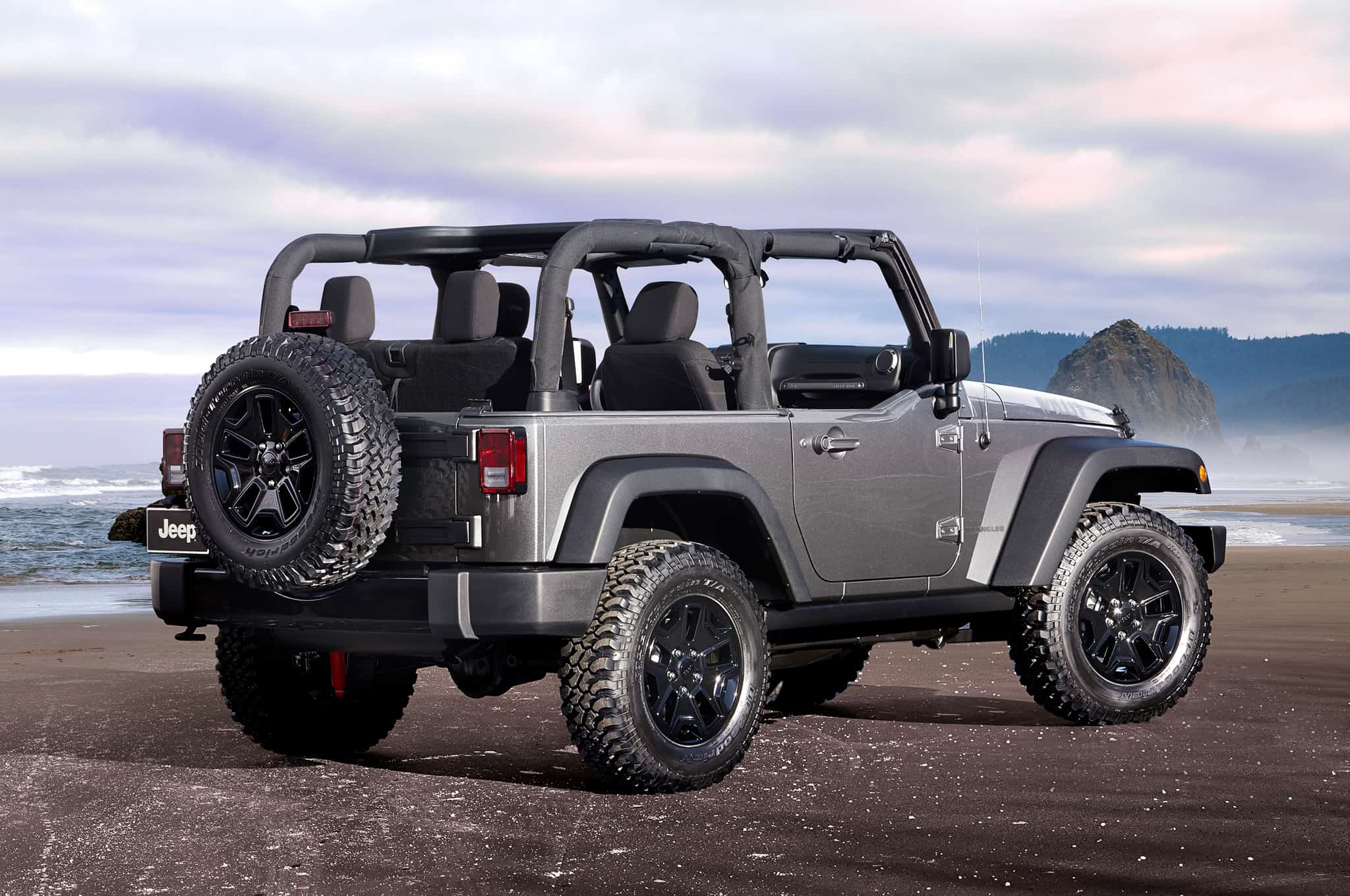 We have picked 1500, but pretty much any Ram iteration can be considered sturdy and highly reliable. Fourth generation of the full-size pickup is going through some quick and extensive facelifts these last couple of years which leaves plenty of options for potential buyers. As if more than 10 trim levels and three powertrains (including one Cummins diesel) weren’t enough already. In any case, Ram pickups have been known to last long, and they certainly ain’t supposed to stop being some of the toughest vehicles now. 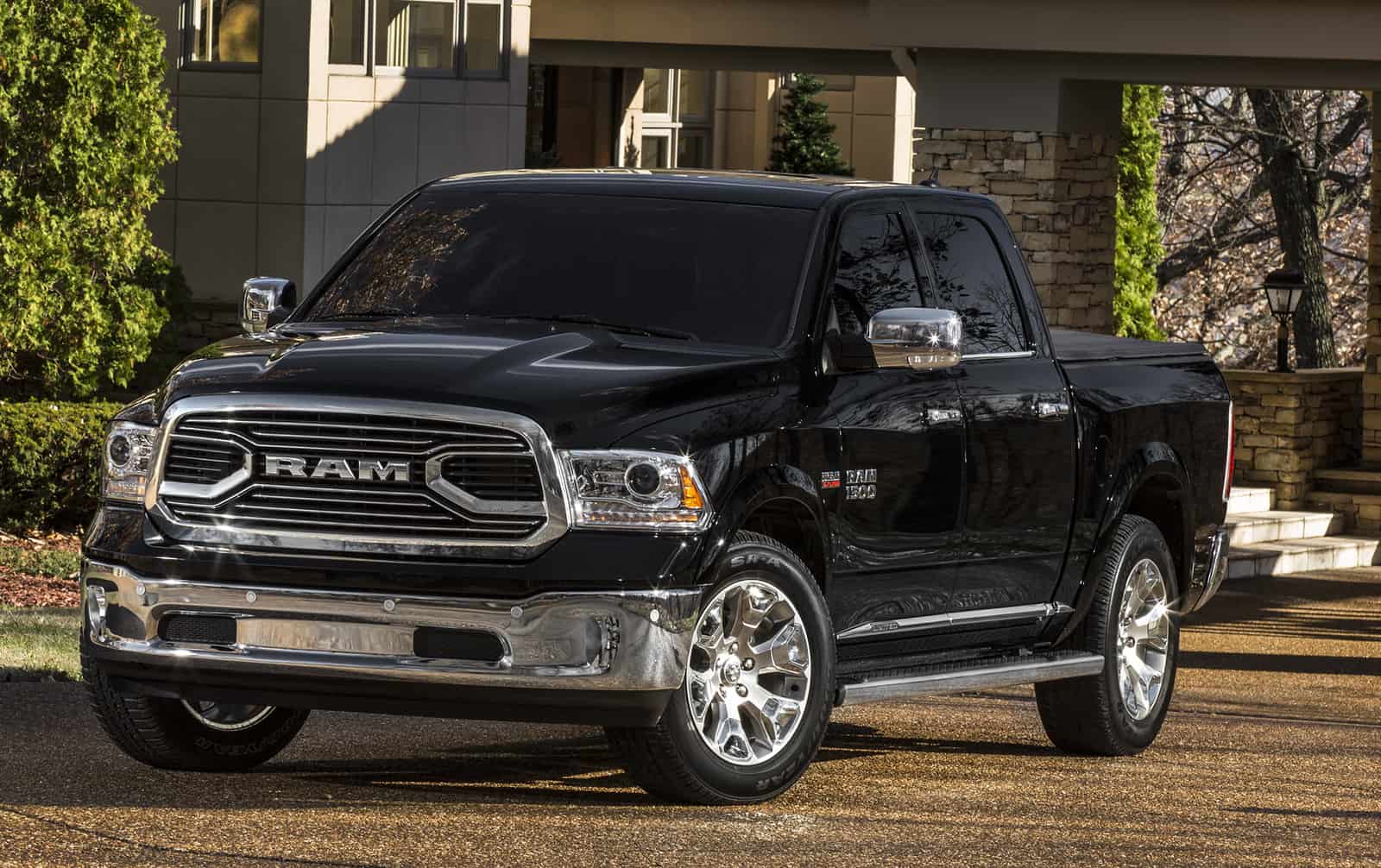 Ford F-150 lineup is as sturdy as the Rams, but Raptor versions of the full-size truck are something special. Raptor is so special that we have decided to include it even though it’s currently unavailable. Of course, new aluminum-bolstered model is coming soon, as 2017 year model, so we didn’t exactly skew the criteria too much. This off-road capable pickup will feature unique details of its own, plus a new twin-turbo 3.5L EcoBoost V6 engine which promises better fuel economy than before. 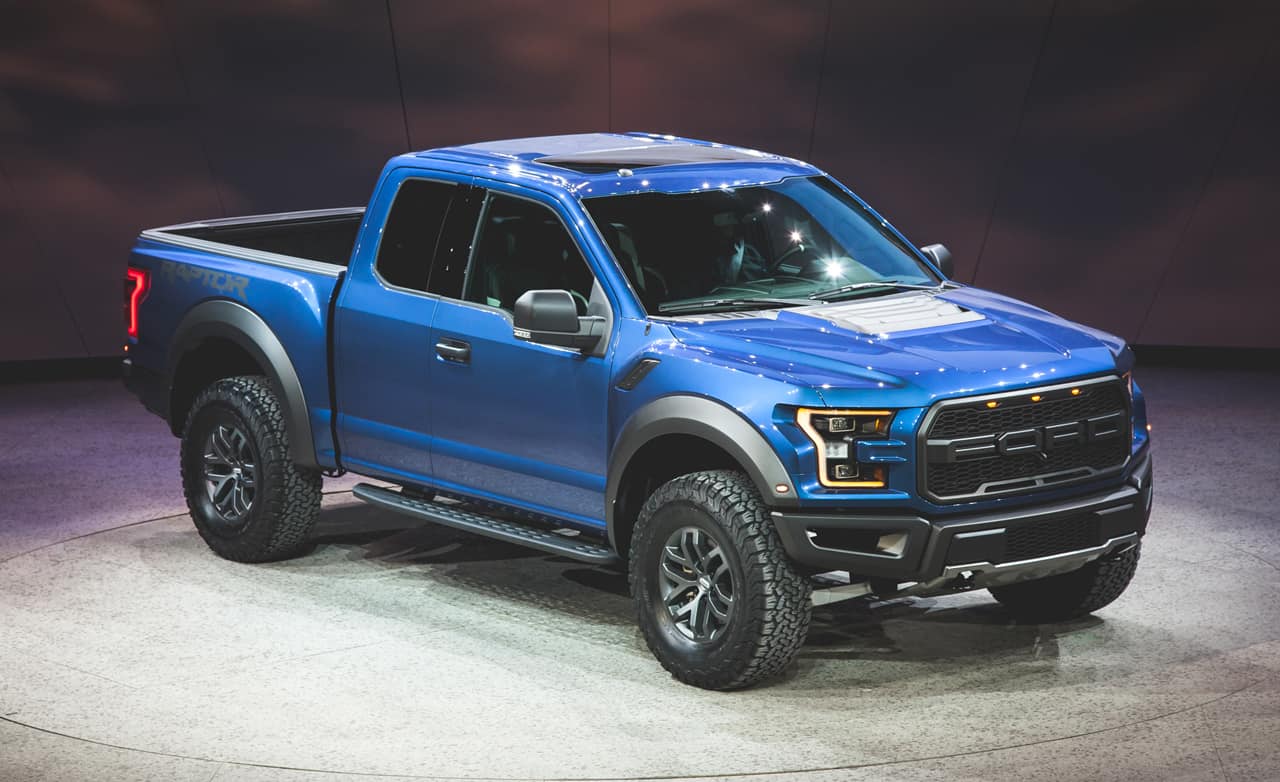 The Mercedes-Benz G Wagen is the most obvious oddball in German automaker’s lineup. It simply doesn’t fit there no matter how hard we’re trying to convince ourselves otherwise. Compared to sleek sedans, coupes, convertibles, SUV’s and hatchbacks alike, this behemoth simply sticks out on any given day. At least that goes for its design. When it comes to performance, though, whether it’s G550, AMG G63 or AMG G65, G-Class is Mercedes-Benz as Mercedes-Benz gets. Plus it’s the strongest model in the entire lineup, and pretty much strongest car Germans have ever built. 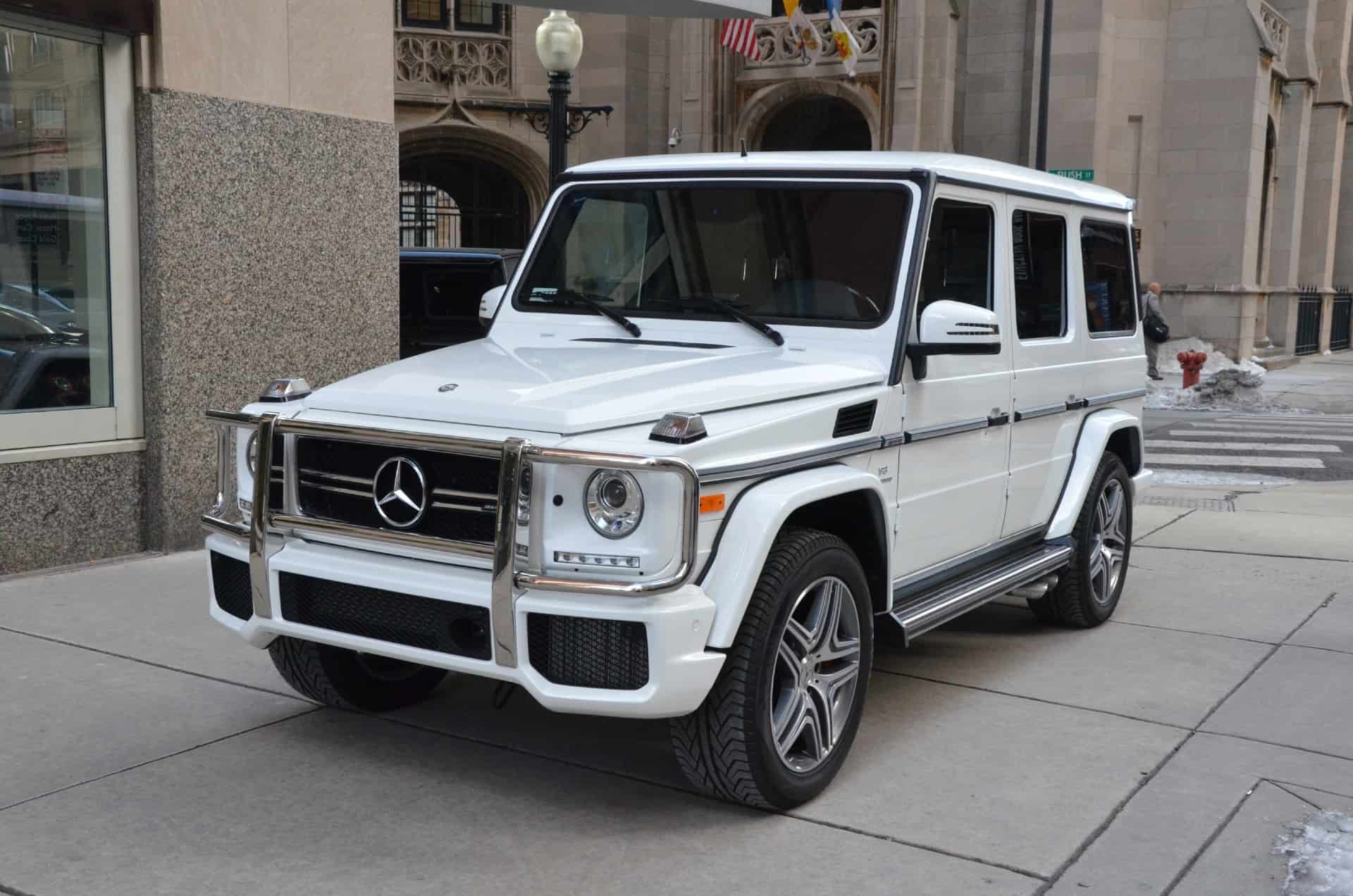 Unlike the G Wagen which features plush, luxury interior and latest technology, the Lada Niva only gets the boxy, outdated, oddball look. Everything about the car is rough, hard and ready to withstand some major punishment. In fact, Niva still features the same 1977 design. In other words, Russian SUV looked exactly the same 40 years ago when it started the unibody crossover SUV revolution. Some people will say it didn’t evolve because it was perfect from the get-go, but that’s more of a local joke than truth. The truth is; although Niva has plenty of flaws, it’s still an inexpensive car which you’ll push to the limits without feeling regret. And, boy, the limits Lada Niva can reach are outright crazy. It’s one of the toughest vehicles currently produced for a reason. 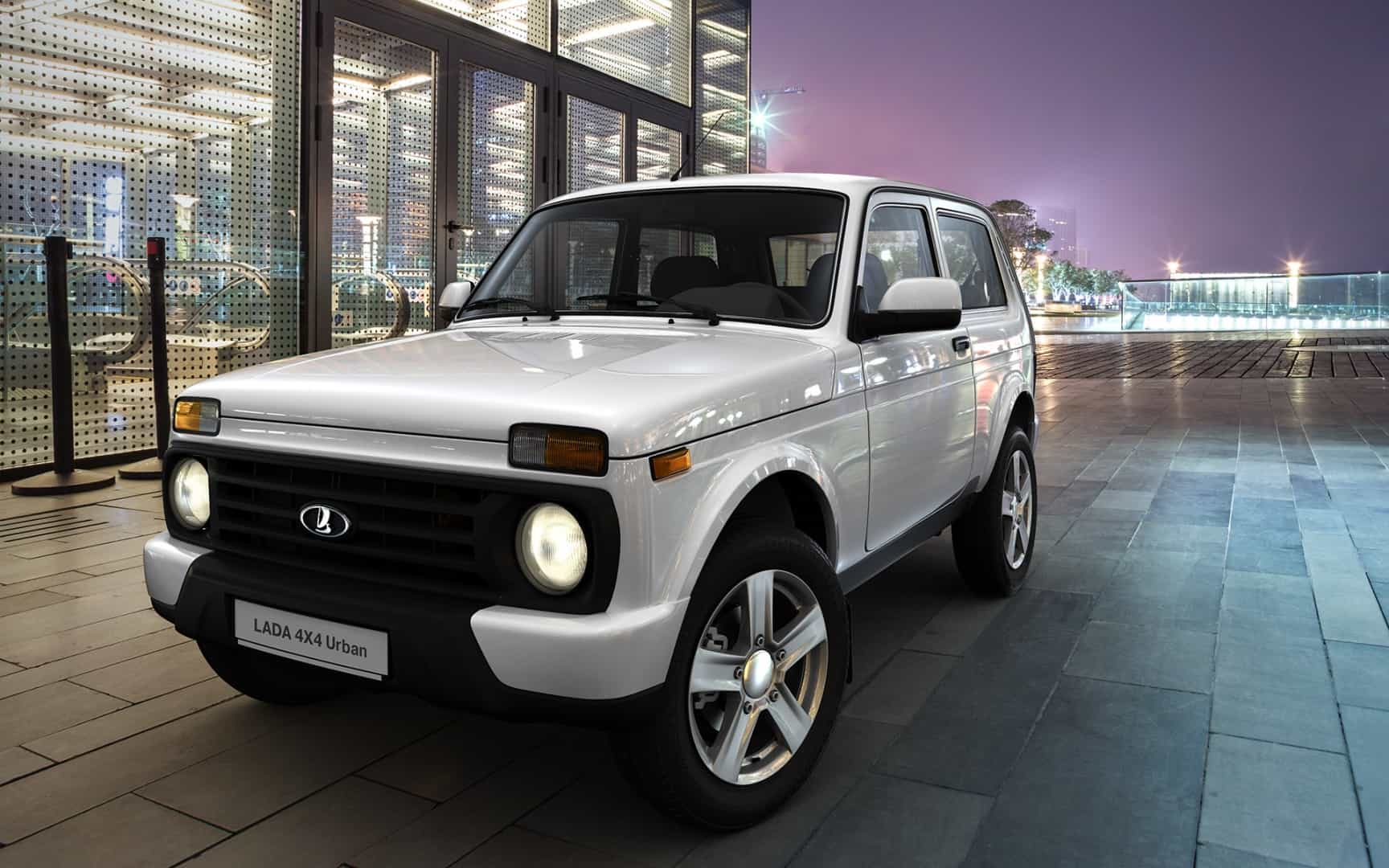