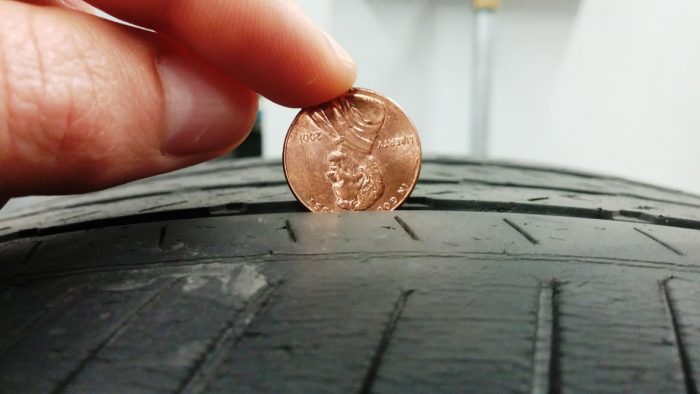 There are a number of myths that persist in the automotive world. Some are just plain ridiculous, but others are accepted as fact by many drivers. Let’s look at 7:

Myth Number One: Car Dealers are out to Screw Every Customer 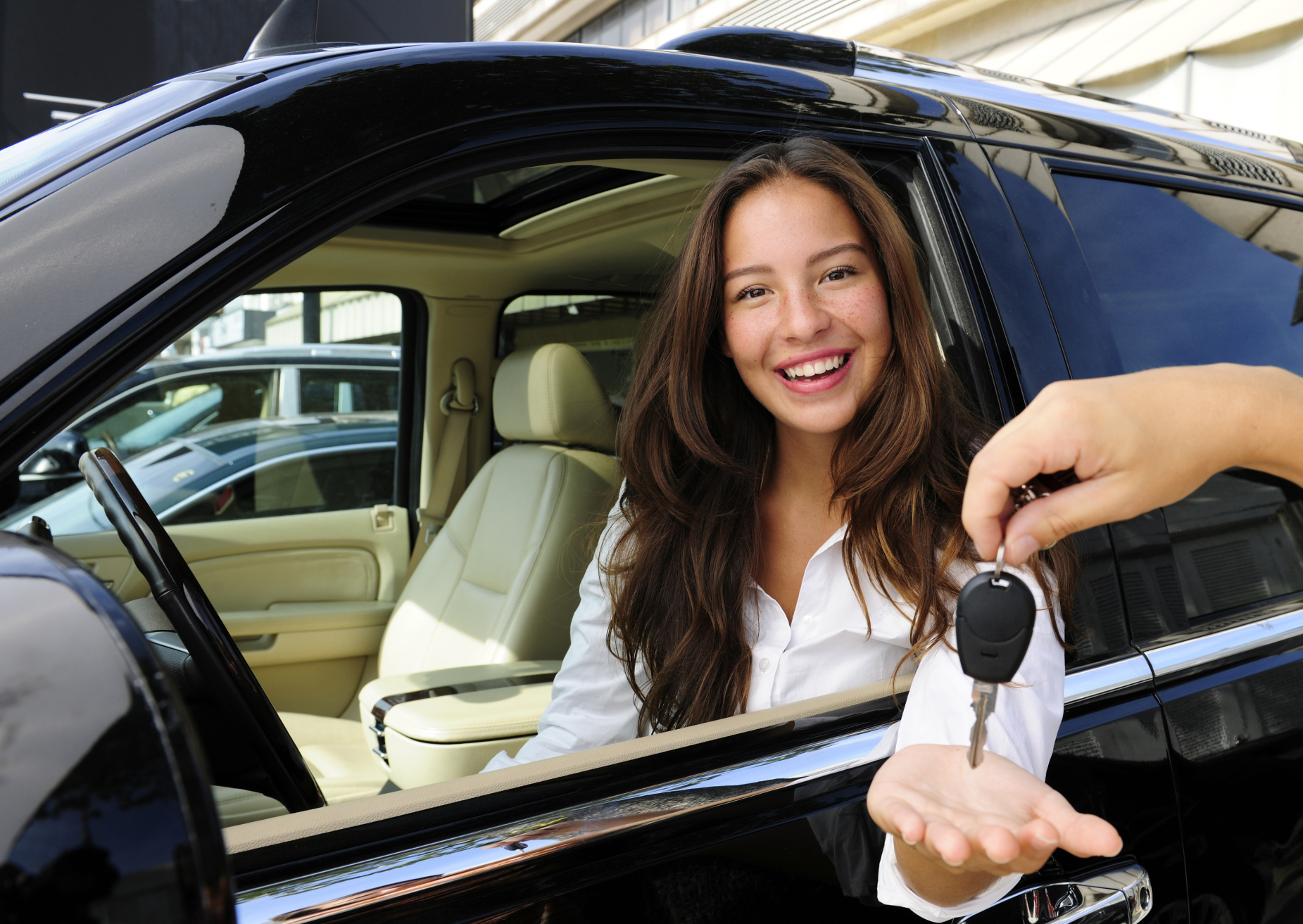 Customer Satisfaction is a large component of dealer profitability

Not a chance. The car companies started to get smart a couple of decades ago when they recognized that a consumer’s intent to purchase their next new car from the same brand was impacted by how the dealer treated them. That’s both in the purchase of the car as well as any services you have performed.

So the car companies started setting aside piles of money, big piles of money, for dealers who achieved high customer satisfaction scores (that’s why the dealer is always telling you that if someone should call, always rate the dealer a “10”). It’s conceivable that a dealer could make more money from you giving them a “10” than from what they make selling you the car. 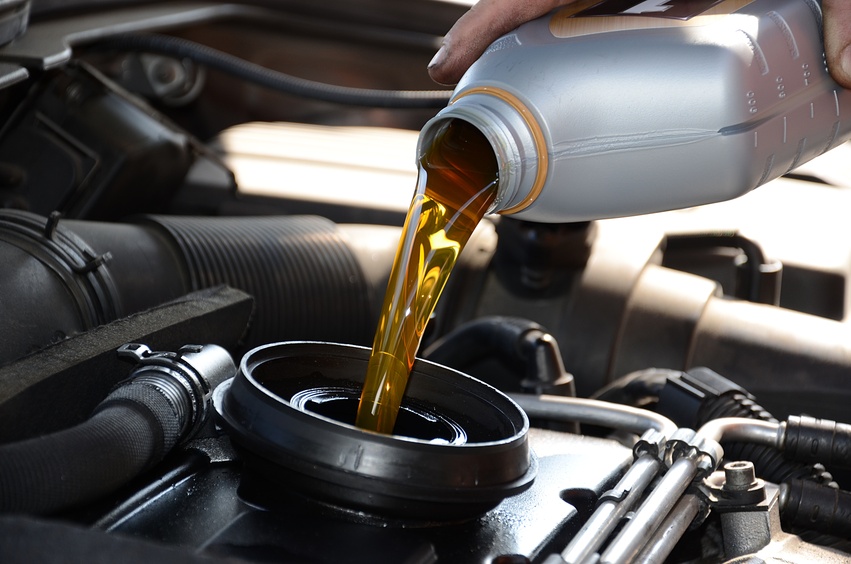 The old adage has been to change your car’s or truck’s oil at 3,000 miles with precise regularity. Despite groups ranging as wide as the Sierra Club, the State of California, and the car makers themselves, almost half of all drivers hold fast to that outmoded notion.

Almost every manufacturer has extended their recommended oil change interval – for example, most Porsche specifies oil change intervals of 10,000 or 12,000 miles for most of their cars. How do automakers do this? The same way that they’re creating such powerful engines: keeping all the fuel in the combustion chamber where it does work (and not contaminating the oil) and controlling heat which saps power like no one’s business.

And there are two more reasons: the environment and your wallet. Yes, most waste oil gets recycled but is burned as fuel boilers in factories. Not a clean process. This use of oil could be replaced y much cleaner sources. And with longer oil change intervals, it’s less oil that has to be extracted and imported. The difference between changing your oil at 7,500 miles versus 3,000 over a 100,000 mile period is  25 gallons of oil. Doesn’t sound like much, but multiple that by the 250 million cars and light trucks on the road (but divide in half, because only half change their oil at 3,000 miles) and that’ s 3.1 BILLION gallons of oil. And did you know that just one gallon of waste oil is enough to contaminate a 1 million gallons freshwater marsh?

Oh yeah, and your wallet. If you’re using a coupon every time and buying the budget oil, let’s say your oil change costs $30. By changing your oil at your manufacturers recommended interval (if it’s 7,500 miles), you’d save $600. Longer intervals or using synthetic oils will save you even more. 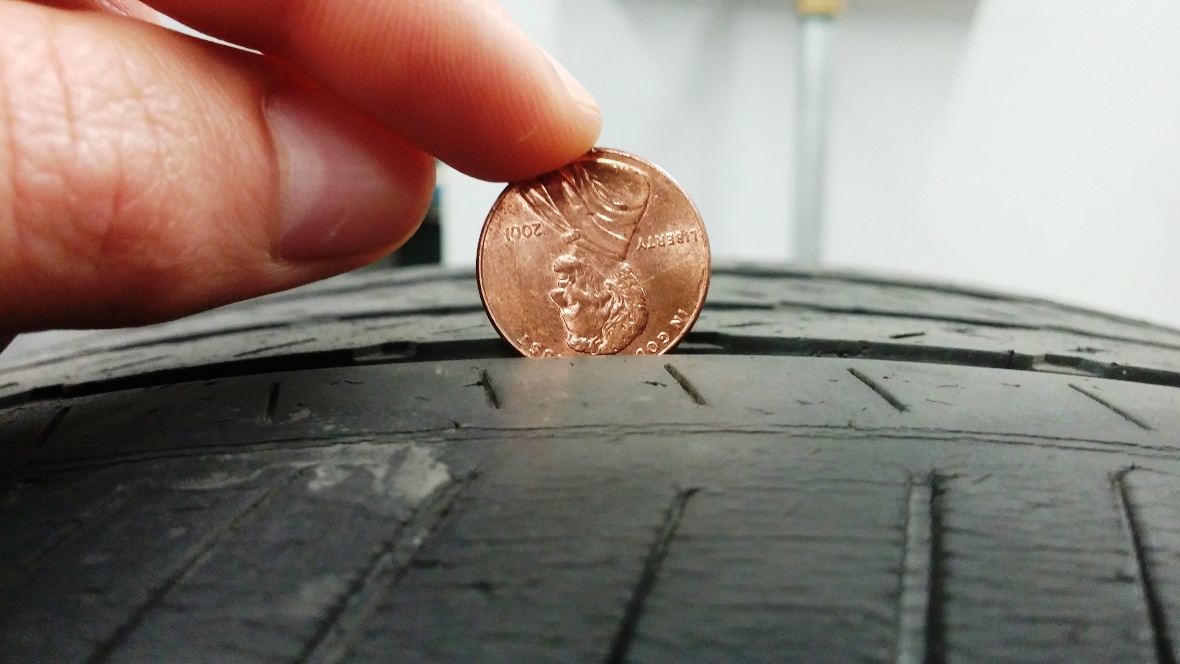 Check out how worn this tire is, even though it’s at the top of Lincoln’s head. That’s why we need to bring George onto the team.

You know the rule – stick a penny into the tread of your tire headfirst and as long as it touches the top of Abe’s head you’re cool. While Abraham Lincoln preserved the Union, he’s not looking out for your safety (sorry about that). You see the top of Abe’s head is 2/32″ (tire tread is measured in 32nds of an inch) and 2/32″ is the legal limit just about everywhere. So what Abe is telling you is to get thee to a tire shop.

A better test is George Washington, which is perfect as we all know he’s incapable of telling a lie. The measurement to the top of George’s head is 4/32″ and a much better gauge of when you should start shopping for tires. There’s also a safety issue involved. A tire with 2/32″ is much more likely to hydroplane than a tire with 4/32″.

Myth Number Four: Don’t buy a car built on a Monday or a Friday 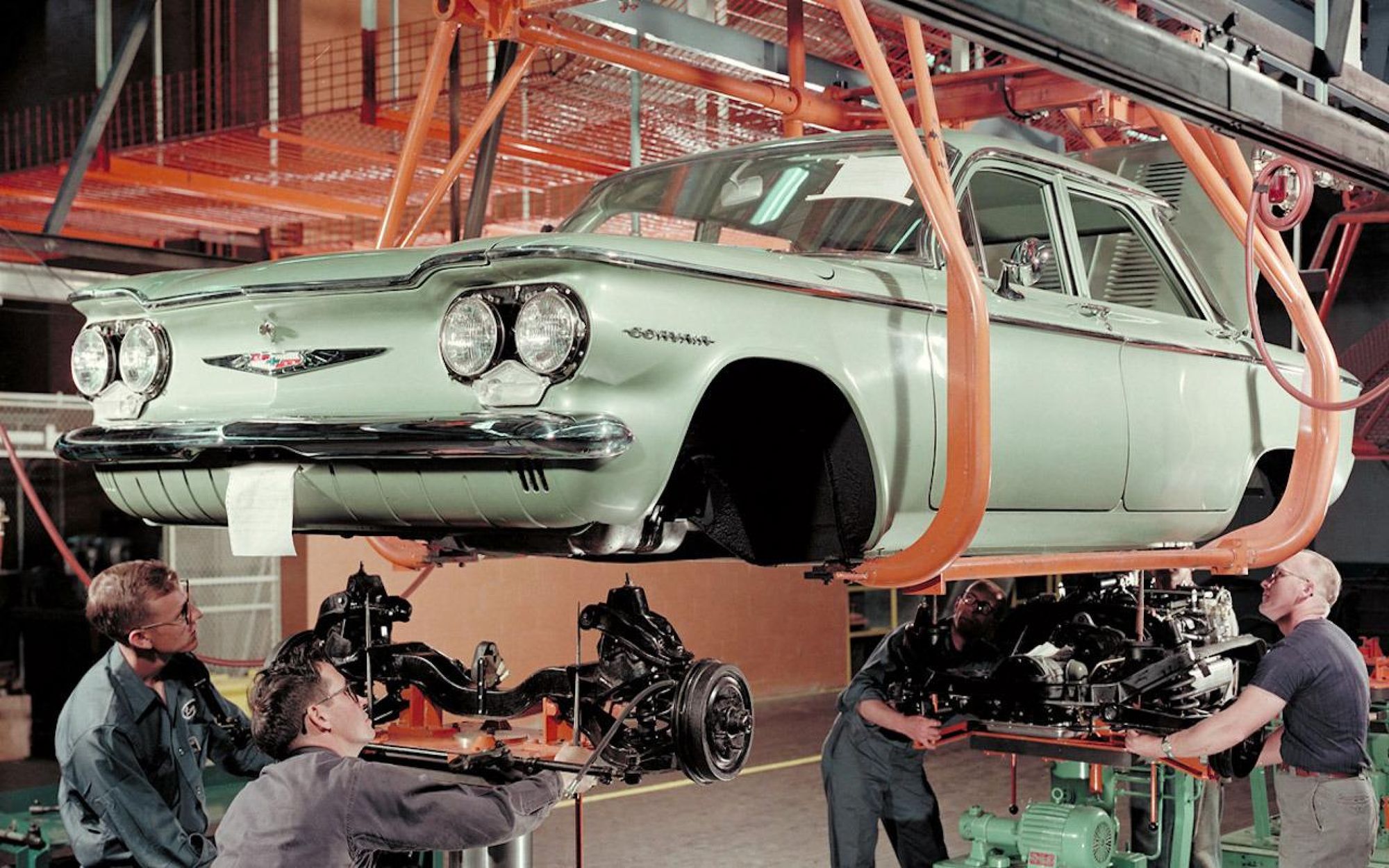 Here’s an early Corvair receiving its engine, transmission and suspension.

This one has been around forever. Back in the days of less cooperative union and management relationships, absenteeism would skyrocket on Mondays and Fridays. With a far better partnership now between the companies that sell the cars and the men and women who make them, this kind of fluctuation in absenteeism simply doesn’t occur.

The root of this misconception was that with fewer workers, the cars wouldn’t be assembled properly as they whisked down the assembly line. The companies had a very simple cure – they just turned down the speed of the line. Fewer cars were built those days but they didn’t suffer any additional quality problems. 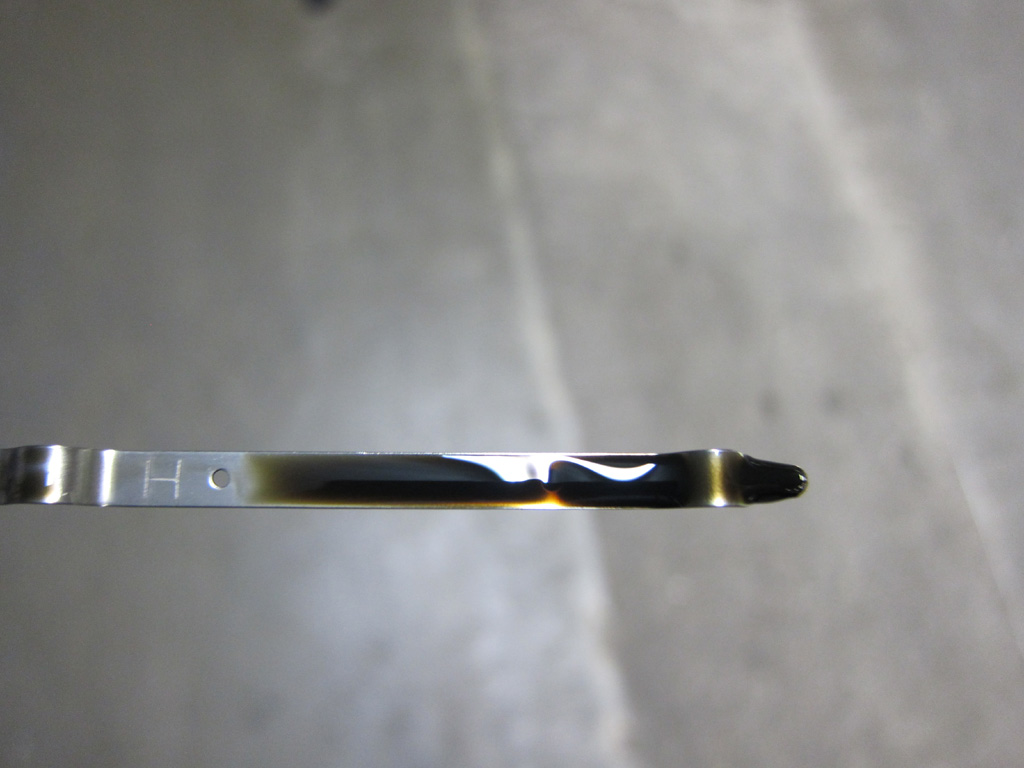 Black is the new black when it comes to motor oil

Engine oil that turns black is actually a sign that the oil is working. Modern engine oils contain detergent-dispersant additives that keep engine internal parts clean by removing carbon deposits and maintaining them in harmless suspension in the oil.

Myth Number Six :You Can Drive a Long Distance on Empty 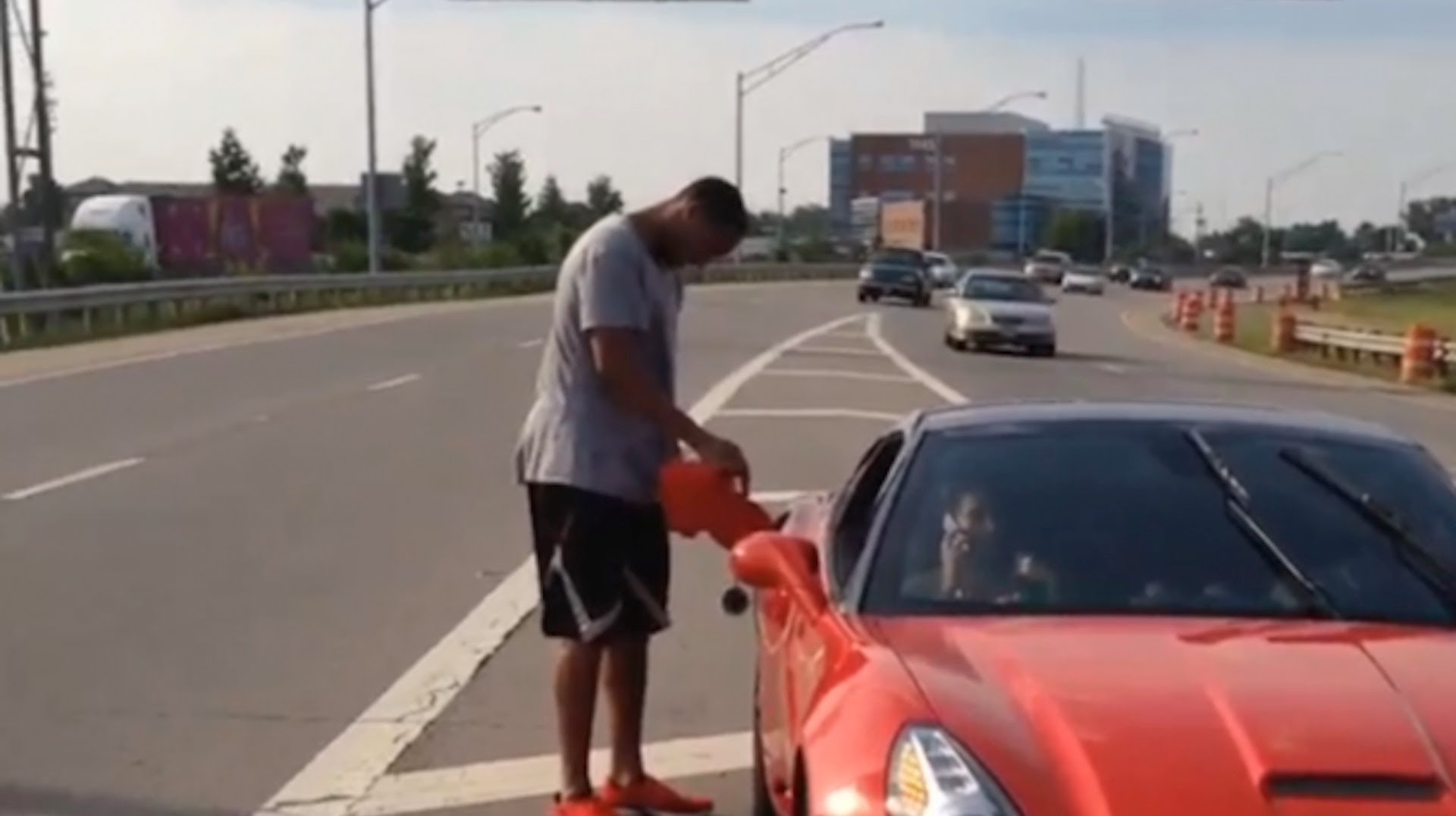 When you’re car hits the E line, there just isn’t much gas left and the car companies, in their efforts to trick you into thinking that you’re getting better fuel mileage than you actually are. Fuel gauges read of a logarithmic scale, which in this case means that burning one gallon of fuel when the gauge reading is at F moves the needle far less than when the needle is close to E. The reality is, and don’t bet on my estimates here, depending upon your fuel tank size, location in the car, location of the pick-up in the tank, and the fuel gauge itself, you may have between 20 and 40 miles to drive from the moment the needle fits E. But that’s a guess, so take it as a warning and refill your tank before it hits E.

Myth Number Seven: Having Work Performed at an Independent Shop will Void the New Car Warranty 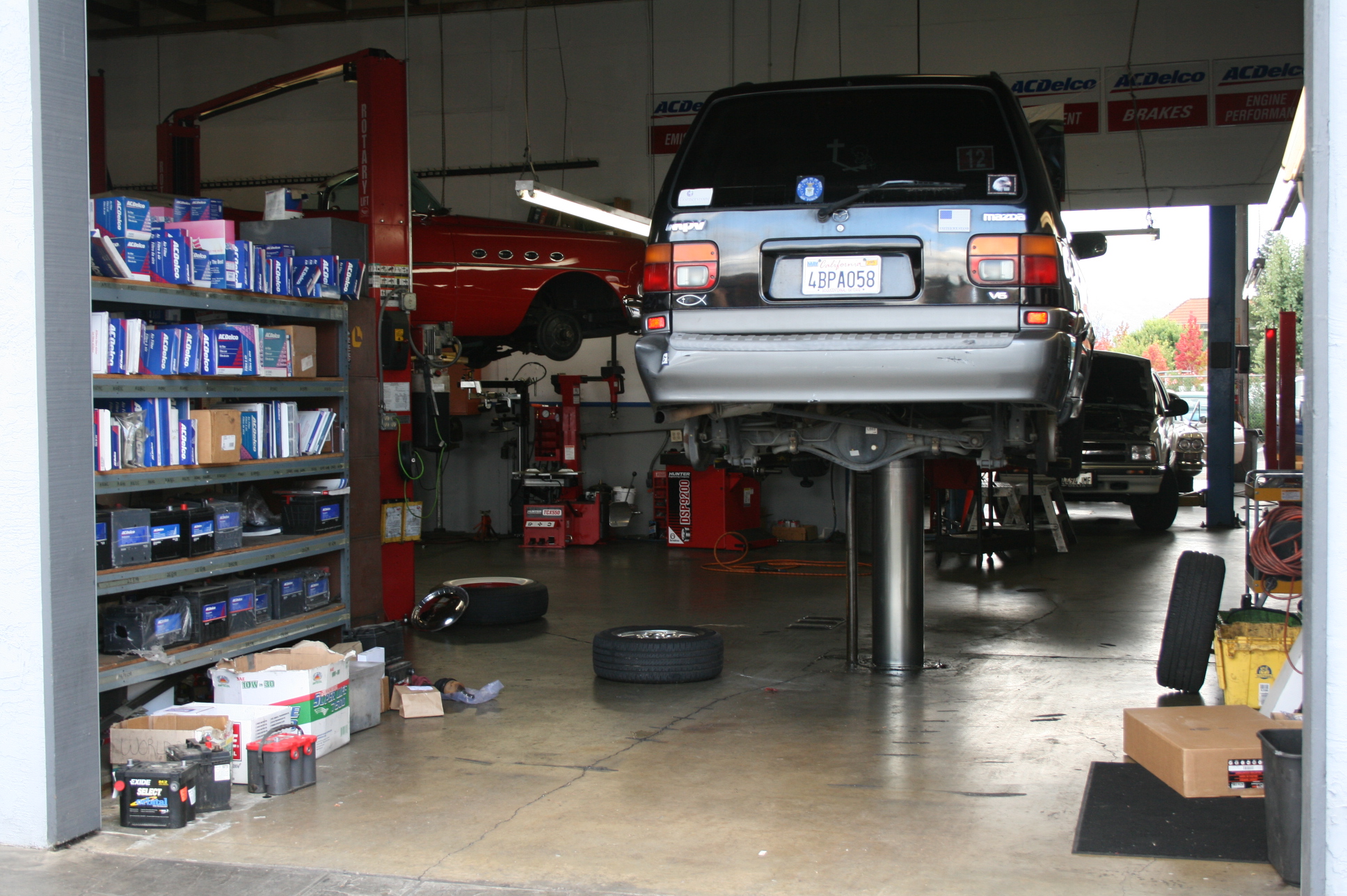 It’s actually illegal for a car manufacturer to deny a warranty claim on the grounds that work was performed at an independent shop, provided: the shop is registered with the state, and work was performed to a professional standard. In some cases, work you’ve done yourself can be used in a warranty claim, like an oil change, if you’ve kept receipts for the oil and filter, with the date and vehicle mileage.