As one of the best-known tuners of Ford vehicles, Roush just created another special version of the new Mustang only the bravest of us all can have. Officially dubbed the Roush Warrior Mustang, this exclusive machine is available only for past or present members of the US military and, more specifically, those that have actually been deployed and served abroad. Based on the 2015 Ford Mustang GT and the 2015 Ford Mustang EcoBoost, this specially prepared vehicle is a unique piece of engineering which you will be able to recognize thanks to some warrior specific elements. 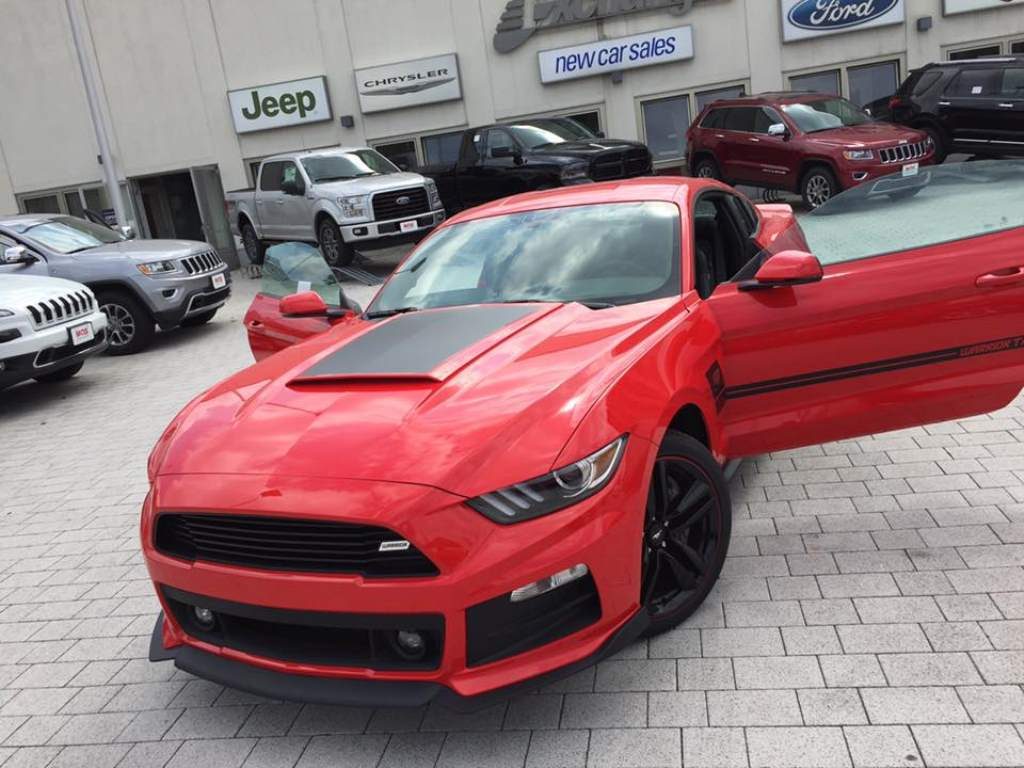 First of all, the plaques on the sides and on the front grille unmistakably suggest that this is a car reserved for a special chosen few. If you ever see this vehicle, the “Warrior” plaque will reveal the exclusivity and you will know that person behind the wheel of that car risked their own life to protect your freedoms at one point. For goodness sake, if you see this car trying to merge in traffic, just let it in. 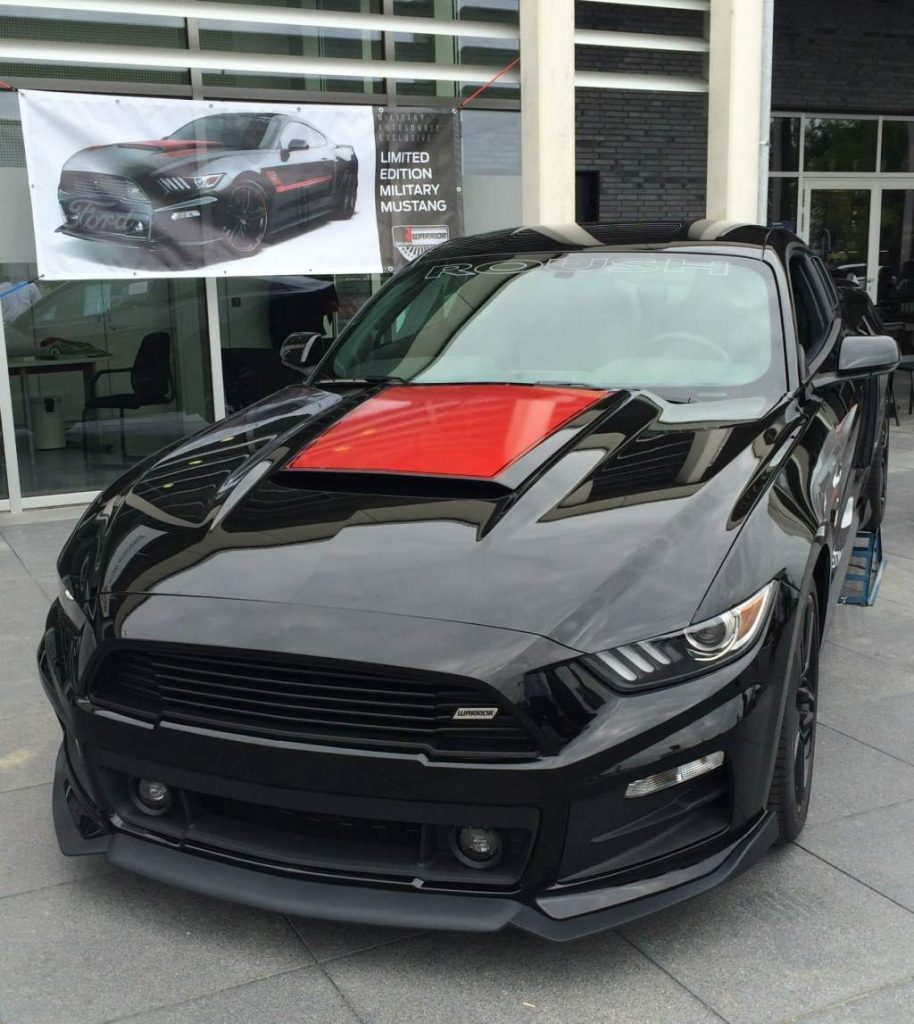 Apart from a few plaques that differentiate the Roush Warrior from any other Mustang, this tuning company, who actually visited the US military bases in Germany, made a whole list of enhancements and changes, drastically improving the performance and the appearance of the newest Mustang. If you look closely at this military mustang, you’ll likely notice a new front chin splitter, new grille, so-called “performance driving lamps”, new hood scoop, and much more.

Actually, just by looking at it, it is hard not to notice the nicely created decals and subtle low-profile rear spoiler. It looks so well thought-out that the spoiler reminds us of aerodynamic additions we saw on the old muscle cars from the Seventies. 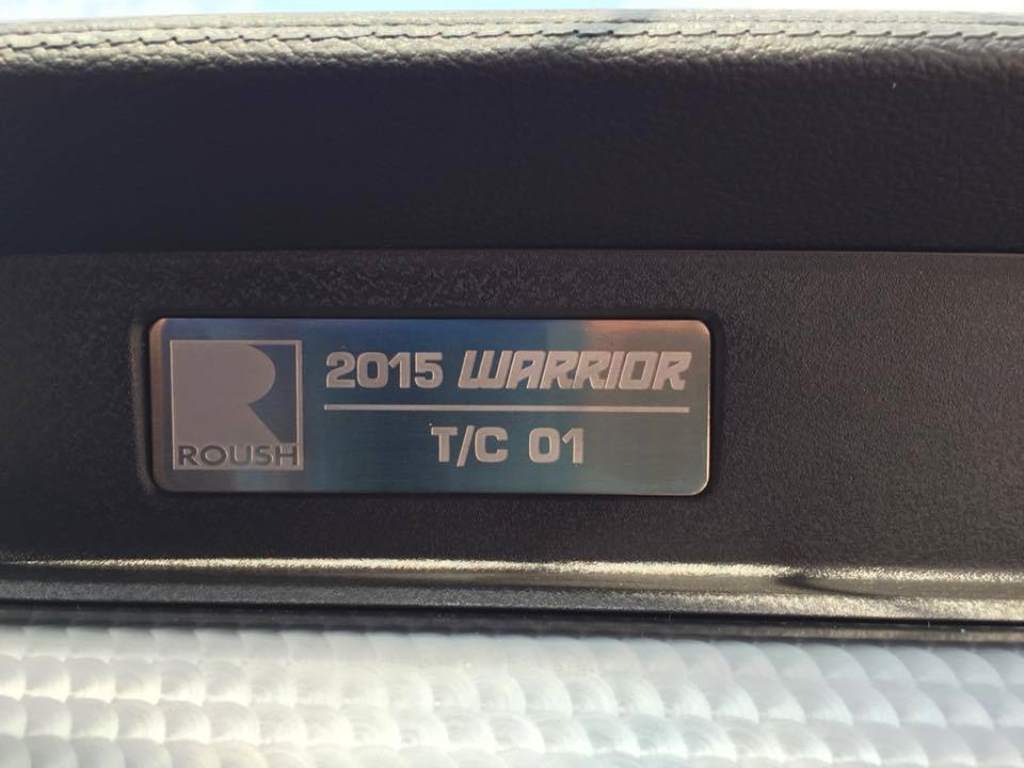 While carbon fiber accents would have been a pretty cool addition, Roush actually opted out of those materials for the sake of making the car a little bit more affordable and attainable for interested service members.

Two versions of the Roush Warrior are available, by the way. The Mustang GT-based Roush Warrior is the one you should get if you are into muscle cars and all that. Powered by a five liter V8, this vehicle received a 2.3L TVS supercharger and a whole kit of enhancements and improvements which bump the power from 405 HP to an insane 627 HP. That’s Lamborghini power in a Mustang, in case you weren’t paying attention.

If you’re less interested in the raw power of the supercharged version and you really just like the look of the car, or perhaps you could do without that tire-roasting capability, Roush also offers an EcoBoost version of exactly the same package. From the looks of things, the performance of the EcoBoost motor has been essentially untouched, but the appearance package is virtually indifferent from the GT version, so you can still look the part and get good gas mileage at the same time. 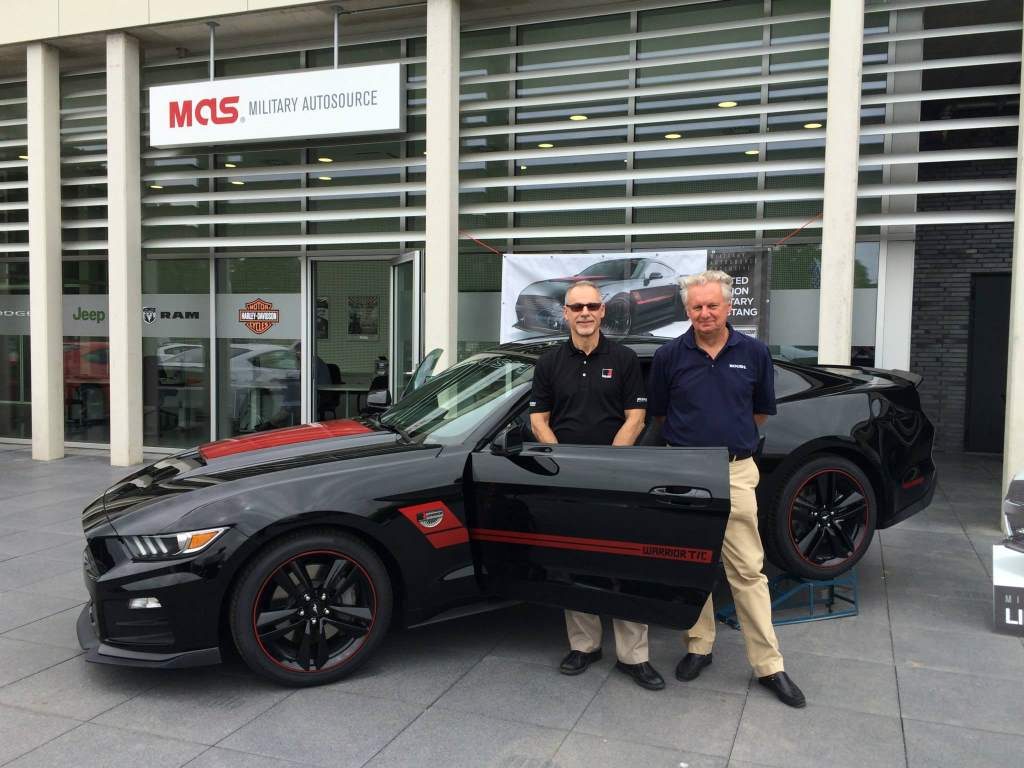 While the engine and the exterior play the biggest role in making this thing as badass as possible, the suspension should keep everything in check. New coilovers were added, the height has been lowered, and everything has been finished off by installing new, larger wheels.

In order to present this magnificent ride to US military personnel, Roush decided to show the capabilities of the Roush Warrior on the Hockenheimring in Germany. In a statement released on social media, the company revealed that “team Roush visited two military bases in Germany to support OMSC’s Warrior program. The ride and drive event was held at the Hockenheim Ring Track in Hockenheim, Germany.”

“It was really cool to allow the overseas soldiers an opportunity to get some seat time in one of our Roush Warrior T/C Mustangs. These Special Edition Mustangs are made exclusively for active military serving overseas. Afterwards, the Ford/OMSC/Roush went on to visit the largest USAF base in Ramstein, Germany.”


Ford Mustang Mach-E 1400 is a Tire-Shredding Beast
10 Most Likely Car Companies to Fail Within a Decade
Best and Worst Lexus Cars in 2020
2021 Toyota Tacoma [Pricing, Special Editions, Photos]
Lotus Factory Tours are Back: The Perfect Excuse For a Visit...
Best of 2019 Mercedes-Benz