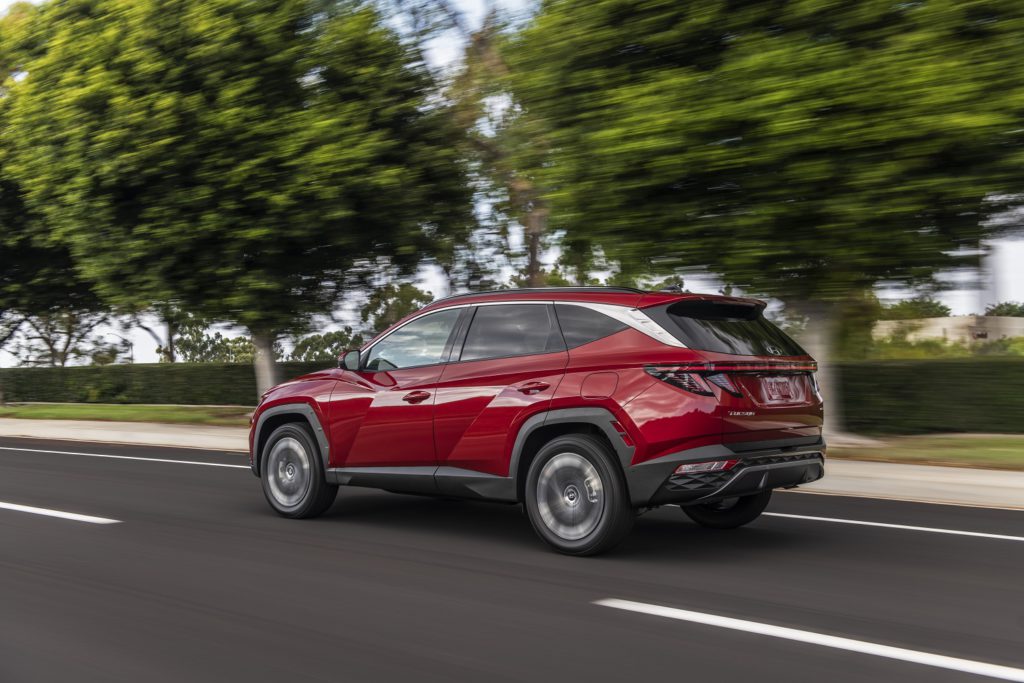 When the 2022 Hyundai Tucson originally made its debut in South Korea earlier this year, it boasted exterior styling that aimed to make it stand out from the crowd, while the interior aimed to be a more luxurious and modern place to spend time. However, we were left wondering if some of its core features would make the transition to U.S. spec models, and what surprises the Tucson was still hiding from prying eyes? Hyundai answered all these questions with the unveiling of the U.S. version of the 2022 Tucson, and it appears that the firm still had some tricks up its sleeve too. 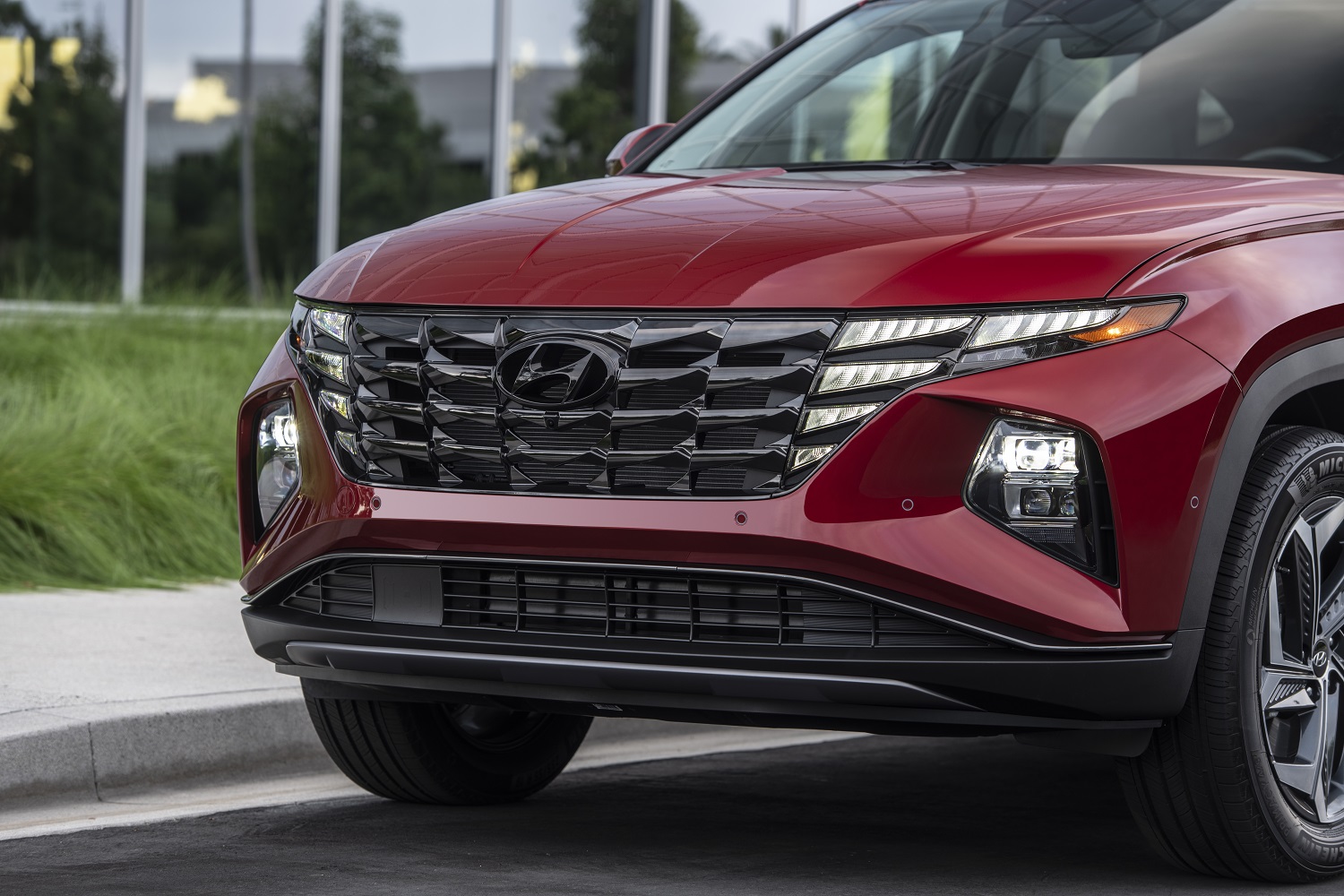 When we last met the 2022 Hyundai Tucson, we were immediately entranced by its revamped exterior styling, and it’s good to see that not much has changed in this regard. The front fascia still takes massive risks and enters the world with an all-new front grille and headlight treatment. Some of the lighting elements are actually worked into the grille, and this will certainly make the revamped Tucson stand out in nighttime driving. The side profile is where the Tucson shares the most ground with the Sonata and Elantra sedans. Unlike other SUVS in its segment, Hyundai designers actually tried to make this typically bland and featureless space more expressive, with bold creases as well as a prominent character line that runs along the upper portion of the doors.

Meanwhile, the rear of the Tucson aims to be the most distinctive in the segment, and incorporates a number of subtle touches to help it achieve its mission in life. Our favorite feature back here is the all-new lightbar that runs from one end of the tailgate to the other. Unlike others in the segment, the Tucson actually steals a page from the Ford Mustang and incorporates four downward jagged lines (two on each side) that help add some pop and make the lightbar stand out more at night. 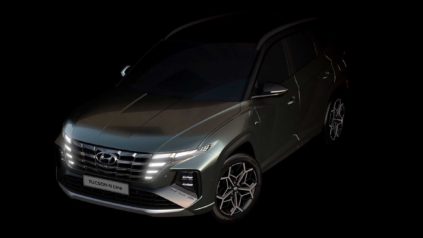 While Hyundai chose to take the wraps off the key players in the 2022 Tucson family, the Korean firm also teased a small surprise in the form of the Tucson N-Line. This latest iteration of N Line is another example of Hyundai expanding the appeal of the performance-focused package to a wider audience. With the Sonata and Elantra N Line models covering both ends of the sedan segment, the Tucson N Line will be the second Hyundai utility offering to feature an N-Line model, with the smaller Kona N Line being the entry-level sporty utility model.

Hyundai chose to not reveal too much about the Tucson N Line, but the three teaser renderings do reveal that some changes are indeed coming on it. The front fascia for example has a lowered appearance, and the grille work appears to be tweaked. The side profile also appears to be lightly beefed up, but the shadows do help obscure some of the finer details. The rear however is perhaps the most heavily revised section of the Tucson N Line. Here, Hyundai designers reworked the rear bumper, and added a more prominent rear diffuser that we suspect is more for show than overall function.

But while the N Line’s exterior styling has been changed, Hyundai chose to remain quiet on what mechanical upgrades will set the Tucson N-Line apart from the rest of the model family. However, the recently launched Sonata N Line does appear to provide some key clues to what will ultimately lurk under the hood. That particular model is powered by a 290 hp turbocharged 2.5-liter four-cylinder engine, and chances are good that this engine will also find its way into the Tucson. While this might not amount to much in the SUV world, this slice of power should be sufficient for most drivers, and also allows Hyundai to have room to work with, in the event the company decides to go all-in with a formal top-spec performance N model. 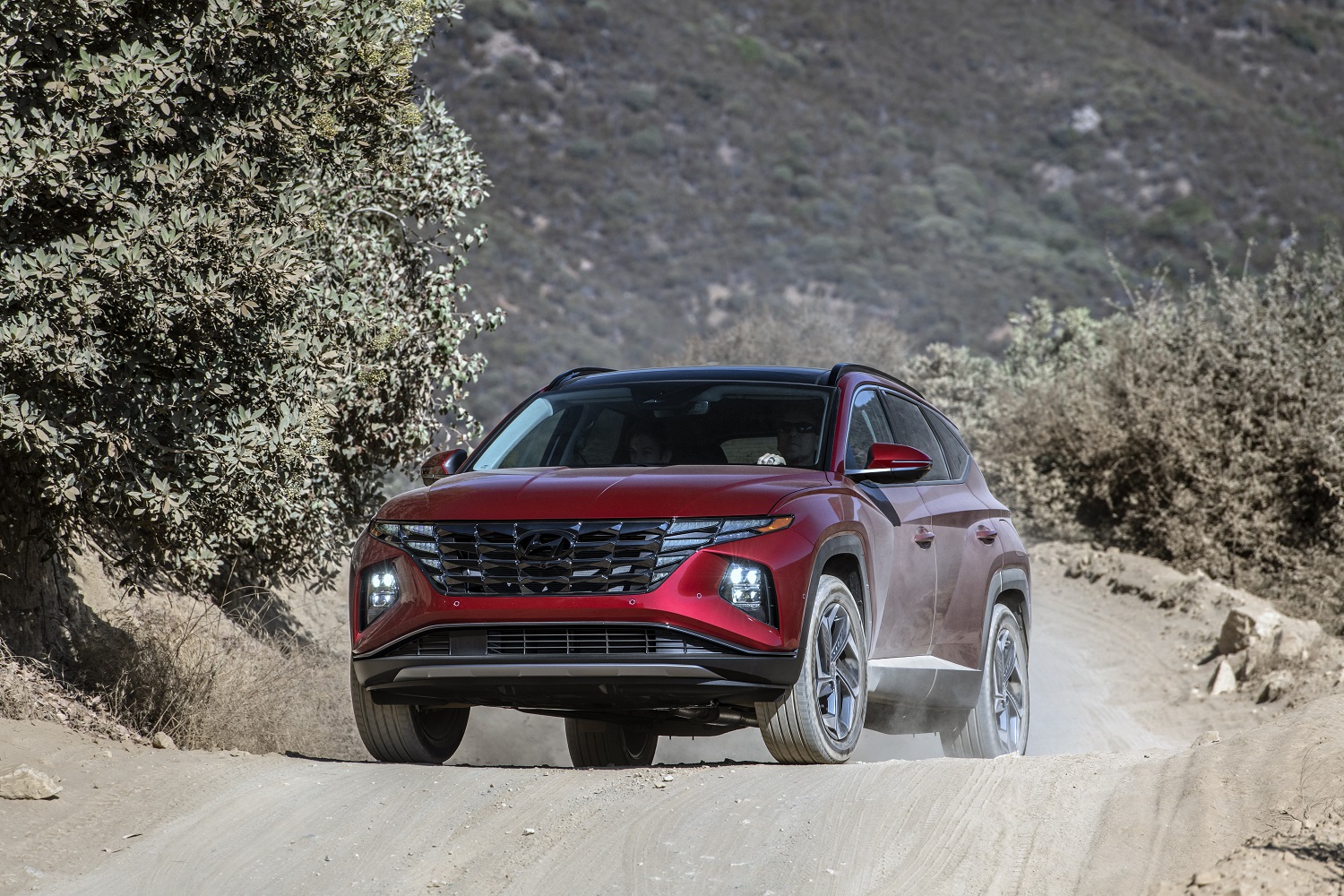 While enhanced on-road performance is always a plus, what if you’re a buyer that prefers to indulge in enhancing your ability to save fuel and the planet? The Tucson has that segment of the market covered too with a pair of hybrid models. The first one is a traditional hybrid and will be powered by a 1.6-liter turbocharged four-cylinder engine paired with a 44.2-kilowatt electric motor and a 1.49 kWh battery pack. This potent combination allows the Hybrid to make 226 hp and 292 lb.-ft. of torque. These figures are noticeable bumps over the Sonata and Elantra hybrids, and we suspect that the Tucson will surprise a few with its performance. But look for the majority of hybrid buyers to be impressed with fuel economy, and the hybrid promises to deliver 30-percent better fuel economy than the default gas engine.

The 2022 Hyundai Tucson will also bring a plug-in hybrid model to the fold with even more fuel economy. Like the standard hybrid model, the PHEV uses the same turbocharged four-cylinder but incorporates a bigger 13.8 kWh battery pack and a 66.9 kWh electric motor. This translates to even more performance, with the combination producing 261 hp. While this is a potent amount of performance the Tucson is still outgunned slightly by the Toyota RAV4 Prime which makes 302 hp from its powertrain setup.

The Tucson PHEV features an incorporated 240-volt charger, with Hyundai claiming that it can bring the battery to a full charge in two hours. It also revealed that the Tucson PHEV will have up to 28-miles of all-electric driving range and achieve 70 MPGe. Both of these are also behind the Toyota, but look for that to not matter much in the eyes of brand loyalists, especially those looking to have a utility that manages to beat the RAV4 in the looks department.

When Can I Buy One? 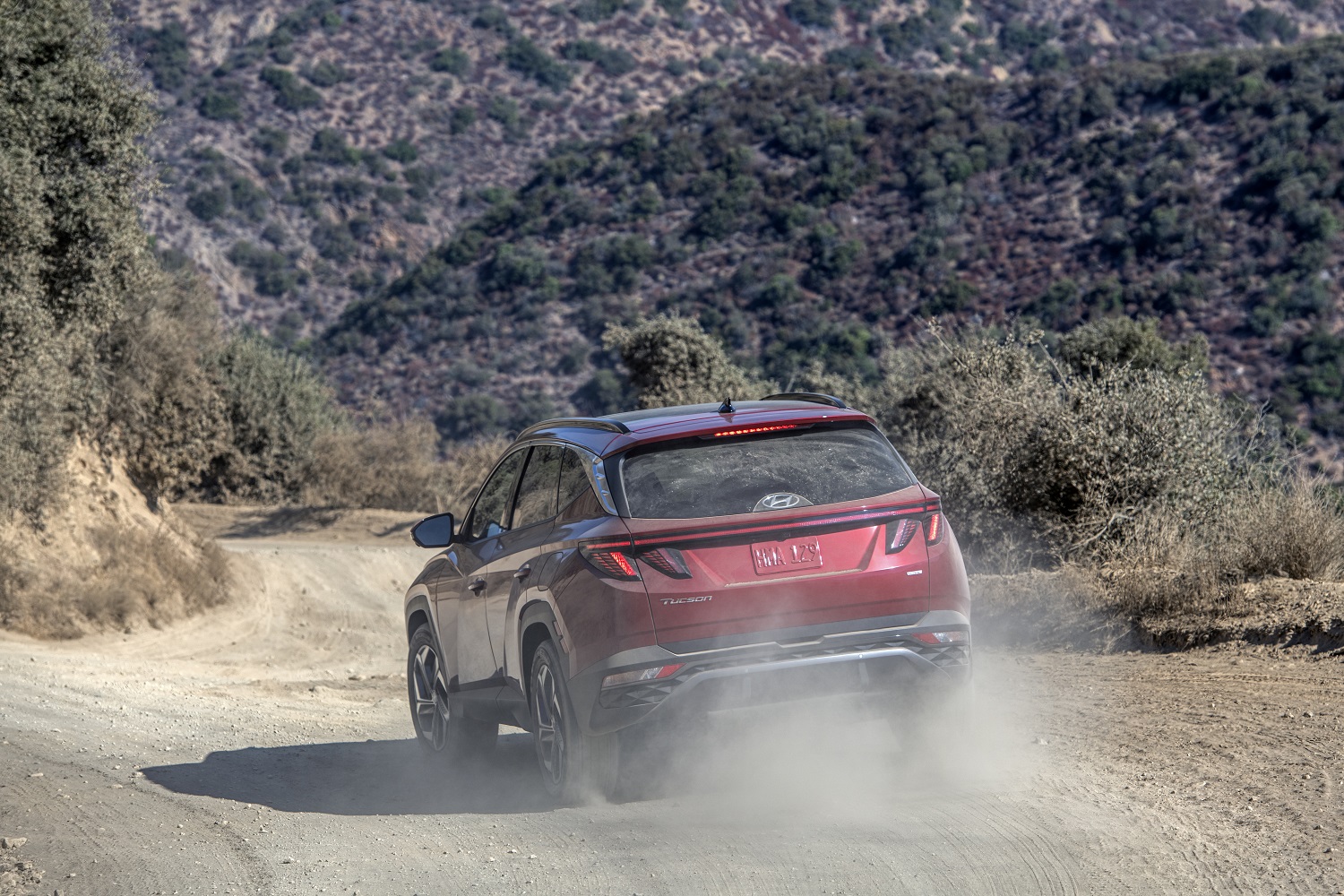 The 2022 Hyundai Tucson will begin rolling out to dealerships in spring of 2021. Hyundai has not released formal pricing for U.S. consumers yet, but it’s known that the gasoline and hybrid models will arrive first. The plug-in hybrid version will bring up the rear, and make its appearance in showrooms this summer. Look for pricing to not deviate too much from the current generation Tucson in its standard form, but both the hybrid and its plug-in counterpart will most likely command a small premium in their respective sticker prices.