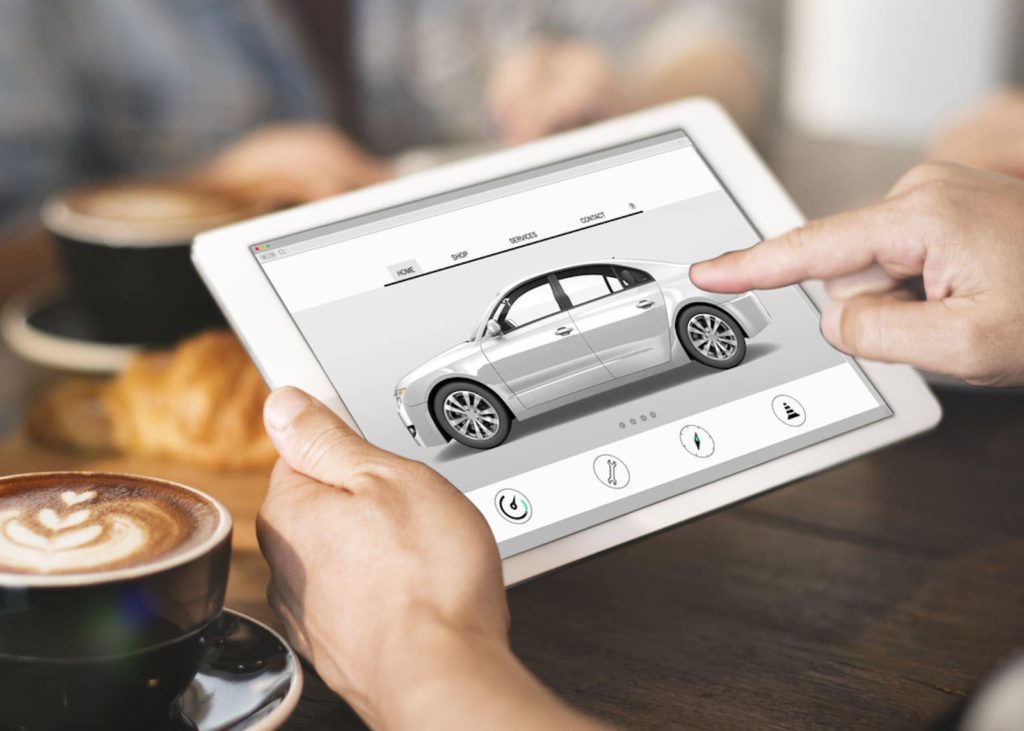 If you’ve gone looking for a new car, truck, or crossover in recent months you likely were surprised by how very few vehicles your local dealers had on the lot.

Dealers had fewer than 1 million vehicles in inventory last month, reports J.D. Power, compared to an industry norm of more than 3 million. COVID and the subsequent shortage of semiconductor chips catch much of the blame. And, with Ford, Toyota, and other manufacturers still being forced to curb production, the situation isn’t likely to improve anytime soon.

If you’re willing to wait a bit, however, you may be in luck, said Stephanie Brinley, principal auto analyst with IHS Markit. “If you preorder that’s the best way to get what you want. Otherwise, you have to settle for what’s on the lot – if you can find anything.”

The number of car shoppers who are, indeed, preordering their new vehicles and having them built to order has skyrocketed over the past year, industry insiders report. About 41% of those who responded to a new survey by Cars.com said that’s the route they plan to follow when buying their next vehicle.

Since the earliest days of the auto industry, buyers have been able to order a vehicle in advance. Indeed, that’s the norm in Europe and many other parts of the world. But U.S. shoppers traditionally have wanted instant gratification and expected to drive into a dealership with their old jalopy and then drive home with a new model the same day, said Dave Gardner, the executive vice president of U.S. operations for Honda.

Ongoing inventory shortages have been a major factor behind the shift, but there are other good reasons why more Americans are now willing to preorder. Automakers have made the process a lot easier than ever, with new websites that simplify choosing the precise model, color, features, and options you like.

The Cars.com survey also found that “38% of current car shoppers expect to complete the entire car-buying process online, with another 38% intending to do all the paperwork online but purchase their vehicle in person.” In many cases, that only involves putting a “wet” signature on the final sales documents where required by state and local laws. 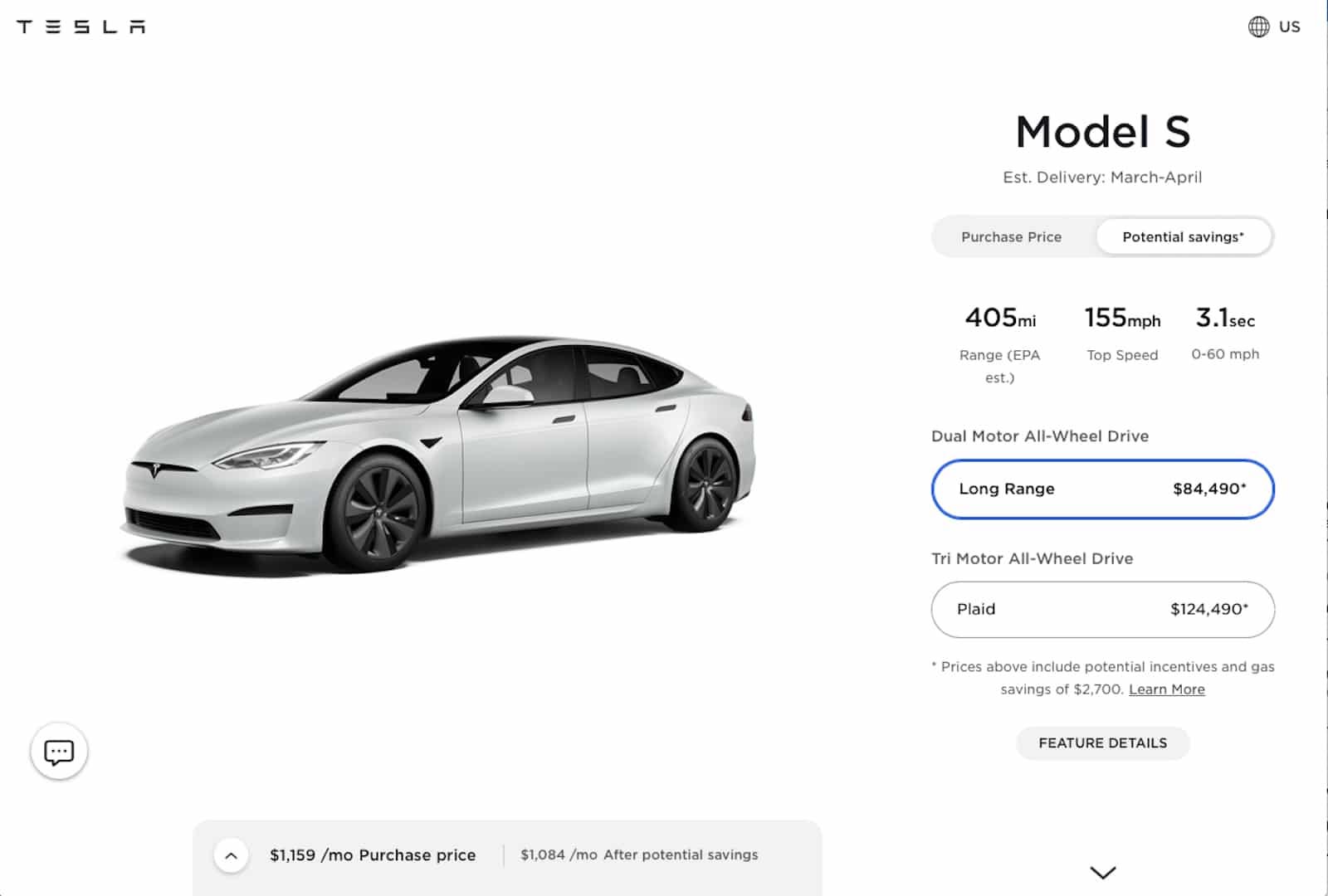 The question is whether these changes are just a temporary adaptation to COVID and inventory shortages.

Brinley agrees, and says automakers and auto dealers are actually the ones who will continue to promote the new build-to-order model. Just check their financial reports to understand why. Despite a sharp decline in production and sales during the final three months of 2021, Ford and General Motors handily exceeded Wall Street earnings estimates for the quarter. Dealer groups like AutoNation have reported record profits of their own since the pandemic began.

“Automakers and dealers have learned that running with leaner inventory is a more profitable proposition,” said Brinley, adding that advance orders let manufacturers build precisely what the market wants, rather than having to guess what might sell ahead of time. “So, they’re likely to encourage future buyers to preorder.” 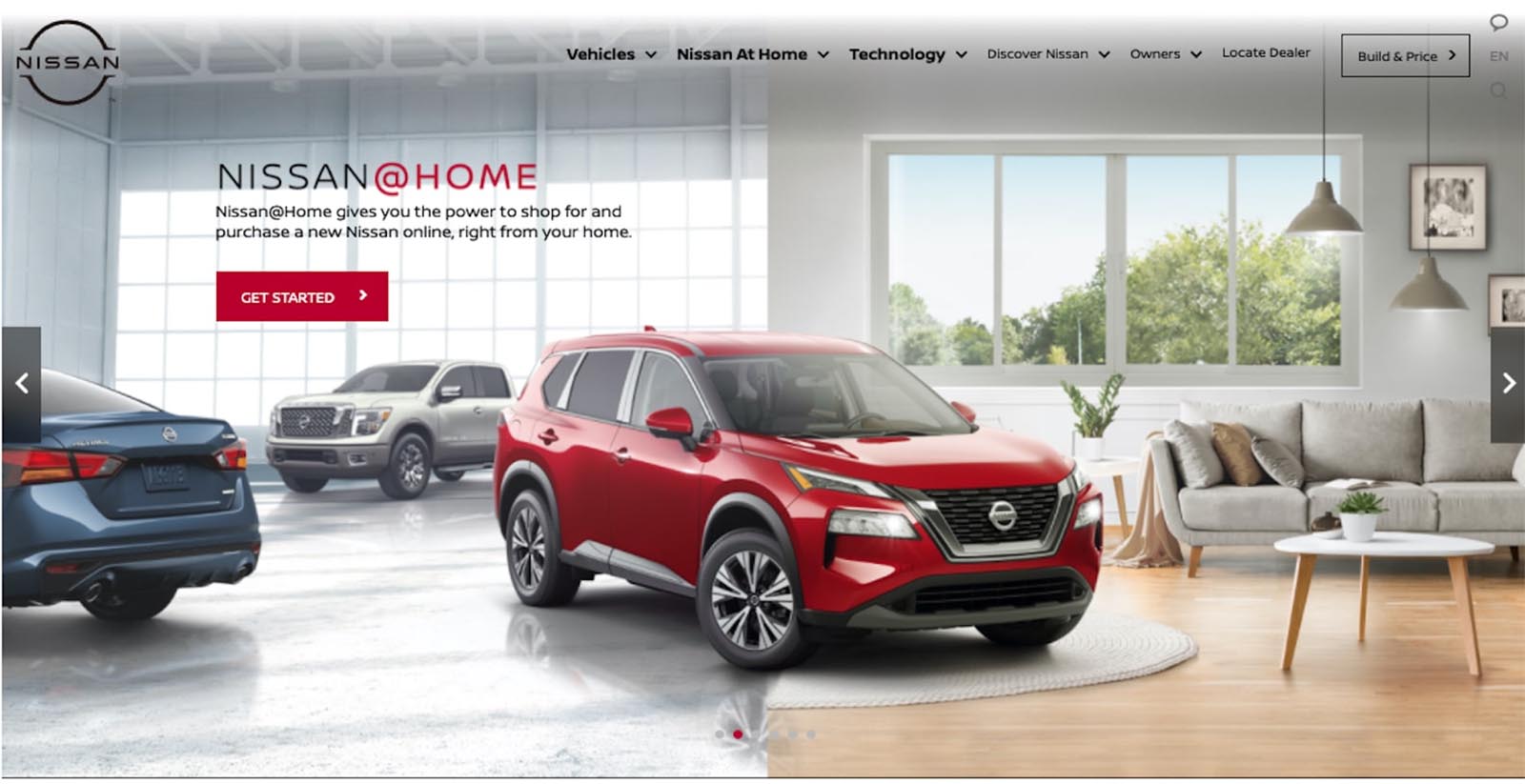 In fact, they already are. Carmakers including GM, Ford, Toyota, Kia, Hyundai, and Tesla have set up special sites letting shoppers place advance reservations for a number of new products. Those shoppers then get the first crack at actually ordering the vehicle the way they want it. 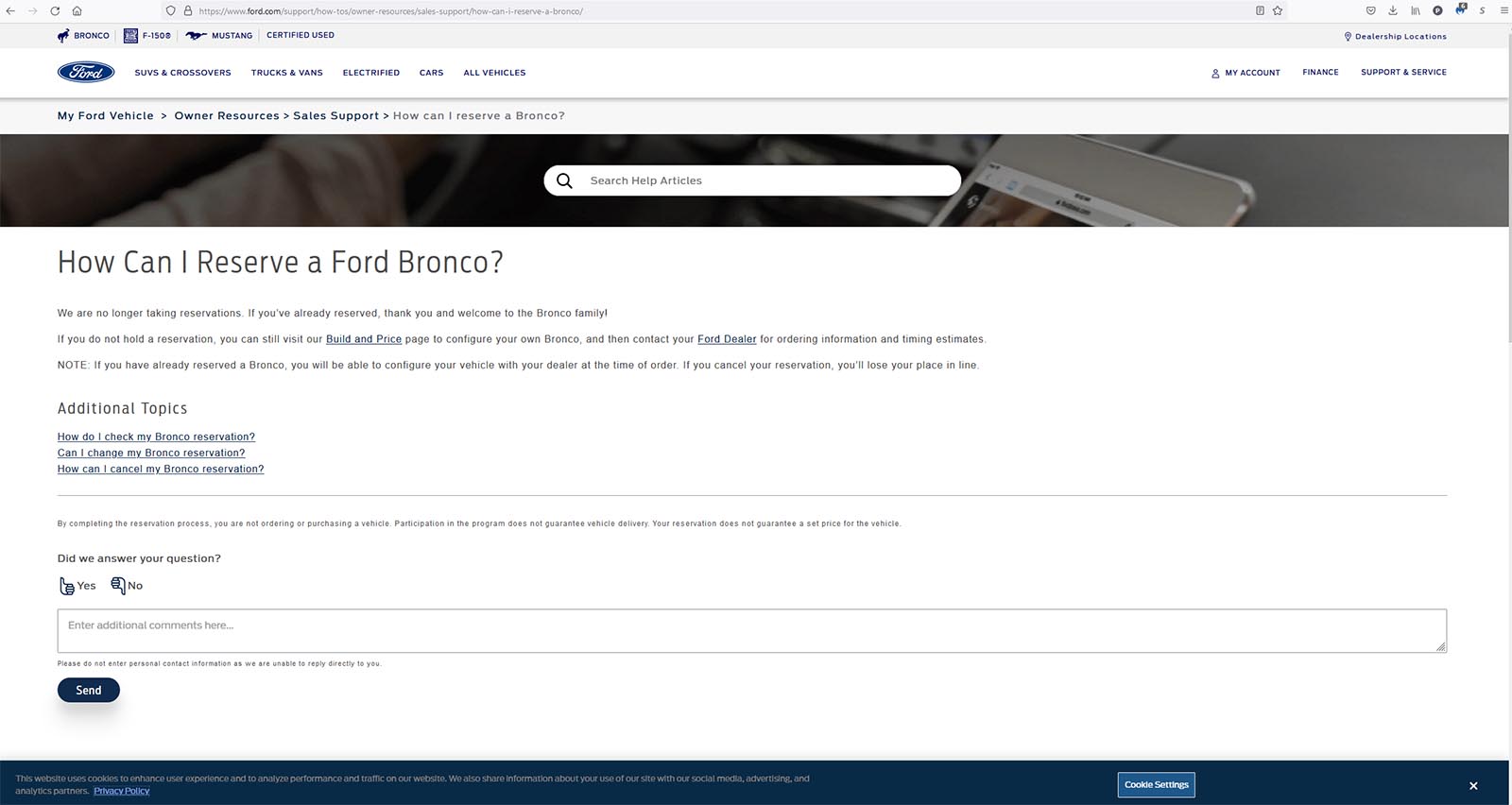 That’s been a popular approach with some of the new battery-electric models just coming to market, like the Ford F-150 Lightning and Kia EV6, but Ford also used that approach for the new Bronco SUV and has lined up enough advance orders it will take until 2023 to fill them all. It recently suspended taking online orders for Bronco because of the current backlog.

CEO Mary Barra recently indicated GM likely will cut the number of vehicles it keeps in dealer inventory by a third or more going forward. And other manufacturers have outlined similar plans.

Obviously, not everyone can wait for a new vehicle to be built. That typically takes a minimum of a month, and two to three months is not out of the norm. It can be a particularly time-consuming process when you’re buying a vehicle built in Europe or Asia where shipping times alone can run to six weeks or more.

And there will always be buyers who simply demand that instant gratification or who don’t want to go through the process of choosing colors and options. 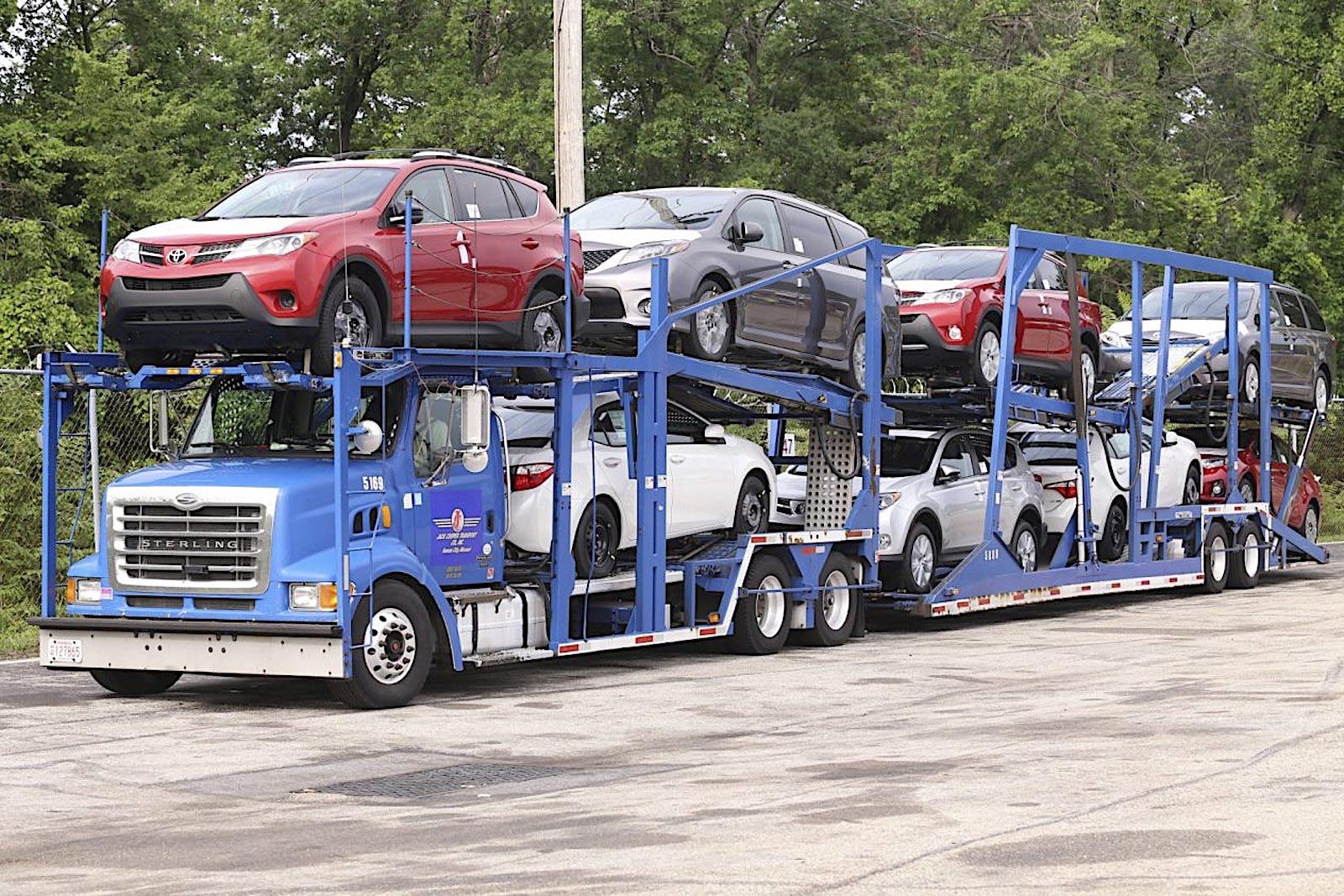 A halfway measure is to check with your local dealer to see what they might have already ordered and see what vehicles are in transit. That could give you more choice by beating other buyers to the punch once those vehicles actually arrive at the dealership.