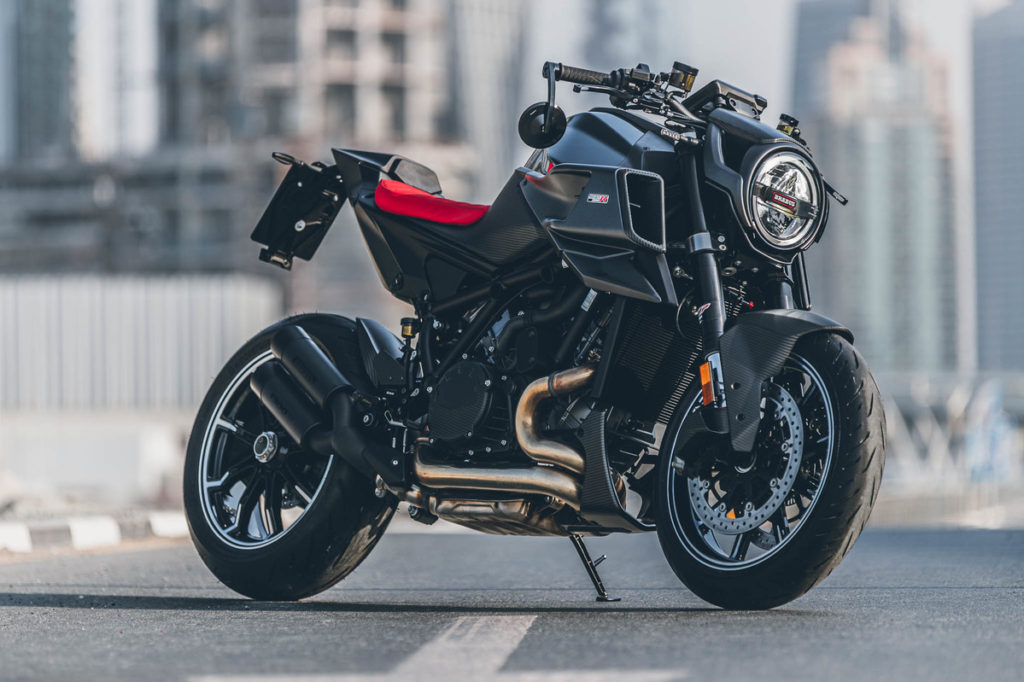 If you went to a Brabus-sponsored event, you’d be more likely to offer your cigar cutter to a foreign dignitary than you would be to get dirt on your shoe. The vibe at KTM, meanwhile, is the polar opposite. If you didn’t catch shrapnel from a nearby rooster tail, it would probably mean you were in the bathroom.

Now, picture a collab between the two powersports tastemakers; what you’re seeing is the Brabus 1300 R.

The bike, it says, combines “high-end elegance with brutal performance” in a big, burly package. We see what Barbus means: the V-twin engine cranks out 180 HP at 9,500 rpm, but the (heated) seat cushion is audaciously plush. 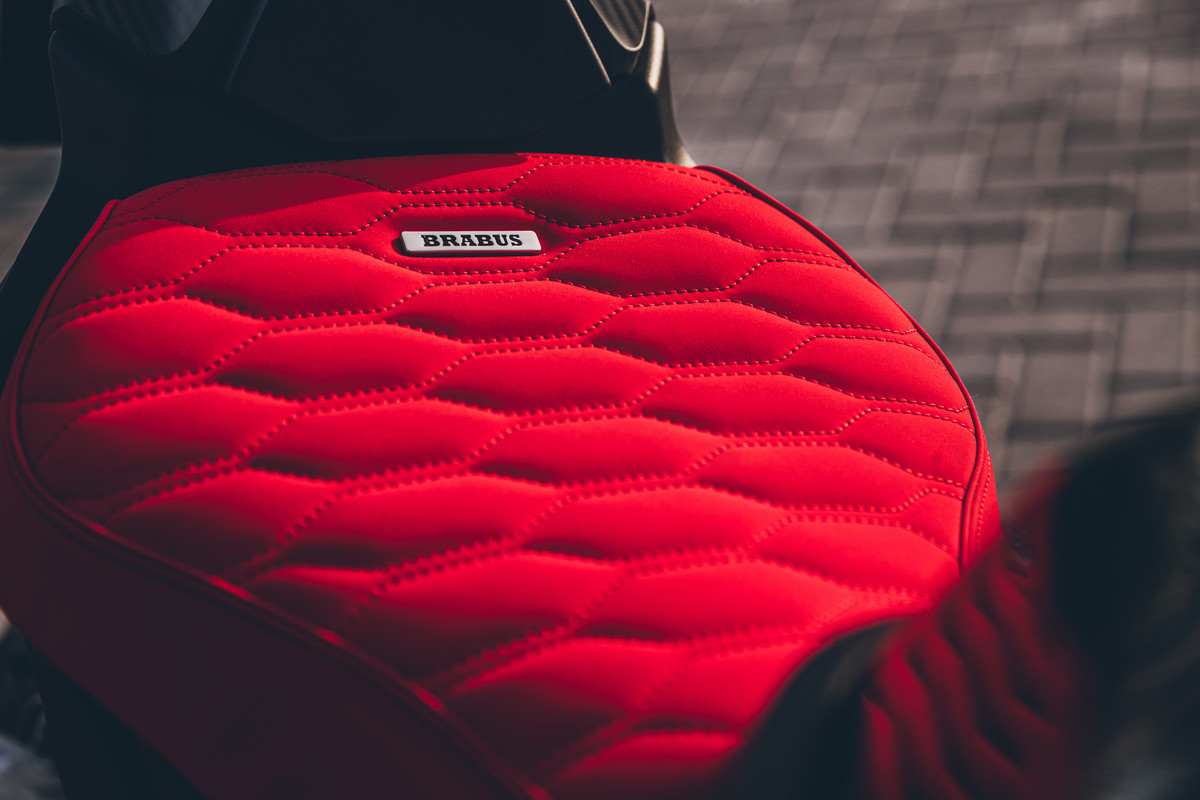 The V-twin looks a lot like the powerplant in KTM’s 1290 Super Duke RR, the brand’s heavyweight naked entry. That engine, it has claimed, is the most potent V-twin in the naked bike category.

The rest of the bike looks like pure Brabus drip. Double pipe exhaust, yawning intakes on the fairing, and a cafe-style single headlamp make for an odd, bullish visual signature. 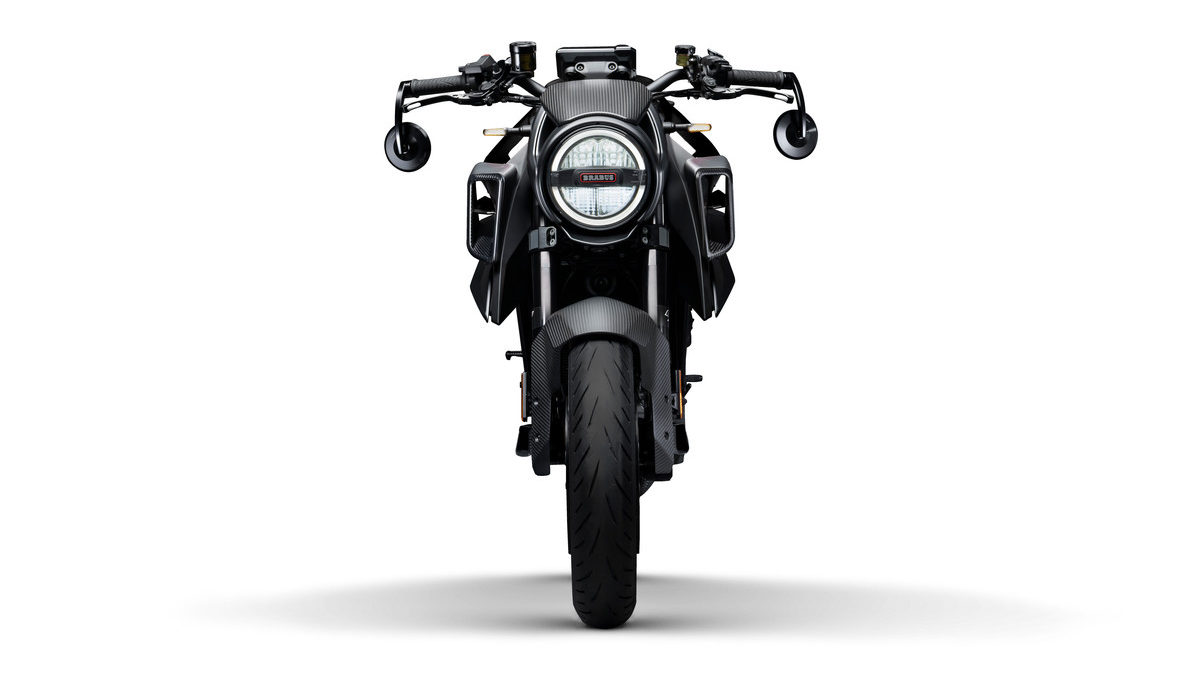 WP components handle the semi-active suspension, which should help the ride along with six selectable damping modes.

In an apparent bid to bolster what it calls “a new standard for exclusive high-performance desirability,” Brabus offers the 1300 R on an acutely exclusive basis. 154 bikes will be built — 77 in “Signature Black” and 77 in “Magnum Red.” On top of that, pre-ordering goes live on Valentine’s Day. 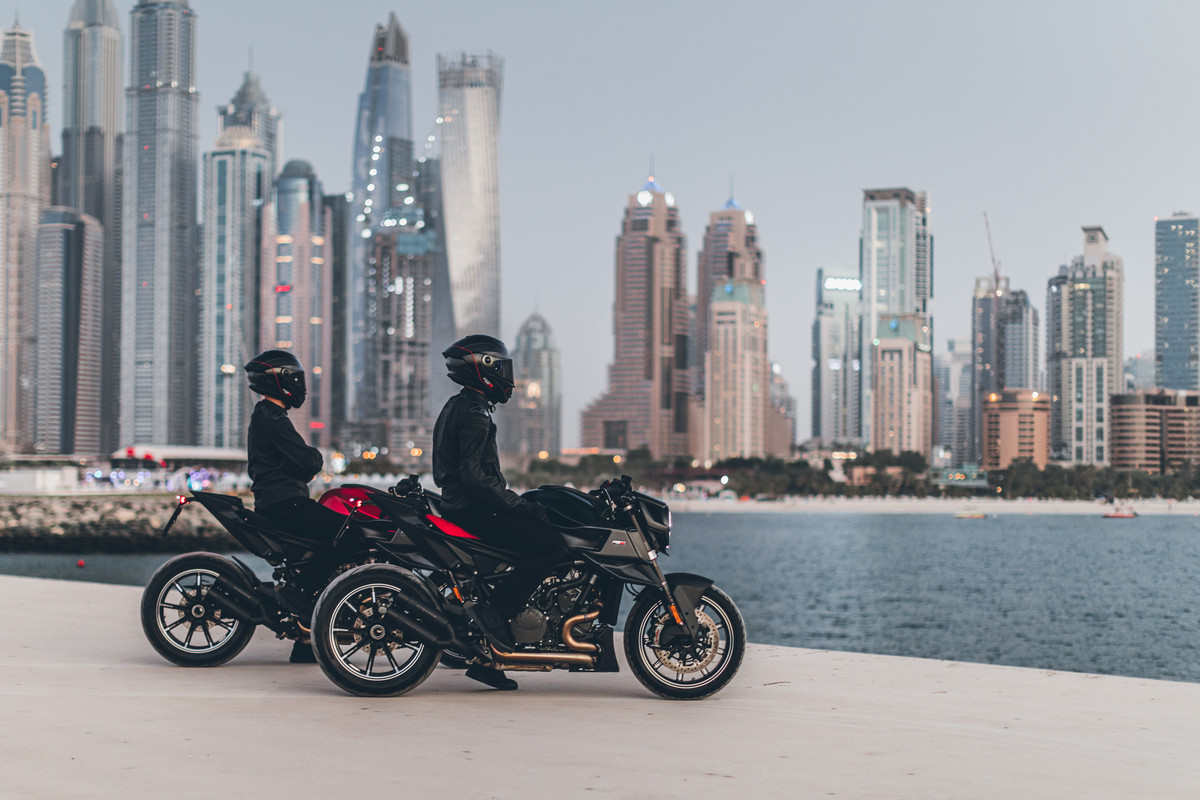 KTM’s website is the only place to pre-order the Brabus 1300 R. The countdown is on, and the gates open on Monday, February 14 at 9 a.m. eastern. Complete with plates that confirm each unit’s limited edition number; when they’re gone, they’re gone.

(UPDATE 2/14/22: It took less than 2-minutes for all 154 Brabus 1300 R motorcycles to sell out. KTM has created an online waiting list, however, on the off chance a reservation is canceled.)