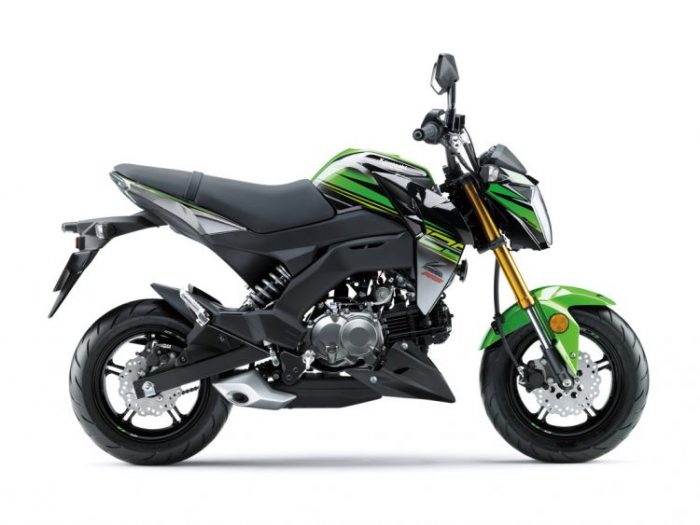 The Kawasaki Z125 Pro is going to see some nice little upgrades for 2018 – but is it enough to unseat the Honda Grom as the coolest little bike on the market? There’s no denying that the Honda Grom moved the goalposts in the 125cc department when it arrived on the scene but now that Kawasaki has stepped up to the plate – and with talk of Yamaha and Suzuki bringing something to the table soon, too – is there room for a new shark in the 125 waters? 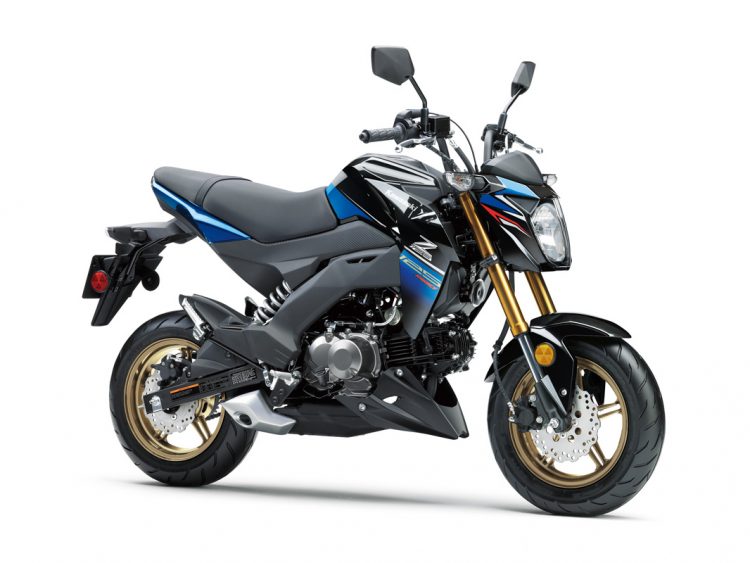 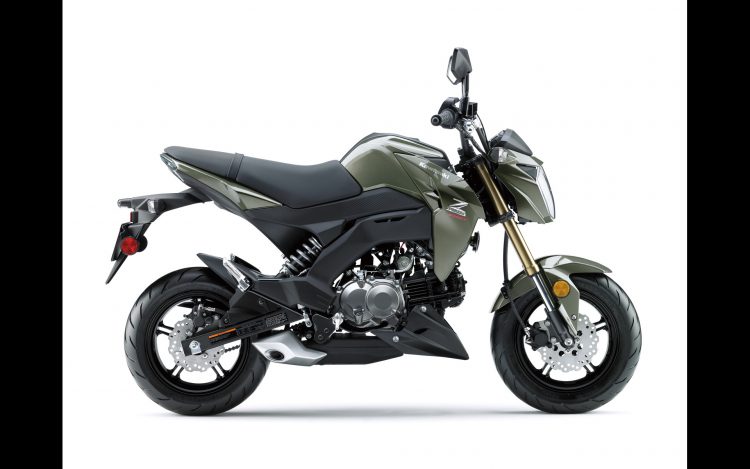 The Honda Grom will still be everyone’s favorite over the next couple of years. The name is instantly recognizable, there’s a whole sub-culture that surrounds the machine, and it’s an established known-quantity. If you’re looking for something easy to maintain and can transport you short distances without a fuss, and at a reasonable price, then the Grom delivers what you need. But don’t discount the Kawasaki Z125 Pro. It may not have the following as the Honda MSX125, but the Kawasaki offering is not to be dismissed. 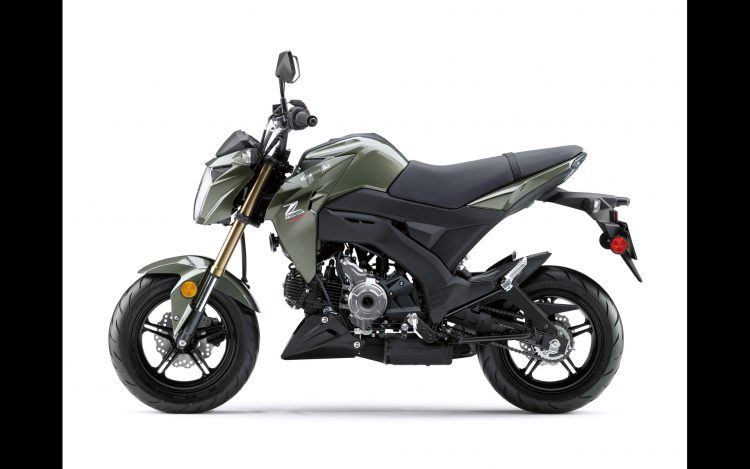 For 2018, the Kawasaki Z125 Pro will come equipped with a slightly redesigned 2-gallon gas tank, a riding height of 31.50 inches, a wet weight of a mere 225 pounds, and a performance suspension set up that’s “suitable for comfortable and sporty riding” – and it can handle a pillion…if you’re really into getting up close and personal with your passenger. And don’t scoff at the Kawasaki Grom killer’s 125cc engine, because it certainly can handle both rider and passenger. It might mean you both have to lay off the burgers if you’ve got any plans on climbing a steep incline, but it can do it. 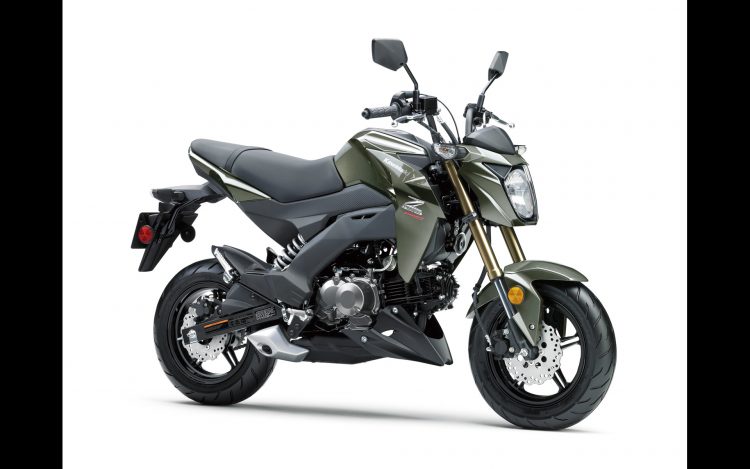 The engine itself is a SOHC fuel injected unit, which comes equipped with an automatic compression release – Kawasaki Automatic Compression Release (KACR) – and is apparently tuned for sharp and fast acceleration. Naturally, since it’s only a little thing, it’s only got four gears to choose from, but that’s all you need for zipping around town. 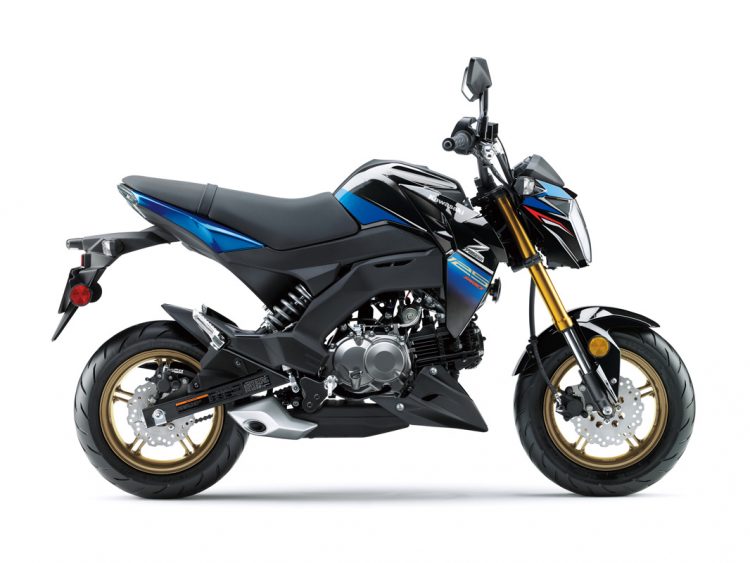 Back to that “performance” suspension: the 30mm USD style forks are held in place by aluminum triples at the front, while the rear shock sits mounted to a box-section swingarm. The rear shock is also adjustable, too – and it needs to be if you’ve got any plans on traveling two-up on this little machine. And for the record, don’t forget that in Asian nations, it’s not uncommon to see the whole family and the kitchen sink on a sub-125cc motorcycle, so it can definitely do it. But don’t feel obliged to try. 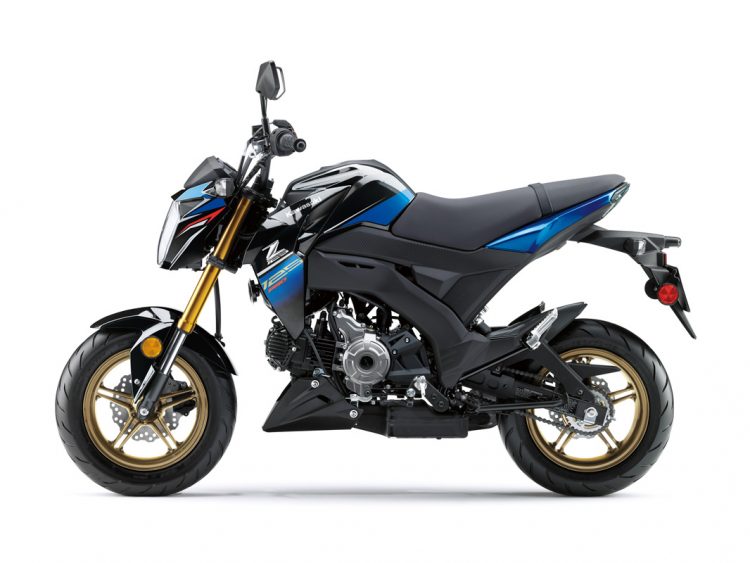 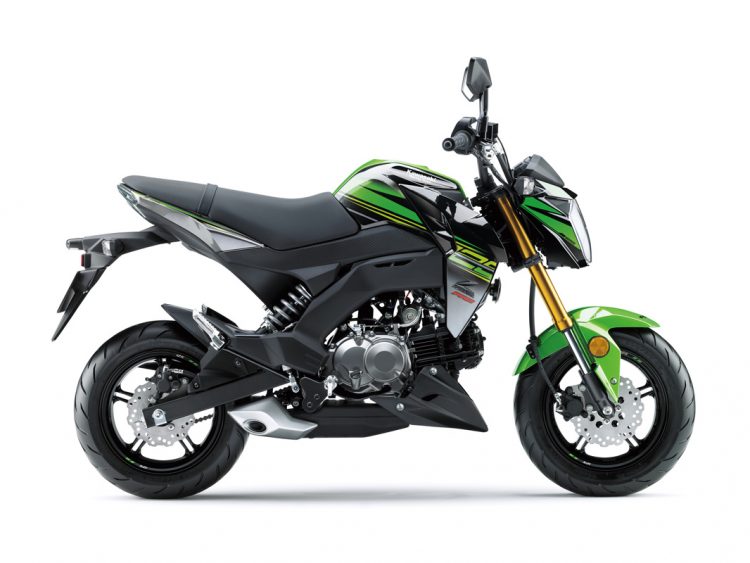 And how much does this cool little package cost? Well, the 2018 Kawasaki Z125 Pro is priced at a rather affordable $3,199. For that price, you can choose to have it in either Metallic Courage Gray, or if you can find a Special Edition version, you can have it in Candy Plasma Blue with Metallic Spark Black. 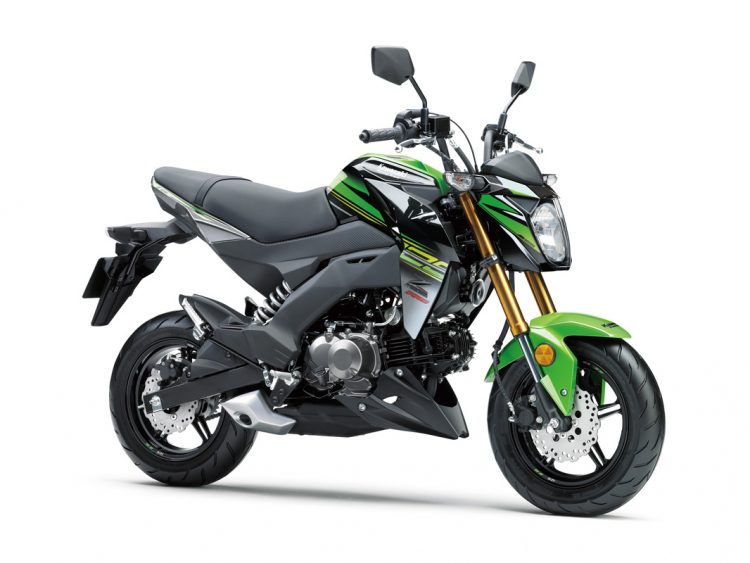 For $200 more, you can invest in the Kawasaki Z125 Pro KRT edition, which comes in the classic Kawasaki Lime Green and Ebony color configuration. Not a bad deal if you want something like a Kawasaki Grom don’t feel like joining the Honda club.