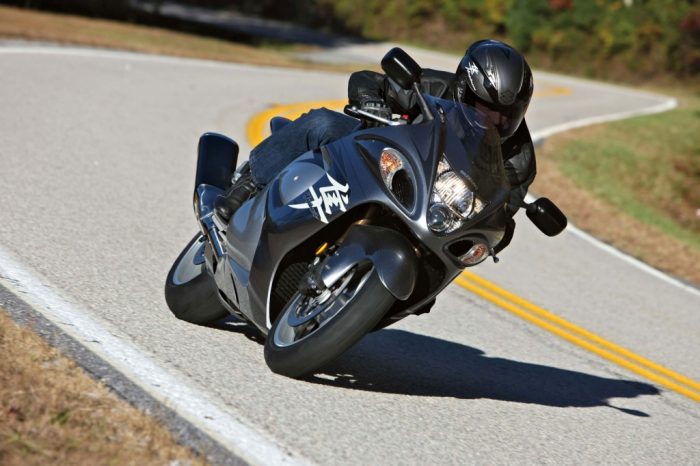 More than a decade after the initial launch of the Suzuki Hayabusa, the powerful sport bike is determined to retain his title as the fastest bike in the world. Each year the bike seems to get more powerful, faster, and more aggressive. But the Hayabusa still retains its docile and manageable characteristics when the RPMs are kept low. Grab the throttle and give it a yank and the Hayabusa lays down almost 200 horsepower while rocketing through the ¼ mile in about 10 seconds; as fast as a Bugatti Veyron – and at a fraction of the price. 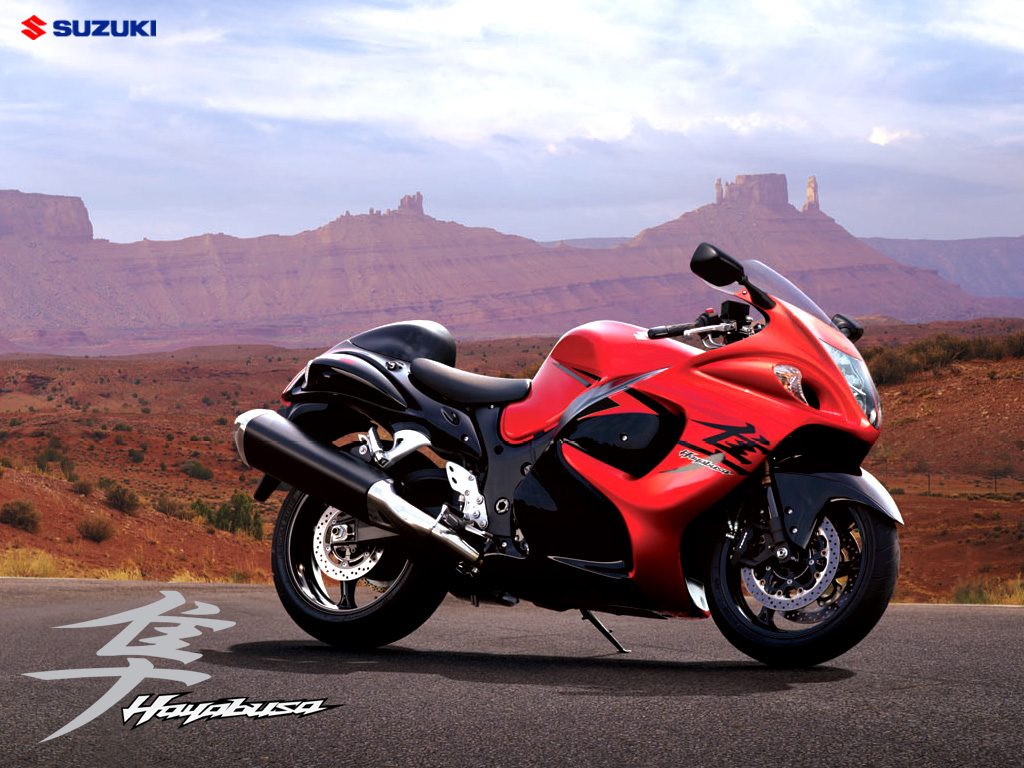 Of all the bikes launched in the last decade, the Suzuki Hayabusa (which means peregrine falcon in Japanese) is certainly one of those who has gotten the most ink at launch. At its first appearance, the Hayabusa has captivated many, and has baffled some, because of its unique lines generated by the search for maximum penetration into the air. The result is a machine that seemed: long, slender and buff. For the second generation, many hours were spent in the wind tunnel working with airflow. In terms of pure aesthetics, other changes affecting the front of the GSX-R include two profile aircraft wings that flank the front vents. The same aircraft look also was the inspiration out back. There is a new more harmonious design of air extractions that are integrated well with the body panels and the new triangular exhaust is a really neat bonus.

Small changes also include a reinforced front fork that helps to stabilize the bike at higher speeds. The aluminum frame is extended to the rear by a loop of steel tubing and the rectangular design increases the load capacity. Large front discs, previously gripped by six-piston calipers are replaced by smaller disks that reduce the gyroscopic effect. The brakes also include a trick ABS system for safety purposes. 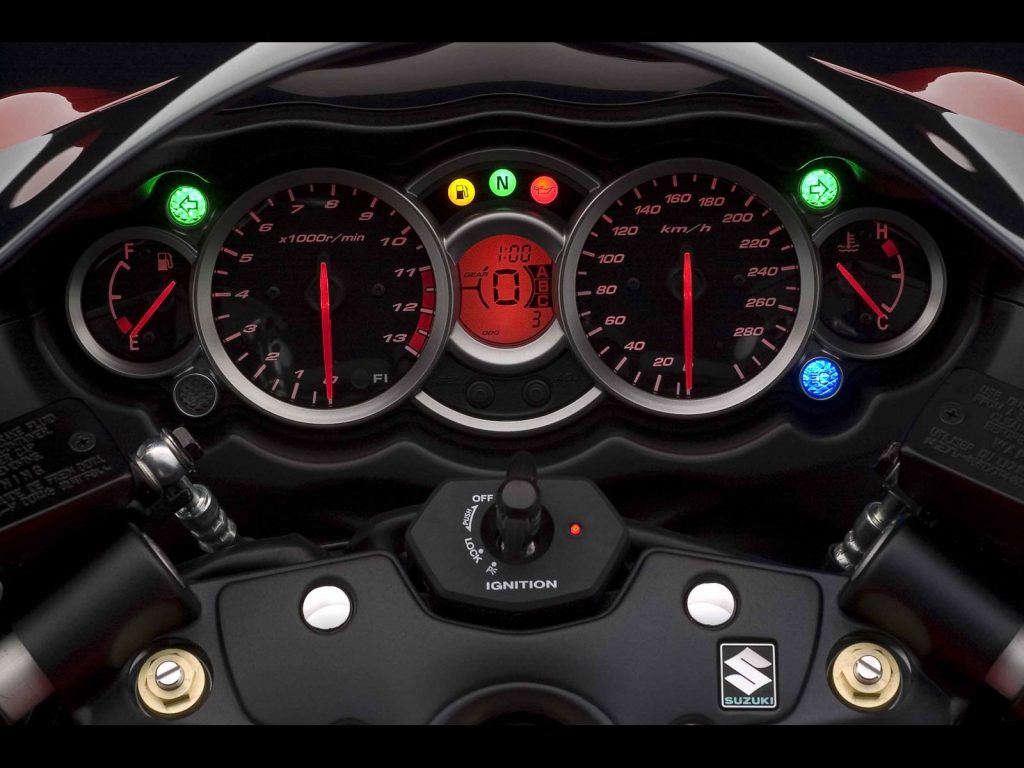 More complete but still perfectly legible, the dashboard integrates five circular dials, in addition to conventional information there is a programmable REV indicator lit by cool LEDs. You can also set the performance to your riding style with 3 different engine mapping settings.

The engine has been revised in-depth and features trick components like: aluminum alloy pistons, titanium valves, dual injectors, and an anti-friction coating on the cylinders and rings. The compression ratio has been raised from 11.0 to 12.5:1 over the previous generation. The four-cylinder powerplant displaces 1340 cc instead of 1298 cc and with that increase in bore and stroke power also rises from 175 to 197 hp. 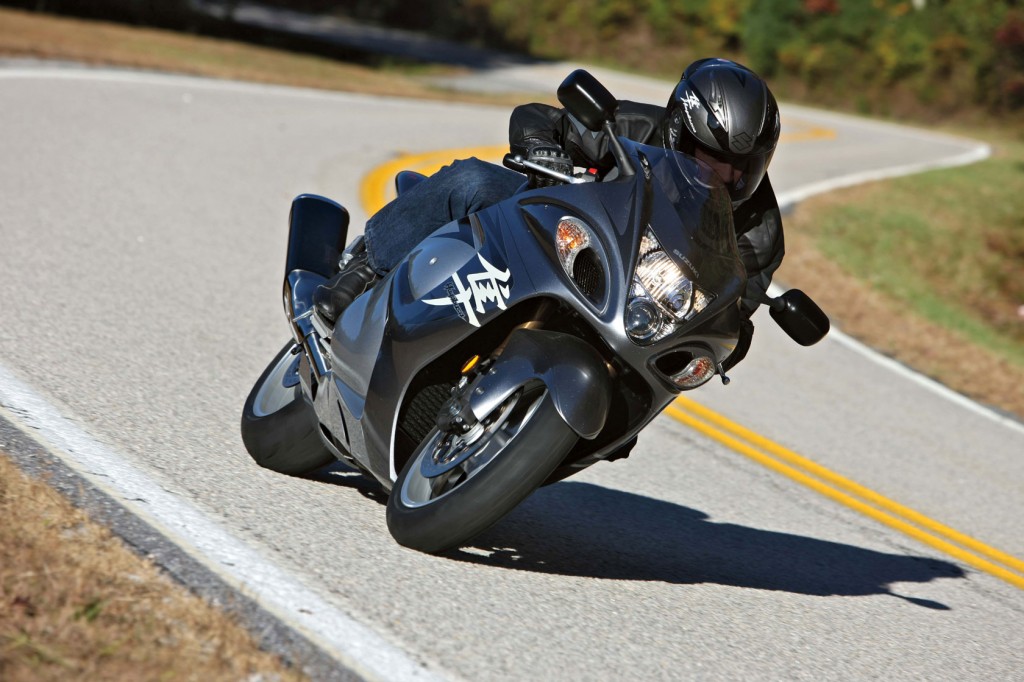 When the ignition is on, the big four-cylinder will treat you to a heavy bass sound of innuendo. Drive the bike slow and you will not annoy the neighbors. But as soon as the speed increases the Hayabusa really shines as this sport bike was made to rule the world.