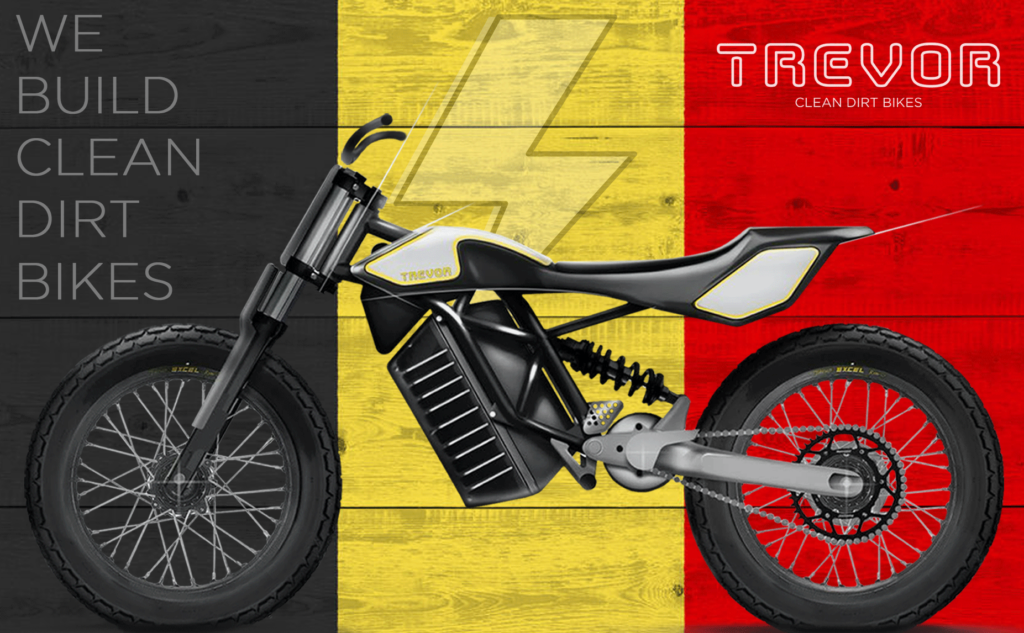 Competition by definition is something you can’t do alone, and good-natured sport brings us all together. The Trevor DTRe Stella is a gift for flat track racers the world over. It was designed in California, manufactured in Belgium, and tested on the rugged coast of Catalunya.  The silhouette looks long, slack, and minimalist. This is a no-fuss-all-business electric motorcycle with 11kW of dirt-slinging power. It’s begging you to be a kid again and find some “good clean dirty fun” with your closest friends. 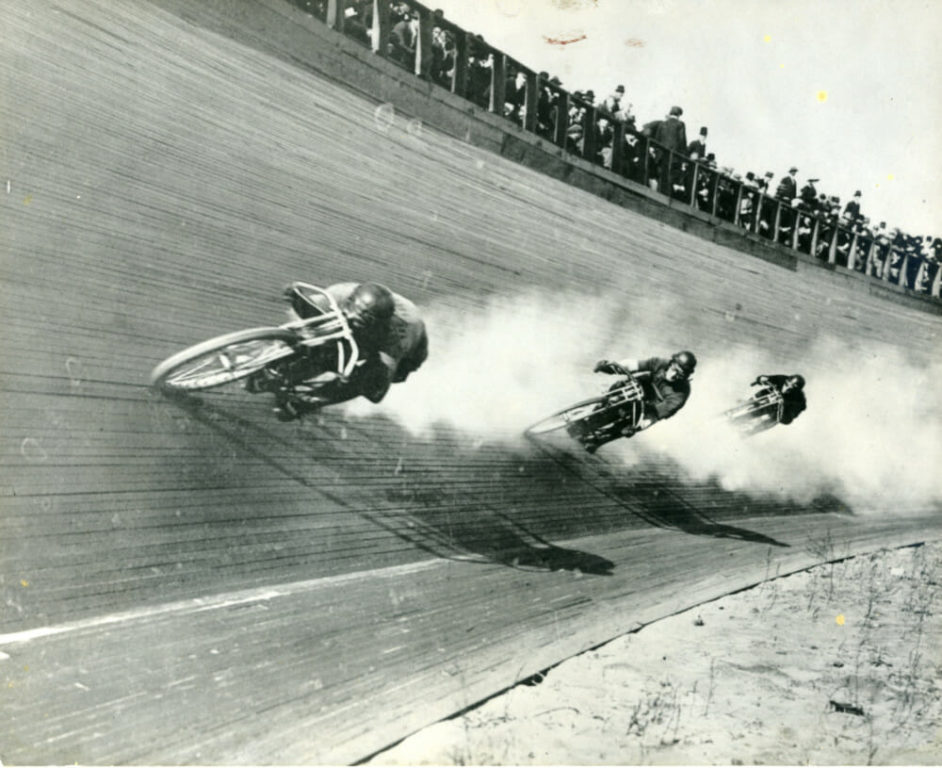 Speeding around flat dirt ovals  is one of the oldest known forms of racing. Where 4000 years ago our speed addicted ancestors rode chariots, modern racers mount steel steeds belching oil and unburnt combustibles. Flat track moto racing started early in the 20th century. The races were deadly by modern standards, with poor track quality and unsportsmanlike competition the norm. Of course, America loved it! 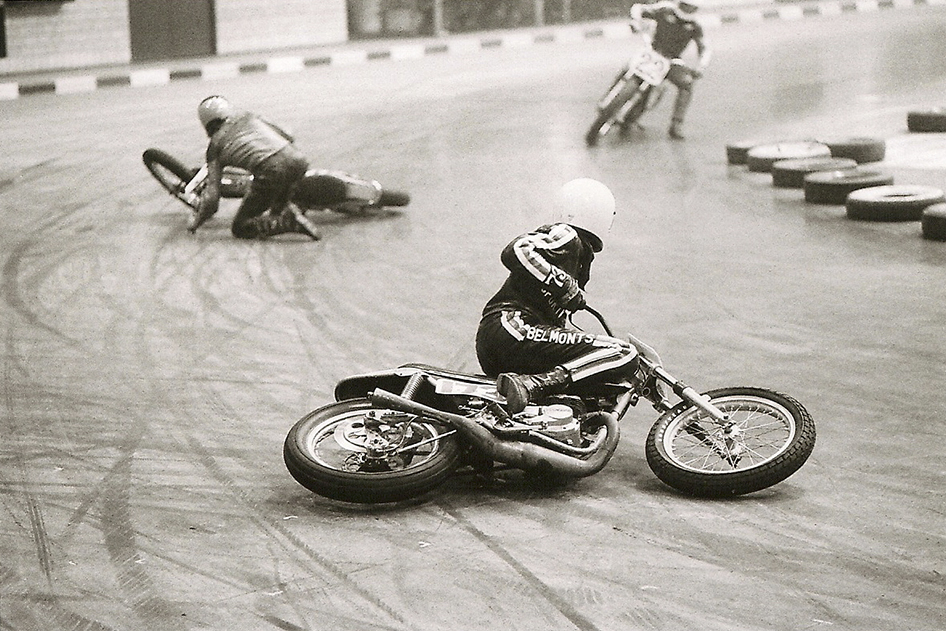 Flat tracked boomed in the 1920s, the legendary riding of Joe Petrali made Harley-Davidson a house-hold name. But dirt track went on hiatus during wartime. “Modern” dirt track gained in popularity in the 1950s and rose to become the most popular form of racing in North America, a title it held for nearly 30 years. 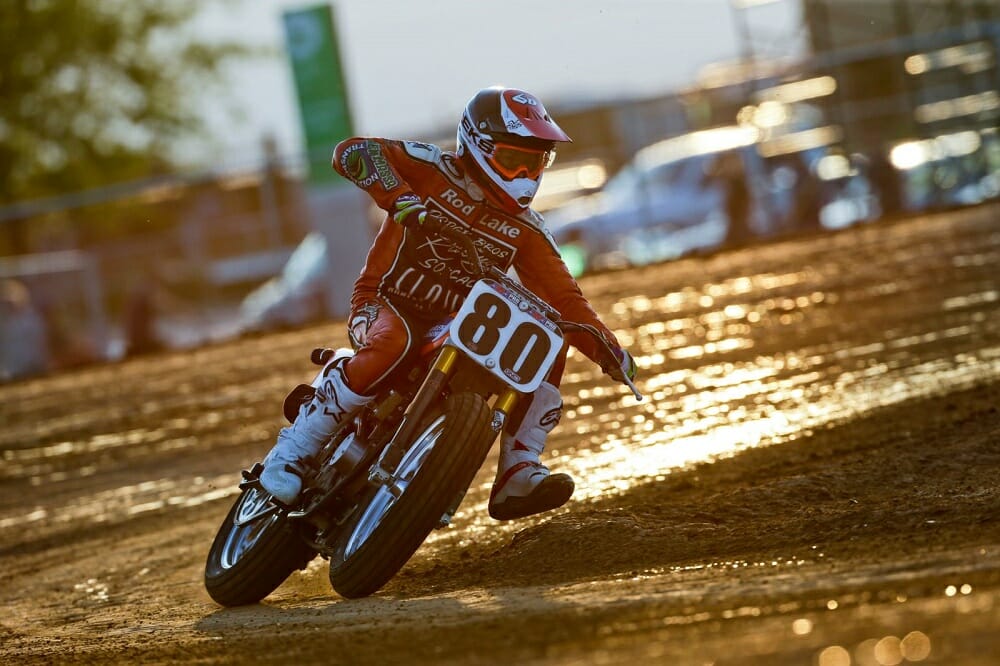 I personally still have a dirt track racing poster from Salinas Airport in Michigan from my youth, but I never knew much about the sport. Flat track racing was on the decline in the ’90s, while I was growing up, as Americans focused on motocross and road racing. In the last few years though, flat track has been making a quiet comeback.

Electrify Everything: Flat Track Too

“Imagine, racing with 10 friends on an oval without the noise of engines, screaming inside your helmet laughing out loud.”

That’s the dream of Philippe Stella and Jeroen-Vincent Nagels, two of the brains behind the Sareoea N60 electric streetfighter. Two years ago they came to the realization that there was a lot of fun to be had with a lighter minimalist dirt machine. Thus Trevor Motorcycles was born, ready to bring “Clean Dirt Bikes” to the masses. Who doesn’t love an oxymoron as a tag-line? 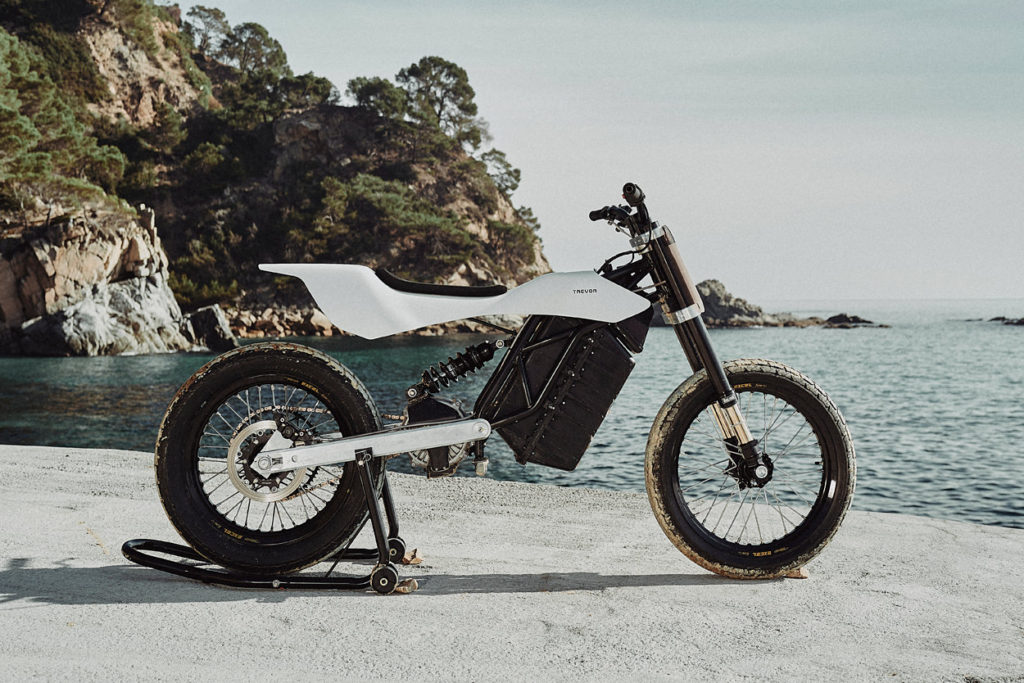 An advertised “2 Years mechanical warranty” included makes us wonder if the battery comes with a warranty.

The Trevor DTRe Stella is priced at €12,999 euros for off-road use and €14,999 road-legal (with VAT). If that holds, starting prices on this side of the pond should be around $13,000, before taxes and shipping. Trevor confirmed that for now, only the off-road variant will be available to the US market.  Individuals may be able to purchase an EU spec vehicle if they can find a way to import and certify it.

If you just want to scoot around town, that price is hard to swallow next to a far more capable Zero Motors FX, which starts at $9,295. On the other hand, the DTRe has great style points, if you can get into its loveable ugliness. It’s a pure dirt-track product built for a small niche, and thus carries a higher price-tag. The U.S. also recently extended tax credits for electric motorcycle purchases, so you may be able to claim a 10% rebate.

There’s a Lot to Get Excited About

Flat track racing was a hit because of its accessibility – you don’t need a multi-million dollar venue – just a patch of land. Comradery is strong and the competition is typically good-natured. There’s also a good reason why many motorcycle road racers got their start on dirt, as it develops solid bike-handling skills.

At the 2019 “One” Moto Show in Portland, OR they hosted their first electric dirt-track race inside the memorial colosseum. It was terrifically competitive to watch, and you could actually see the race without clouds of smog in the arena. We did miss the noise, but our lungs were happier.

It’s possible that Trevor Motorcycle’s bikes will remain an electric novelty, but the world is also ready for cleaner moto racing. On the other hand, $13,000 is hardly accessible for most of us. If you don’t want to wait – check out the Segway X260 or the Sur-Ron. These light electric motorbikes have been beating up their gas counterparts in local competitions with pricing starting below $4,500. The best part? All those racers on gas bikes won’t hear you coming . . .