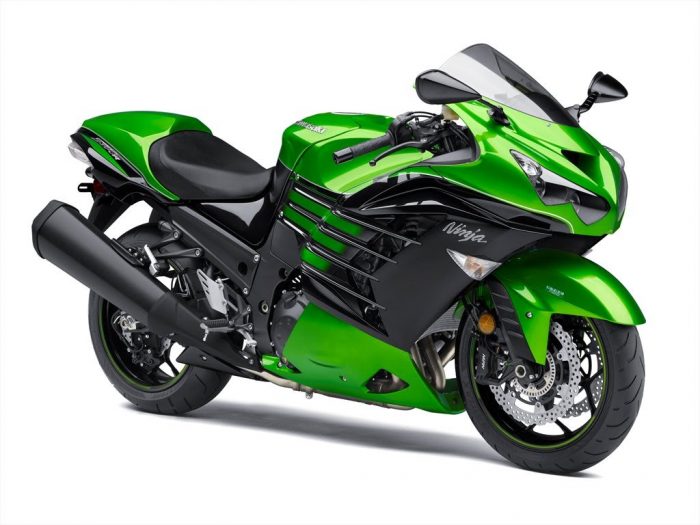 According to recent testing, the 2016 ZX14R loses horsepower this year…Or rather, “loses what it may never have had,” – something doesn’t match up between Kawasaki and the EPA…

Earlier this year, we took a closer look at the 2016 ZX-14 but it seems like some last minute changes have been made according to a few publications.

Although, these findings are based on an EPA test from a while back, claiming that the ZX-14R had a little bit more in its pocket than Kawasaki ever officially claimed. If you’re not familiar with the US Environmental Protection Agency’s tests, they aim to match up manufacturer discrepancies to keep their figures in line with emissions rules. On paper, Kawasaki have claimed that the ZX-14R boasts only 200hp, and this subsequent EPA test has allegedly proven that the ZX-14R is more like 210.7hp – a full 10hp more than the manufacturer’s claim. So what’s the big deal then?

Well, now Kawasaki have changed their figures and the 2016 ZX-14R now claims only 199.9hp and the EPA tests agree. So, something had to happen to eliminate the mysterious 10hp difference…At a guess, it seems like the bike has undergone changes to accommodate for the newer, tougher Euro6 regs.

The EPA’s test shows the model’s newer 1441cc engine, complete with a three way catalytic converter, as opposed to an oxidizing cat unit. So apparently: the peak power has gone, and carbon monoxide emissions lowered. No doubt the changes in power will be less than dramatic, and it’s likely that the top end power will have been redistributed to create a more flexible machine. There will probably only be minor noticeable differences and only when it’s fully wrung out.

Or is this all just confusion? According to our “go to” ZX-14R guy, who has a fairly trick 2014 model, it only ever did a maximum of 197hp at the wheel, and an upgraded race filter could only push give it 1 or 2 more than that. Maybe the EPA tests are just wrong…?

Obviously it’s not a big deal, but unless you want to fall into the current Yamaha R1 trap, it’s best to know what you’re paying for before you hand over your hard earned cash.


The Honda Grom Returns To The US For 2018!
10 Best Motorcycle Cleaner Products [Buying Guide]
Davinci Motors Unveils High-End, All-Electric Café Racers
The 15 Best Dirt Bikes For Kids For All Budgets!
Introducing The Goldwing Killer: The Yamaha Star Venture!
Ducati’s New 939 SuperSport: To Buy Or Not To Buy?