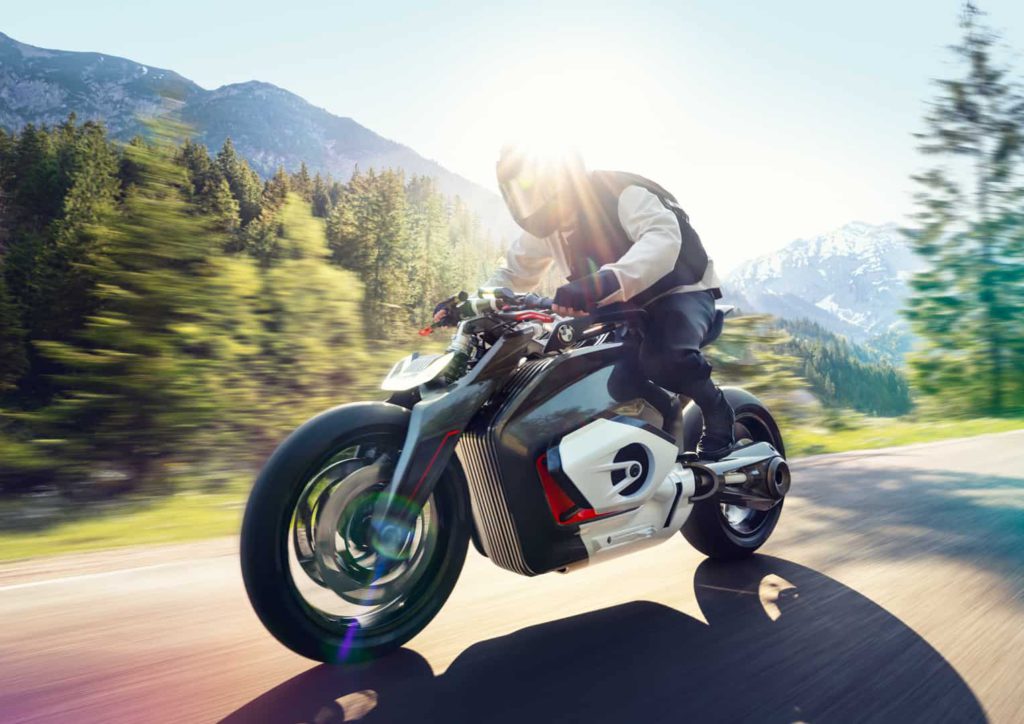 In 2016, BMW pulled the covers off of a curious concept. It was a design exercise that previewed what the company could bring to the table over the next 100 years. In 2019, BMW went a step further and unveiled a more realistic design. It was the BMW Vision DC Roadster, a concept that showed off what a futuristic electric BMW motorcycle could look like.

However, if you believe the latest patents and trademark filings from Germany, it looks like BMW won’t be waiting a whole century to put this design into production. The future, according to BMW, is now. 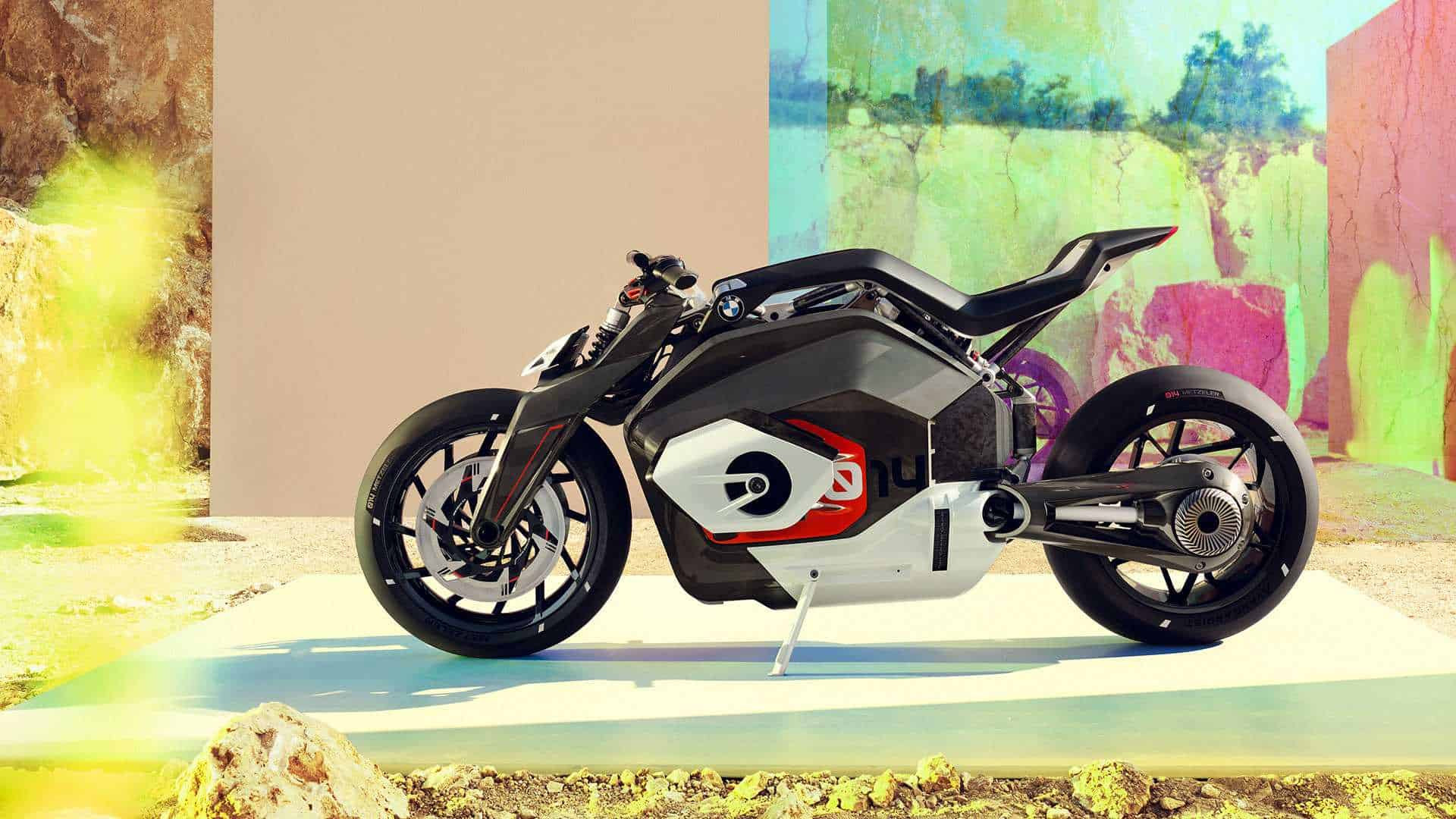 And it might not simply be the DC Roadster, either. If patents are to be believed, then a whole line up of DC-branded machines may be coming in the future. Filing for a patent doesn’t mean that anything is going to happen though. Brands file patents all the time and they claim trademarks even when ideas are nothing more than a passing thought. Still, it does make you wonder.

According to the German Patent and Trademark Office (DPMA), BMW filed a total of 9 patents with the DC moniker. Other patents were filed, with names like CE02 and CE04, but if you know your BMW Motorrad electric history, they’re likely referring to updated or new versions of the BMW C Evolution models.

The C-branded machines were also filed under “scooter/motorcycle,” while the DC-branded models were strictly “motorcycle” only.

Even if the DC plans amount to nothing, new C Evolution models are fine by us. They might not be the most attention-grabbing motorcycles in the BMW Motorrad lineup, but if you’re into futuristic transportation straight from the pages of a sci-fi comic, then they’re definitely worthy of your attention.

The new C Evolution patents show off a removable canopy, integrated airbags, active aerodynamics, seat belts, and a whole lot more. It has the potential to be a smart urban mobility problem solver. But we’re not here for the practical solution. We’re here for the main attraction: the BMW Vision DC family.

Still, ready for production may be an exaggeration. At the beginning of 2020, BMW’s boss was keen to highlight that the brand could deliver an electric motorcycle within the next five years. So, we think we won’t be seeing anything from BMW on this front for a while yet.

Vision DC: What Can We Expect? 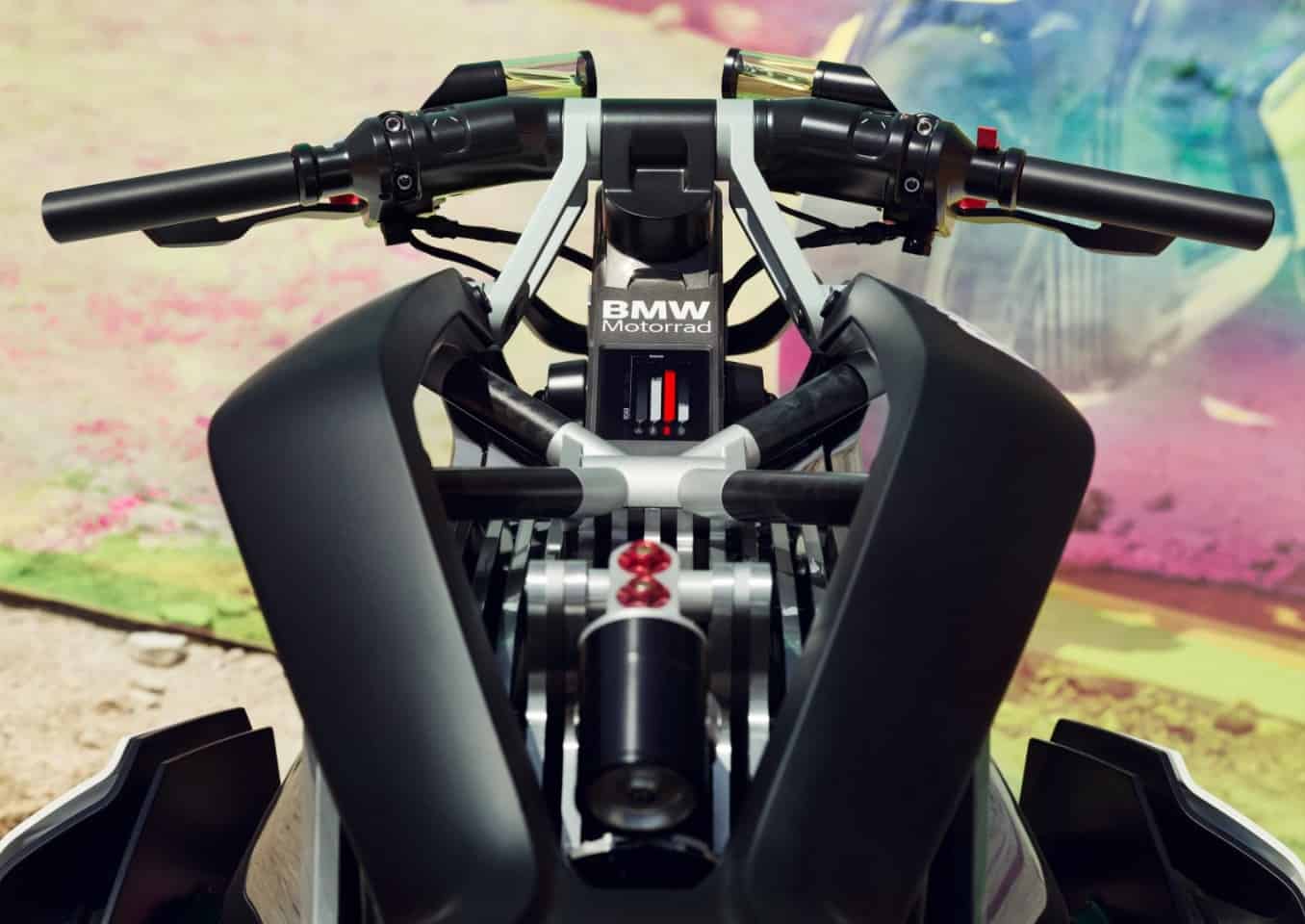 If the production models are anything like the original concepts, we’ll be looking at a sleek and stylish motorcycle that wouldn’t look out of place on the set of Minority Report or Ghost In The Shell.

Powerful girder-inspired front forks sit in pride of place, giving the Vision DC a commanding road presence. Aggressive lines take inspiration directly from the brand’s flagship S1000RR, and there are styling cues that are reminiscent of the other street-orientated products in the current BMW line-up. 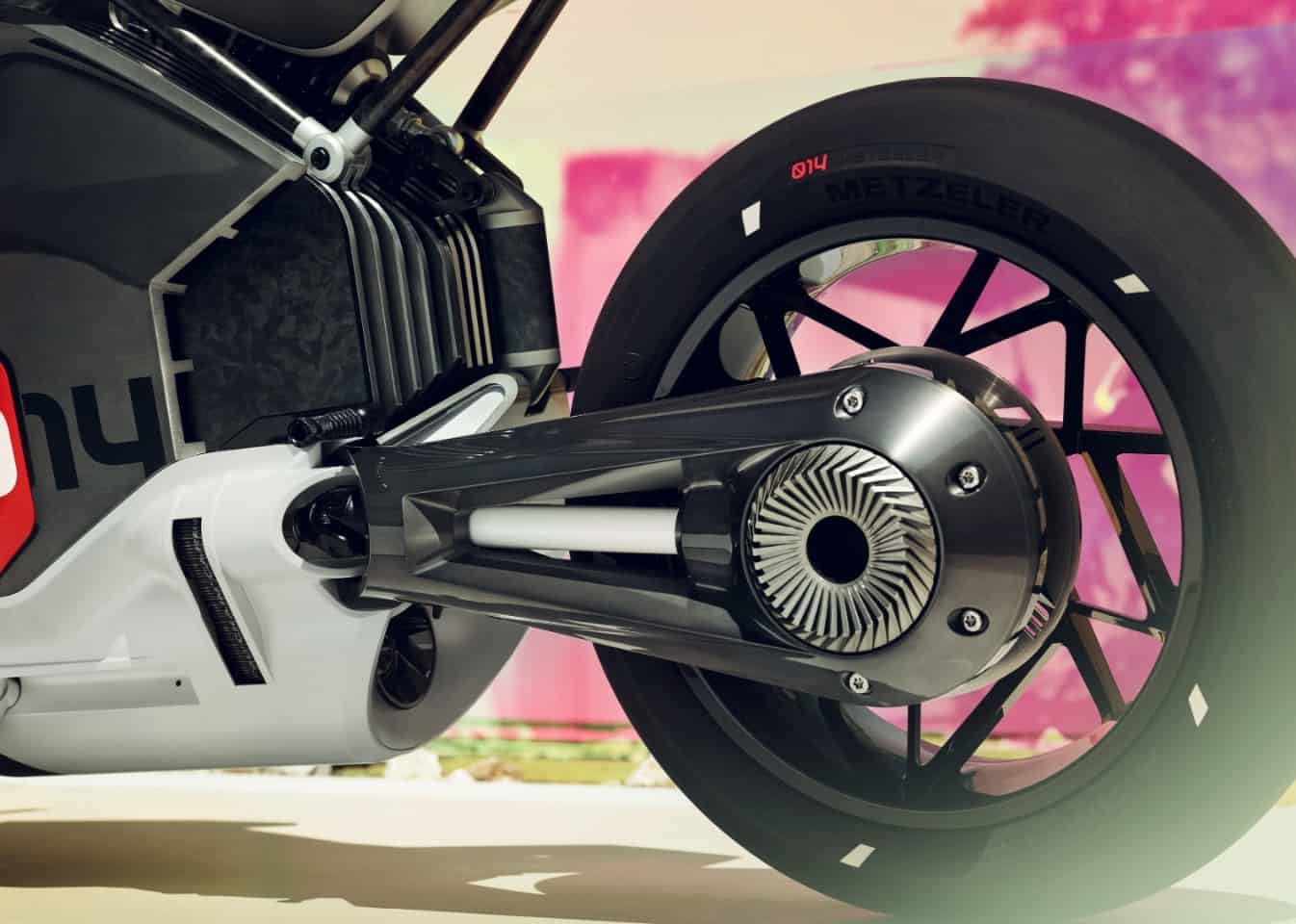 Despite being a radical design, it’s actually steeped in BMW history.

The most obvious example of this fusion of tradition and innovation is the faux boxer engine. Rather than housing a horizontally-opposed engine, the “engine” is a large battery box, with cooling inlets that have been shaped to mimic the classic BMW boxer. 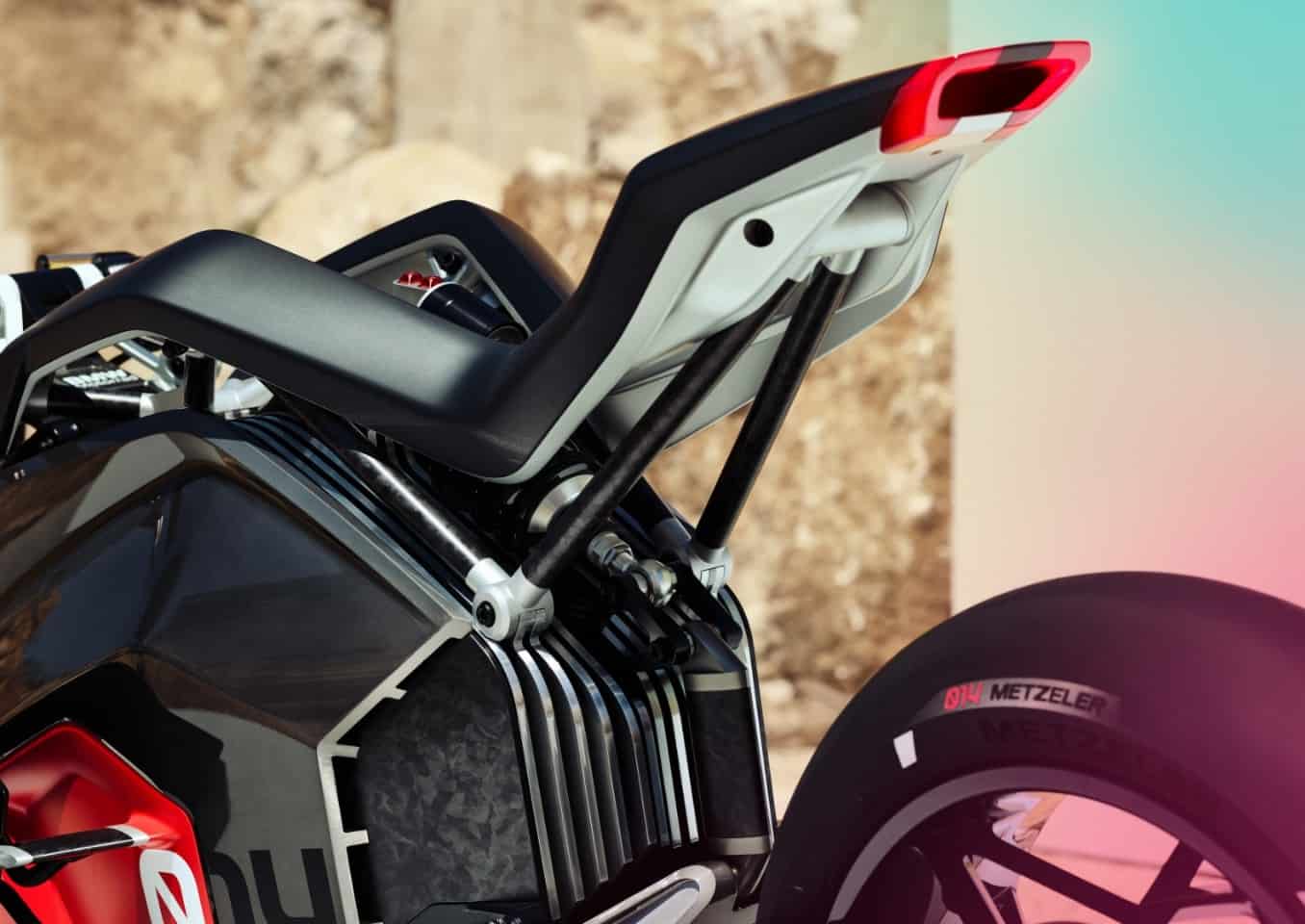 BMW Motorrad’s Head of Design, Edgar Heinrich, discussed the importance of BMW’s identity at the concept’s unveiling in 2019:

“The boxer engine is the heart of BMW Motorrad — an absolute stalwart of its character. But BMW Motorrad stands for visionary zero-emissions vehicle concepts, too. In view of this, one question that arises is: What would happen if we were to replace the boxer engine with an electric motor and the required battery?”

“The Vision Bike shows how we’re able to retain the identity and iconic appearance of BMW Motorrad in distinctive form while at the same time presenting an exciting new type of riding pleasure. After all, anyone who’s ever tried it out in practice knows very well that riding on two wheels is just as exciting when it’s electrically powered! The high level of torque right at set-off makes for breath-taking acceleration. This almost brutal power delivery creates a whole new experience of dynamic performance. And the BMW Motorrad Vision DC Roadster puts a face to this experience.” 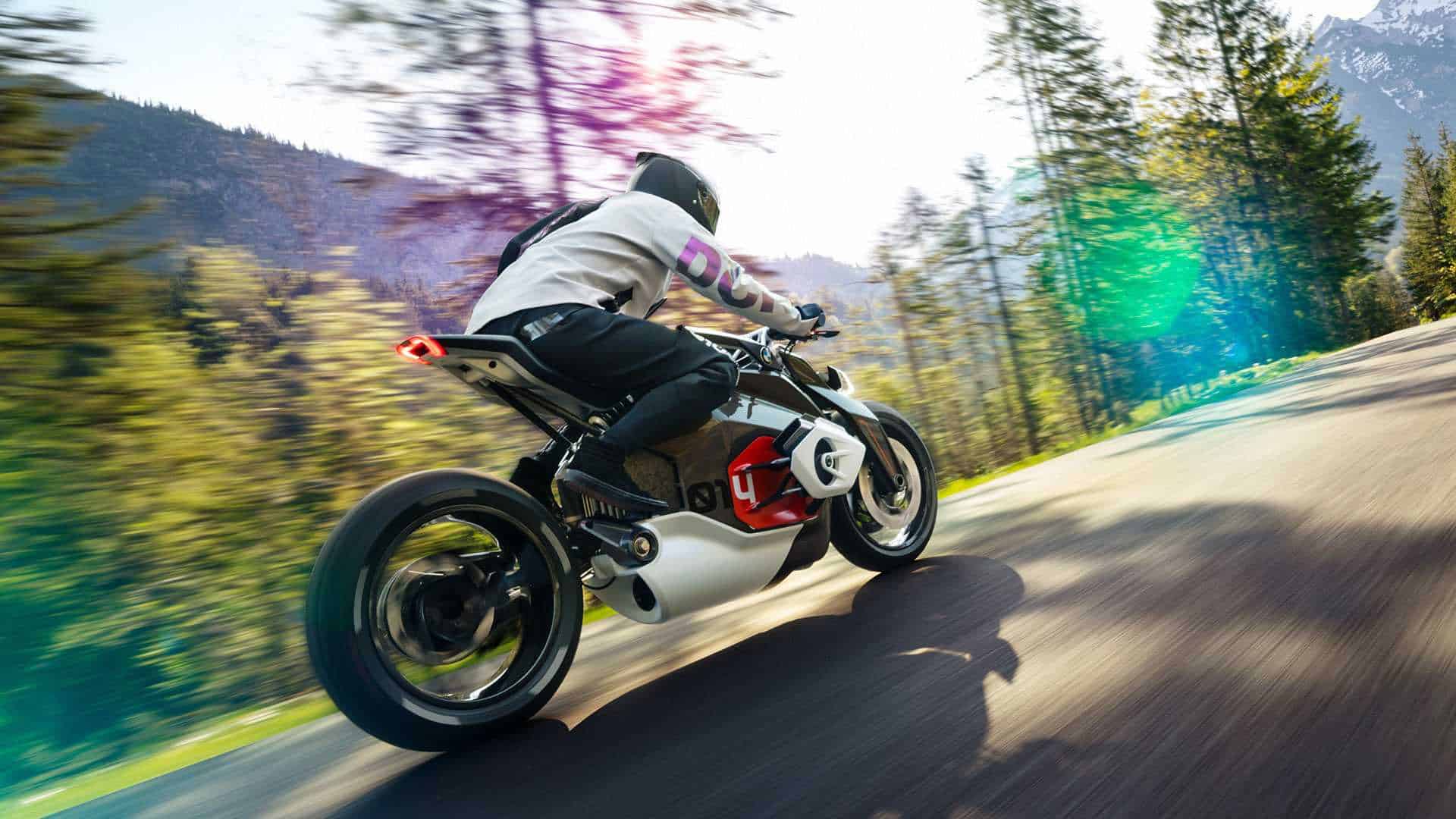 Tradition is one thing, but practicality is quite another. As a design exercise, there’s no question that the Vision DC is a real winner. But is it a PR stunt or the real deal?

BMW Motorrad, like most mainstream manufacturers, is working on developing a practical electric sports model. In terms of R&D, they’ve got some great ideas, from wireless electric charging to self-balancing technology. But these are all gimmicks at the moment.

To convince riders to make the transition from internal combustion engines to electric technology, they need to see impressive range capabilities, practical charging solutions and look less like movie props and more like motorcycles.

By all means, keep the fake boxer engine. Keep the aggressive S1000 DNA too. But maybe make the rest of it look more like an S1000 too. Just for now at least. And don’t get us started on the price…