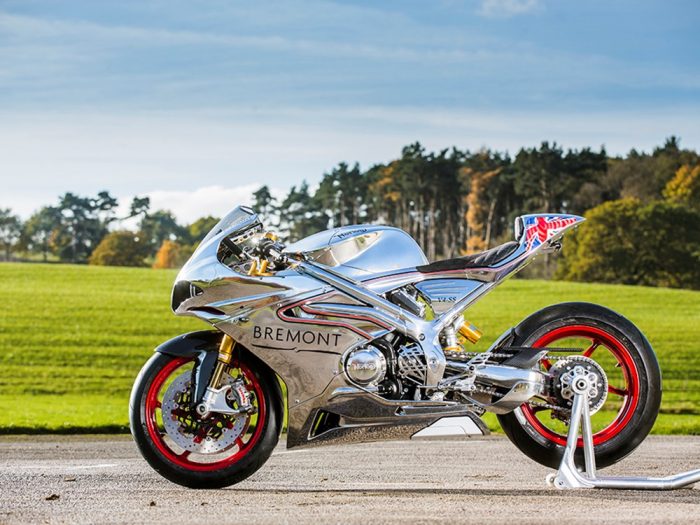 While Norton’s brand new 200+ hp superbikes are yet to be formally unveiled, a recent interview from Norton’s head of design with British Magazine MCN has shed some serious light on what we can expect from the new machinery. We already know that the new superbikes are capable of upwards of 200 hp, come wrapped in gorgeous carbon fiber and aluminum bodywork, and you’ll have to re-mortgage your house just to get your hands on one, but now we’ve got a few more in-depth details and some decent pictures to pour over. This is the pinnacle of Norton’s thoroughbred racing technology – so prepare to be impressed at the specification, and intimidated by the huge price tags. The V4 RR is the cheaper option at £28,000 ($35,000 USD), while the flagship SS prices up at a frightening £44,000 ($55,000 USD)!

First up, unlike Norton’s previous efforts, the new motorcycles will be powered by an all-new, all-Norton engine, rather than the Aprilia RSV4 plant used in the past. The benefits are obvious: firstly, the Aprilia engine was a 65-degree 1000cc – Norton now use their own 72-degree 1200cc. The idea behind the engine change was because of chassis geometry, and the need to squeeze in as much cc as possible. Producing 200+ hp from a 1200, is much easier than from a 1000. It was as simple as that: for a more compact chassis, and more grunt. 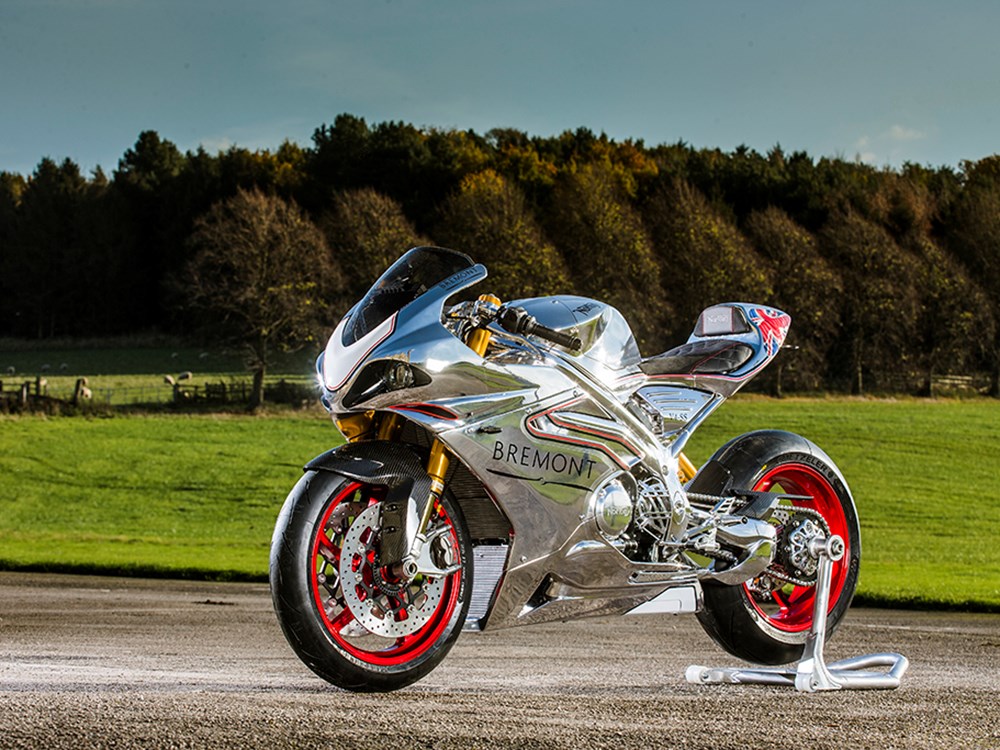 Capitalizing on their recent successes at the Isle of Man TT, Norton have pulled out the stops for their new RR and SS models, however, Norton’s design boss Simon Skinner was insistent that the models were not just road going versions of their racing counterparts. The RR and SS might look the part, but there’s more to them just a set of road legal nonsense bolted onto the exteriors. 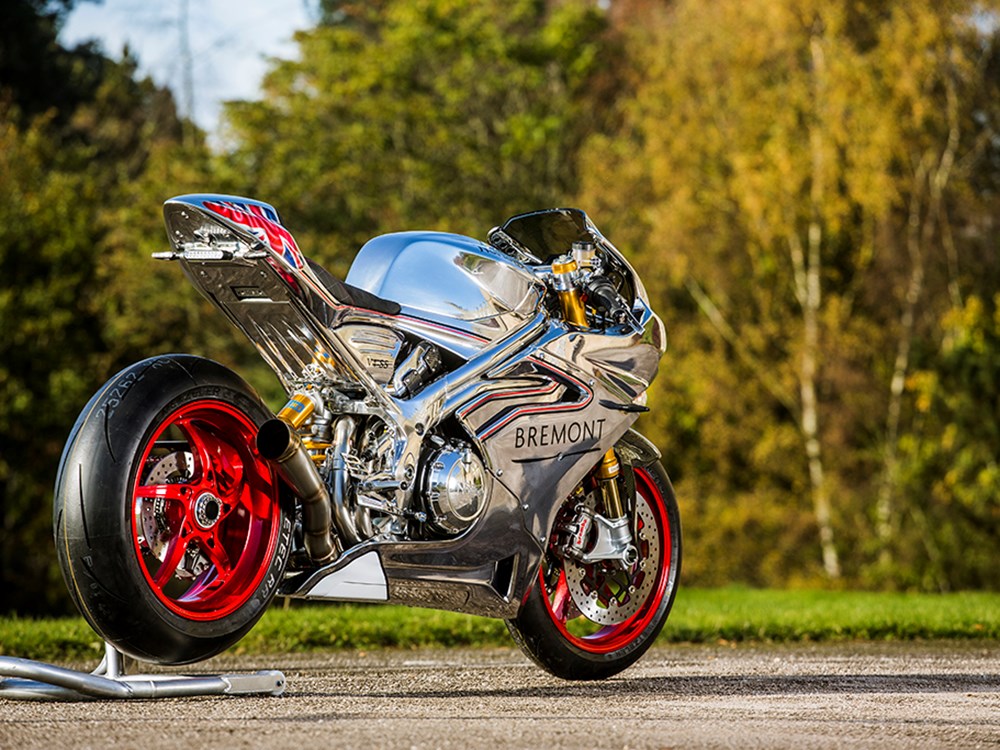 The highlights of the new models, aside from the engine, include: new carbon fiber bodywork, a TT race developed chassis, carbon fiber wheels, high definition instrumentation with rear view camera and displays, and a full electronics package. Now for some details: 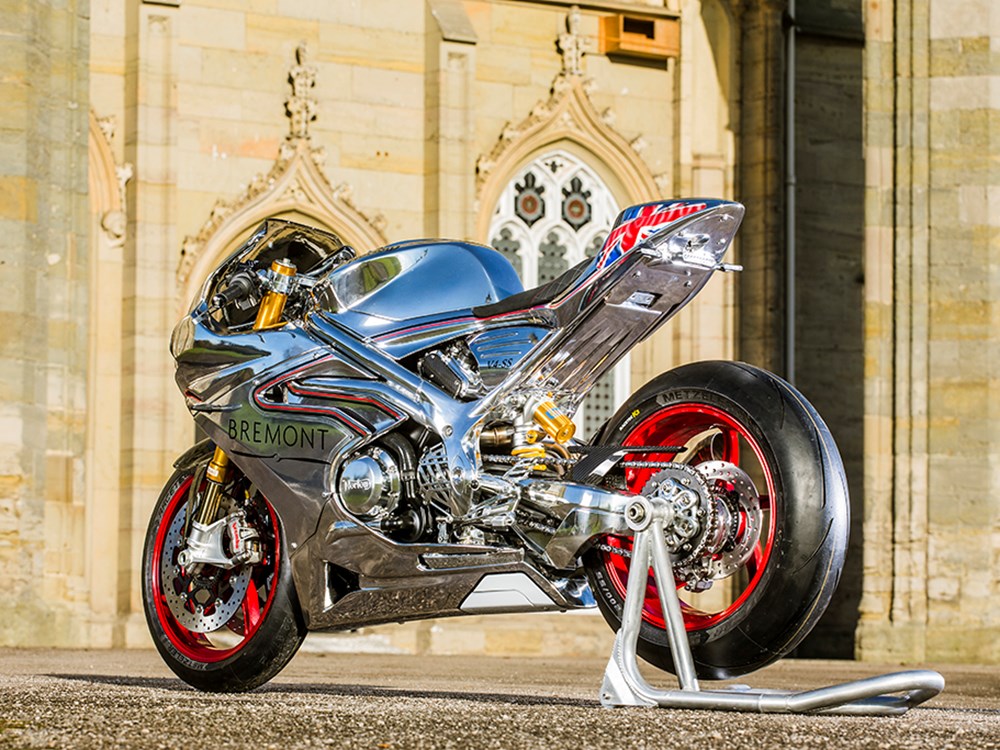 If you’re looking for a top of the range, hand built aluminum twin tube frame that takes roughly 26 hours to polish by hand, then the frame of the Norton V4 SS is for you. The RR uses a cast frame and swingarm, but both come with an adjustable headstock angle and swingarm pivot. In comparison with Norton’s TT bike, the SS and RR frames are roughly around 3 kilos lighter… 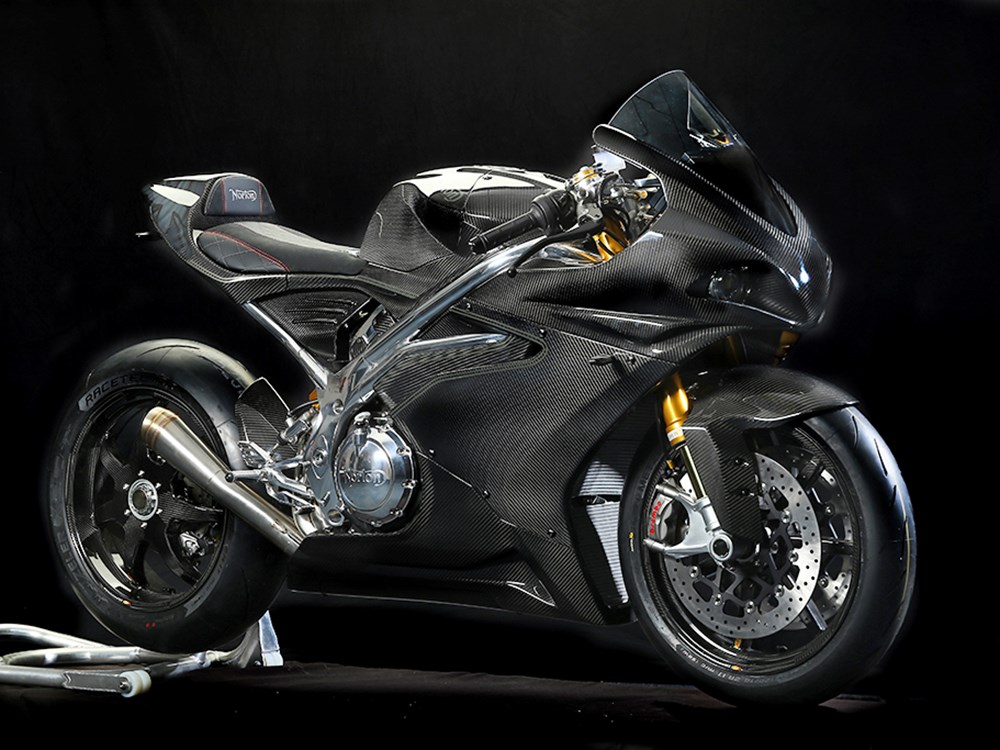 As you’d expect – after seeing things like the Ducati 1299 Superleggera or the BMW HP4 Race concept – the bodywork from the new Norton models is all carbon fiber. Unlike the aforementioned competition, the Norton is the only one to feature an all-carbon fiber fuel tank, courtesy of South Africa’s BST. The tank has been reinforced with Kevlar, and cleverly chemically lined to make it suitable for holding fuel. 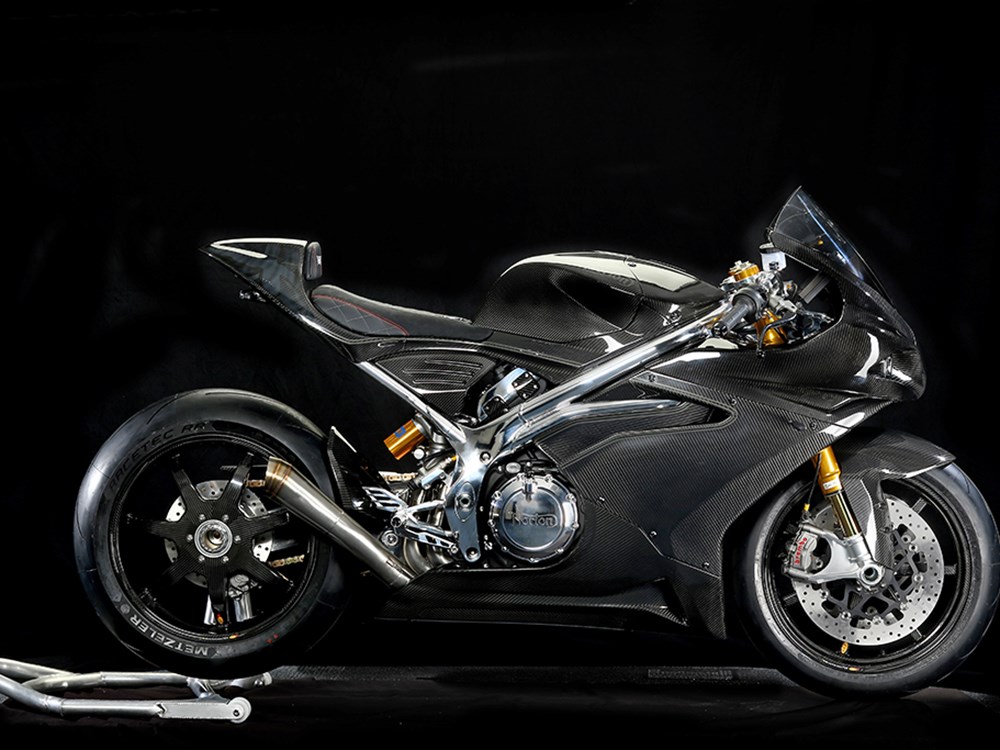 The range topping SS model comes with more goodies from BST, including carbon fiber wheels. The more wallet friendly (cough cough) RR features wheels from OZ, which make it slightly heavier than the SS, but only by a minimal 1.7 kg. Overall, the fenders, fairings, nose and tail unit of both models are fully carbon fiber. The cheaper RR model comes in a plain carbon finish, while the flagship SS comes with a TT style paint job using silver impregnated paint, which gives it a chrome like finish. 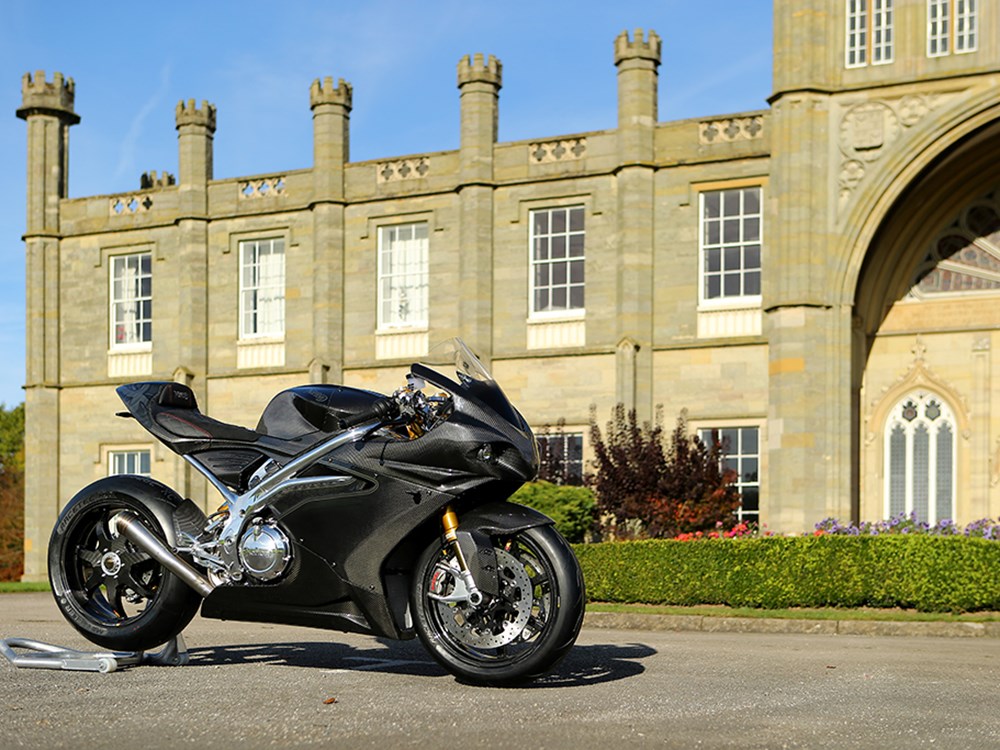 Up front, both the SS and RR are blessed with a very top end suspension system: fully adjustable Öhlins NIX30 forks, mated with a handmade billet triple clamp, and top yoke. At the rear, the suspension duties are handled by an Öhlins TTXGP fully adjustable monoshock, nicely mounted to the single sided swing arm. The braking duties are handled by Brembo M50 calipers – the very same range topping brake calipers found on the rest of the industry’s top models – paired with two 330 mm rotors up front, and one at the rear, a Brembo radial master cylinder, and a beautifully machined Norton lever and pedal. 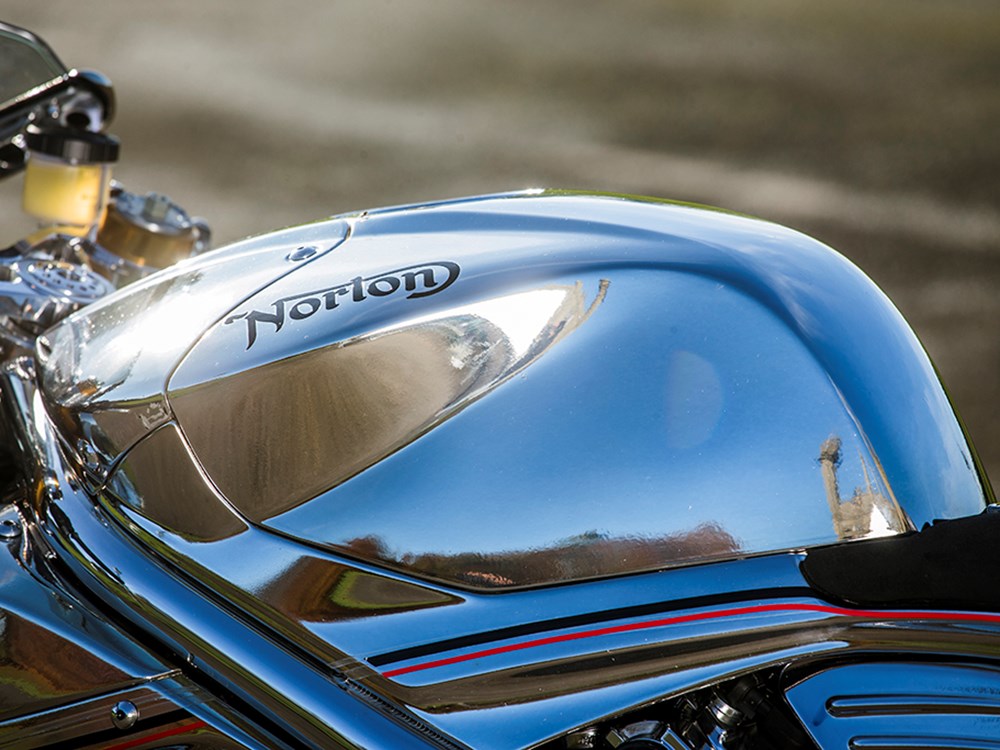 As we’ve mentioned above, it’s the engine which is really the star attraction here. The new V4 has been designed and built by Norton, but specially tuned by specialists from Ricardo. As for actual horsepower figures, Norton have been a bit tricksy when settling on a figure. All we know, is that the liquid-cooled, 72-degree, 1200cc V4 pumps out more than 200 hp, and boasts 95.88 ft –lb of torque at 10,000 rpm. The engine comes with a lot of fancy bits and bobs, but we’ll get the full details at the unveiling later this month. Until then, we know that it comes with titanium valves, a six speed cassette gearbox, a slipper clutch, a quickshifter, an auto-blipper, and three designated engine modes: Road, Sport, and Pro-Race. And a hell of a lot more on board tech than that, too… 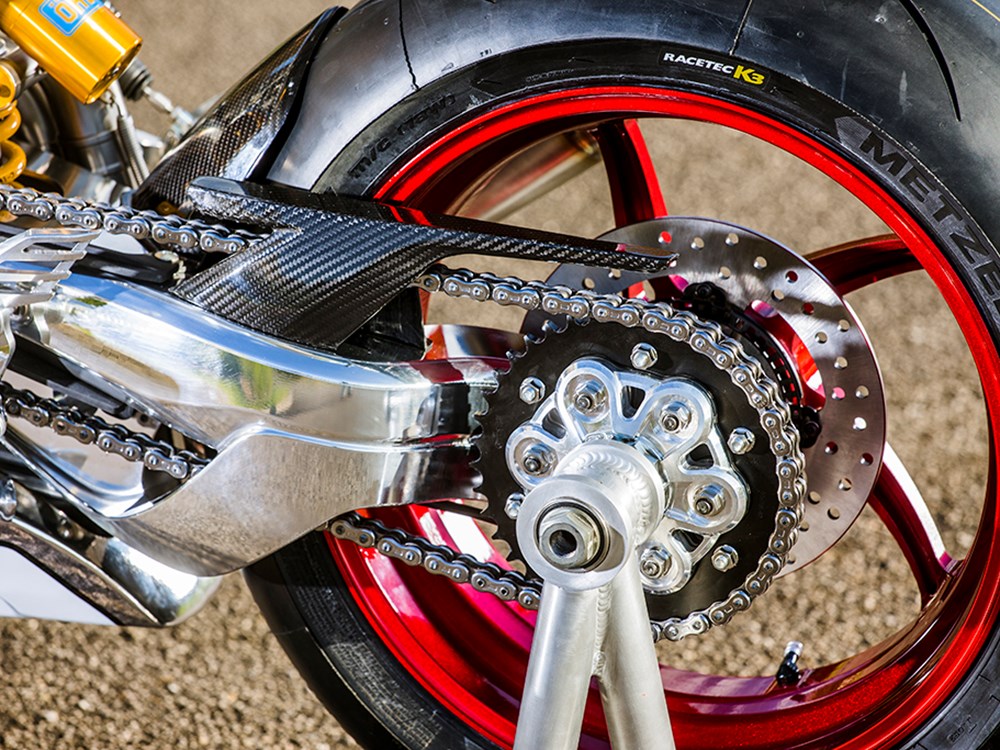 Naturally, the new models both come equipped with a Bosch Inertial Measurement unit IMU that’s become a near necessity on all of 2017s forthcoming models. The new IMU works in tandem with the SS and RR’s sophisticated traction control system, the anti-wheelie tech, the cruise control, the launch control, and with the variable engine braking systems. On top of that, it also has a cool datalogging tool for track day supremacy, and a fly by wire throttle. Since the images come with no hint of a mirror, it seems like Norton were able to implement their rear view camera only observation platform, but we’ll have to wait and see to make certain. 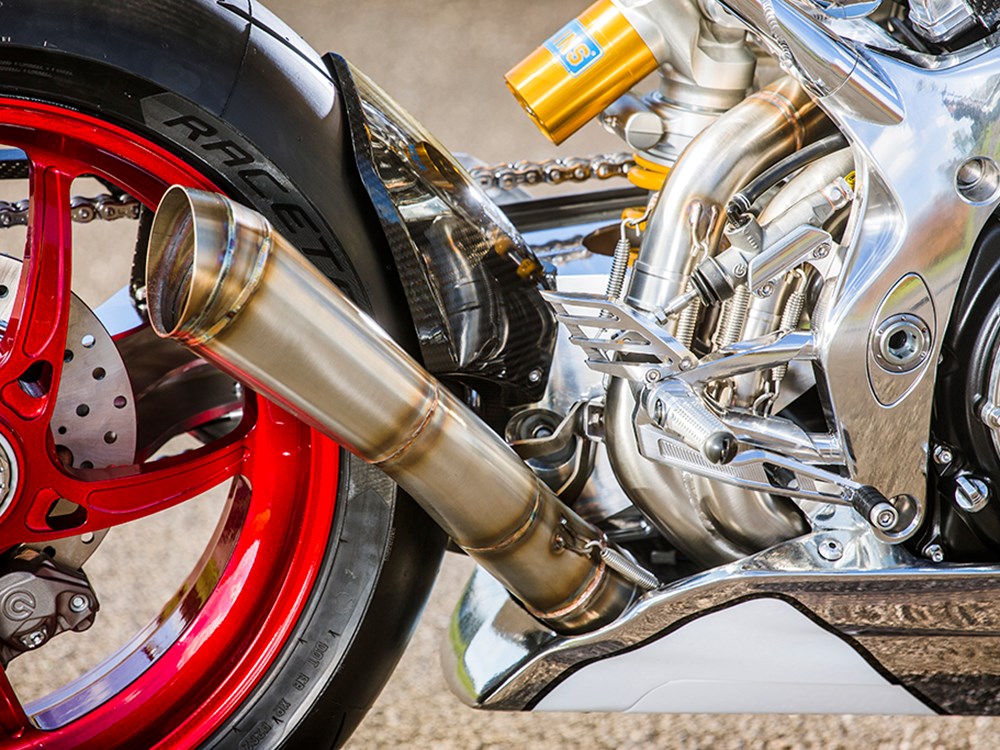 With all of that, Norton have also offered a titanium race system as an optional extra, that comes with a whole new exhaust and drops the overall weight of the bike by 8 kg, and offers an increase of up to 10 hp. 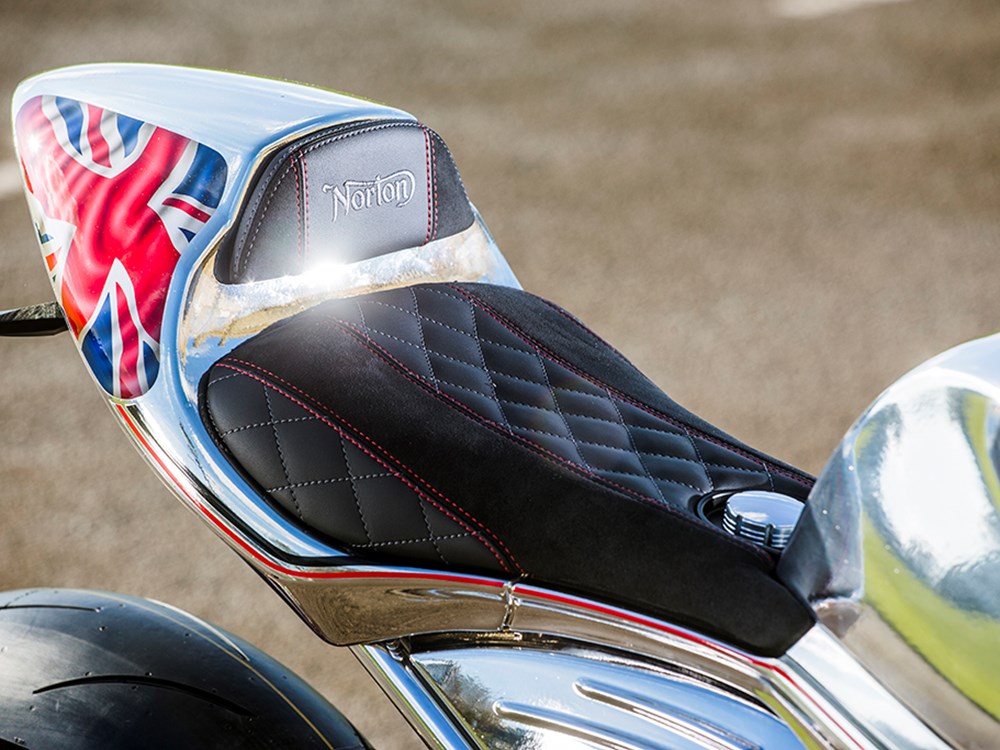 As Simon Skinner told MCN: “We’ve beaten all the production constraints into submission to deliver the vision, and it was really awkward at time, but we’ve made it happen. It’s exactly what I wanted.” For the full interview, check out MCN’s website. Or, you can just sit tight until the grand unveiling at the UK’s Motorcycle Live event at the end of the month! 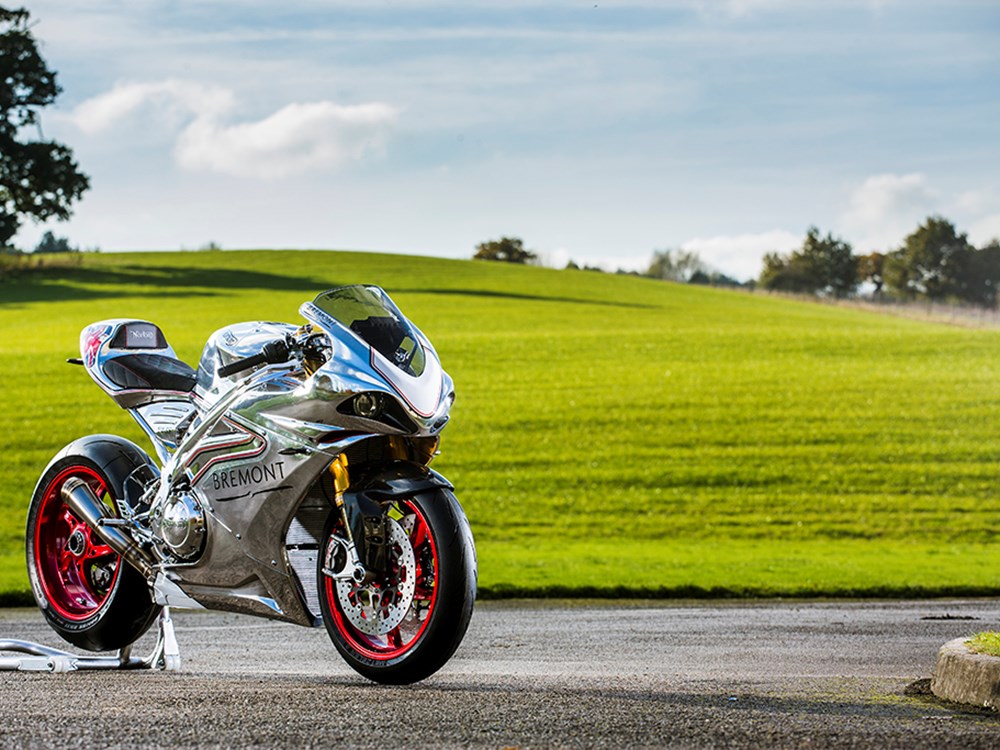