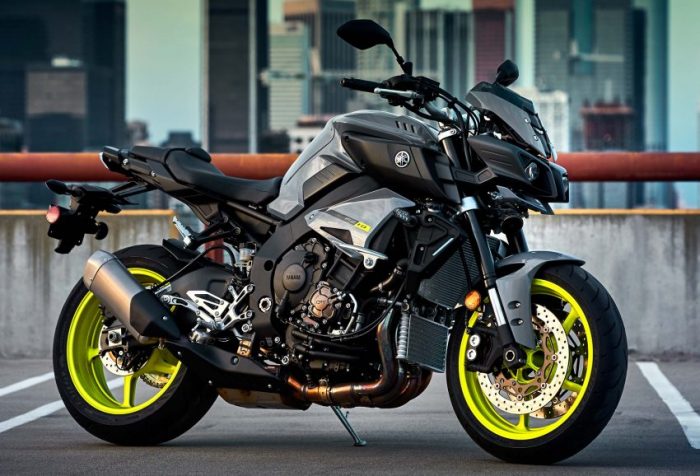 Since the 2017 Yamaha FZ-10 has finally arrived on US shores, we’ve decided to upload a huge gallery of pictures of Yamaha’s coolest naked sports bike. If you’ve ever wondered what a street-tamed version of the YZF-R1 engine was capable of, then read on, because we’ve got the full specs right here! Anyway, known in the rest of the world as the MT-10, the FZ-10 has been one of our most eagerly awaited bikes for this year. We’ve seen plenty of promo shots already, but now we can see it in all of its glory, and in US trim. It’s an aggressive looking machine, although the headlights are a bit on the “bug” side, and we reckon it’s going to sell incredibly well. 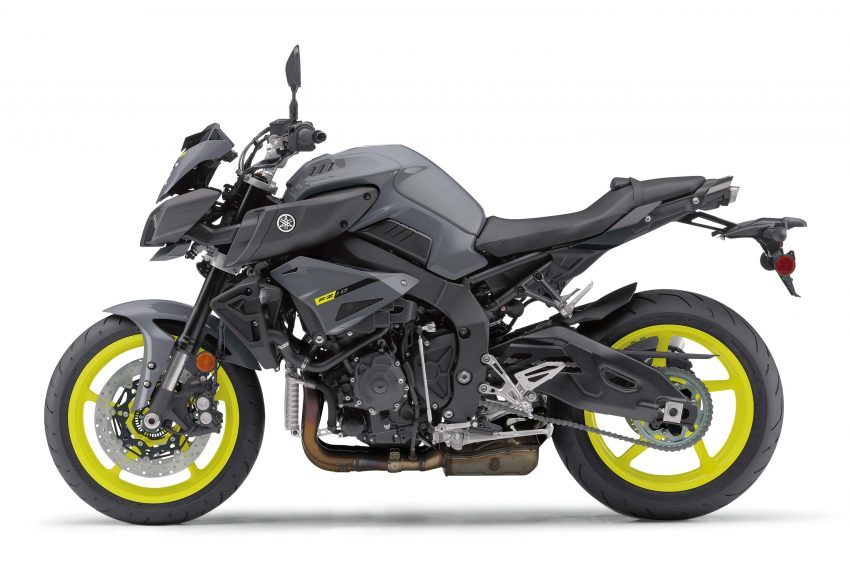 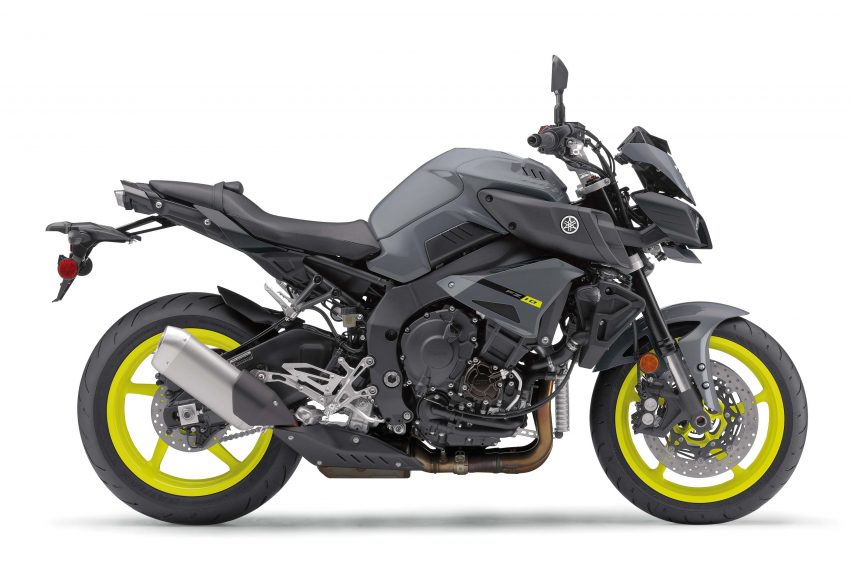 Boasting a tuned down version of the renowned R1 engine, the FZ-10’s liquid cooled, crossplane, four cylinder engine is capable of 158 hp, 111 Nm of torque at the 9,000 rpm marker, and comes complete with all the top end Yamaha goodies that you’d expect. Sure, it’s not as powerful as the 200 hp YZF-R1, and the torque figures are a tiny bit lower than the superbike, but this isn’t an out and out performance bike. It’s an entirely different platform altogether that’s geared more towards commuting, touring and less aggressive pursuits in general. 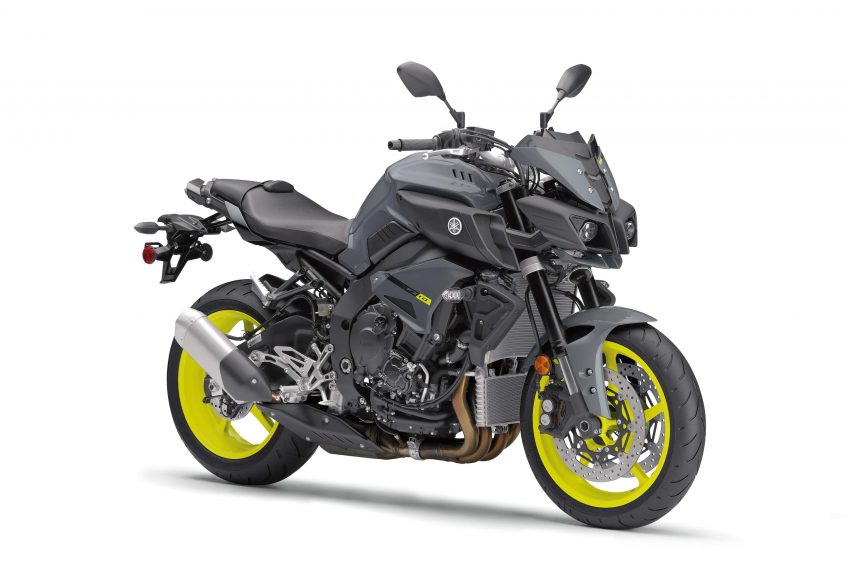 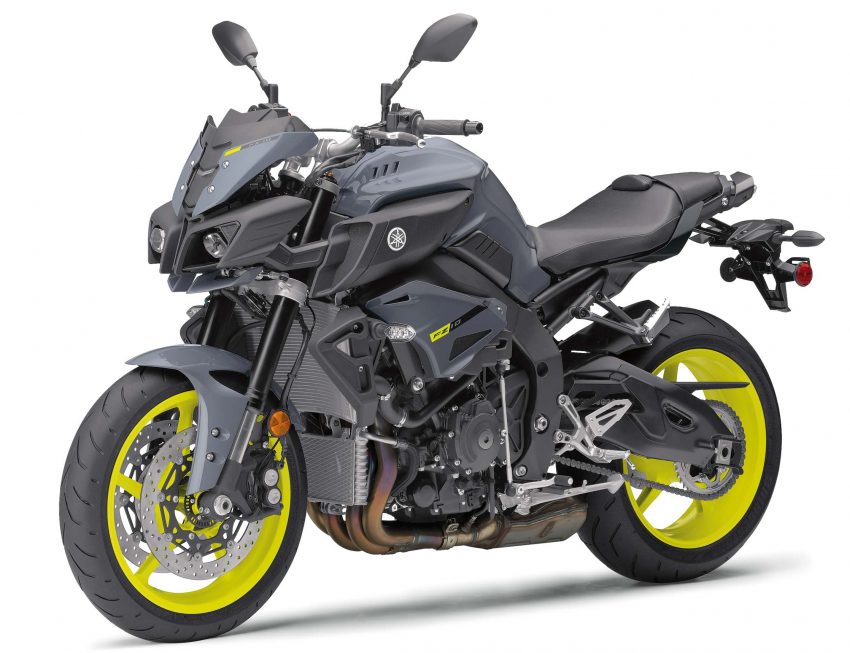 Despite the different audience, the FZ-10 still comes equipped with the same traction control and ride modes as the R1, as well as the same cruise control, slipper clutch, and LCD dash. The chassis and swing arm are also the very same, and it comes with the fully adjustable Kayaba suspension too. The FZ will also come with a few optional extras, including an Akrapovic exhaust, a quickshifter, soft shell panniers, heated grips and a wide range of billet goodies. 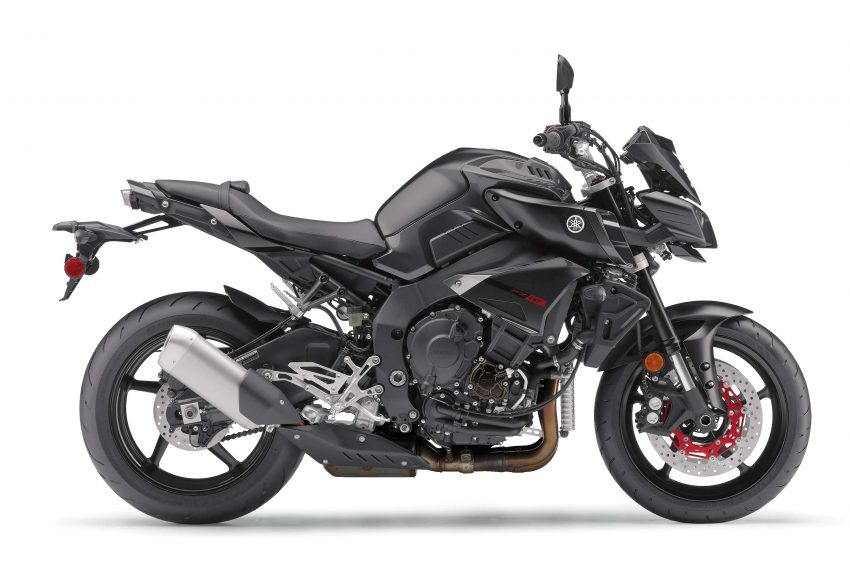 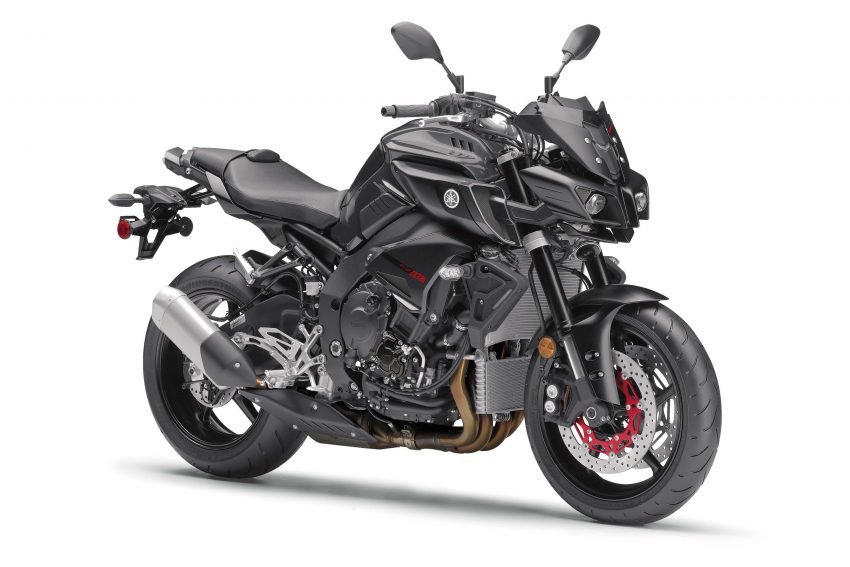 Price wise, it’s set to retail at $12,999 which will put it in direct competition with the already well-established segment leaders like the Kawasaki Z1000, Suzuki GSX-1000 and the BMW S1000R. We haven’t had the chance to take one for a spin yet, but it won’t be long until we give it a try. Until then, enjoy this awesome gallery, and let us know what you think! 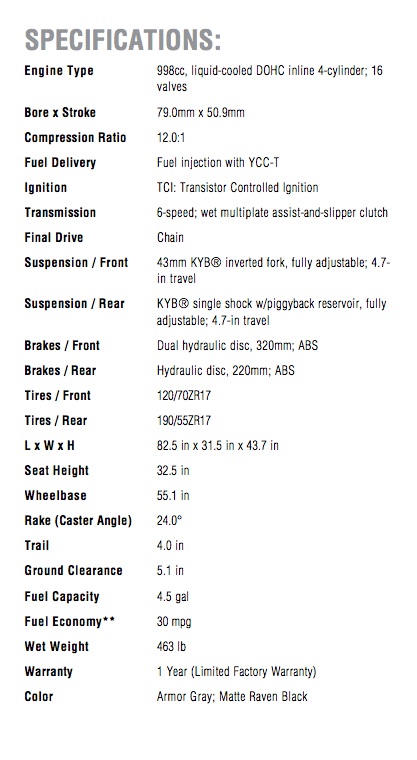 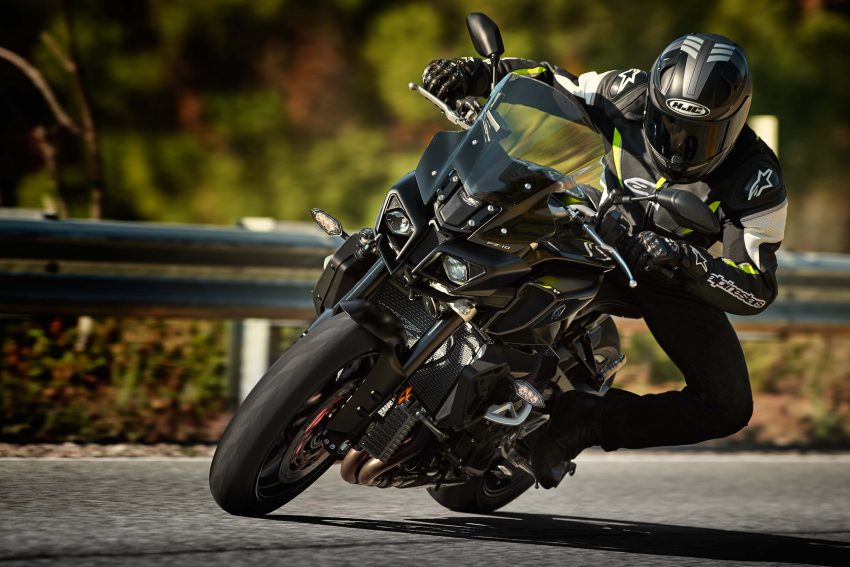 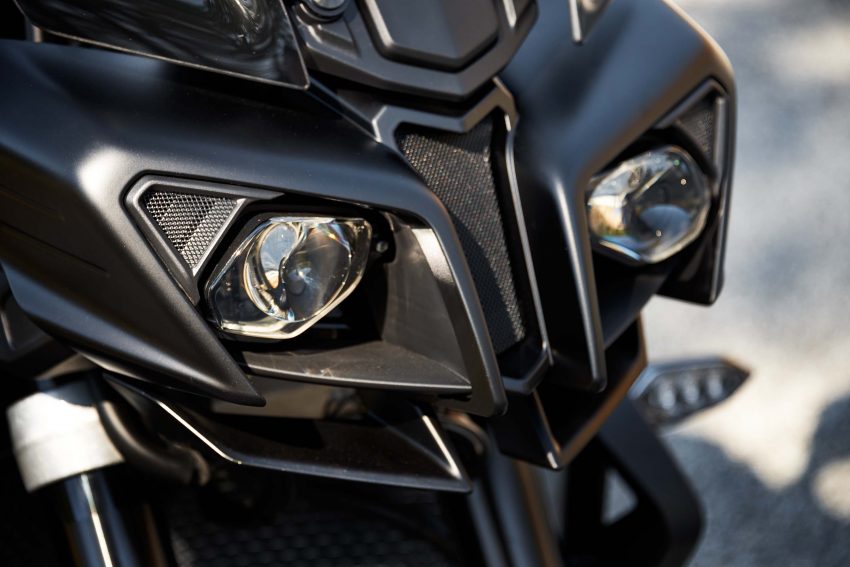 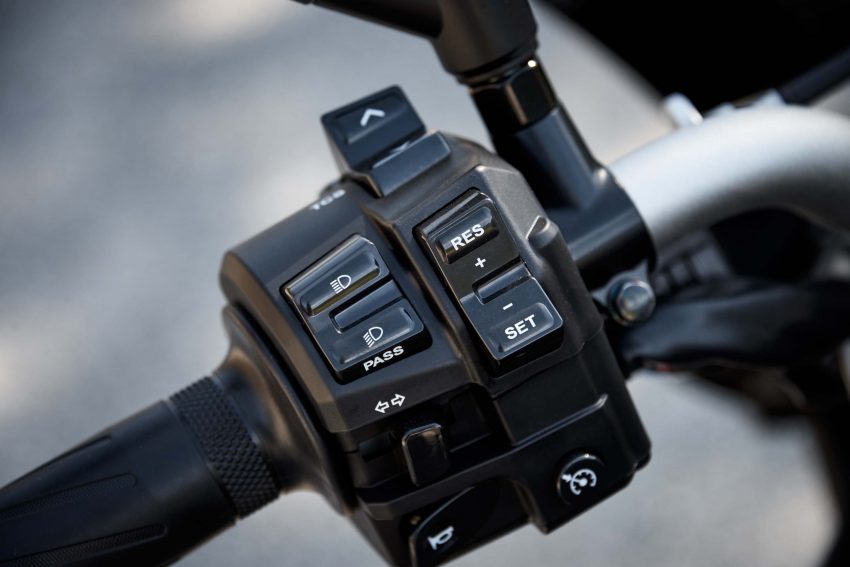 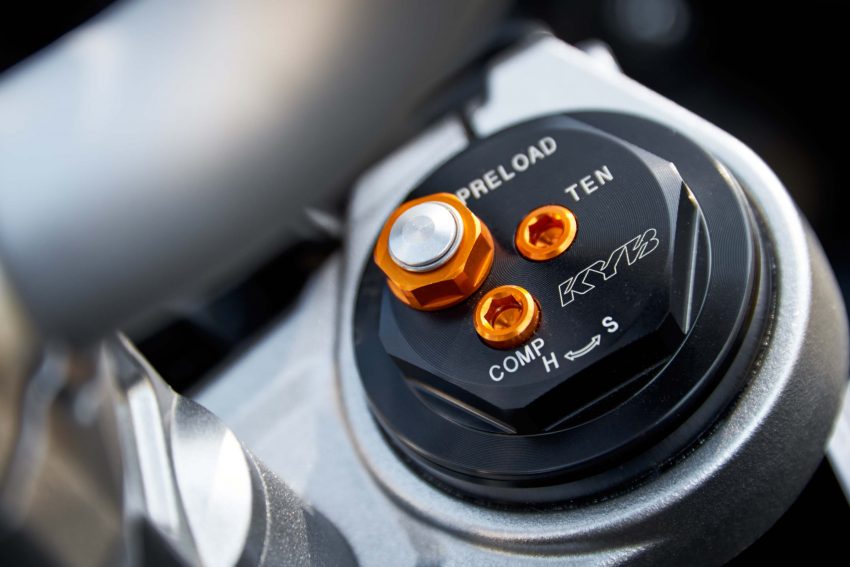 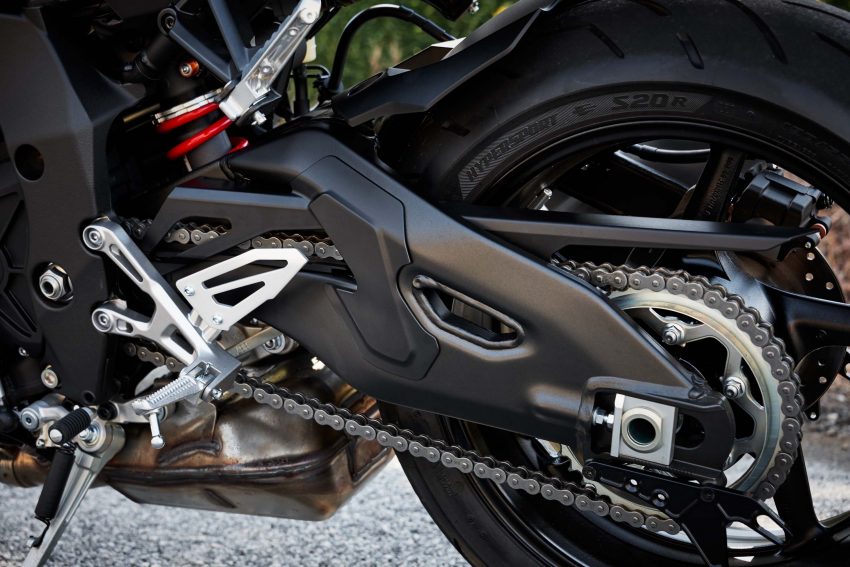 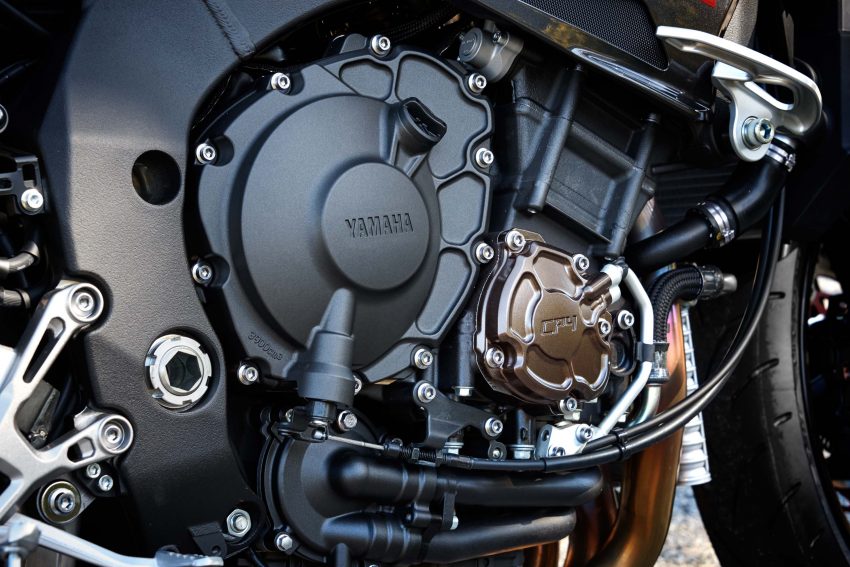 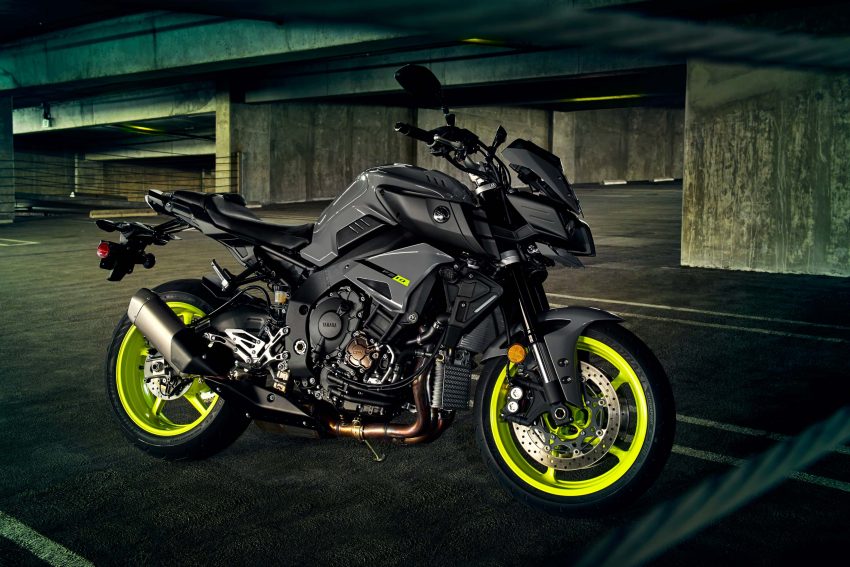 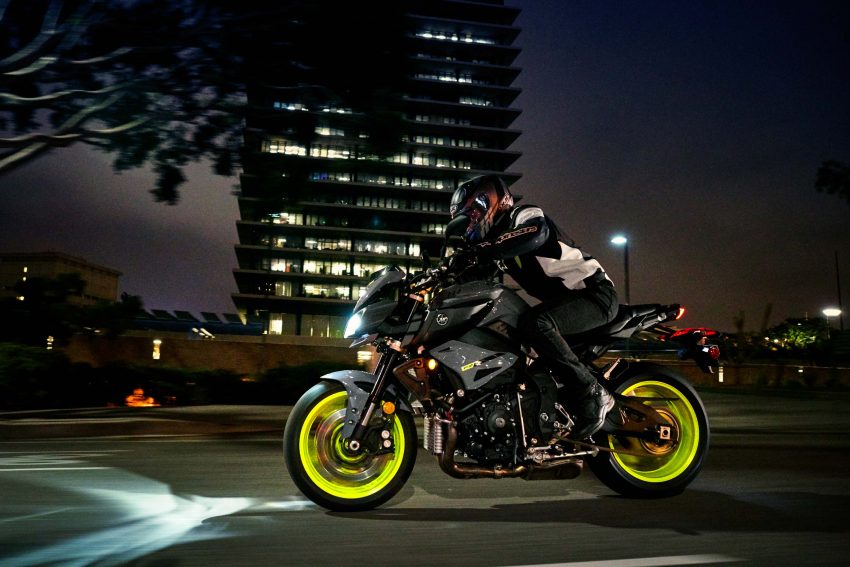 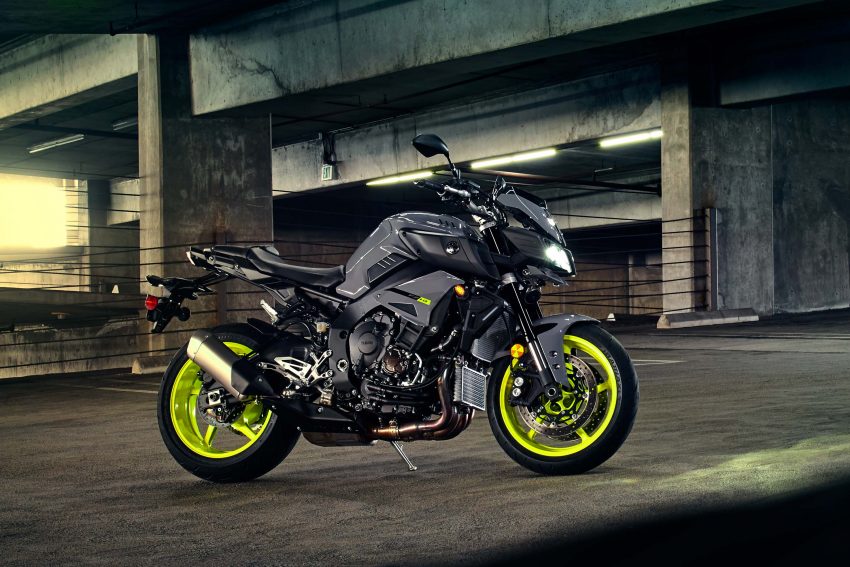 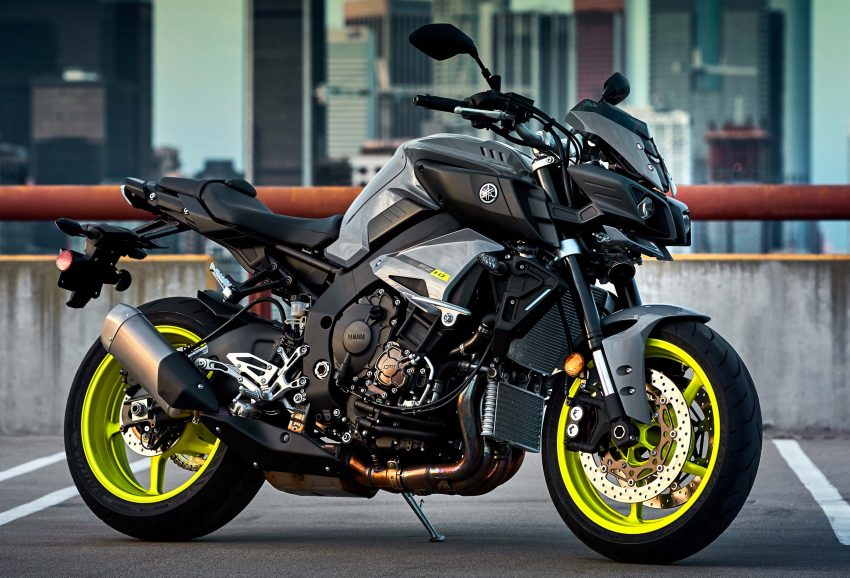 
The Best Mountain Bikes For Men Made By Motorcycle Manufactu...
The Brabus 1300 R: Lavish Street Beauty with The Heart of a ...
What’s The Best 2 Stroke Dirt Bike? Our Top 10 List!
The Yamaha 60th Anniversary Edition VMAX
Top 10 Fastest Motorcycles in the World
2021 Ducati Scrambler Nightshift: A Classic Gets a Stealthy ...