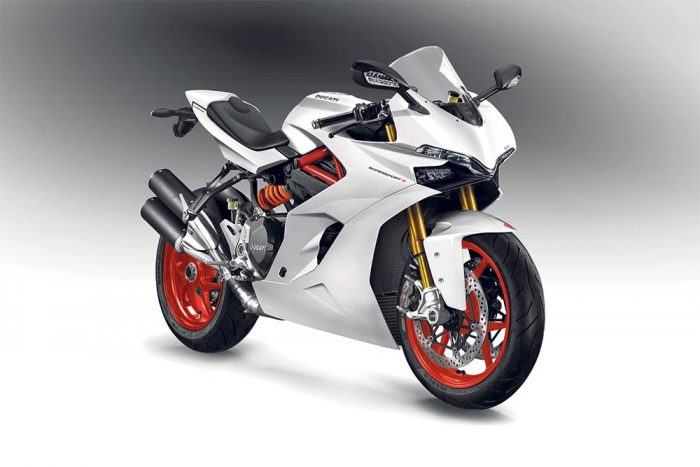 The recently unveiled “Project 1312” Ducati 939 SuperSport has caused a bit of the divide in the Ducatisti camp – some love it, some hate it. While the details are still sketchy, and closely guarded by Ducati, we’ve managed to find a few more specs, and we’ve collected a few opinions too. We’ll take a look at the new specs first, but afterwards, we’ll look at whether the SuperSport has found a necessary gap in the market to fill, or whether it’s just a diet Panigale that’s doesn’t belong on the roster at all.

We mentioned before that the Ducati 939 SuperSport will come in two versions: the 939 SuperSport and the 939 SuperSport S, the latter no doubt coming with all of the best upgrade options. At the moment, they will be the two options available for 2017, however, previous incarnations of the SS have had engine sizes that range from as small as 400cc to as big as 1000cc. So, if all goes well, perhaps we’ll see some expansion of the range in future. Until then, we can only look at what we can see: a revised Hypermotard 939 Testastretta L-twin, liquid cooled engine, in a slightly modified and refined Monster frame.

The SuperSport will roll on Pirelli Diablo Rossi II tires on rims that are very similar to the current 1299 Panigale options, and the suspension duties are handled by Ohlins units at the front and rear for the SuperSport S version – the regular SuperSport will probably be given Sachs suspension instead, though both versions will no doubt be fully adjustable.

The braking duties will be handled by Brembo, with an M4.32 monoblock, four piston caliper and two floating discs at the front, and what appears to be a twin piston caliper at the rear. Both models will also feature ABS as standard, thanks to the new Euro4 regulations. The rider aids don’t stop at the brakes either, and it seems like both versions of the SuperSport will come equipped with three riding modes (Sport, Touring, and Urban) which work in conjunction with Ducati’s eight levels of traction control. 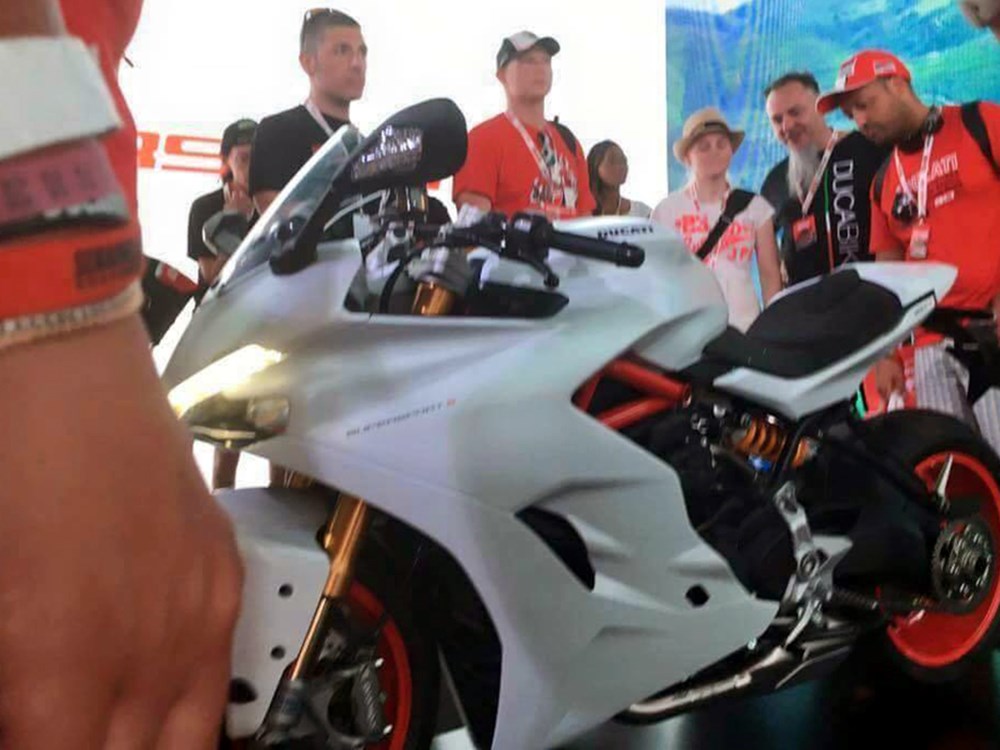 Aesthetically, and as you can already see, there are some definite styling cues taken from the Panigale – but this isn’t a Panigale, or even remotely related. However, it’s a theme that Ducati have repeated before, when the older early 90s era of SuperSports were styled to match the 888 superbike ideas. The idea is more than just aesthetic: the modern SuperSport does exactly what the older ones did – offered a less aggressive and intense riding experience than the rest of the stable.

Which begs the question: Is there a point or purpose to the new SuperSport? You could argue that any addition to a manufacturer’s line up is a good thing, but when that addition is a more “road orientated” sportsbike, you can’t help but wonder who the target audience is. If you want a Ducati that has a pillion option, a versatile riding experience and something that doesn’t have the fury of the Panigale, then surely the Multistrada is your weapon of choice? And even if you do want something with a bit of “go” but more restrained, then you’ve got plenty of Panigale options to choose from. And that’s before we even talk about the matter of the pricing… At $15,000 a pop, it seems a little too expensive for what you’re getting. Or for what you’re NOT getting, to be more specific. Though, that’s my opinion – and I’m sure that the SuperSport will certainly get buyers, I just don’t know who they’re going to be. Let us know what you think!


The Top 10 Best Value Motorcycle Models Of 2017
10 Modern Takes On The Classic Scrambler Motorcycle
Is Kawasaki Planning On Supercharging A Z900RS?
A Turbocharged Hayabusa Will Arrive In 2019 – Apparently!
Exploring The Capabilities Of Caterham Brutus 750
3 Seriously Cool Honda Grom Customs