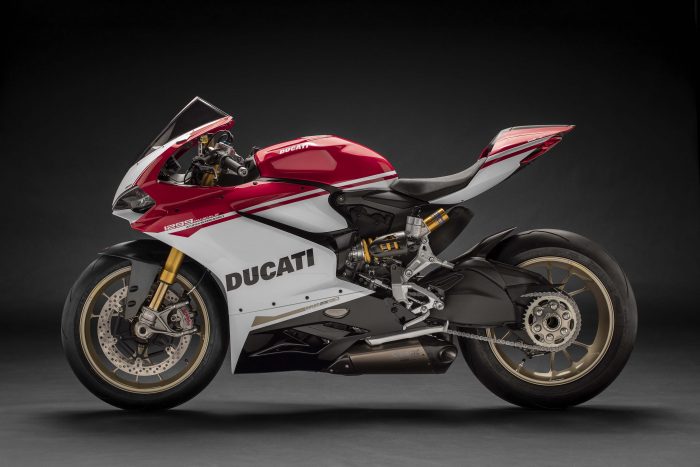 And now for Ducati’s second unveiling: the 1299 Panigale S Anniversario. With an impressive 205 hp, a high-tech electronics package, and with only 500 of them being made, this is going to be an instant collector’s item. If you want to celebrate Ducati’s 90th anniversary in style, then this is the bike for you. Recently unveiled at the World Ducati Week in Italy, by Casey Stoner and Ducati CEO Claudio Domenicali, this is one of the most prestigious Ducati of all time. According to Ducati, the 1299 Panigale S Anniversario is their most technologically advanced superbike, complete with a wide range of updates and upgrades, putting it as close to a World Superbike machine as legally and logistically possible. 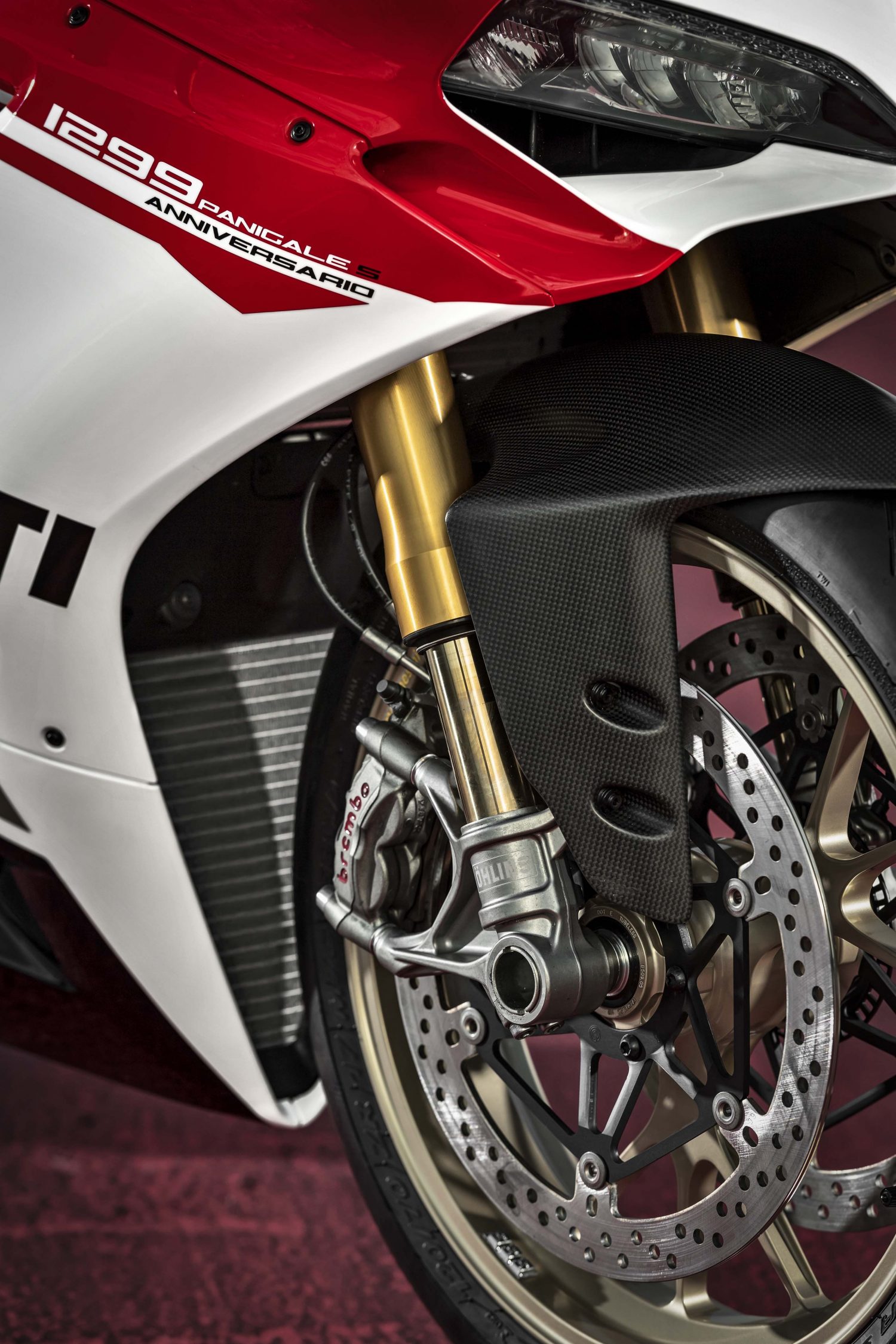 In terms of specification and aesthetics, this ultra-limited edition is smack bang in between the Panigale S and Panigale R, however it’s so much more than both of those models. It comes equipped with a brand new version of Ducati’s Traction Control (called the DTV EVO) which gives this Panigale a little something else: it’s driftable. Thanks to the brand new electronics package, the DTC EVO, revised algorithms and a Bosch Inertial Measurement Unit, you can drift this Panigale relatively safely. While the idea of drifting a superbike is somewhat ridiculous (although awesome to watch) the whole point of the system isn’t about putting the bike sideways around a track, it’s to make the bike behave more like a MotoGP machine. Thanks to the smart traction control intervention settings, the rear wheel can now spin at more precise levels, allowing for faster and safer cornering. 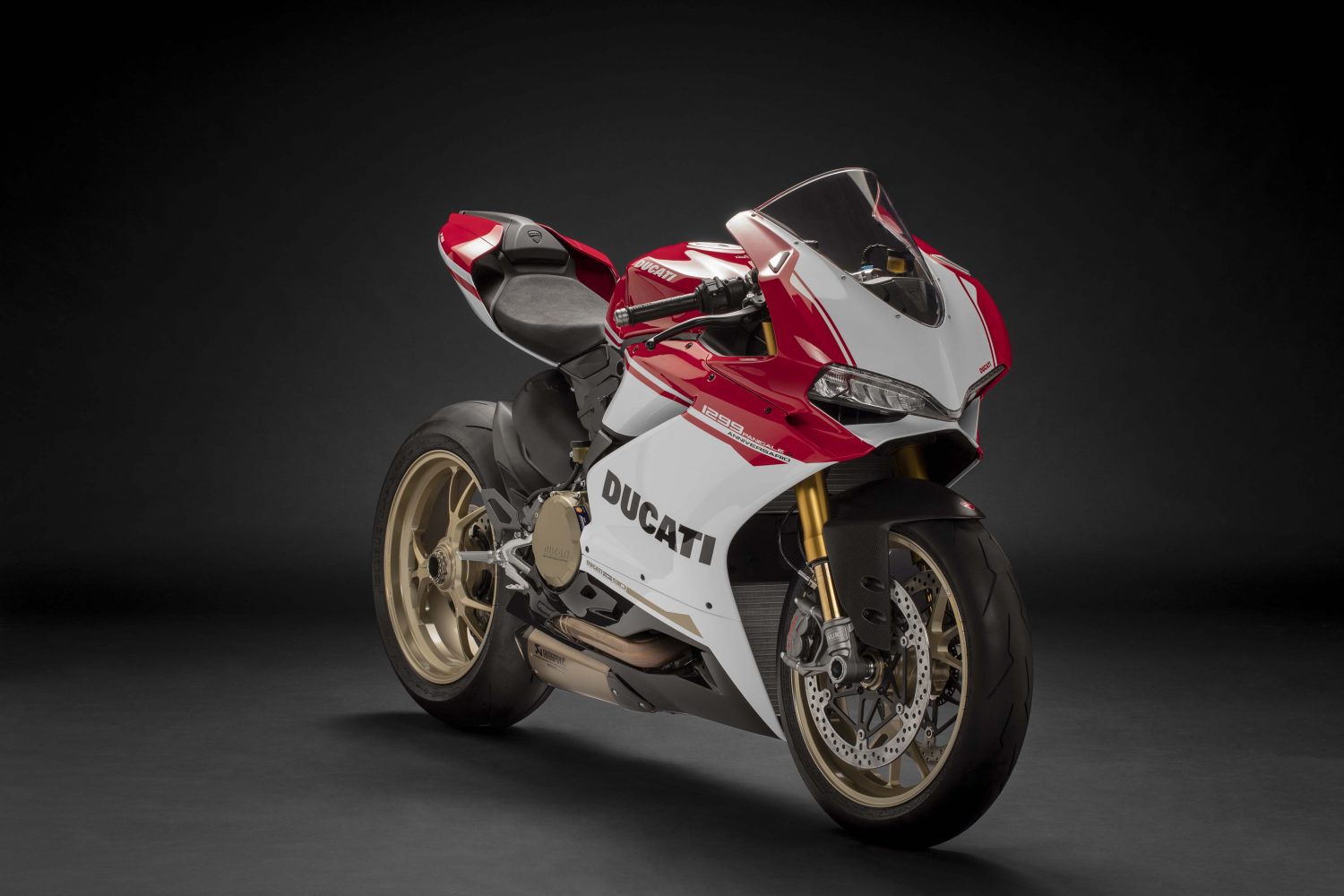 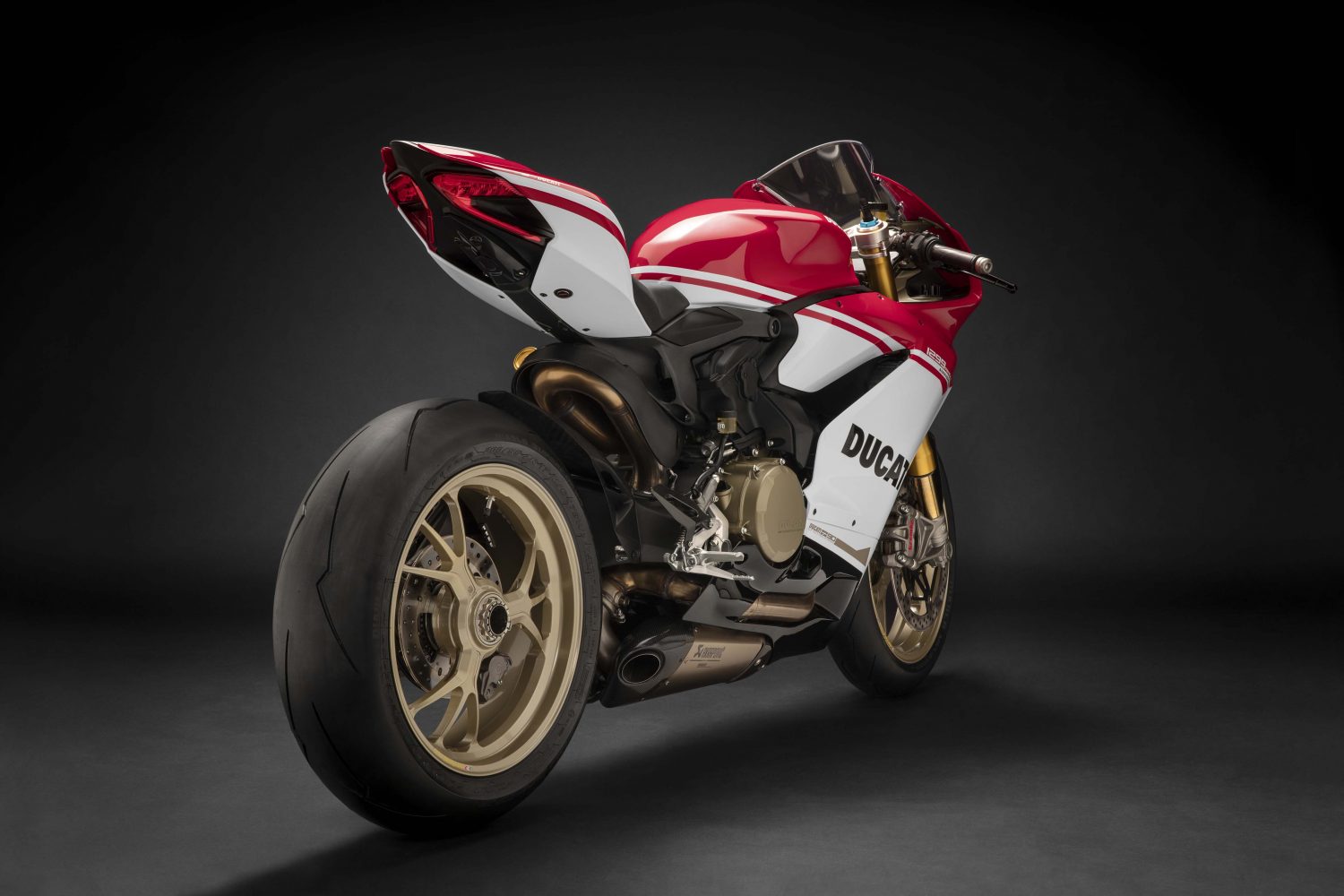 Apart from the unprecedented drift capabilities, the Anniversario is blessed with a stylish and MotoGP and WSBK inspired racing livery, complete with Ducati Anniversary themed gold wheels, and a gold tinted Akrapovic exhaust system. On top of that, the Ducati comes with a new steering head, a light weight lithium battery, and carbon fiber bits and pieces, along with a new rear shock. 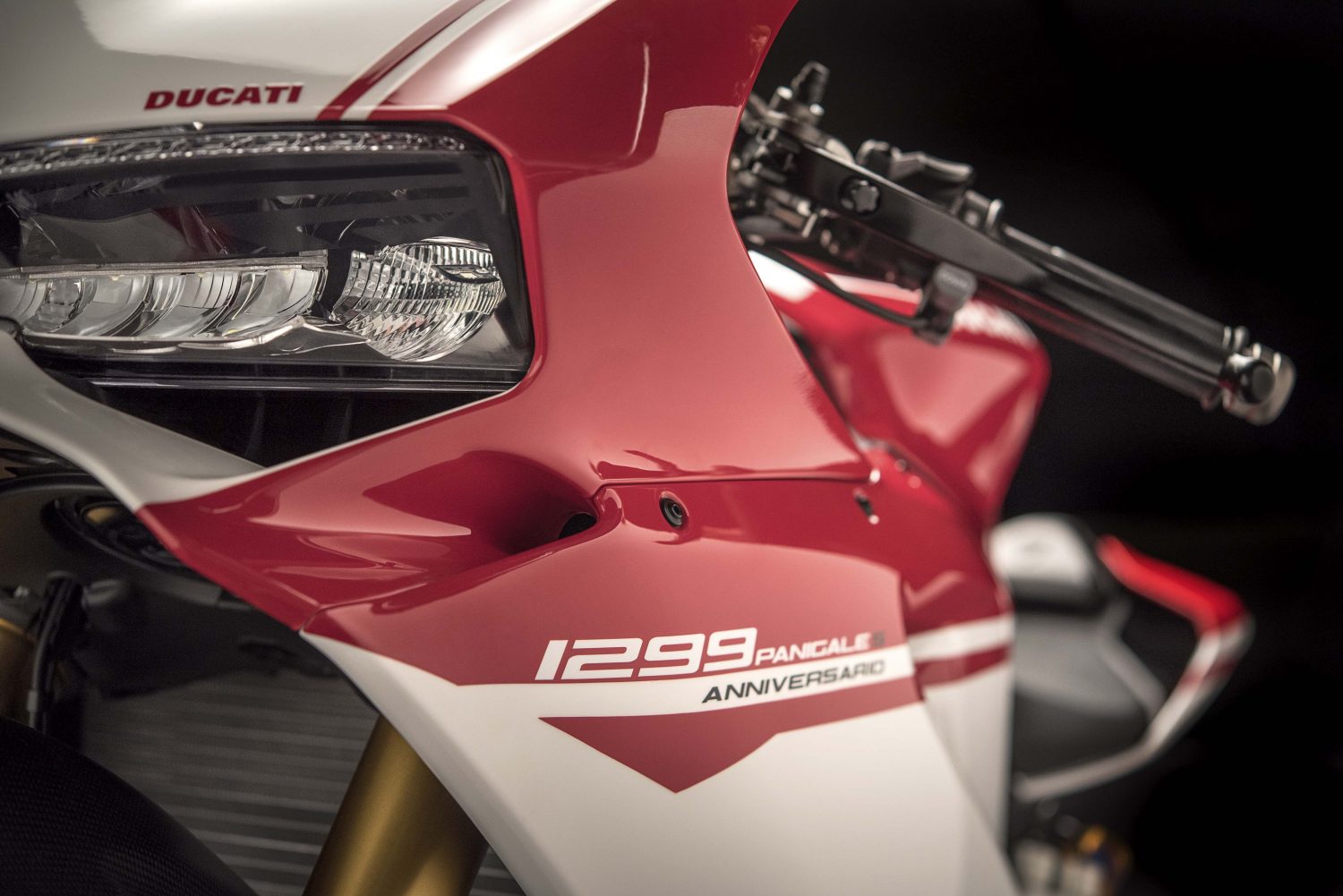 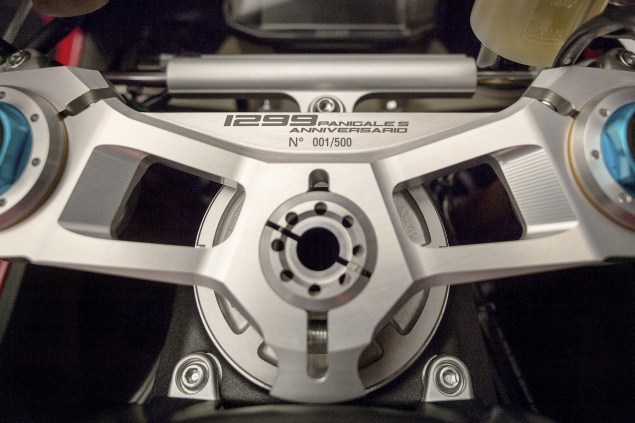 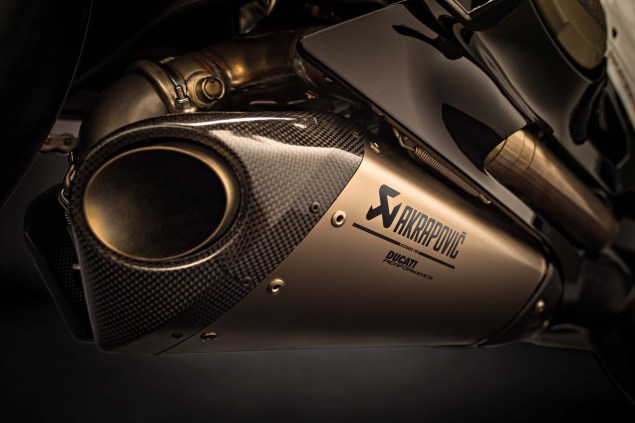 Finally, the Anniversario comes with racing kit consisting of a few key billet aluminum parts, a cover for the license plate holder – for when you remove it on track days, and an the full titanium Akrapovic race exhaust. Despite all of the huge upgrades, the Panigale is still powered by the usual 1299 Superquadro V-twin engine. 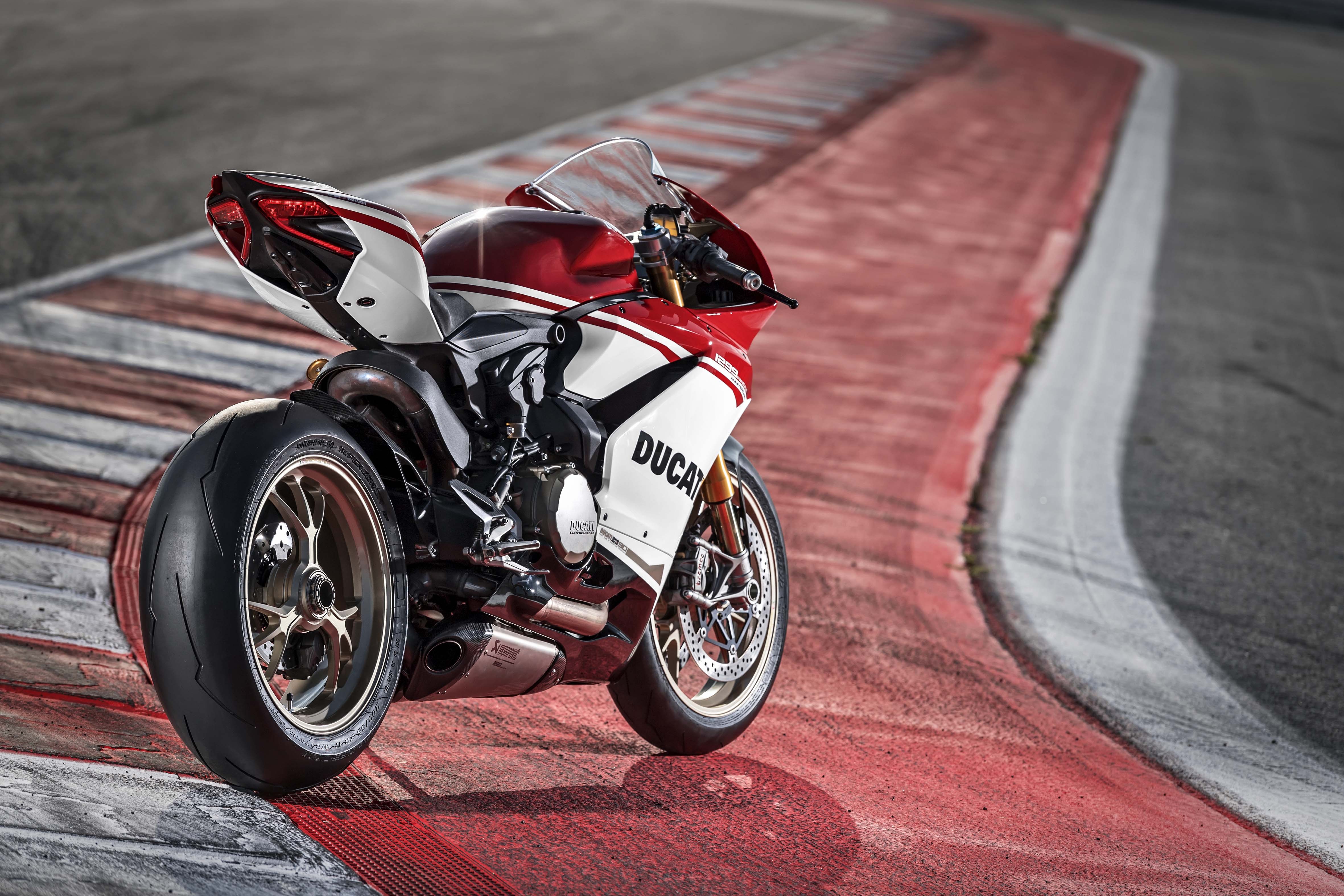 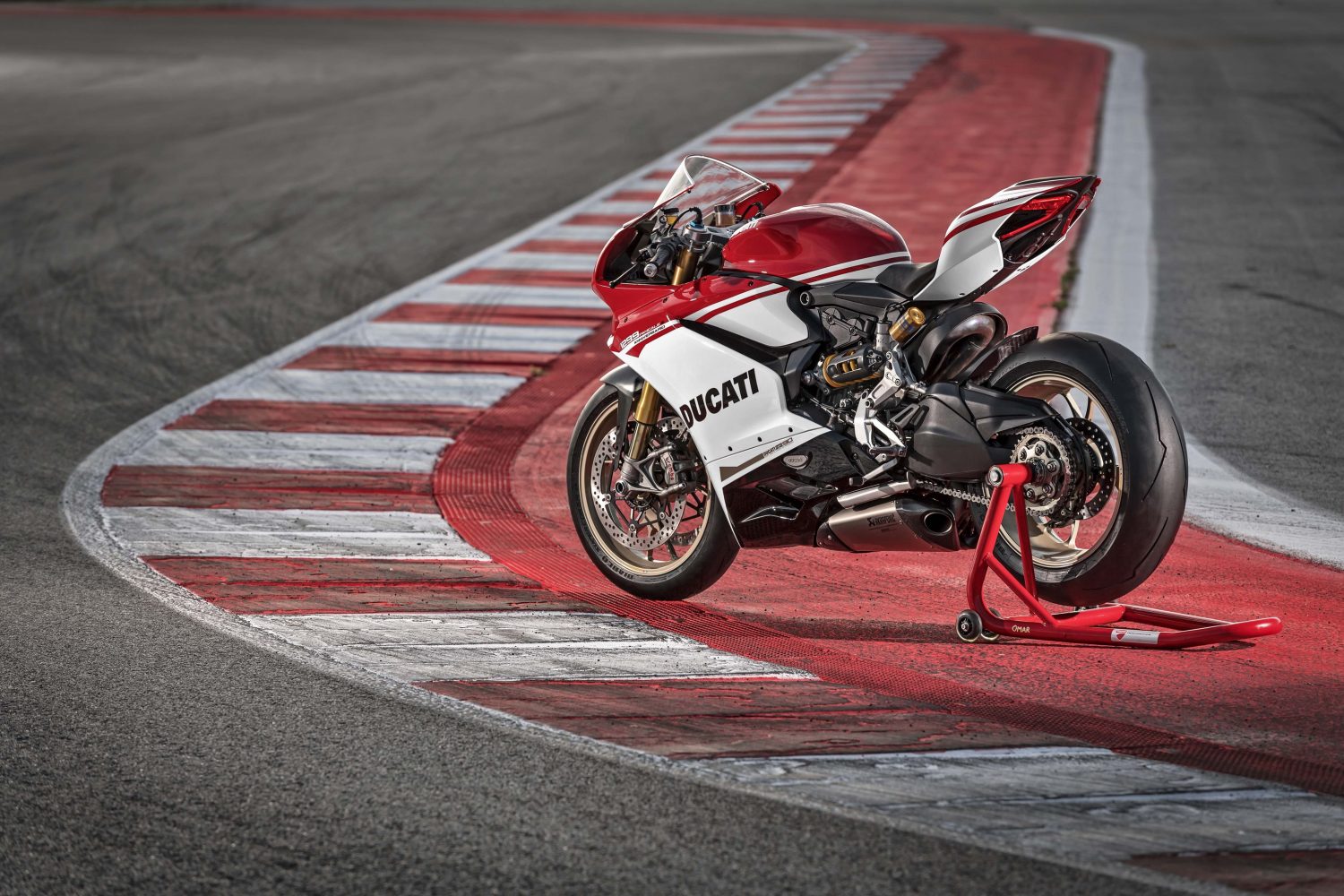 If you want to get your hands on one of these, you’d better act fast. There’s only going to be 500 of them, with each one engraved with its limited edition number on the top yoke. As for the cost? It’s a lot, with a $32,000 price tag, but that’s a small price to pay for what will be a highly sought after collectors item. 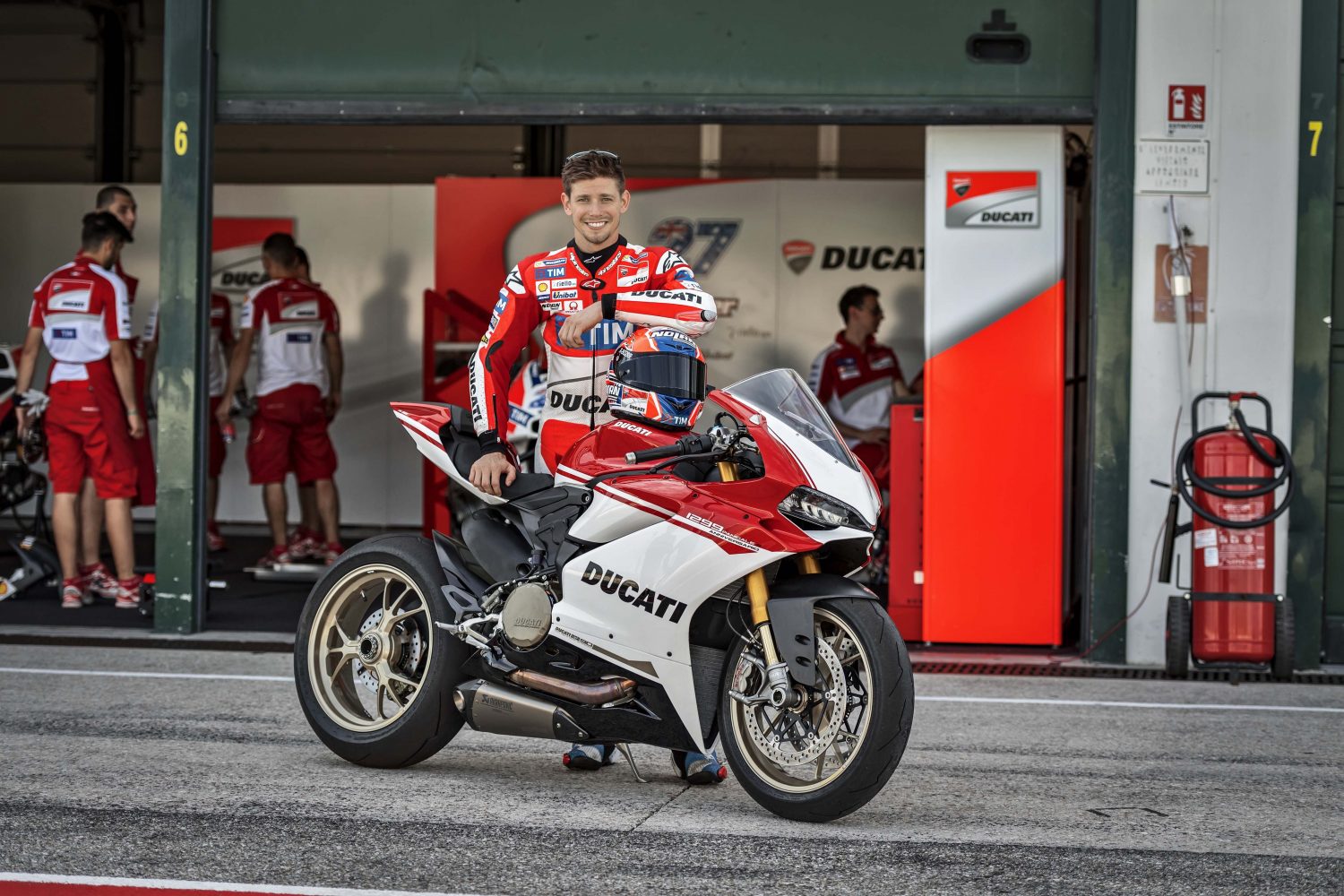 What About The Ducati Panigale V4 Range? 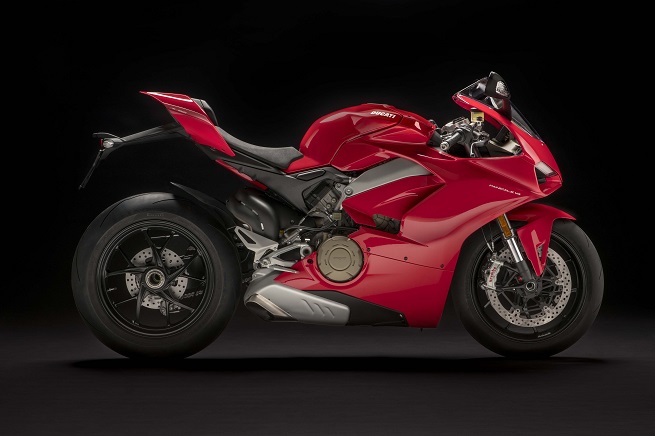 First up, the base model Panigale V4 comes with a price tag of $21,195 for the United States, which puts it a touch more expensive than the good old 1299 Panigale to the tune of around $1,200. That’s not exactly a big price to pay when you consider the amount of research and development that has gone into the Desmosedici Stradale engine – so the price bump is more than justified, and the overall price point is fair, right? But that’s if you want the bottom rung Panigale V4…

If you’re feeling saucy and want to splash out on the more exotic Panigale V4 S model then prepare to be broadsided by the price tag. For those who can’t live without the prized “S” designation, you’re going to have to pay an extra $6,300 for the pleasure, because the 2018 Ducati Panigale V4 S is priced at $27,495. 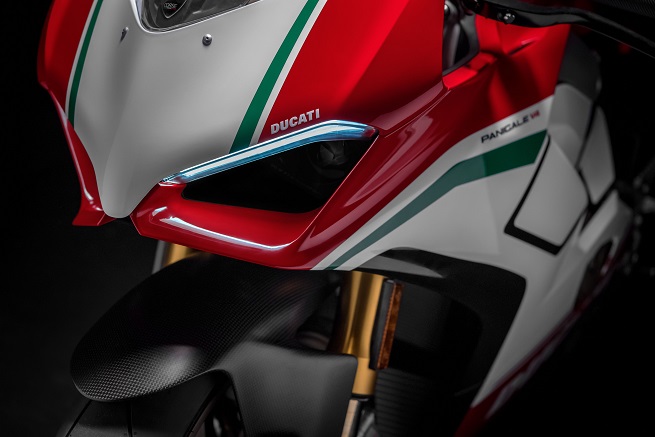 And then there’s the 2018 Ducati Panigale V4 Speciale. The difference between the Panigale V4 S and the Panigale V4 Speciale is the simple matter of 12 horsepower and 10 kilos. The Speciale will have an incredible 226 horses on tap and will weigh a little less than the S model, but you have through the nose for the pleasure. Get ready for it…the 2018 Ducati Panigale V4 Speciale will set you back a whopping $39,995. Yes, that’s forty grand’s worth of Italian engineering, but the incredible thing is that this isn’t even going to be Ducati’s top tier bike: we’re still waiting for the “R” model to arrive, which is slated to be their big boy version, which won’t be released until later on next year as a 2019 model. So if you’re going to buy the V4 Speciale, be warned that you’re going to be paying forty grand for second best…! 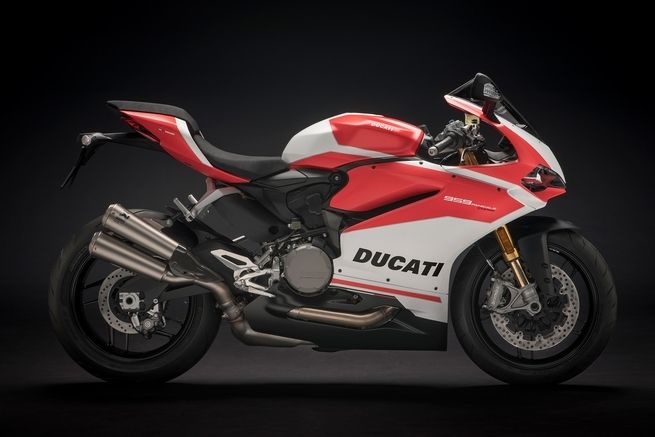 If you’re a normal human being though – the kind with normal budgets and normal worries, normal cares and a normal bank balance – let it be known that you can just buy a good old fashioned, twin cylinder 2018 Ducati 959 Panigale for the far more respectable price of $15,395. It’s ridiculously cheap in comparison, right?