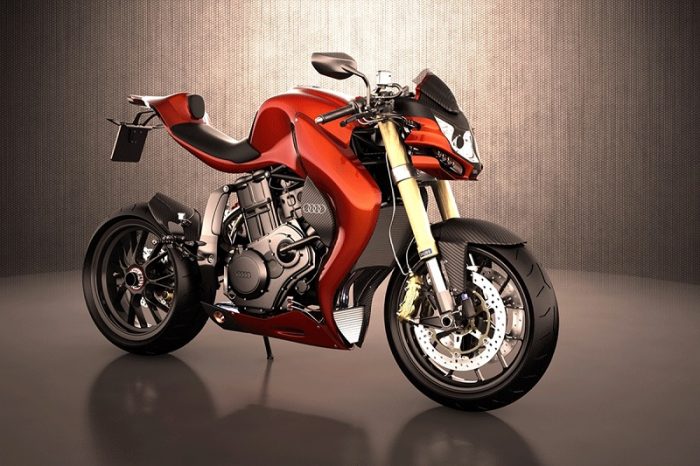 It’s called the Audi Supersport 10R, and it’s an awesome design project from Italian designer Alessandro Lupo. Just to clarify though, this isn’t an official Audi concept – Audi have already had a go at motorcycle design, and they even built a prototype back in the seventies. Take a look further down to see how that panned out… 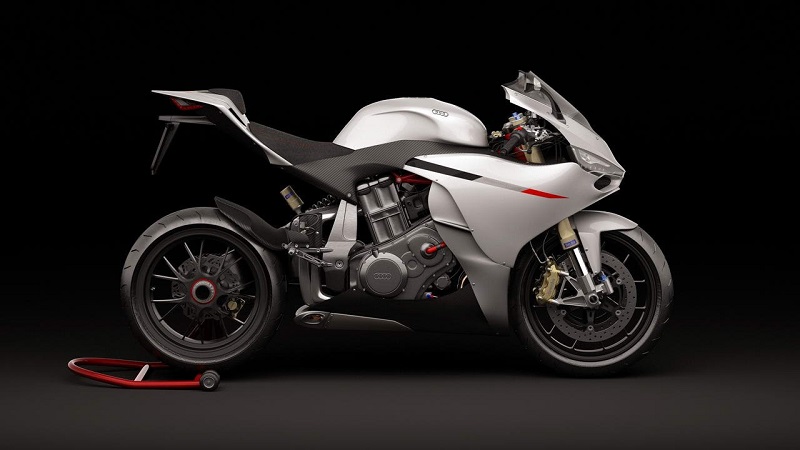 Anyway, back to Alessandro’s Supersport 10R. In the video (and pictured above) we’ve got his original concept, which is an awesome, faired machine. Naturally, it takes a lot of styling cues from Ducati, which makes sense considering that Audi owns the famous Italian brand, but it does have a bit more Italian influence, perhaps from the Aprilia RSV4, right?  It comes equipped with a 999cc V4 engine, housed within a lightweight frame made of aluminum and magnesium. The frame has been mated to Ohlins suspension units, and has been fitted with magnesium rims from OZ-Racing complete with Pirelli rubbers and Brembo brakes. However, he’s also unveiled these images: a super NAKED version of the supersport 10R, which looks pretty damn appealing. It’s more than just a carbon copy of a Panigale, and features some very nice stylings indeed. 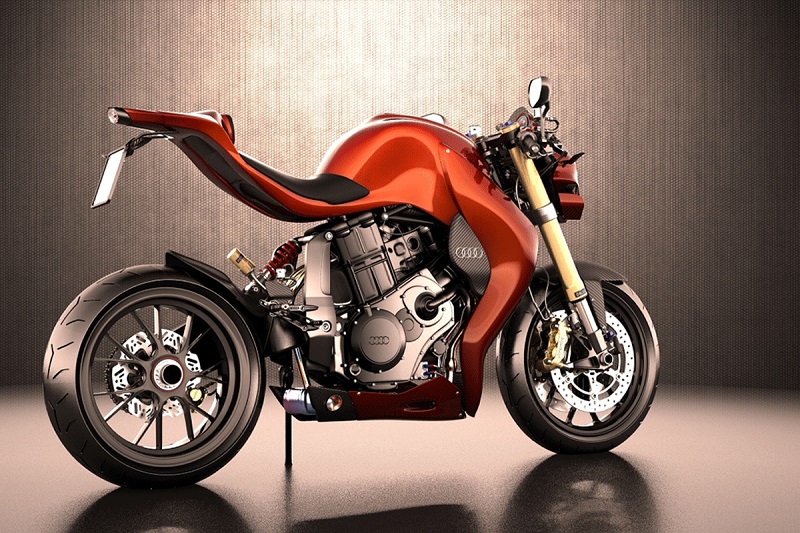 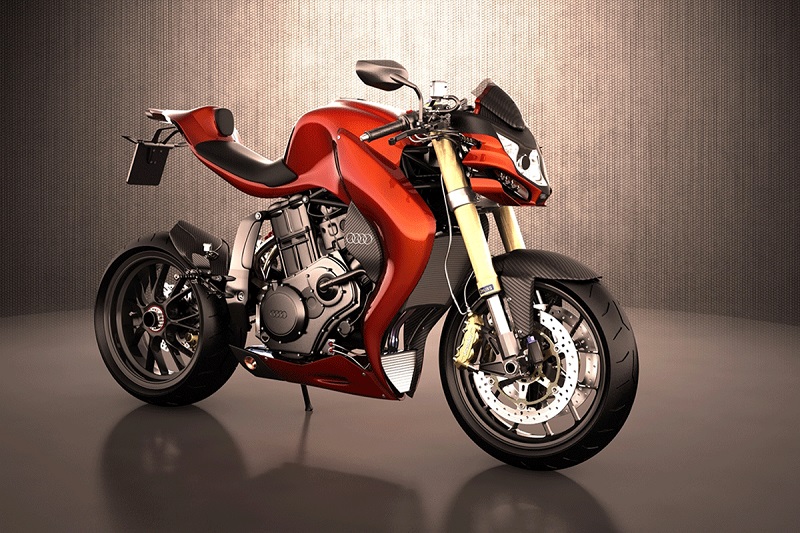 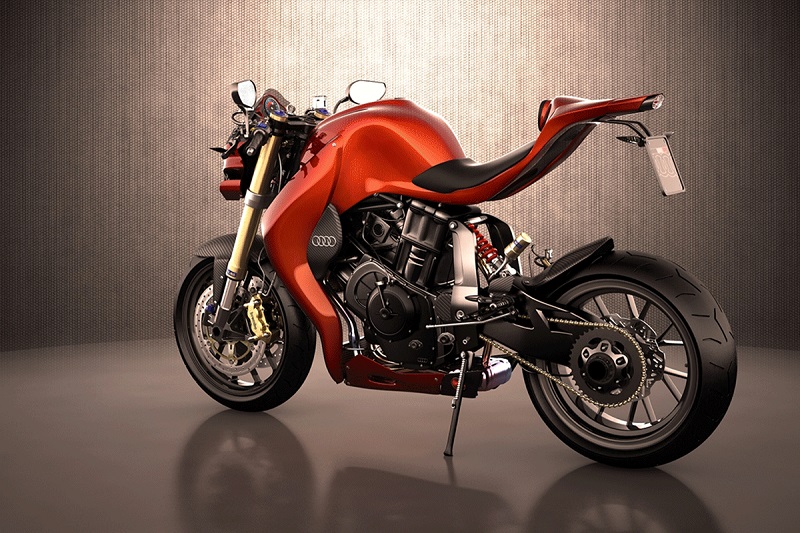 We’ve always wondered what it be like if Audi actually made a motorcycle…but oh wait! They’ve done it already. Cast your mind back to 1976, or look at the picture below instead. That’s right – this is a genuine Audi motorcycle. It’s called the Z02, and it’s a one of a kind prototype. It featured a four cylinder, four stroke, liquid cooled engine that produced 70hp at 5,800 rpm. And it’s definitely not the most attractive thing we’ve ever seen. They only ever produced the one, and you can imagine why. 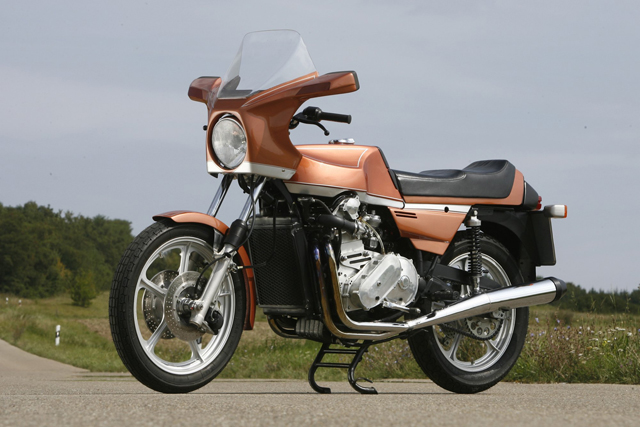 Anyway: this isn’t news, or anything more than an artist dreaming up an exciting concept. Why would Audi make a motorcycle, when they already own Ducati? Is an Audi motorcycle even a thing you’d want to own?


Harley-Davidson Pan America 1250: Hog Heaven Adv Motorcycle
The Honda Grom Receives Serious Updates
2015 BMW S1000RR HP4, The Last Superbike You'll Ever Need
The Autonomous, Intelligent, Self-Balancing Yamaha Motoroid
Motorcycles Are Great on Gas, But Are They Bad For The Plane...
The 2018 Suzuki GSX-R1000: Which Color Do You Want?