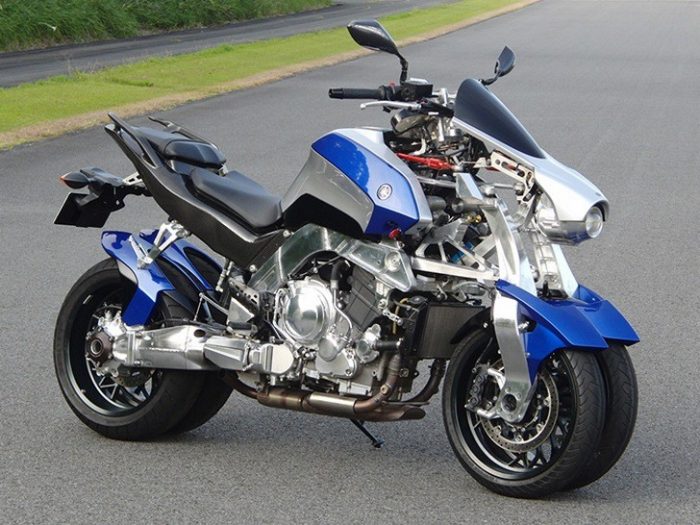 If Yamaha’s three wheeled motorcycle concept raised one of your eyebrows, hopefully their four wheeled offering will raise your other one. Earlier on this week, we showed you a few glimpses of Yamaha’s latest three wheeled concept, the 850cc MWT-9 concept, but now they’ve taken the idea a step further and have teased us with the OR2T, a 4 wheel motorcycle that bounces off of the same principle.

In recent years, interest in the multi-wheeled motorcycle department has really taken off, but after seeing tried and tested models from Quadro and Piaggio, you’d think that Yamaha had arrived late to the party – but no, here they are and honestly, their concepts are a little more…exciting – if the idea of a 4 wheel street motorcycle appeals to you, that is. 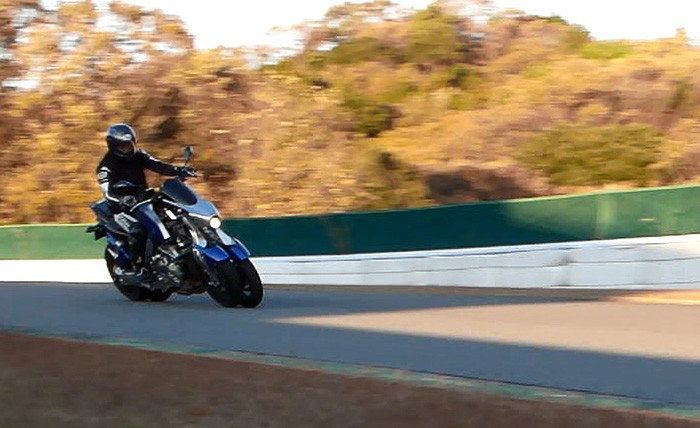 There’s no question that both the MWT-9 and this new concept, the OR2T are derived directly from Yamaha’s Tesseract concept model that they unveiled way back in 2007, but where the Tesseract failed, this seems to succeed. Firstly, it’s a more refined design. Secondly, it looks street ready.

The four independent suspension units have been designed to deal with anything, from highway cruising to even the most stubborn of surfaces, bearing resemblance to the Tricity models we showed off recently. 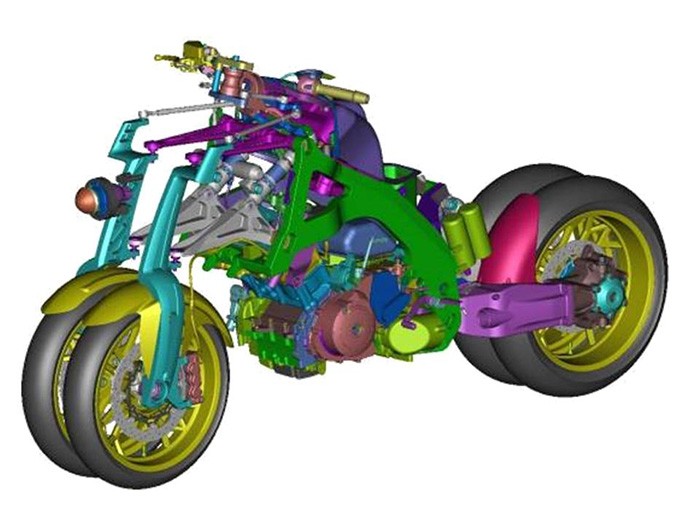 Engine wise, we’re still playing the speculation game and many observers see a striking similarity to the XT1200Z Super Tenere power plant, but we’ll have to wait until the EICMA show in Milan at the end of this month for further details. We can see a shaft drive working there, integrated into the bike’s ultra-modern, independent swing arms. Also, Yamaha’s other model, the MWT-9 boasts a larger engine than most of the other three wheelers out there, so an even larger one in this 4 wheel motorcycle seems logical. Even if only to separate their machines out in a crowd.

Like mentioned above, we’re going to have to wait until EICMA for more news. And waiting for EICMA is like waiting for Christmas: excitement, anticipation and at least a few drops of disappointment when it’s all done and dusted. Check out the video above for more information about this exciting Yamaha four wheel motorcycle.