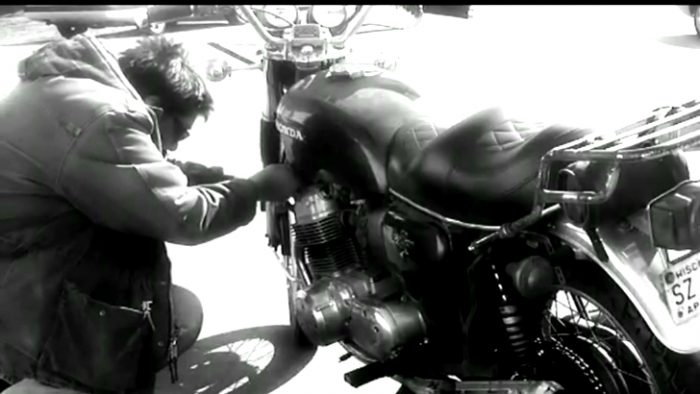 State wise, it doesn’t take a genius to work out which areas are likely to fall victim to motorcycle thieves. Taking a look at the graphic here, it’s plain to see: if it has the weather for all year ‘round riding and comes with a coastline, it’s going to be one of the worst. These statistics come from the National Crime Bureau between the years 2013 to 2014/15.

However, that doesn’t necessarily mean that your bike is going to get stolen. Now, let’s narrow it down to the top 10 cities that are most plagued by motorcycle thefts…Does your city have the highest motorcycle theft rates?

Interestingly, Albuquerque makes it into tenth place, despite the fact that New Mexico as a state doesn’t even make it into the top 25 worst offenders. In 2013, there were 286 recorded thefts in the city, but in 2014 that figure increased to 390 – up by an unbelievable 36%. Living in Albuquerque? It might be time to invest in a ground anchor or two…

Unlike New Mexico, California is in the “worst offenders” segment, in fact, it sits in the top spot. However, Los Angeles isn’t doing that badly. Back in 2013, only 545 thefts were reported – surprising, considering the city’s population and bike culture. In 2014, that figure fell dramatically, to a mere 397; that’s down 36%. Not bad, considering the amount of bikes on the road.

Another curve ball. The state, as a whole, is like New Mexico: low on thefts overall. However, Indianapolis as a city ranks as the eighth worst. It shouldn’t be too surprising though, given the city’s world famous raceway and biking culture but even so… Back in 2013, Indianapolis recorded 576 motorcycle thefts. In 2014, only 422. That’s a decrease of 27%.

Texas, like California, has a huge biking culture, so it’s no surprise that Houston makes an appearance on this list. Its 2013 theft statistic counted 520 thefts. In 2014, it decreased by 16% to 439. Overall, given factors like population, bike ownership etc, that’s not actually too bad.

San Antonio, on the other hand didn’t fare so well. As Texas’s worst city for motorcycle thefts, San Antonio recorded an increase of 7% for bike thefts between 2013 and 2014, from a low 416 to 447, respectively.

San Francisco also saw a massive increase in thefts between 2013 and 2014. In fact, the city went from a respectable 386 recorded thefts to a staggering 516. That’s an increase of 34%, the second largest increase of motorcycle theft in the whole country.

This one isn’t so surprising, Miami, and Florida in general, tick all of the boxes for high motorcycle theft statistics; they’ve got the weather, they’ve got the amount bikes on the roads and a large population. Miami documented 452 bike thefts in 2013 and 541 in 2014, showing an increase of 20%.

San Diego follows the standard California pattern but don’t forget that these statistics are always going to be stacked against California, one of the largest motorcycling regions in the world. Fortunately, like Los Angeles, San Diego’s thefts have actually decreased. Bad luck for our San Franciscan friends… Anyway, San Diego recorded a nice, round 700 thefts in 2013, compared with an equally round 650 in 2014, dropping 7%.

The Big Apple, or Big Bad Apple for motorcyclists claims the second place on the podium. New York is interesting though, because it’s bike theft statistics could include more than your average sports bike; in fact, scooter thefts may be the brunt of this, as they are the ideal mode of big city transport. Anyway, NYC scored a massive 1,001 thefts in 2013, which increased by 3% in 2014 to 1,034.

As a state, Nevada is not the worst place for motorcycle thefts…but as a city, Las Vegas is the worst in the country. In 2013, Las Vegas was second place behind New York with only 899 recorded thefts to its name, but fast forward a year and the title has changed hands. Las Vegas recorded an increase of 29%, to a whopping 1,163 in 2014.

But if you live in any of these cities, or just care about your bike in general, in might be worth beefing up your security…Decent motorcycle theft prevention is much better than relying on over-stretched law-enforcement agencies having to search for your stolen motorcycle!

The best way to protect your motorcycle is to do your best to prevent motorcycle theft in general. Most stolen motorcycles are taken because they were easy targets for thieves. Don’t forget, professional thieves aren’t easily deterred, and they can over come most motorcycle theft prevention methods fairly quickly. A pro knows how to dodge a security camera, how to make short work of a disc lock, and how to break a chain. The best way to stop a thief is to have a good combination of different security measures in place to keep them busy, to give you more time to be alerted to their presence, offering you (and law enforcement) a better chance of catching them.

In an ideal world, you’ll have a number of devices working together. Disc locks are generally quite good, but they work best when paired with a larger chain secured to an immovable object or a ground anchor, and under the watchful supervision of a vigilant security camera. To prevent motorcycle theft, you can’t just lock your bike and call the job done, you’ve got to go overboard with your security. And if you motorcycle theft prevention methods fail, you’d better have a damn good motorcycle insurance policy.

A good motorcycle insurance policy will cover you in the event of a theft. Sadly, when a bike gets stolen, it usually doesn’t get found. The recovery statistics are getting better, but the police aren’t miracle workers. Investing in good motorcycle insurance can ease the pain of losing your ride…but that’s a worse-case-scenario. Motorcycle theft prevention should be your number one priority: get a disc lock, get a ground anchor, plug in the CCTV, and lock your garage up like Fort Knox!

What To Do If Your Motorcycle Gets Stolen?

The unthinkable has happened, and your motorcycle is not where you left it. What do you do?

#01. Check The Area – A lot of thefts go wrong, and thieves get interrupted or run off, which means your motorcycle could still be within a short radius. Survey the area and talk to your neighbors – they might have seen something. You may even find your bike waiting for you!

#02. Gather Information – While searching the area and talking to neighbors, ask if anyone saw anything out of the ordinary and if anyone has useful security camera footage. At the same time, gather your bike’s documentation, because you’re going to need it shortly.

#03. Hit The Auctions – Before reporting the theft to the police, get online and create alerts for your make and model on the usual online selling platforms. Sound off on your local motorcycle forums too – if your bike is getting sold somewhere, even just parts of it, the motorcycling community will find out about it.

#04. Report It To The Cops – Despite how it feels, this isn’t an emergency, unfortunately. Using a non-emergency number, report the crime to the authorities and get your documents together to go and file a police report. Will this help them get your bike back? Maybe, but probably not. Will it allow you to make an insurance claim? Yes.

#05. Contact Your Insurance – With your police report all sorted, you can now call your motorcycle insurance agency and explain the situation. Naturally, they’re going to investigate everything thoroughly before you see a cent of insurance money, but providing that we’re talking about a genuine theft, you should get your money eventually. Will you be re-united with your motorcycle? Sadly, very few stolen bikes get returned, but that doesn’t mean it won’t happen Keep on the lookout, and it might turn up.

What To Do If Your Motorcycle Is Stolen?

If your motorcycle is stolen, or you suspect that you’re riding around on someone’s pride and joy, it’s up to you to report your suspicion to the police. Naturally, the police are going to investigate and you’re going to be left without a motorcycle while they confirm or deny your suspicions. This can feel bad, but doing the right thing is much better than possibly facing punishment for handling stolen goods – because that’s something you could be accused of. So if your motorcycle was stolen from someone else, what can you do? Being duped into buying stolen motorcycles and parts is a pain, but by being honest it helps stop the illegal trade, and can help prevent motorcycle theft in general.

Providing you have a receipt or a proof of purchase, you can try and get refunded by the seller. The chances of a refund are pretty slim – and at this point it’s worth getting in touch with your local authorities or a legal professional to explore your options.

Q: How to prevent motorcycle theft?

A: Invest in the best security devices that you can afford, and use a combination of them to effectively deter thieves. More security devices makes stealing a motorcycle more risky. Don’t make it easy for thieves to run off with your pride and joy!


Motorcycles Are Great on Gas, But Are They Bad For The Plane...
Win A 2022 Indian Chief: #IRodeToday Motorcycle Sweepstakes
The 2016 ZX14R “Loses” 10hp For 2016
The Best Mountain Bikes For Men Made By Motorcycle Manufactu...
The Rokon TrailBreaker: Two Wheel Drive Awesomeness!
The Honda Grom Returns To The US For 2018!