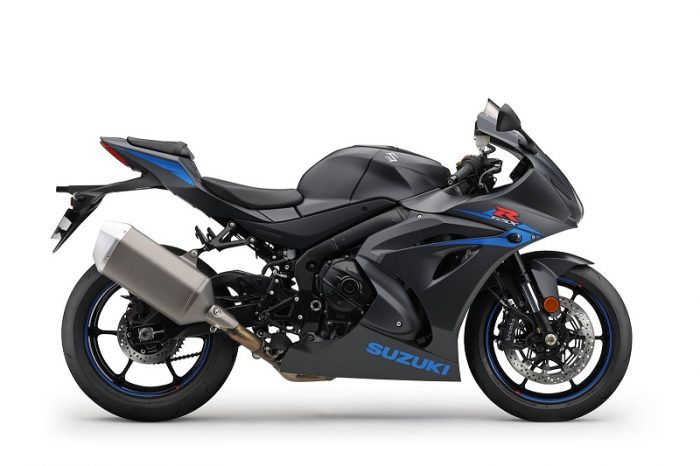 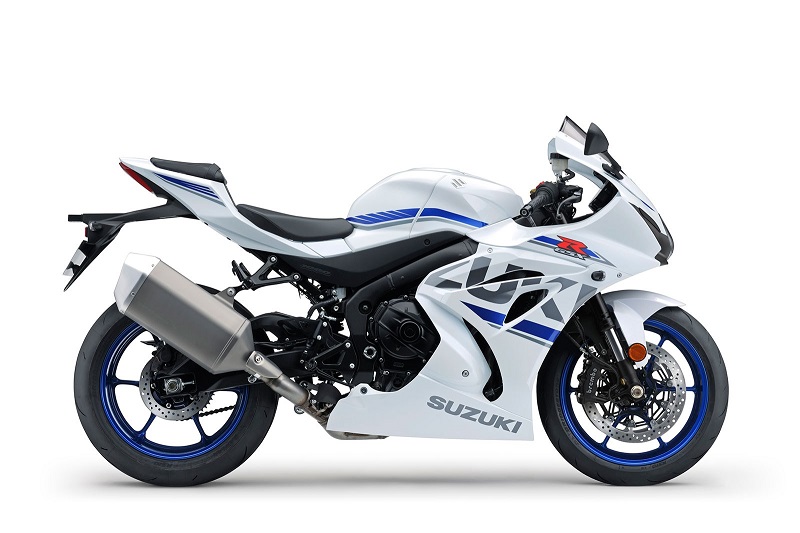 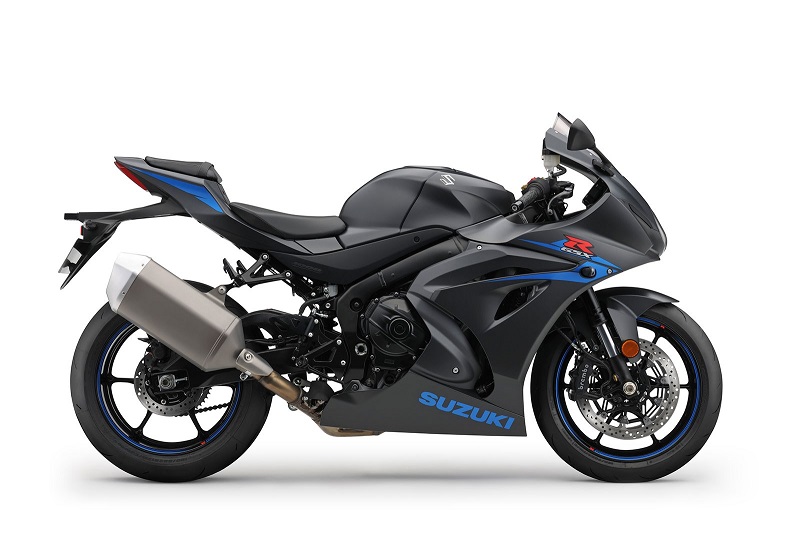 The new paint scheme takes its inspiration directly from the MotoGP prototype GSX-RR’s racing livery, but rather than plastered on a blue base, Suzuki have decided to opt for a more classic white and blue color combination instead, with more focus on the white…as you can see. White color options can be received one of two ways: you either love it or you hate it. We like it, but our level of taste is questionable at best… 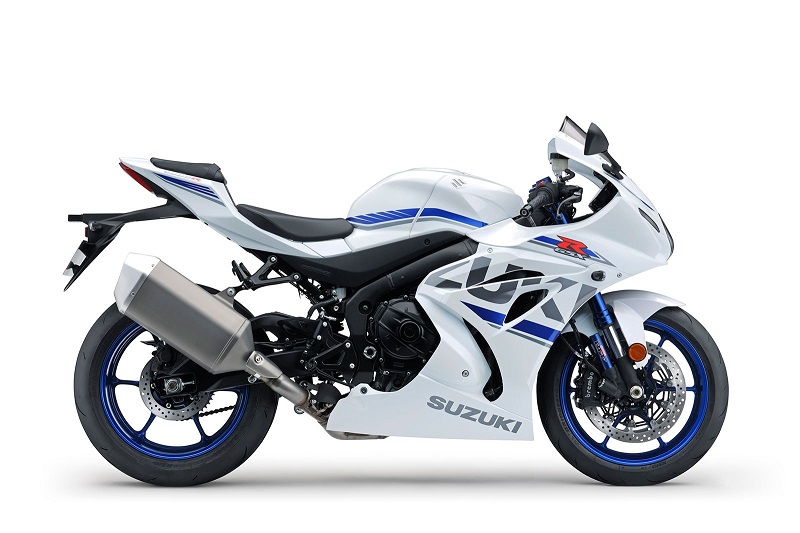 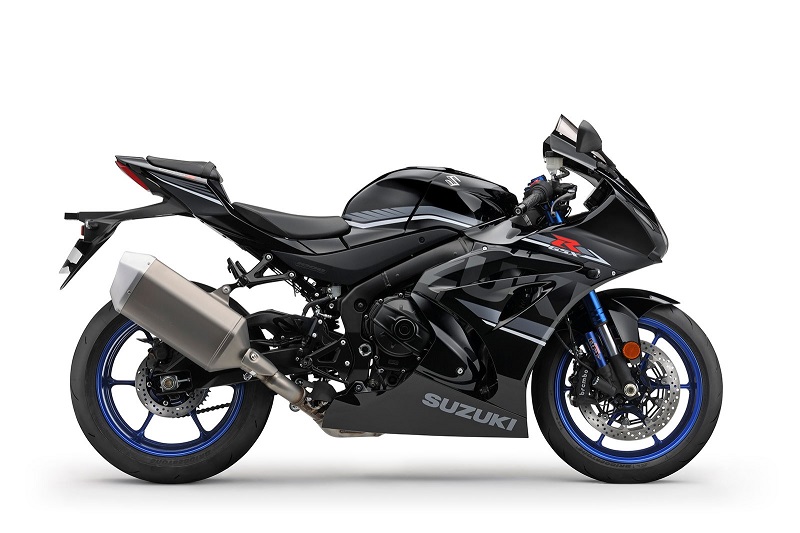 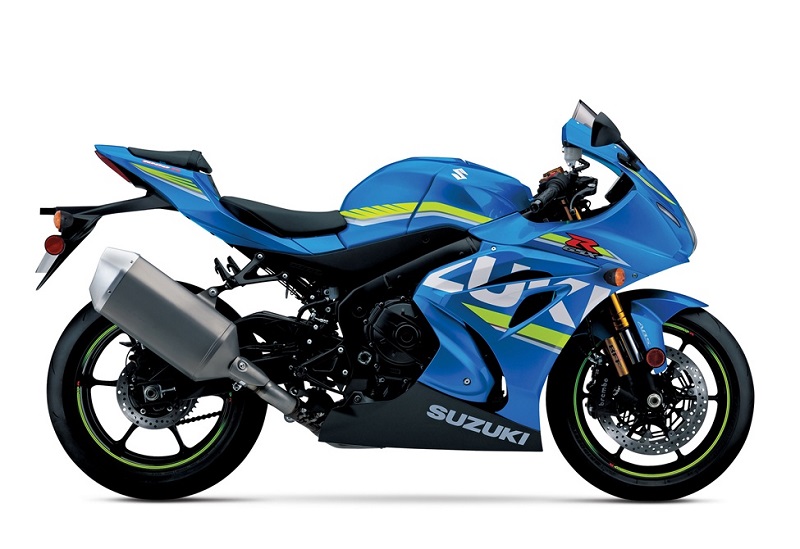 The 2018 Suzuki GSX-R1000 is priced at a reasonable $14,699 (or $15,099 for the ABS model) and will be arriving in US dealerships in December, 2017. The higher spec 2018 Suzuki GSX-R1000R comes with a very attractive $17,199 price tag. It’s more expensive, but well worth the extra money. If you’re after a 2018 machine, we heartily recommend the 2018 Suzuki GSX-R1000R, since it should be sensibly priced and comes equipped with a wide range of top-shelf goodies such as Showa Balance Free suspension, cornering ABS, launch control, an inertial 10-stage traction control system, an up and down quickshifter and an auto-blipper. That’s affordable fun, right there.

But if you want something cheaper, smaller, but equally unusual then check out what else Suzuki is bringing to the table in 2018:

The Suzuki GSX250R – A Pocket Rocket?

More like a sheep in wolf’s clothing because no matter how you look at it the Suzuki GSX250R comes dead last in its class. 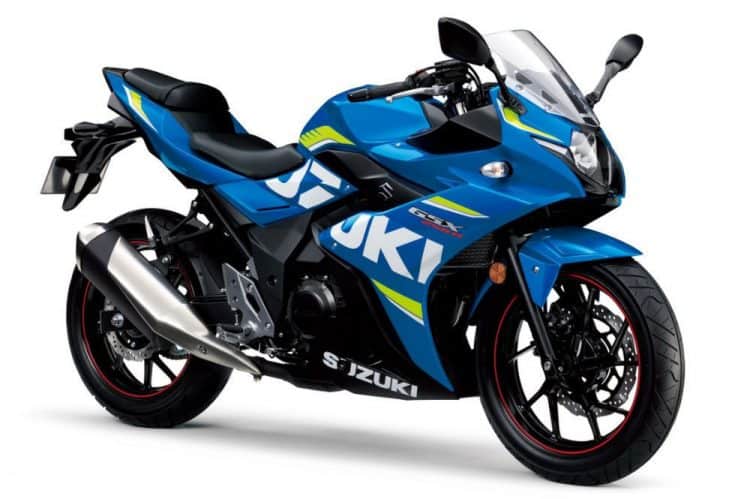 The USA will be getting the Suzuki GSX250R as a 2018 model, but the small capacity rocket has already been released across the pond in the UK – but how does it measure up against the competition? Well, regardless of how it measures up, a new Suzuki sports bike offering in the sub-600cc class is a more than welcome offering. While many other brands have been eyeing up the small capacity market, Suzuki have been a little hesitant to dive in head first. Sure, the VanVan is a staple model in their line-up, Suzuki’s off-road bikes are always in high demand, and you can even argue that their classic themed TU250X is a nice addition. However, there has been a gaping hole in their performance department… but we’re not entirely sure that the new GSX250R fills that void.

The Suzuki GSX250R – How Does It Measure Up? 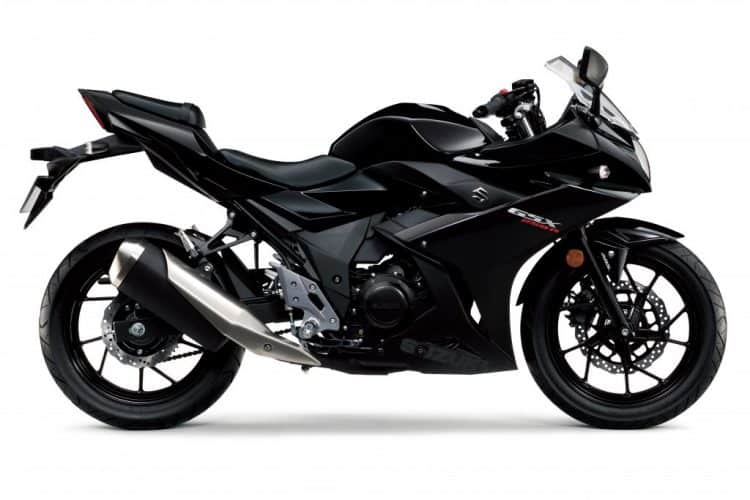 Well, let’s get started by stating the obvious: this is a 250cc motorcycle. Naturally, it’s going to be a little down on power compared to its closest rivals, the Yamaha R3, the Kawasaki Ninja 300, and the Honda CBR300RR. However, in the small displacement category, there’s not a hell of a lot of difference between something chalked up as a 250 or a 300. Most of the time, so-called 300s are more like 285cc anyway, but even with that in mind, the Suzuki GSX250R is still lacking. 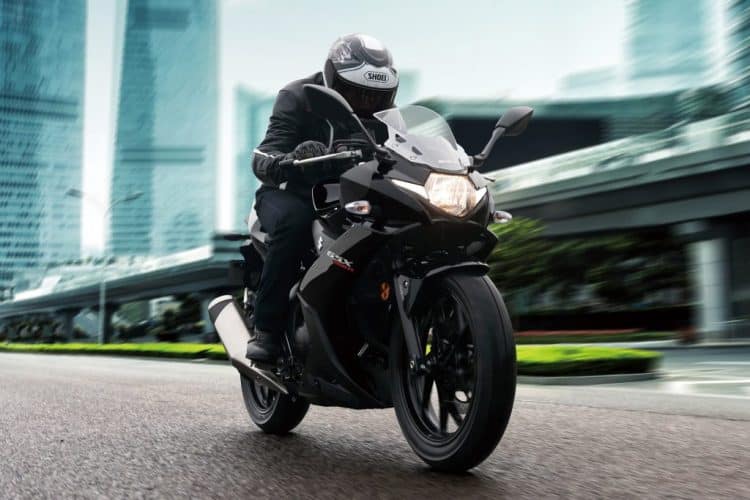 When we first saw the covers come off of the pocket rocket, we were immediately smitten with the racy, MotoGP inspired livery that was splashed across the sporty, aggressive bodywork. All in all, we were convinced that the GSX250R was going to be a pint-sized version of the flagship GSX-R1000. So, when we learned that the GSX250R was going to be sharing the exact same engine with the lackluster GW250 (aka the Inazuma 250) we were disappointed. Fortunately, the 248cc parallel twin has had a little bit of work done to it to improve performance – but not much. 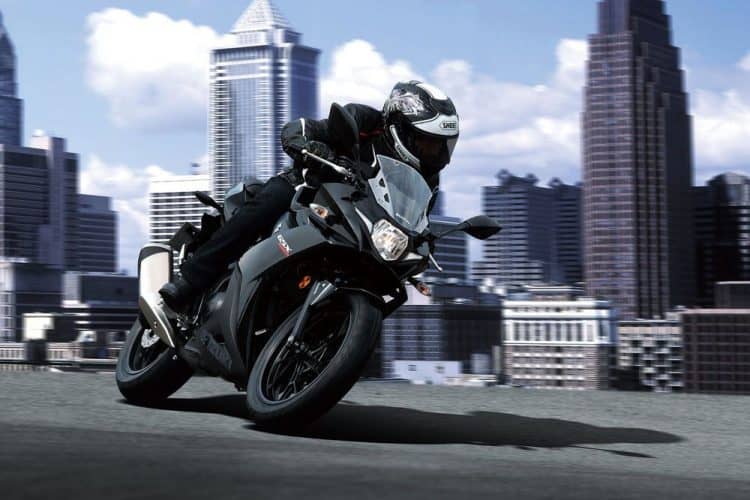 A slightly different tune and the addition of new intake valves for optimum airflow help the GSX250R boost its figures but not in a particularly noticeable way. Suzuki have also added a new exhaust to help improve performance and lower emissions…but at the end of the day, the GSX250R produces a pretty uninspiring 24.7 hp, and 17.25 lb-ft of torque. It might have a racy fairing and GP inspired graphics, but it’s not good looking the part if it’s being blown out of the water by its rivals. For reference, the R3, Ninja 300 and CBR300RR are pushing out horsepower figures in the 34 – 40 range. A horsepower deficit is acceptable when dealing with liter class bikes, but in the small capacity class where every little helps, this is a big problem.

You could argue that anyone buying a 250cc machine is more likely to be a beginner and out and out performance isn’t a big issue. You could also argue that even experienced riders might be buying one as a more comfortable alternative to the Ninja 300 (on account of the more relaxed riding position). I suppose it’s also worth mentioning that if you want to take it racing, you’ll be giving the whole engine an overhaul anyway, so its factory stats are fairly irrelevant…but even so, a few more horses wouldn’t hurt. 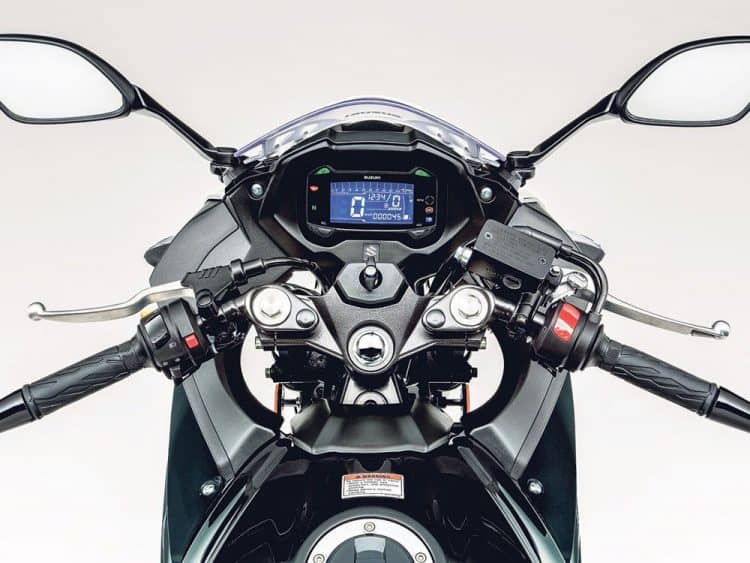 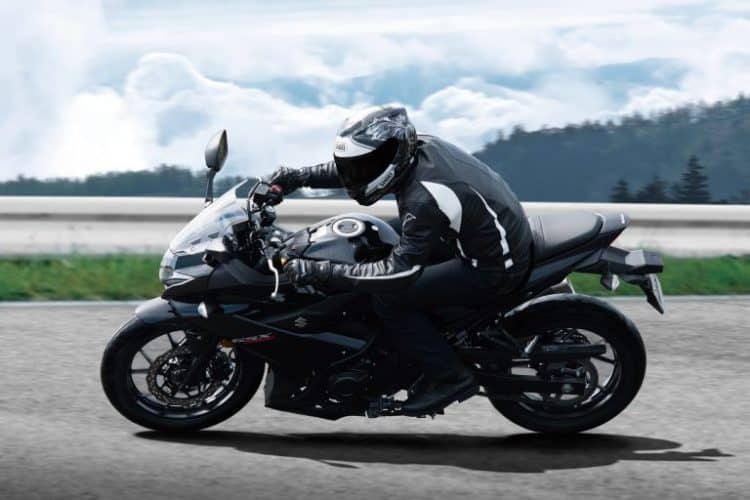