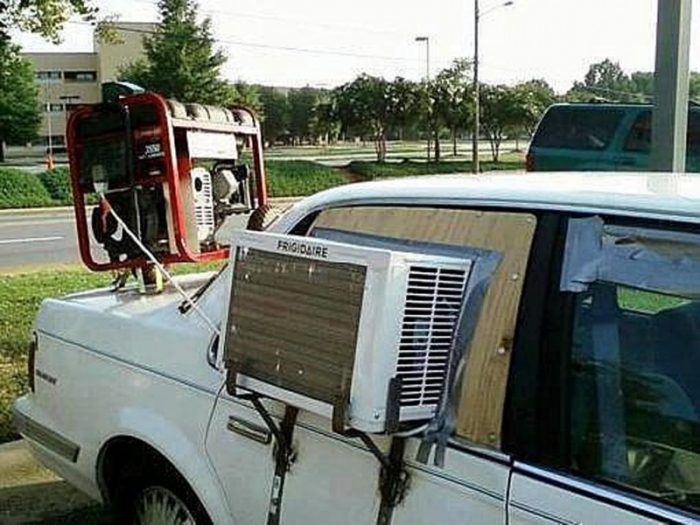 Here are some of the worst DIY repairs that drivers have made on their cars. Clearly they don’t mind laughing and pointing because they’re out on the roads.

When you check out these “repairs” you’ll be asking yourself whether it wouldn’t have been easier just to have fixed the problem in the proper manner than the elaborate workarounds you see here. And you’d be right to think so. Let’s look at 15 epic car fails…or epic car wins, depending on how you look at things. 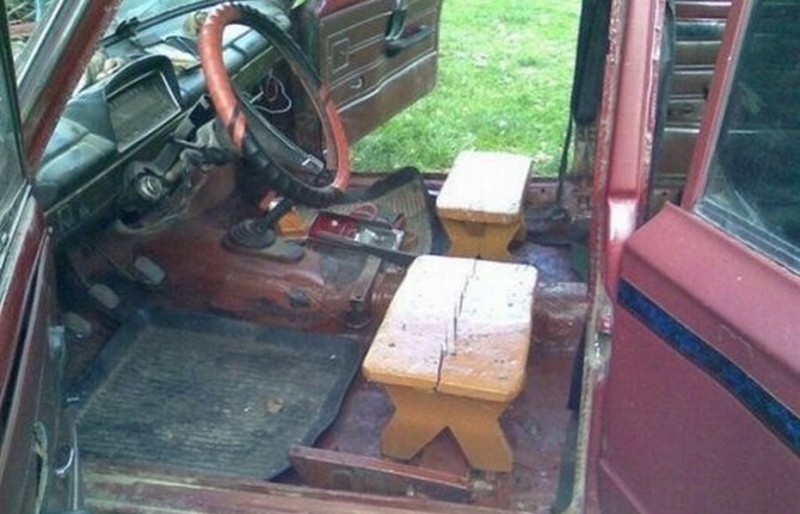 See, it says here clearly on the instructions: Attached the muffler to the underbody of the car via the hanger. 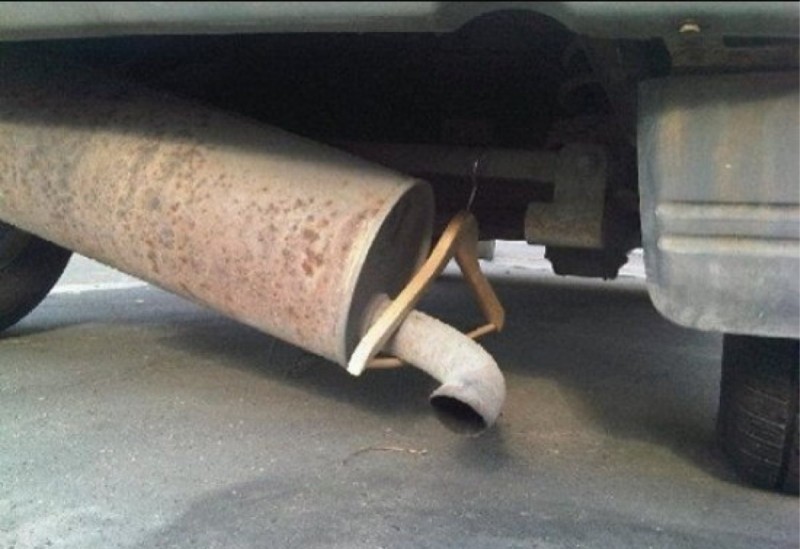 Not only did this clever DIY mechanic repair the broken door handle and make it operable again, but did so in a way that he’ll never have to dig through the glove box to find his bottle opener. 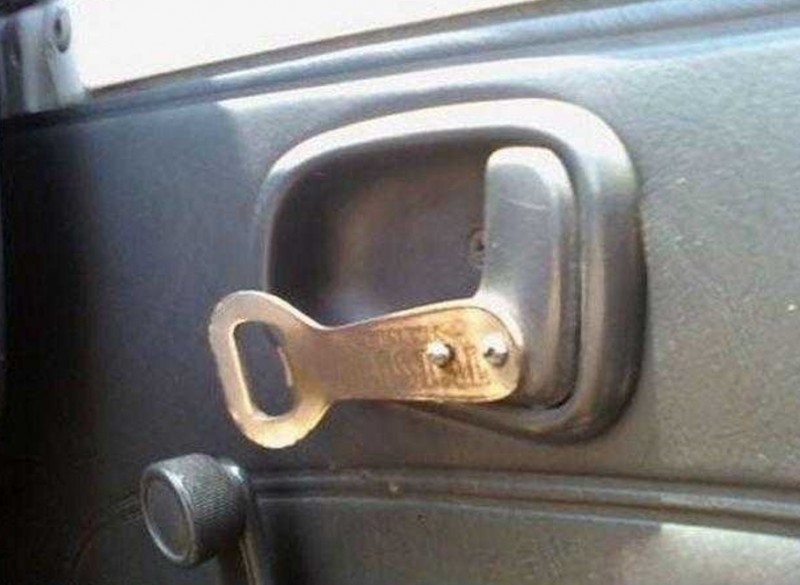 Have the kids turn away unless you want them to learn where Space-Saver Spares come from. This tire looks like a dud…fortunately, there are still plenty of uses for old tires. 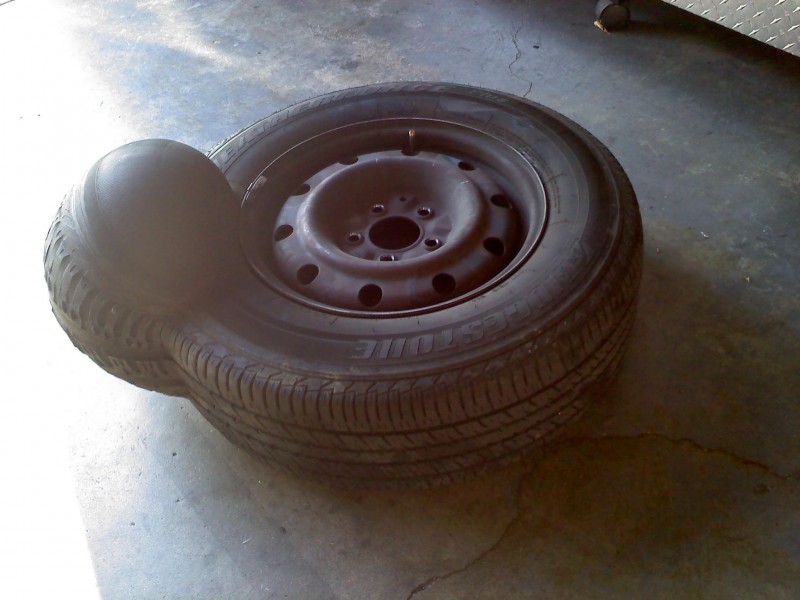 The installer was either a moron (because he couldn’t be bothered to track down the fault in his brake lights, or a genius, as Steve McQueen had a switch on his Porsche that he could use to switch off the brake lights to evade the cops. You decide. 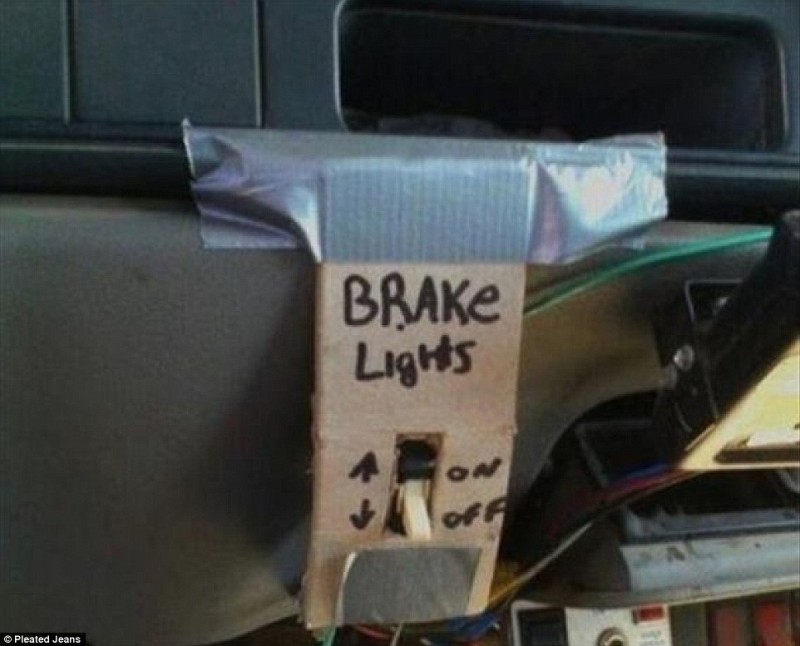 This Alfa Romeo has its bumper secured by several lengths of tape. Perhaps the vehicle owner didn’t know that #5 Spaghetti cooked al dente has the same adhesive effect, and in a pinch can serve as a quick pasta snack. 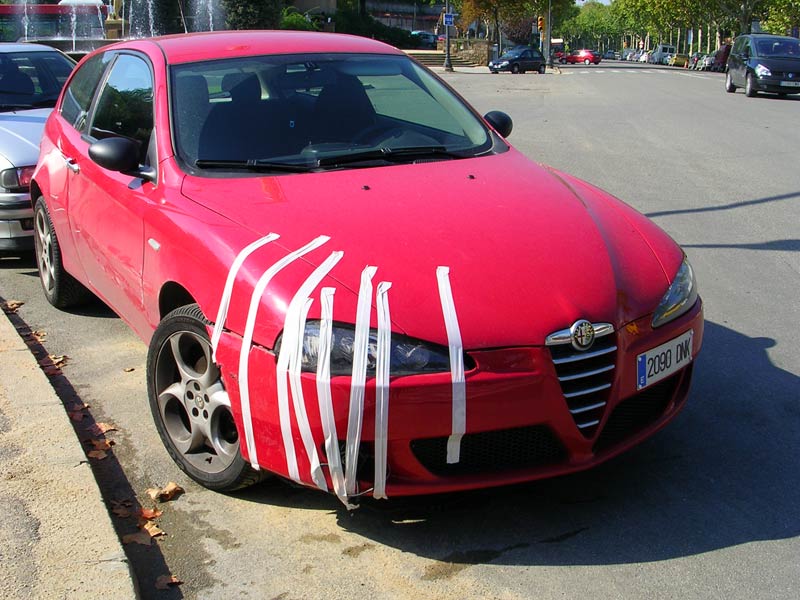 Is it just me or does car looks like it backed into Grandpa’s firewood bin and left without realizing it’s now become at least a semi-permanent part of their car? 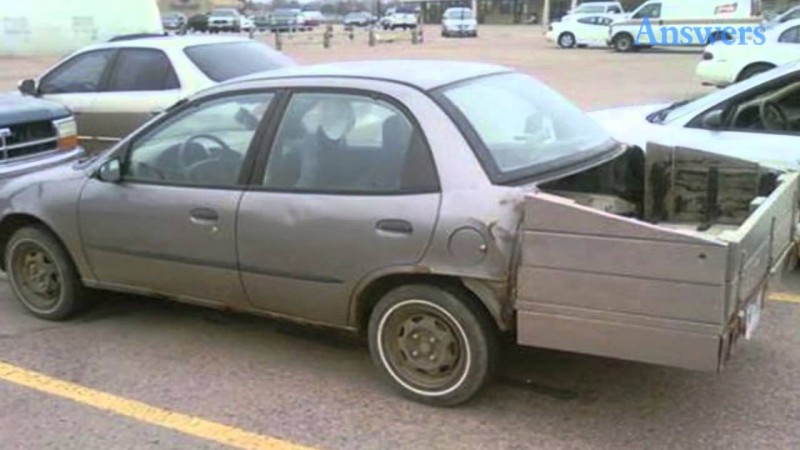 I don’t know about you but I’d really like to know what exactly was in the prescription bottle. Still, does it warrant being on a list of car fails? As car repair fails go, this one looks more like a win to me. 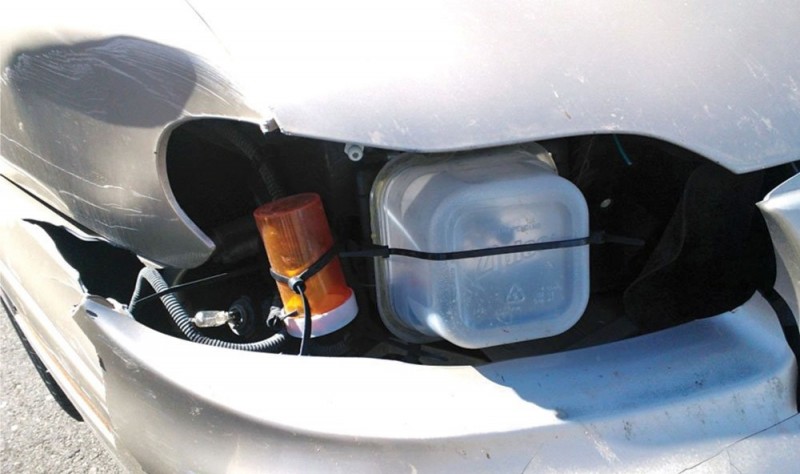 You know how you can never set just the right speed for the intermittent wipers in a light drizzle? Here’s an answer for you. 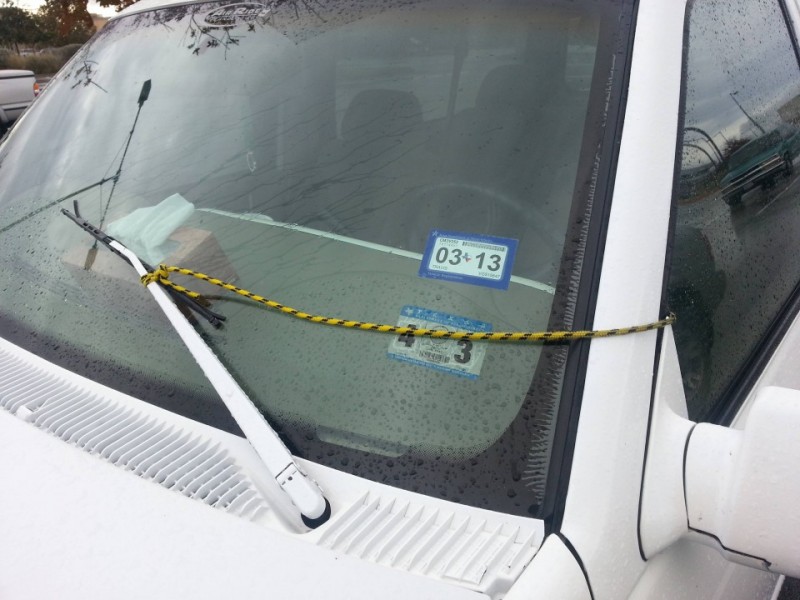 Why buy Marvel Mystery Oil or another top-end lube when you engine car draw butter-like oil compounds through a movie theater popcorn bucket? Besides, the oil is a biolubricant as well. Note to owner: you might want to check engine wear and tear after this one…As far as funny car repairs go, this one is pretty hilarious though. 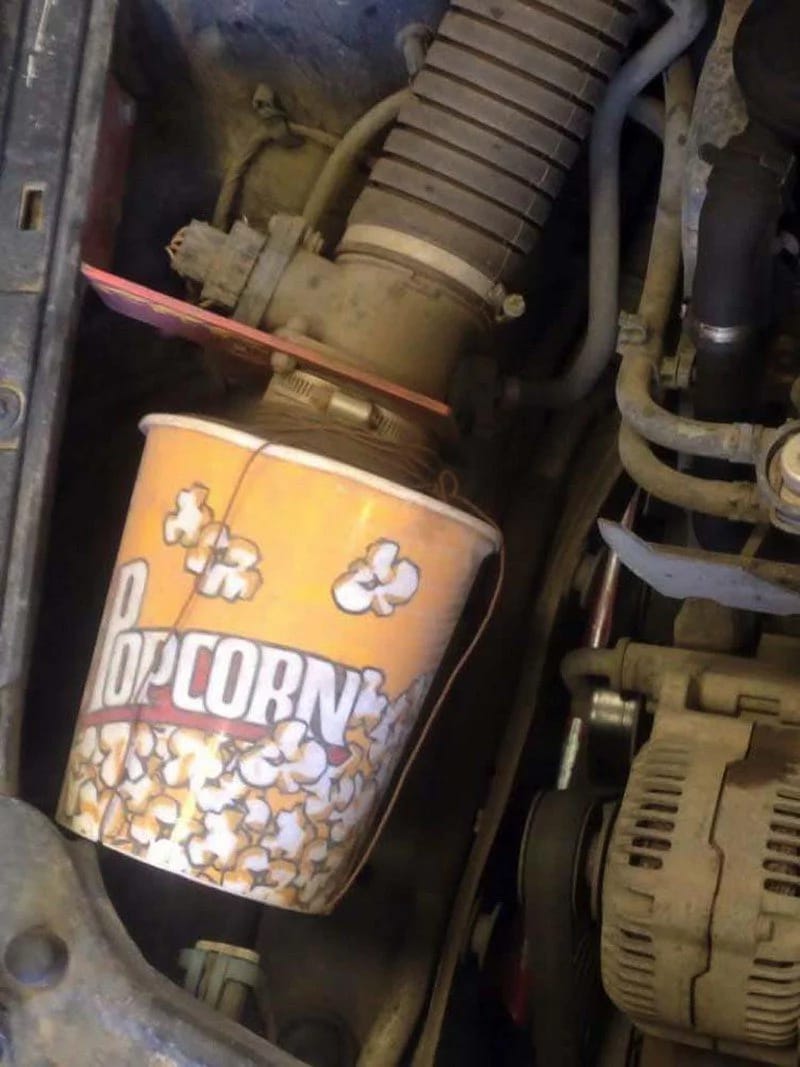 “The cop stopped me for driving with no windshield, so I pulled the windscreen off his bike and stuck it into my car. Since I’ve gotten out of jail, they haven’t hassled me about my windshield since.” 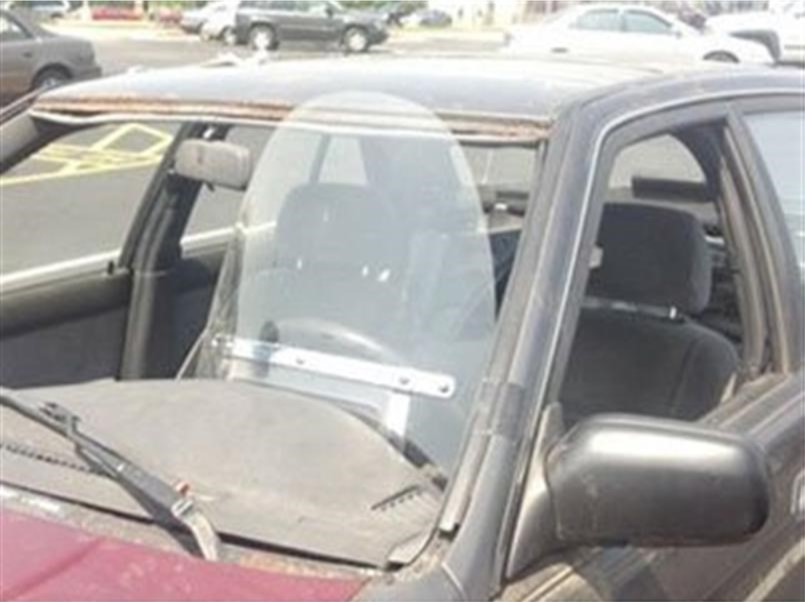 These seats are way too dangerous to drive on. Look how badly cracked the driver’s seat is, the driver could easily suffer a splinter while on the highway.

I think that with the gauge of chain they’d selected to use as a door lock replacement, I believe someone could break into their car with a pair of toenail clippers. Maybe the salesperson at the hardware store misunderstood them when they said they needed a chain for a door and the salesperson thought the customer said they needed a chain for a dog. One more thing – did they make the holes with a pick axe? Just wondering. 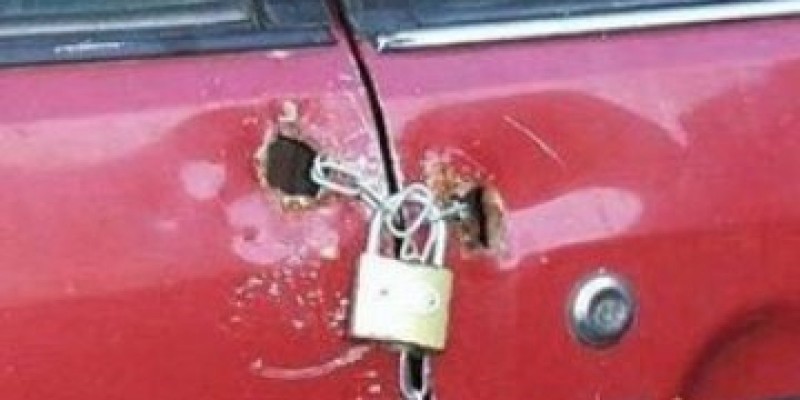 Clearly this car owner had allowed a pack of rabid squirrels to take up residence in his defroster system, because nothing else could explain this mess.  It’s ingenious enough, though you have to wonder if the time spent could have been used to repair the defrosters. And another thing, why not paint these periscopes black so the world isn’t immediately signaled to that fact that you’re an idiot. 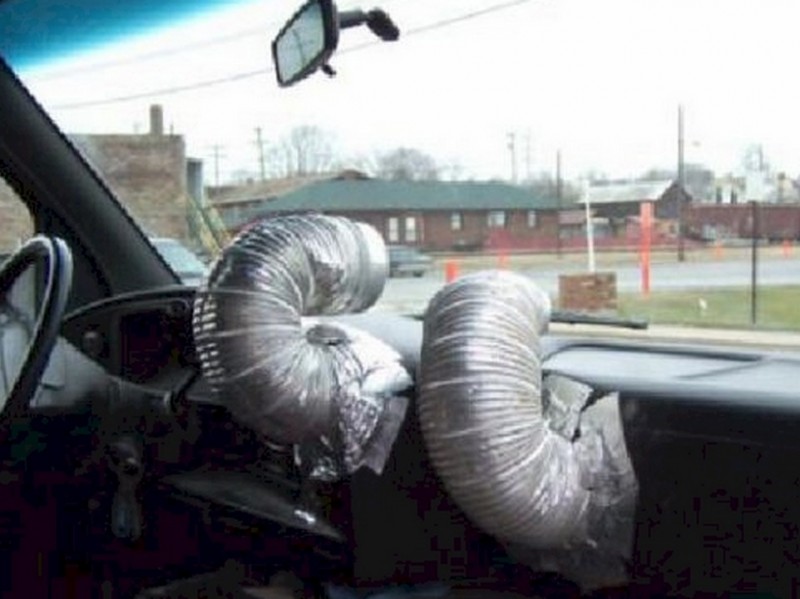 I think this guy should get together with the guy who created his heater bypass and sell the two products together as a kit, and save those interested a trip to the HVAC and Plumbing departments at Home Depot. That’s some serious air conditioner hardware right there. 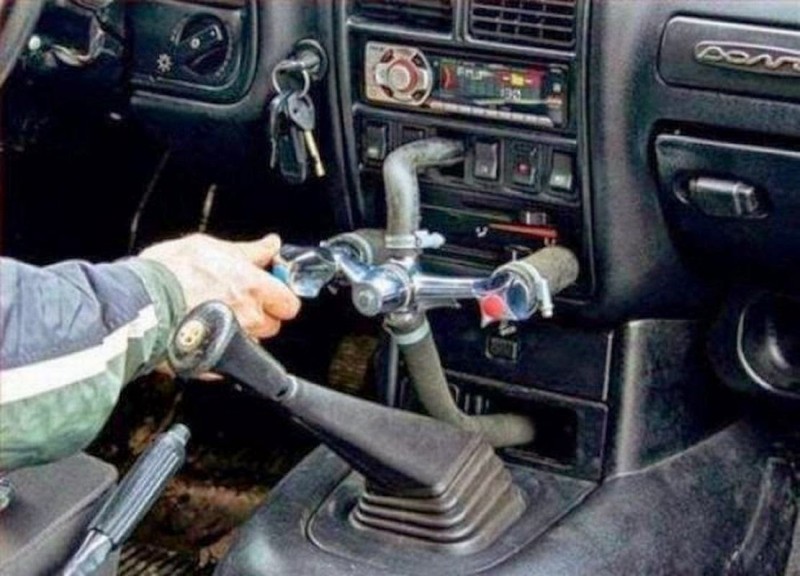 I’m ashamed to admit that, growing up in an area with lost of snow and road salt, that I had to resort to this type of repair as a teen. Now kids, I don’t recommend this as it can allow dangerous carbon monoxide into the passenger compartment. I was luck because my car was so full of rust holes I had a full-flow ventilation system. 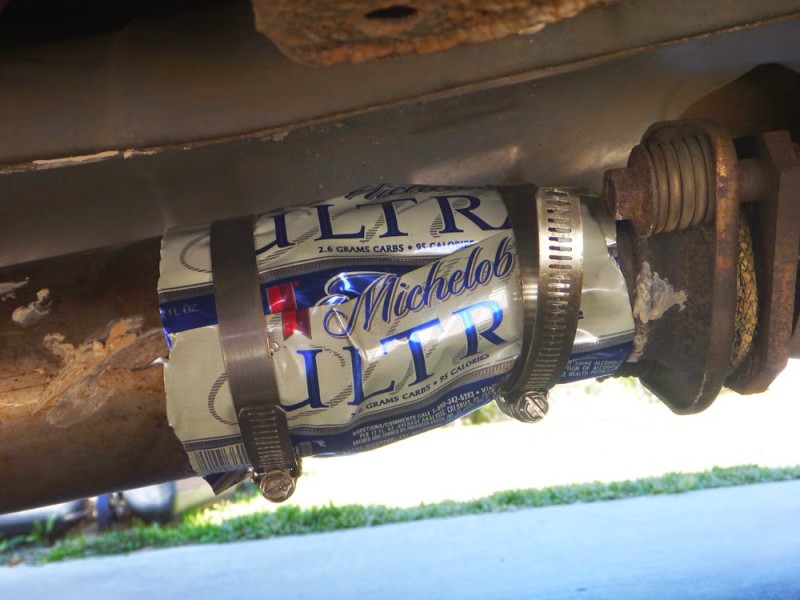 What Have We Learned From This?

Well, hopefully we haven’t learned any bad ideas! Or rather, next time you’re facing some serious auto repair, it’s probably best to fork out the cash or talk to your car insurance providers rather than cook up some crazy plan to fix it yourself. You might think your DIY auto repair plan will save you money, but in reality it’s more likely to be an accident waiting to happen. If you still think that replacing your busted side mirror with a make-up mirror is fine, then on your head be it.