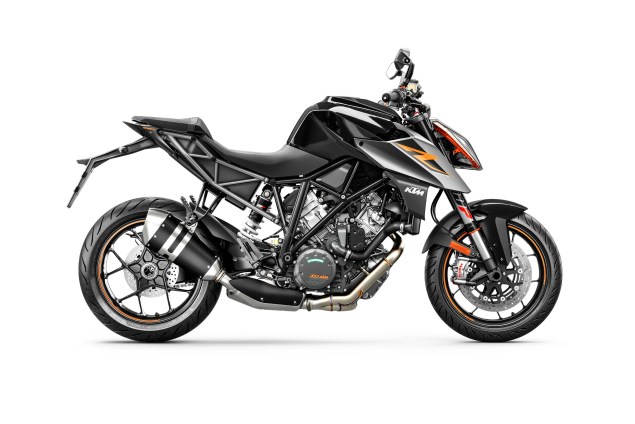 The 2017 KTM 1290 Super Duke R is a whole new beast. In fact, KTM themselves has dubbed their latest creation “The Beast 2.0”! It’s bold, aggressive and one of the most furious looking machines to have debuted at this year’s EICMA festival in Milan so far. If you’re looking for a versatile motorcycle that looks like it’s powered by pure evil, then the 2017 KTM 1290 Super Duke R might be for you. Not only are they great bikes in general, they seem to hold onto their value ridiculously well – and we think the 2017 edition is going to be no exception. 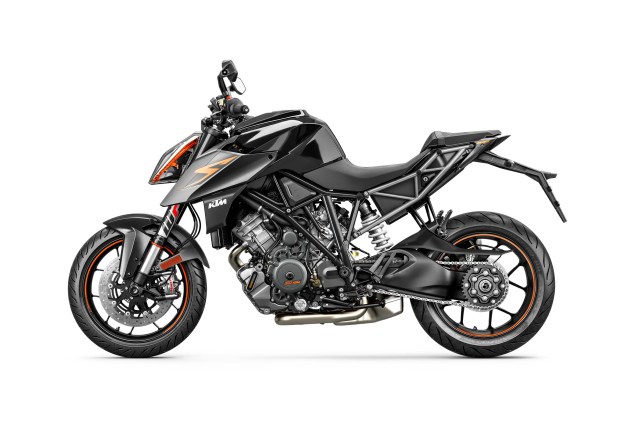 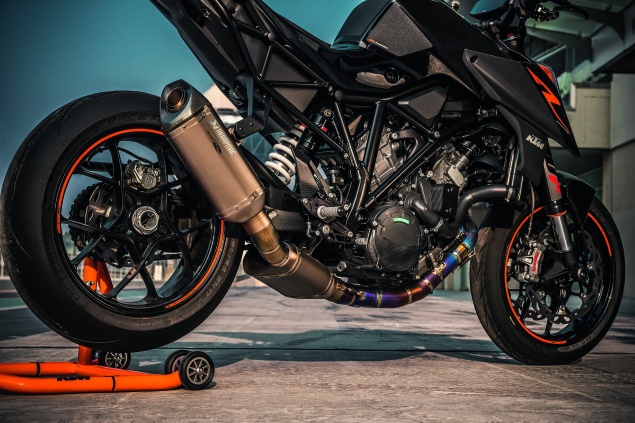 KTM’s flagship naked machine has been given more than just a facelift for 2017, but it’s the front of the bike that we’ll talk about first. Like the rest of the Duke range, the Super Duke R now comes with a cool and intimidating LED headlight, which has a kind of split arrangement. Behind the killer headlight, KTM have treated the Super Duke R to an upgraded TFT dashboard that really makes the streetfighter a little more…up to date…than the last incarnation. The tank has now been given some sharper, more angular side cowls for a really dominating presence. 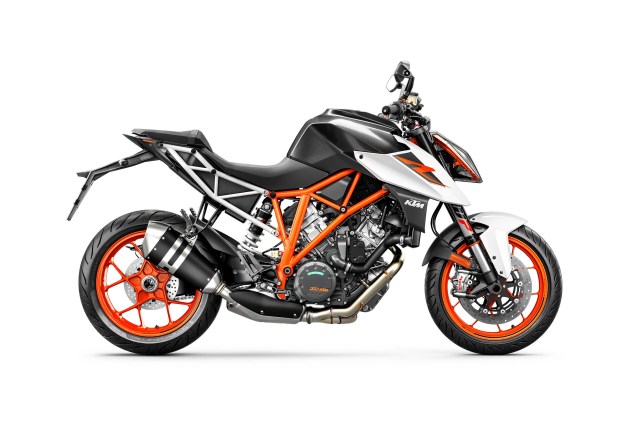 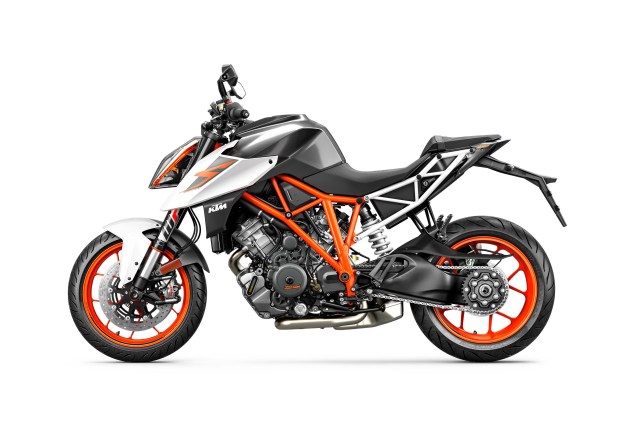 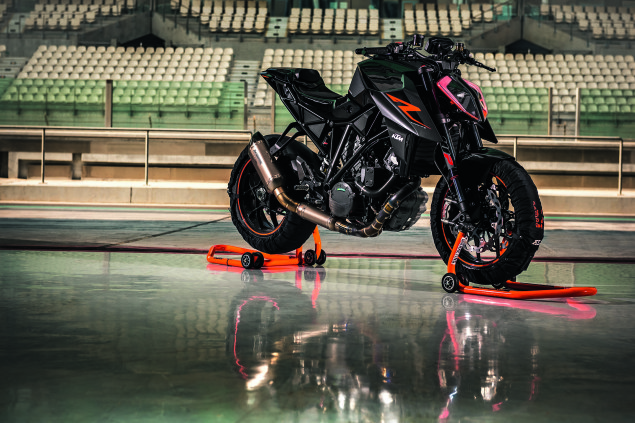 The actual engine is still the same 1301cc twin cylinder lump, but it has seen some exciting revisions. Thanks to a new set of titanium inlet valves, revised combustion chambers, new intake funnels, revised cylinder heads and a higher compression ratio, the Super Duke R now pumps out an impressive 177 hp. 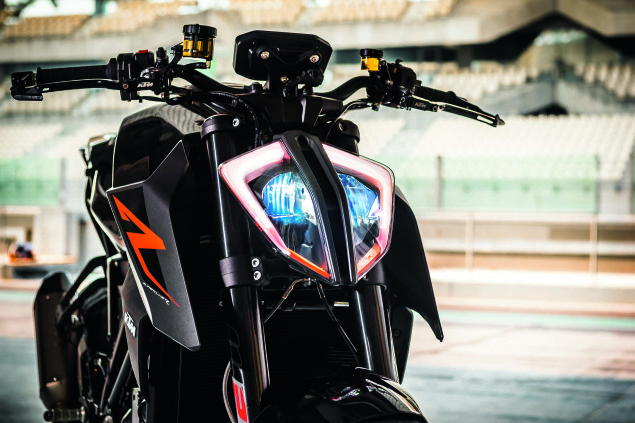 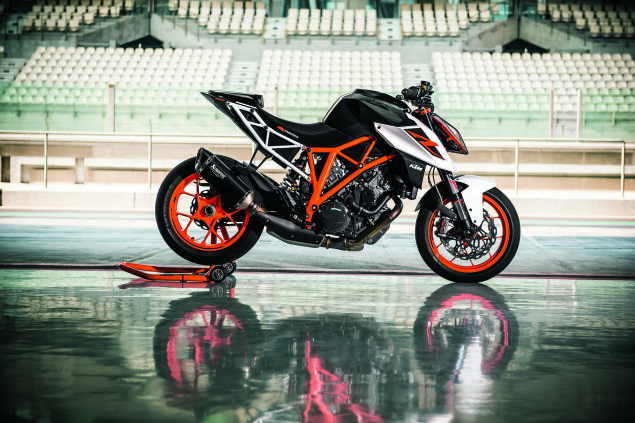 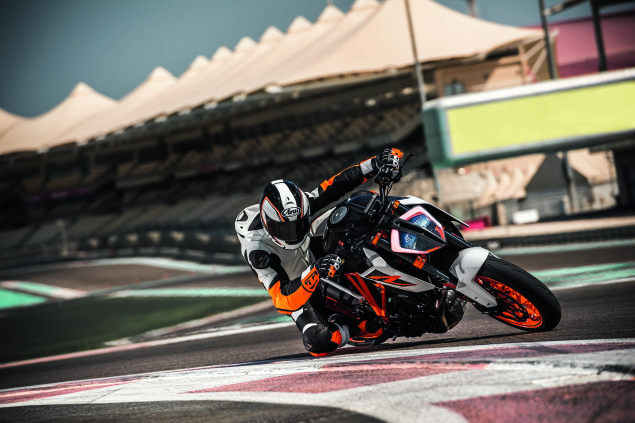 To match the new power rating, KTM have also revised the suspension for the Super Duke R. The USD style WP front forks have been treated with separate damping circuits and stiffer springs for a sportier setup, and an upgraded WP rear shock to give more balance to the chassis. The handlebars are also wider and lower than the last version, and get this: Metzeler M7RR super sport rubbers now come as standard. 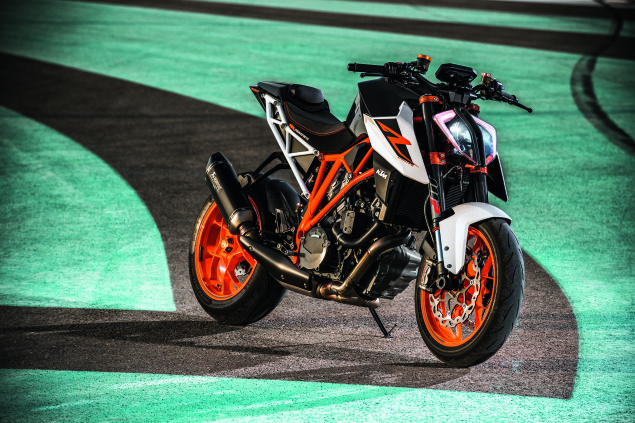 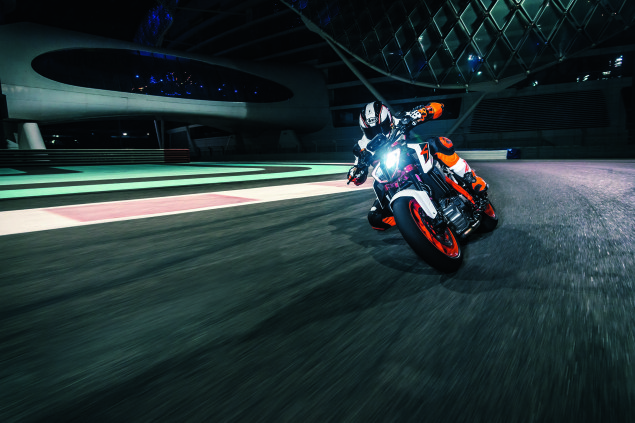 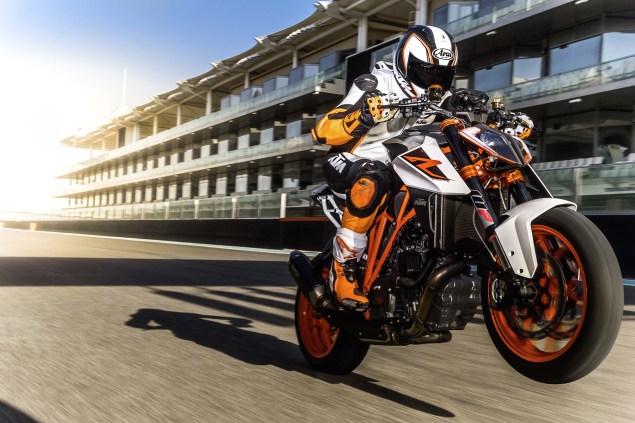 Other cool “standard” features include a keyless ignition, cornering ABS, and cruise control. However, if you want to go the whole hog, KTM have got some very interesting optional upgrades on offer. The dealer-installed Performance pack comes with an up and down Quickshifter and a Motor Slip Regulation (MSR) traction control system. The Track Pack comes with three different selectable ride modes, as well an anti-wheelie feature, slip adjust traction control, and launch control. 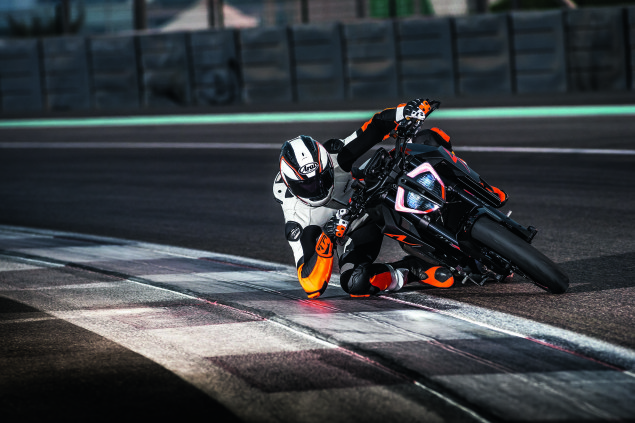 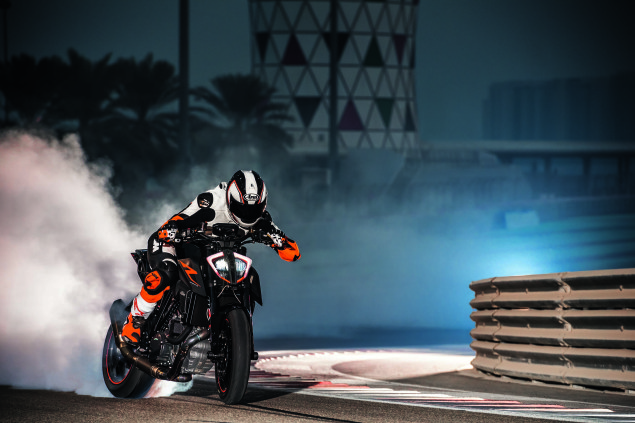 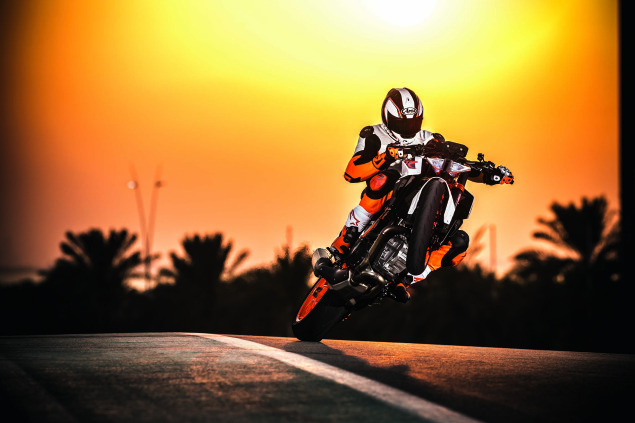 So far, the all new 2017 KTM Super Duke R might be our favorite bike to be unveiled at EICMA…. 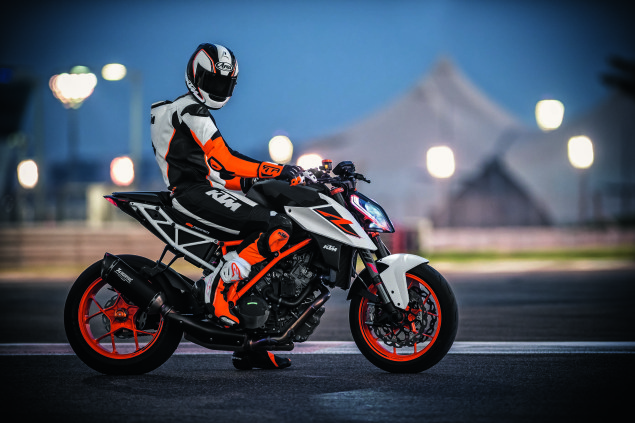 
Incoming! A Top Spec 2018 Yamaha FZ-09 SP Edition Is On The ...
Vegan Motorcycle Suits Exist – And Here’s All You Need To Kn...
The Top 10 Harley Davidson Gifts That You Really DON’T Need!
Top 10 Small Motorcycles With Big Personalities!
The Autonomous, Intelligent, Self-Balancing Yamaha Motoroid
Essential Motorcycle Hand Signals That You Need To Know!