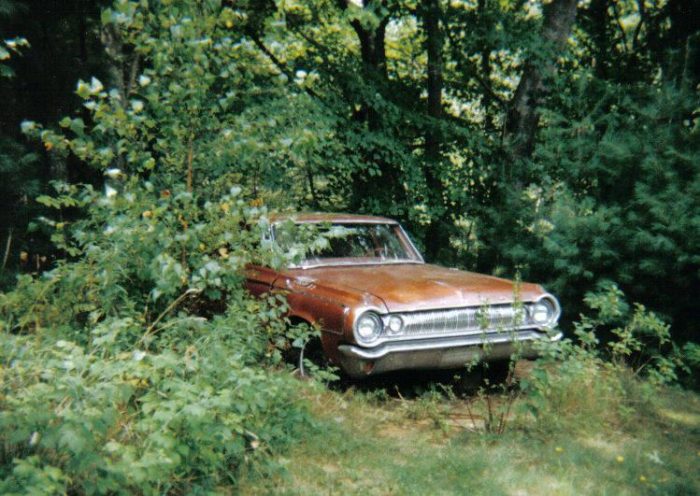 In the car world, no two cars are ever the same. Sure, they can look the same, have the same drivetrain and whatnot, but every car has a “soul” or, at the very least, we like to think that way. But in this case, some cars may be downright evil. Here’s a list of 4 cars that seriously creep us out. 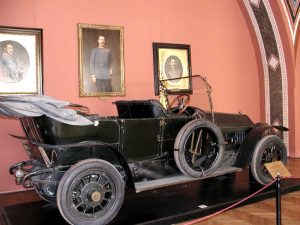 When you’re one of Europe’s biggest monarchs and the guy who’s death could trigger one of the world’s most defining wars, it should come as no surprise that you’re going out with a bang. Franz Ferdinand did just that.

After getting into a 3 car motorcade, he was supposed to be paraded through the city of Sarajevo, Austria-Hungary with his wife and other officials during the 1914 Feast of St-Vitus. During the parade, a bomb bounced off the convertible top of his Gräf & Stift sports car,blowing up the car behind them. The Archduke’s convoy escaped. Then they took an alternate route and stopped right in front one of their assasins and were shot dead.

But the car’s curse didn’t stop there. It apparently, drove its next owner, General Potiorek, to insanity. Then, an army captain and two other pedestrians died when the car crashed into them. Not enough? The Yugoslavian governor at the time had four accidents and ended up losing an arm, then selling it to a doctor who rolled over and died too. 13 deaths are associated to this death carriage. Spooky. 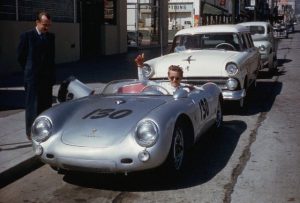 James Dean was teen America’s most loved badass back in the 50’s so it was only right that he drove a cool car. What better option than a Porsche 550 Spyder? Dubbed the Little Bastard for a good reason, the Porsche killed Dean and injured his mechanic as it crashed into another car in 1955. After the accident, Dean’s car was bought by famous car customizer, George Barris.

Want to guess what happened next? It slid off a lift and broke a mechanic’s leg. Then the engine and transmission were sold to two different racers to put in their own racecars. One of them died after losing control and hitting a tree. Another suffered some very serious injuries but made it out alive. Two tires, which remained untouched from Dean’s crash, were sold to another driver who blew them out simultaneously and drove off the road. Another two thieves tried stealing the carcass but they got injured, obviously. A heap of other incidents occured while people had possession of the car. A garage burned down, it crushed a student at a highschool exhibit and it fell off the trailers moving it around pretty much all the time. After a while, Barris wanted to get rid of it but was convinced to keep doing exhibits. Eventually, it was being shipped back to him when it mysteriously disappeared from the back of the trailer carrying it, never to be seen again. 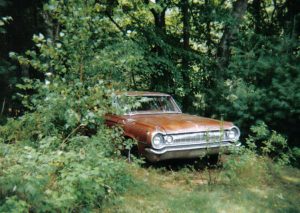 This special little gem started off its life as a police cruiser. After three officers had been behind the wheel and went back and killed their families then themselves, the car was then sold to an elderly man. Some people tried vandalizing it and they died in a very gruesome fashion which included getting hit by 18 wheelers and struck by lightning. After, all that dreadful drama, the owner sold it to a lady and her family. Surprisingly, the car hasn’t seemed to have killed anyone in that owner’s family but it was later stolen, destroyed and the parts were scattered in different places to keep it from being re-assembled and continuing its scary course, which sounds like a very good thing. But ofcourse, somebody just had to buy the title and re-assemble it. Because, why not have a car that can end your life whenever it felt like it? 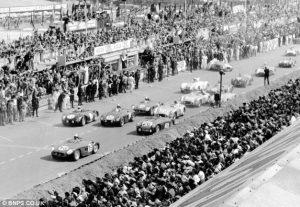 The Le Mans disaster isn’t a car curse in the traditional sense as the other entries on our list, but it was an event that will haunt auto racing history forever.

It started off at the end of lap 35. Formula one driver Lance Macklin was coming out of the pits with his Austin Healey 100 s. Flying past him on the straight was Mike Hawthorn in his Jaguar D-Type. After noticing his pit crew waving him in, Hawthorn slammed on the brakes in front of Macklin. The Austin Healey barely avoided the Jaguar as Macklin started losing control. He regained control of the racecar as he went into the left lane of the straight.

Behind him was Pierre Levegh who was barreling down the straight at speeds around 150 miles per hour. Macklin was travelling very slowly when Levegh hit him from behind and catapulted his car into the stands. No safety equipment was really available else than for a small barricade which would only stop cars from skidding into the fans or the pits. Unfortunately, fans were hit by debris from both cars and Levegh and 81 other people died. Another 120 were injured and the race track was, ofcourse, also a mess as pit crews were injured in the collision.

As scary as these seem, they’re thankfully old stories and hopefully none of these cars ever get back on the road. Or will they? Have a happy and scary Halloween!