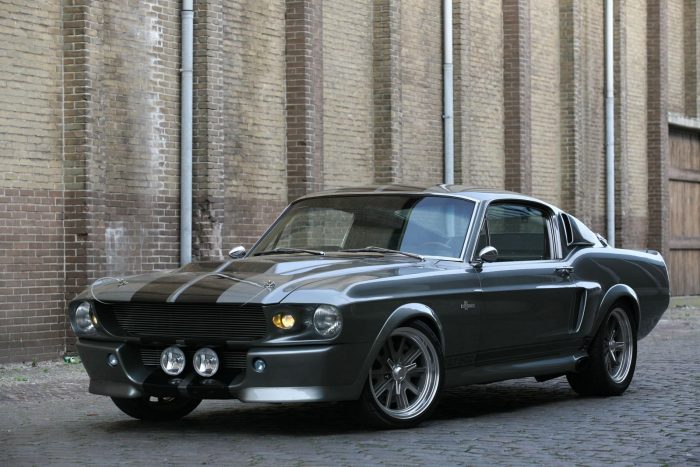 The American muscle car played a very important role in American culture in the 50s, 60, and 70s.  This influence spread globally and not just in automotive culture, but American culture as well. Muscle cars defined who we were as a society at the time.  The Ford Motor Company has a very big role in that history as well as in American history as well.  This list looks at the most expensive Ford muscle cars to sell at auction, so don’t expect to see a Ford Explorer or something else come up on the list.

Carroll Shelby, while an independent manufacturer has a very strong relationship with Ford throughout the 60s and 70s.  In fact, Shelby was involved in most, if not all of Ford’s racing activities at the time.  This includes the legendary Mustang and GT40.  For that reason, I am including the vehicles of Carroll Shelby as an extension of the Ford Motor Company. 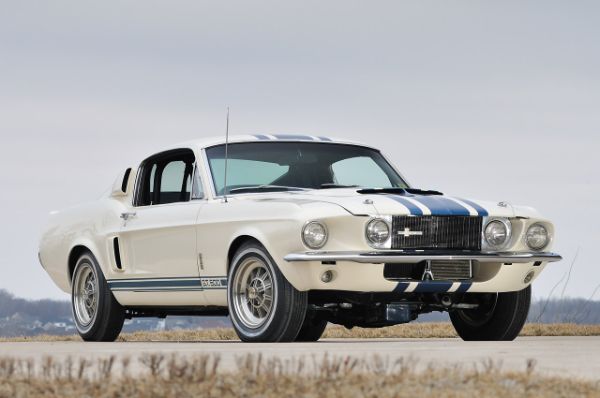 The Most Expensive Ford Cars Sold At Auction!

Inspired by the Shelby GT-H Hertz rental Mustang package, vehicle #001 carried the same colors as the original Hertz GT 350s.  All of the proceeds of the sale of this vehicle went to Carroll Shelby’s Children’s Foundation. 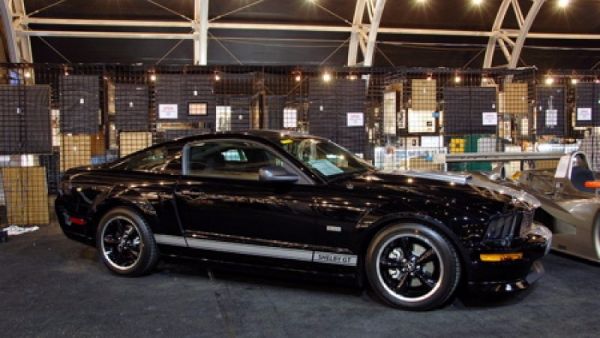 One of the only Ford muscle cars on the list that is not a Shelby is this 1969 Boss 429.  It went for $605,000 in early 2007.  It is special because it was one of the first 50 Boss 429s that were built by hand.  It has a rare 820-S NASCAR engine with special Ford C9AE-A heavy duty bolt rods, steel crank and forged pistons amongst other factory options.

Over 300 individual parts with over 800 pieces are needed to complete a Boss 429 making them very expensive to build by hand.  To satisfy NASCAR homologation requirements, 500 street cars were required to be built.  Over 1,000 ended up being built.

While all of the BOSS 429s were built the same way, the earlier models are seen as more collectable. 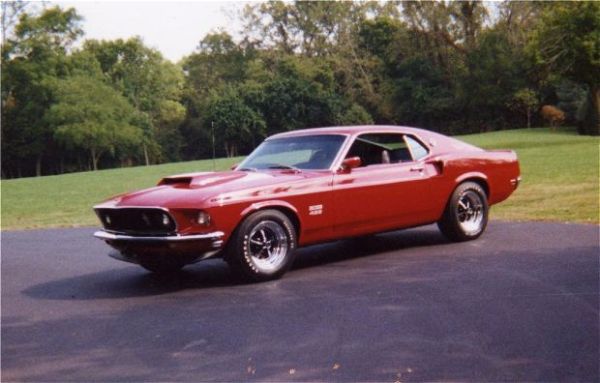 In 2007, Shelby reintroduced the GT500.  A Ford big block engine was added to the modern S197 new Ford platform.  The first retail 2007 Shelby GT500 was sold at auction in early 2006.  It went for $648,000 with all proceeds benefitting the Carroll Shelby Children’s Foundation. This Ford Mustang Shelby GT500 is one seriously expensive Mustang…but $648k is a fine price for such a dream car 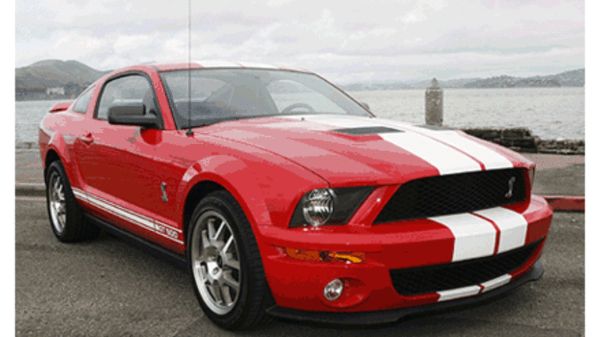 In 1969, the Shelby GT350 and GT500 received an extensive facelift, increasing the length of the body by 4 inches.  Ford was heavily involved in the design and development of the vehicle.

The record breaking 1969 GT500 convertible is special because it has been Carroll Shelby’s personal vehicle since new.  It sold back in 2008 for $742,500 in Arizona.  Noted Shelby restorer, Jim Cowles spent 5 years giving the vehicle a 5-year concourse rotisserie restoration in 2007. 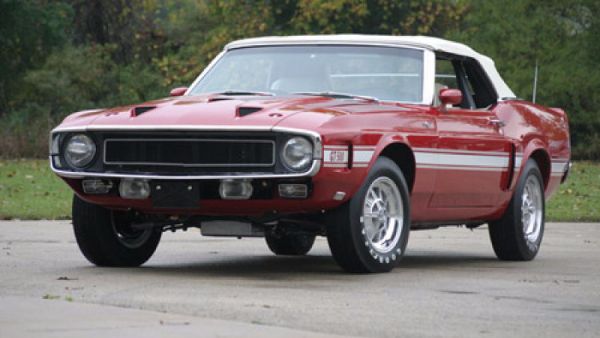 Shelby produced just 34 Shelby GT350 “R” models back in 1965.  These were race-spec cars built specifically for competition under SCCA rules.  The GT350R was also the B-Production champion for three straight years.

This particular GT350 R sold in California for $990,000.  The estimated price range was $900,000 to $1,300,000, so somebody ended up picking up this historic vehicle for a good price.  It had less than 4,900 miles on the clock and still has the original engine and transmission.  It was raced in several SCCA events throughout the Midwest before it was put into storage in 1986.  The vehicle came with all Shelby American paperwork including the title, invoice and racing photos. 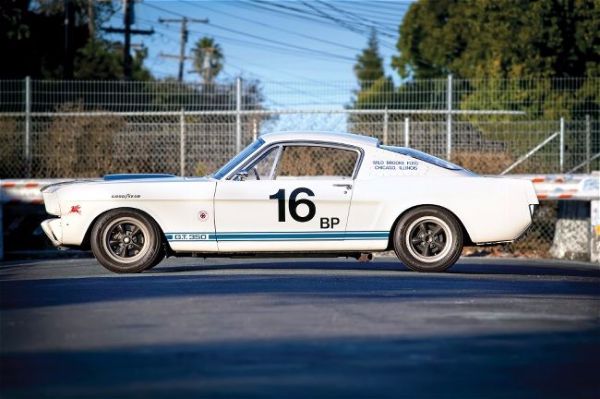 The remake of the move Gone in 60 Seconds with Nicolas Cage put this next car on the map.  ‘Eleanor’ became synonymous with a particular 1967 Ford Mustang when the movie first came out.  While several cars were manufactured for the movie, this particular car was used in close ups and with the actors as well as the movie poster.  This particular vehicle sold for $1.0 million. 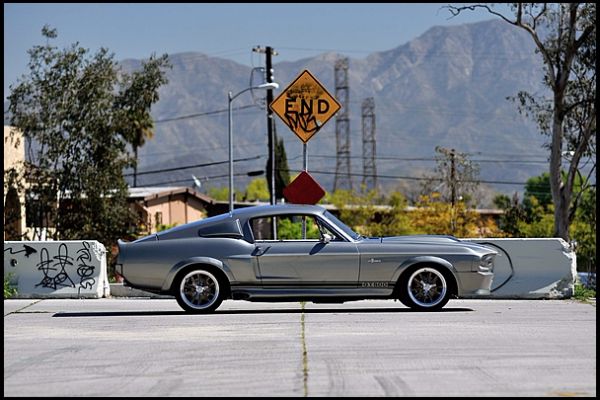 This 1966 Shelby Cobra Roadster is a matching numbers vehicle that changed hands for $1,000,000 in 2014.  The vehicle underwent a complete restoration in 1991 to the exact specifications of the Shelby Cobra.  The restoration was so complete that the odometer was reset back to zero, it is essentially a new vehicle.   This Cobra Roadster’s complete history is documented in the Shelby Auto Registry.  In 1993, it won ‘Best in Show’ at the Carroll Shelby Awards.  It has also appeared in two different issues of the American Shelby Magazine. 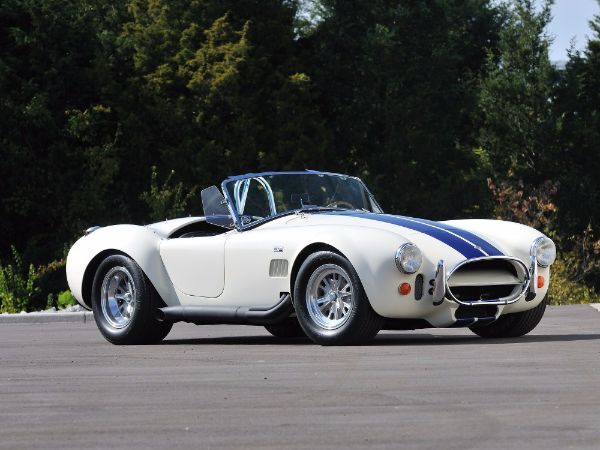 The third most expensive Ford muscle car is a 1967 Shelby GT500 Super Snake.  This one of one gem sold at auction for $1.3 million dollars.

The plan for the Super Snake was to produce a limited number of these cars, but with the $8,000 price tag, it cost more than the Shelby 427 Cobra.    As a result, only one test car was built.

This particular example has a 427 cubic inch V-8 used in the Ford GT40 race car.  It was used to test Goodyear’s “Thunderbolt” tire line because of its performance and top speed of 170 miles per hour.

Even though this is a one-of-one vehicle, it is on this list because anybody who wanted this vehicle at the time, could walk into a Ford dealer and have ordered it.

Of the two built, only one remains.  The second “Super Snake” was driven off a cliff into the Pacific Ocean.

This particular example, #3015 still has many of the racing parts it left the factory with.  This includes the engine block, headers, brake calipers, rear end, oil cooler and pumps.  The current owner claims that the vehicle has not been restored, just refreshed.

Not only is the Super Snake incredibly expensive, it is also insanely fast. 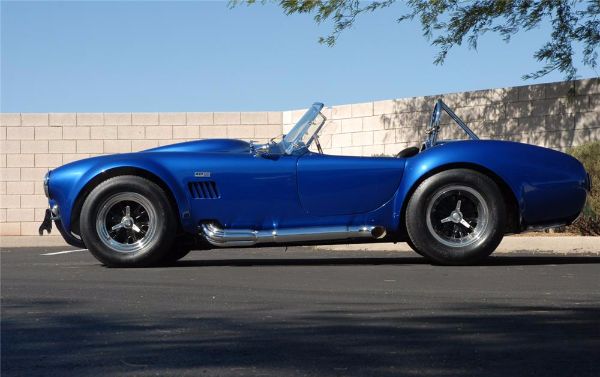 The most expensive muscle car to sell at auction is also the third most expensive American car on the same list.  The Shelby Daytona Cobra Coupe CSX 2601 has a tremendous racing pedigree as Mecum Auto Auctions says, “the car was responsible for the finest hour of any American car, it was the car that beat Ferrari at the World Manufacturer’s Championship of 1965.”

Cobra Coupe CSX 2601 was sold for $7,250,000 at the Pebble Beach Concours d’ Elegance in 2009.  One of six Shelby Daytona Coupes built between 1964 and 1965, the vehicles were designed to take on Ferrari and its legendary 250 GTO.  In 1965, Shelby with this vehicle became the first American constructor to win a title on the International scene at the FIA World Sportscar Championship. 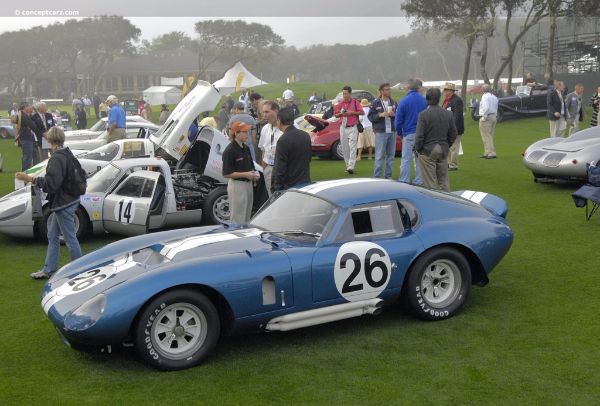 Now you’ve seen the most expensive Ford cars sold at auction, what’s next? Which car will top the list in the near future? Well, with the spike in interest for vintage Ford’s thanks to the movie Ford V Ferrari, which focuses on Carroll Shelby and Ken Miles bringing the fight to Ferrari at the 1966 Le Mans 24 Hour race, we might see some more crazy sales prices at the auction houses in the next few years.


10 Stunning Facts About The Jerry Seinfeld Car Collection
Top 10 Hemi Powered Mopars Of All Times
Best of 2019 Chevrolet
The Best Of 2021 Nissan
The 10 Fastest Cars Under $20,000
JDM Rental Cars: Take a Ride on the Wild, Right-Hand Drive, ...