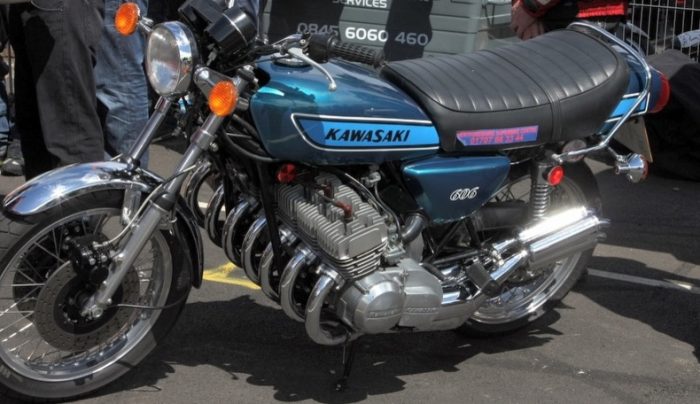 Surely this seven-cylinder two-stroke Kawasaki is the best motorcycle ever made? If it’s not the best, it certainly is the most bizarre thing you’re likely to see on two wheels. Well, that’s not strictly true. We’ve seen weirder, but as fun as a 48 cylinder motorcycle sounds, a seven-cylinder Kawasaki two-stroke is infinitely the more attractive of the two prospects. I introduce to you the Kawasaki KH606!

Thanks to modern emissions laws, it’s a pretty rare occurrence to see a two-stroke in any configuration, and if you do, it’s more than likely going to be a single-cylinder dirt bike contraption. Twin-cylinder two-strokes? They exist, but man, they’re rarer than rocking horse shit to see out and about. And that’s what makes this bizarre Kawasaki so crazy impressive. She’s a two-stroke, boasting a grand total of seven cylinders. It goes by the name of the Kawasaki KH606, and imagine giving that an accidental twist of the throttle at just the wrong moment – that front wheel’s going to be freakin’ airborne. Seven two-stroke cylinders are going to produce one hell of a ride…if you’ve got the balls to take it for a spin, that is. 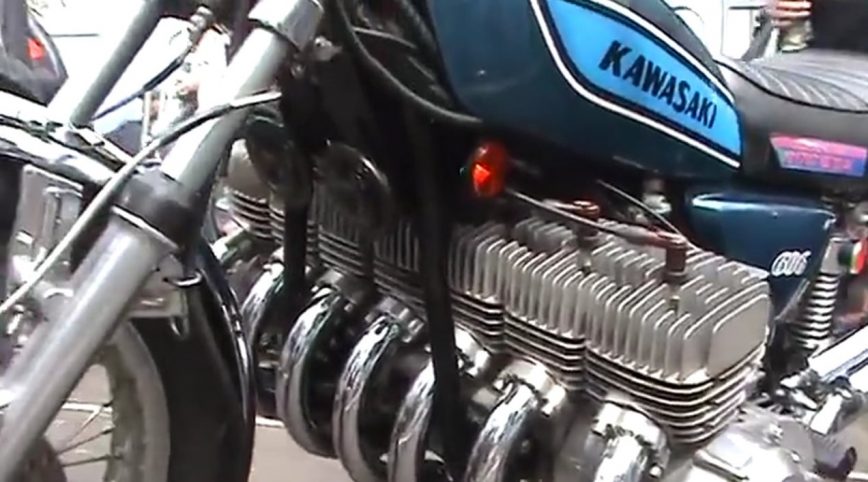 Unfortunately, whoever shot the original video didn’t have the courage to ask the owner to fire it up so we could have a listen at the two-stroke symphony that would’ve been thundered out of that engine. It probably doesn’t get started up too often though. Imagine the kind of maintenance that you’d have to run on one of these?

More importantly, whose idea was it to build the thing in the first place? Whoever it is, we’d love to ask them why they decided to settle on seven cylinders. It seems like six would’ve been more than enough, surely? Either way, we’re glad they opted for seven – because this a mechanical masterpiece.