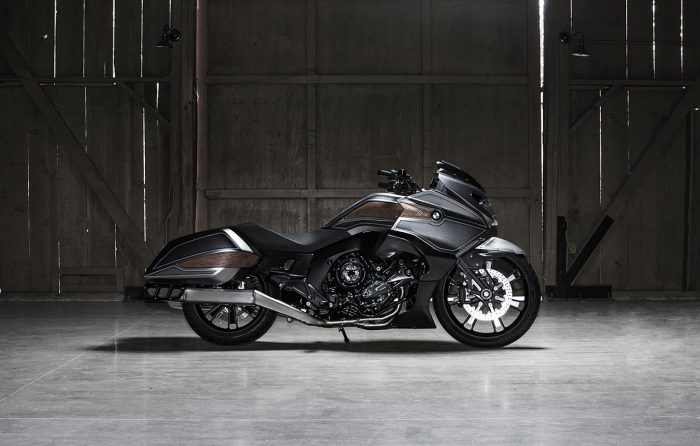 Despite an adamant promise to abandon the cruiser game after the R 1200 C failed miserably, BMW have had a change of heart it seems. The R 1200 C wasn’t a bad bike, it just lacked the ‘wow’ factor and failed to inspire any potential customers, this time, they’ve had another go, building a bagger style prototype, with the help of Roland Sands Design, around the K1600 model. Sure, it’s out of the ordinary to build the prototype without gauging the public reaction first but why the hell not, BMW can afford it, success or failure. 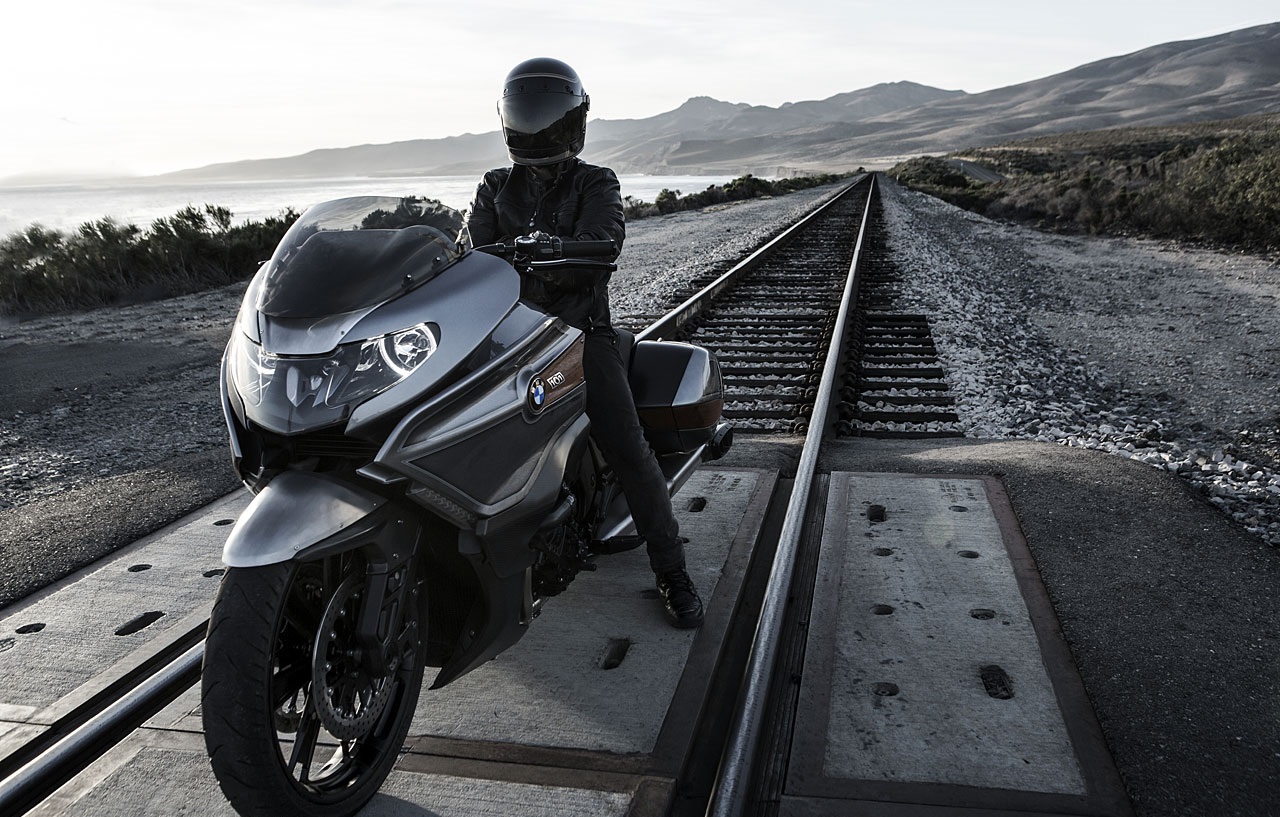 This new BMW bagger themed tourer is aimed straight towards the American market; it’s not exactly ‘breaking news’ though, as a few of the BMW bagger prototypes have been spotted all around the US over the last few months and rumors have begun to spread – but this is the first definitive proof that it’s going into production. Unveiled at the Villa d’Este concours event at Lake Como in Italy, the Concept 101 has finally arrived. 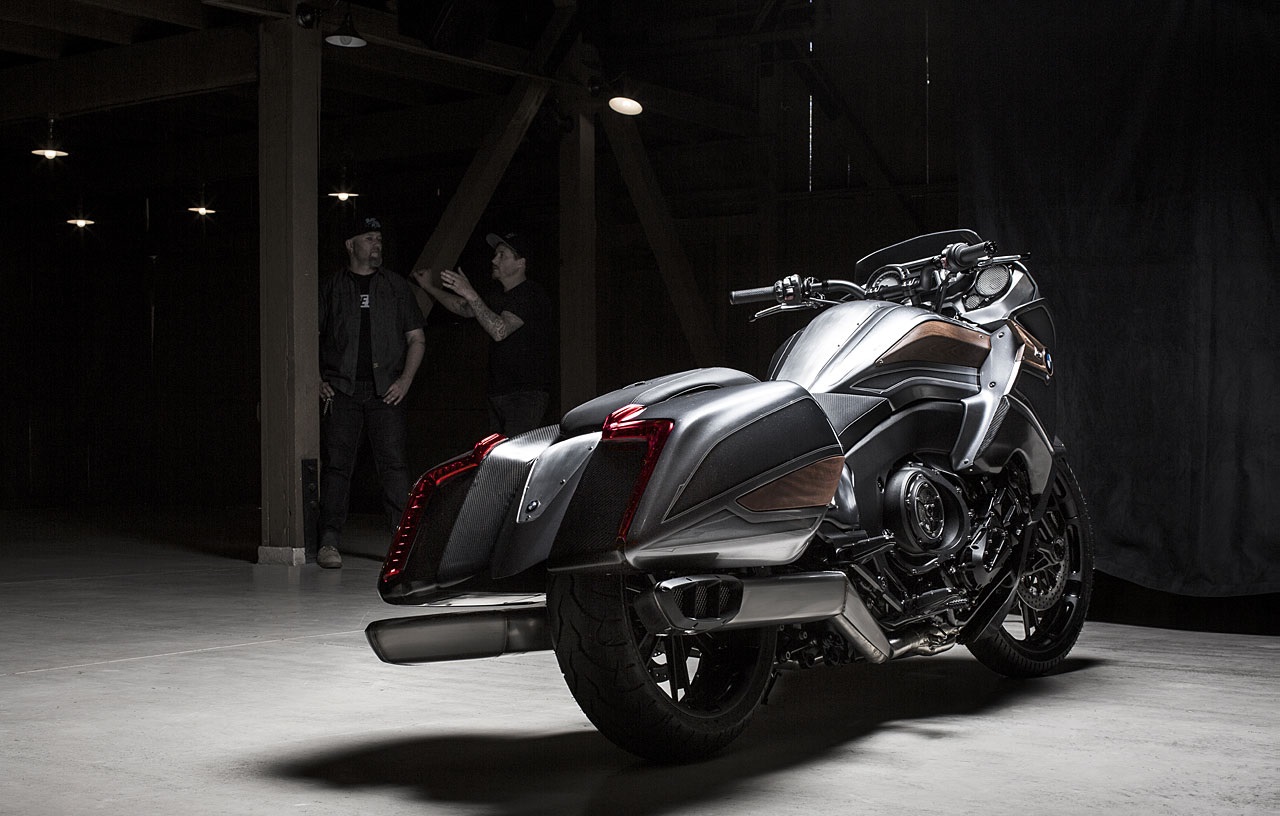 The 101 takes its name from the 101 cubic inch engines, or 1649cc, which has become synonymous with the K1600GT and GTL machines. It’s very similar to the standard, production K1600, aside from the different exhaust, front fender and finish but the overall design certainly has bagger overtones, including svelte and tidy lines and of course, the classic ‘bagger’ rear end. 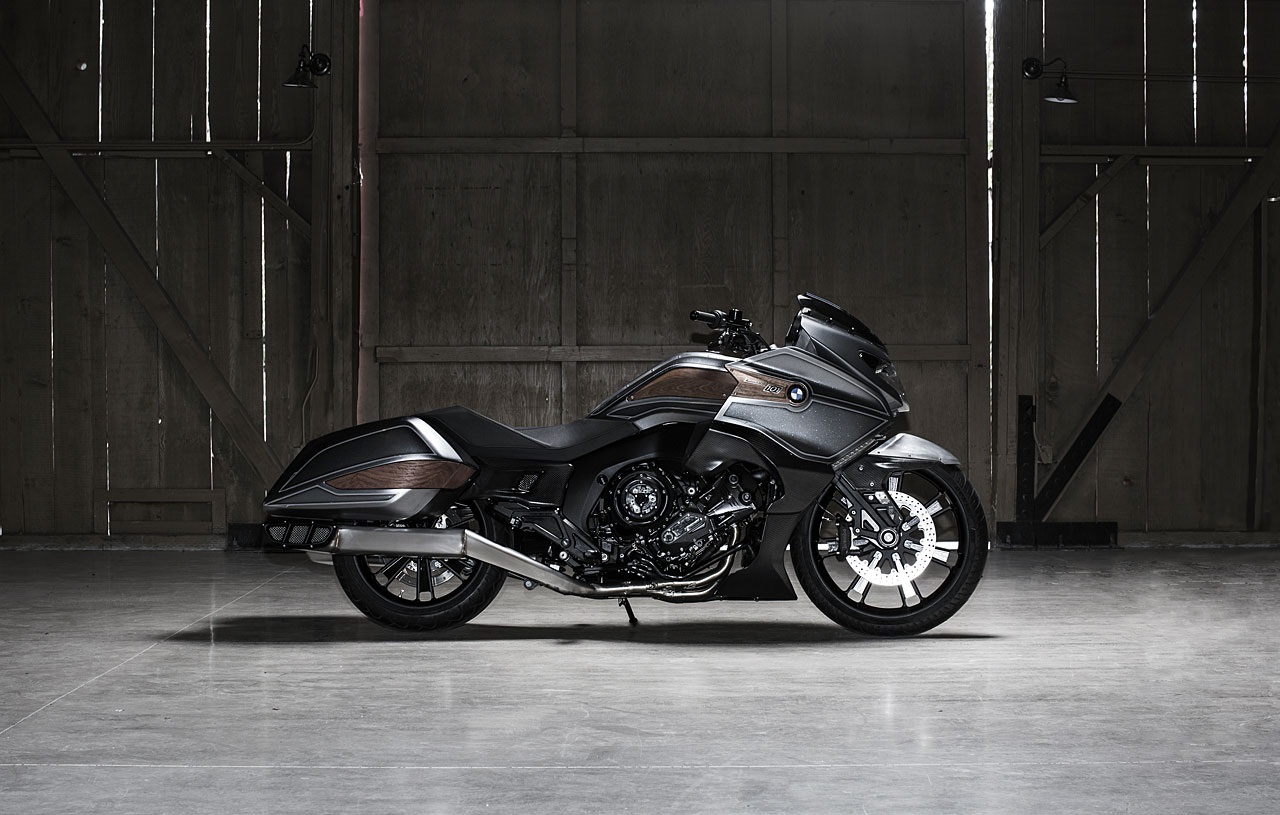 BMW worked with Roland Sands Design to produce the concept. RSD and BMW Motorrad worked together to produce some exclusive parts; they’ve worked together before in the past and their previous liaisons have given the world the Concept Ninety. This time, RSD have provided some exceptionally well-machined parts, including the clutch cover, timing chain cover and the wheels. 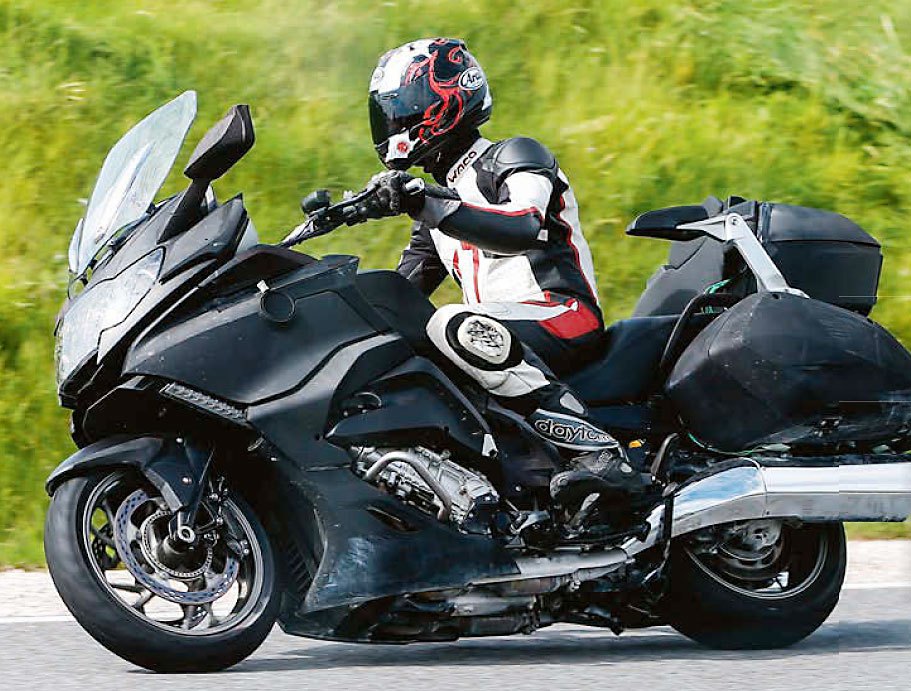 We’ll have to wait for more details as the projection moves forward but from what we can see here, we have a true and genuine bagger, complete with a drooping tail and cut-down screen. An earlier spy shot also saw a BMW bagger sporting a top box that doubled as a backrest and a taller front screen – both models are likely to go into production but it’s quite obvious that both machines are looking to rival the Honda Goldwing and F6B rather than the Harley Davidson end of the market.

BMW have been putting together and proposing a wide range of new concepts recently, including the BMW Scrambler model to rival the Ducati; it’s great to see BMW branch out and hopefully we’ll see more innovative and exciting designs in the near future. This is an awesome looking bike – what do you think? If the K1600 bagger isn’t ‘bagger’ enough for you, check out this beast of a machine.