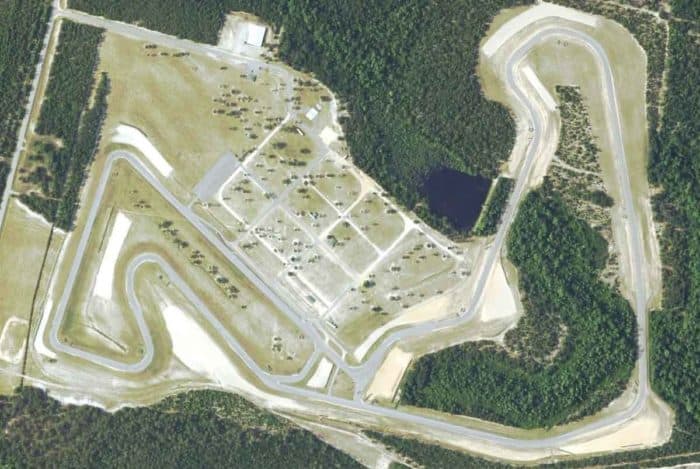 Who among us, when not dreaming of being a driving champion, hasn’t dreamt about owning a race track? Well here’s your chance. We’ve found tracks across the country from as low as $89,000 to around $10 million, ranging from a drag strip, to paved and dirt ovals, to a road course. Take a look.

The first facility we’ll be looking at has a fascinating but somewhat convoluted history. 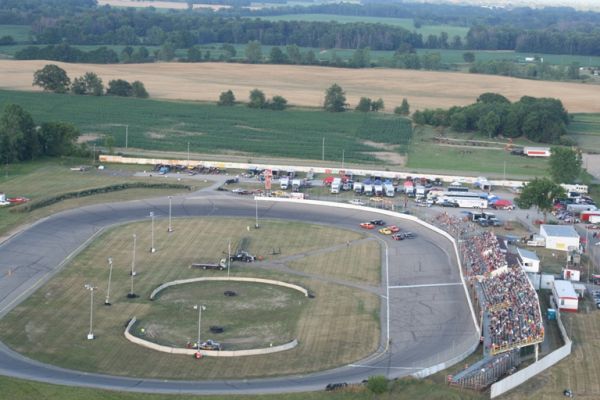 Owosso Speedway, in Ovid, MI,  is currently a 3/8ths mile progressively banked, paved oval with a seating capacity of 3,500. It opened in 1939 as a 1/4 mile dirt oval. Then in 1944 – 1945, the track served as a Prisoners of War (P.O.W.) Camp during World War II. Among those held captive were 200 members of Field Marshall Erwin Rommel’s Afrika Korps. (There’s a whole sidebar about two girls who worked in the canning factory with some of the POWs. With no American men around, the girl snuck two POWs they’d befriended out of camp for the night for a little fun. The four were discovered the next morning, the girls arrested, tried, and sentenced to a year in Federal prison).

OK, now follow this carefully: the track reopened for racing in 1946 with a new 1/2 mile dirt oval surrounding the existing 1/4 mile dirt track until 1953, when just the 1/4 mile was paved while the 1/2 mile remained a dirt oval. Then in 1972 the 1/2 mile track was also paved. Then in 1983 the pavement was removed from both tracks and the facility operated as both a 1/2 mile and 1/4 mile dirt track once again. Finally in 1983 the track was completely redesigned to its current 3/8ths mile high-banked paved oval configuration. If you buy the place you’ll have to remember all that.

In addition to the track and grandstands, included also are a concession stand, souvenir stand, playground, and pit garage. Asking price is $399,000. 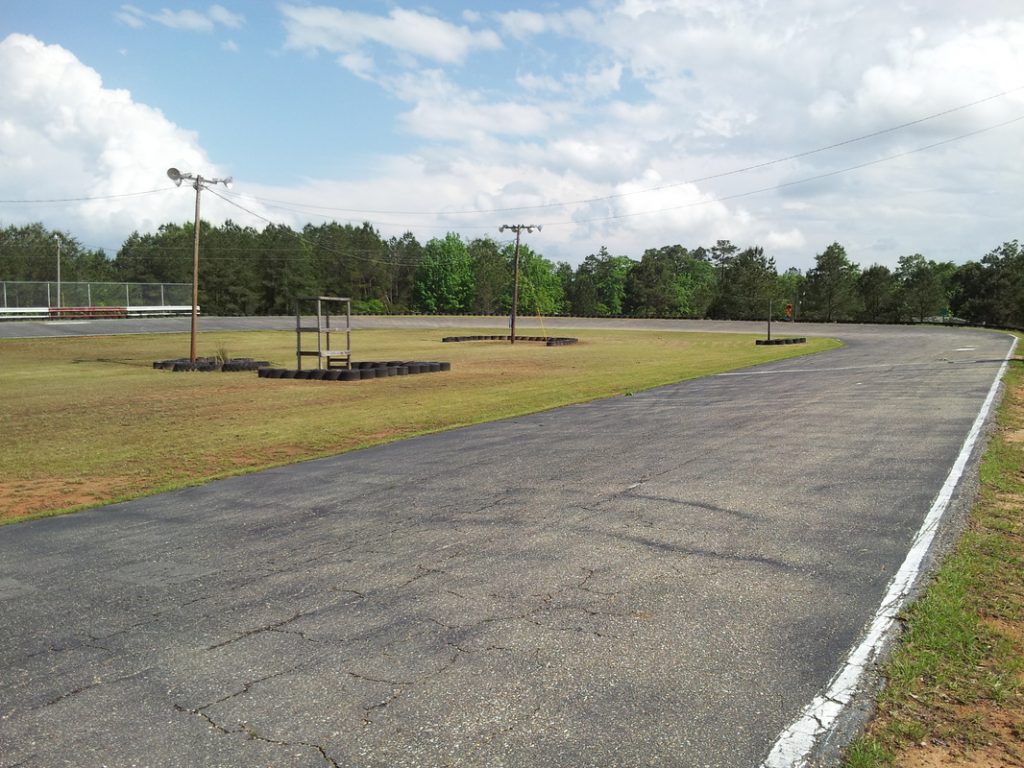 Lone Oak Speedway in Ozark, Alabama is a 1/5th (0.20) mile asphalt banked oval kart track that’s currently inactive. So if you’re looking for a private race track for your own driving pleasure, or you’d like to restore the facility to full operating condition, the choice is yours. The track sits on 16 acres, has a new paved driveway, and oh, by the way, a two master bedroom house. Asking price is  $89,000.

Update: The Lone Oak Speedway was sold in 2016 for a sum of $90,000. However, according to multiple raceway sources, it’s no longer operating as a race track. 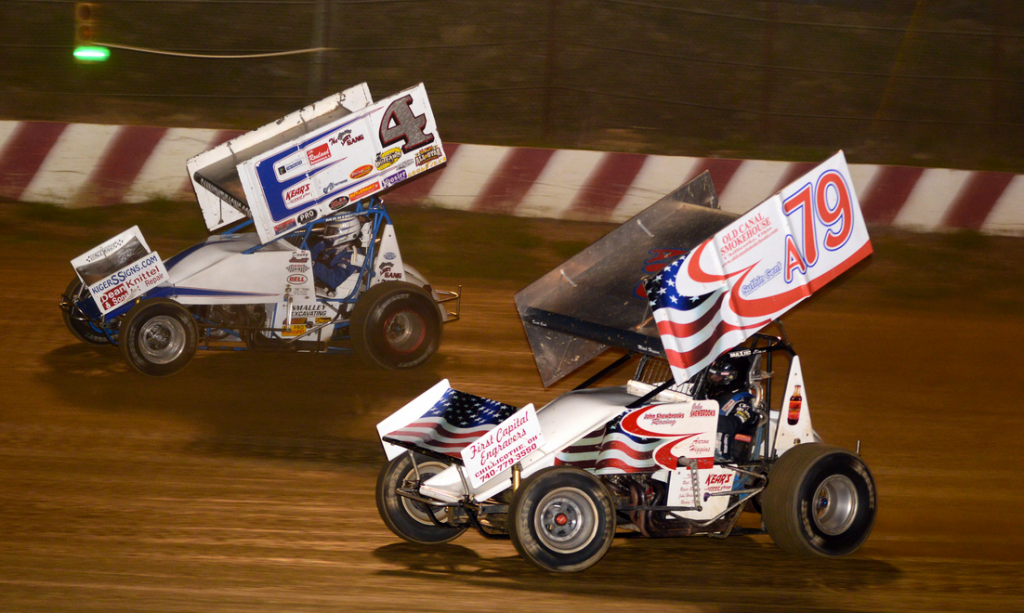 Included in the purchase on the 54 acre parcel are two large sets of bleachers, two permanent buildings (one is a two story unit on the General Admission side for concessions, VIP Suites, and rest rooms and the other a concession stand with rest rooms in the pit area also used for driver registration, a Daktronics 5 Position Score Board, and AMB Transponder timing and scoring loop already installed under the track. Asking price is $495,000. 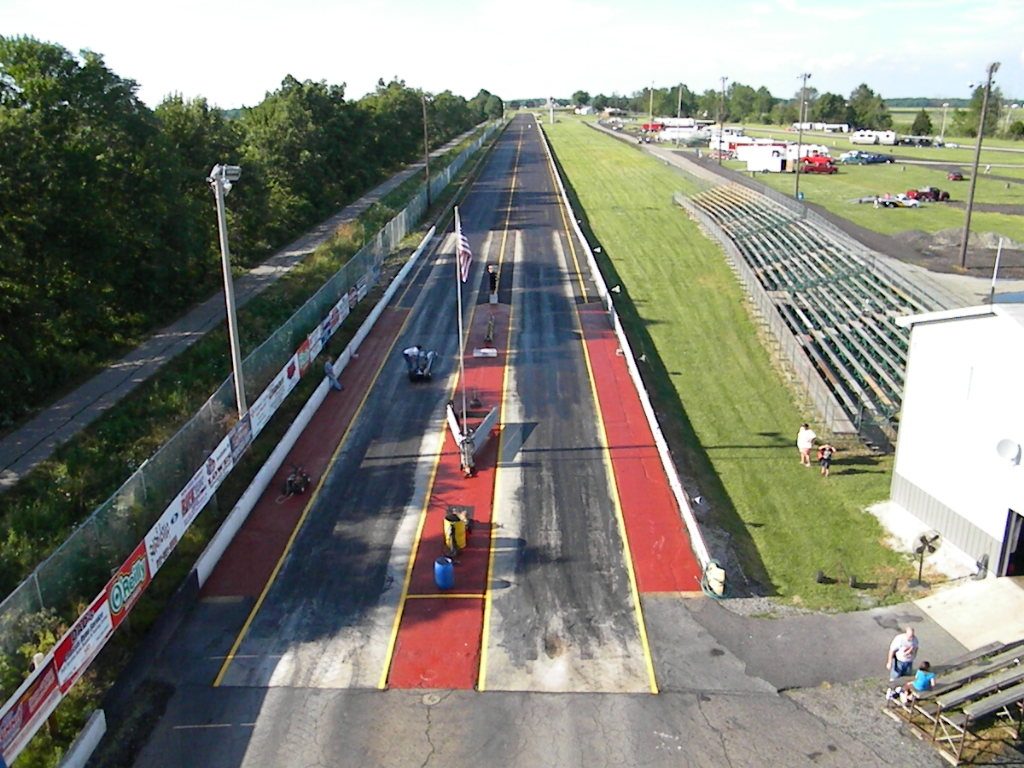 The first drag strip in Indiana, first opened in 1956, is being offered for sale by the current (second) owners who wish to retire. In a world where many race tracks change hands every few years, having only two owners for nearly 60 years is unusual stability.

Asking price is $650,000 for the drag strip, including the OutPost bar/grill/restaurant, a three bedroom brick ranch house, 40′ x 60′  shop building, all rolling stock, and all equipment to conduct race events including the timing system, as well as all the current equipment used in the operation of the bar/grill/restaurant on about 20 acres of land.

The adjoining Bunker Hill Speedway (dirt oval) property, with encompasses an additional 23.5 acres, is also for sale for $230,000. Asking price for the entire property combined is $850,000.

Update: The Speedway has been sold! The property was purchased for a sum of $650,000 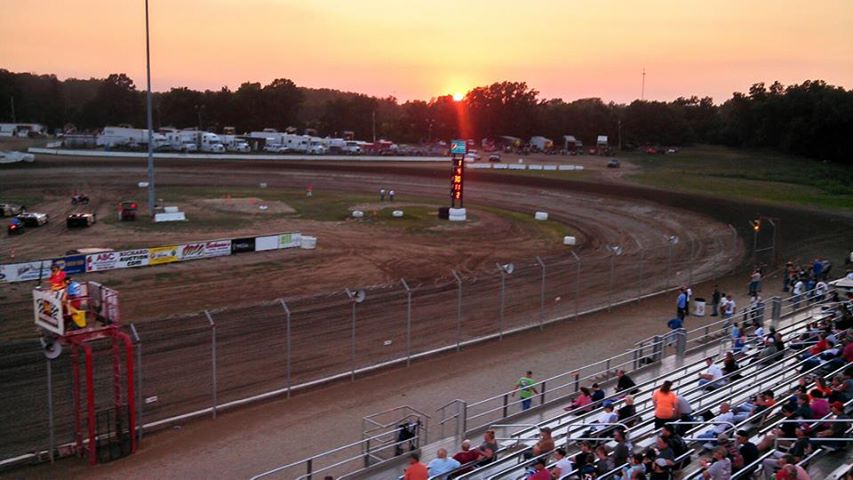 The facilities for sale include the racetrack, pits, grandstand, suites, offices and parking on 47 acres, aluminum grandstand seating for over 3800 fans, and a rarity at dirt ovals:  23 private box suites. The concession building includes a full service kitchen, walk in cooler,  service counters, and a box office for ticket sales.  Asking price is $1,400,000.

Update: This track was sold for an undisclosed sum. Negotiations began in 2017 with a deal being finalized in early 2018. 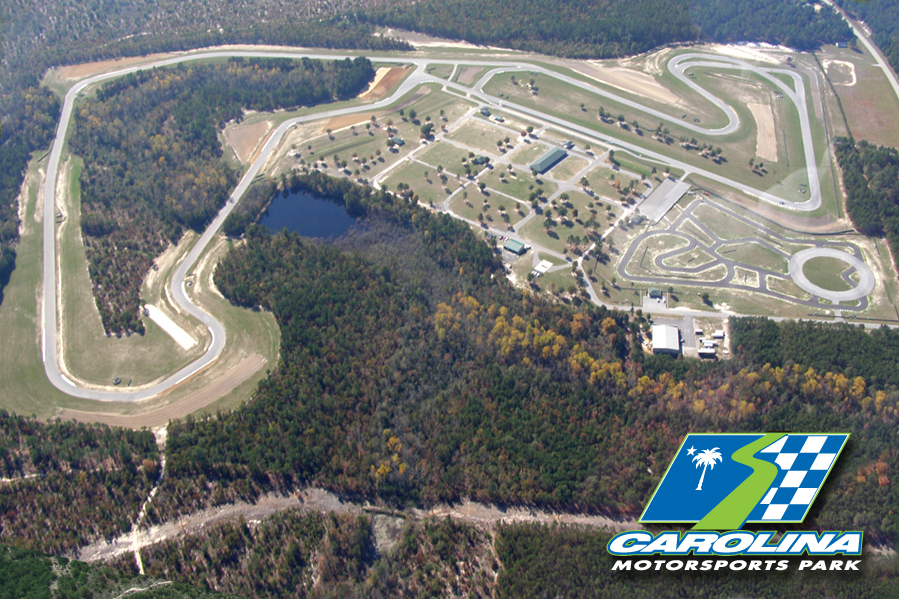 The owners of Carolina Motorsports Park, a road racing facility located in Kershaw, S.C.,have announced their interest in selling the 280-acre property. The facility contains a 2.27-mile road course and a .7-mile karting track. After 15 years the owners have decided to retire.

The course opened in 1999 and on weekdays the road course is used primarily for race team practice, car manufacturer testing, TV show and commercial filming as well as law enforcement training. Weekends are booked for auto and motorcycle races, track time events, and driver education. In recent years several NASCAR teams have tested at CMP in preparation for their road course events. 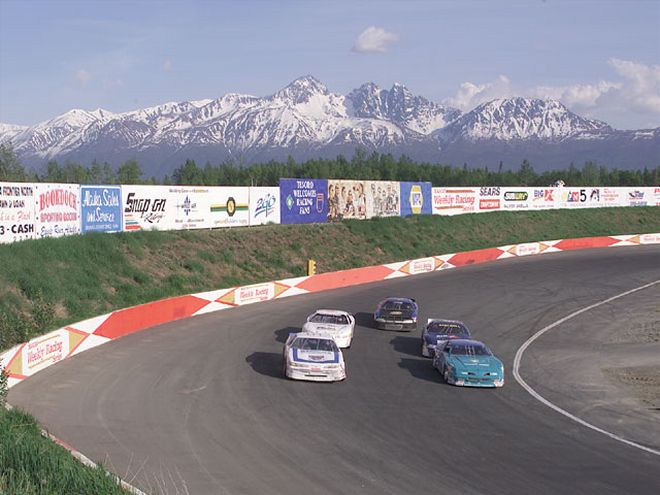 Built in 1997 North Star Speedway is a 1/4 mile paved asphalt oval situated on 15 acres. Located in the beautiful Matanuska-Susitna Valley of Alaska, 35 miles from Anchorage.
The facility includes grandstands for 3000 ticket holders, tower, offices, kitchen, rest room facilities, an 11,000 square foot shop building and a three bedroom log home. The asking price is $1,500,000 but the owner is willing to assist with financing. According to some sources, the track has been dormant since 2012.